One of the biggest heartthrobs that Hollywood has ever produced, Leonardo DiCaprio is also a rare pretty boy actor with the talent to back up his good looks.

From his heartbreaking performance in Titanic to his Oscar-winning role in The Revenant (not to mention Oscar-nominated turns in The Wolf of Wall Street and Once Upon a Time… In Hollywood), DiCaprio – now 46 – has become one of the most important actors of his generation. And to think it all started in 1989 with a guest appearance on TV’s The New Lassie…

You may think you already know everything there is to know about Leo – heck, he’s been written about in gossip columns possibly more than any other actor – but below are 20 things you may not have realised about this true acting great.

20. He was kicked off his first TV show for being ‘disruptive’ 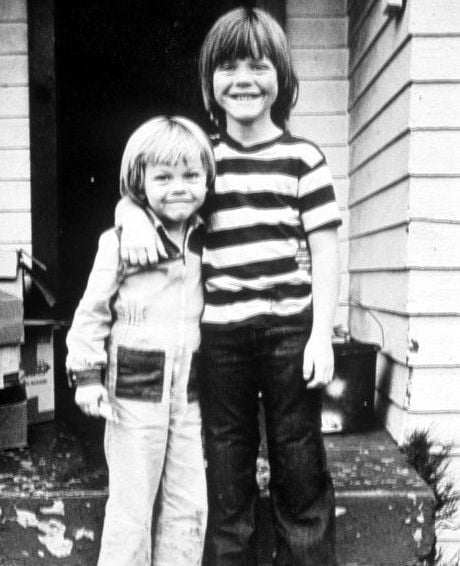 Believe it or not, Leo has been acting since the 70s; he made his debut in 1979, at just 5 years old, on the kids’ show Romper Room and Friends.

Unfortunately for the young hellraiser, DiCaprio was kicked off the set before long for being ‘disruptive’, according to People magazine. 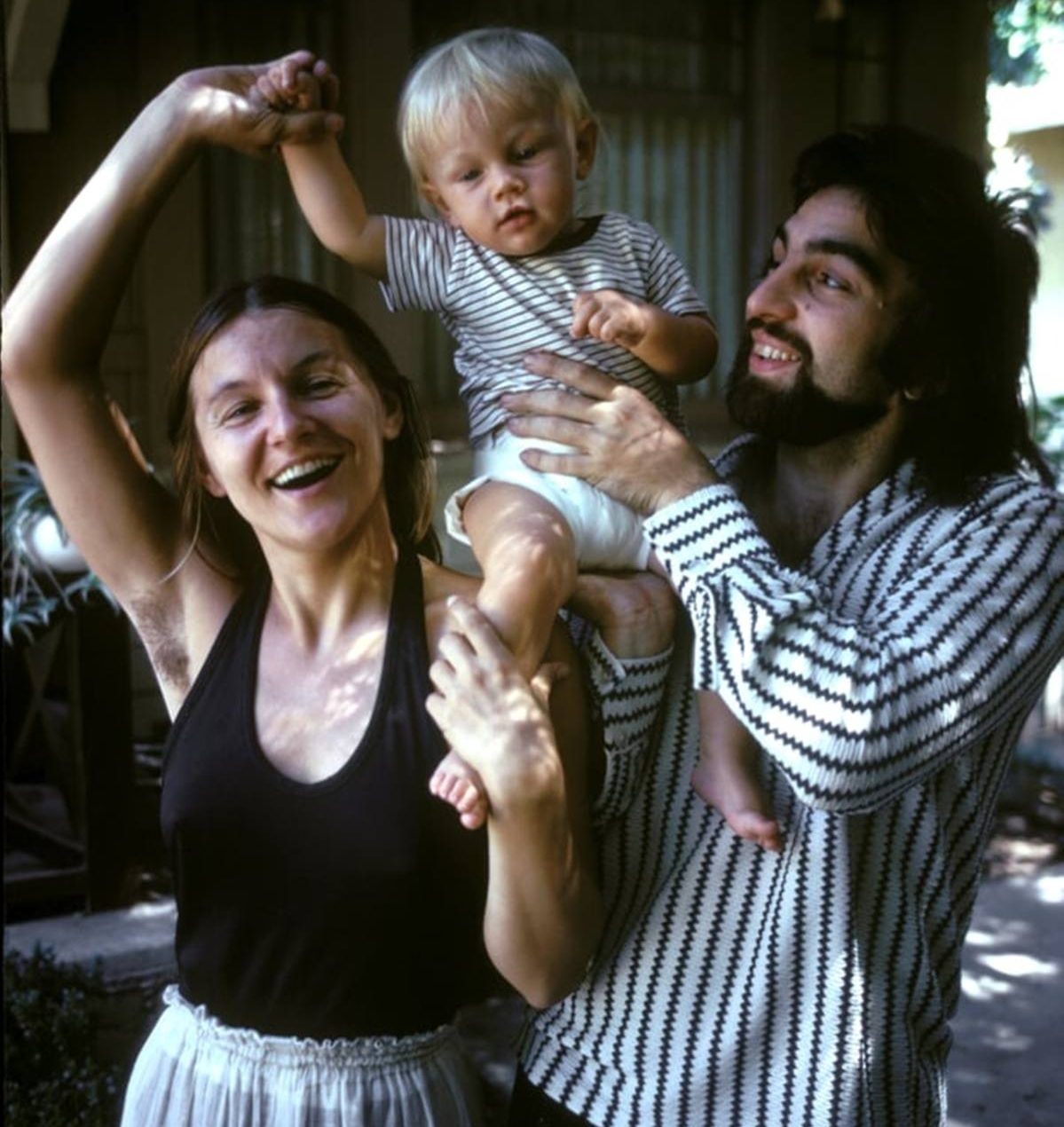 DiCaprio’s background is more surprising than you might think. Born in 1974 to Irmelin and George DiCaprio, Leo’s heritage spans Europe.

While his father is German-Italian, DiCaprio’s mother is of Russian descent. It’s for this reason that Leo has in the past referred to himself as “half-Russian”.

18. He can speak German and Italian

DiCaprio might have cultivated the image of an all-American boy, but thanks to his background he knows more than just the basic English.

Having spent part of his childhood in Germany with his maternal grandparents, and with his father of both Italian and German descent, DiCaprio knows a little German and Italian. He even spoke to the Pope in Italian when they met in 2016.

17. He was named after Leonardo da Vinci 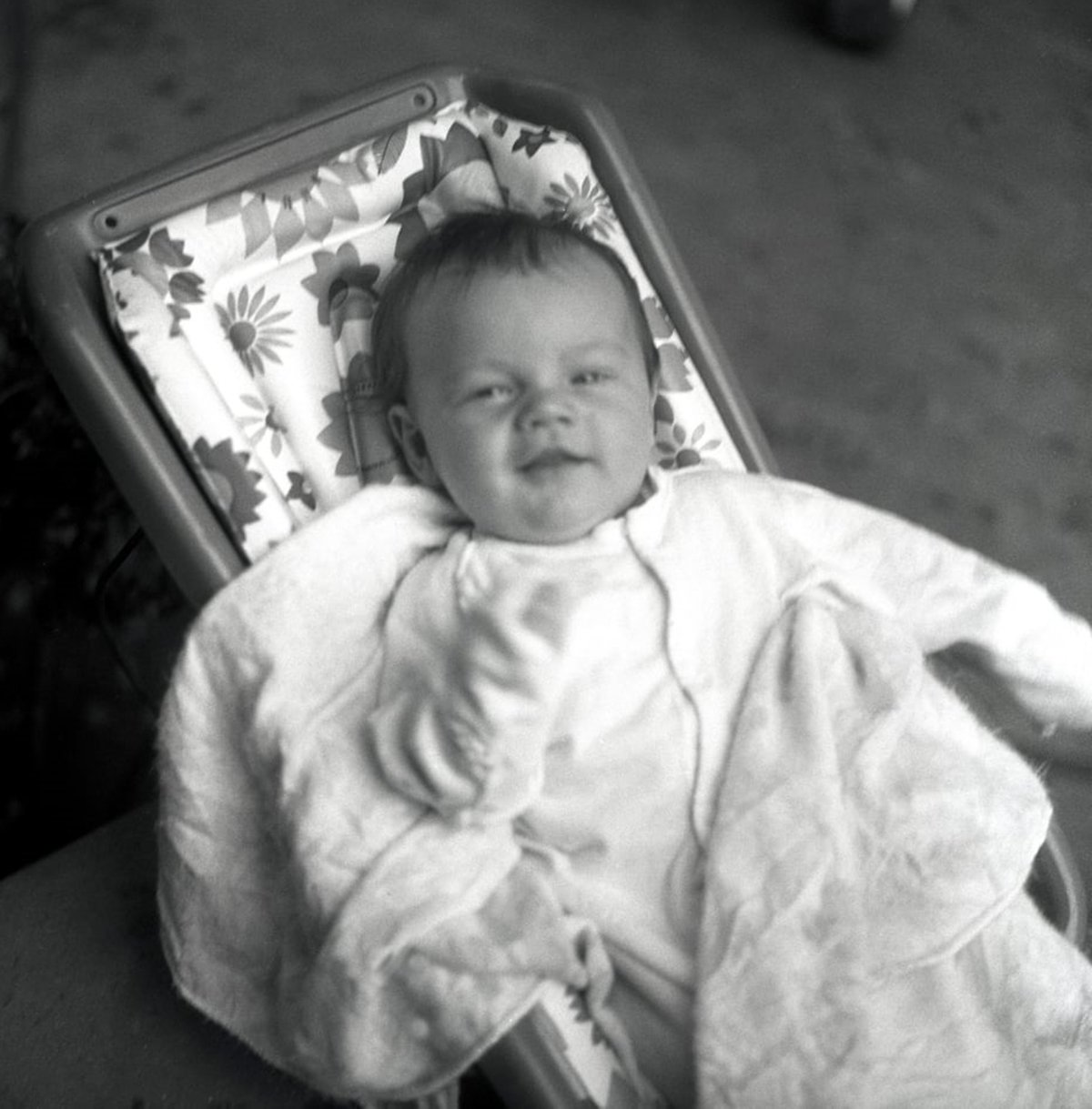 From birth, DiCaprio seemed almost destined to become a movie star, what with an extravagant name like Leonardo Wilhelm DiCaprio.

There’s a story behind that flamboyant birth name: DiCaprio was given the name Leonardo by his pregnant mother, when she first felt him kicking while looking at a Leonardo da Vinci painting in a museum in Italy.

16. He got his big break starring in TV commercials when he was a kid 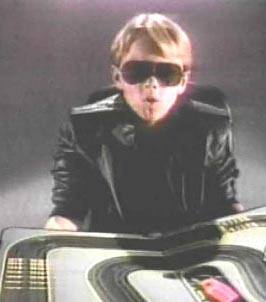 Just like his older step brother Adam Farrar, Leo started his career by appearing in TV commercials in the 80s.

He got his first ad aged 14, for Matchbox Cars, while further ads for Kraft Foods, Apple Jacks and Bubble Yum followed.

15. It was Robert De Niro who first ‘discovered’ him 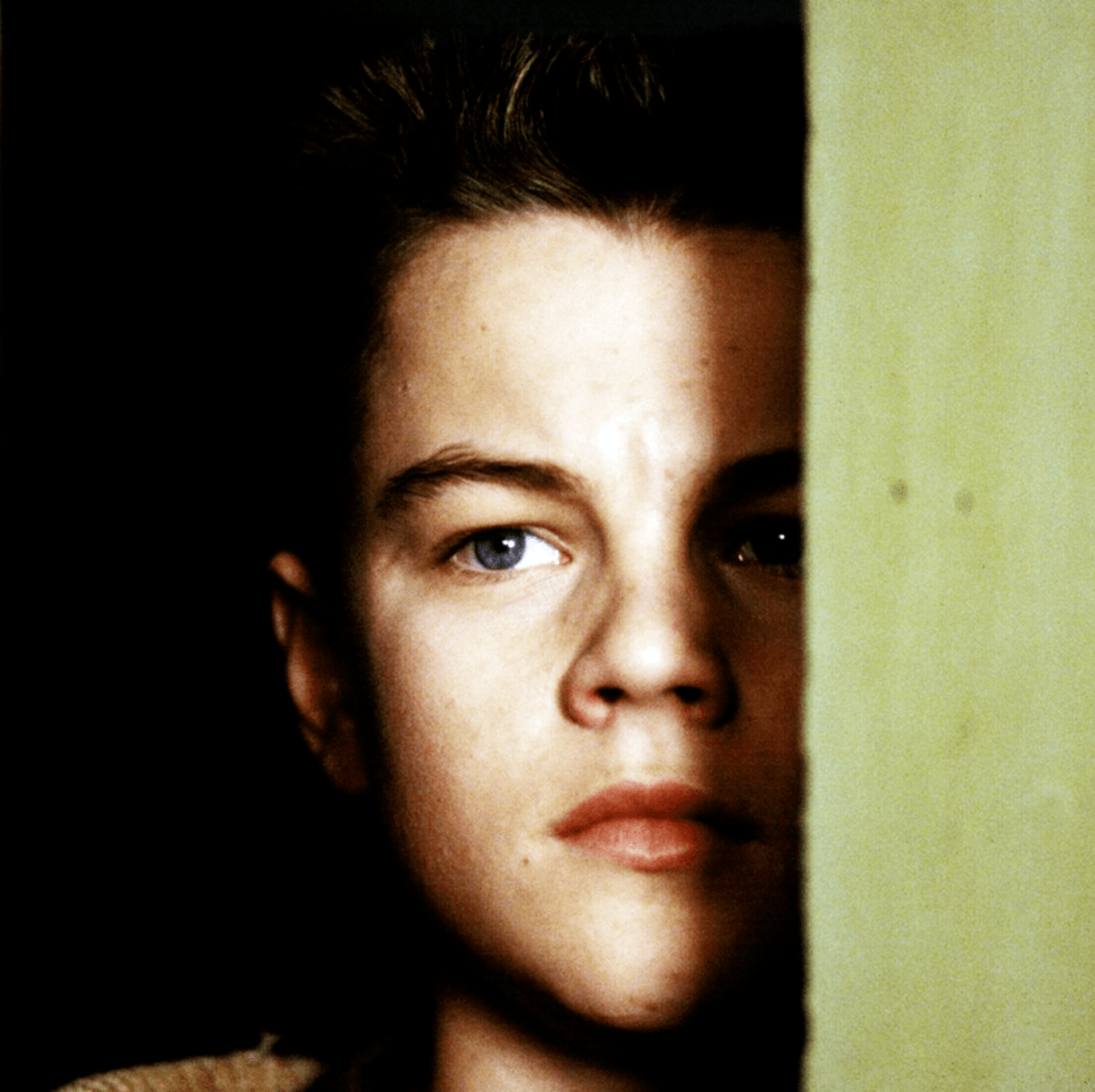 If it wasn’t for Robert De Niro, Leonardo DiCaprio might not be where he is today.

In 1992, Robert De Niro chose Leonardo out of a group of 400 young actors to play the lead role in This Boy’s Life, a film in which De Niro played Leo’s stepfather. The film was DiCaprio’s big break, setting him on a path to stardom.

14. His agent wanted him to change his name to ‘Lenny Williams’ 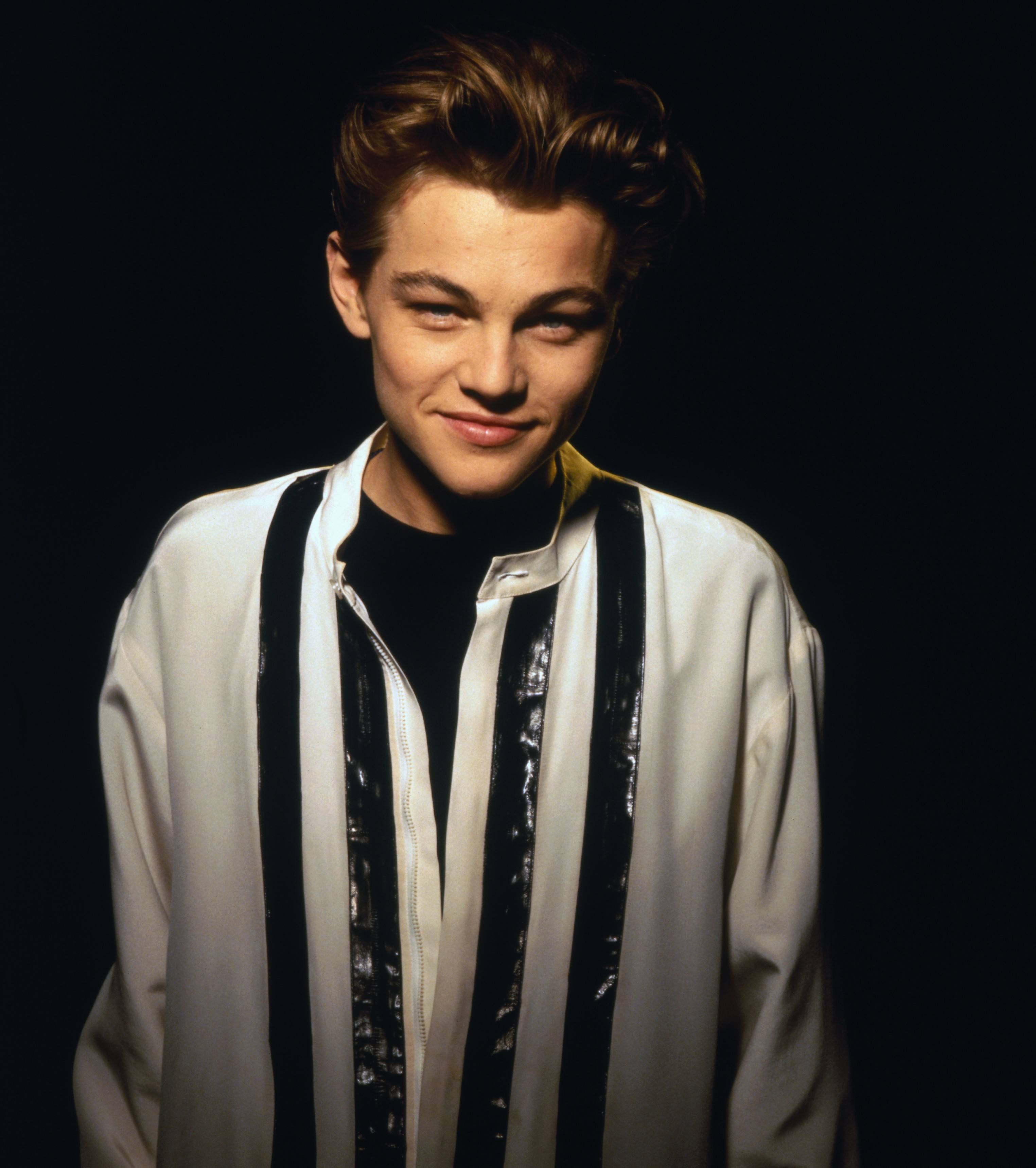 It’s generally agreed that Leonardo DiCaprio is one of the coolest and most unique-sounding names in Hollywood. However, when Leo was simply an unknown actor starting out in New York, his name didn’t have quite the same draw as it does now.

During an early business meeting, Leo’s first agent refused to sign him unless he agreed to change his name to Lenny Williams, arguing that Leonardo Wilhelm DiCaprio was ‘too ethnic’. Thankfully, Leo refused. 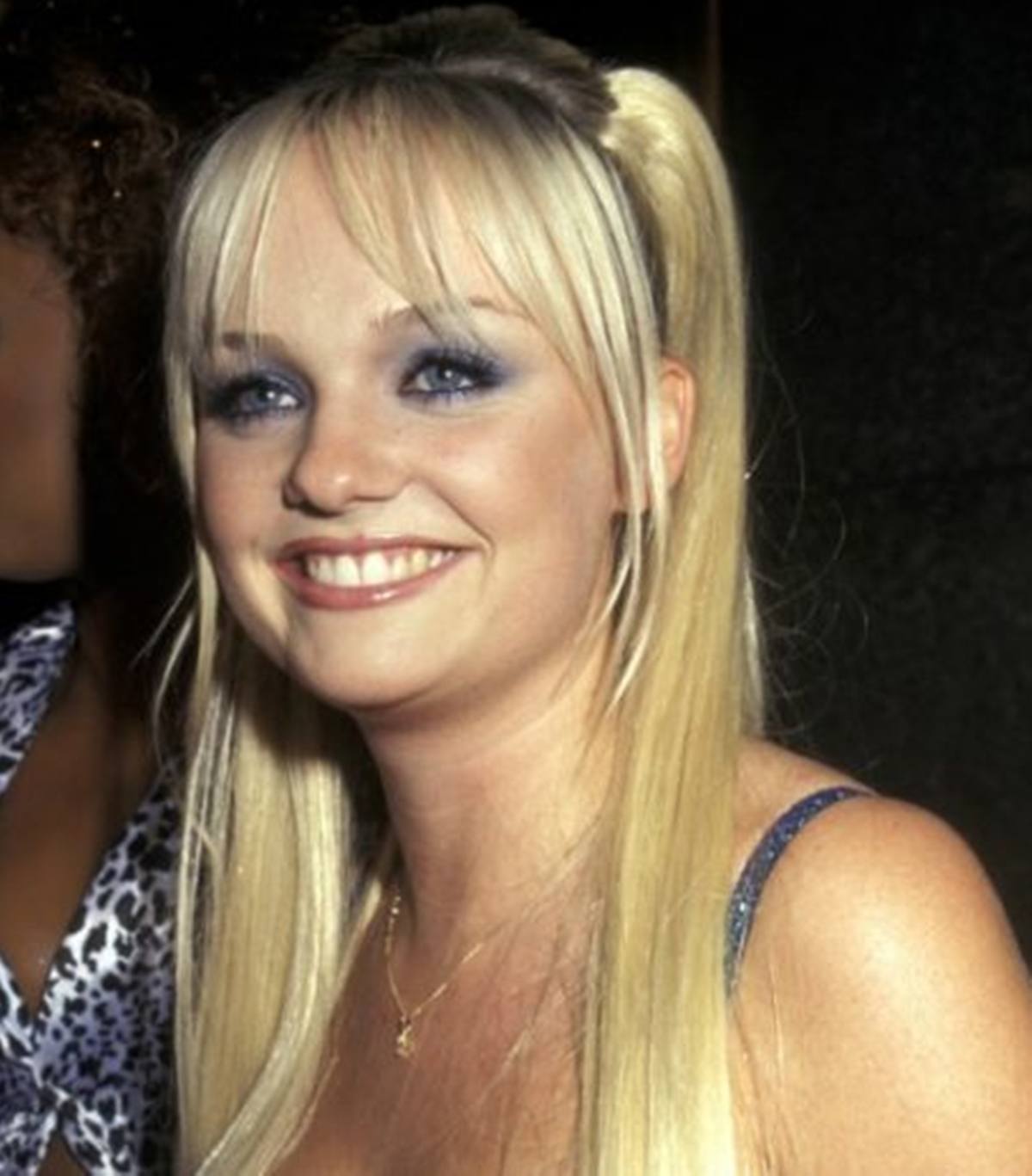 The list of women that Leonardo DiCaprio has dated is an exhausting one, with names like Bijou Phillips, Kristen Zang, Emma Miller, Gisele Bündchen, Blake Lively and Bar Refaeli having come and gone over the years.

In 1997 came DiCaprio’s most surprising fling: for a brief period, he dated Emma Bunton, aka The Spice Girls’ Baby Spice. Currently, Leo is said to be in a relationship with Camila Morrone, a model 23 years his junior.

12. He recently had to surrender millions of dollars’ worth of art to the US government 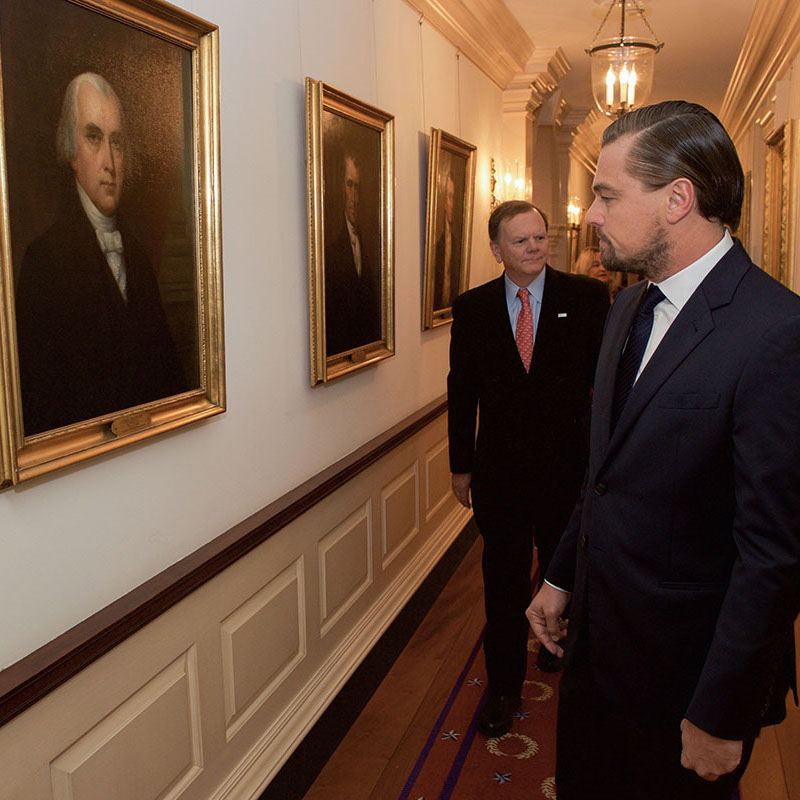 In 2017, reports circulated that DiCaprio had voluntarily surrendered to the US government several pricy ‘gifts’ as part of an ongoing investigation into an international money-laundering operation connected to the Malaysian PM, Najib Razak.

The items that Leo surrendered included several expensive pieces of art – a Picasso painting here, a Basquiat collage there – a Diane Arbus photograph and the Oscar that Marlon Brando won for his performance in On the Waterfront.

11. He collects dinosaur bones as a hobby 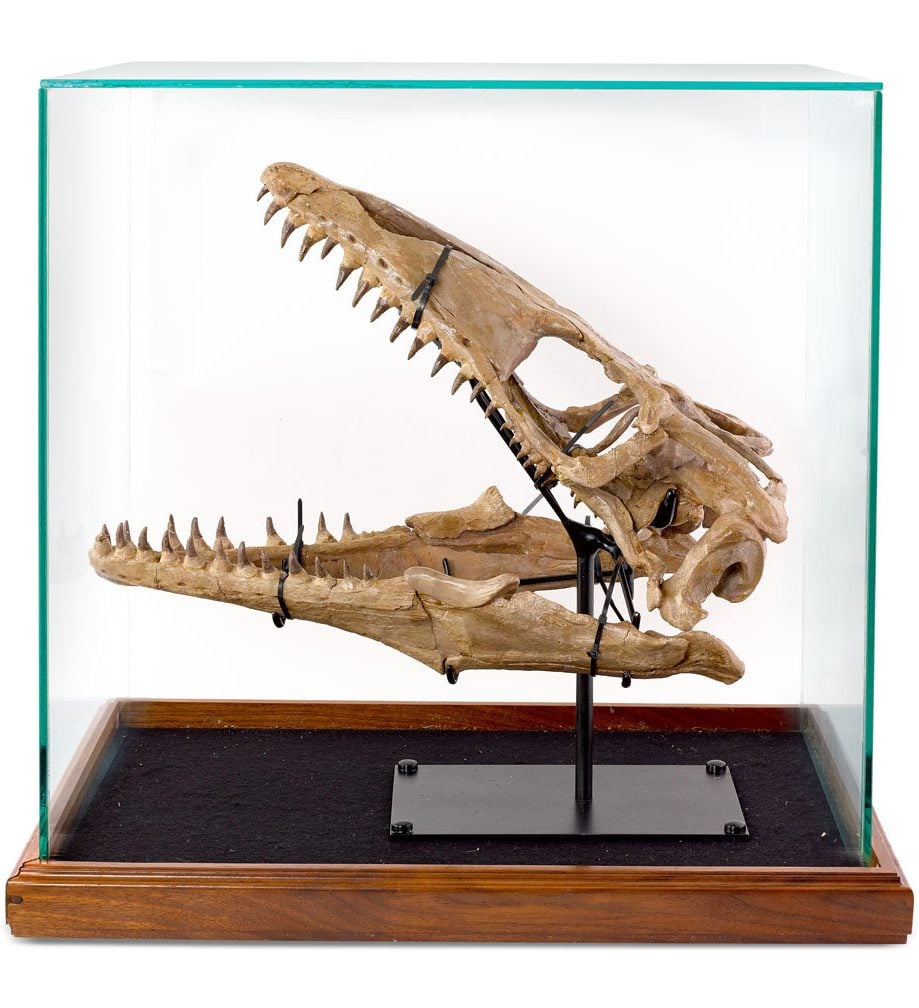 Expensive art and statuettes belonging to acting legends aren’t all DiCaprio likes to keep in his home; the star’s a big fan of dinosaur bones, too.

DiCaprio reportedly has a legit fossil collection. In the past, he’s gone head-to-head with Nic Cage in an auction for a $276,000 dinosaur skull and sold a Mosasaur skull he presumably got bored of to Russell Crowe while the pair were filming Body of Lies.

10. A former model once attacked him at a party with a broken bottle 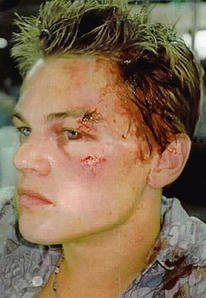 DiCaprio has been partying hard with countless women for a long time now, and unfortunately not every encounter has ended so well for the actor.

In 2005, Leo received severe facial injuries when model Aretha Wilson slashed him with a broken bottle at a party, leaving him needing 17 stitches on his neck and face. Wilson was sentenced to two years in prison for the attack.

9. He’s a master of disguise 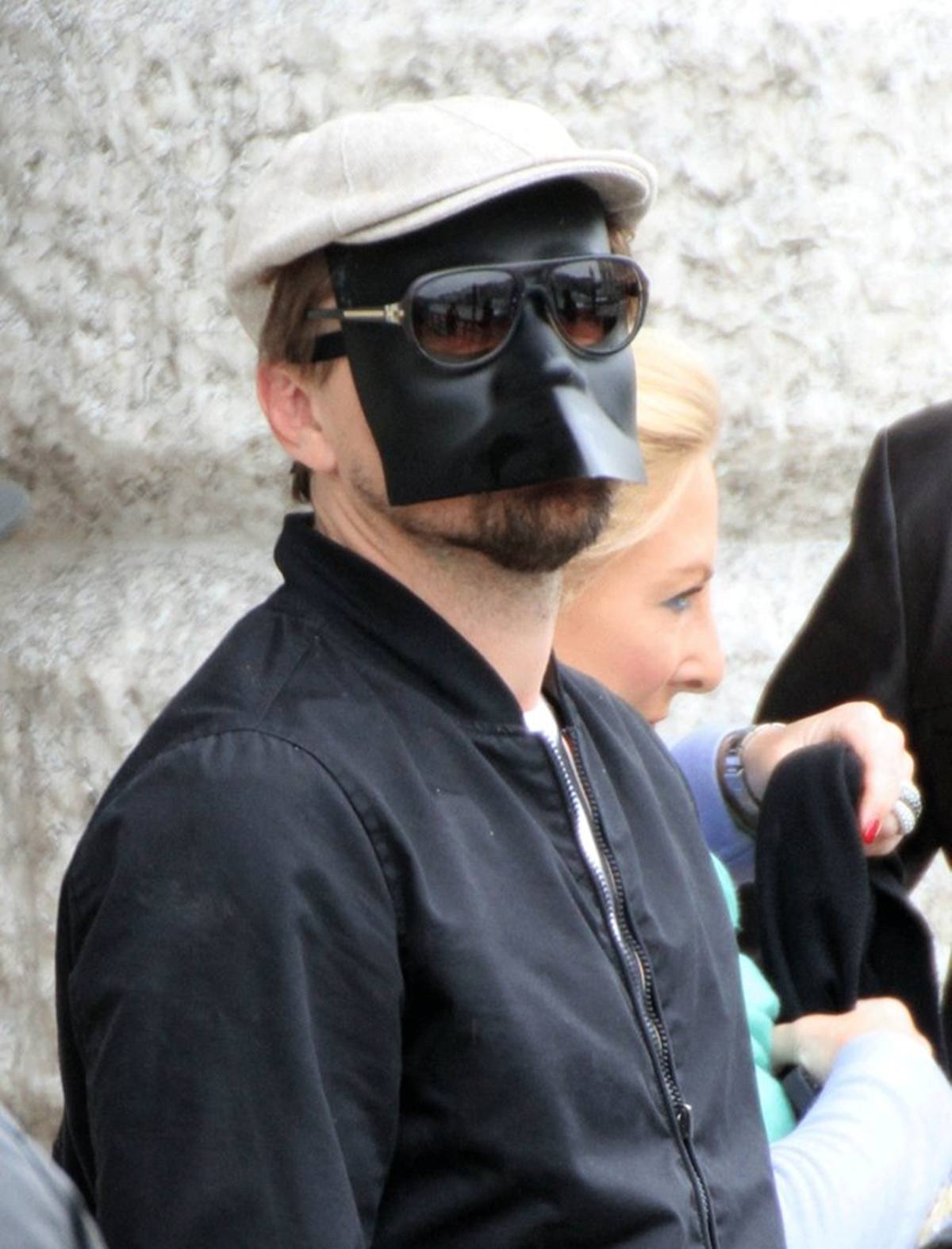 DiCaprio is well known for using all manner of disguises to try and escape the clicking finger of the paparazzi.

DiCaprio has been spotted (in a fashion) wearing ski masks, scarves and – strangest of all – a black metal mask in order to stay un-swarmed by the general public.

8. He has his own island 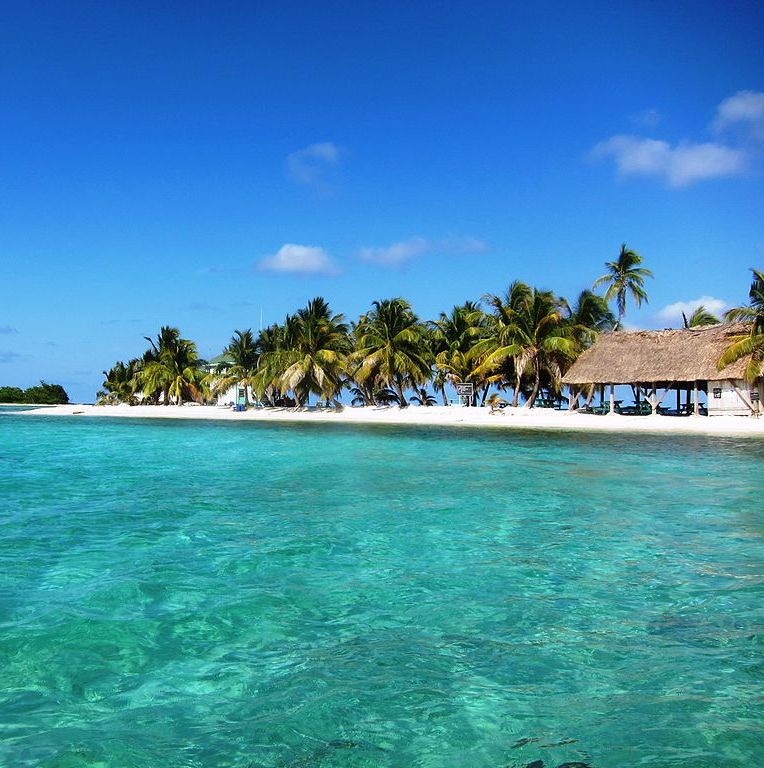 Like Marlon Brando and Johnny Depp before him, Leonardo DiCaprio is at such a level of rich and famous that he actually has his own island.

In 2005, the Oscar winner purchased Blackadore Caye off the coast of Belize for $1.75 million, and since then he’s been busy transforming it into an eco luxury resort. It’s estimated the resort will generate over $200 million in revenue over the course of 20 years.

7. He and Claire Danes really didn’t get along 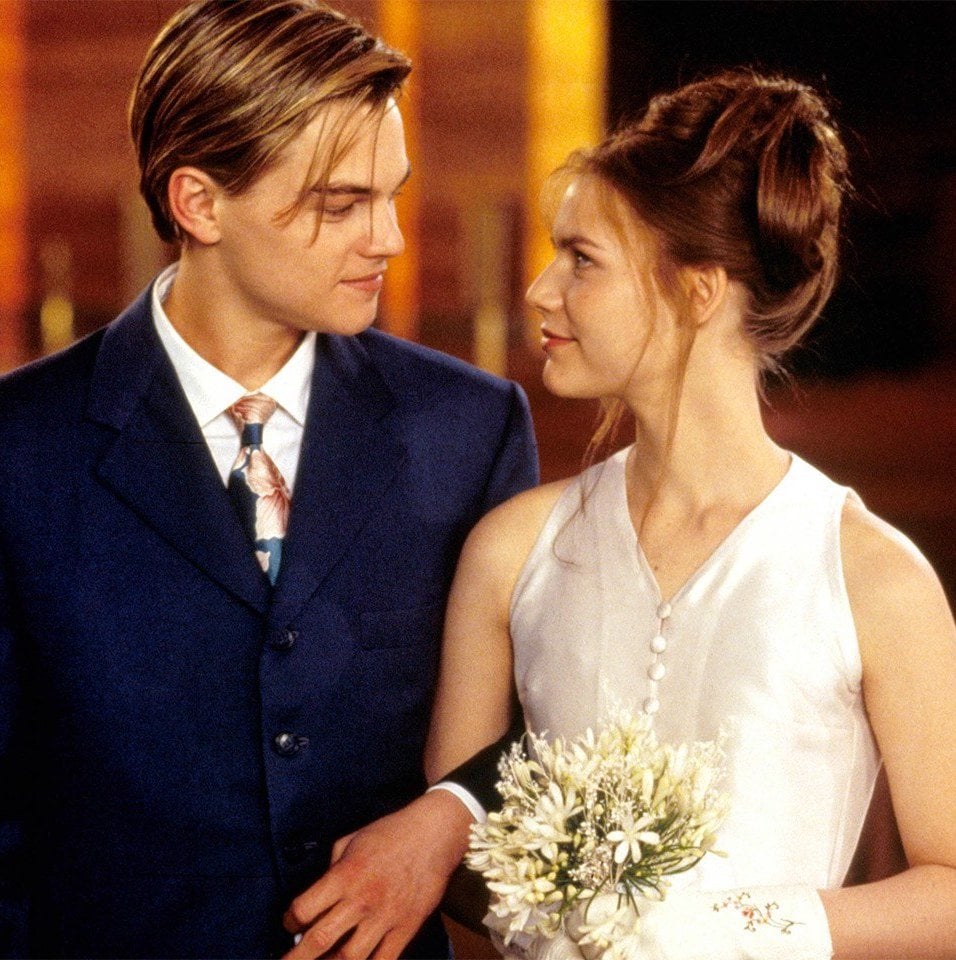 Back when he was just starting out, DiCaprio’s on-set tomfoolery and practical jokes could sometimes rub his co-stars up the wrong way.

It’s long been rumoured that ‘immature’ 22-year-old practical joker DiCaprio clashed with the more professional 16-year-old Claire Danes whilst filming Romeo + Juliet, to the point where the pair would avoid one another off-set. A real life Romeo and Juliet they were not.

6. He paid the nursing home fees for the last survivor of the Titanic 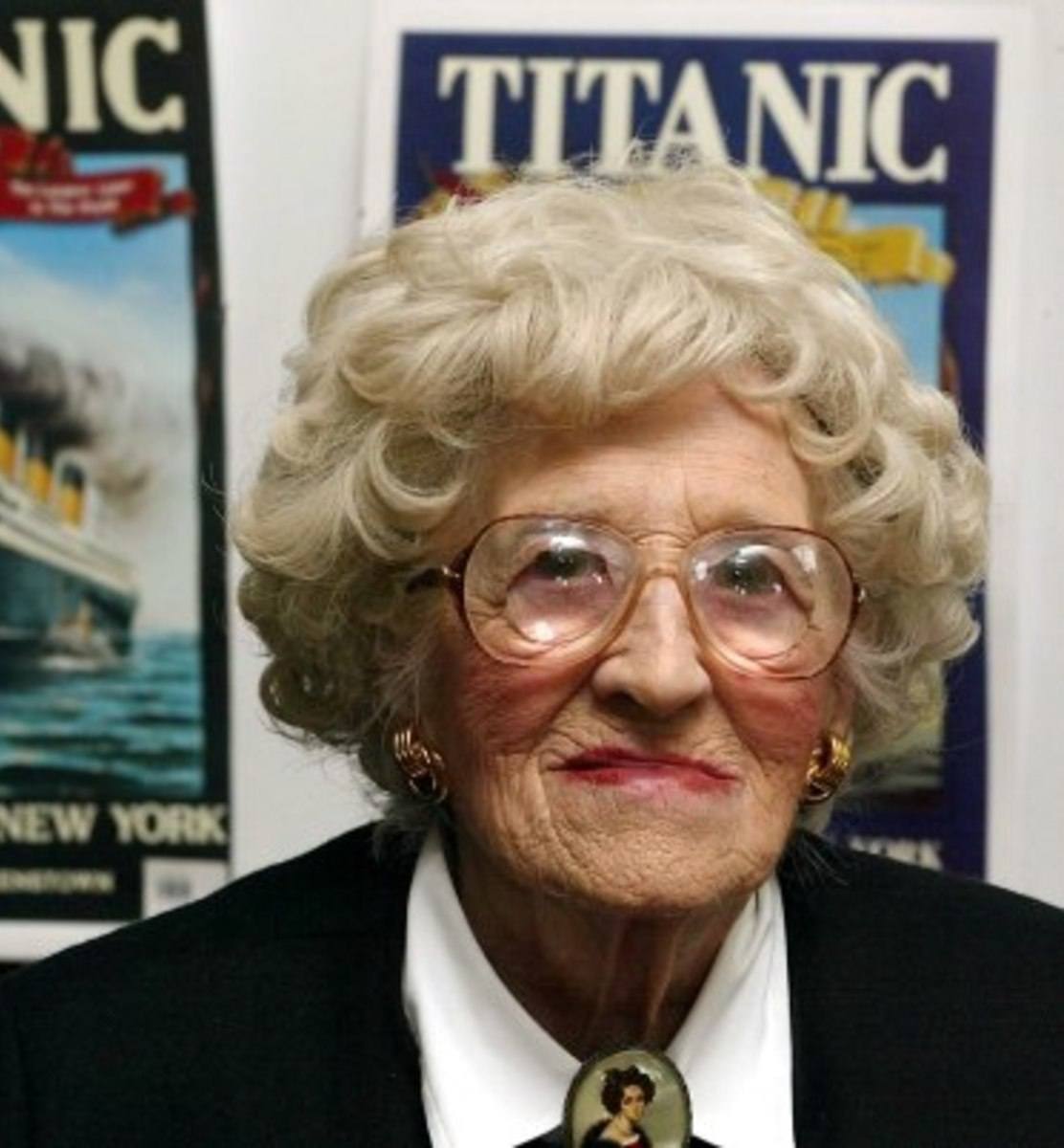 Leo is famed for his reputation as a philanthropist and eco-warrior, and his generosity once extended to Millvina Dean, the last living survivor of the Titanic disaster.

In 2009, reports circulated that Dean was having to sell off her memorabilia and other possessions in order to pay her nursing home bills. DiCaprio, along with his Titanic co-star Kate Winslet and director James Cameron, publicly pledged to secure Dean’s future payments and fund any other living costs she needed, paying $30,000 each.

5. Vladimir Putin is a fan 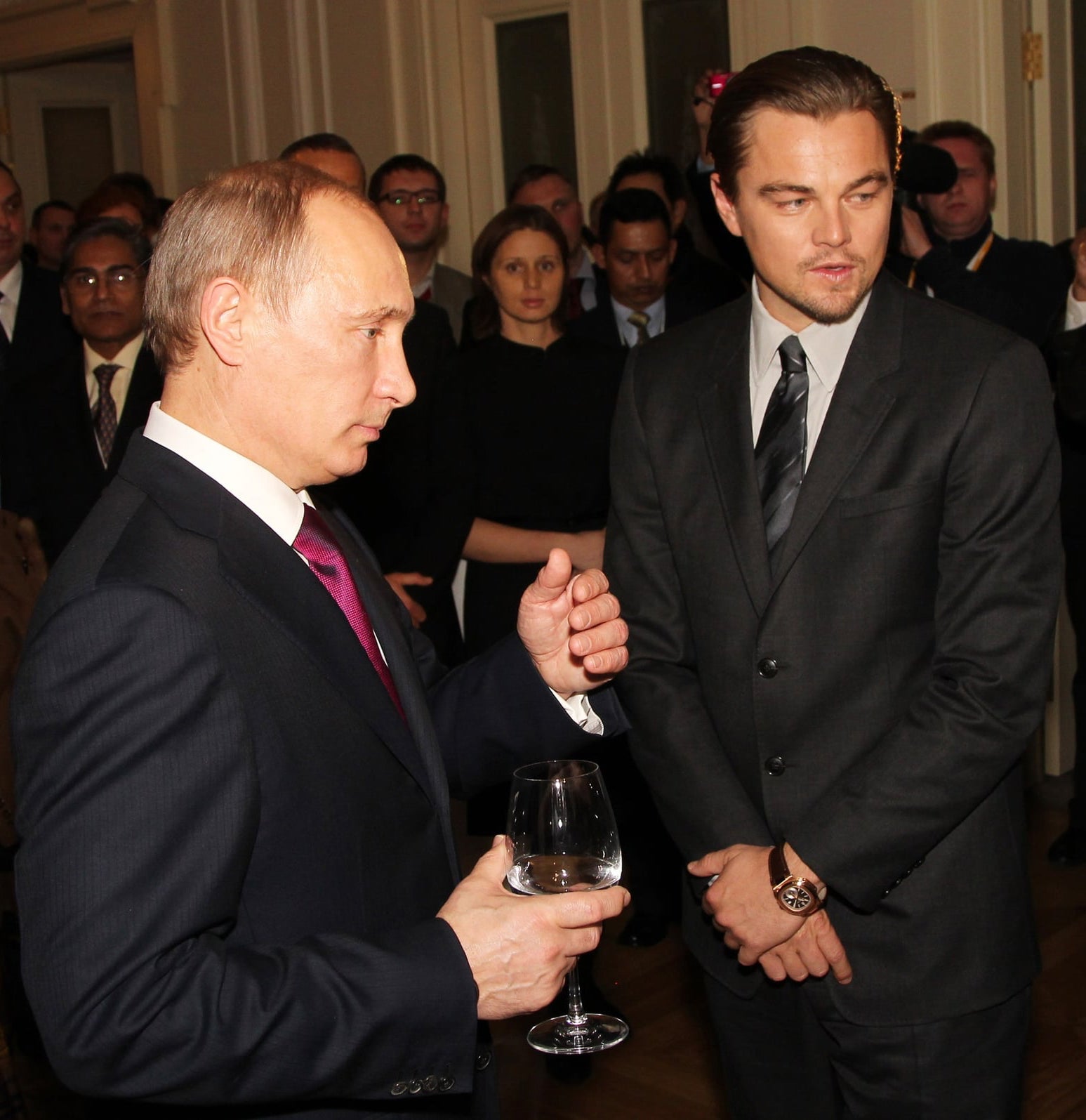 Vladimir Putin isn’t exactly a massive fan of the West, but there is one Hollywood actor that he never misses watching – Leonardo DiCaprio. Apparently Leo gained the Russian president’s respect after he overcame a horrendous journey to speak at the WWF Tiger Conservation Forum in St. Petersburg.

Leo’s first flight from JFK to Moscow was forced to make an emergency landing shortly after take-off due to an engine malfunction. His replacement flight then had to make an unscheduled stop in Helsinki to refuel after the plane experienced strong winds over the Atlantic. Putin hosted the event and stated that a lesser man “could have read it as a sign – that it was not worth going” but acknowledged the effort that Leo had made to get there. In fact, he referred to Leo in glowing terms as a ‘muzhik’ or ‘real man’.

4. He was once the biggest star on the planet 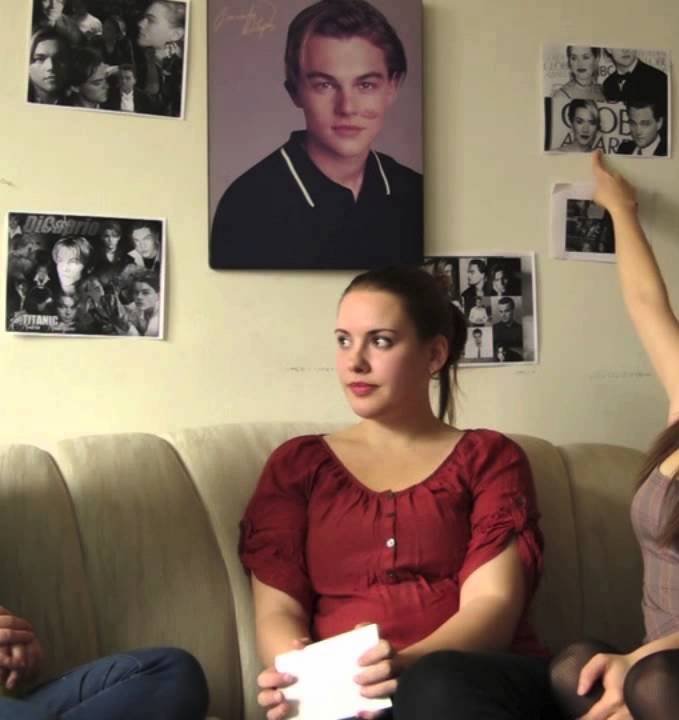 During the 1990s, especially after the release of Titanic, DiCaprio was perhaps the biggest entertainment star on the planet, especially among teenage girls.

Around that time, ‘Leo-mania’ saw DiCaprio appear on the front cover of many teen magazines, while in 1998, out of the top six books on The New York Times Best Seller list, three were about Leo.

3. He’s serious about the environment 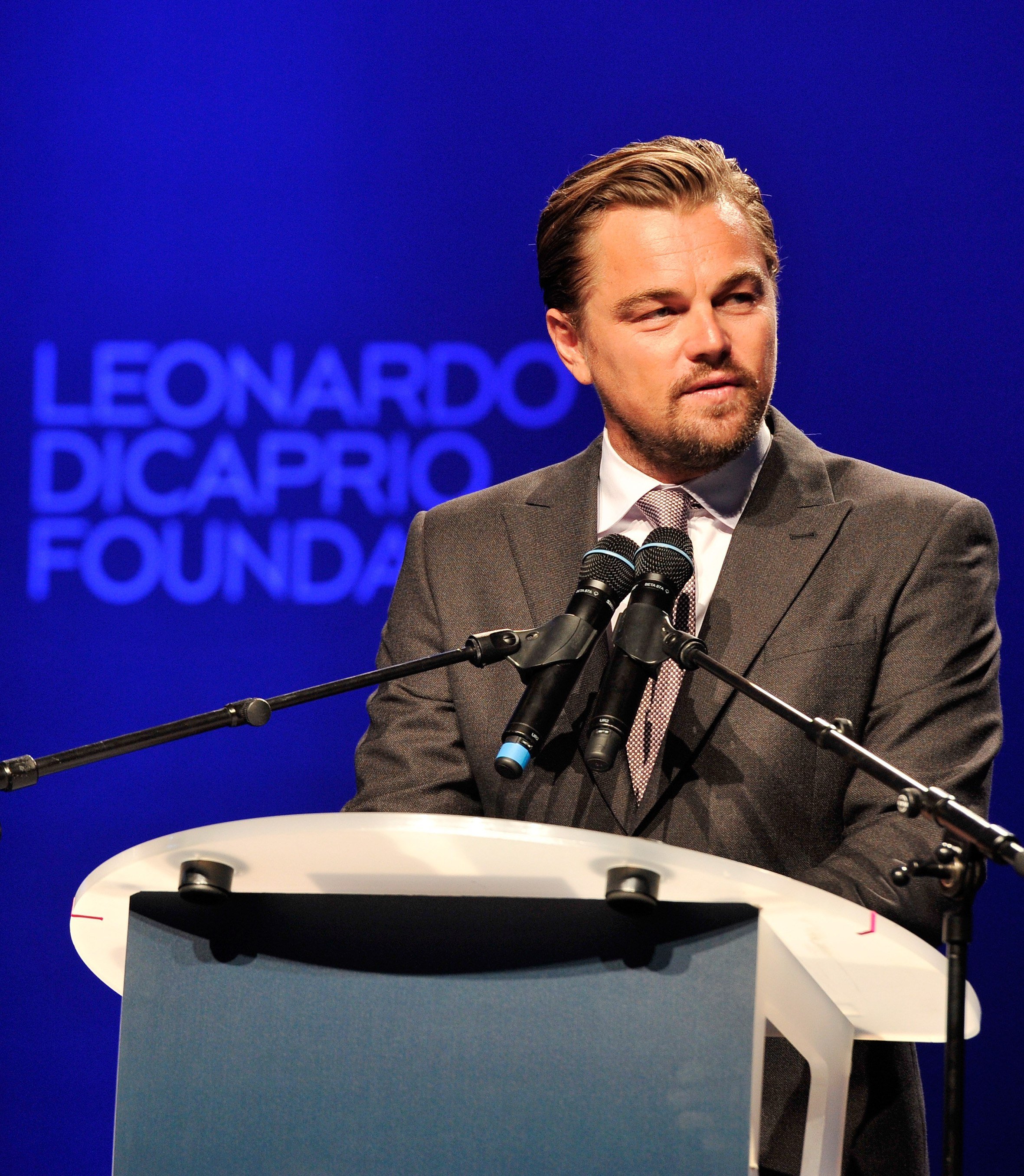 When it comes to environmental issues, DiCaprio really is a muzhik; in fact, there’s nobody in Hollywood who’s been as vocal about climate change and conservation than Leo.

He started early, too: in 1998 and at the height of his success, DiCaprio founded the Leonardo DiCaprio Foundation, which is a non-profit organisation that promotes environmental awareness to this day.

2. His first ever Oscar win broke the internet 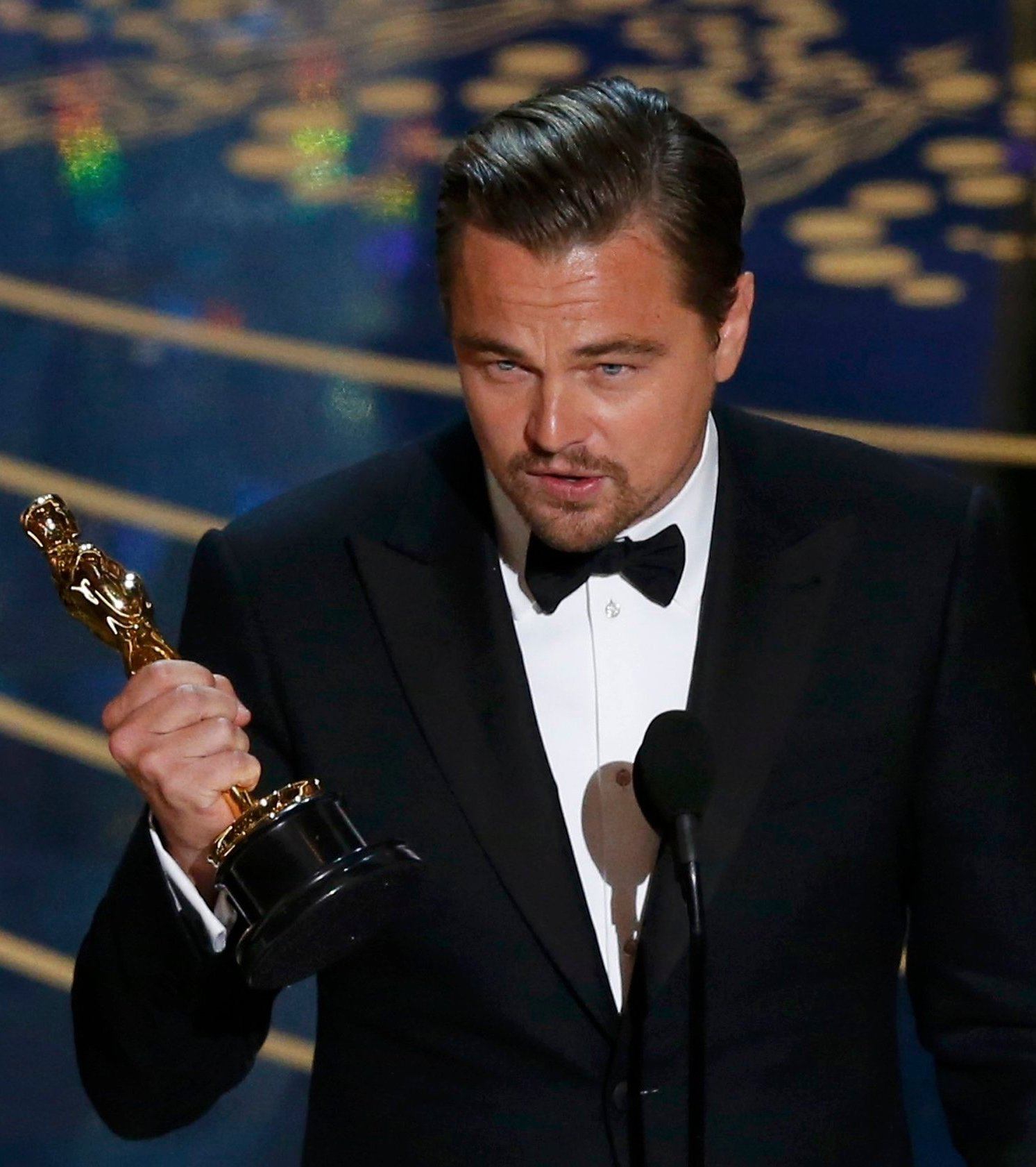 For many years, Leo fans and movie-lovers alike couldn’t quite believe that the actor had never won an Oscar. He was pipped to the post several times despite being nominated, and at one point it looked like he might never receive a golden statuette for all of his hard work.

That all changed in 2016, when Leo finally scooped his much-deserved Oscar for Best Actor. The moment broke the internet, generating 440,000 tweets per minute, making it far and away the most-tweeted moment of an Oscars telecast ever. It even surpassed the 2014 Oscars selfie by Ellen DeGeneres.

1. A remote province in Russia made him his very own silver statuette entitled the Yakutian Oscar

It’s not just Vladimir Putin who loves DiCaprio – there’s an entire Russian province the size of India that has fallen in love with the American actor. In fact, people in the Far Eastern province of Yakutia are such big Leo fans that they’ve even made him their own version of an Oscar statuette made entirely of silver.

People around Yakutia donated their jewellery so that the Oscar could be crafted. Leo was so pleased with the award that he posted a picture of it on his Instagram account and thanked his Yakutian fans for their support.