20 Things You Might Not Have Realised About Fatal Attraction

More than 35 years later, Fatal Attraction is still a powerful and influential piece of work – but did you know the following facts about the film?

20. It was adapted from a British TV movie 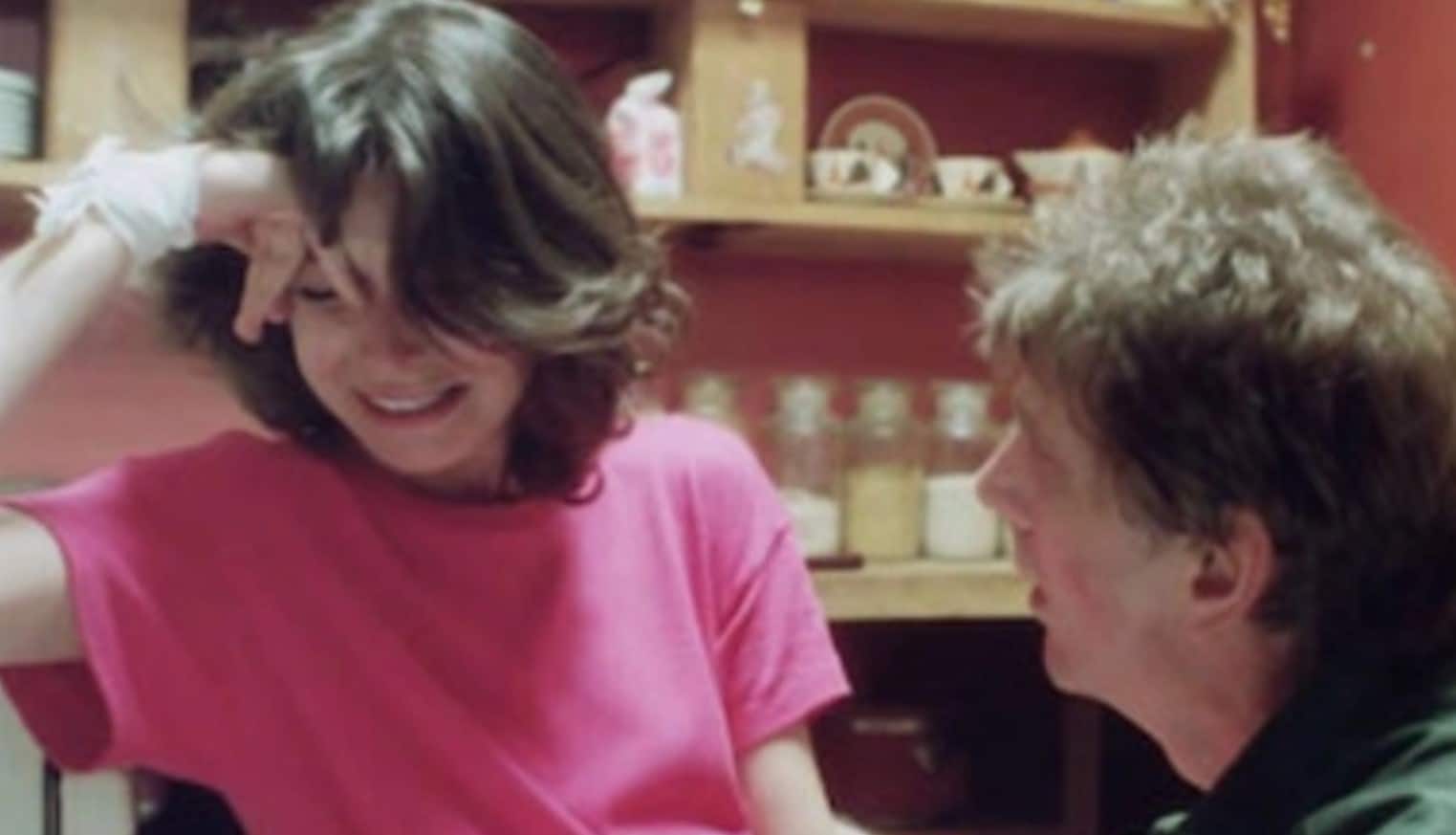 Fatal Attraction was adapted by James Dearden from his own short film Diversion, which was shown on British TV in 1980. Both films followed the same plot line, based on the premise of a man who cheats on his partner, only to find out that his new woman wants more than just a one-night stand.

Diversion never gained any commercial success, and the running time was just 50 minutes. The script for Fatal Attraction went on to be tweaked by Nicholas Meyer, who changed the ending after conversations with producer Stanley R. Jaffe and director Adrian Lyne. This changed the audience’s perception of Alex and resulted in a different reaction from viewers. 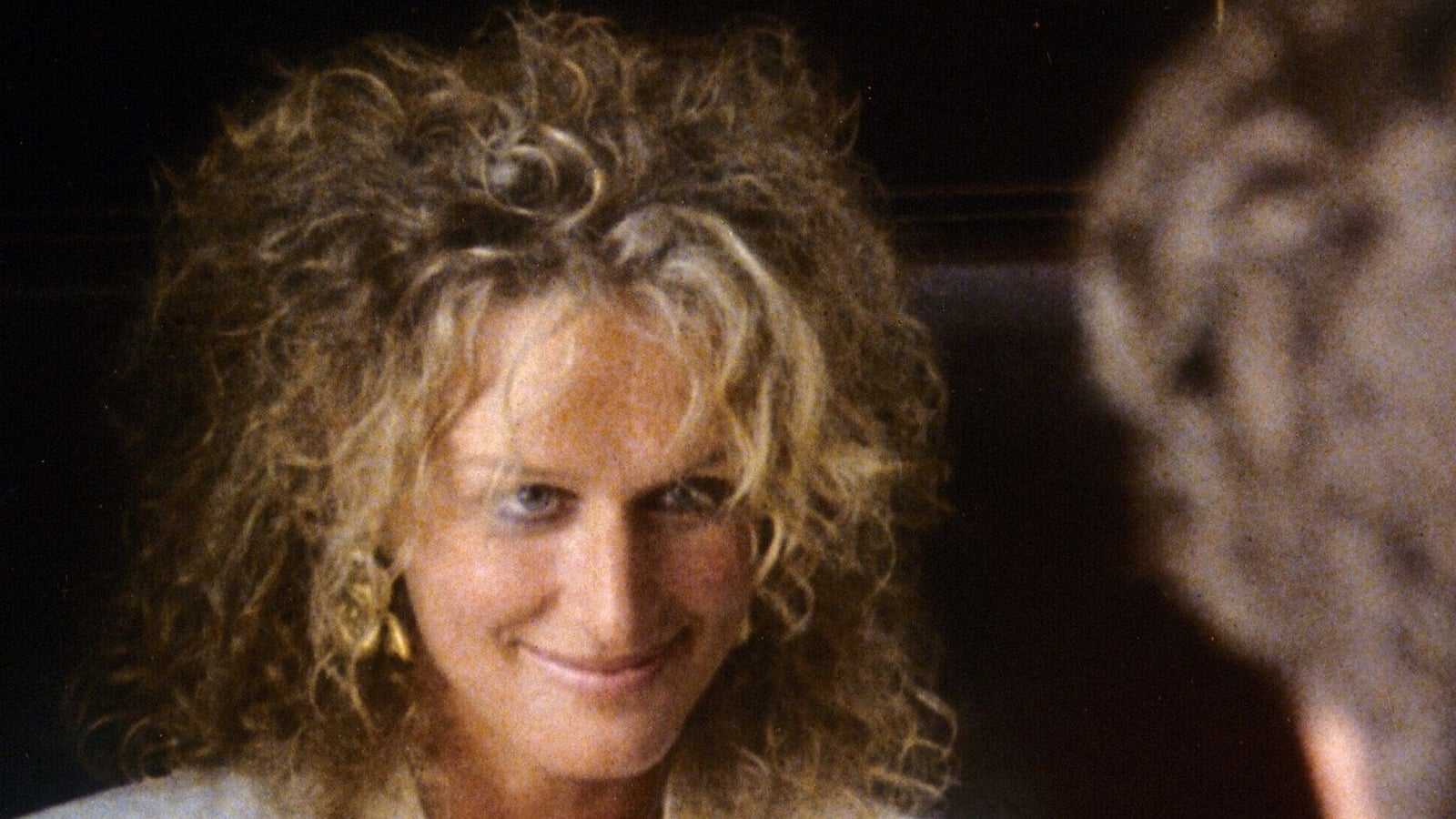 Producers Sherry Lansing and Stanley Jaffe both had serious doubts about Glenn Close playing the role of Alexandra ‘Alex’ Forrest, mainly because they didn’t think she would be ‘sexual enough.’ However, after several meetings in New York, Close was asked to audition alongside Michael Douglas. 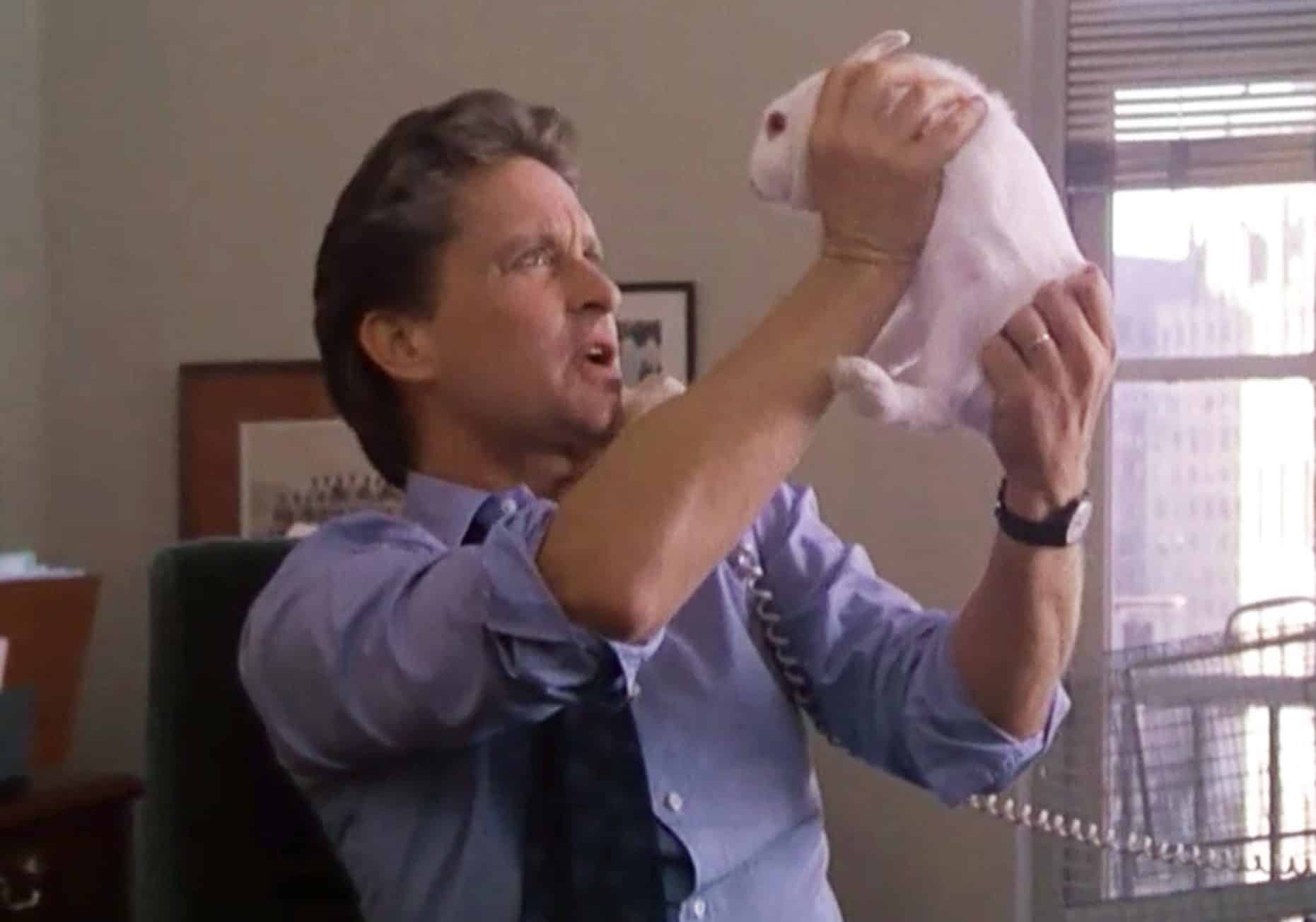 Fatal Attraction of course coined a well-known phrase, that being ‘Bunny Boiler’. The term is largely used in the UK, despite the film having a large US following. This is defined as being ‘a woman who acts vengefully after having been spurned by her lover.’

Glenn Close was actually uncomfortable with the bunny boiling scene because she thought it was too extreme. However, psychologists assured her that such an action was possible by someone who had suffered serious abuse.

17. The ending was changed after test screenings 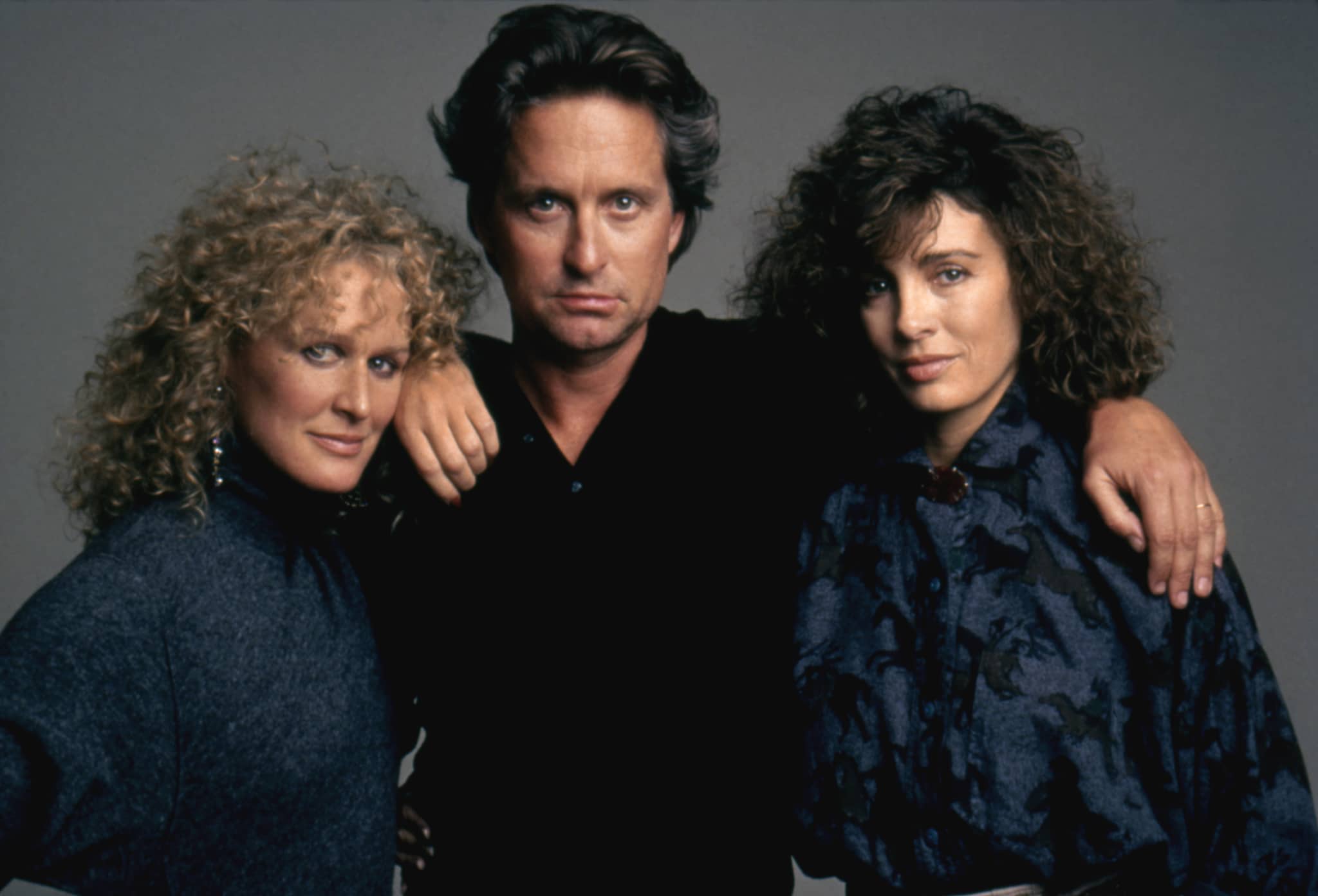 Glenn Close’s Alex Forrest was originally meant to slash her own throat at the end of the film to make it appear as if Dan had murdered her. He is subsequently cleared of this after Beth (Anne Archer) finds a tape recording in which Alex threatens to kill herself. But after test screenings it was recommended that a new ending be filmed.

Audiences wanting a more dramatic outcome, so a new ending, more conventional action thriller ending was written and filmed. The new climax saw Alex being shot dead by Beth, allowing the wife who has been cheated on to reclaim her dominance.

16. You can still see the original ending 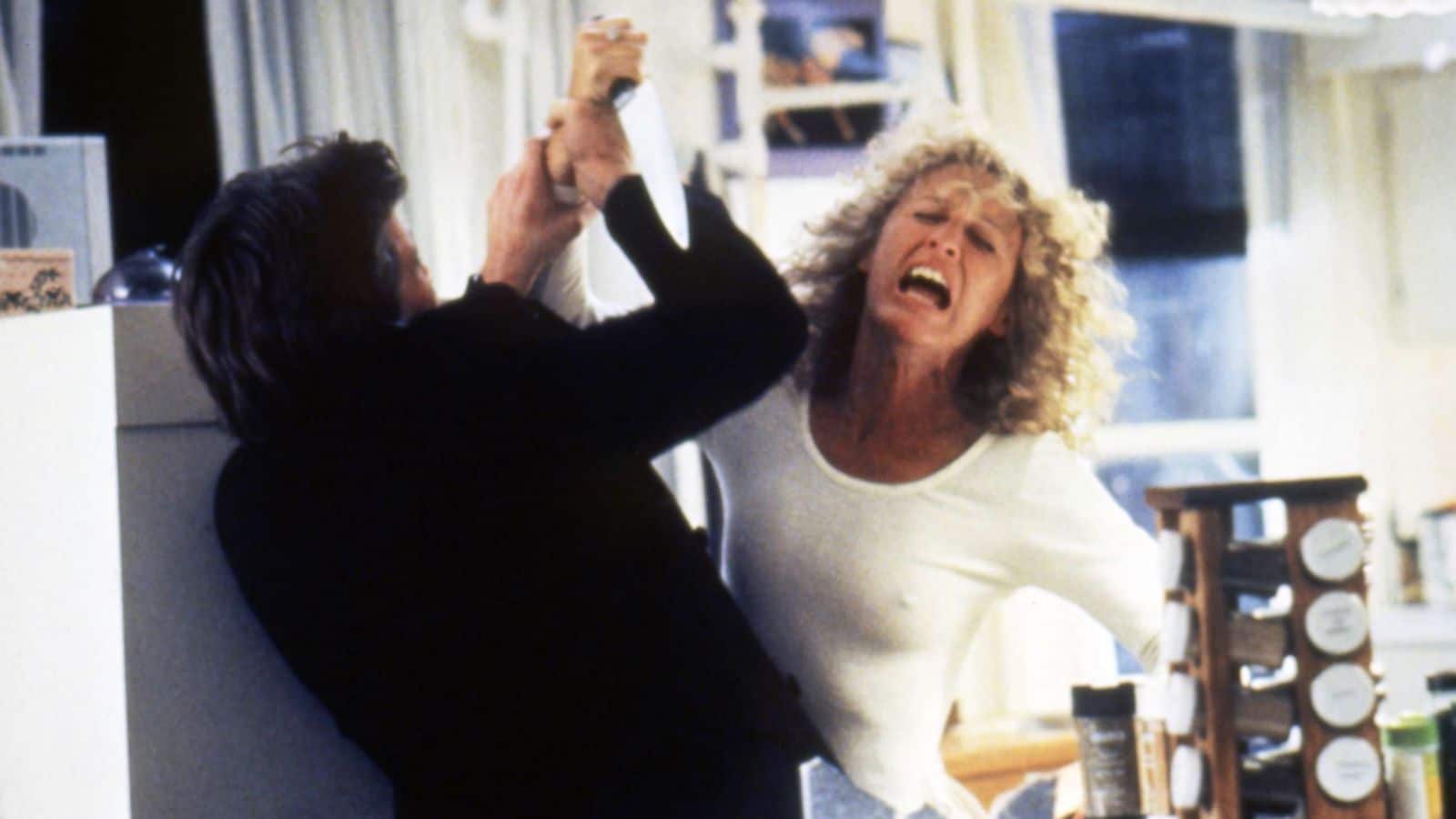 The film’s original ending appeared on Paramount’s special VHS and LaserDisc editions in 1992. It was later released on DVD over ten years after the movie had originally been released. Not only that, but the film was actually released into Japanese cinemas with the original ending.

The original ending is slightly more anti-climatic than the newer version, with Alex stabbing herself and attempting to pin the blame on Dan. However, Beth finds the tapes in which Alex reveals intent to take her own life and takes them to police, therefore clearing her husband of suspicion.

15. Glenn Close ‘loved’ Alex and didn’t think she was a villain 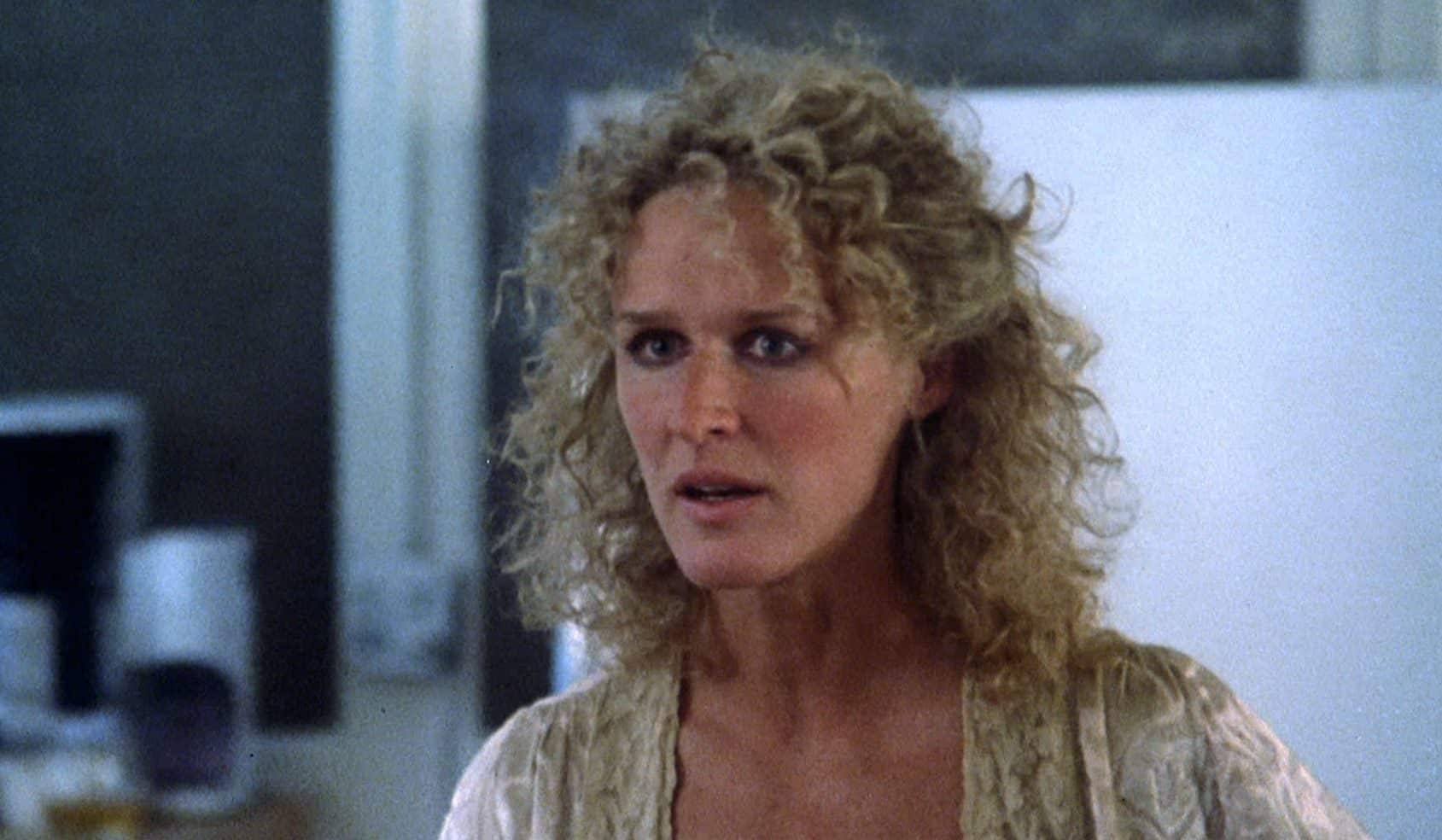 Glenn Close was extremely protective of her character, once saying that she “never thought of [her] as a villain”. She went on to say “I wasn’t playing a generality, I wasn’t playing a cliché. I was playing a very specific, deeply disturbed, fragile human being, whom I had grown to love.”

However, in 2013, she admitted that she might reconsider the way she played the character had she realised the effect her portrayal of Alex would have on mental health stigma. Apparently, in her discussions with psychiatrists over the character, they never mentioned the idea of her having mental health issues, and this would have impacted Close’s interpretation of the role.

14. The film traumatised many men 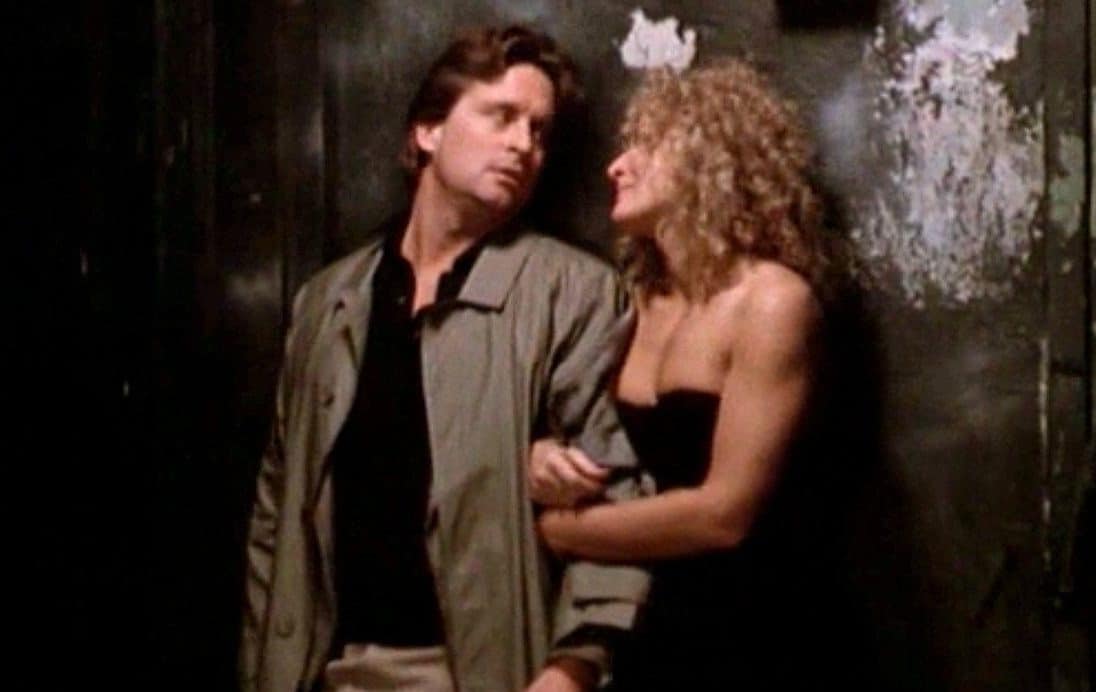 Fatal Attraction left a strong impression on many of the men who were brave enough to watch it in the cinema. Glenn Close herself has been quoted as saying “Men still come up to me and say, ‘You scared the s*** out of me.’ Sometimes they say, ‘You saved my marriage.’”

It wasn’t just men the film had an effect on, with the movie making shockwaves through the psychiatry community. Close claims she was even asked to speak at several seminars regarding mental health conditions. Women also reached out to the actress, appreciating that she had attempted to portray Alex’s mental health issues in a truly authentic light.

13. It was nominated for six Oscars Sadly, the movie didn’t actually win any of the Oscars it was nominated for. It did however win other prestigious awards, including a BAFTA for best editing. The two leading stars also landed the Goldene Kamera awards for best actor/actress.

12. It was adapted into a play 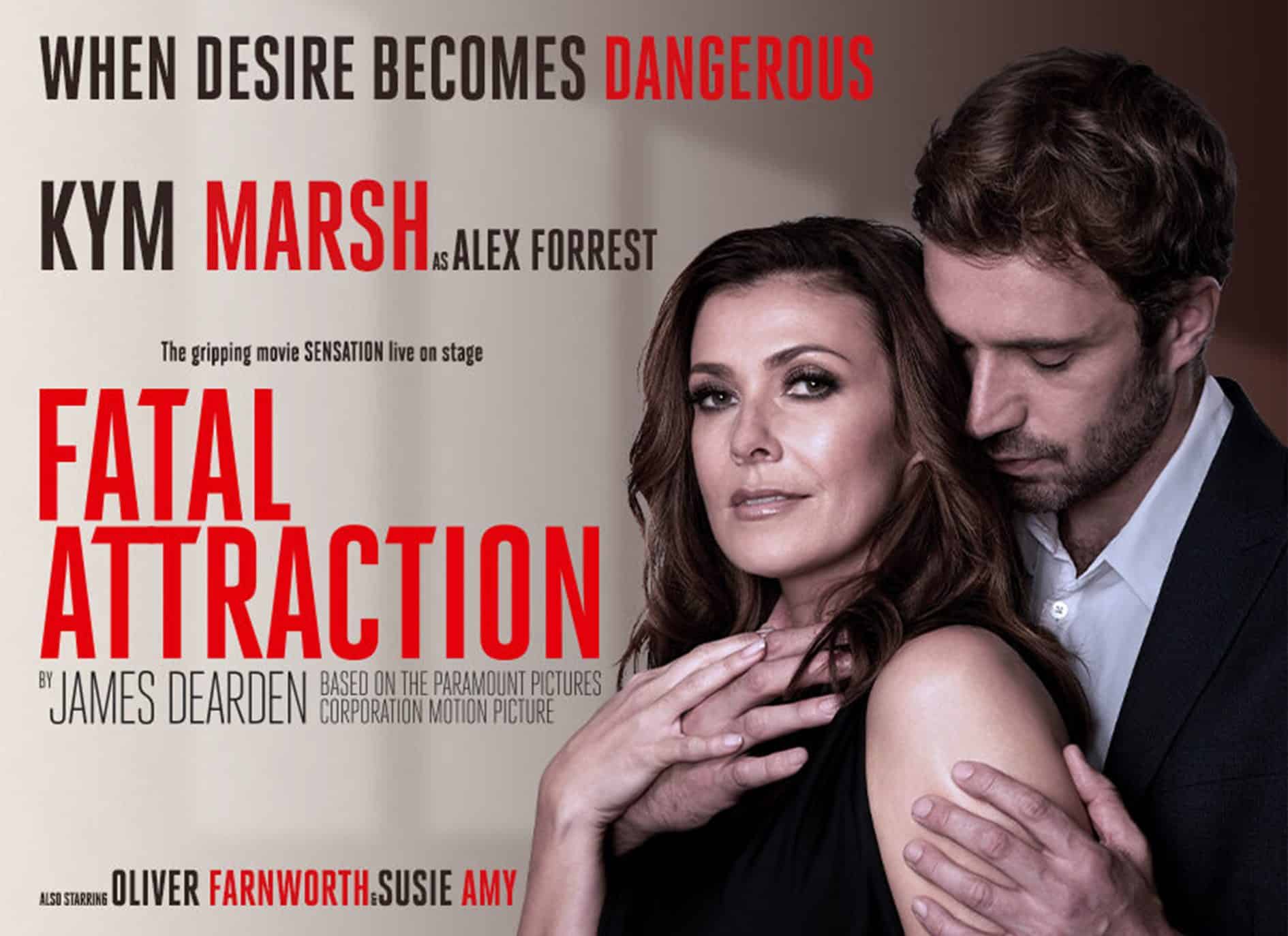 Fatal Attraction was adapted into a play which opened in London’s West End in 2014, at the Theatre Royal Haymarket. The play was adapted by the film’s original screenwriter James Dearden. The play had a 15-week run, with tickets selling fast, although reviews were generally poor.

The Guardian’s Michael Billington awarded the play two stars, dismissing it as ‘an essentially hollow experience’. The play starred Natasha McElhone as Alex, Kristin Davis as Beth and Mark Bazeley in the role of Dan Gallegher. Subsequent productions have cast singer-turned-actresses Kym Marsh and Louise Redknapp.

11. It was nearly adapted into a TV show with Megan Fox 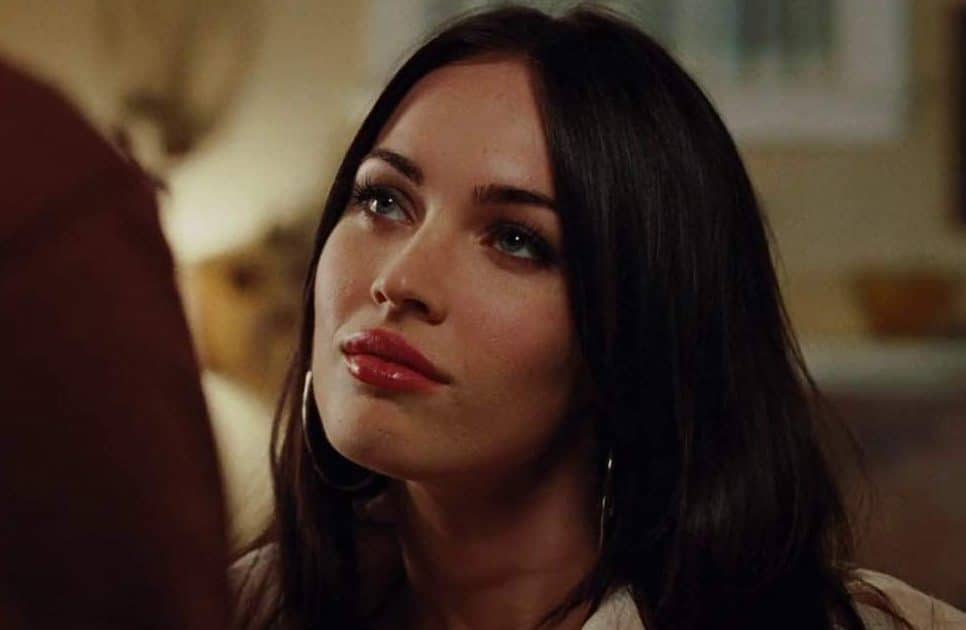 In 2015 it was announced that an exciting new TV series based on the iconic film was being developed. The series was set to feature Mad Men writers Maria and Andre Jacquemetton as executive producers and writers, and the showrunners had their sights set on casting Megan Fox as their new take on Alex.

However, less than two years later it was revealed that the project was cancelled. After reading the final script, Fox decided against giving the production the green light. The producers were also after a stellar cast and were left disappointed after failing to secure Fox in the lead role.

10. Glenn Close was pregnant in real life during filming 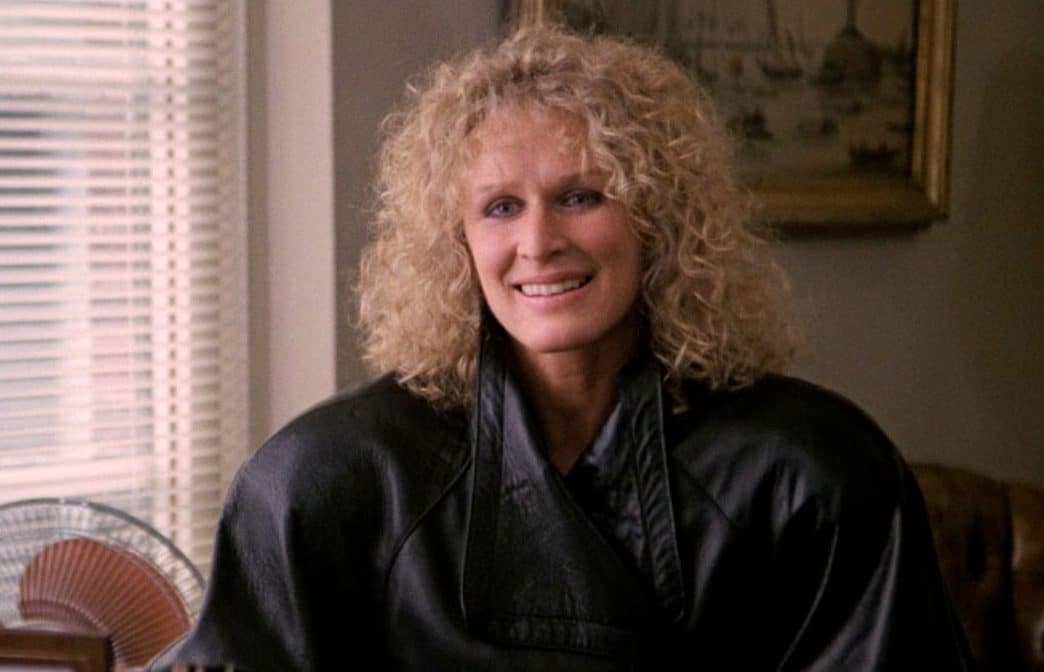 According to Close, she struggled to watch her character’s violent death in the movie. This is because she didn’t realise she was pregnant whilst filming the iconic scene, in which she is repeatedly held under water, resulting in Close suffering from several eye and ear infections.

In the re-filming of the movie’s ending, Close was knocked out when her head was accidentally smashed against a mirror. This actually knocked her unconscious and left Close with a severe concussion. After a trip to hospital, doctors revealed that Close was actually pregnant with her first child. 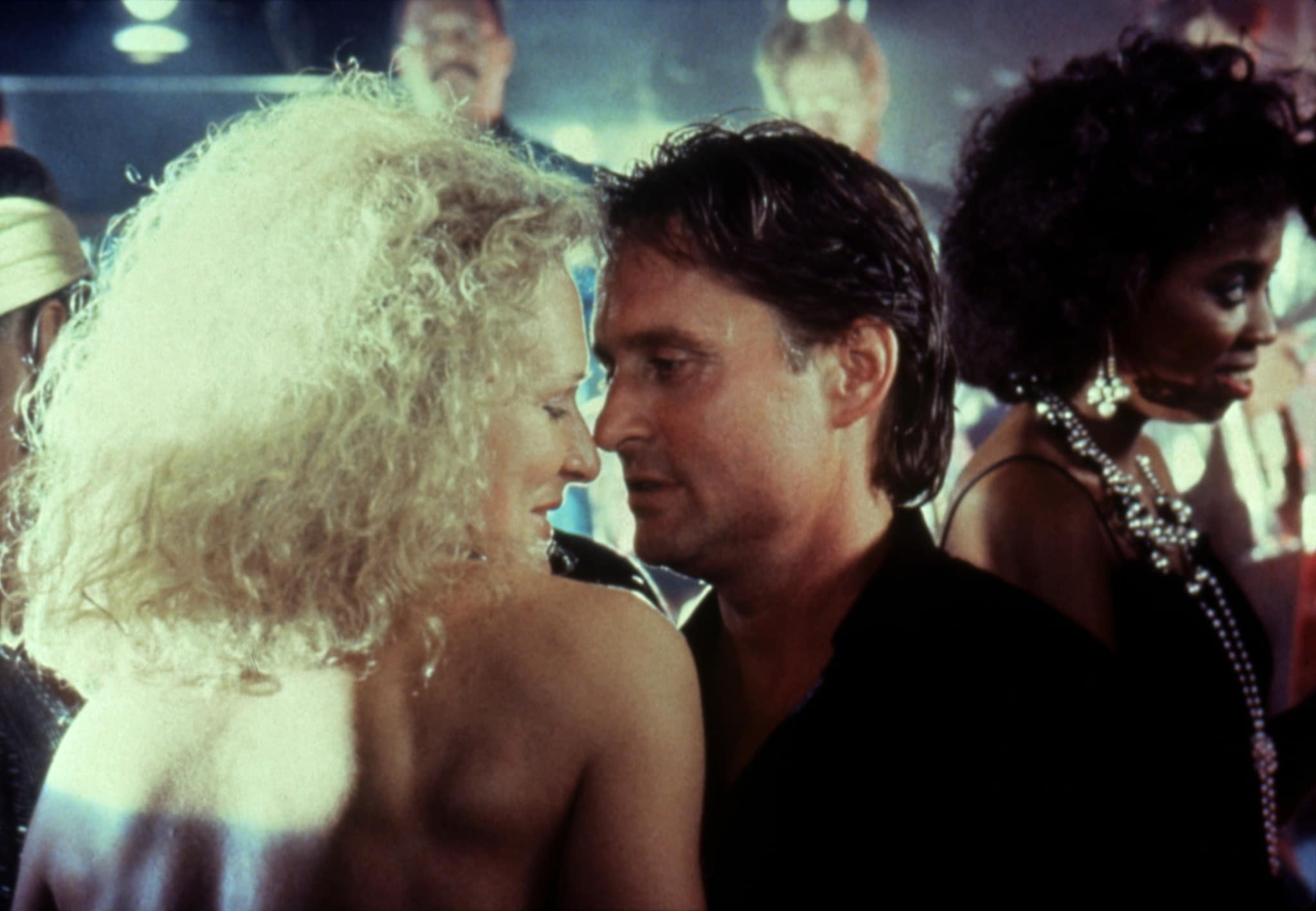 Fatal Attraction grossed $156,645,693 overall, with Three Men and a Baby grossing $167,750,960. The film’s success led to several similarly themed psychological thrillers being produced throughout the eighties and nineties.

8. The film received a mixed reception at the time After its release, the movie incited a huge amount of discussion over the potential consequences of infidelity. Some feminist groups spoke out expressing their concerns over the depiction of a strong career woman as a psychopath.

Feminist Susan Falrudi discussed the film in a documentary, arguing that the revised version of the film portrayed Alex in a wholly negative light. She felt that the character of Dan acted carelessly and with a complete lack of compassion. However, unlike Alex, his misbehaviour was not picked up on by viewers.

7. Glenn Close would walk her dog in full costume as her character 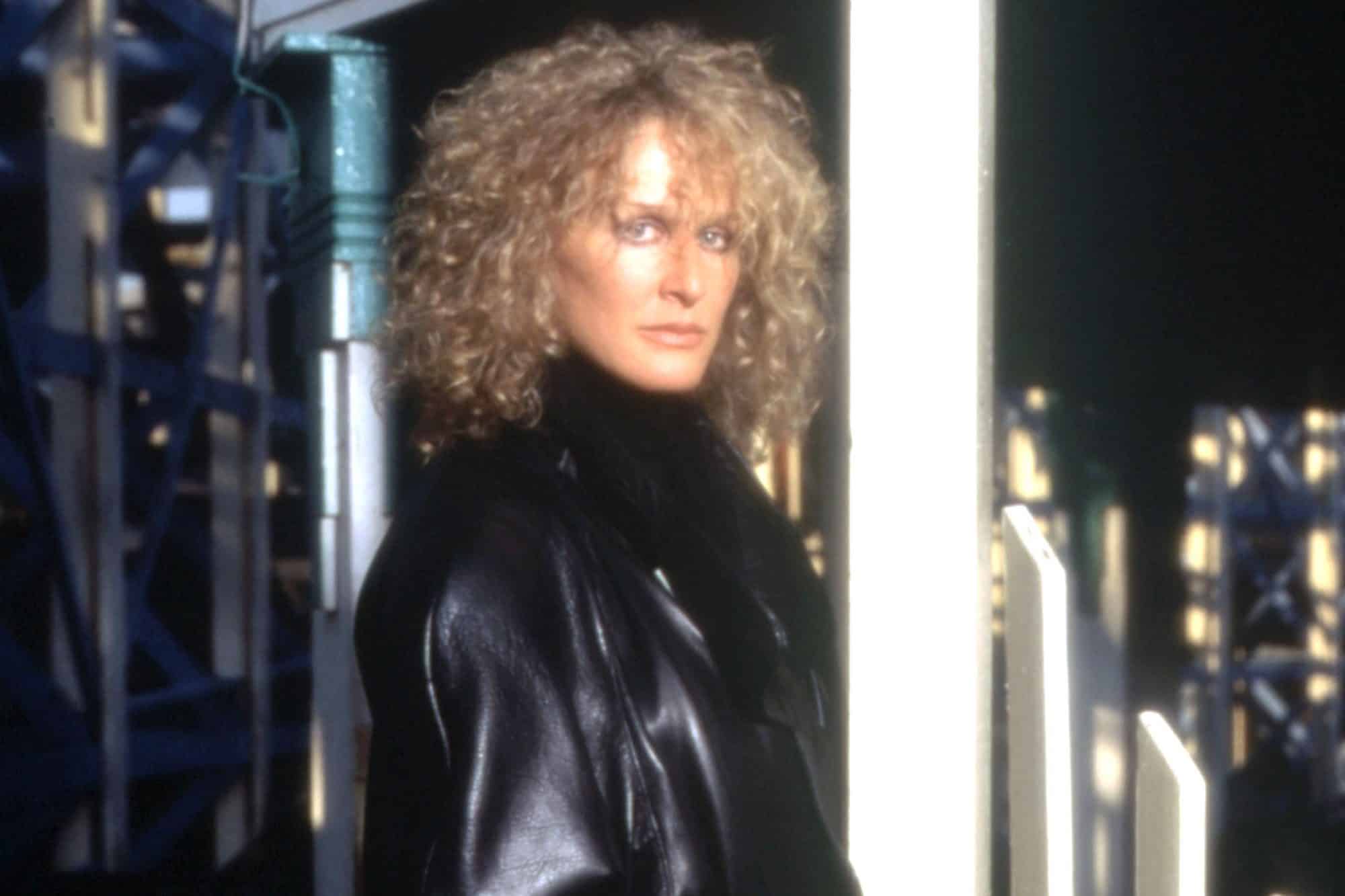 Whilst on a break, Close took her dog, Gaby, for a walk around the shooting location. Close ventured out wearing the iconic white dress, covered in dirt and swear with her hair wild and unkempt. Three young girls began to approach her cautiously, and Close assumed they though she had been mugged.

Close was about to explain that she had just been filming a movie, until she realised the girls’ true intentions. They revealed that they were actually just interested in meeting her dog.

6. There was an unconventional love scene Producer Adrian Lyne didn’t want the love scene to take place in a bed, as he felt that this was too conventional. In fact, his precise words were ‘it’s too dreary’. He got the idea for the sink scene after he remembered he ‘once made love to a girl over a sink.’ According to Lyne, ‘the plates clank around and you’ll have a laugh. You always need to have a laugh in a romance scene.’

During filming, he would yell at the couple and praise their performances. He explained his actions, saying that ‘if they know they’re turning you on, it builds their confidence’. During filming the scene, he used a handheld camera to ensure there ‘was no problem with the heat going out of the scene’.

5. The film mirrors the plot of Madame Butterfly 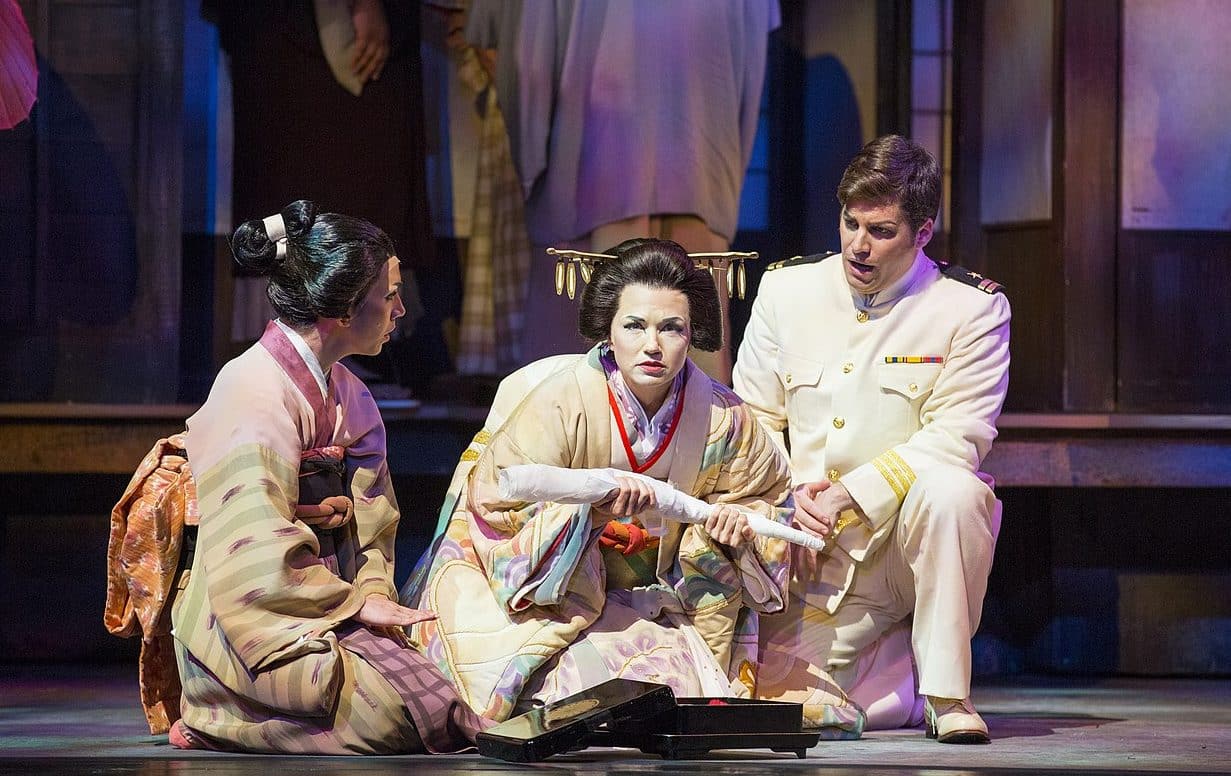 In the movie, Alex’s favourite opera is the iconic Madame Butterly. The opera consists of a woman, the Japanese Butterfly, marrying an American and having his child. However, unbeknownst to her, he has no intention of staying with her forever and leaves her for an American wife.

In a tragic ending, the Butterfly commits suicide in an act of true despair. Of course, this is reminiscent of the Fatal Attraction’s original ending, before negative responses to test screenings prompted a reshoot.

4. Producers had difficulty getting the studio to greenlight the film 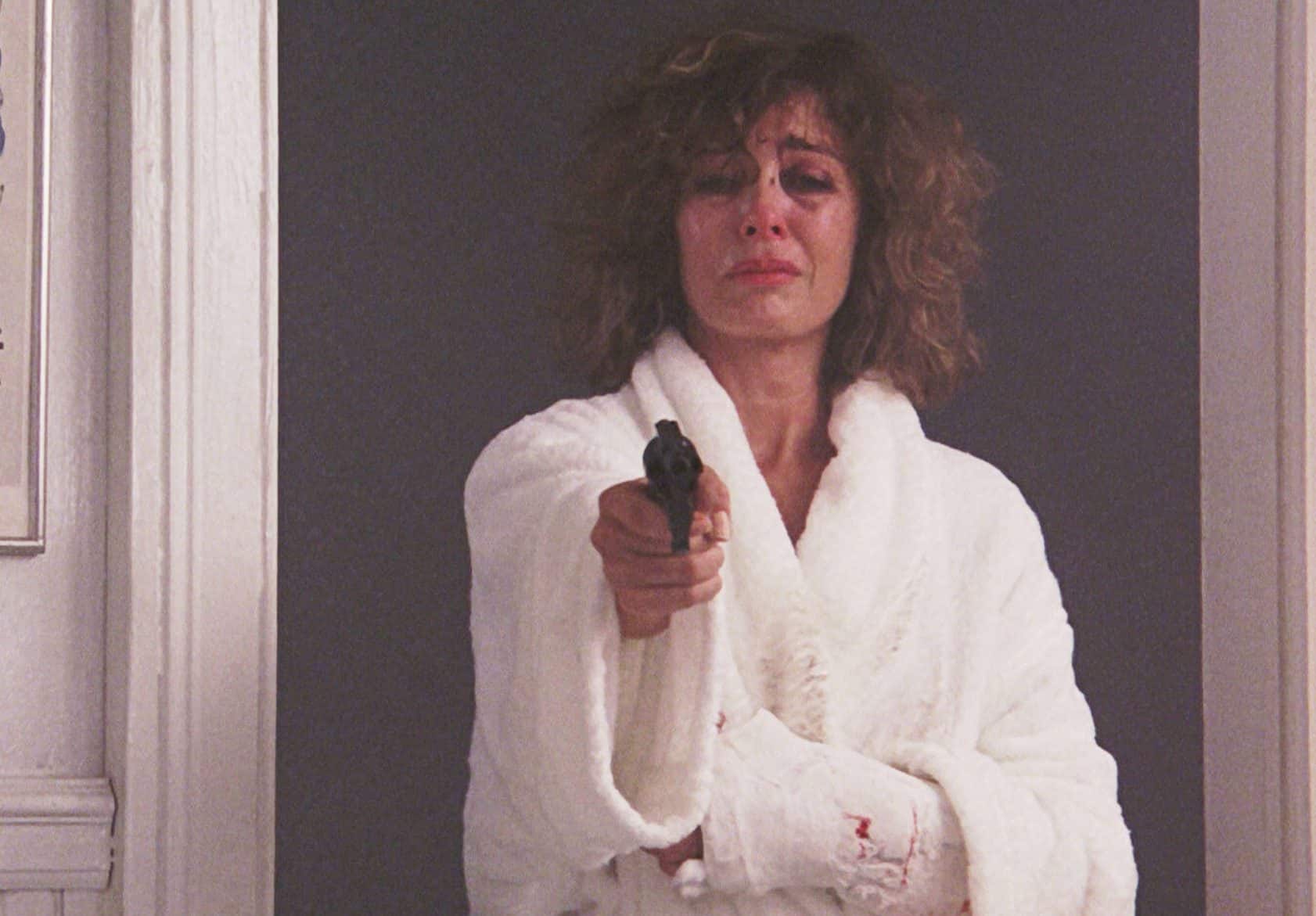 The studio was reluctant to green light the movie at first, with concerns over the movie’s director. Producers also struggled to find a leading man for the role of Dan Gallagher. Michael Douglas landed the part during the time James Deardon was expected to both write and direct the film. Douglas actually requested a different director with more experience.

However, Deardon was still kept on as a writer, something which was generally unheard of in the movie industry. After Brian De Palma agreed to direct the film, the studio agreed to green light the movie. Another spanner was thrown into the works when De Palma refused to stay on the project unless he could replace Michael Douglas. Producers had a loyalty to Douglas, who was the first actor to express interest in the role and decided to release De Palma in order to keep Douglas on board.

3. Glenn Close wasn’t a fan of the alternative ending When she learned producers intended to re-film the ending, Close was initially staunchly opposed to the idea. She went so far as to actually refuse to appear in it or take part in the filming. However, she eventually decided that she owed it to the rest of the cast to be involved.

In a 1996 interview, Close said that the ‘original ending was a gorgeous piece of film noir’. However, she went on to explain that audiences wanted some kind of cathartic ending, which the movie’s new ending delivered.

2. Close kept and framed the knife she used in the film 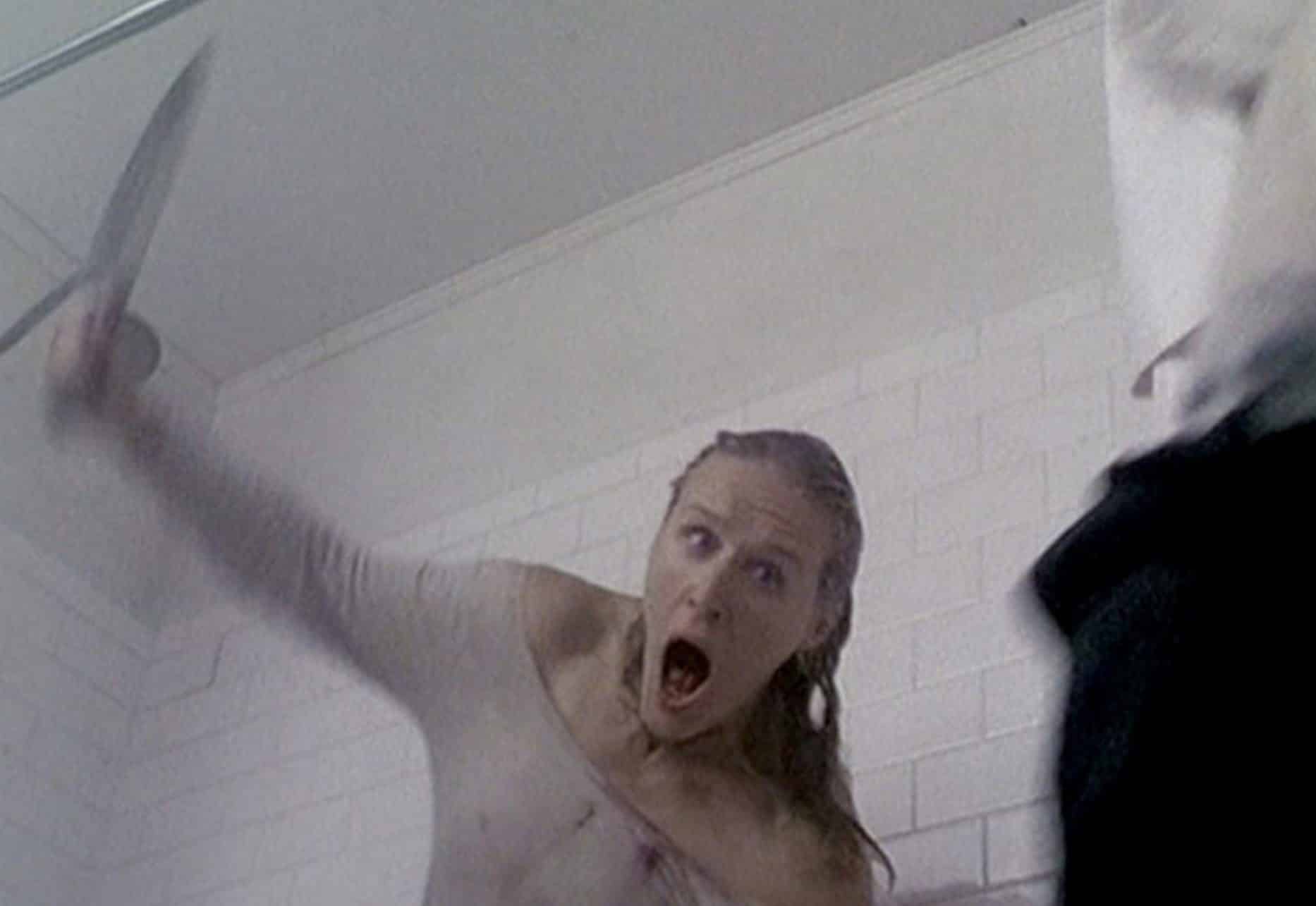 Of course, we all remember the iconic scene of the film in which Alex comes after Dan with a knife. After filming, Close decided to keep the knife and it currently hangs on her kitchen wall. The knife was of course not actually real, and was in fact made of wood and paper, resulting in a surprisingly convincing effect.

‘It’s a work of art!’, Close explained. ‘And it’s nice for our guests to see it. It lets them know they can’t stay forever’. Well, we guess this slightly macabre reminder won’t allow Close to forget the experience in a hurry.

1. The role inspired Glenn Close to be a mental health advocate 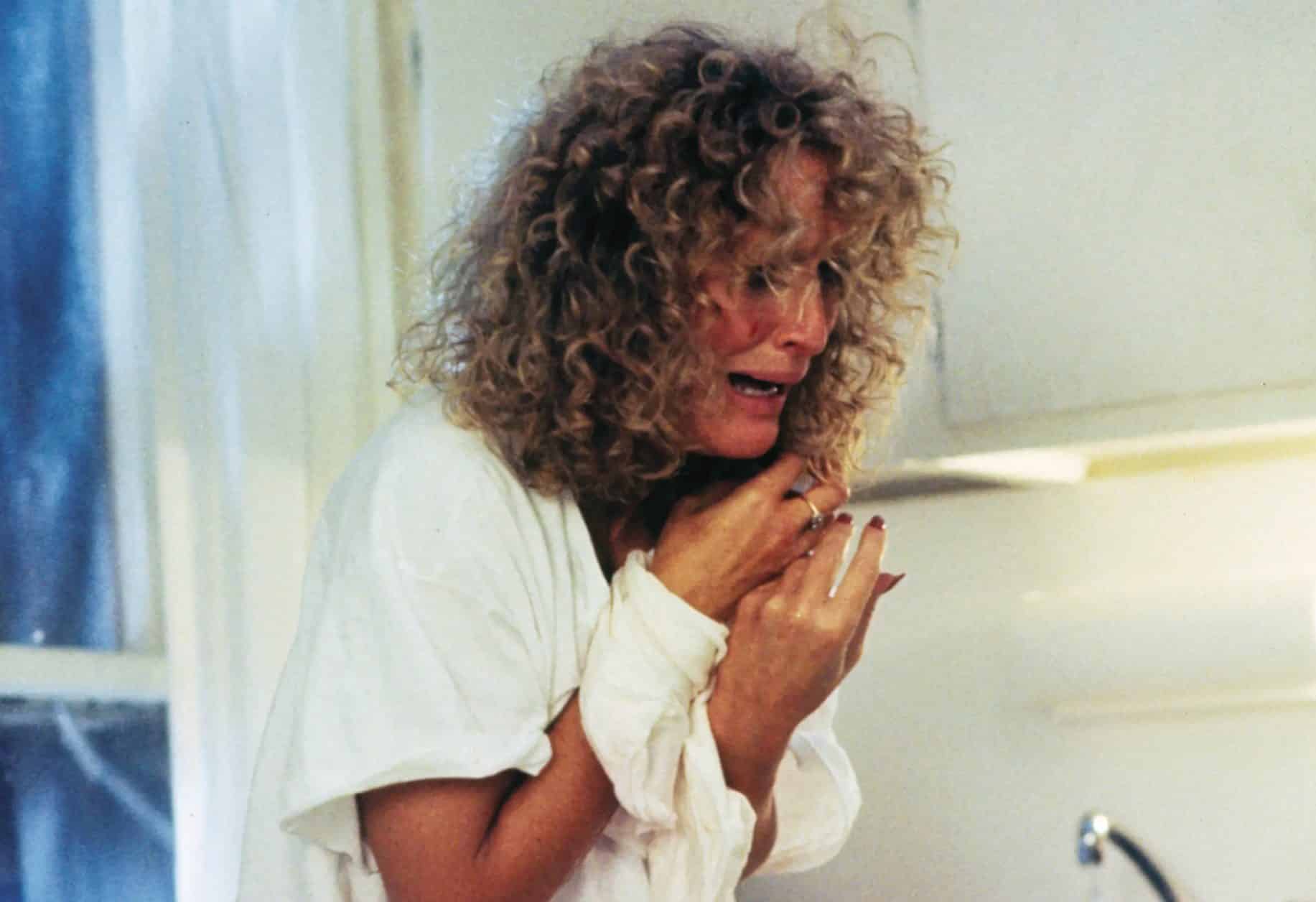 Close resonated with her character on a personal level, and was able to empathise with her mental health struggles. Close has battled her own demons, and has spoken openly about living with depression. She even went so far as to co-found the non-profit organisation Bring Change to Mind, which aims to break the stigma surrounding mental illness.

She has revealed that she has since become perturbed by the legacy of Fatal Attraction, and the way in which Alex was portrayed. Her charity is, in some way, a mission to give Alex the justice she deserves.