There’s often a debate as to whether ‘Alien’, or its sequel ‘Aliens’, is the better film. To be honest it’s like comparing chalk with cheese, as they might be part of the same franchise but they couldn’t be more different, with one a horror film and the other an action film.

We know that many of you are massive fans of Aliens, and we bet some of you have watched it multiple times. But were you really paying attention? You’re about to find out, because below are 20 things you may have missed…

20. The Vietnam War Inspired The Film 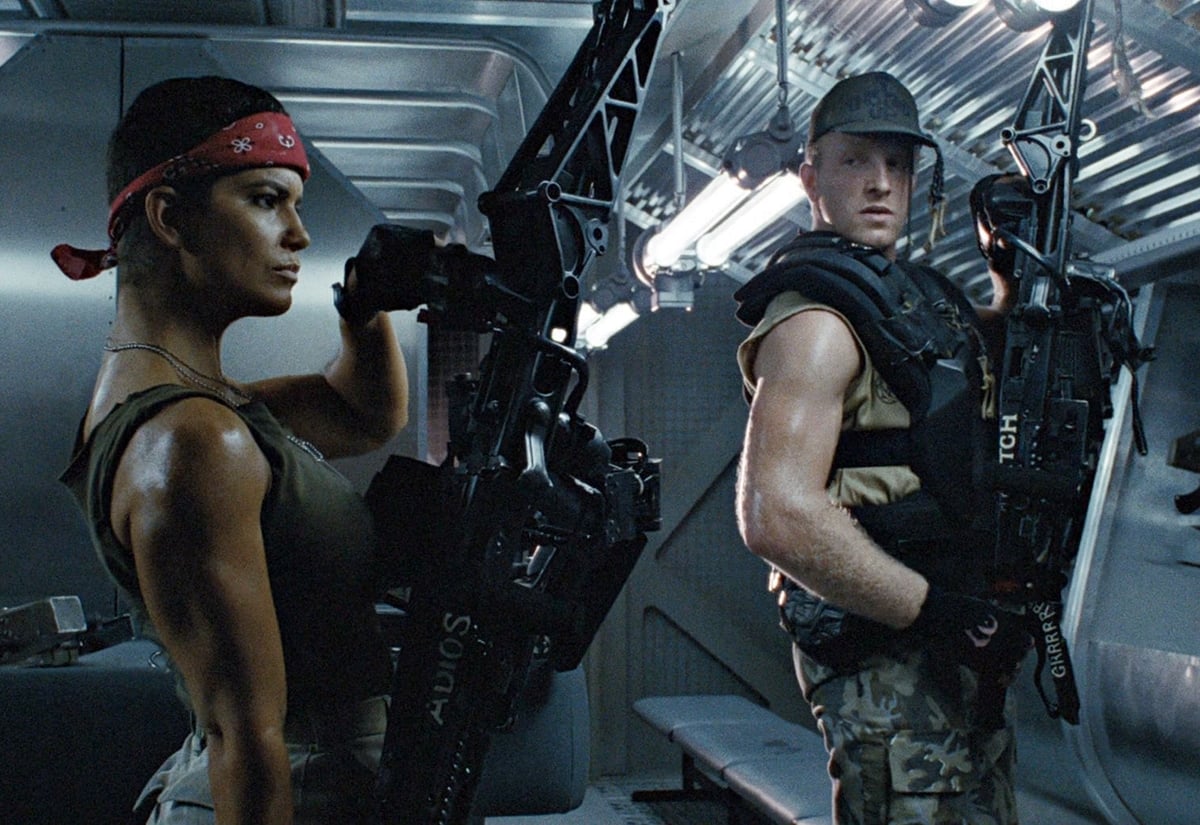 Writer and Director James Cameron drew inspiration from the Vietnam War, a situation in which a technologically superior force struggled to fight in a hostile foreign environment.

19. The British Crew Didn’t Like James Cameron And Staged A Walkout 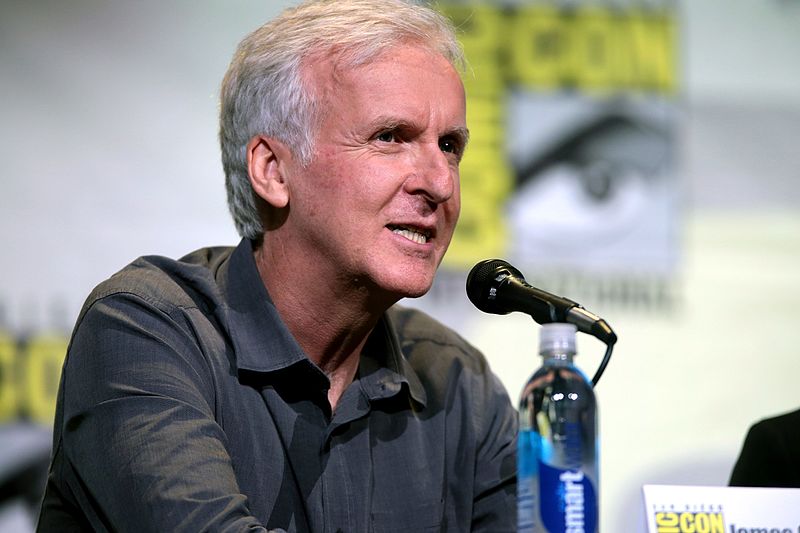 James Cameron, bound by a low budget and a deadline, found it difficult to adjust to what Bill Paxton once referred to as the ‘indentured’ working practices of the British crew (such as tea breaks) that brought production to a halt.

They also believed that the then 31 year old Cameron was too young and inexperienced to direct. In addition to that, after the original director of photography was fired for refusing to light a scene the way Cameron wanted, the crew walked out. They were eventually persuaded to come back to work, however. 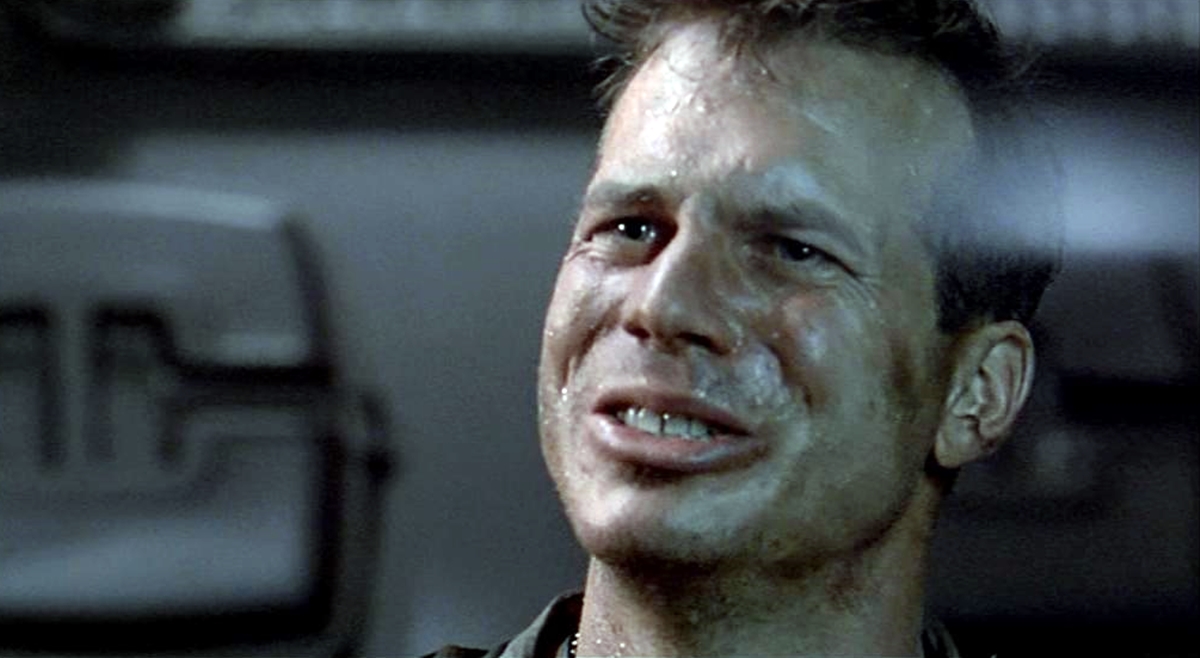 17. The Aliens Are All Covered In Lube 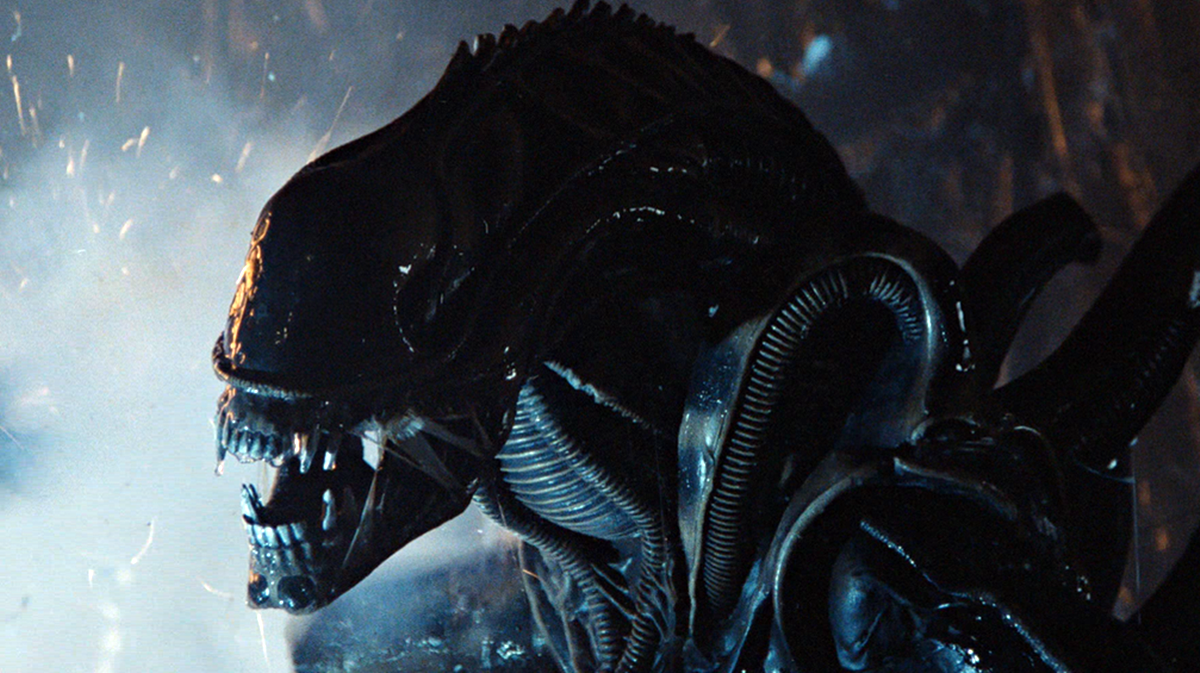 Believe it or not, lubricant was used to give the Aliens their distinctive slimy look.

16. Michael Biehn Replaced James Remar After He Was Fired For Drug Possession 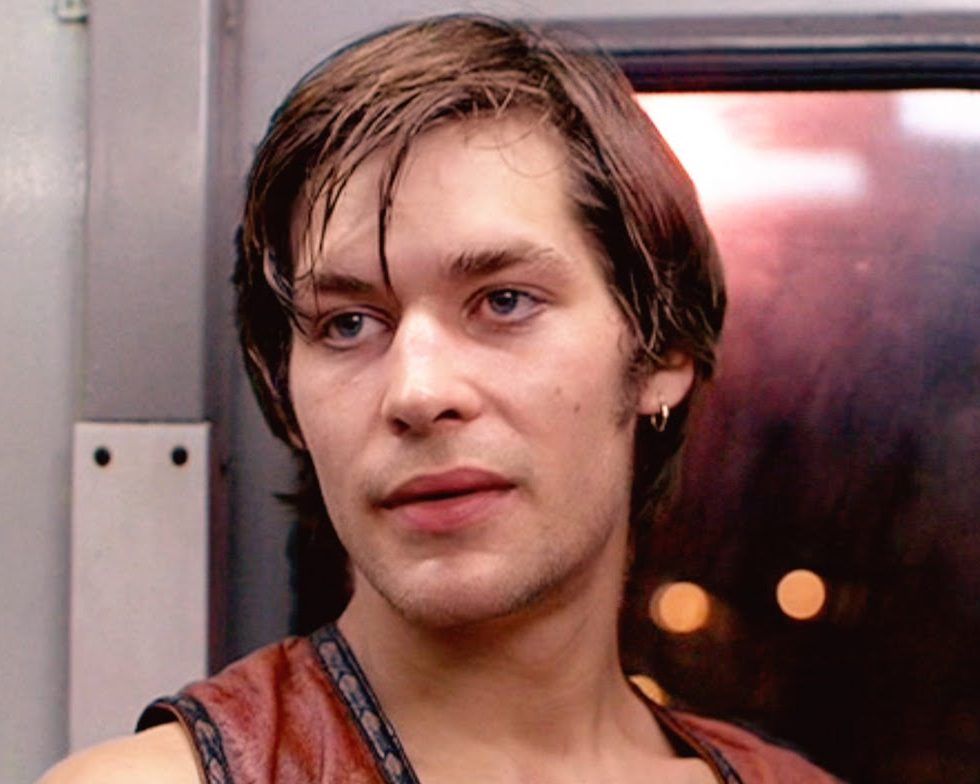 Michael Biehn was cast as Hicks a week after filming had started, as James Remar was originally given the role (and later claimed he was replaced due to being fired after he was arrested for drug possession).

A few shots of James Remar remain in the film, including when the team first enters the alien hive, although only his back is seen. This was because those sequences were too expensive to re-shoot. 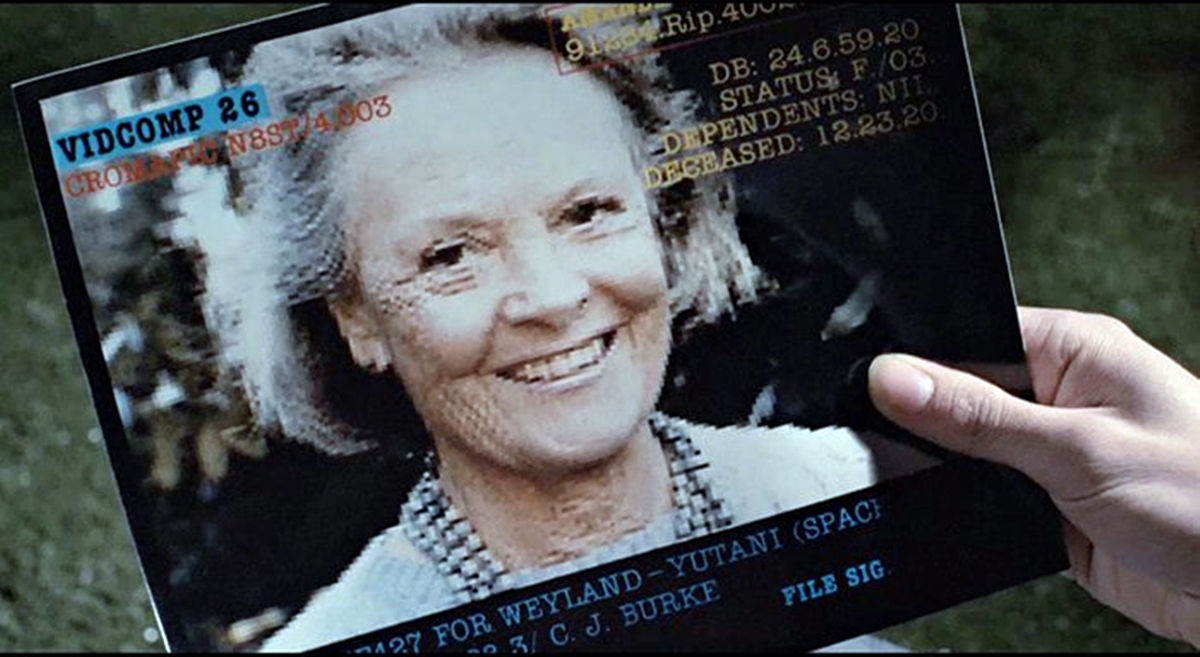 The portrait of Ripley’s daughter (in the Director’s Cut version of the film) is Elizabeth Inglis, Sigourney Weaver’s real-life mother. 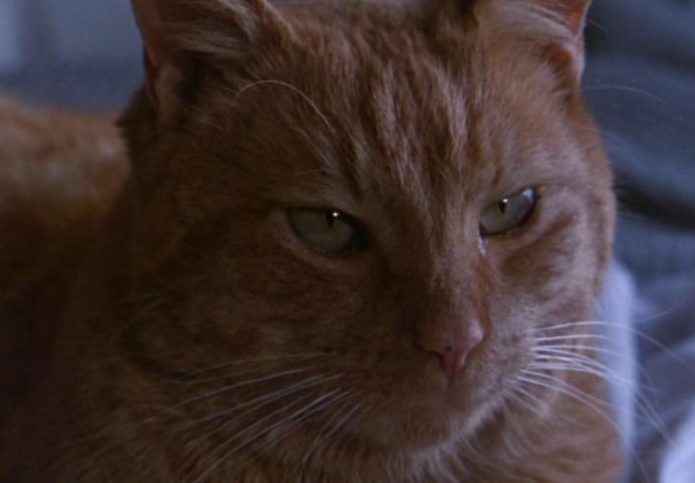 Jones the cat looks very different to the first film, which is of course due to a different (cat) actor being used.

13. Time Jumps Back And Forth 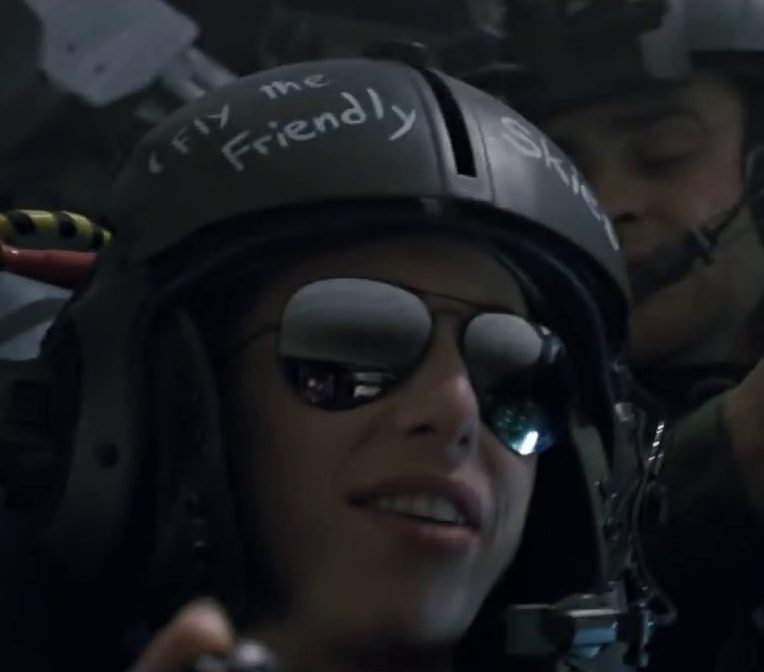 When the Marines first enter the reactor room, the ‘Mission Time’ on their shoulder-mounted cameras jumps backwards and forwards in time with every cut. Pretty bad continuity errors!

12. Carrie Henn Got The Role Of Newt By Not Smiling… 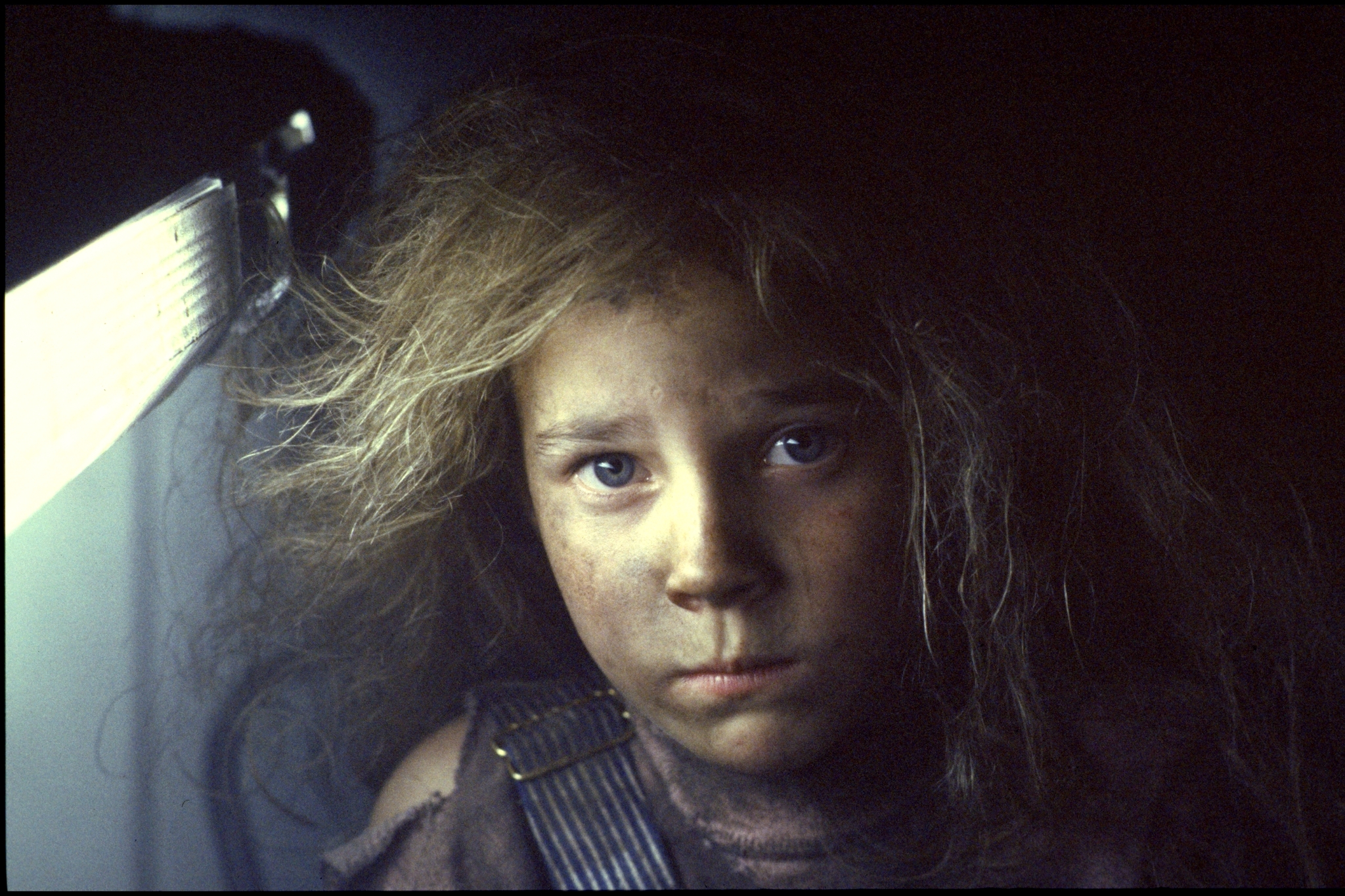 Approximately 500 schoolchildren were auditioned for the role of Newt, but many of them had acted in commercials would always smile after saying their lines. Carrie Henn had no previous acting experience so was not accustomed to this.

11. …And Aliens Was Her Only Ever Acting Role 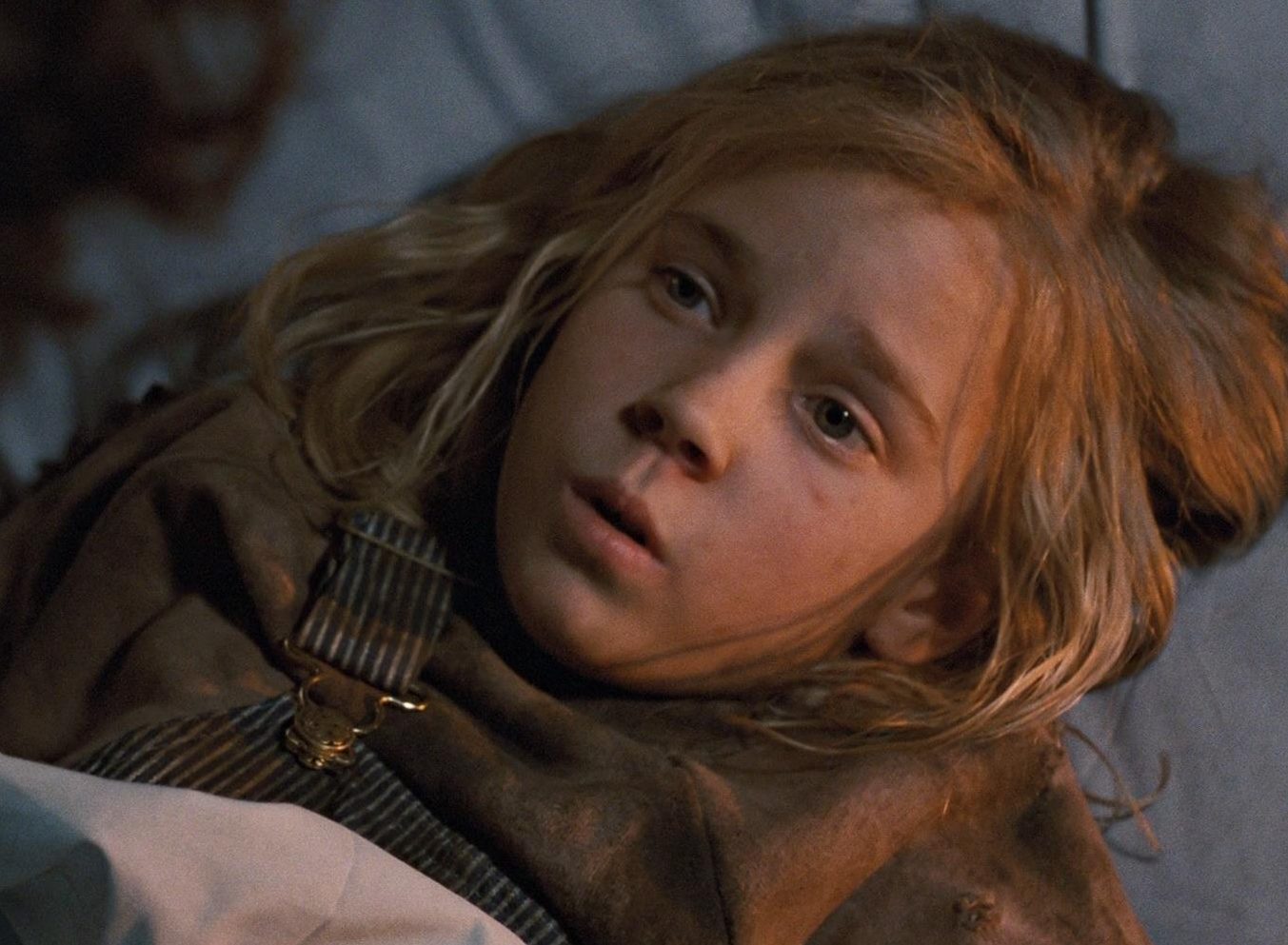 Henn chose not to continue with an acting career after Aliens, instead becoming a teacher. 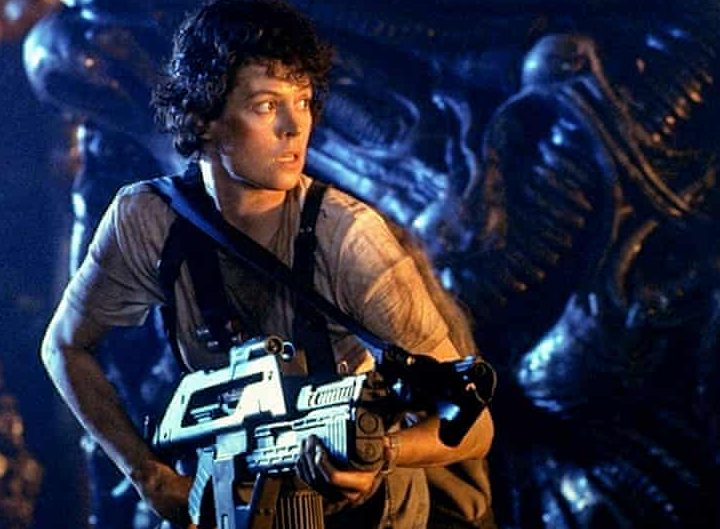 Weaver lobbied Cameron to let Ripley go the entire film without using a gun, but Cameron talked her into it after taking her to a shooting range.

How would she have been able to defend herself without a gun?

8. Some Shots Are Repeated 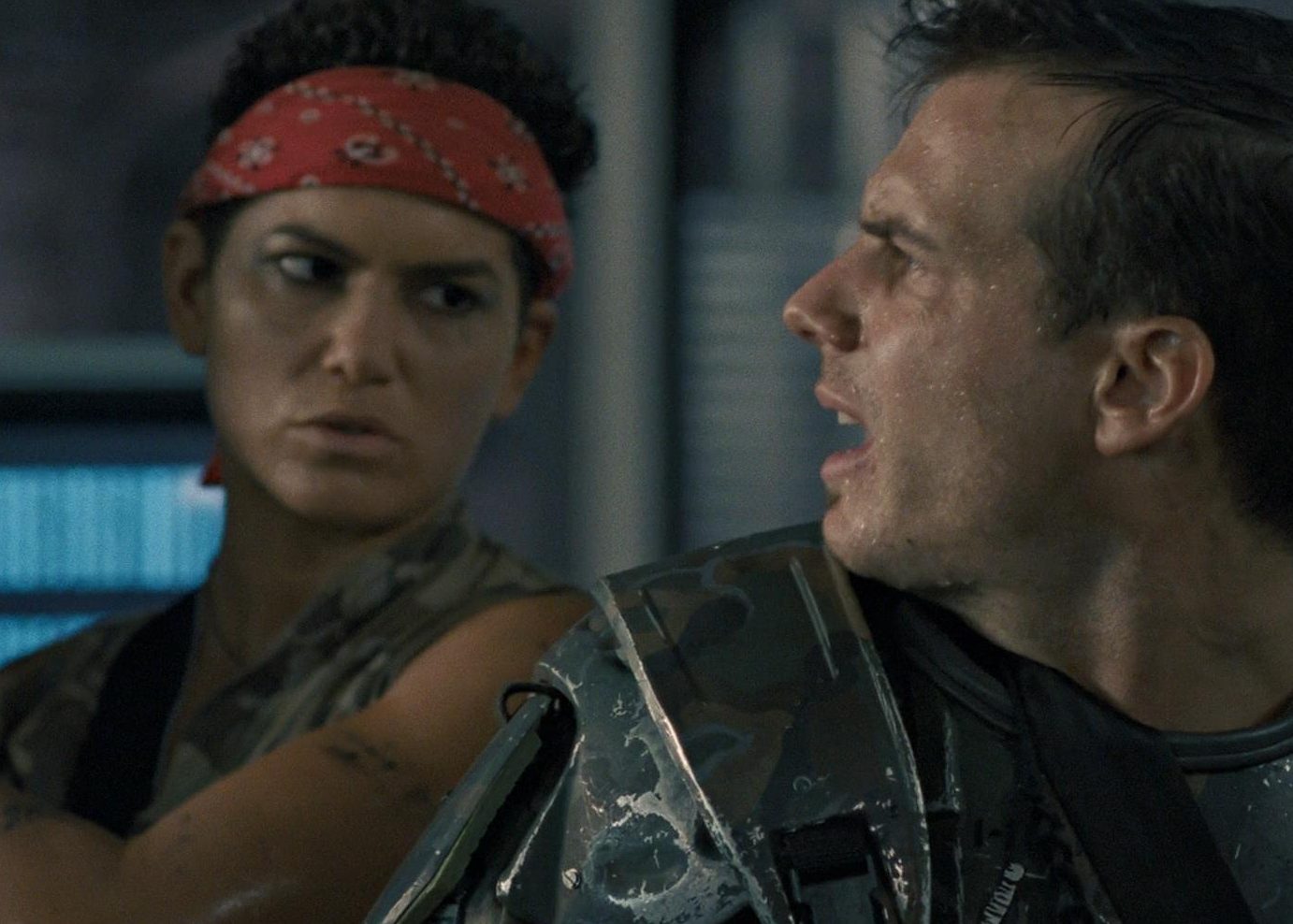 When the autoguns fire at the aliens for the second time, there is a shot an alien being blown apart. This is the same clip of the alien that Vasquez shot, spraying Drake with acid.

7. The Film’s ‘Marines’ Really Trained Together 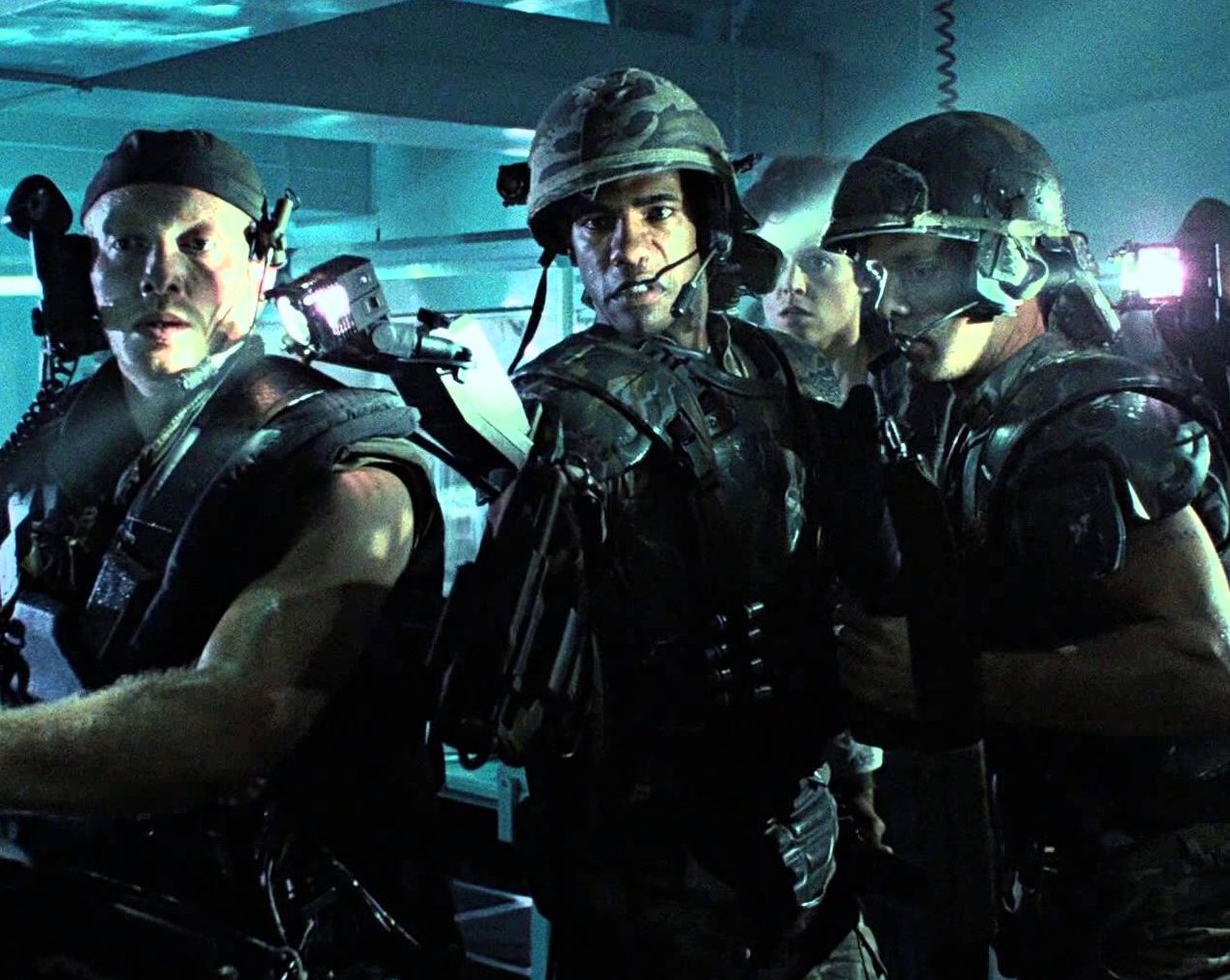 Cameron wanted them to train together so that they would form bonds that would hopefully show on-screen.

6. The Alien Nest Is Where The Joker Was Born 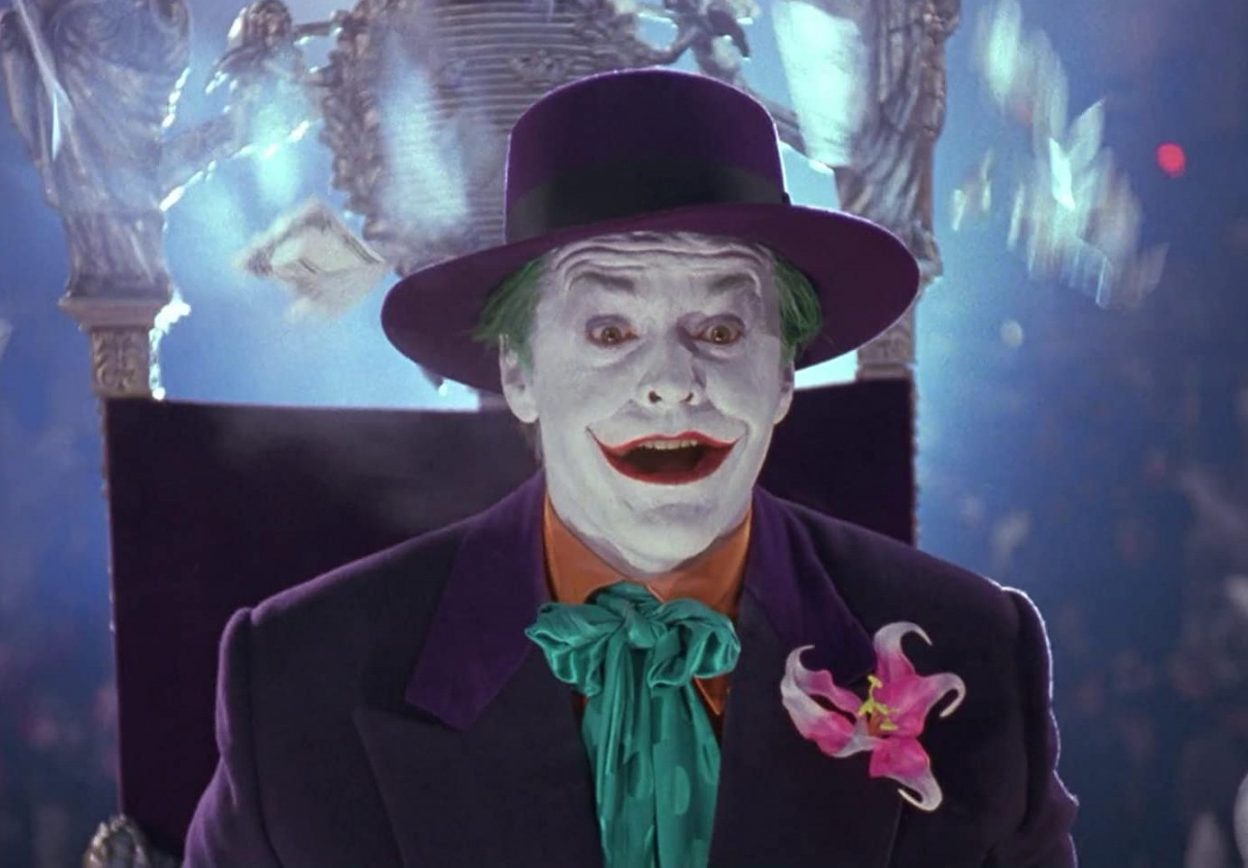 An old power station called ‘Acton Lane’ in London was used for Aliens, and later appeared as Axis Chemicals in the 1989 Batman film, where Jack Napier falls into acid and becomes Joker. 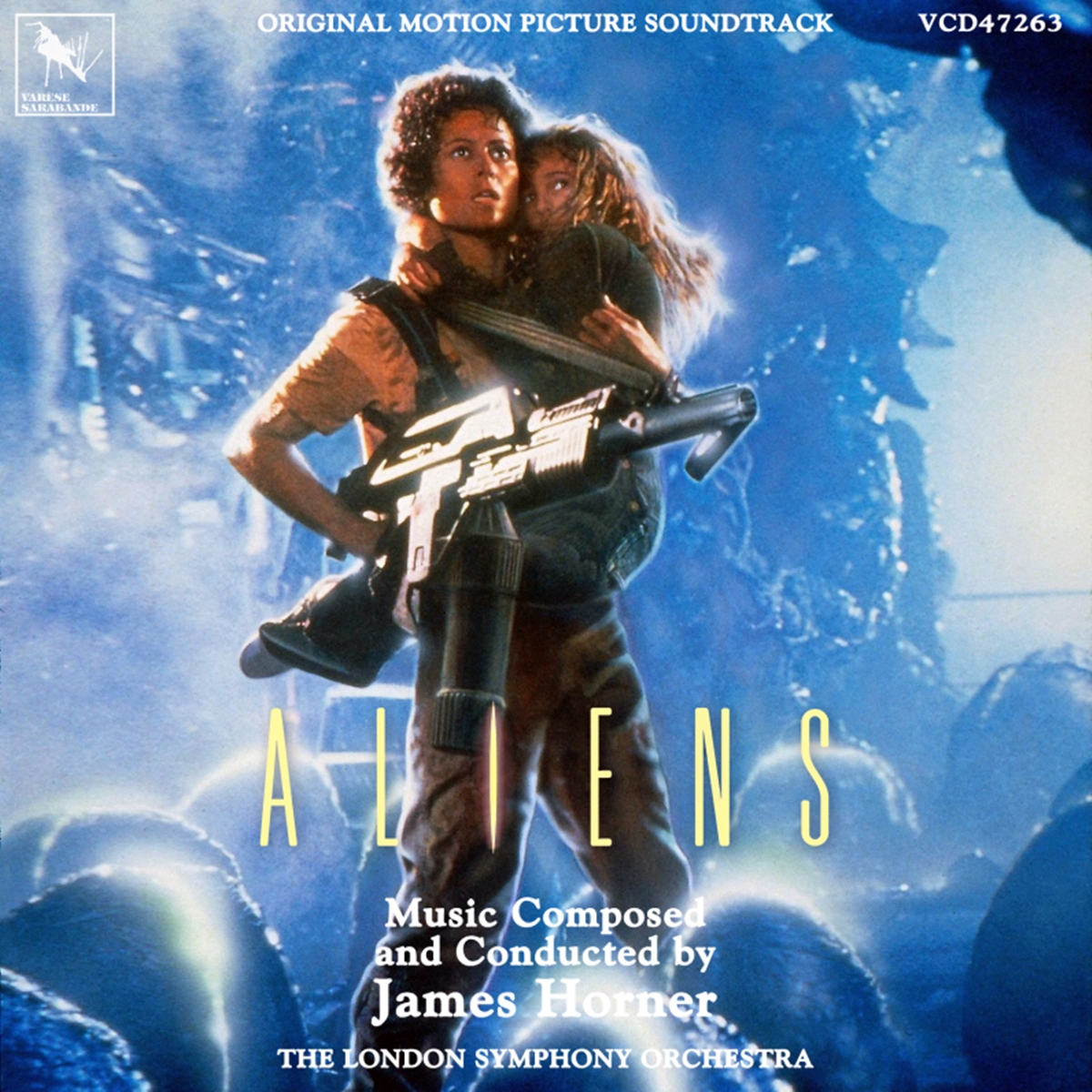 Horner thought he’d have six weeks to write the (oscar nominated) musical score, but he actually only had three, and he had to write some parts overnight.

Because of this he thought it very unlikely he’d work with Cameron again, but of course they teamed up to Oscar winning effect for Titanic.

4. You Can Spot The Lower Half Of Lance Henriksen’s Body When You Shouldn’t

After Bishop is sliced in half by the Alien queen, if you look carefully you can just about spot the lower half of his body disappearing through a hole in the floor.

3. The Alien Queen Was Operated By Over 14 People… 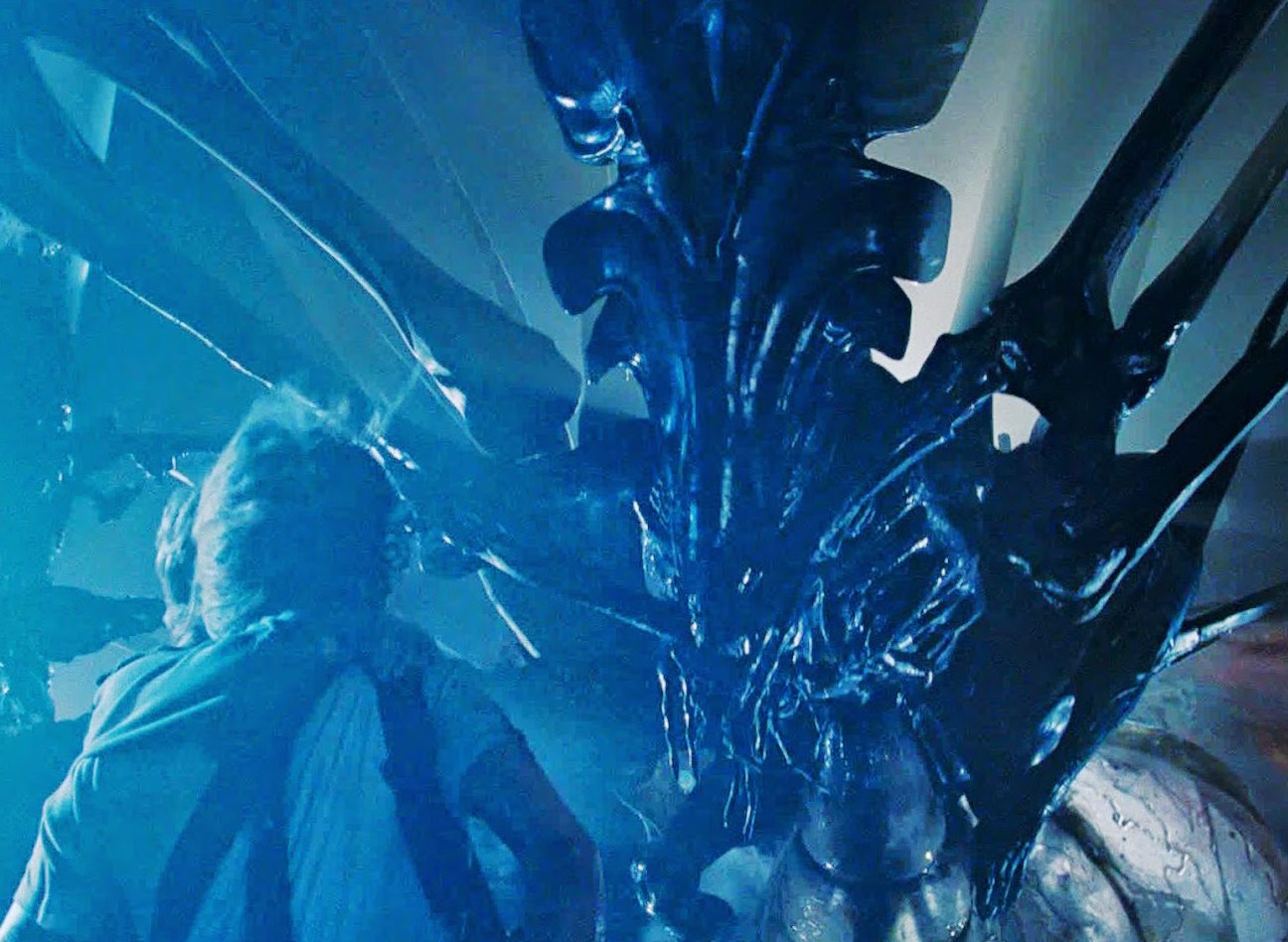 In the age before CGI, the amazing Alien queen construction was operated by anything between 14 and 16 people. 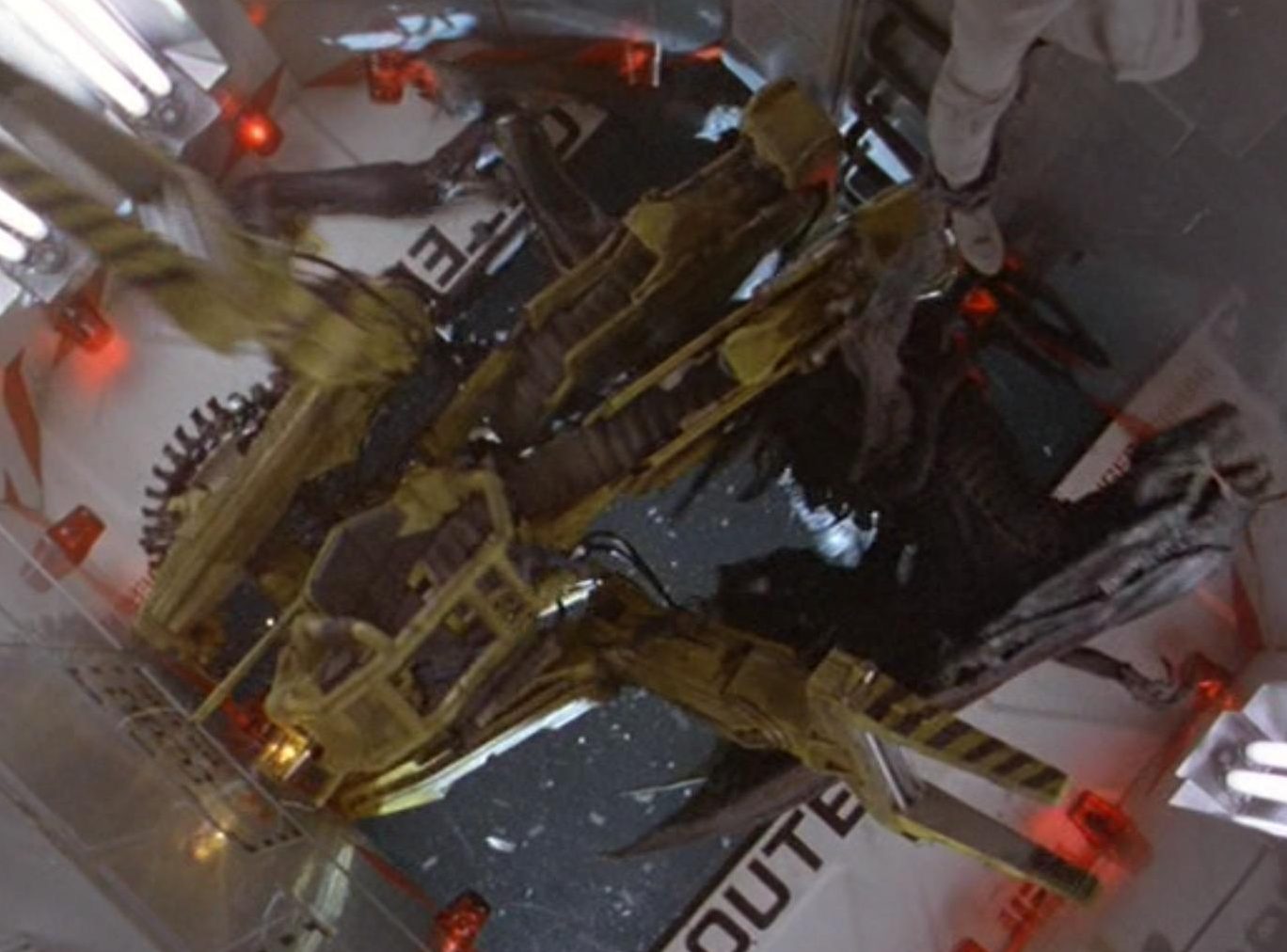 When Ripley and the alien queen both fall into the airlock, the sharp end of the queen’s tail seems to have vanished, only to reappear again later. 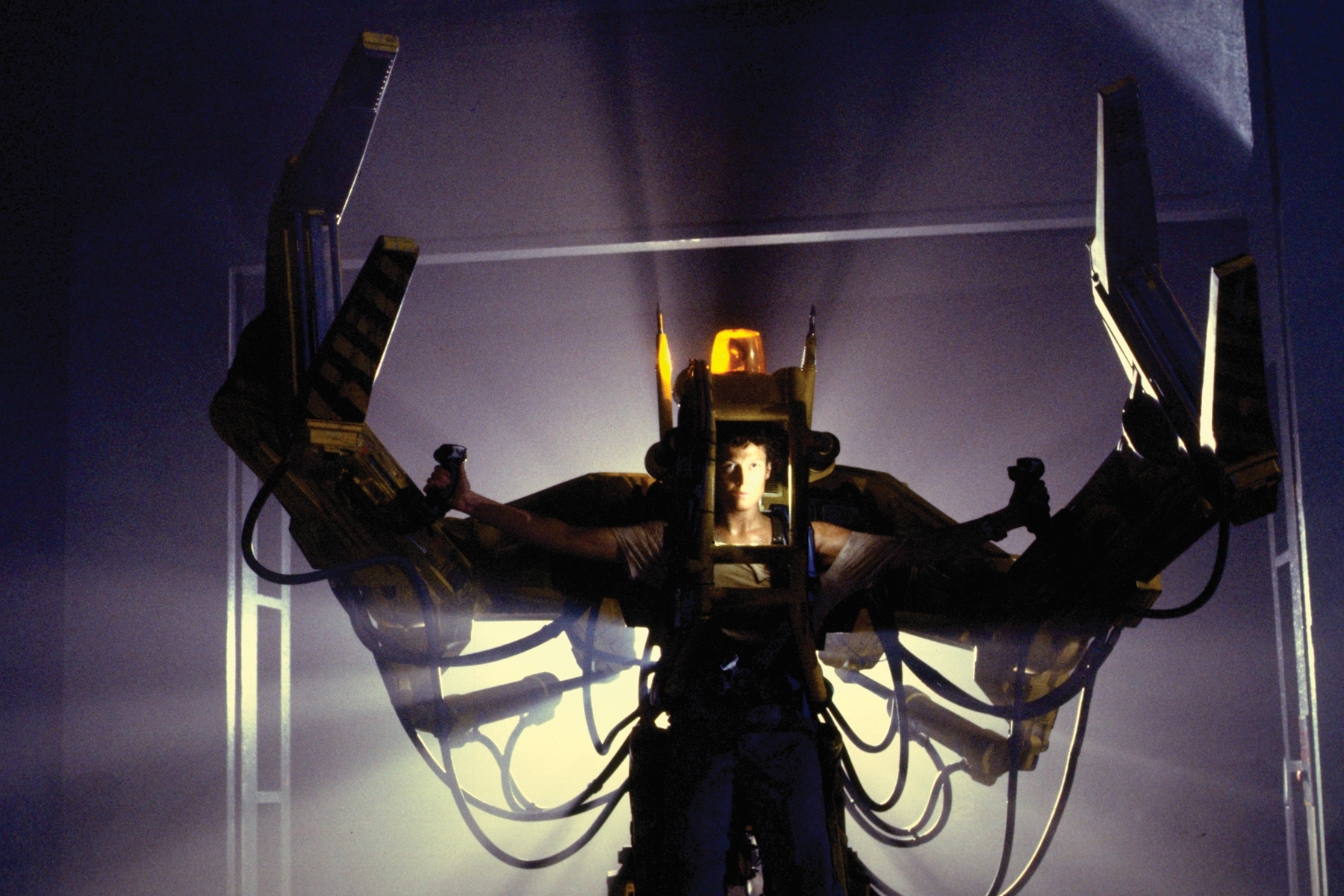 In both the standard and special edition versions of the film, the fifteen minute countdown at the end is indeed fifteen minutes. Yay for time-accuracy!