20 People Who Are Having A Worse Day Than You

It only takes one little thing to turn a good day into a bad one. Whether that’s stubbing your toe on the radiator at work, tripping over lego on your way downstairs in the morning, or finding out that you’ve got one less fiver in your pocket than you expected.

When that happens, it can be hard to wrestle the day back into a fun experience, and it can feel like the rest of the week is doomed to be just as miserable. With that said, one surefire way to feel better is to giggle at the small misfortunes of others, which is why we’re counting down the top 20 people who are having a worse day than you.

20. He was just trying to open the fridge 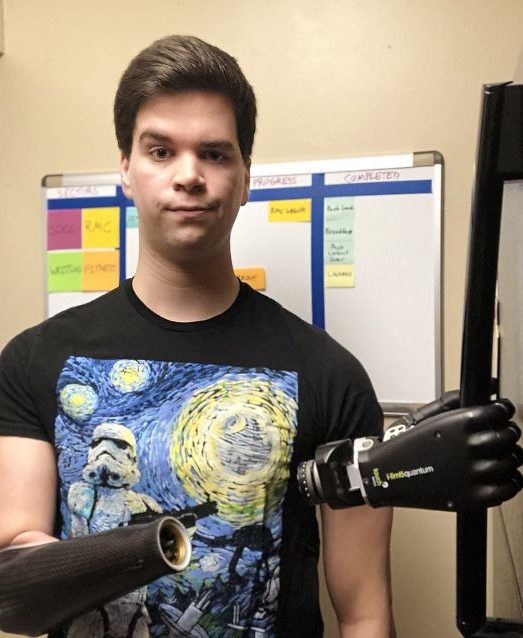 Having a disability can be tough, but most people are aware of the troubles they are likely to run into, and have figured out supports to help them function indipendently. With that said some issues, like your prosthetic disconnecting at the wrist while you try and get a snack, are hard to predict.

19. This Bitcoin farm got flooded 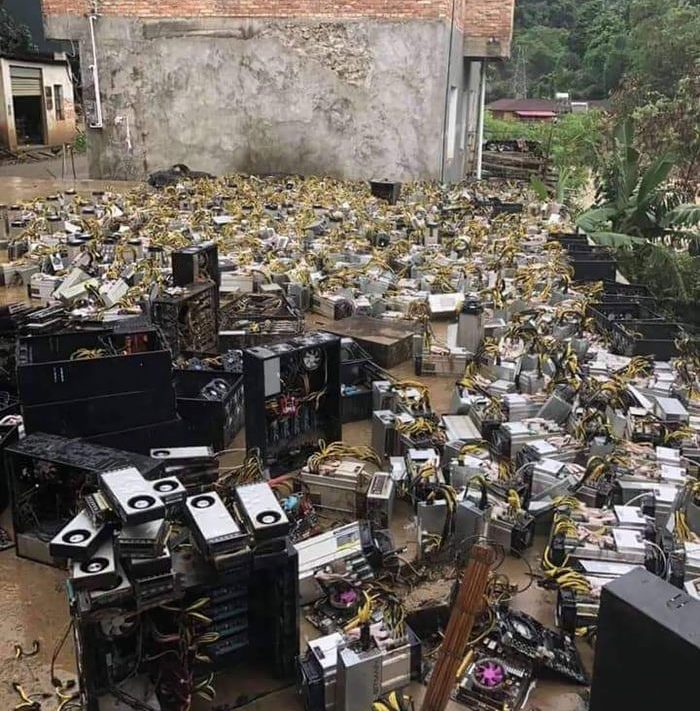 When a normal farm floods, crops, buildings and even livestock can be damaged to the point where the money they would have made is completely lost, which is devestating. Turns out running a Bitcoin farm is similar, as when it floods you have to replace all the damaged gear, as well as lose all your investments.

18. When the vending machine mocks you 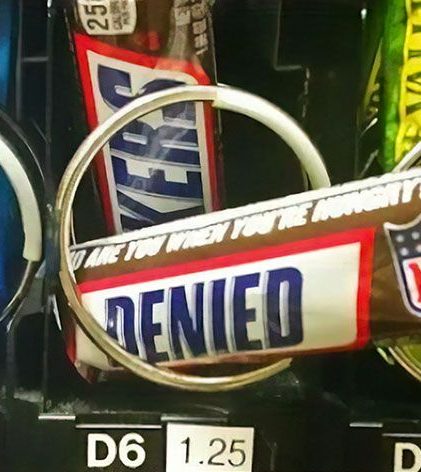 Stuff getting stuck in the vending machine on the day when you least need that to happen is such a cliche that it’s kind of become short hand in TV and movies. However, no movie would have that happen when the chocolate bar said ‘denied’ on the side of it, as it would be considered too ironic.

17. Why you don’t look into hollow trees 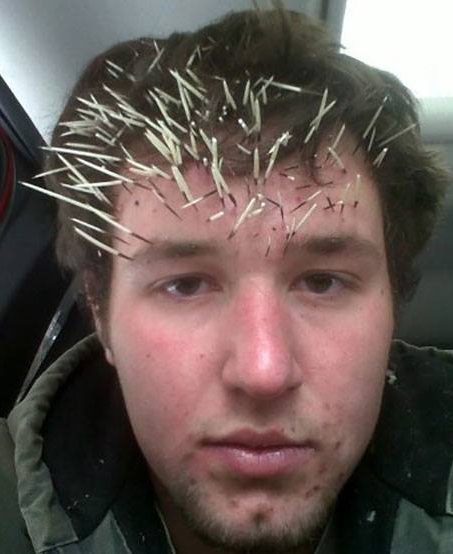 Adventuring in the forest is supposed to be a whimsical and relaxing way to spend an afternoon, but chasing critters in the wilderness can get dangerous quick – especially if you come across a porcupine. 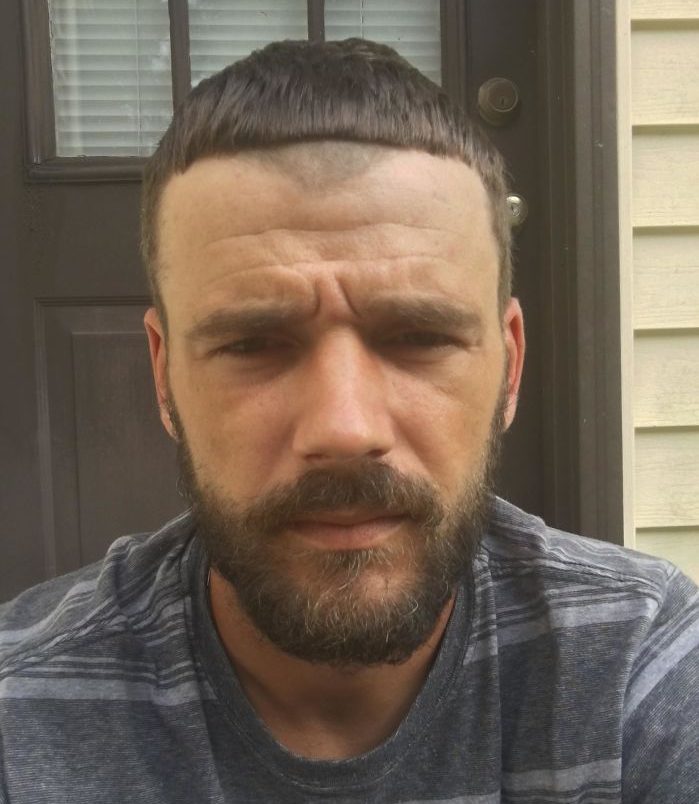 This guy only wanted his bangs cleaned up and evened out, but when he went to a new hairdressers for the first time, he got way more than he bargained for.

Some mistakes are completely understandable, while others are impossible to figure out how they happened. Putting windshield cleaner into the engine instead of engine oil is pretty dumb and regrettable however, so your milege will vary on whether or not you can see the funny side. 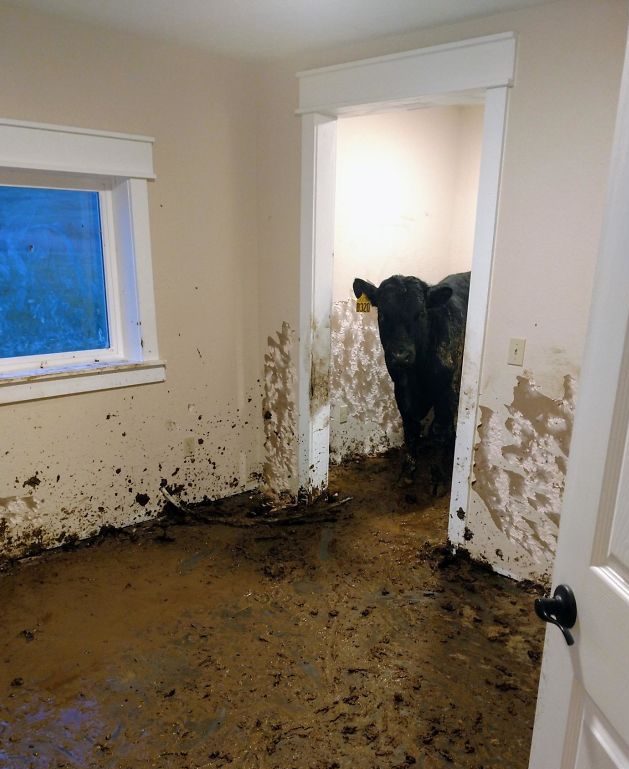 This is the kind of picture that makes you stop and wonder how on Earth it could have happened, which is why it definitely qualifies as a very bad day. This family came back to their abandoned home to realise a whole family of cows had moved in, without any of the neighbors noticing.

13. Climbed all the way for the view 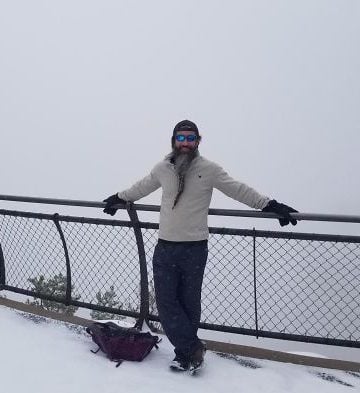 Depending on who you ask, any day where you have to go hiking is already a bad day. However, if you hike all the way to th Grand Canyon, only to have the view completely obscured by fog, then it’s definitely a very bad day.

12. This smoothie gave the nutribullet energy 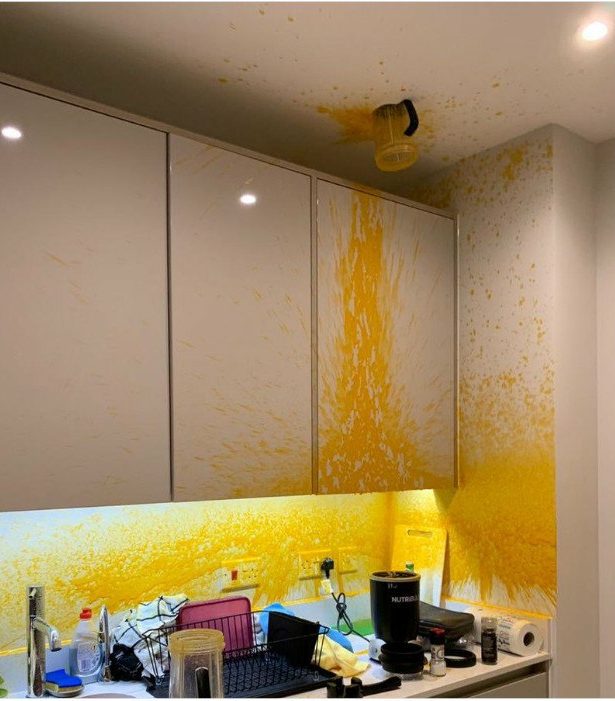 Renting has a lot of downsides, from being banned from having pets to having visitors without notice. This tenant has another downside, having to call their landlord and explain that their smoothie maker exploded and ruined the kitchen.

11. The tarmac on the road wasn’t sealed yet 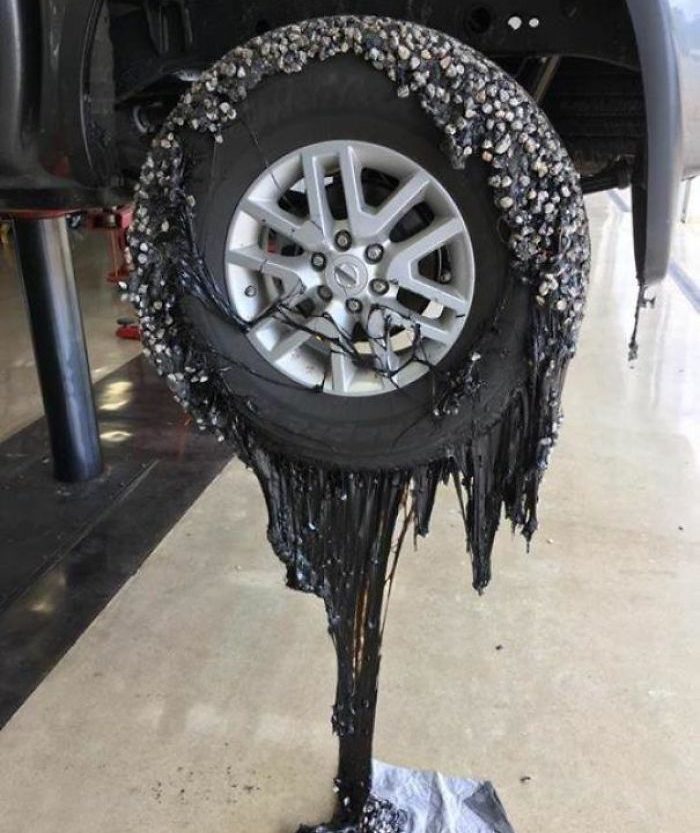 Cars make everyone’s lives easier and more convinient, but that doesn’t mean they don’t have significant downsides. Having to change your oil is annoying, running out of petrol in the middle of nowhere is annoying, and driving along an unfinished road and ruining your tyres is definitely annoying. 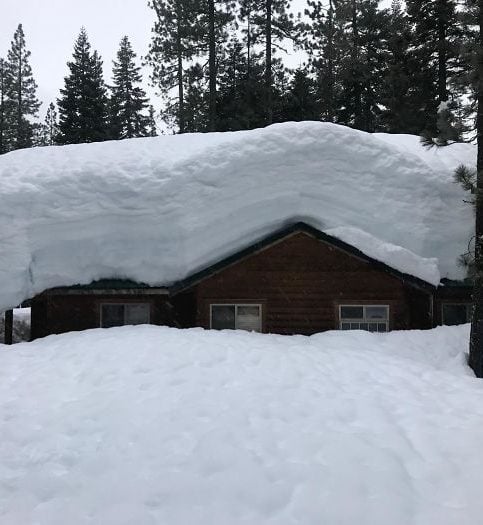 Living in a cabin in the middle of nowhere is a nightmare for some people, while for others it’s a total dream. With that said, both groups of people would be horrified if they went away for a week and returned to find their house under more snow than its whole entire height.

9. Machine glitched when the Jackpot was hit 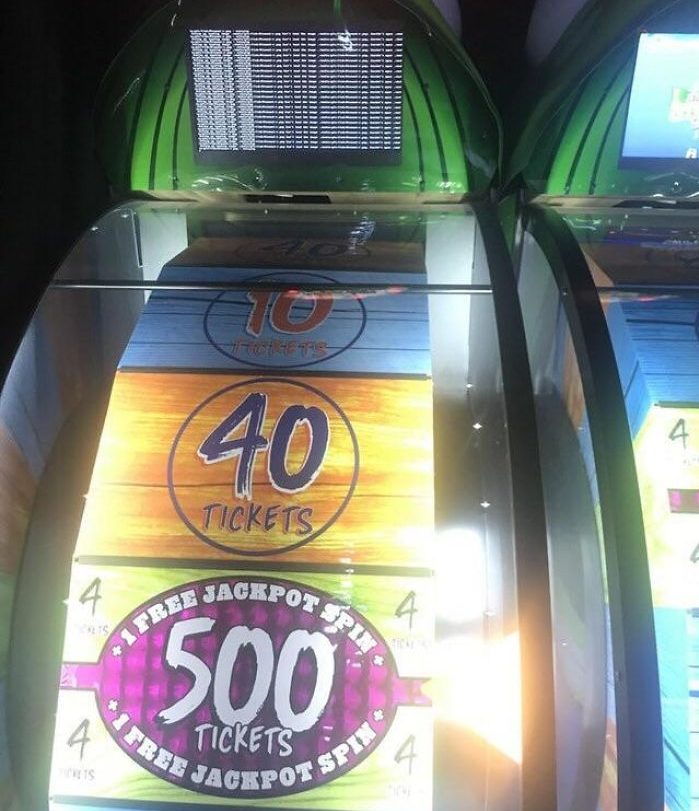 Hitting the Jackpot is one of the best things that can happen to you, so much so that it’s literally used as an expression for a great thing happening. So when you hit the jackpot, but are deprived of your prize when the machine breaks, you basically couldn’t be having a worse day.

8. The very worst thing to come home to 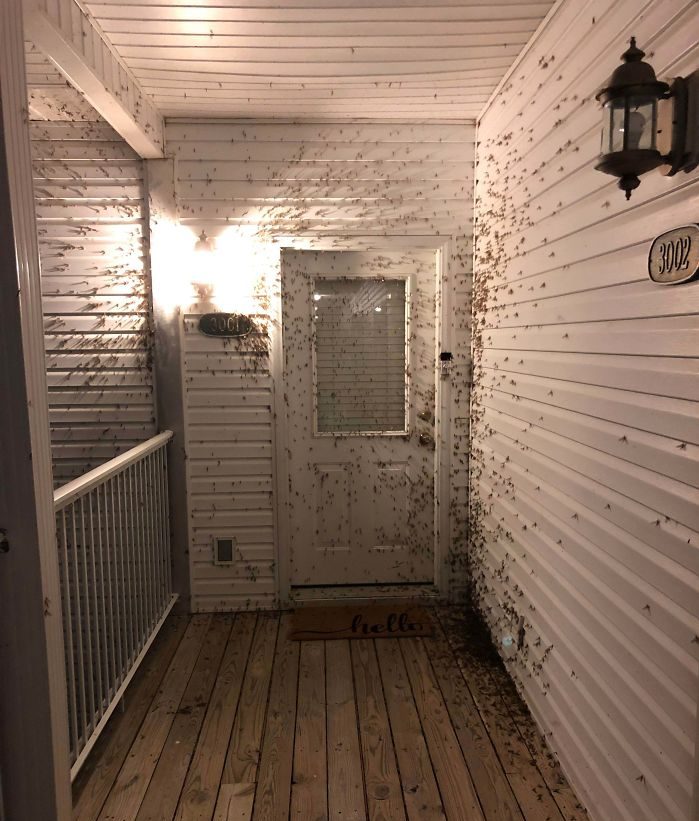 Some days make you want to go straight home and spend a weekend under the covers, eating ice-cream and watching TV until everything feels a little better. The worst thing about this is, the poor homeowner wouldn’t even be able to do that.

7. When you reach for the wrong bottle 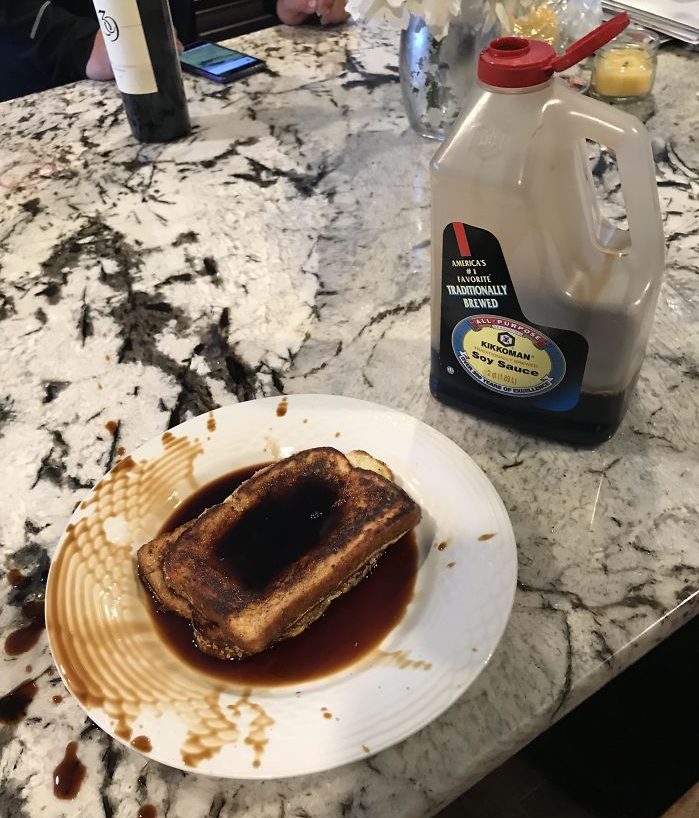 There’s nothing better than a good indulgent breakfast, because both the sugar and the joy of it really set you up to have a good day. Pouring a gallon of soy sauce over your french toast instead of syrup though, is maybe the quickest way to take you from the best morning ever to the worst.

6. Car got “nicked” by the snowplough 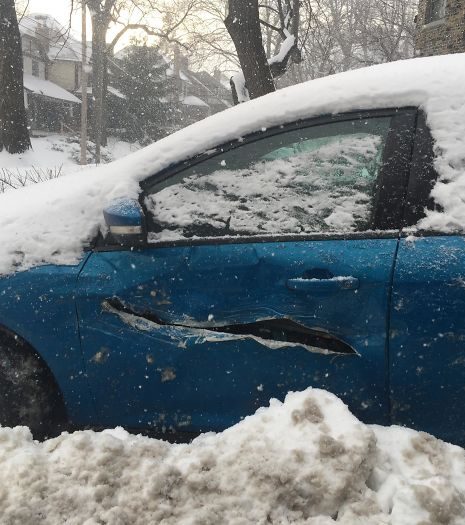 Someone accidentally backing into or scraping your car is one of those tiny annoyances that can absolutely put a downer on your day, but it’s usually something you can forget about after a while. If a car did this much damage to your vehicle however, you’d have permission to seethe about it for at least a week.

5. Moments after a proposal 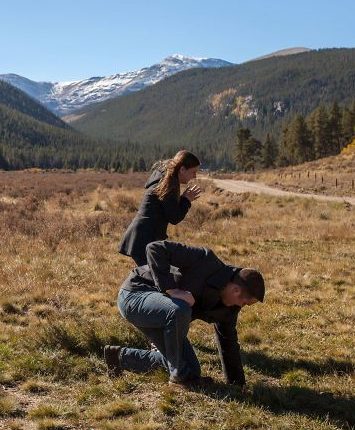 As far as the most magical moments of your life go, experiencing a proposal is way up near the top. Not only that, but disaster proposals – like when your boyfriend drops the ring down a gopher hole – are still very memorable, just for completely the wrong reasons.

4. When your pizza cutter is too good at its job 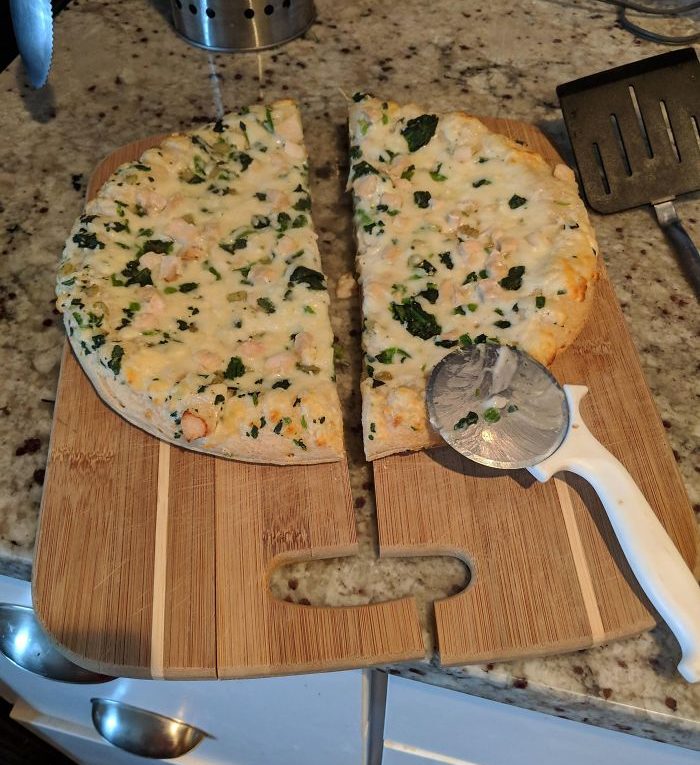 There are quite a few annoying but minor life experiences almost everybody shares: stubbing your toe on Lego, getting shampoo in your eye, and trying to cut pizza with a blunt pizza cutter. The opposite experience is far rarer, but apparently just as annoying. 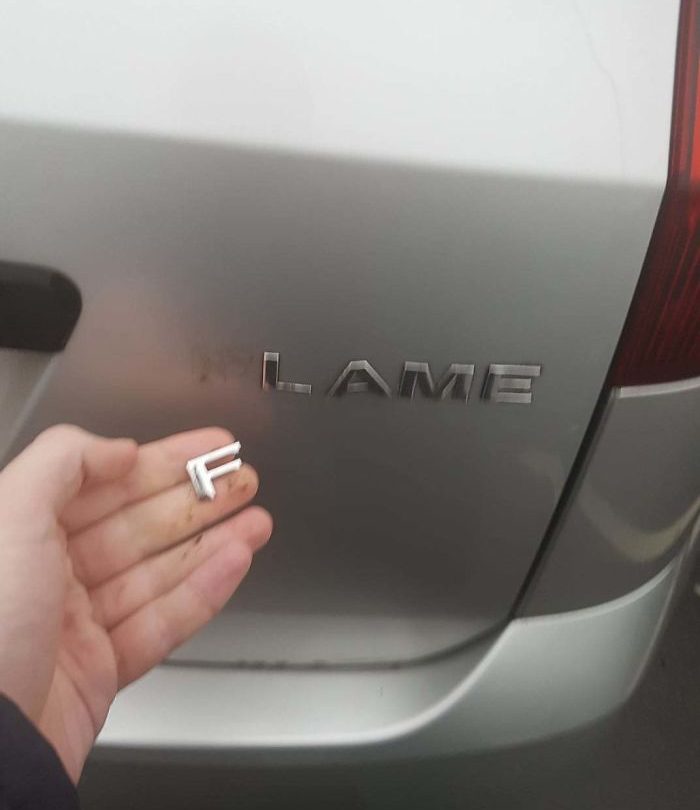 Quite a few of the entries on this list have been about cars, because they’re expensive, very necessary for a lot of poeple, and also very tempramental. This at least is a relatively quick and cheap fix, but it would definitely make you feel way less cool for a couple of hours.

2. This roof caved in for literally no reason 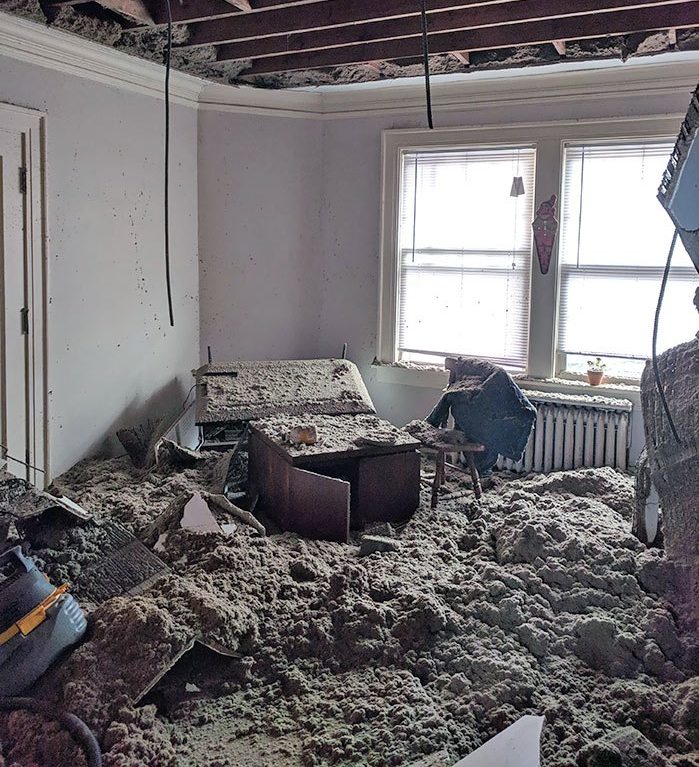 On the completely opposite end of the spectrum from a cheap and easy fix like a car decal, having your living room turn into a quarry over night is what you see if you look up “bad day” in the dictionary.

1. Trying to even out the tan 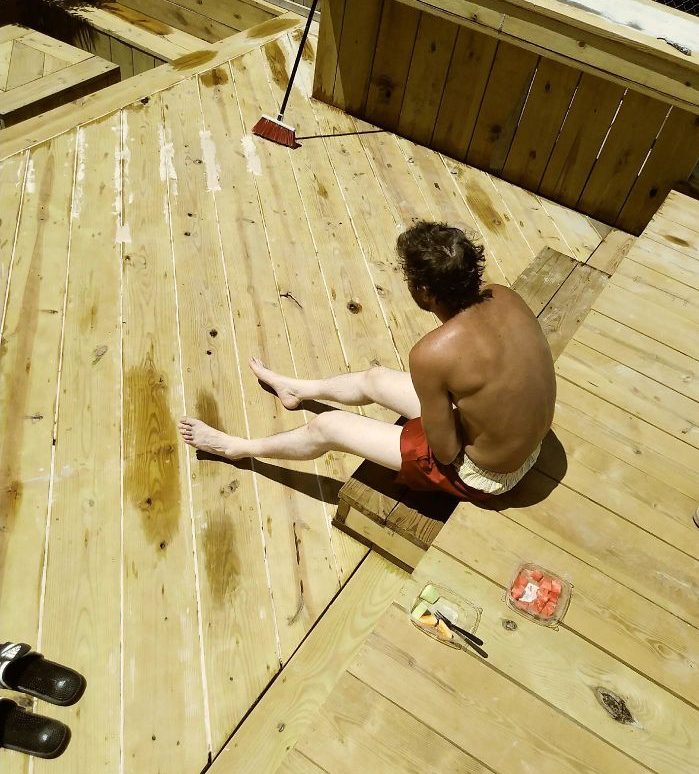 Everyone makes embarassing mistakes while on holiday, whether it’s a vacation romance gone wrong or just getting too drunk off the back of the hotel mini bar. Most of those mistakes don’t get back on the plane with you, but a bad tan is a bad day you’ll be unable to escape for months.