The Critters films were great fun, they were a similar combination of comedy and horror that we also saw in franchises such as Gremlins and Ghoulies. Many people remember Critters fondly, as one of the first horrors they saw growing up, and most agree that the series got steadily worse as it went on – some people aren’t even aware that there is a Critters 4!

We take a look back at the franchise and some frighteningly fun facts from across the movies.

2. In the first Critters film, there is a Critter seen emerging from a toilet. This is almost certainly an homage to the similar film franchise, Ghoulies, which saw monsters who came out of toilets to attack their victims!

3. When destroying the bedroom, one of the Critters finds and tears apart an E.T Extra Terrestrial plush toy. This is another homage to the films of the time, especially Gremlins which was produced by E.T’s director, Steven Spielberg.

4. The outfits worn by the bowlers in the scene set in the bowling alley are designed as a send-up of the Ghostbusters logo, yet another similar comedy-horror type film from the same era. There were plenty of in-jokes going on!

5. The total body count for the first Critters film comprises of two people, a cow and several chickens! They are clearly not the most successful hunters!

6. The eggs seen in the movie were created using Sugar Apples as the props. Sounds tastier than boiled Critter eggs, that’s for sure!

7. Critters 2 was David Twohy’s first writing credit, he went on to pen other notable films such as Waterworld, Pitch Black and the rest of the Riddick franchise.

8. One of the Bounty Hunters starts out as a man names “Ug” and the transforms later in the movie in to a woman named “Lee”. Put them together and what do you get? Man, that bounty hunter is ug-lee! 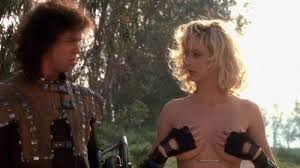 10. In one scene, a young girl is seen on a tricycle trying to escape the Critters. It is widely thought this is an homage to A Nightmare on Elm Street 3: The Dream Warriors as there is a similar girl on a tricycle, dressed in similar colours, too.

11. Critters 3 was Leonardo DiCaprio’s feature film debut. DiCaprio would go on to star in some major films, such as Titanic, Romeo and Juliet, The Wolf of Wall Street and Django Unchained. At least it could only get better from here, Leo!

12. Critters 3 and Critters 4 were shot back to back simultaneously between February 1991 and July 1991. How to make two “great” films at once!

13. Billy Zane also stars in the Critters franchise, having appeared in the first film. He and Leonardo DiCaprio would go on to star together in Titanic in 1997 – a slight difference in budget and takings between the two!

14. Terrence Mann appears again as “Ug” in Critters 3, but he doesn’t actually appear in the film until after his name has already appeared in the end credits in a scene that was designed to link Critters 3 and Critters 4 together!

15. All of the external space scenes in Critters 4 were lifted from the movie “Android”, an earlier work of Don Keith Opper’s. That’s one way to save money, by stealing the effects from a film you made 8 years earlier!

16. This was the first Critters film in which Don Keith Opper took top billing as actor! This was in spite of him being one of only two actors to appear in all four films of the franchise!

17. The other actor who appeared in all four films of the franchise was Terrence Mann.

18. Critters 4 is the only film in the franchise in which the titular Critters are unable to fire poison darts at their prey. A useful tool they always had so it was strange this was removed as it took away part of the threat.

19. There are only really 2 Critters in the fourth film in the franchise, and one of them is given a haircut by a laser gun to help tell the two apart. This is also an homage to a scene in Critters 2 in which of the Critters receives a similar haircut in the same way. 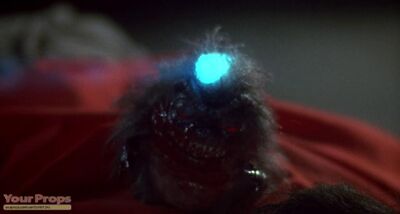 All four of the Critters films are under 90 minutes in length. Not necessarily a good thing for the first two, but definitely a blessing in disguise for the final two installments which really aren’t great films, no matter how big a fan of the franchise you are!

So did this ring back memories? Did you know these fun facts already? Are you a Critters fan or a Critters hater, or even a Critters virgin who’s never seen any of the films? Let us know in the comments as always!