Growing up we were blessed with a massive amount of quality TV shows that over the years have become classics that we love to watch again and again. And starring in these shows were some brilliant actors that we grew to love and still remember with much fondness.

Below are 20 fascinating facts about 9 of our very favourite childhood TV stars which we really hope you will enjoy reading! 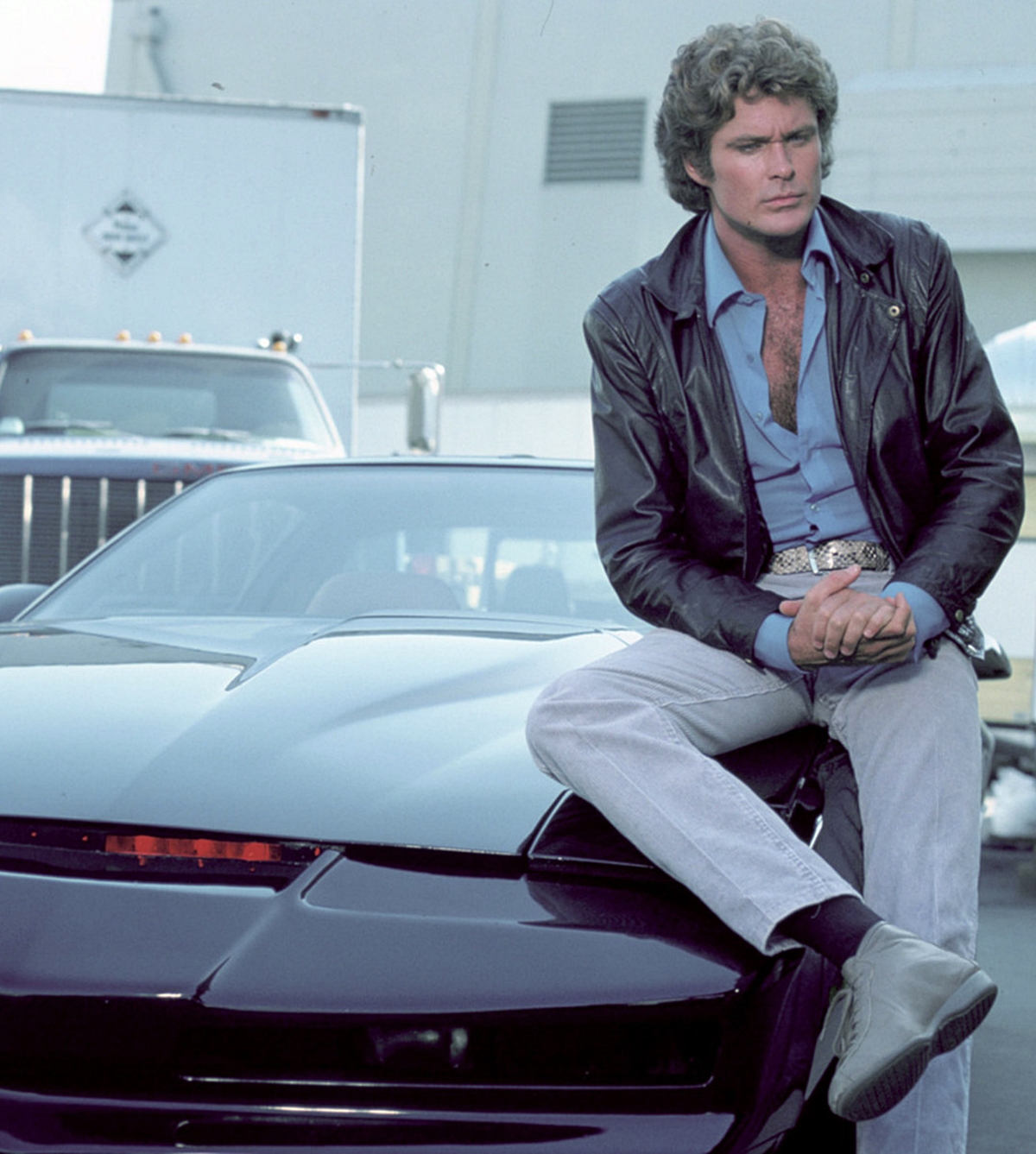 1. He Didn’t Meet The Voice Of K.I.T.T. When Filming Knight Rider

William Daniels (the voice of K.I.T.T.) and David Hasselhoff were never once in the same room whilst Knight Rider was being made.

They first met at the show’s Christmas party when Knight Rider was already an established hit. 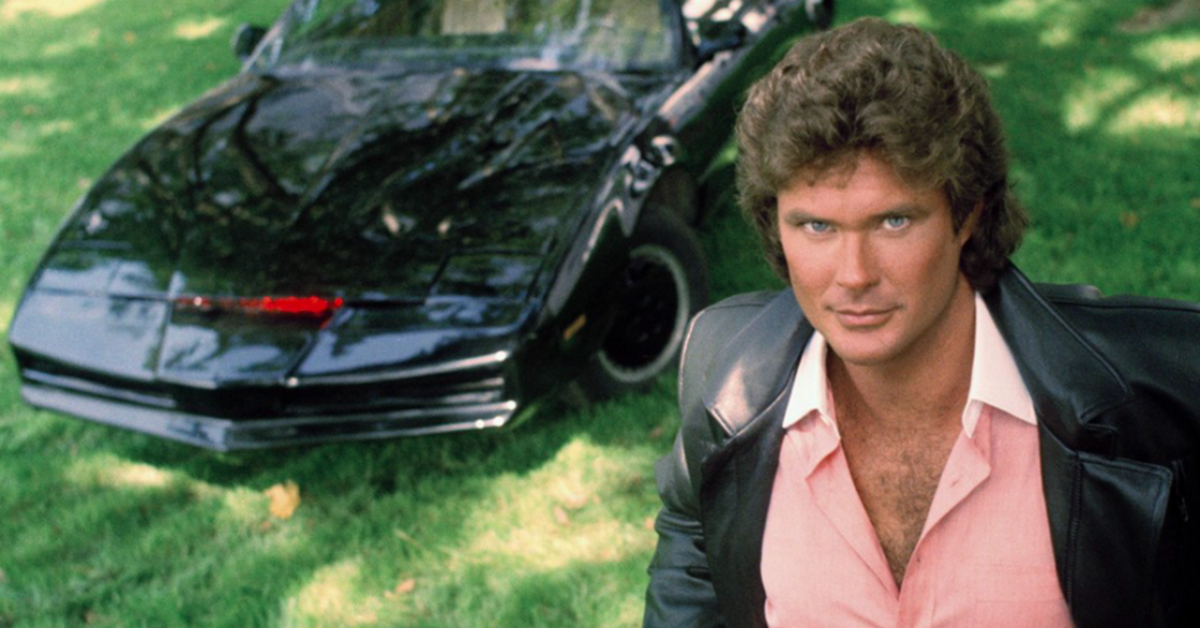 2. He Once Held A Guinness World Record

Hasselhoff once held a Guinness World Record for being the most watched man on television. This was because, at its 1996 peak, Baywatch had an estimated weekly audience of 1.1 billion viewers in 142 countries. 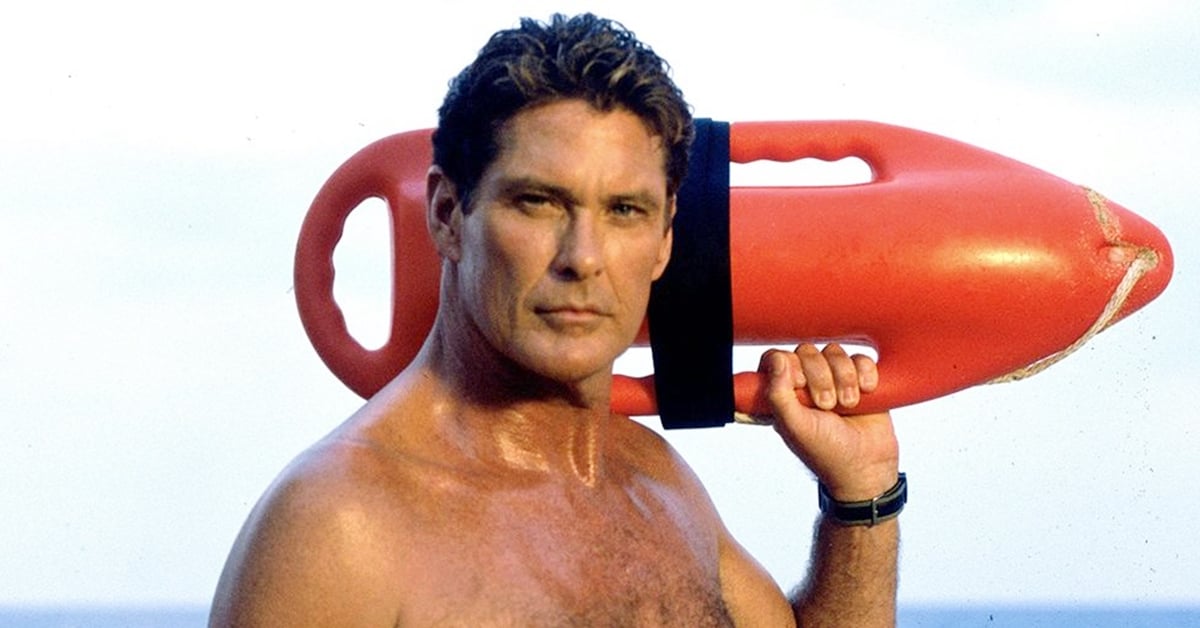 3. He Has Battled Alcohol Addiction

In 2007 a video, filmed by his daughter, appeared online showing Hasselhoff extremely drunk inside his home. Hasselhoff says he owes everything to the support he received from his children, saying “When I realised what my daughter had done I knew I had to sort myself out.

It happens to a lot of people but I am lucky to have my children and my nephew who love me dearly enough to tell me the truth.” 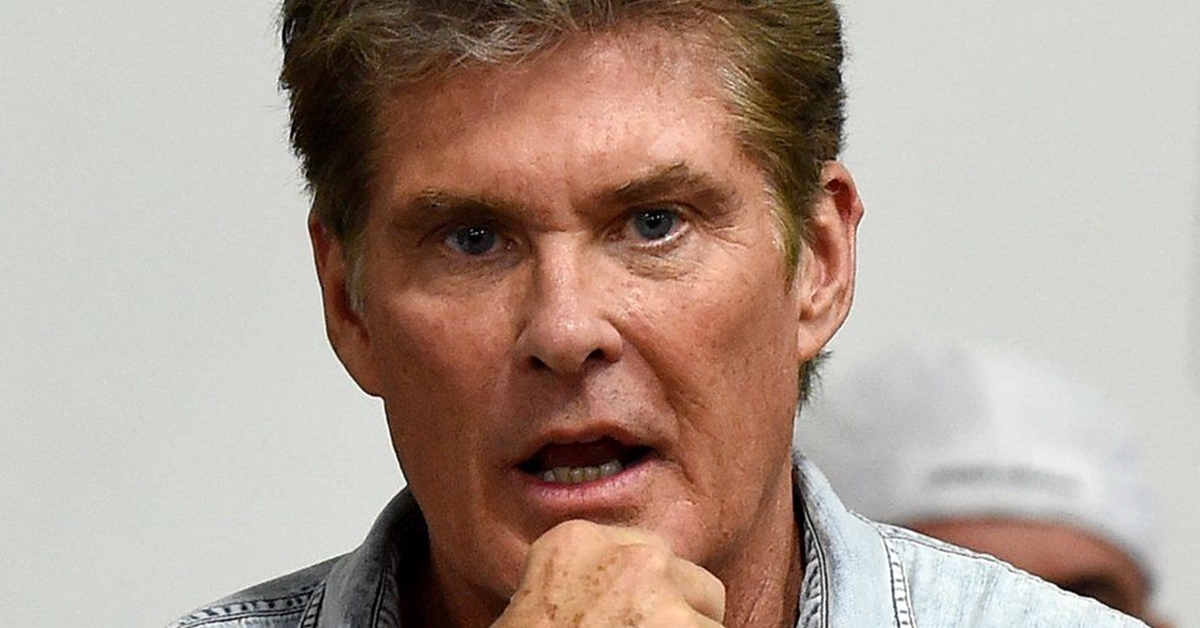 4. She Quit Baywatch Because She Wasn’t Happy

Erika Eleniak was Baywatch’s main female character for the first 2 series until she quit.

It was confirmed by both producers and Erika herself that she left the show because she disliked the direction it was taking. 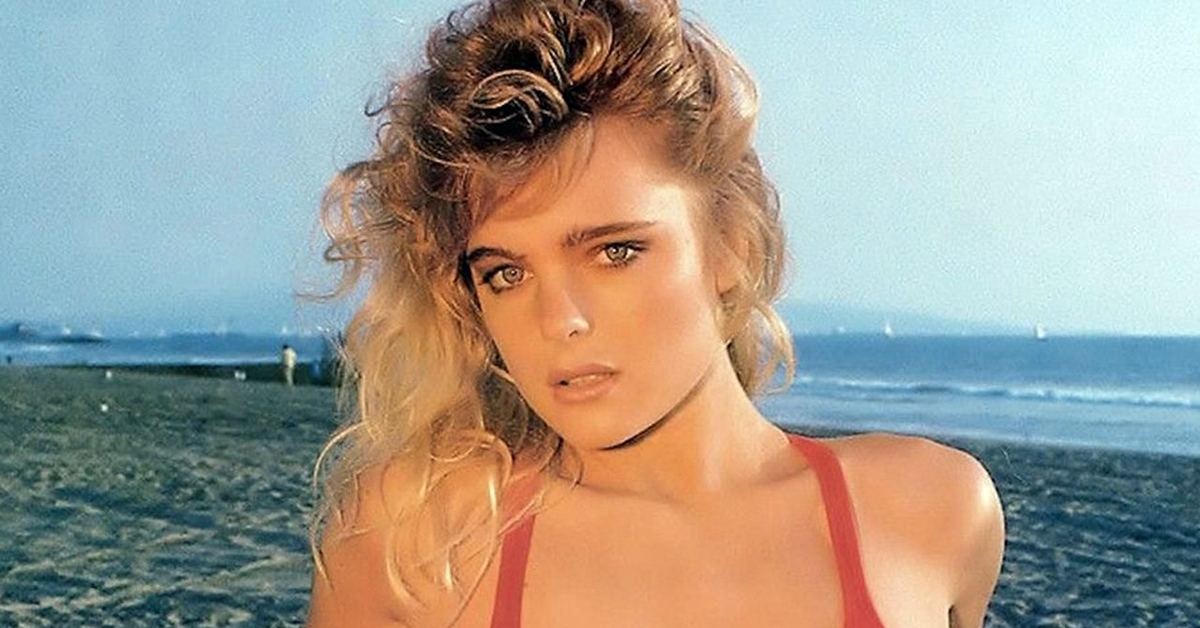 5. He Struggled To Find Work After Diff’rent Strokes Ended

Gary Coleman was 18 years old when Diff’rent Strokes ended, but the congenital kidney condition he suffered with meant he appeared much younger, causing difficulties in finding roles once he became an adult. 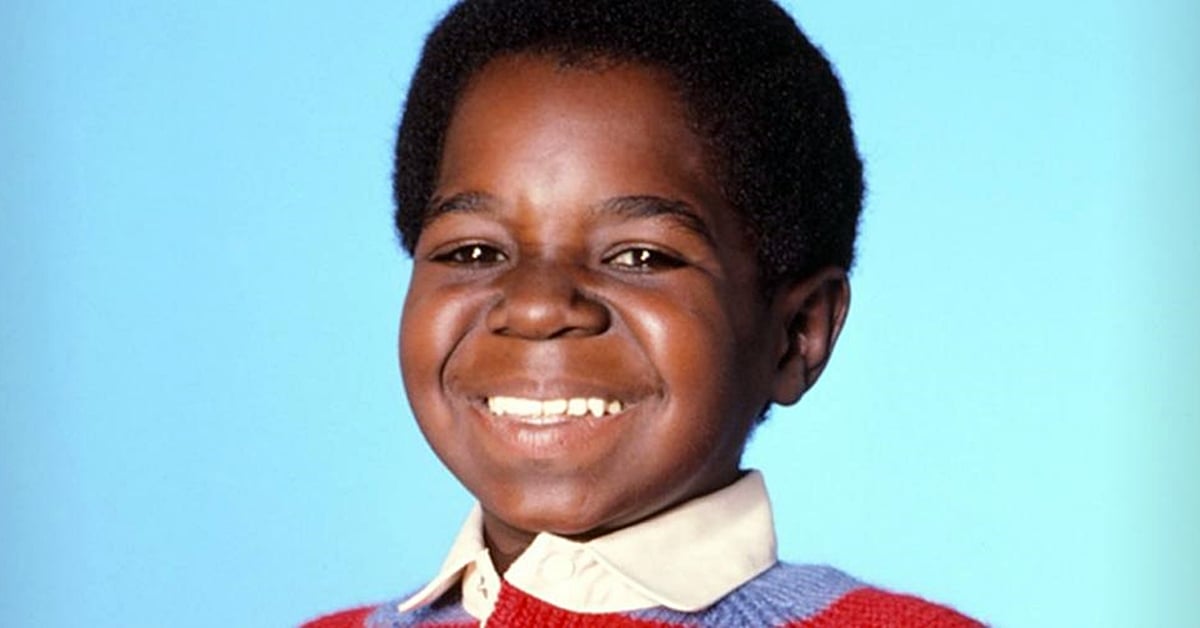 6. He Once Sued His Own Parents

Coleman struggled financially later in life, and in 1989 he successfully sued his parents and business adviser over ‘misappropriation of his assets’. 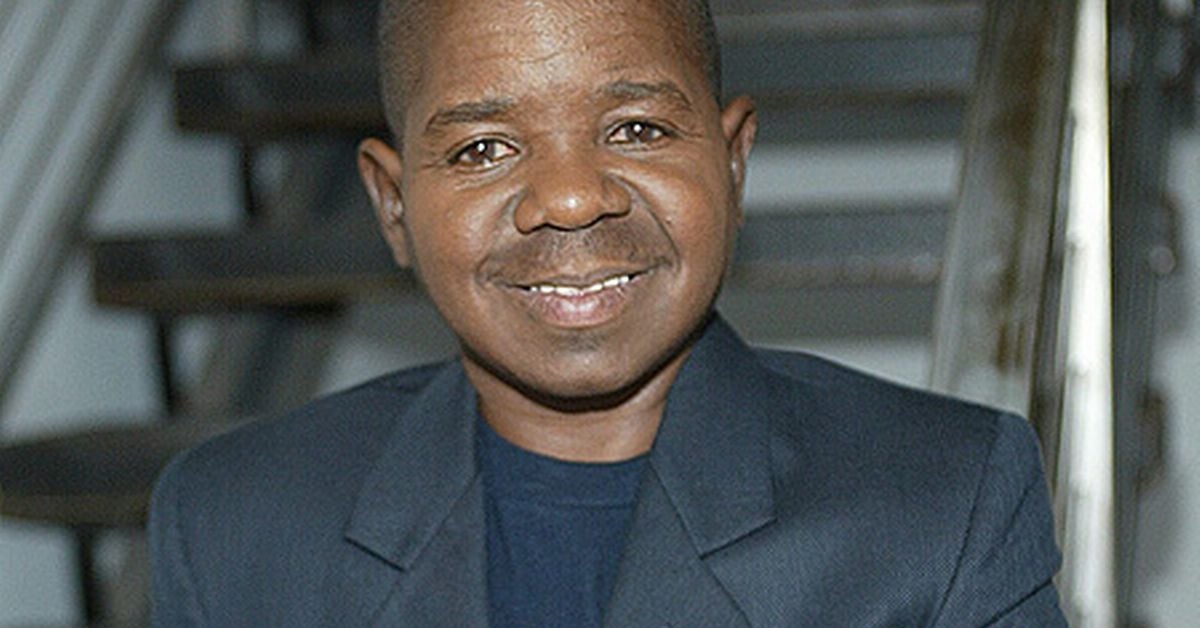 7. He Struggled To Read His Scripts

Due to having dyslexia (which wasn’t actually diagnosed until he was 31), Winkler struggled to read the 6 lines he was given at his audition, and apparently made them up instead. “That’s not in the script,” the producers pointed out, to which Winkler replied: “I know, but I’m giving you the essence of the character and if I get the part I’ll do it verbatim.” 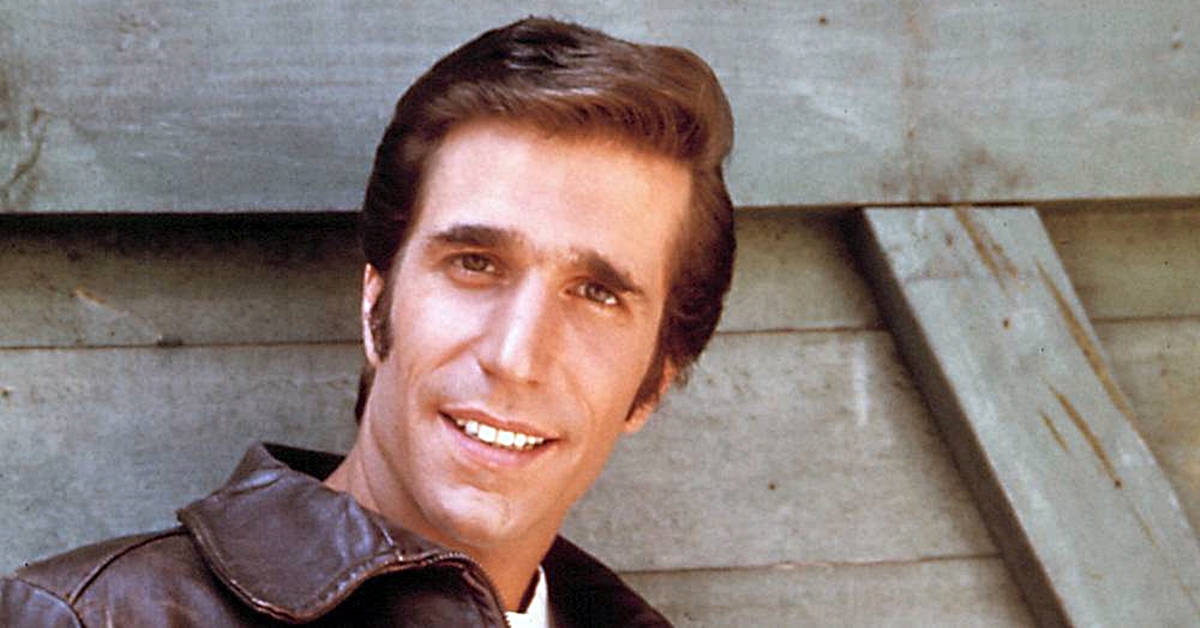 8. He Coined The Phrase ‘Jumping The Shark’

You may have heard the phrase ‘Jumping The Shark’, which is defined as ‘a point in a TV show or film when far-fetched events are included merely for the sake of novelty, indicative of a decline in quality’.

The phrase came from a scene from a fifth season episode of Happy Days when Fonzie jumps over a shark while on water-skis, which was deemed as being a blatant ploy to increase ratings. 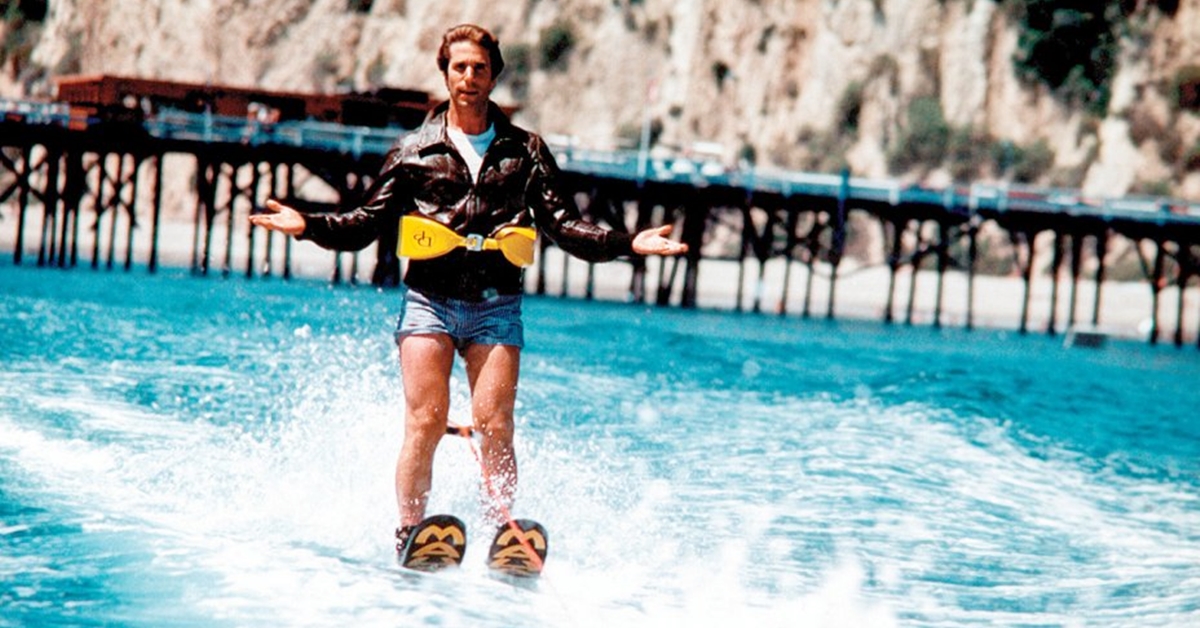 9. His Leather Jacket Is Now A Historical Treasure

The leather jacket worn by Winkler in Happy Days was purchased by the Smithsonian Institution to be displayed at the National Museum of American History. 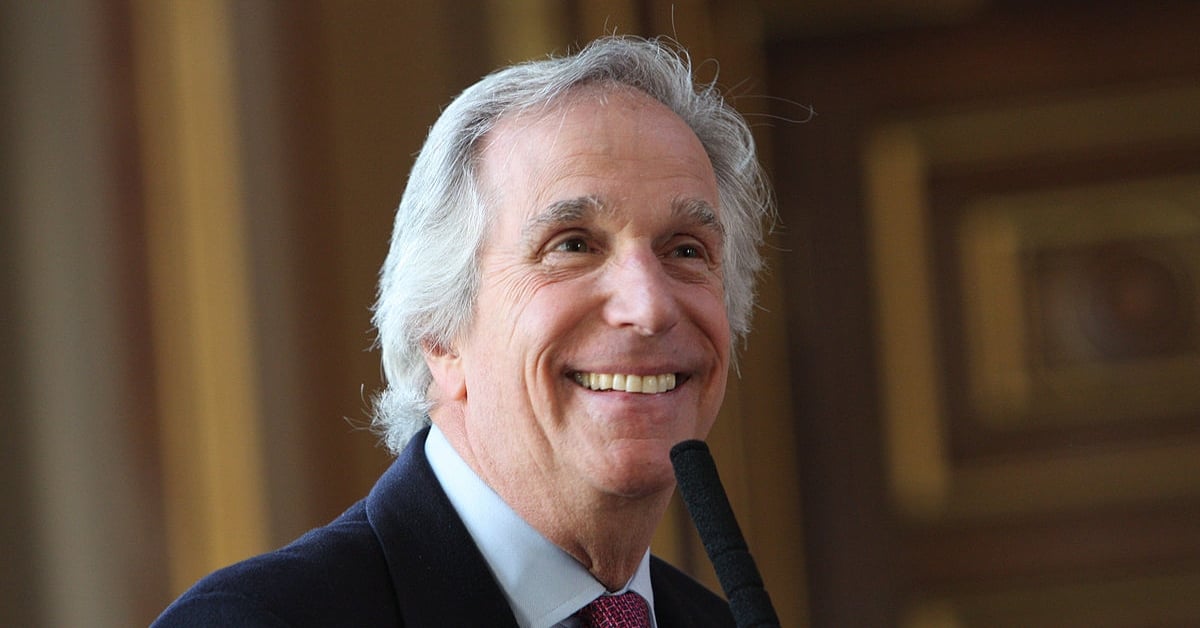 10. His Stunt Double Was Killed

Tragically, Jan-Michael Vincent’s stunt double Reid Rondell was killed in a crash whilst the show was being filmed. 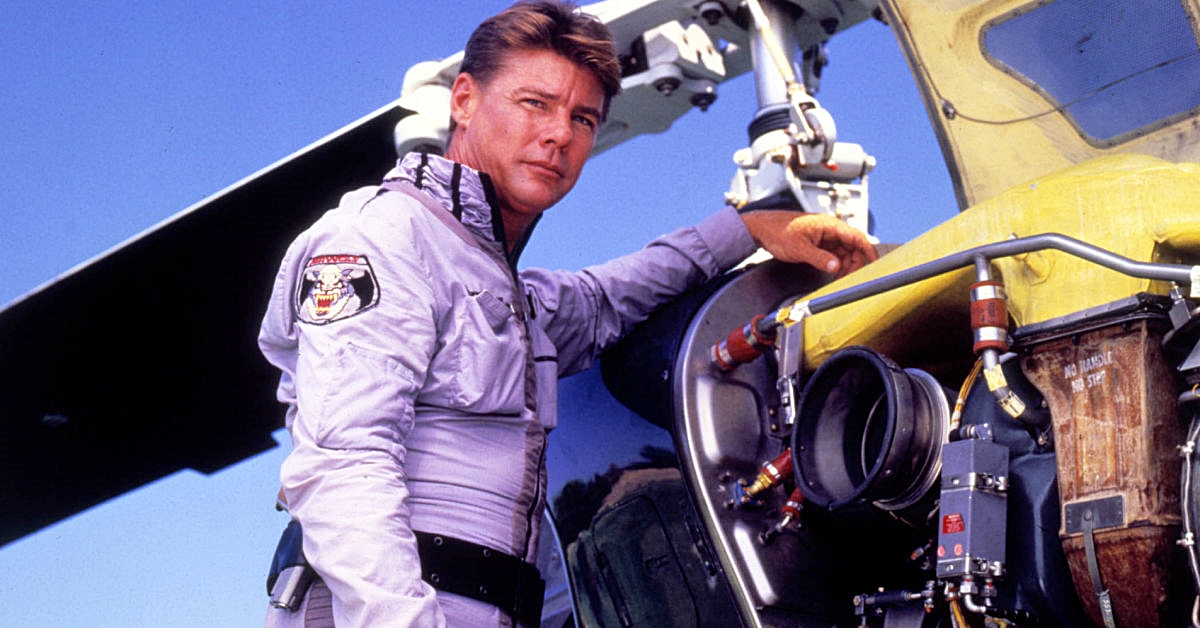 11. He Has A Photographic Memory

According to his co-star Ernest Borgnine, Jan-Michael Vincent could look at a script only once before he was ready to start filming. 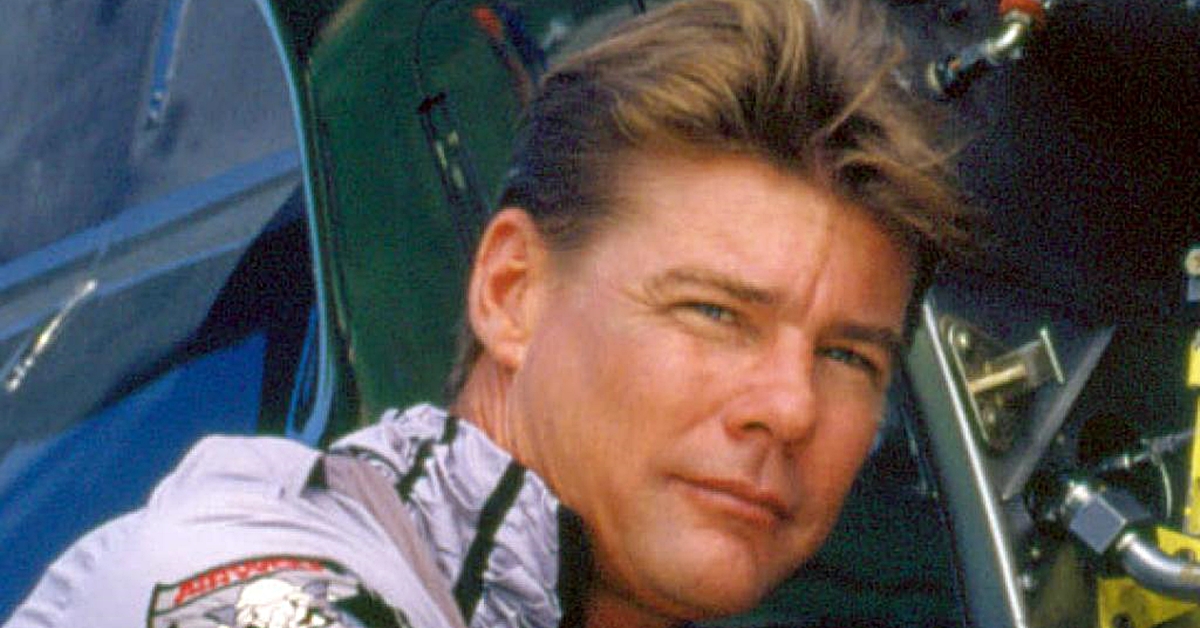 12. He Had A Tough Childhood

Born Laurence Tureaud, Mr. T grew up in a housing project in Chicago, in an area that had the largest concentration of poverty in the US.

As a youngster he was witness to both murder and rape, but says he was able to get through it thanks to his loving mum. 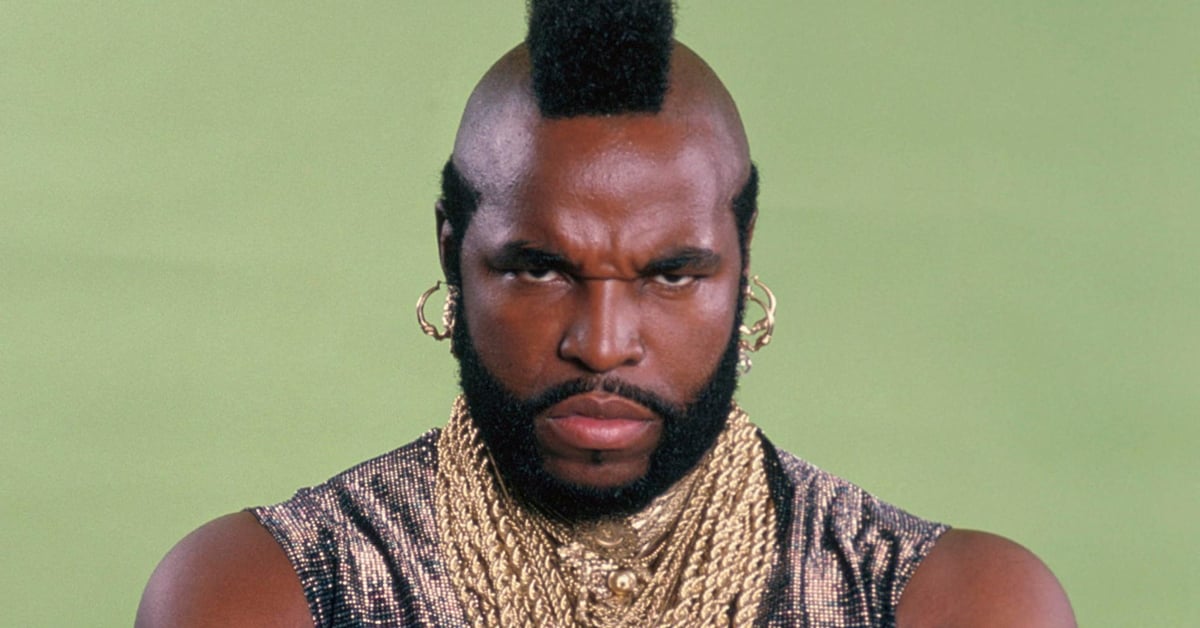 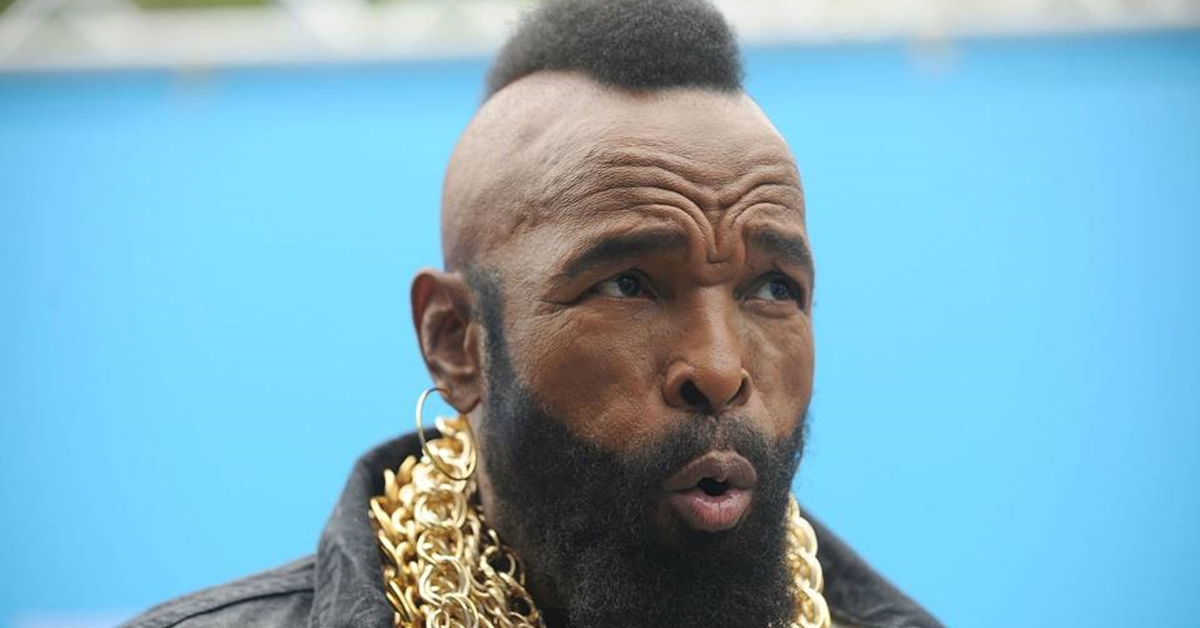 14. He And George Peppard Didn’t Get On Too Well

We really don’t want to ruin your childhood, but the sad truth is that Mr. T and George Peppard didn’t get on all that well during filming of The A-Team.

Apparently this was largely down to the fact that Peppard was angry that Mr T had become she show’s big star and was being paid more than him. 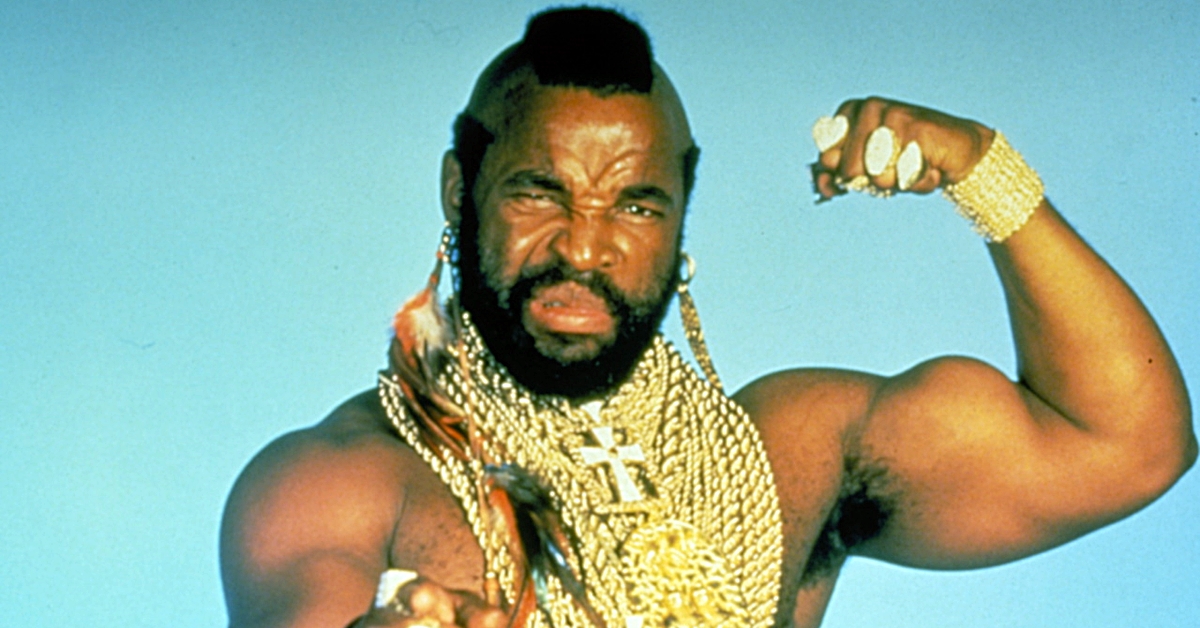 15. He Is Trying To Get Street Hawk Remade

Rex Smith is working to get Street Hawk remade and he has started a petition which needs 100’000 signatures before it can be presented to A TV network. 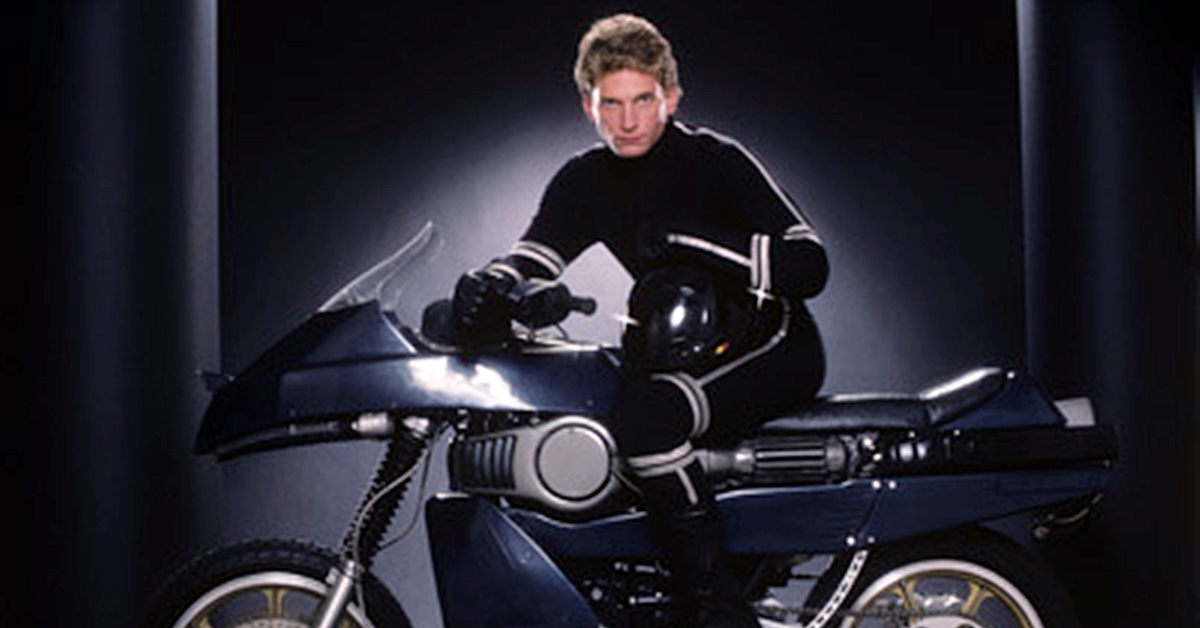 16. He Was Amazing In His Quantum Leap Audition

After Scott Bakula auditioned for the role of Dr. Sam Beckett in Quantum Leap, the show’s creator Donald Bellisario says that he contained his excitement and calmly thanked Bakula for his great audition.

He has said “He walked out and the door closed. And I went, ‘That’s the guy’.” 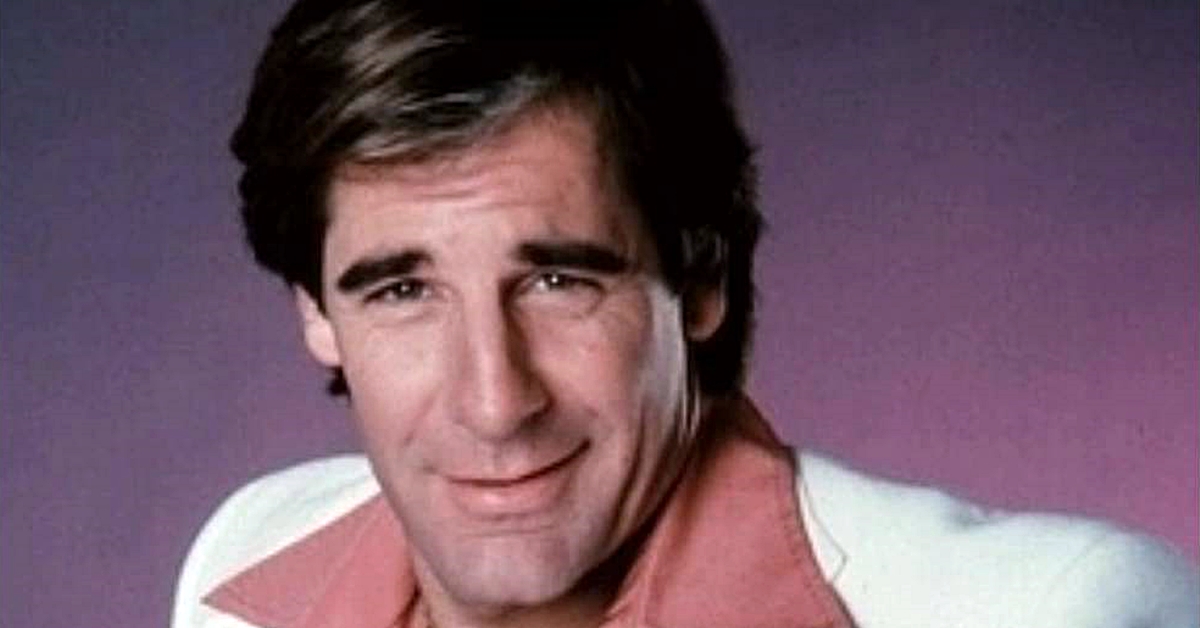 17. He Had To Work Really Hard

Because Sam Beckett was in almost every scene in every episode of Quantum Leap, Bakula often had to work seven days a week, causing him to once say “I always likened that show to running a marathon: You just tried to get through the season in one piece.” 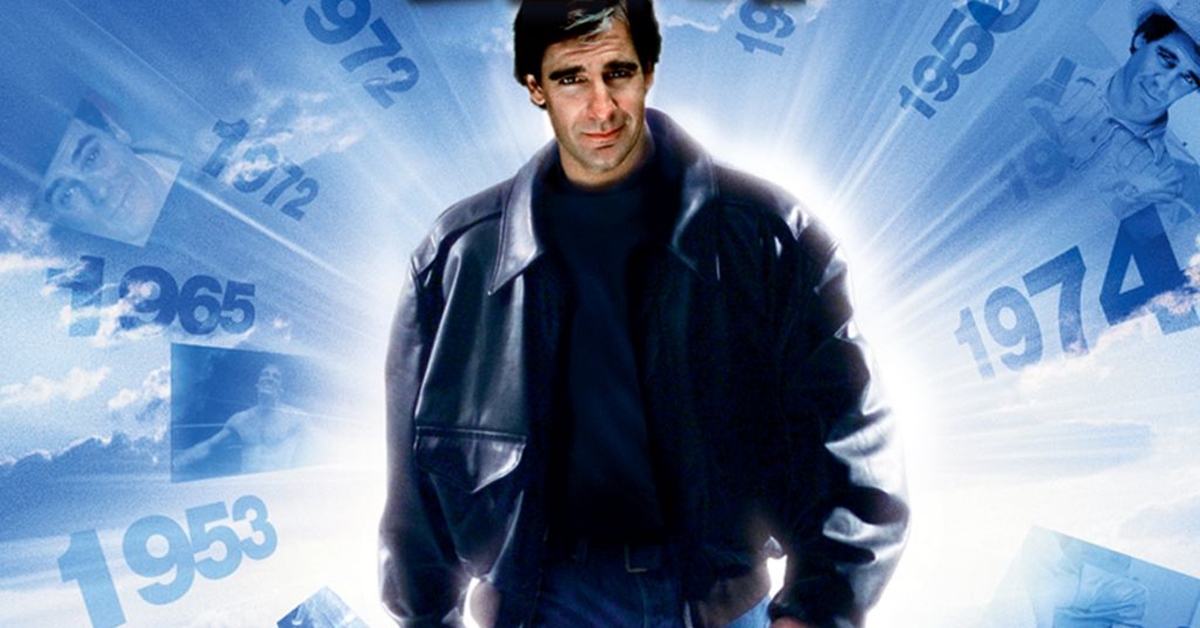 Will Smith (The Fresh Prince Of Bel Air)

Before starring as The Fresh Prince, Will Smith owed the government $2.8 million in unpaid taxes, which caused the IRS to seize most of his belongings.

Smith was about to declare bankruptcy until he was picked to star in this new show, but he still had to pay the IRS 70% of his salary over the first three series. 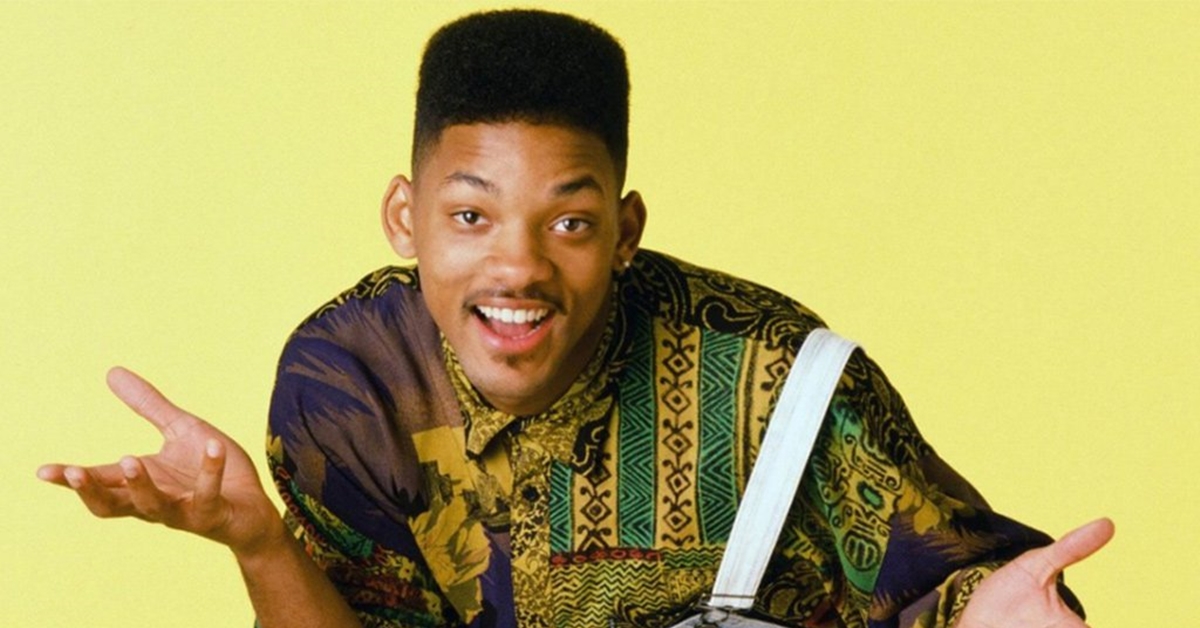 19. He Met His Wife During Auditions

Smith’s wife Jada Pinkett Smith auditioned for the role of Will’s on-screen girlfriend. She didn’t get the part, but the couple still got married in 1997. 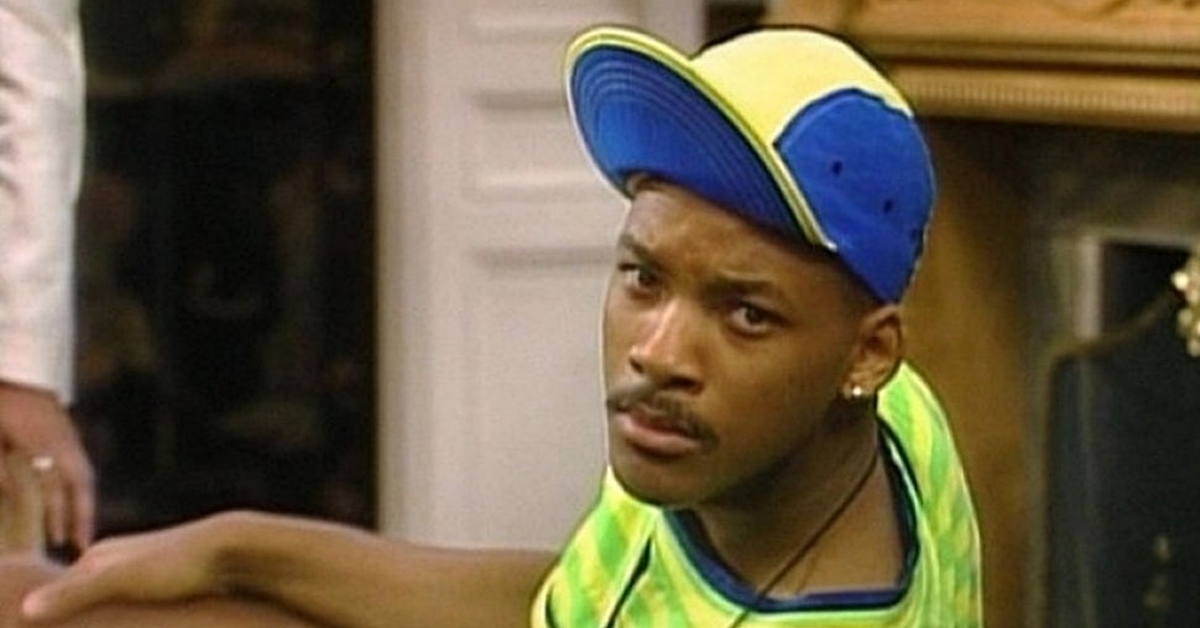 20. He Was Almost Sacked

During the first few series of the show Smith was ridiculed for his perceived lack of acting skills.

Because of this some executives wanted to fire him, but the show’s creators convinced them to give him a chance. 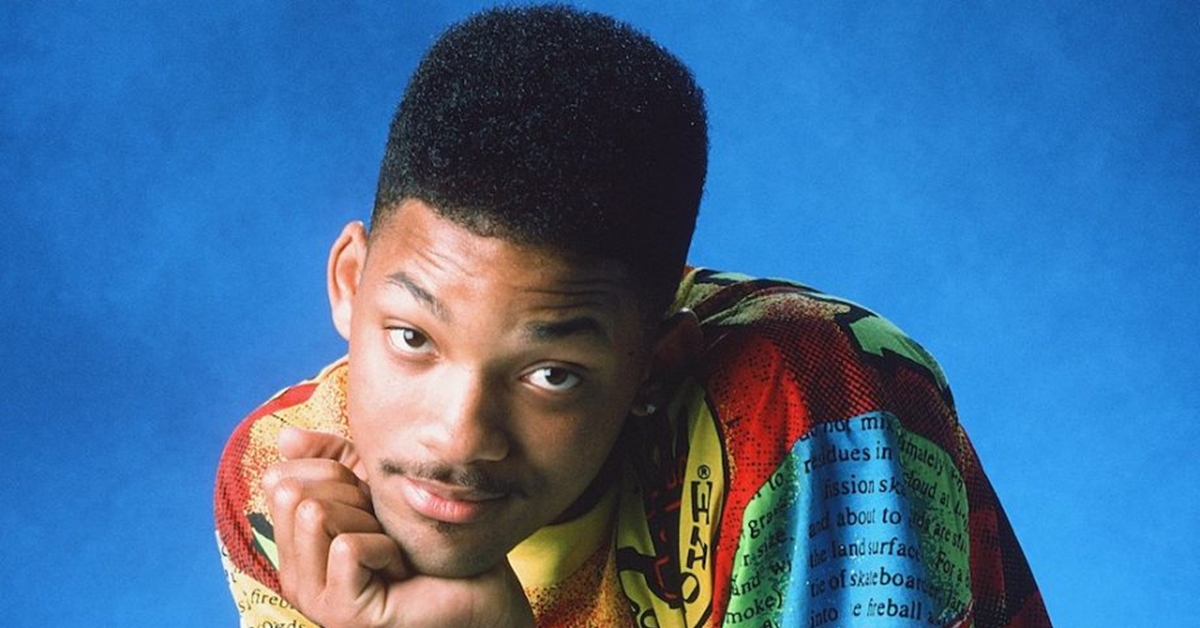 If you have enjoyed reading this post, please do spread some lovely, nostalgic TV memories to your fellow 80s kids by sharing it with them!