Mask is a very moving film, based on a true story about a boy born with a serious condition which caused facial disfigurement, and how it affected his life and the support he had from his friends and family around him.

Eric Stoltz and Cher were perfectly cast in the two leading roles in the film and are a big part of why it remains so powerful, if controversial. Let’s take a look back at this classic drama with some facts about Mask you may not have known.

20. The film was shot in the neighbourhood that the real Rocky was from 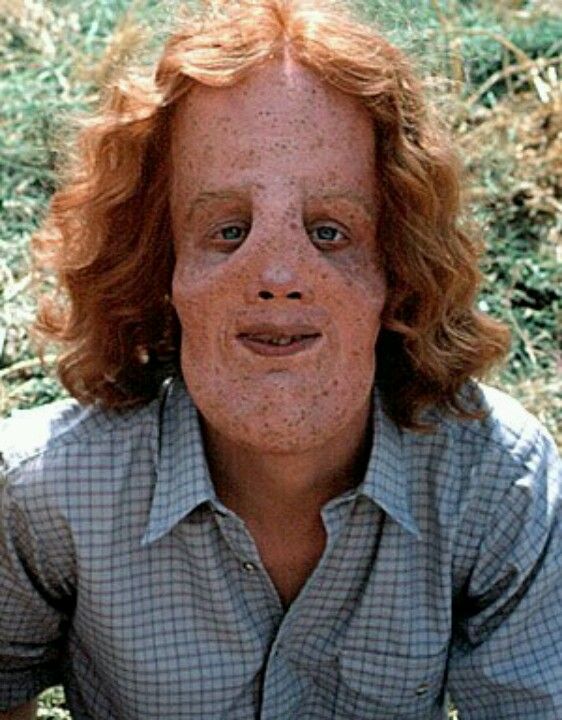 Mask was shot in the actual neighbourhood in which Rocky and Rusty used to live. This made the film even more authentic and close to the original people it was based on. Rocky was a big part of the community, and was a familiar face on his street.

His facial disfigurement meant that he was memorable and stood out in a crowd. This led to many residents remembering him long after he had passed away. Unfortunately, that led to some unfortunate encounters with Stoltz and the film crew.

19. One of Rocky’s old neighbours thought Stoltz really was Rocky 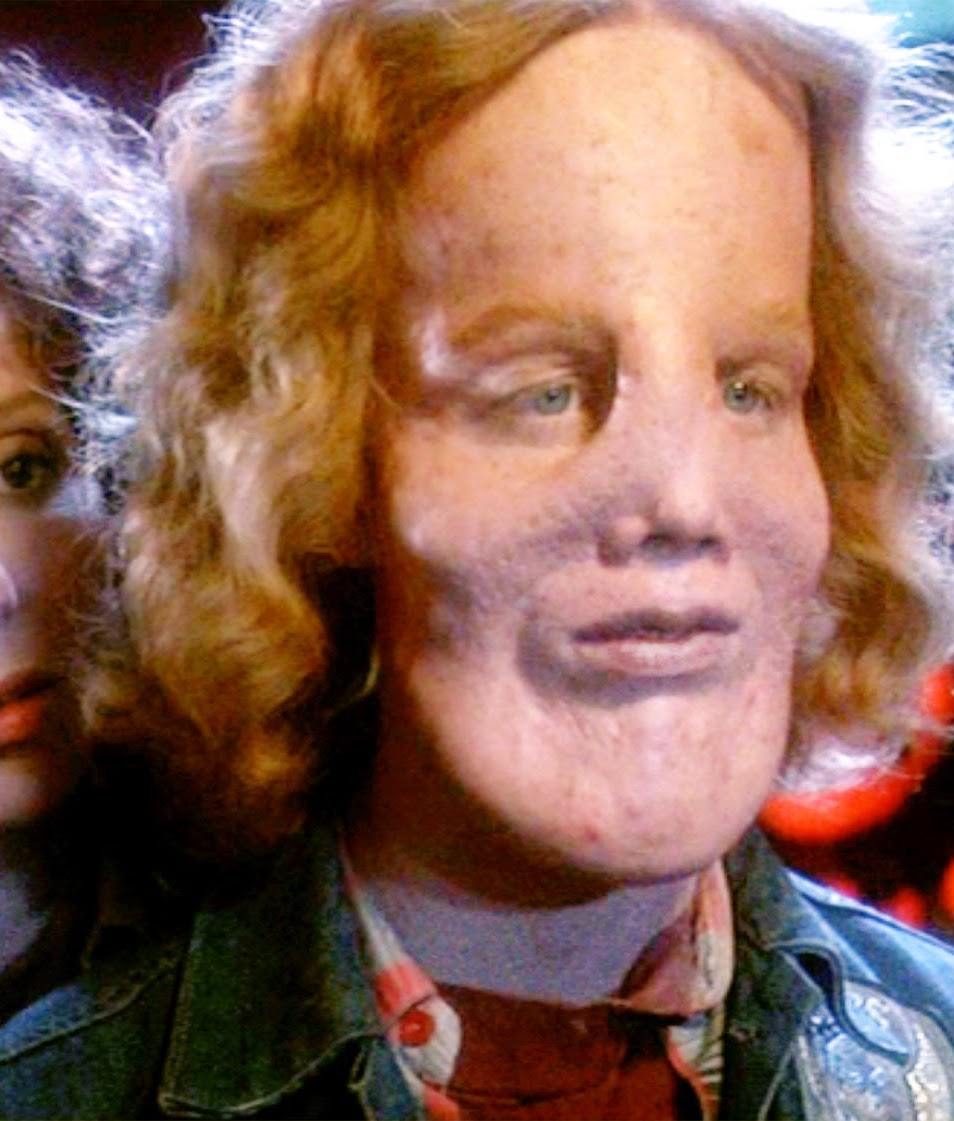 When filming in the neighbourhood in which Rocky and Rusty lived, one of their old neighbours saw Stoltz in make-up. He came over saying how pleased he was to see Rocky as he had heard he’d died.

Cher and Stolz went along with it, despite the fact that the real Rocky had in fact died over seven years ago. As Rocky had captured the hearts of his friends and neighbours, the actors didn’t have the heart to tell the neighbour the truth.

18. Cher tried (unsuccessfully) to get then-boyfriend Val Kilmer cast in the film 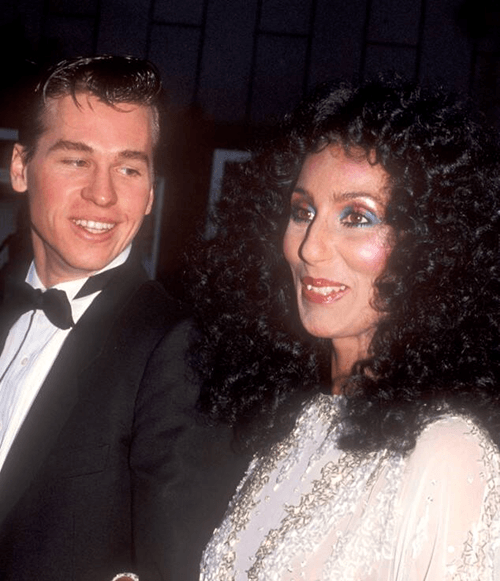 At the time of filming Mask, Cher was dating Val Kilmer and tried to push for him to be cast in the film as Gar. However, Kilmer was deemed too young for the role and did not get the part. Cher ranked Kilmer in her list of the best lovers, saying ‘when we kissed, I thought my head would shoot right off my body’.

Kilmer was 13 years Cher’s junior, and she is no stranger to dating younger men. The If I Could Turn Back Time singer even had a brief romance with Tom Cruise back in the 80s.

17. Cher and the director fought constantly 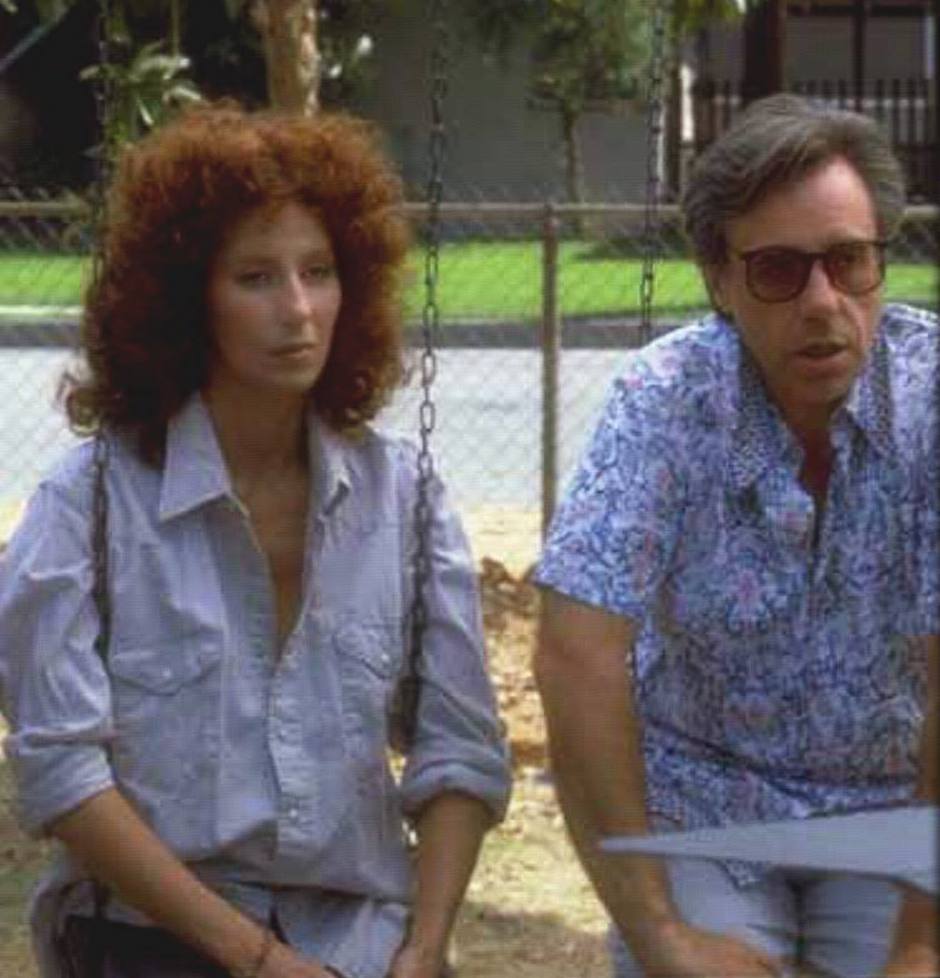 Cher and director Peter Bogdanovich fought on set repeatedly as Bogdanovich was used to filming deep focus, long-take shots. However, Cher struggled to complete long scenes without breaking character. The director ultimately decided to compromise to avoid any further altercations.

Bogdanovich later stated that he found Cher too young and inexperienced to direct. This meant that he struggled to communicate and work collaboratively with the star.

16. This completely changed the look of the film 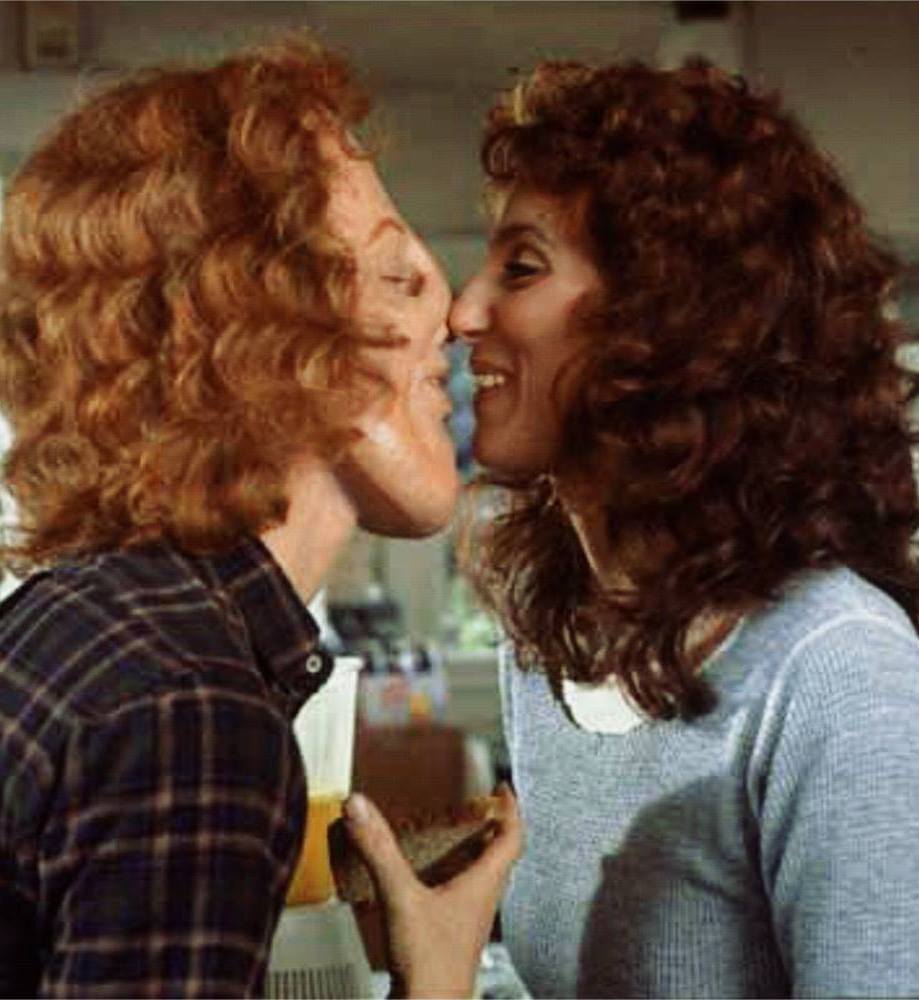 Mask was one of Cher’s earliest films, and she received appraisal for her role. She was known for her emotional portrayals of her characters, as well as her gritty realism. Of course, Cher also enjoyed as successful music career, proving she is no one trick pony.

15. The film is not a completely ‘true’ story

Not only are the dates on Rocky’s headstone incorrect in the film, but he was not actually buried. Instead, his body was donated to science at the UCLA Medical Centre.

Rocky was actually born on 4th December 1961 and passed away on 4th October 1978. There are fewer than 20 cases of people with Rocky’s condition and research into it was vital. Rocky’s body was later cremated.

14. At the film’s wrap party, some people had no idea who Eric Stoltz was without makeup 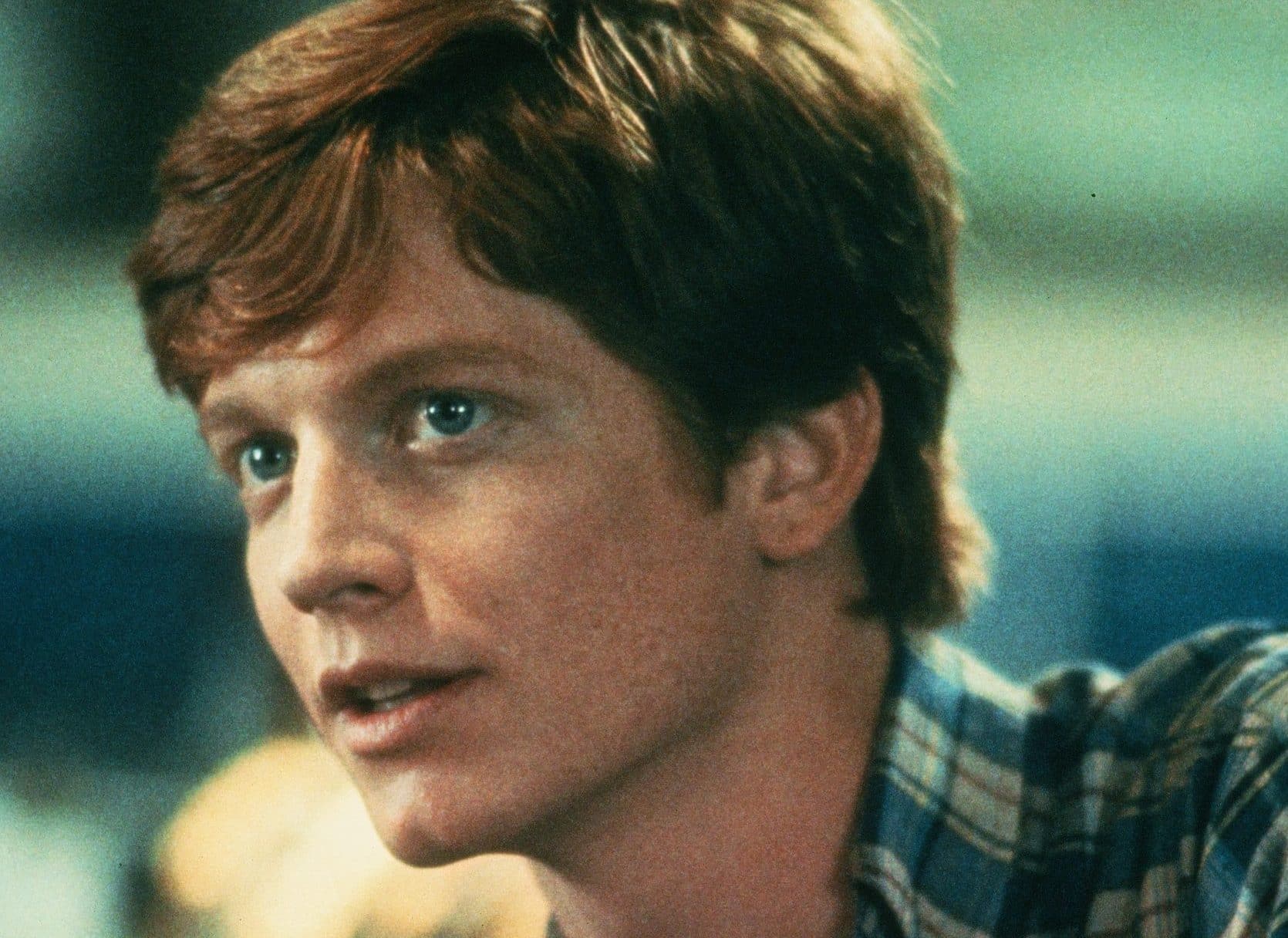 When he arrived for a post-production party, Stoltz had to bring ID to prove who he was. This was because he was not recognised by the security at the event. Even some of the other cast and crew had to be re-introduced to him without his make-up. 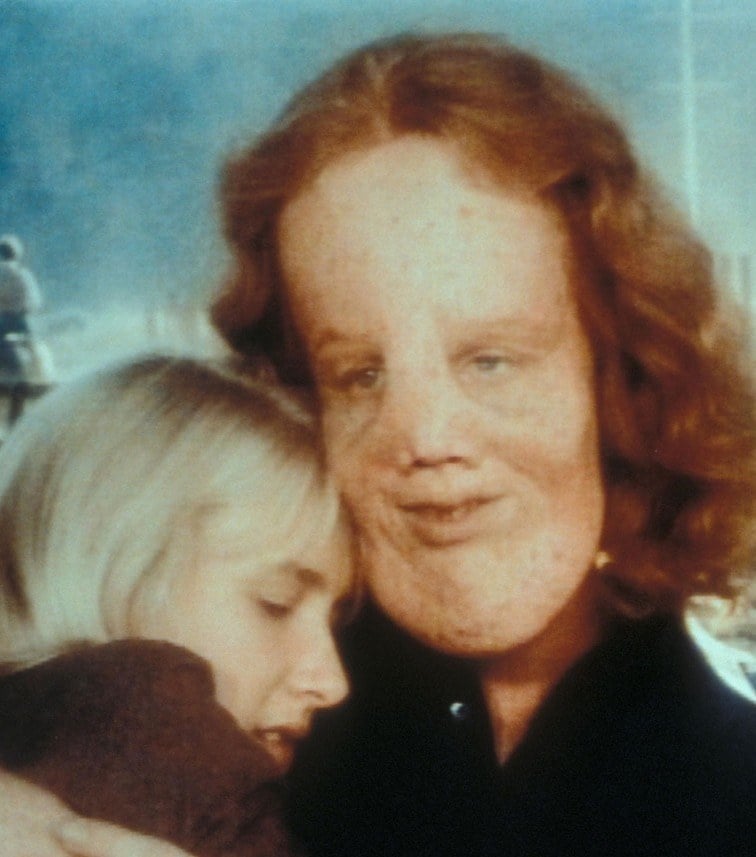 As well as losing Rocky, Rusty had another son Joshua Mason, who was Rocky’s half brother. Sadly, Mason contracted A.I.D.S from a blood transfusion and died due to complications from this. He was just 32 at the time.

He was not mentioned in the film, although he and Rusty were close. His premature death meant that Rusty had to endure the deaths of both of her children.

12. The real Rusty died in an accident 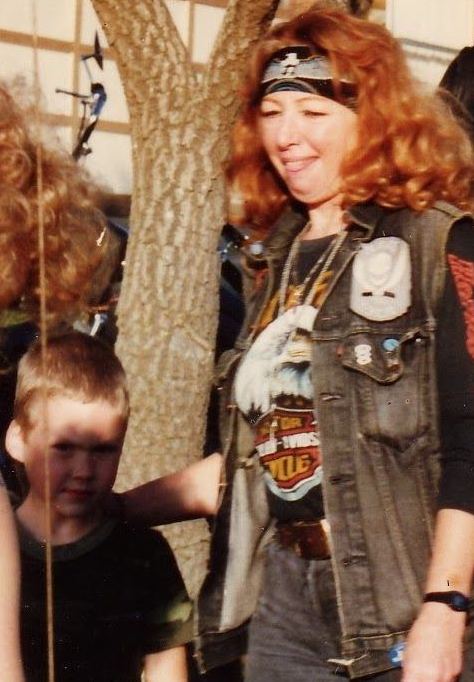 Rusty herself passed away at the age of 70 in 2006. This was the result of an infection contracted after being involved in a bike accident. Rusty had been a driving force in her son’s life, refusing to acknowledge the limitations his conditions might cause him.

After his death she moved to San Fransisco and took up the practice of Buddhism. She seemed to come to peace with the death of her sons, saying ‘my kids lived every day of their lives. Every moment’.

11. Artistic licence was used when it came to Laura Dern’s character 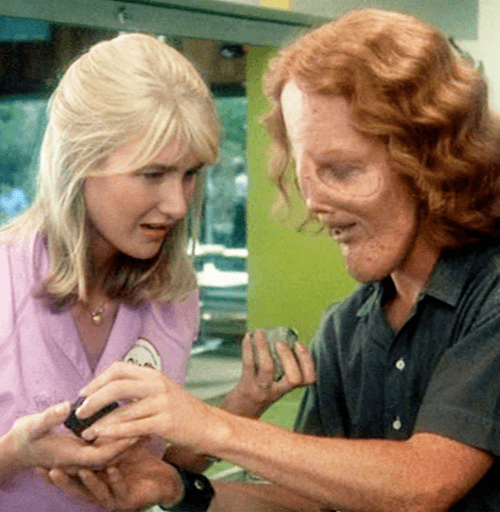 In the film, Rocky helps a blind girl and befriends her in some of the most touching scenes. However, in reality Rocky’s condition actually left him legally blind himself, meaning he could no more assist a blind person than they could assist him.

Rocky’s disorder meant that calcium would build up in his skull, distorting his face. The intense pressure would eventually lead to blindness. Rocky’s hearing would also suffer as a result of his condition.

10. Dern did such a good job that Hollywood casting agents thought she was really blind 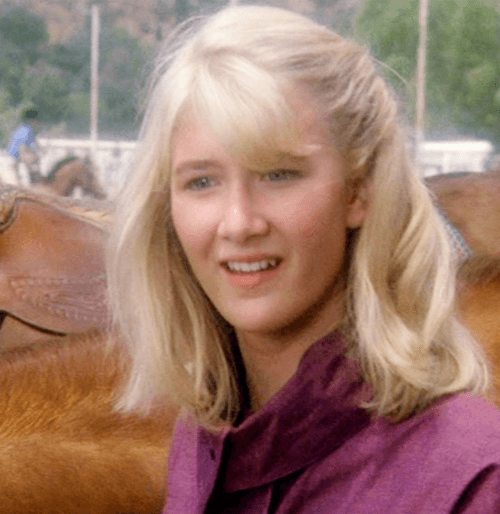 The part of Diana was played perfectly by Laura Dern. In fact, she almost wasn’t considered in certain future roles as people thought that she genuinely was a blind actress. Diana is befriended by Rocky, and the pair develop a close relationship.

Unfortunately, after introducing Rocky to her parents, they make it clear they are not supportive of their friendship. Dern received critical acclaim for her role in Mask.

9. A Bruce Springsteen soundtrack was cut out of the film

However, the owners of his catalogue could not agree on a royalty rate with the studio. After Springsteen advocated for its inclusion, the music was reinstated for the director’s cut.

8. Cher became the national spokesperson for the Children’s Cardiofacial Association after the film 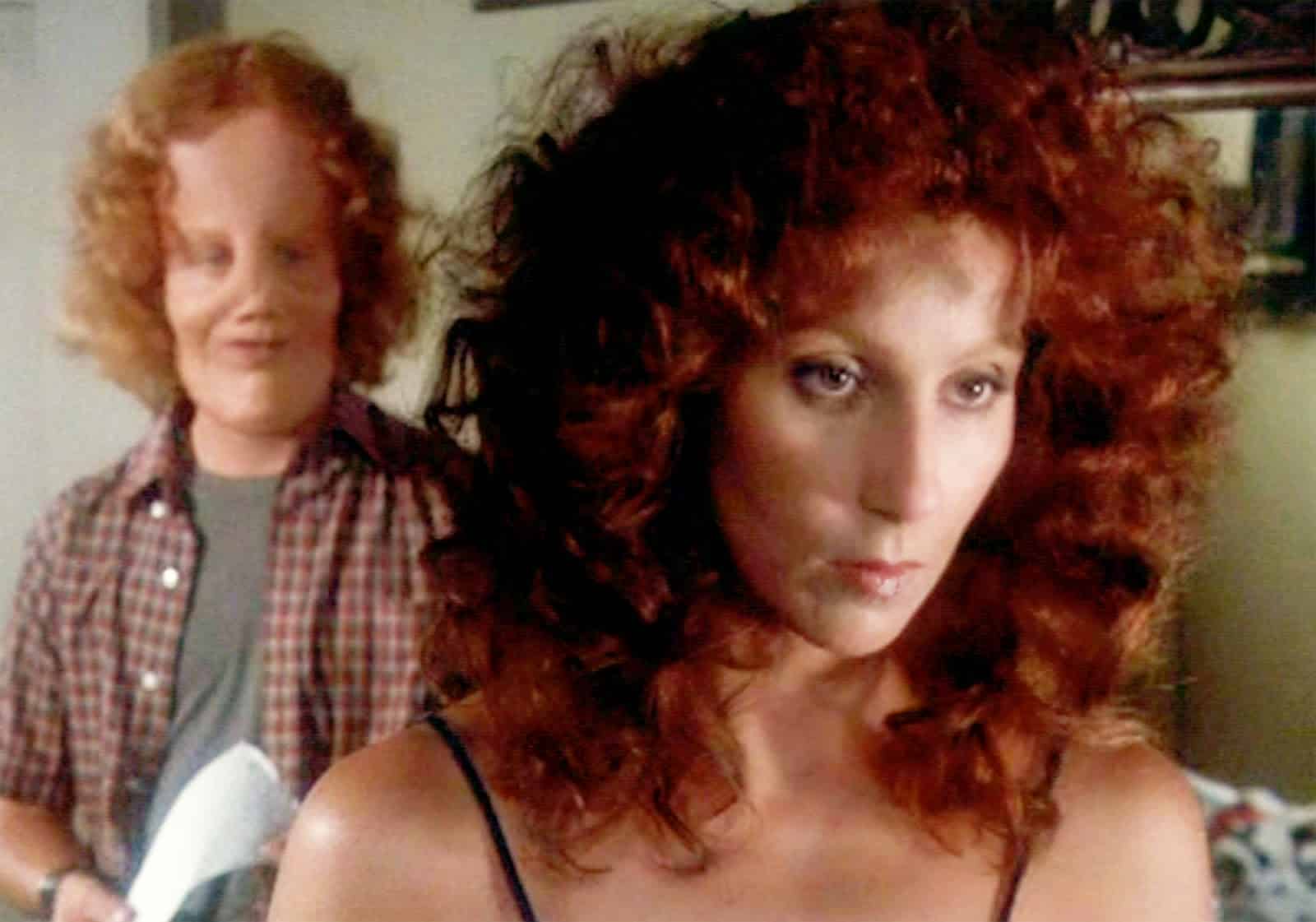 Rocky Dennis had a rare condition known as Craniodiaphyseal Dysplasia. In September 1990, Cher attended an event where she met ten families affected by craniofacial conditions. During several tours, Cher invited children with the condition to visit, which eventually led to the pop star being made a national spokesperson for the Children’s Cardiofacial Association.

Cher later suggested holding an annual meeting where the families could come together and build a support network. In 1991, the association held its first annual Cher’s Family Retreat at Disney world in Florida. Since then, subsequent retreats have been held each year at various locations throughout the US.

7. The film was made in tribute to the director’s girlfriend after she was killed by an ex 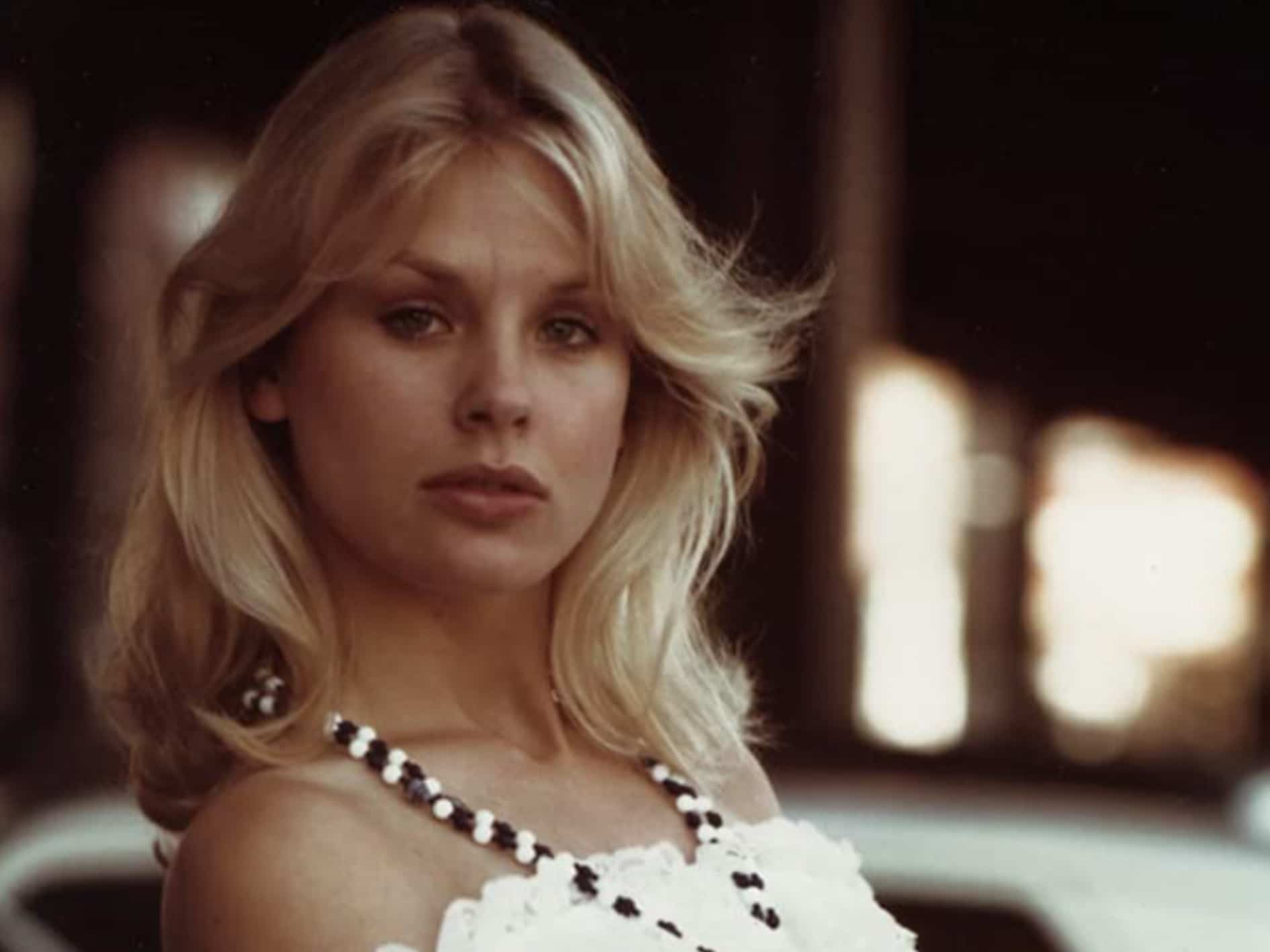 Bogdanovich’s former partner was the late model and actress Dorothy Stratten (who had starred in his earlier film, They All Laughed). The actress was sadly killed in 1980, in a brutal attack perpetrated by her husband. Throughout her life, Stratten felt a strong sense of displacement.

She resonated with other ‘outcasts’ such as Joseph Merrick, otherwise known as The Elephant Man. Bogdanovich felt that Stratten would have recognised Dennis as a kindred spirit, as she often felt like an outsider. Stratten would become greatly distressed when people would stare at her on the streets as though she ‘got ice cream on her dress’.

6. The film inspired an episode of The X-Files 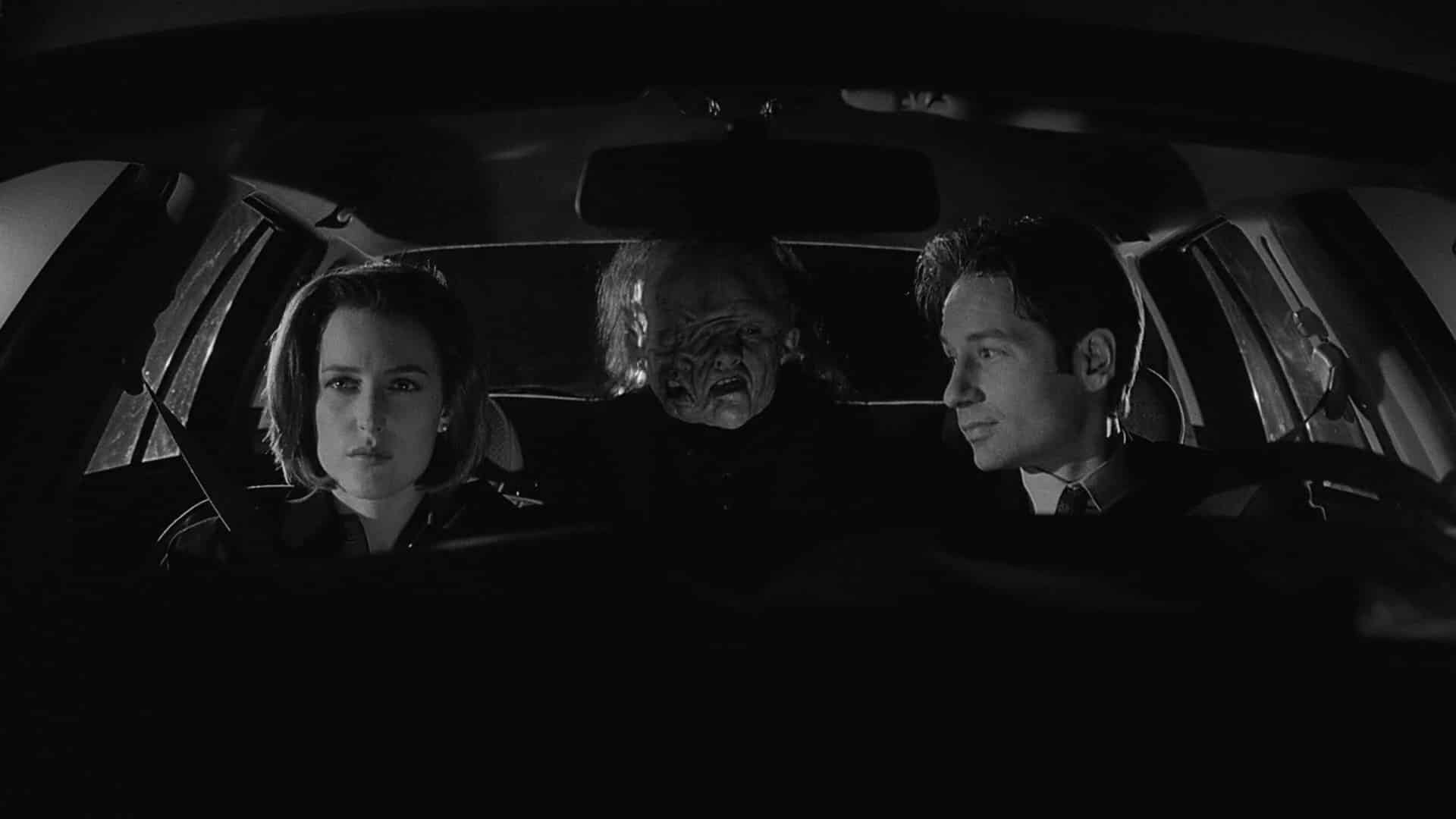 The episode was called The Post Modern Prometheus and was partly inspired by the film. It tells the story of a mother who is repeatedly impregnated by an unknown creature, resulting in the birth of her son, Izzy.

In the episode, the severely deformed man is seen watching his favourite film, Mask. Cher was asked to make a cameo appearance but refused, although she later expressed regret over her decision. She did however allow her music to be featured on the show’s soundtrack.

5. Kevin Costner and Rob Lowe were considered for the role of Rocky Dennis 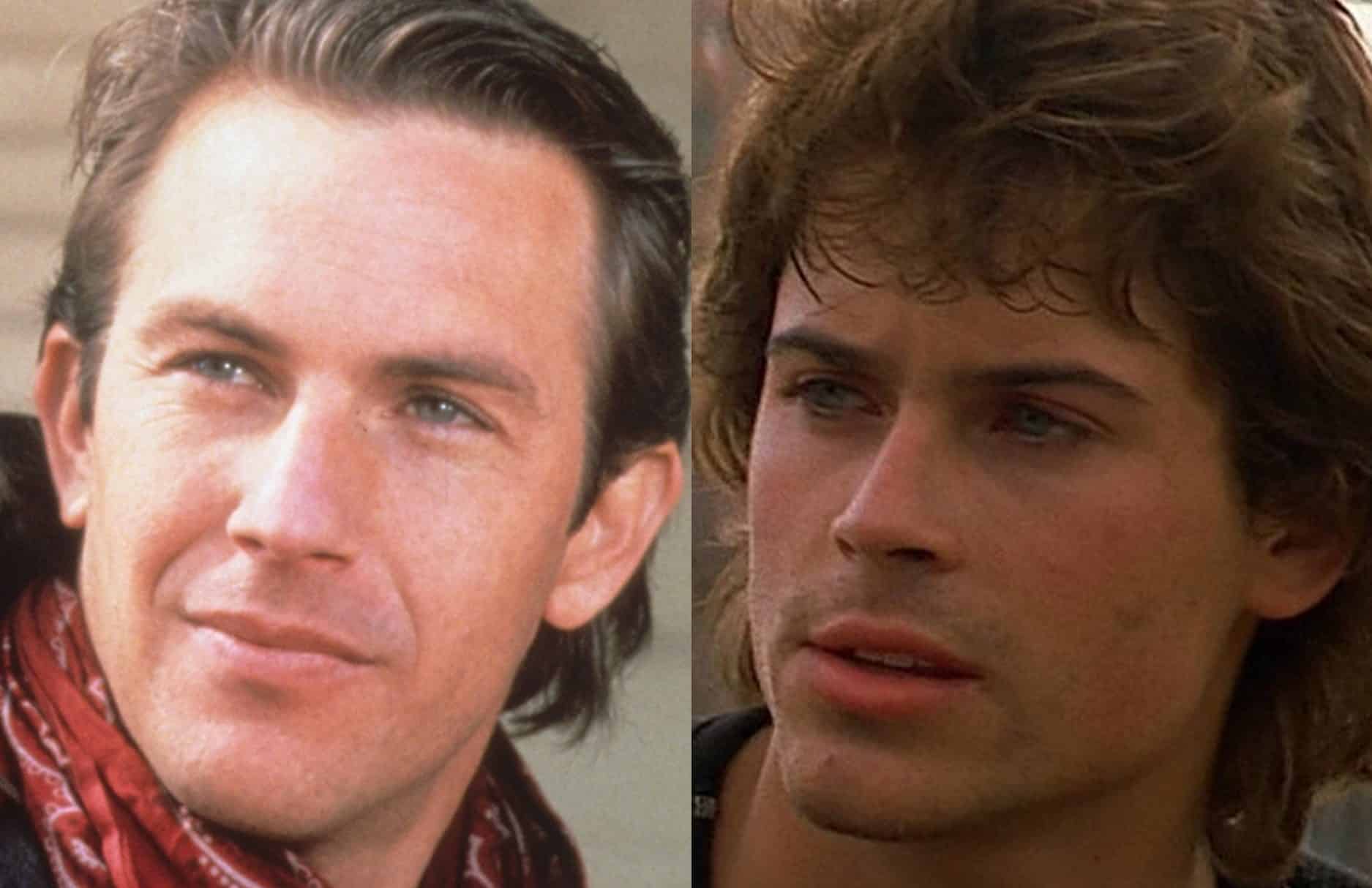 In the casting process, producers considered the then-young Kevin Costner for the role. However, they then changed their minds and decided to explore other avenues. Rob Lowe was also considered for the part and was actually nearly cast.

Lowe, however, later declined due to scheduling conflicts. Lowe made the cancellation for an unannounced film that was cancelled and never actually filmed. 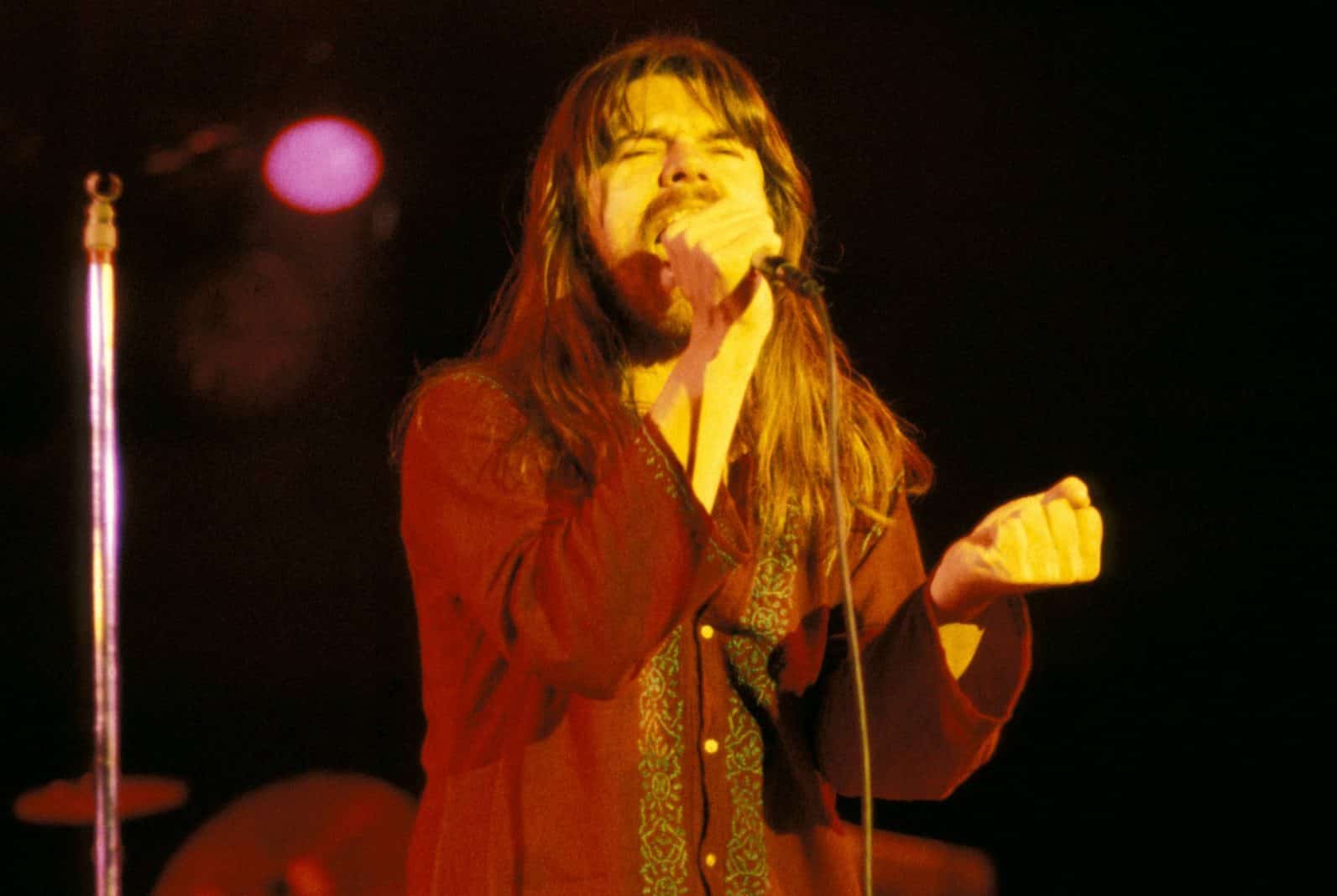 As aforementioned, Bruce Springsteen was originally set to provide the score for the film. However, due to a dispute, the songs were pulled from the movie. They were replaced with songs by Bob Seger for the original theatrical release, against the director’s wishes.

This prompted a $19 million lawsuit against the studio by Bogdanovich. These days, you have a choice over whether to watch the Seger or Springsteen version, after the rights to the original Springsteen soundtrack were won in 2004. 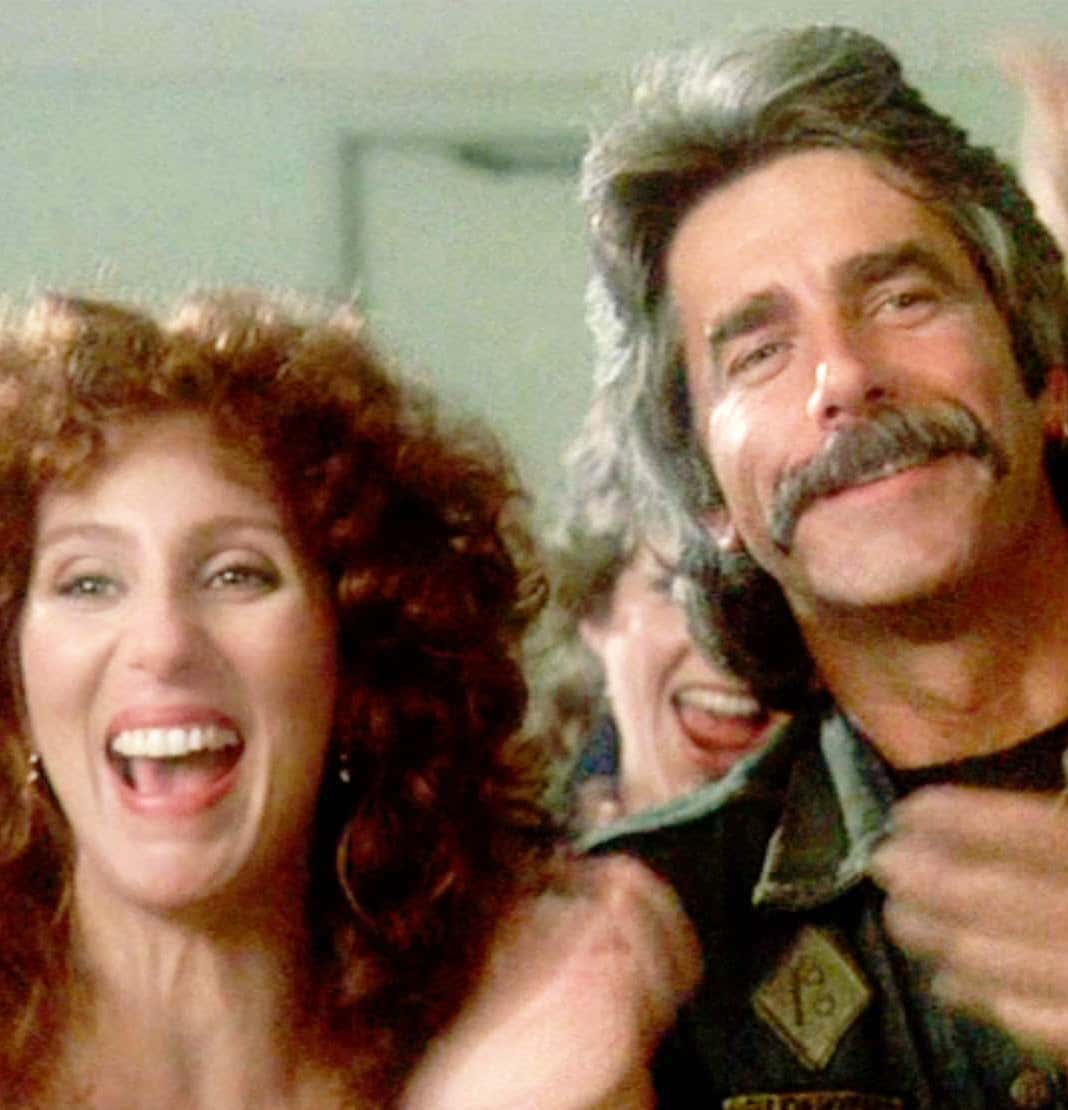 Reviews for the film were largely positive, and the plot evoked an emotional response from listeners. Robert Ebert was enthused in his review, calling it ‘a wonderful movie, a story of high spirits and hope and courage.’ Michael Westmore and Zottan Elek won the Academy Award for Best Hair and Makeup.

2. The real Rocky didn’t let his condition hold him back 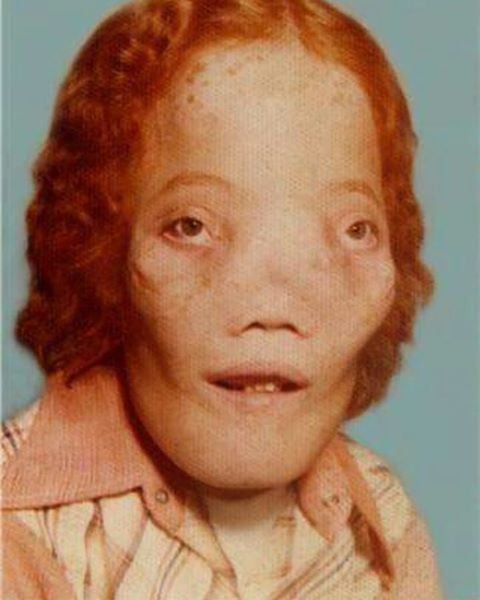 Despite crippling headaches and a multitude of illnesses, Rocky overcame his struggles. In fact, he was seemingly unaware of the impact of his facial disfigurement as a young child. Apparently, when he was seven years old, he was taken to a hotel by his mother.

In the foyer, he spotted a woman with dwarfism and started to giggle. ‘Now do you understand?’, his mother asked him. ‘Do you understand why people sometimes treat you the way you do?’.

1. The real Rusty loved the film 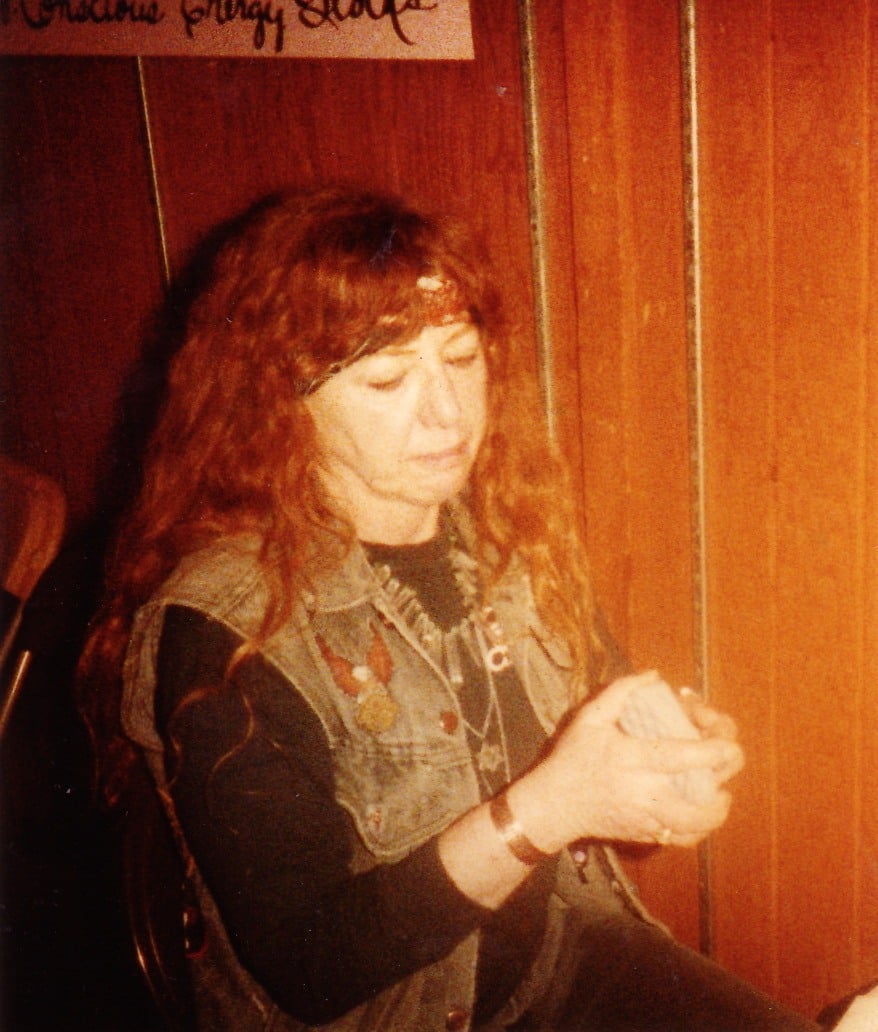 Tullis, otherwise known as Rusty, was paid $15,000 for the film rights to her story. She described the movie as ‘a fairytale’. According to an interview, she originally thought the film would be focused on Rocky, and that it would help give courage to other kids with disabilities.

She was flattered by Cher’s portrayal of her, saying ‘thanks to Cher’s brilliance I came off like a heroine’. She felt that Cher had depicted her accurately, capturing the essence of her character.