The Untold History Of David Schwimmer

We know and love him as Dr. Ross Geller in Friends, David Schwimmer played one of the most popular characters in the show and has gone on to continue having a very successful career in productions on stage and screen, including Will & Grace and the Madagascar series of films.

Friends seems to be going through something of a renaissance at the moment, so what better time to look at some facts about David Schwimmer that you may not have known. 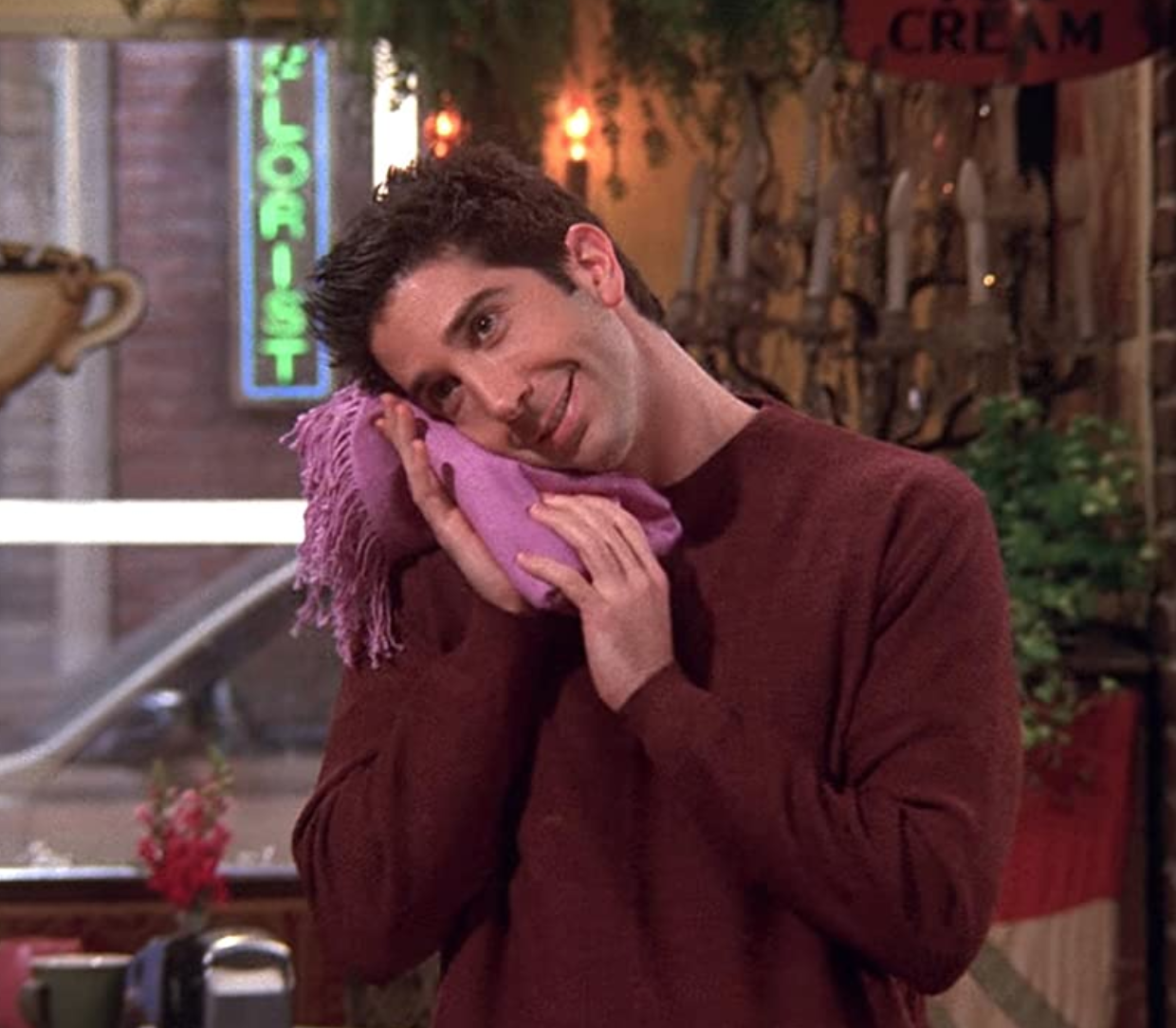 Schwimmer is a genuine New Yorker, as he was born in the Big Apple on 2nd November 1966.

He was actually born on the same date as his mother, Arlene Coleman-Schwimmer, and so the pair share the same birthday.

When he was ten, the family decided to move to LA, which soon became home to them.

It was here he made his first foray in to the world of acting when he was cast in a Jewish version of Cinderella.

His mother soon made a name for herself as a successful divorce attorney, prompting the family to later move to Beverly Hills.

David Schwimmer appeared in a hit 80s show before Friends 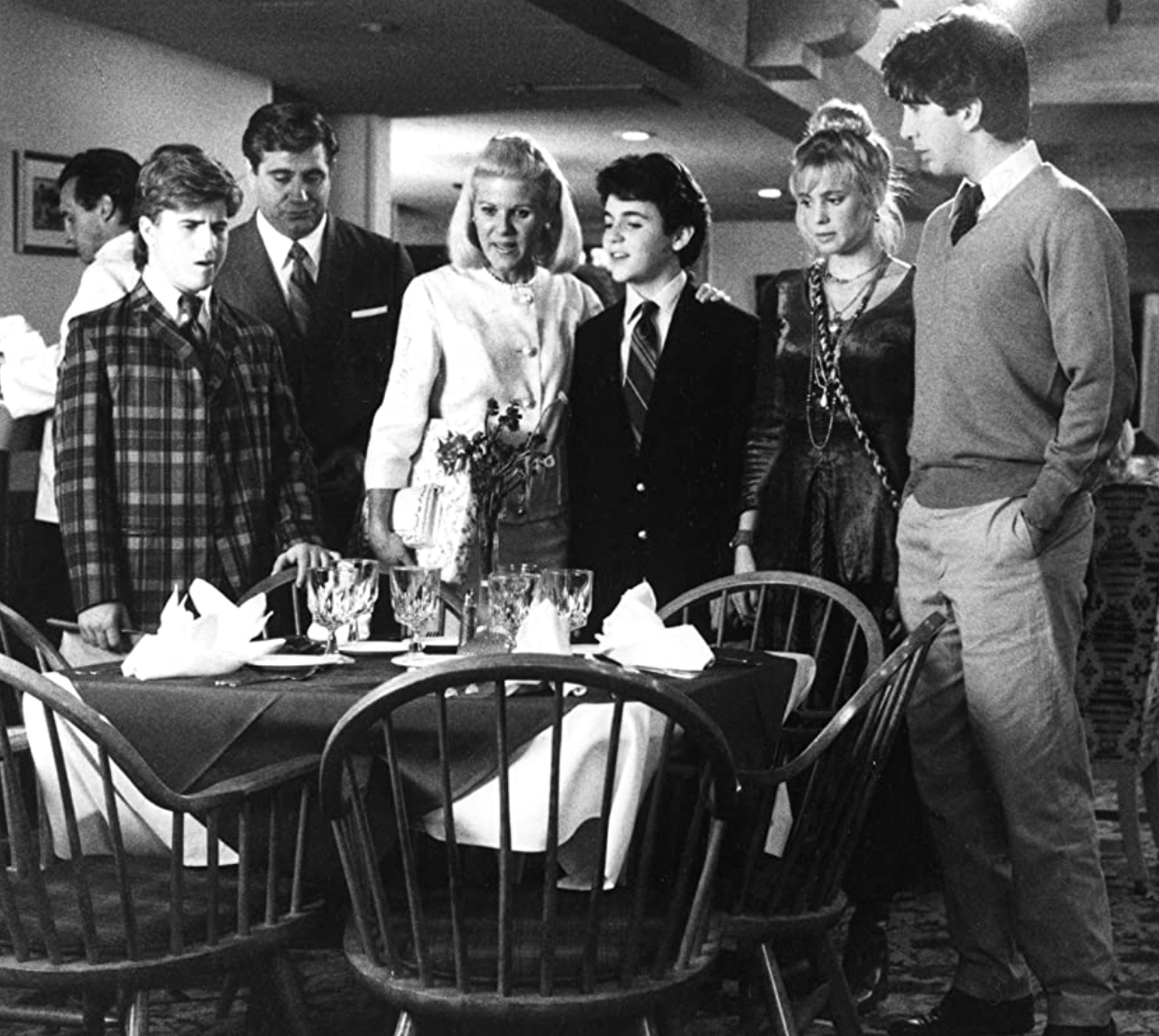 Schwimmer started to act in the 1980s and made his debut supporting performance in the ABC television movie, A Deadly Silence.

He went on to make appearances in the legal drama L.A Law in 1992 and later in several episodes of the hit Fred Savage show, The Wonder Years.

He played the role of Michael, who was often seen sitting astride his rather impressive motorcycle.

Schwimmer’s first film appearance was in Flight of the Intruder, although this was only a minor role.

He also played a lawyer-turned-vigilante in the crime drama series NYPD Blue, set in his home town of NYC.

David Schwimmer was in a college improv group with Stephen Colbert 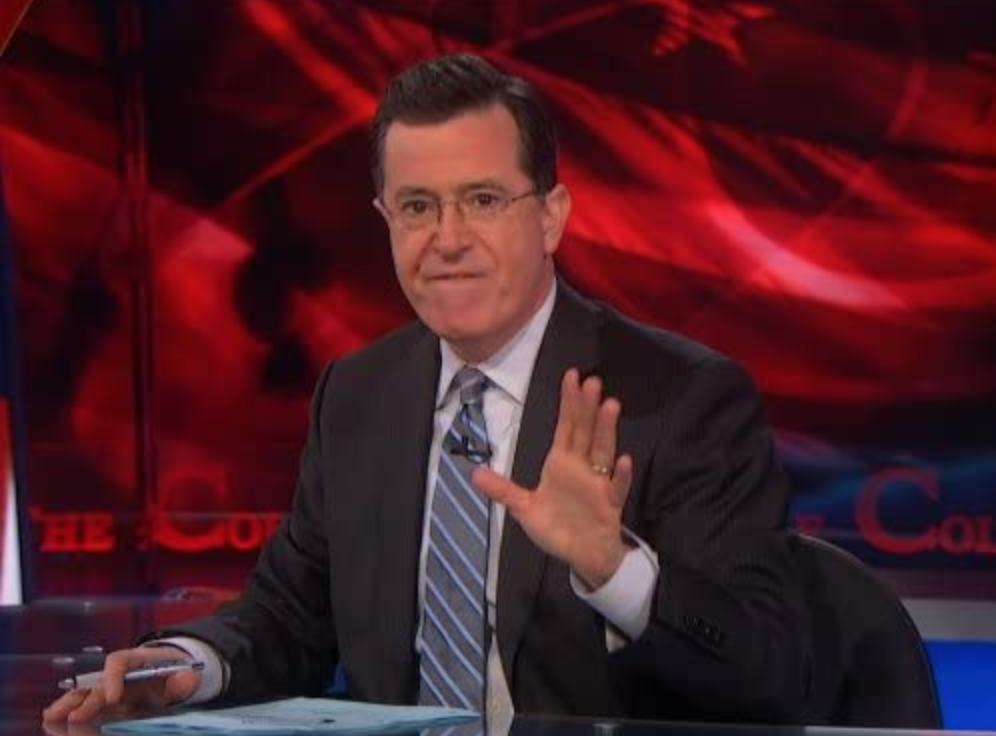 Schwimmer graduated from Northwestern University in 1998 with a degree in Theatre and Speech.

During his time at college, he was part of an improv group, the No-Fun Mud Piranhas, where he worked with Stephen Colbert.

He went on to found the Looking Glass Theatre Company alongside friends that he graduated with.

The group premiered their first performance, Through the Lookingglass, at the Great Room on the university’s campus.

It was directed by David Kersnar, and the company went on to produce over 60 world-premiere films. 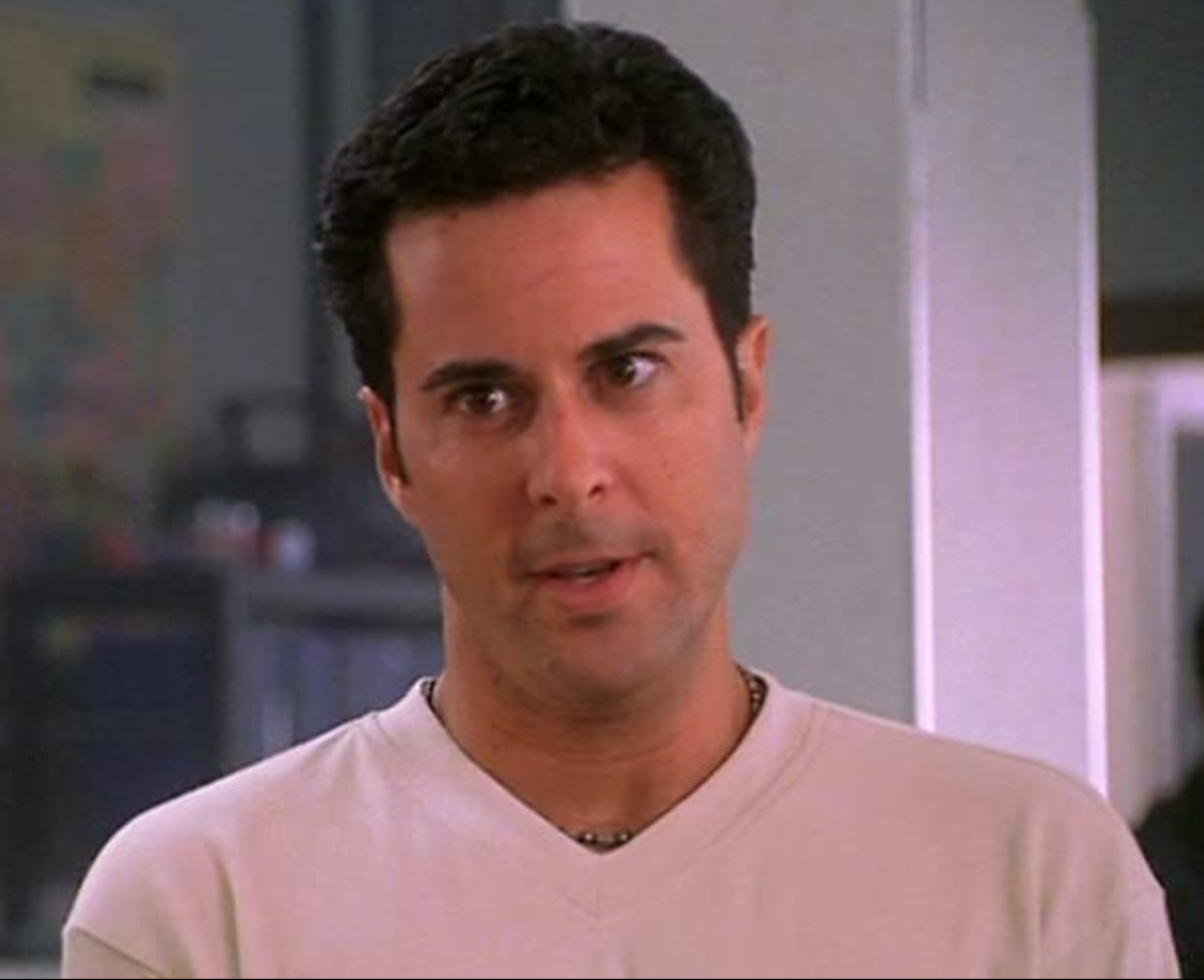 Schwimmer competed against one of his high school friends, Jonathan Silverman, for a role in a new show called Couples.

However, he lost out to his friend who won the part, starring alongside Helen Slater.

It turned out that ABC later decided not to commission the show, although there was no explanation given for this decision.

The producers then reconceived the show, making it about singles rather than couples.

They then sold the rights to NBC, retitling the show as the name we’ve all come to know and love, Friends. 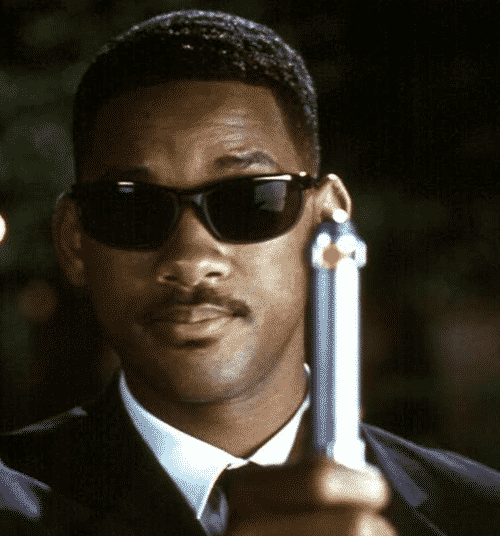 When you think of Men in Black, you probably couldn’t imagine anyone else in the iconic role of Jay.

Will Smith was perfect for the role, and brought elements of cool and hilarious you just couldn’t find in other actors.

However, it could have all been so different, as Schwimmer was originally offered the part.

He was not the only actor to turn down the part, and we bet they’re kicking themselves now!

Chris O’Donnell was originally set to take the role, but he found it was too similar to other characters he had previously played. 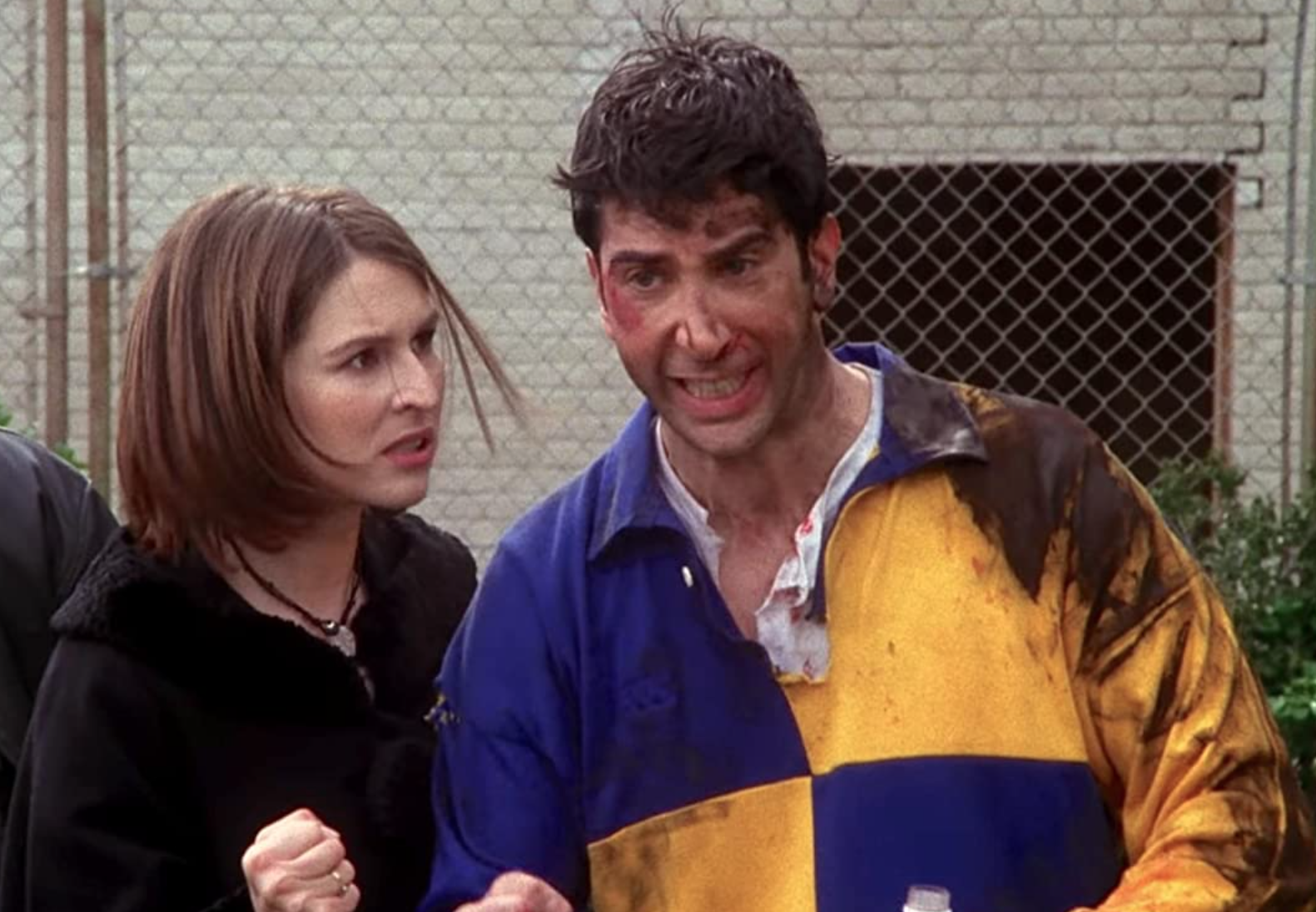 In April 2000, Schwimmer called a London radio station to deny false claims that he and his Friends co-stars were each demanding $1 million per episode that they filmed.

However, just two years later, the stars did actually demand $1 million per episode, so it seems the radio station weren’t that far off the mark.

The cast started out on just $22,000 per episode, and a few seasons later, Schwimmer and Aniston had negotiated a higher salary for themselves.

The rest of the Friends soon wanted in on the action, and demanded that they each earned $1 million per episode, which would actually result in Schwimmer and Aniston having a pay decrease.

After threats to leave, the producers agreed to this pretty hefty sum, probably largely due to the 24.7 million views the show was bringing in each week.

David Schwimmer was once mistaken for a beer thief 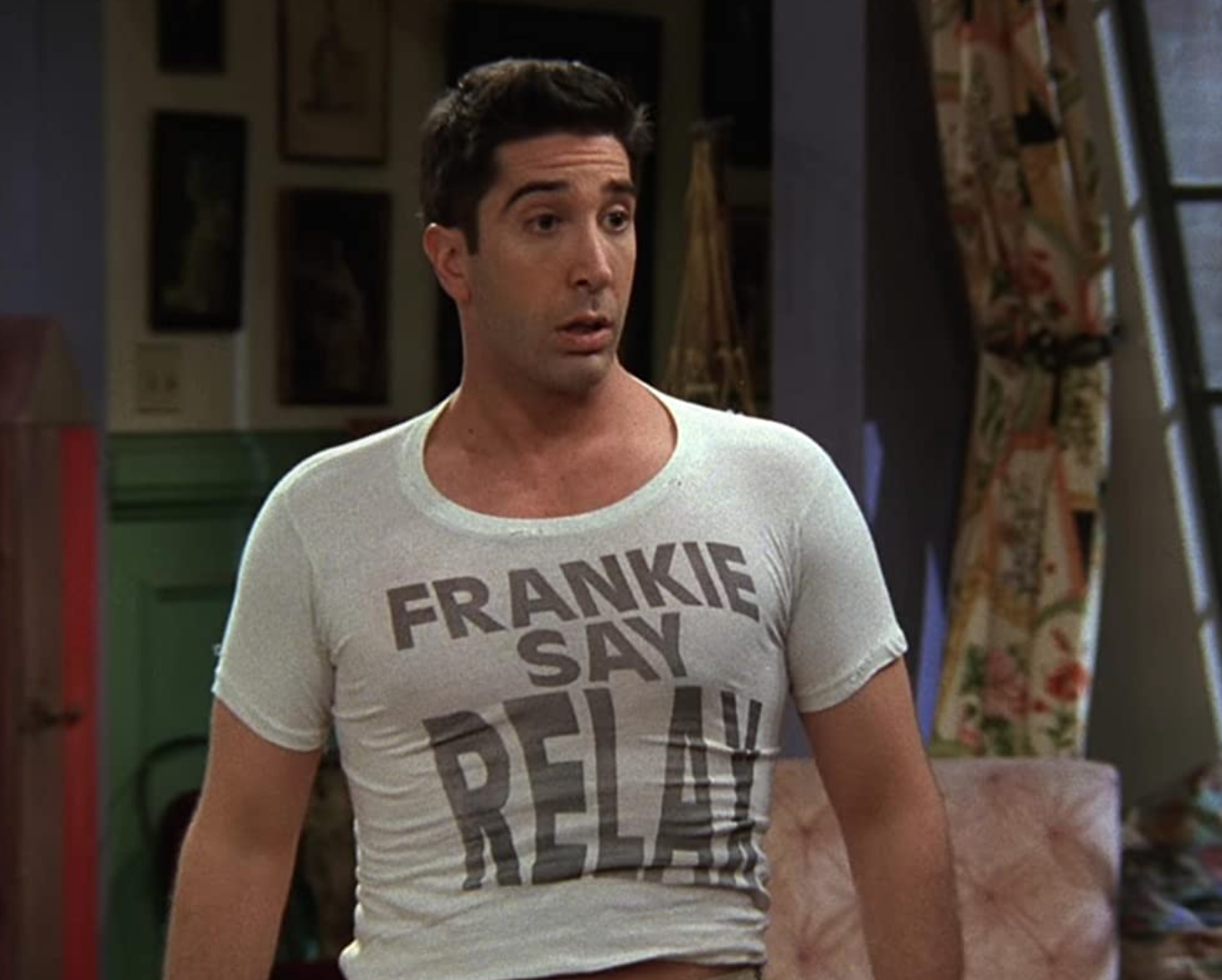 In October 2018, a man was caught on camera in Blackpool stealing beer and he bore a striking resembalance to Schwimmer.

Schwimmer took it in good spirits and even recorded a hilarious parody video of him “stealing” from another grocery store.

The clip went viral after Blackpool Police force posted the video on their Facebook page.

Officers, I swear it wasn't me.
As you can see, I was in New York.
To the hardworking Blackpool Police, good luck with the investigation.#itwasntme pic.twitter.com/EDFF9dZoYR

The post racked up a shocking 11 million shares and 30,000 comments as eagle eyed viewers made the connection.

Schwimmer took to Twitter to post his very own footage, captioned ‘Officer, I swear it wasn’t me’.

David Schwimmer became a father for the first time aged 44 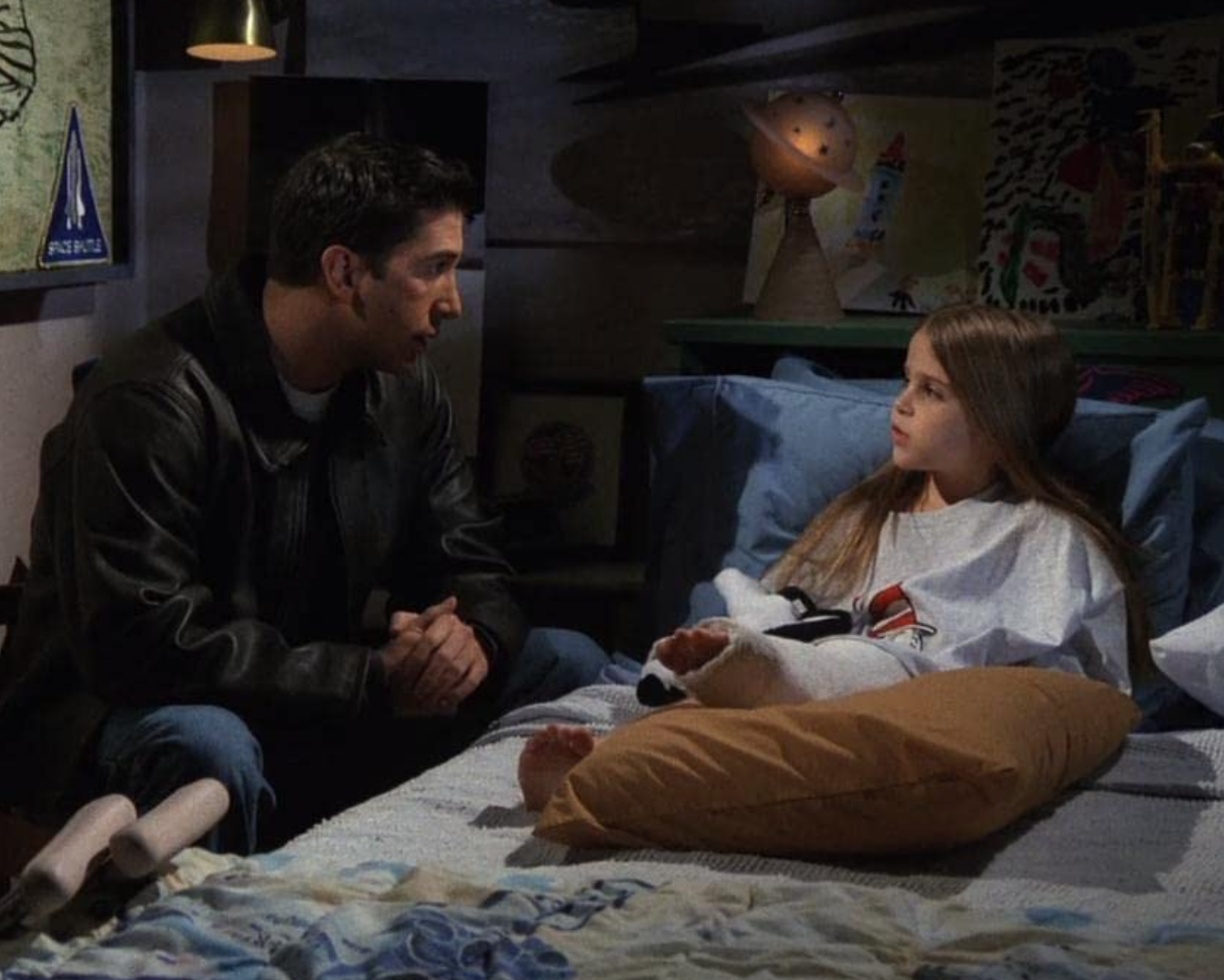 Schwimmer has been connected to various stars over the years, including Natalie Imbruglia and Israeli Mili Avital.

In 2007, the star met British photographer Zoe Buckman on the set of Run, a film Schwimmer directed himself.

After dating for three years, the pair announced their engagement in March 2010, and tied the knot in a secret ceremony just three months later.

The couple’s daughter was born in May 2011, and they soon settled in to family life.

However, this domestic bliss was not to last, and they announced their separation in 2017.

David Schwimmer is still close with his Friends co-stars 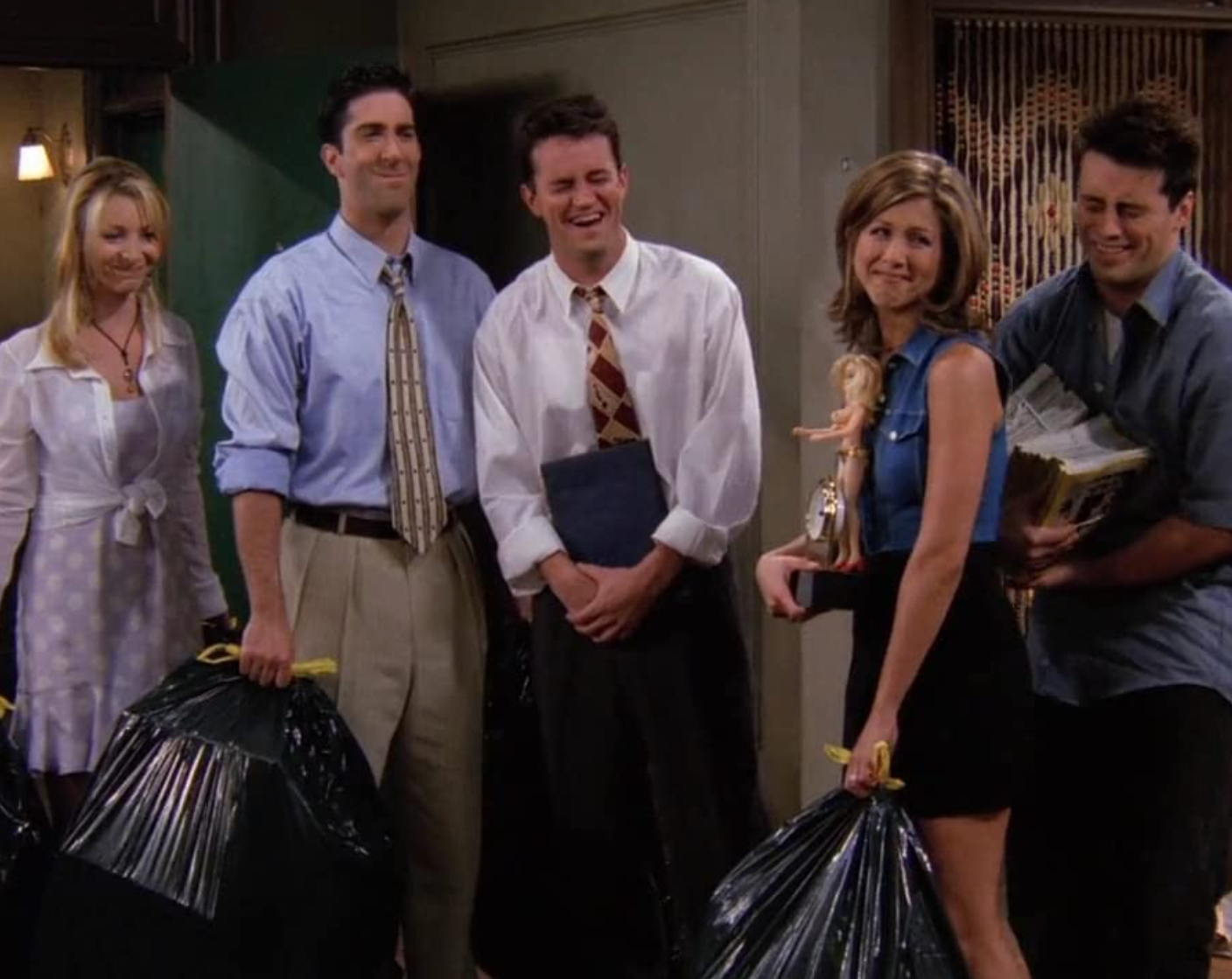 When Friends first started, the six stars were all relatively unknown, both to us and one another. They soon started spending their spare time together, going for dinner after work or simply playing foosball and relaxing.

Of course, spending so much time together and relying on one another for support led to the cast becoming incredibly close.

Although the group no longer keep in regular contact, they always pick up where they left off when they do talk.

In 2016, all of the Friends except Matthew Perry were reunited at an event to honour NBC director James Burrows.

Schwimmer even posted a #throwbackthursday snap of Ross and Joey back in the day.

David Schwimmer helped to solve a real crime in 2015 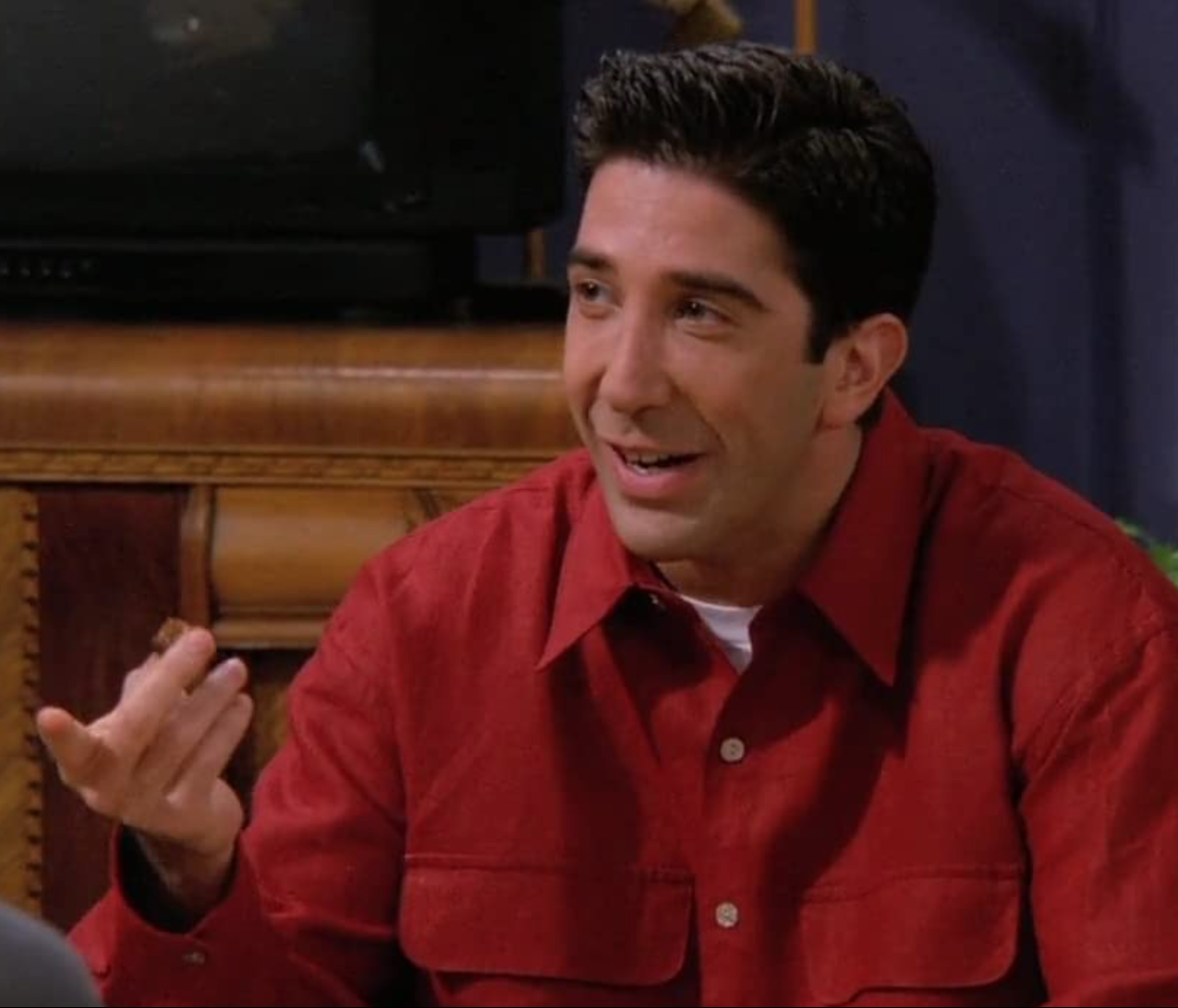 In 2015, a robbery took place in an apartment opposite Schwimmer’s home.

According to reports, the homeowner was with a female prostitute when an intruder broke into the home and stabbed the woman in the face.

Schwimmer was shocked by the news, and was keen to help investigators in any way possible.

He invited officers to his home to review the security footage captured on his CCTV system.

Police charged the suspect with robbery, criminal possession of a weapon and assault, all thanks to Schwimmer.  It’s always good to know you’ve got a Friend!

In 2010 David Schwimmer bought a landmark 19th century New York townhouse for $4.1 million – then demolished it 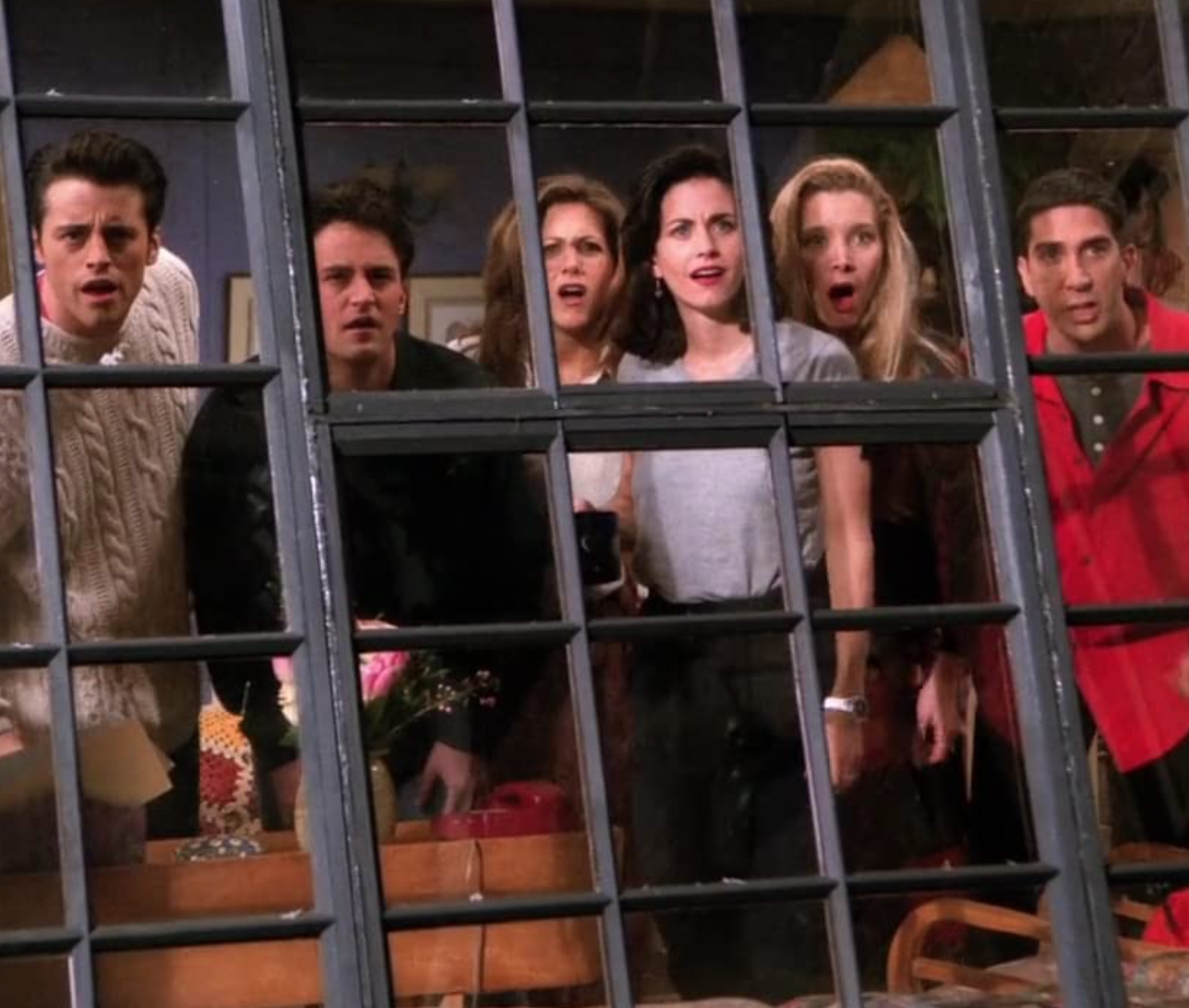 Much like Ross, it seems Schwimmer was a far cry from an ideal neighbour. In 2010, he bought a 19th century townhouse in New York for $4.1 million.

However, just a year later, he destroyed the historical building, despite being informed it was headed for landmark designation.

However, according to a local resident, he soon redeemed himself and turned out to be a ‘decent neighbour’.

After his recent split, it seems Schwimmer was on the hunt for a new bachelor pad.

The boutique condo is located in the East Village, and is valued at an eye watering $3.3 million.

Schwimmer still gets mistaken for Ross 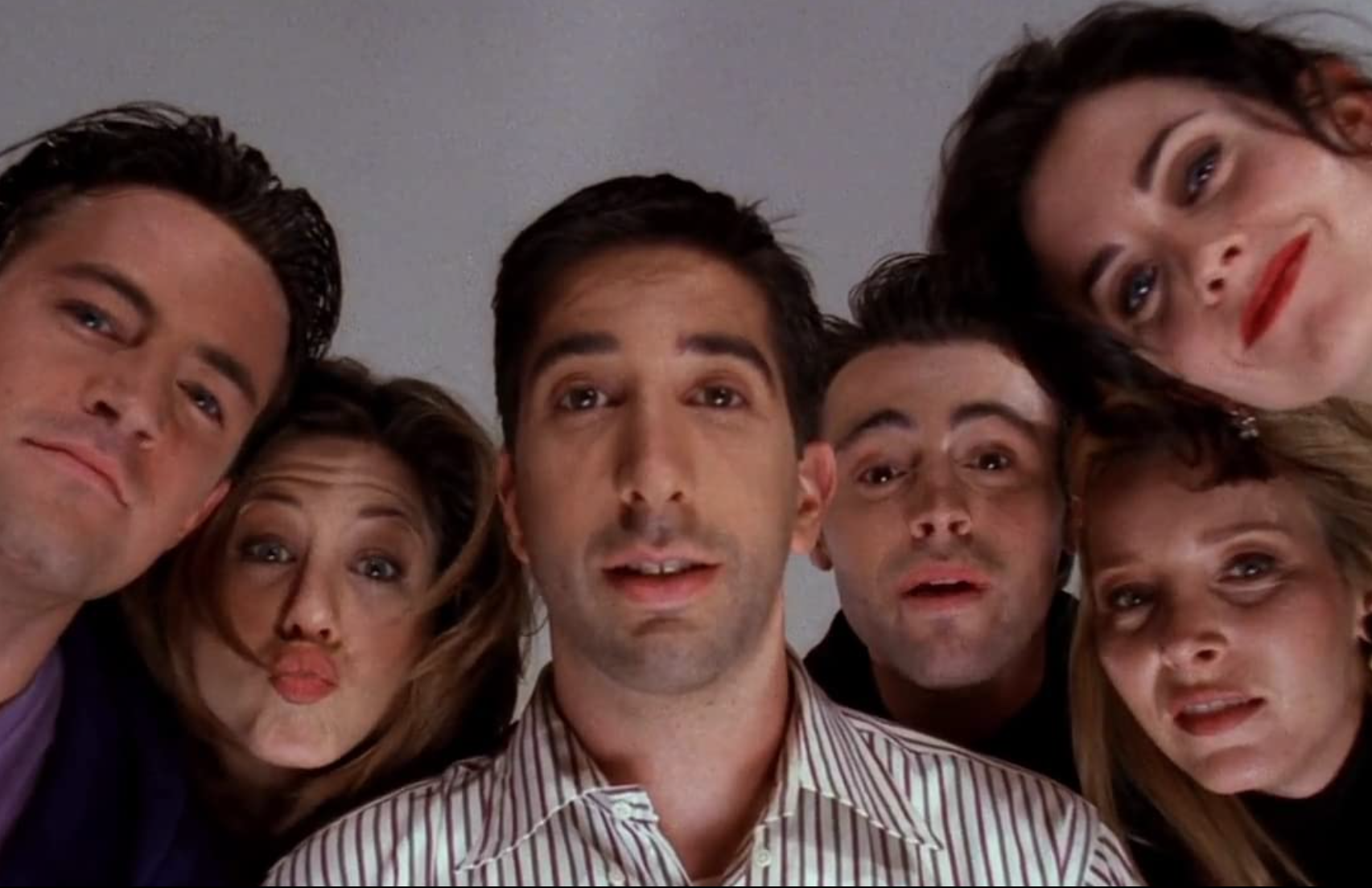 Friends had a huge cultural impact on its viewers, quickly becoming one of the most popular sitcoms of all time.

We soon became attached to all of the characters, none more so than Ross, who was both geeky and relatable in equal measures.

It can be hard to shake such a memorable role, and Schwimmer had frequently recounted how fans will still approach him and call him Ross.

For years after the show, Schwimmer had trouble being cast in serious roles, with producers unable to distinguish him from the character.

Schwimmer turned to contrasting projects, including Madagascar, in order to overcome this obstacle.