Since forming his namesake band in 1983, Jon Bon Jovi (real name Jon Francis Bongiovi Jr.) has hit the kind of legendary status that all wannabe rock stars aspire to. With over 130 million album sales under his belt – 12 with Bon Jovi and two solo records – the now 56-year-old is one of the best selling artists of all time.

As a result the music icon was inducted into the rock and roll hall of fame last month, along with long-time bandmates David Bryan (keyboard), Tico Torres (drummer), Phil X (guitar), and Hugh McDonald (bass). Ex-members Richie Gambora and Alec John Such also made an appearance at the ceremony.

Of the honour, Jon said: “I’ve been writing this speech since I first strummed the broom and sang at the top of the stairs of my childhood home,” but this isn’t the only prestigious award the musician has earned in his almost five decade career. Others include everything from one of the “100 Most Influencial People in Music” to People Magazine’s “Sexiest Rock Star” and a place in the Songwriter’s Hall of Fame.

So, in honour of their induction, here’s 19 facts you probably didn’t know about the iconic rock star. 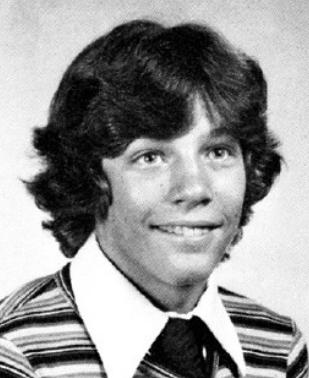 2. His father is of Sicilian descent, hence the surname 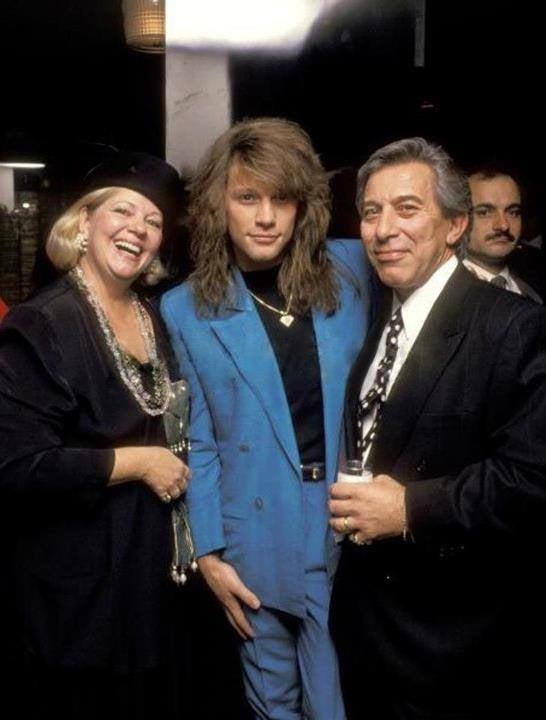 He also has Slovakian, German and Russian ancestry. 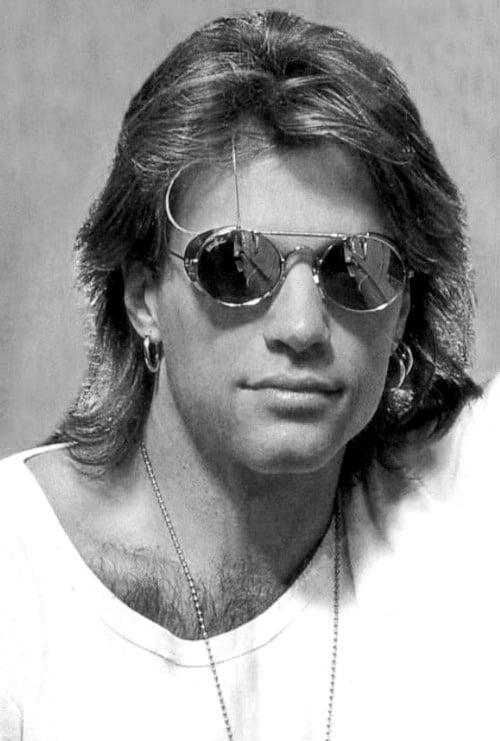 As a teen Bon Jovi skipped school to pursue music. He spent his time playing in local bands and working as a janitor at his cousin Tony Bongiovi’s recording studio in New York – the once famous Power Station.

4. He has music in his blood 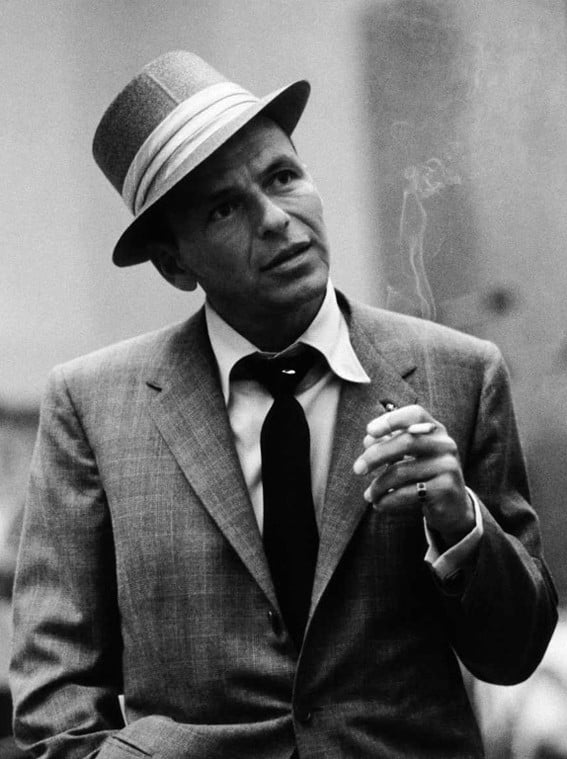 As well as having a musically-talented cousin, the singer also claims to be related to Frank Sinatra.

5. He was rejected several times as an up-and-comer 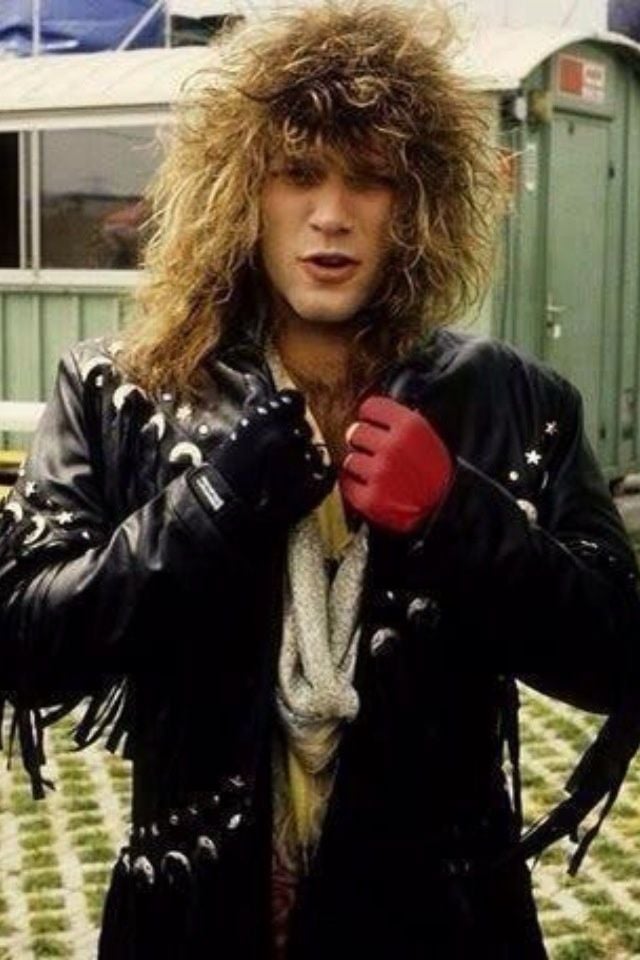 While trying to make it in the biz, Bon Jovi went to big name record companies Atlantic Records and Mercury, but they both turned him down.

6. Still he was persistent 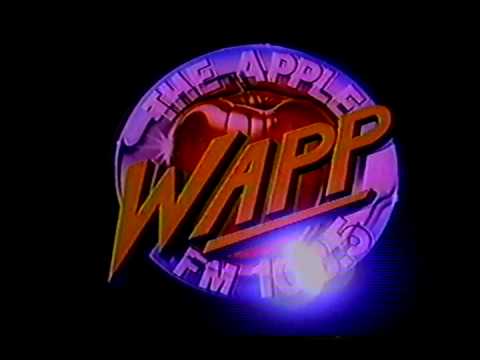 7. As a result Mercury changed their mind 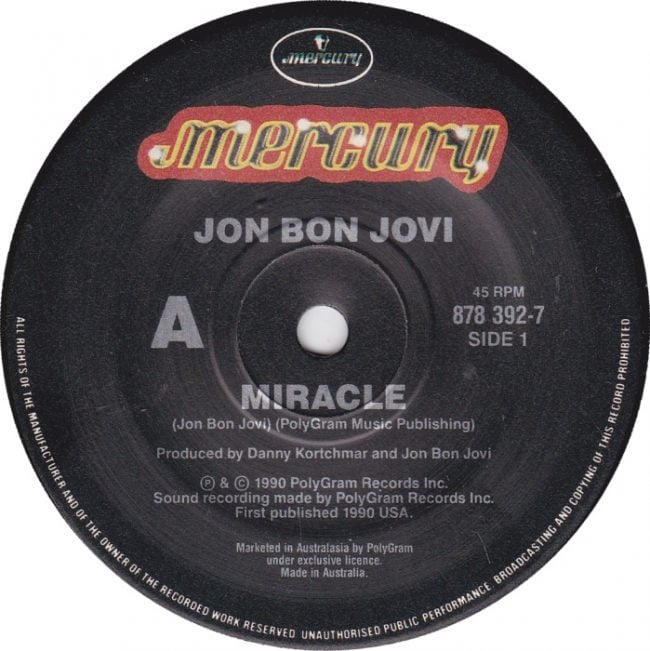 8. It just doesn’t have the same ring to it… 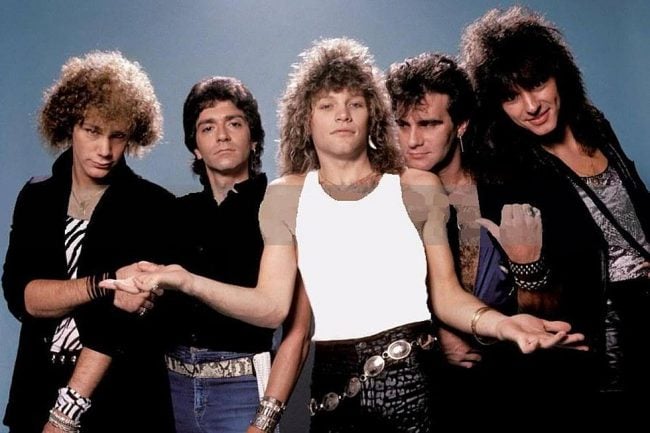 The idea of using Bon Jovi as a band name was inspired by bands Van Halen and Dokken, who also use the last name of their lead singers/founders. Before that they going to be called Jonny Electric! 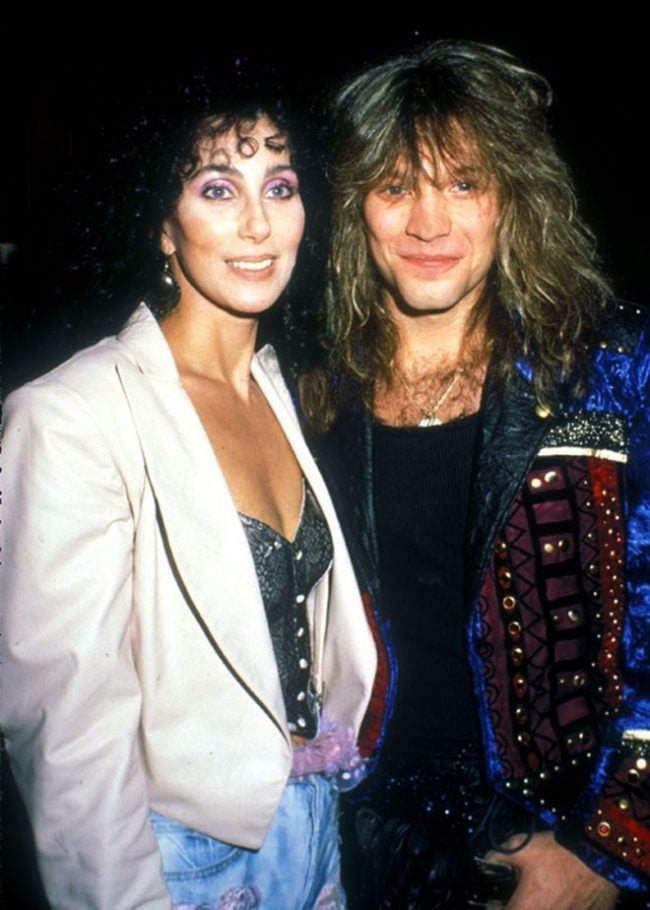 Following their success in the late 80s, Bon Jovi and then-guitarist Richie Gambora helped to produce Cher’s 1987 album. They also co-wrote and sang back-up vocals on the album track ‘We Sleep Alone.’

10. He gives it his all during his performances 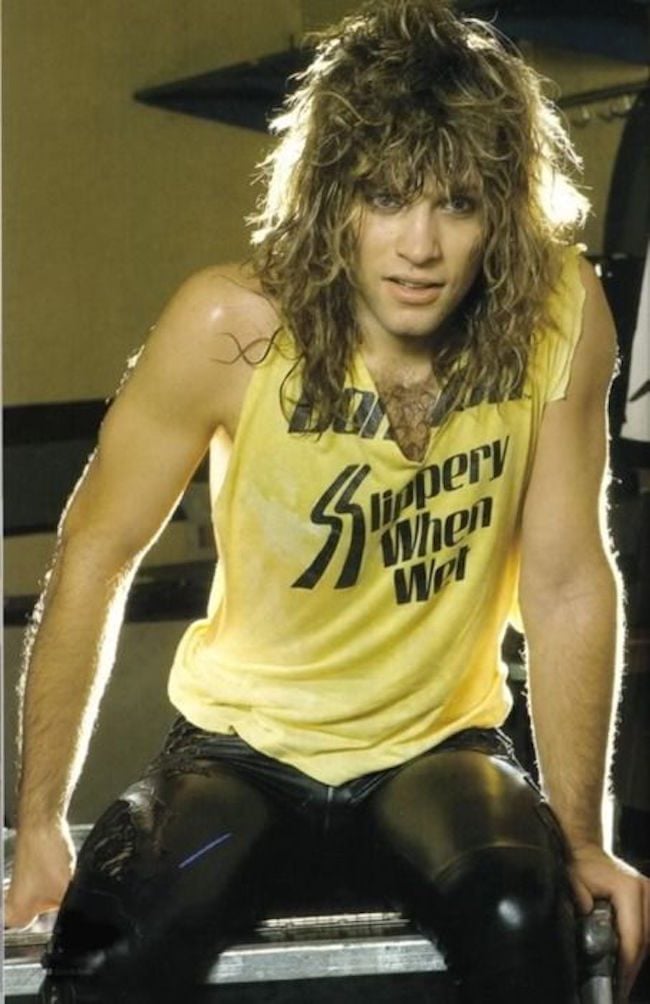 During the Slippery When Wet Tour in 1987, Bon Jovi strained his vocal chords and had to receive steroid injections to help him finish the live shows. 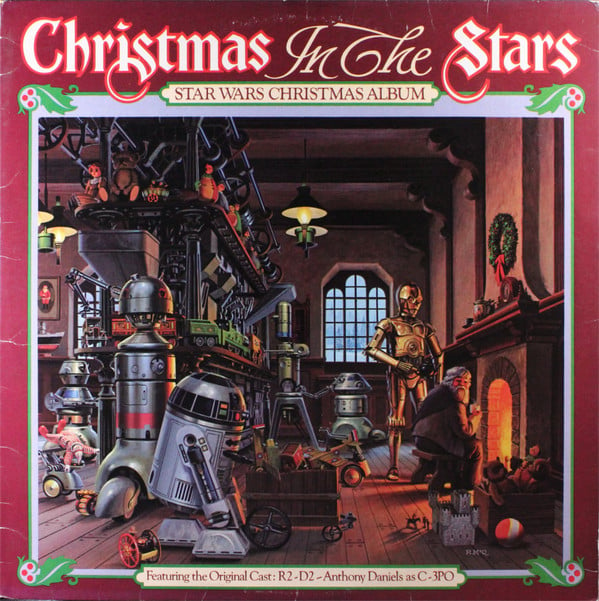 In 1980, Bon Jovi was recommended by his cousin Tony to be a part of the album Christmas in the Stars: The Star Wars Christmas Album. It was his first professional recording, and he was featured on the song ‘R2-D2 We Wish You A Merry Christmas.’

12. They almost have one of their biggest hits away! 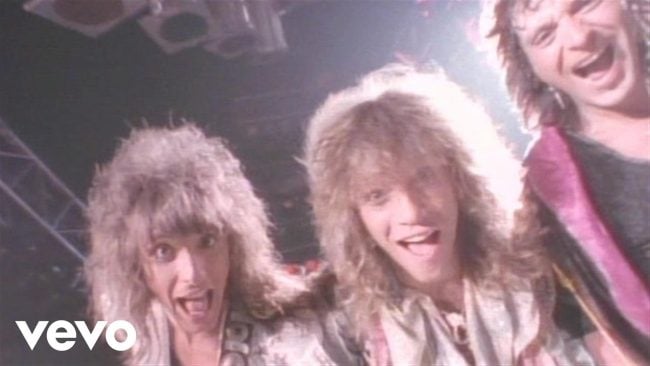 ‘You Give Love a Bad Name’ is one of the band’s biggest hits, but they almost gave it away to a band called Lover Boy – we’re glad they changed their minds! 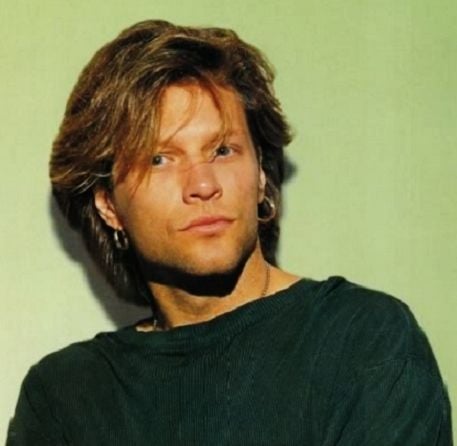 When Bon Jovi cut his trademark hair in the early 90s, it was such big news it made CNN. 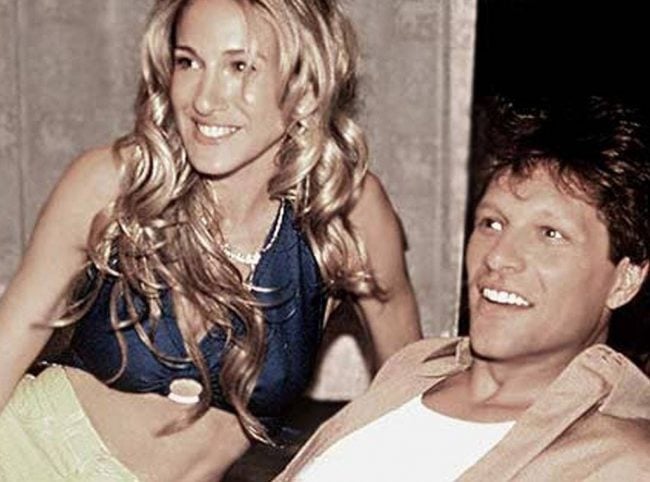 As well as being a successful singer, the Bon Jovi has also tried his hand at acting. He’s credited in several movies, and has had bit parts in Sex and the City and Ally McBeal. 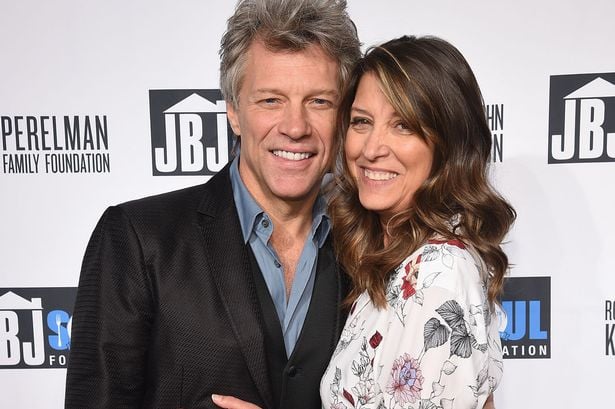 Bon Jovi is married to his high school sweetheart Dorothea Hurley, who he wed on a secret trip to Las Vegas in 1989. 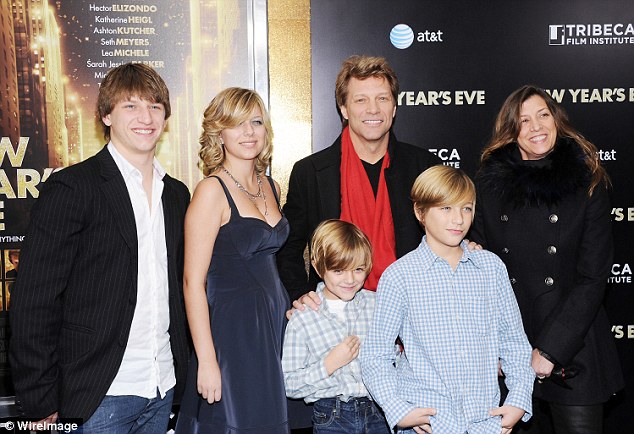 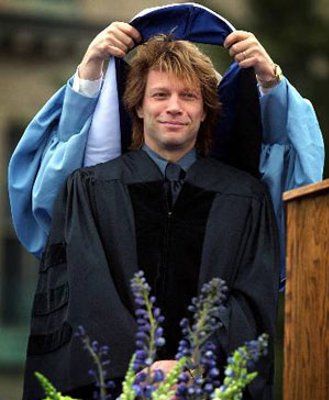 In 2001, the star was awarded with an honourary doctorate in Humanities from New Jersey’s Monmouth University, where he gave that year’s commencement speech.

In 2006, Bon Jovi founded the Jon Bon Jovi Soul Foundation – an organisation dedicated to helping families who’ve fallen on hard times to get back on their feet. 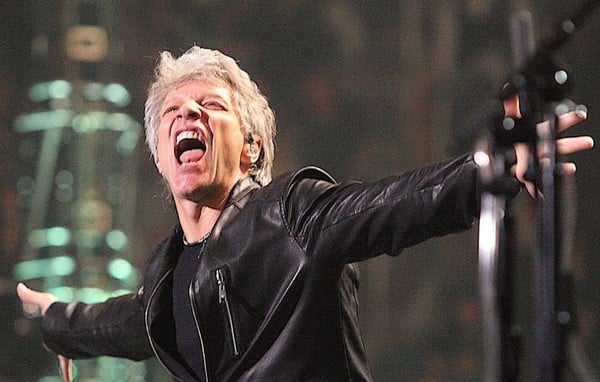 Bon Jovi actually owns the band, and the others are hired as his employees. It was done this way to make business and management processes simpler. How cool would it be to have Jon Bon Jovi as your boss?!