19 Terrifying Facts That Will Haunt Your Dreams

Why is it that whenever a horror movie claims to be “based on a true story” it’s all the more scary?

Probably because us humans like to pretend that bad things are relegated to storybooks and the big screen, when in reality the world has plenty of terrors of its own.

When the trailer for The Exorcist was originally shown in movie theatres, it was so scary that audience members ran out of the room – some even began vomiting – and the trailer was eventually banned.

No matter how hard you try though, you can’t ban everything disturbing, and even if you did, there’d still be people who’d find a way around it and take being creeps to new heights. If you think about it, the planet itself is a cruel place.

After all, nature is all about survival of the fittest. As iconic American writer Mark Twain once said: “Truth is stranger than fiction, but it is because Fiction is obliged to stick to possibilities; Truth isn’t.” No matter how mundane everyday life may seem to be, this world can always surprise you, as these creepy facts show.

Buffalo Bill was Based on a Real Life Serial Killer 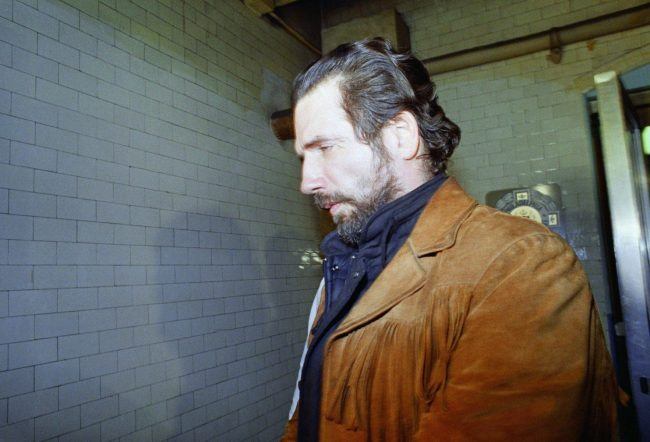 Who can forgot Buffalo Bill from Oscar-winning thriller Silence of the Lambs?

Well, he was based on killer Gary Heidnik, who kidnapped prostitutes and chained them up in the basement of his Philadelphia home.

He tortured, raped and murdered women throughout the 80’s until he was finally caught, and was executed for his crimes in the 90’s.

Several other serial killers also influenced the development of the character, such as Ed Gein and Jerry Brudos.

Ever Heard of Fetus in Fetu? You Don’t Want to 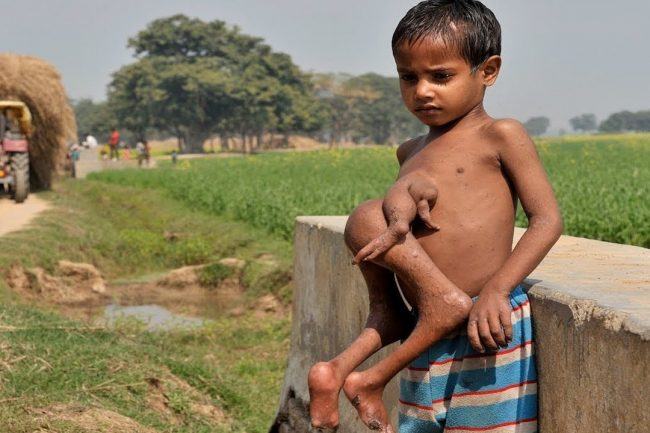 Fetus in Fetu is when two fertilised embryos begin to develop in the womb, but one grows faster than the other, enveloping the weaker twin as it does so.

The cells of the consumed twin become dependent on the complete fetus, which can sometimes become parasitic twins.

Others resemble tumours, and have been found everywhere from skulls to stomachs on otherwise healthy individuals. Yuck.

Put That Camera Away! 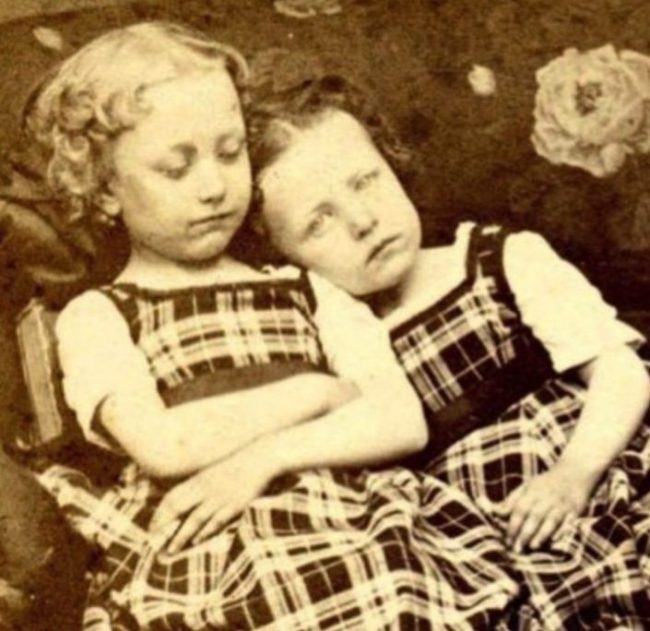 Death portraiture was very popular amongst middle class Victorians. Families would prop up their deceased relatives for group pictures, and it was often the first time families had ever considered having their photograph taken.

Although morbid by modern day standards, photography was becoming increasingly commonplace and affordable, and the process was used as a way to remember deceased loved ones.

After all, if you don’t have an image of them alive, then I guess dead is better than nothing…

Wrong on So Many Levels 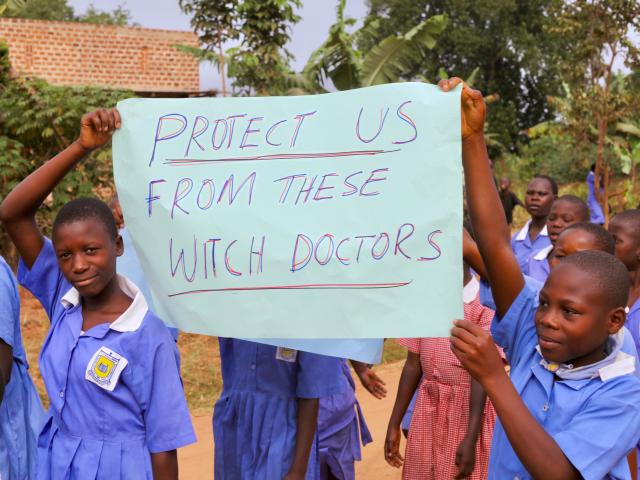 In Uganda, children are alledgedly kidnapped and used in human sacrifices by local witch doctors. Supposedly, they pay off the police to ensure they’re never get punished for their crimes.

The Stuff of Nightmares 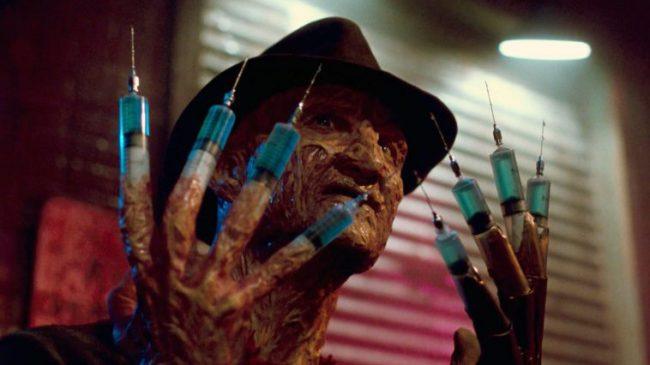 Throughout the 70’s and 80’s there was a series of unexplainable deaths across the US known as “the night terror.”

110 healthy men died in their sleep, and doctors and families couldn’t explain why. The only connection was that the men were of Asian descent.

Wes Craven read reports of the cases in the news, and was inspired to create horror classic Nightmare on Elm Street as a result.

We Won’t Be Trying This Facial Any Time Soon 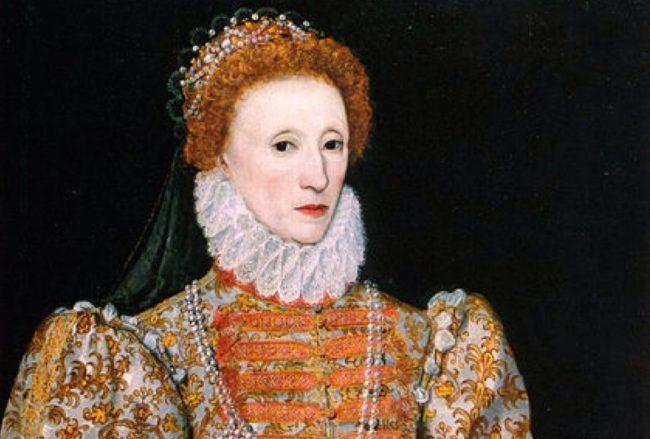 As a child, Queen Elizabeth I was afflicted with small pox.

This left the monarch with deep pock marks on her face, which she was embarrassed about.

To try and repair the damage, she had servants collect body fat from people who has been executed, liquified it down, and smeared it on her face. If fat wasn’t available, she’d improvise and use eggs, which is a lot less time-consuming and gross. 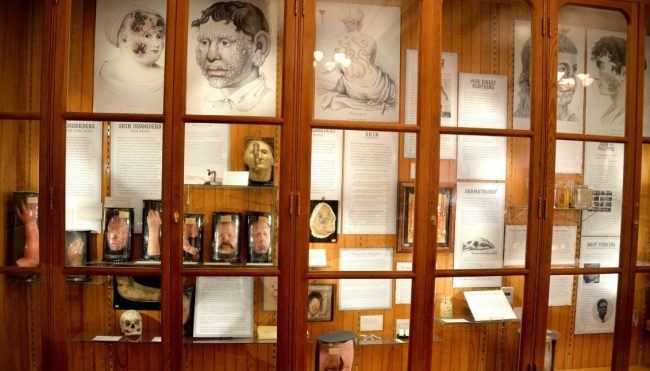 Not the best holiday destination for those with a weak stomach, The Mutter Museum in Philadelphia is filled with fascinating examples of preserved human anatomy.

This includes everything from tumours, to mutations and medical anomalies. 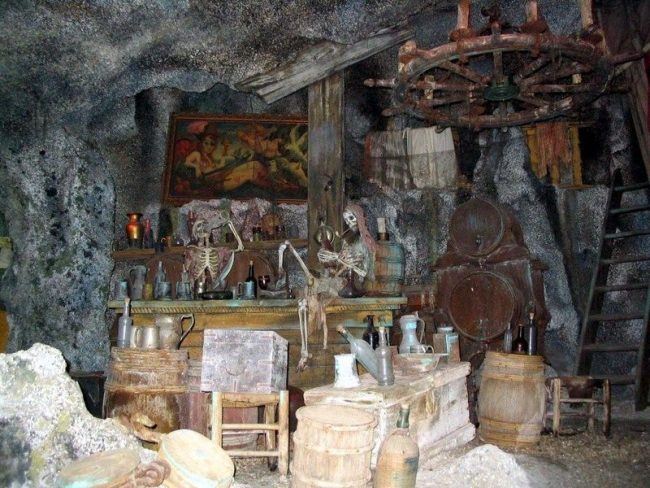 It sounds like the stuff of myth, but back when it opened in 1967 the skeletons in the Pirates of the Caribbean ride at Disneyland were actually real human remains.

Although Disney since claims they’ve given the original bones proper burials, staff members swear some of the ones used today are not fakes. 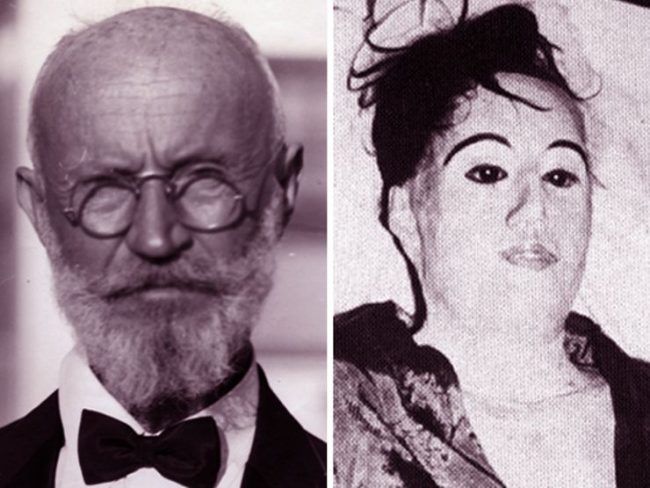 In the 30’s, Dr Carl Tanzler fell in love with Elena, a 21-year-old patient suffering from tuberculosis.

He was so obsessed with her that when she died he snuck into her tomb (which he paid for) and stole her body, bringing it back to his home.

He kept her in his house for seven years before Elena’s sister became suspicious and called the police.

During that time, he attempted to delay the rotting process by tying her bones together with wire, replacing her skin with wax and fitting the corpse with glass eyes.

He even gave it a wig made from Elena’s real hair and filled her chest cavity with rags so the body would keep its original form. Good lord.

Not Such a Pleasant Family Outing 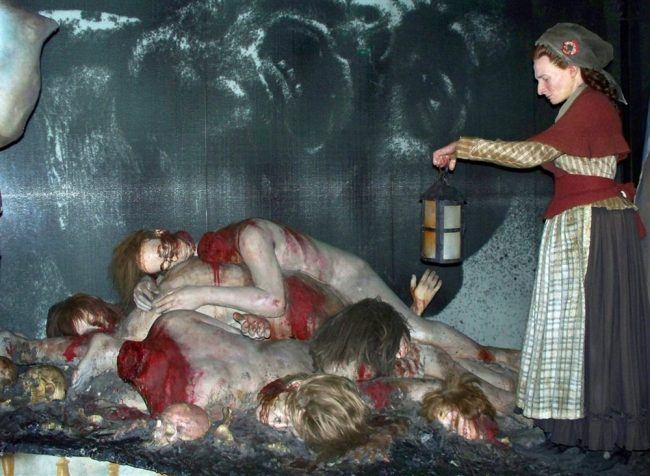 A trip to Madame Tussauds Wax Museum is seen as wholesome family fun, but the popular tourist attraction had a grizzly start that few know about.

Tussaud began her sculptural career by stealing severed heads after they’d be chopped off at the gullotine, using them to practice her waxing process. Nice.

The Most Haunted Island in the World? 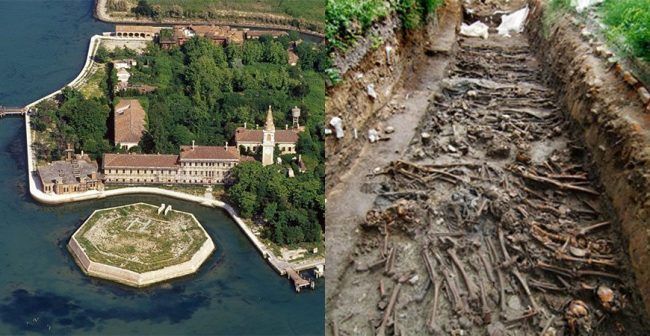 The Italian island of Poveglia is considered the most haunted in the world. Why, may you ask?

Thousands of people dying from the plague were dropped there during their final hours. Over 100,000 people are said to have passed away there over the years, with 50% of the soil comprised off human bones.

To make things worse, Poveglia has also been the site of a mental hospital, and today is off limits to the public. 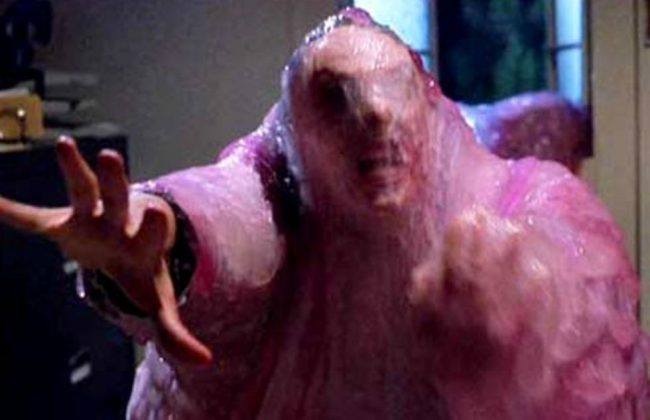 In 50’s a meteor landed in Philadelphia (what is it with that place?).

Police checked out the site and reported purple ooze coming from inside the space rock. Nothing else weird happened, but it did inspire classic horror movie The Blob.

Well, That’s One Way to Cure a Nosebleed 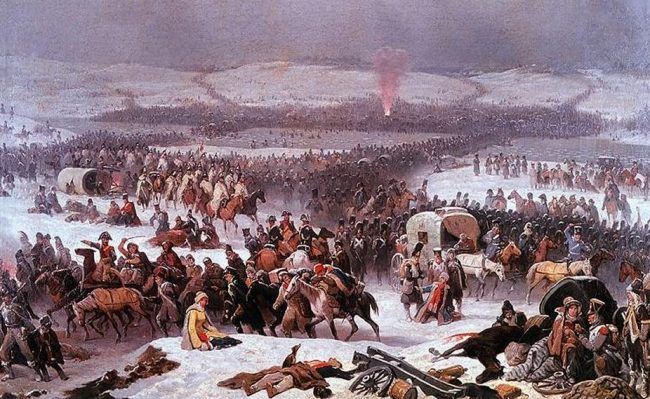 In the USA during the 1600 and 1700s, the bodies of fallen soldiers were often left on the battlefield to rot.

As a result their skulls would grow a moss known as Usnea.

At the time, people believed that Usnea contained the spiritual properties of the dead and use it as a form of medicine. They even ground it up into powder and used it to stop nosebleeds! 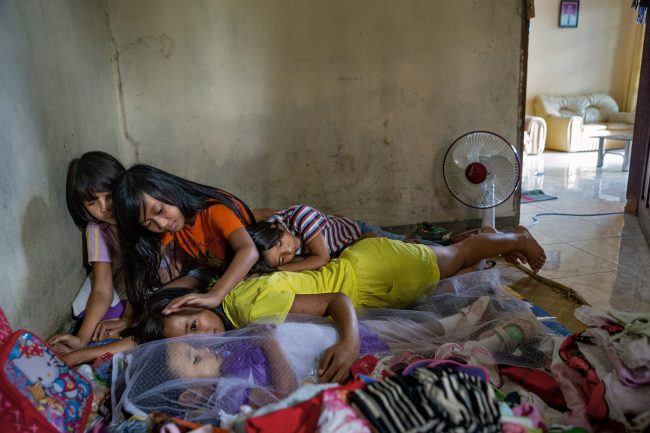 On the island of Sulawesi in Indonesia, when a loved one dies they aren’t cremated or given a traditional funeral.

Instead the corpses are mummified using a mixture of formaldehyde and water, meaning the body doesn’t rot or smell awful.

Known as “Makula,” they are kept around the house and treated as part of the family, even dressed up and given meals. Seems like a waste of good food if you ask us. 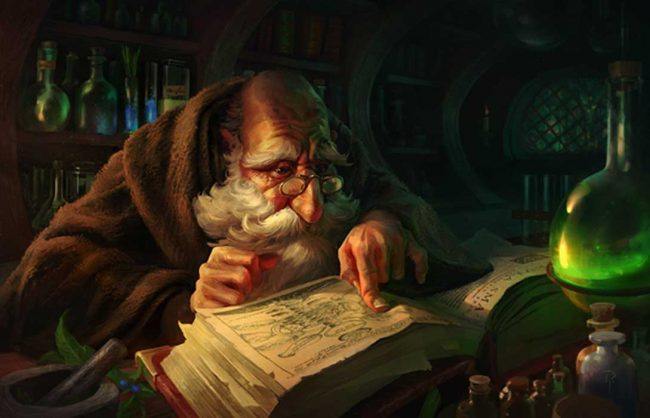 In the 1600s Alchemists used distillation in their pursuit of immortality.

Some mashed up the brains and organs of fallen soldiers to drink, but not after letting it sit outside in horse manure for six months to liquify it.

Perhaps Skip This One if You Don’t Like Dolls 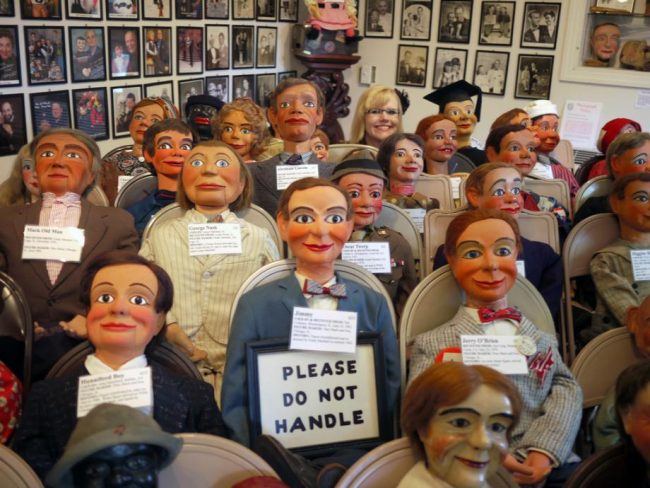 If dolls freak you out, don’t visit the Ven Haven Museum in Fort Mitchell, Kentucky. It’s filled with antique ventriloquist dummies, which are basically just dolls that can talk. 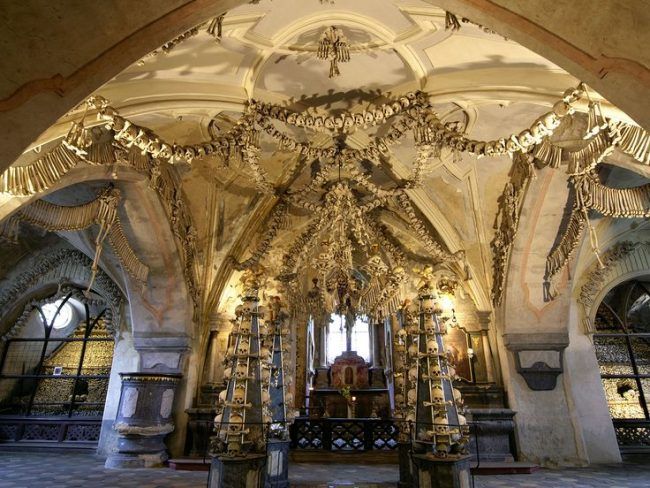 There’s a church in the Czech Republic decorated with human bones.

Called the Seldec Ossuary, the idea came about after they ran out of places to bury bodies in the cemetery.

The church heads got around it by claiming it would help the deceased become closer to God.

They Say Your Life Flashes Before Your Eyes… 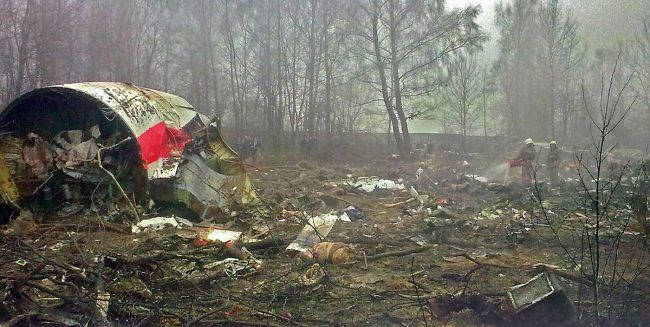 If you visit planecrashinfo.com, you can hear recordings of people living their final moments before they die in a plane crash. Seriously morbid. 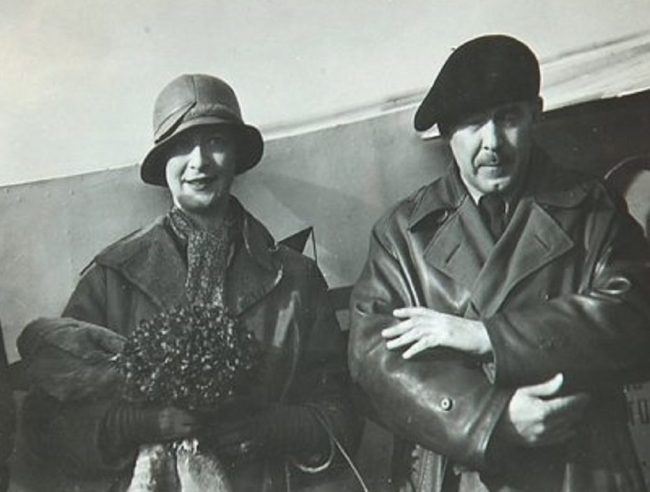 In the 20’s, writer William Seabrook was really into flesh-eating voodoo zombies.

He was desperate to taste human flesh himself, so he travelled to West Africa to see if the local tribes they would help him to become a cannibal.

Unsurprisingly, they told him to sod off, so he headed back to the USA. When he got back, he stole a body from the morgue instead.

He was so excited about finally achieving his goal that he even invited his friends around to watch him enjoy his meal – we doubt they were impressed.