18 Must Have Products For Fans Of Nostalgia

Who doesn’t love the 80s? Honestly, probably a whole bunch of people, but they’ve no idea what they’re missing: clothing that gives no quarters to ‘taste’, synth-heavy pop music and the best blockbusters yet produced by Hollywood. 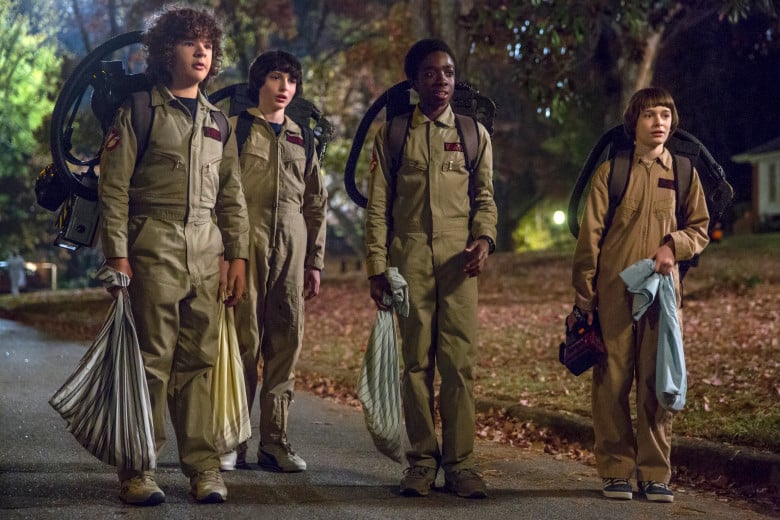 With shows like Stranger Things, The Goldbergs and Cobra Kai proving major hits with today’s audiences, it seems like 80s fever has never been higher. Right now, audiences are going nostalgia-mad for the media of the age of Reagan, shoulder pads and Jane Fonda exercise videos. 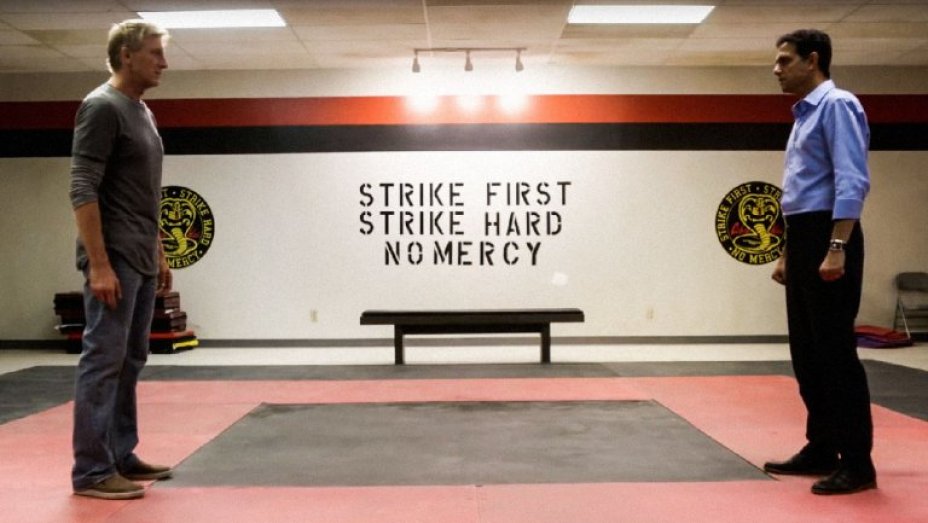 With that in mind, here are 18 must have products for those nostalgia hounds among us. 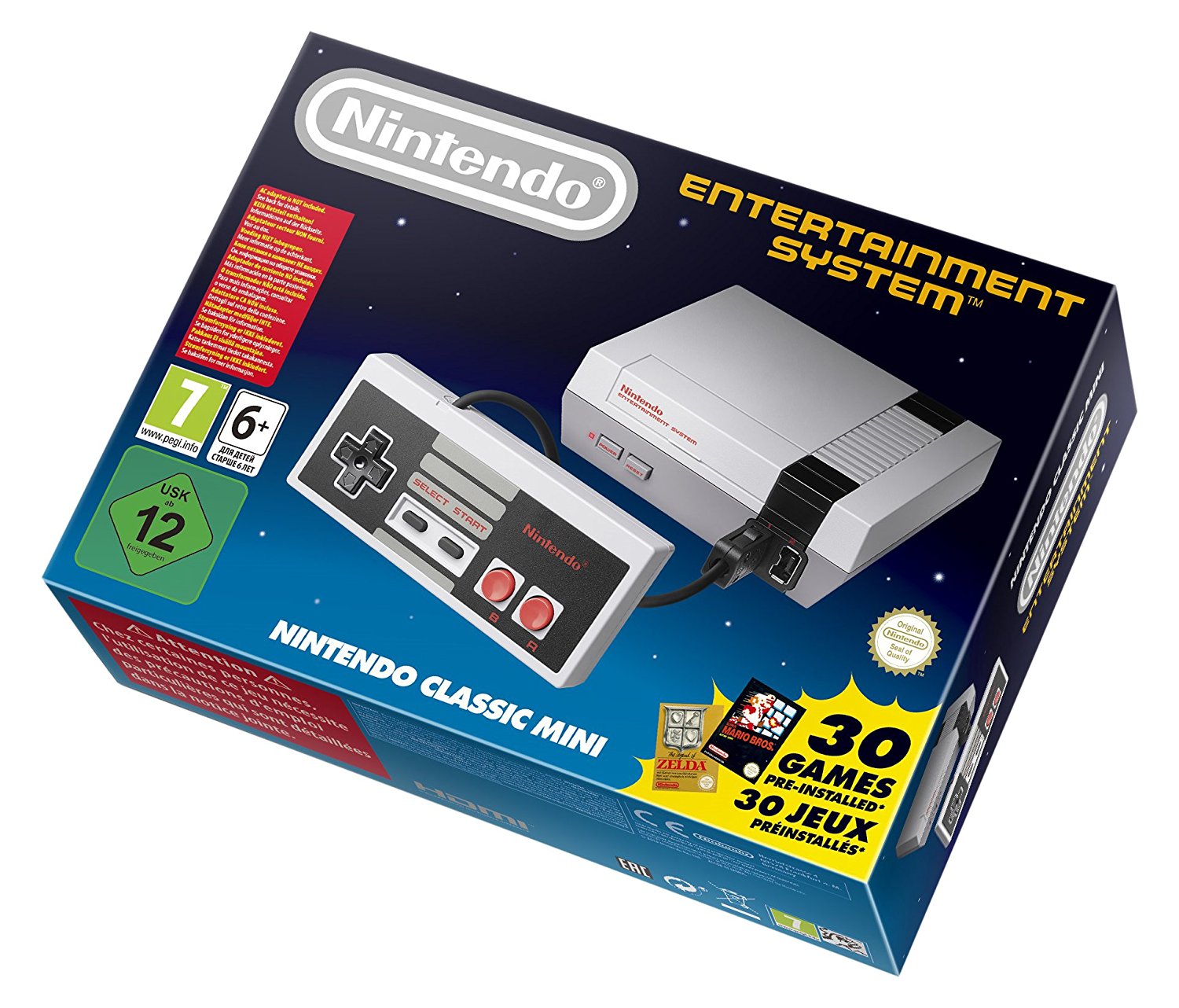 Are you tired of playing games made using the most advanced graphics engines known to modern gaming? Then put away that Xbox One; shut down that high-powered PC; go ahead and list that PS4 on eBay. Get your hands on one of these mini Nintendo Entertainment Systems instead, thus instantly transporting yourself back 35 years to a time when the likes of Super Mario Bros, Donkey Kong and The Legend of Zelda represented the peak of gaming (although, arguably, they still wipe the floor with a lot of modern games). Nintendo’s Mini NES includes the aforementioned games, along with 27 other classics, now all in HD. 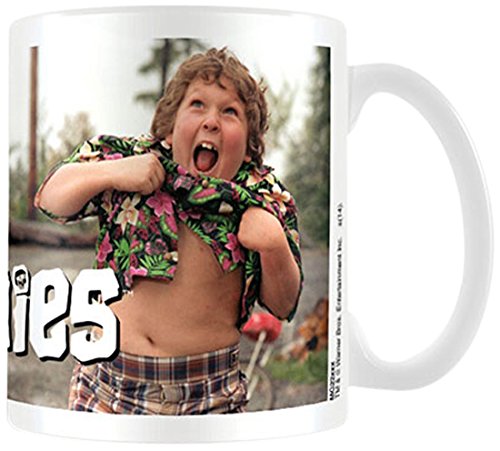 When it comes to nostalgia, The Goonies is pretty much a perfect storm – with a story invented by undisputed King of the 80s Steven Spielberg, no other film can boast pirates, Corey Feldman, a baby-faced Josh Brolin in a bandana, Cyndi Lauper on the soundtrack, a treasure hunt and an overweight boy shaking his belly like he hasn’t a care in the world. And what better way to celebrate your love of this film than to own a mug adorned with the image of the master of the truffle shuffle himself? 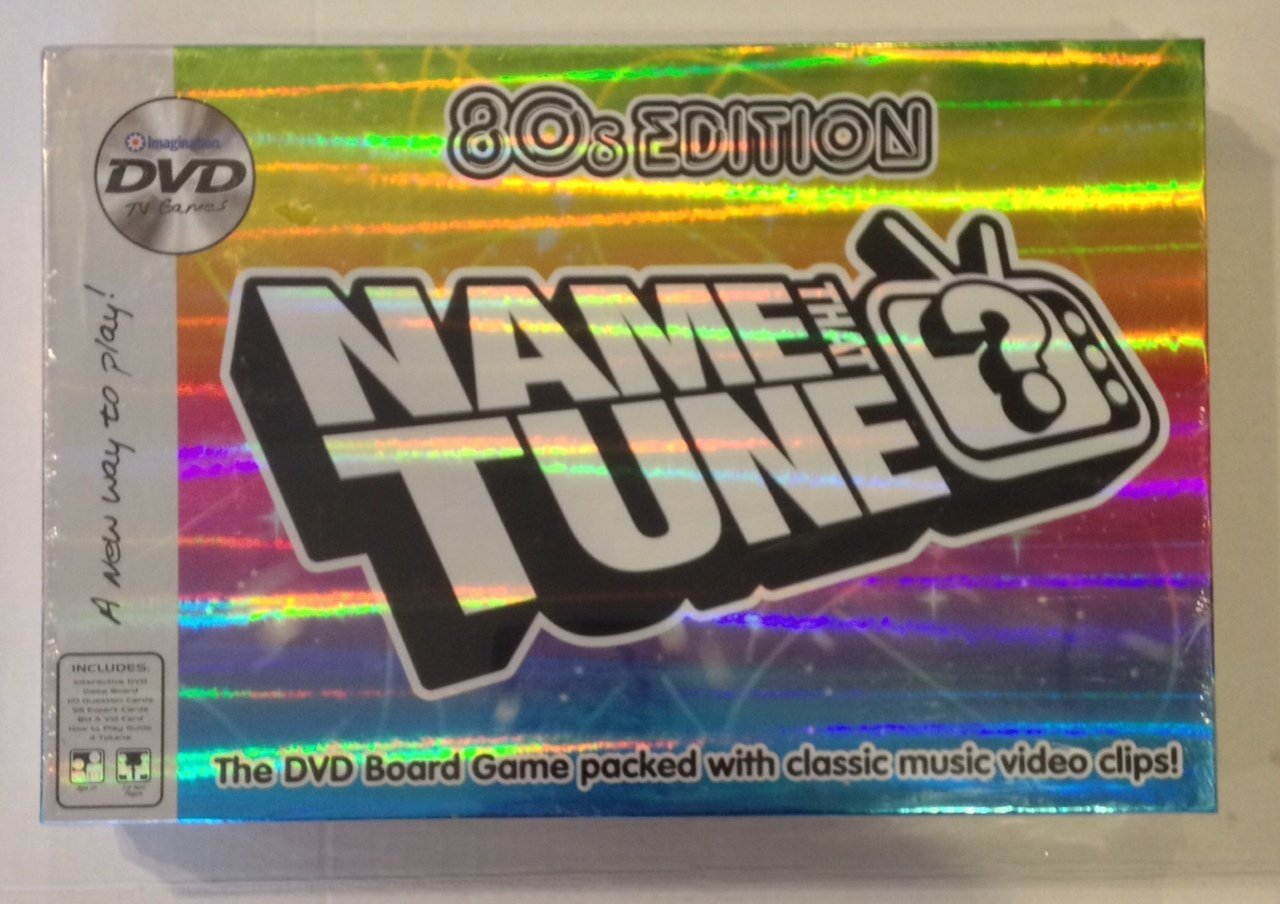 Think you know your Hall & Oates from your Salt-N-Pepa, your Astley from your Prince, your Bowie (Let’s Dance era) from your Springsteen (Born In The USA era)? Name That Tune – 80s Edition is an interactive DVD game in which you get to prove your mettle. Recall the song title, release date and lyrics of a glut of 80s songs to beat your opponents.

4. Back to the Future Brickheadz Set 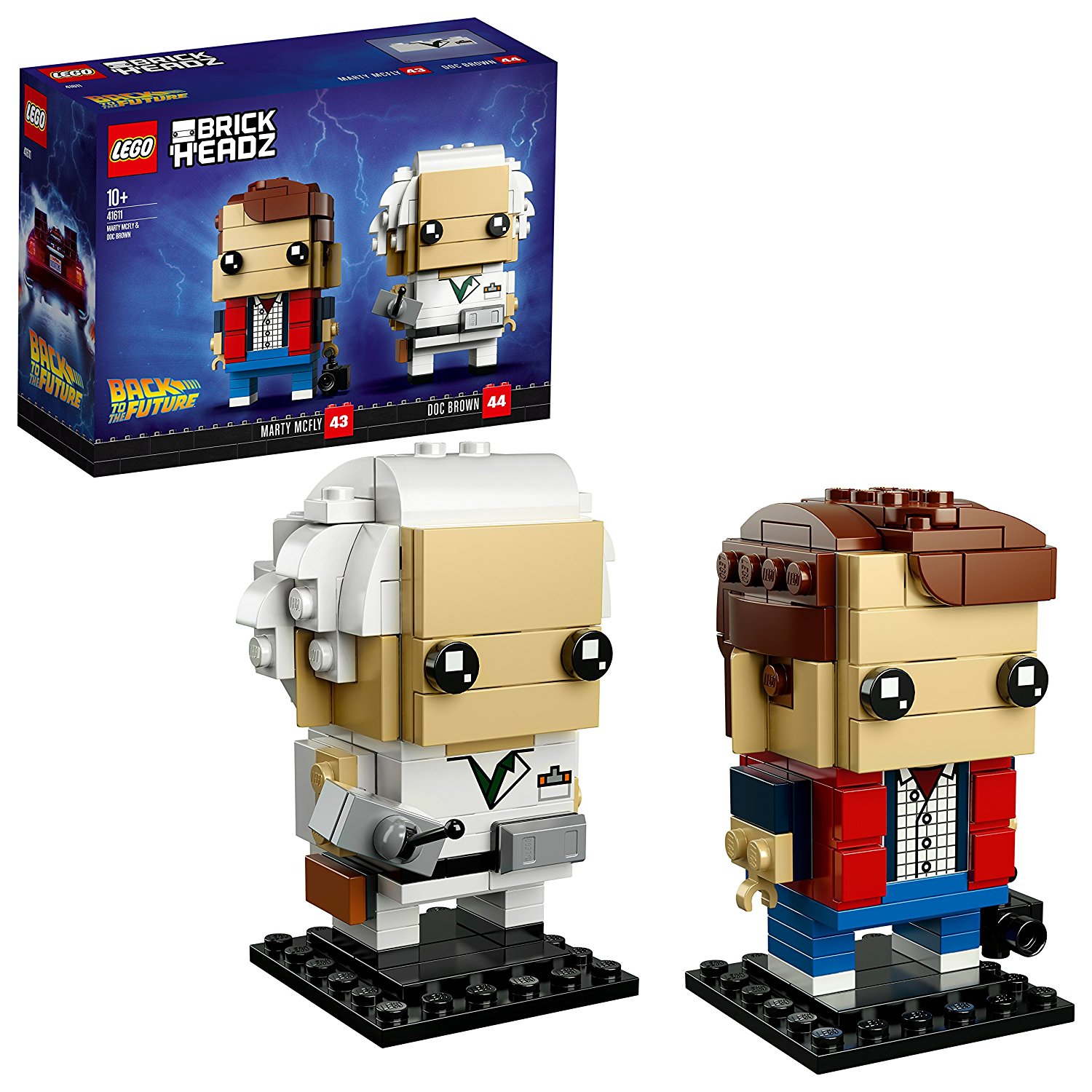 Have you ever watched Robert Zemeckis’ action-adventure-comedy-time travel classic Back to the Future and wished you could own the two leads in miniature, with the added ability to build them out of small plastic bricks? Well, consider your prayers answered. The Back to the Future Brickheadz set includes Doc Brown and Marty McFly, both wearing their iconic gear, in buildable form. 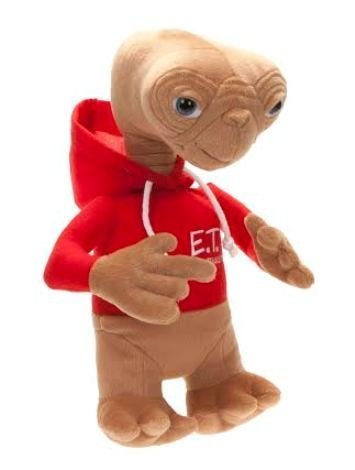 Yeah, ET wore it well when Elliott covered the little guy in that tablecloth and stuck him in a bicycle basket, but haven’t you ever wondered what it would be like if ET stepped up his sartorial game a little? Luckily, you can now get your hands on an ET plush toy that includes the tiny alien rocking Elliott’s iconic red hoodie, and looking fly (no pun intended) while doing it.

6. Raiders of the Lost Ark Statue 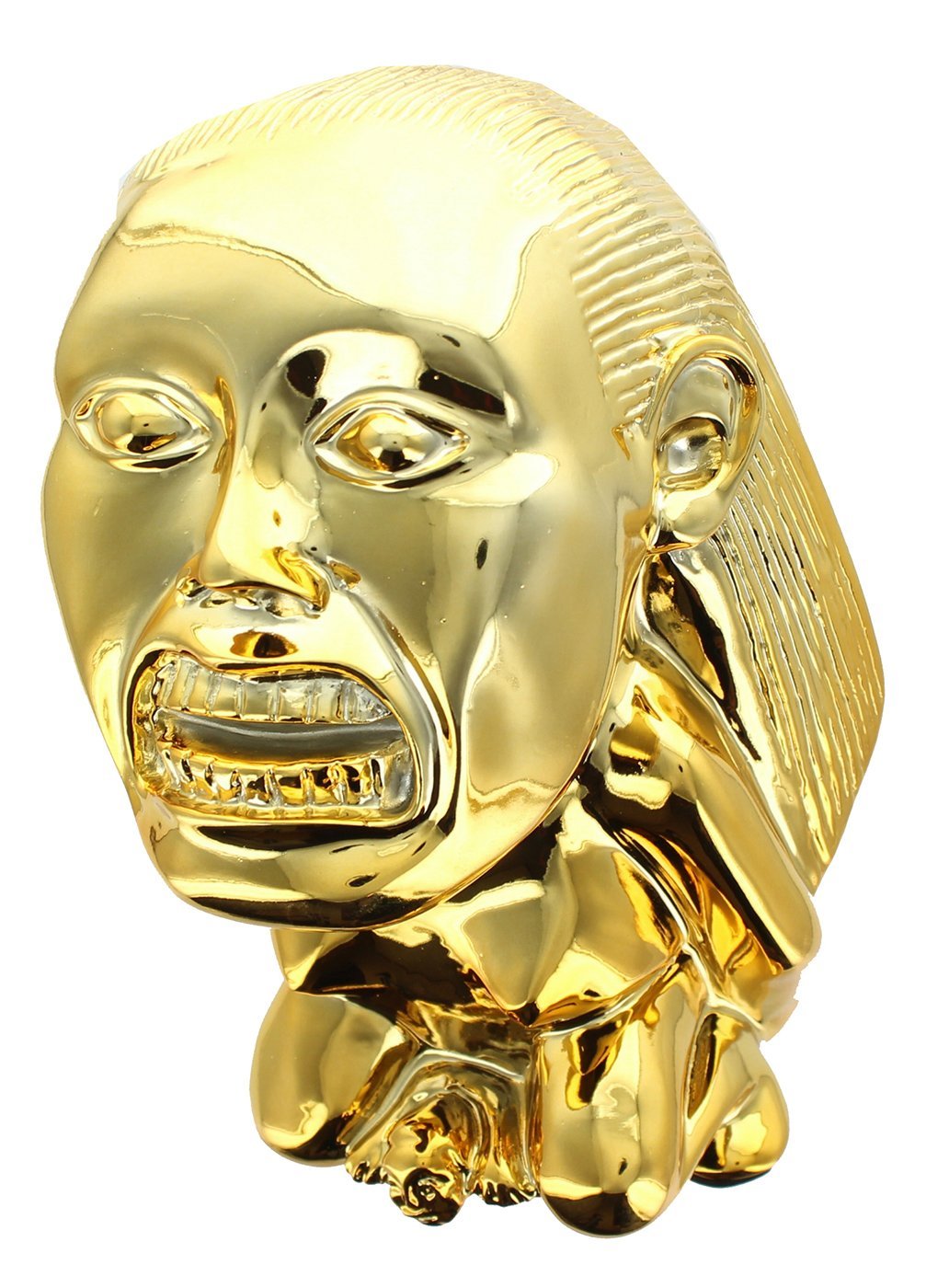 “Adios, Satipo.” If you’re looking for a cool piece of shiny movie trivia for your mantelpiece and are happy to splash out, the gold statue that Alfred Molina bravely died for in the opening of Raiders of the Lost Ark could be yours. OK, so it’s a replica, and it’s not solid gold, but it’s as close to the Chachapoyan Fertility Idol as you’re going to get, and it has all of the weird, slightly creepy beauty of the piece Indiana Jones stole. Hey, it’s cheaper than a real gold Mayan statue. 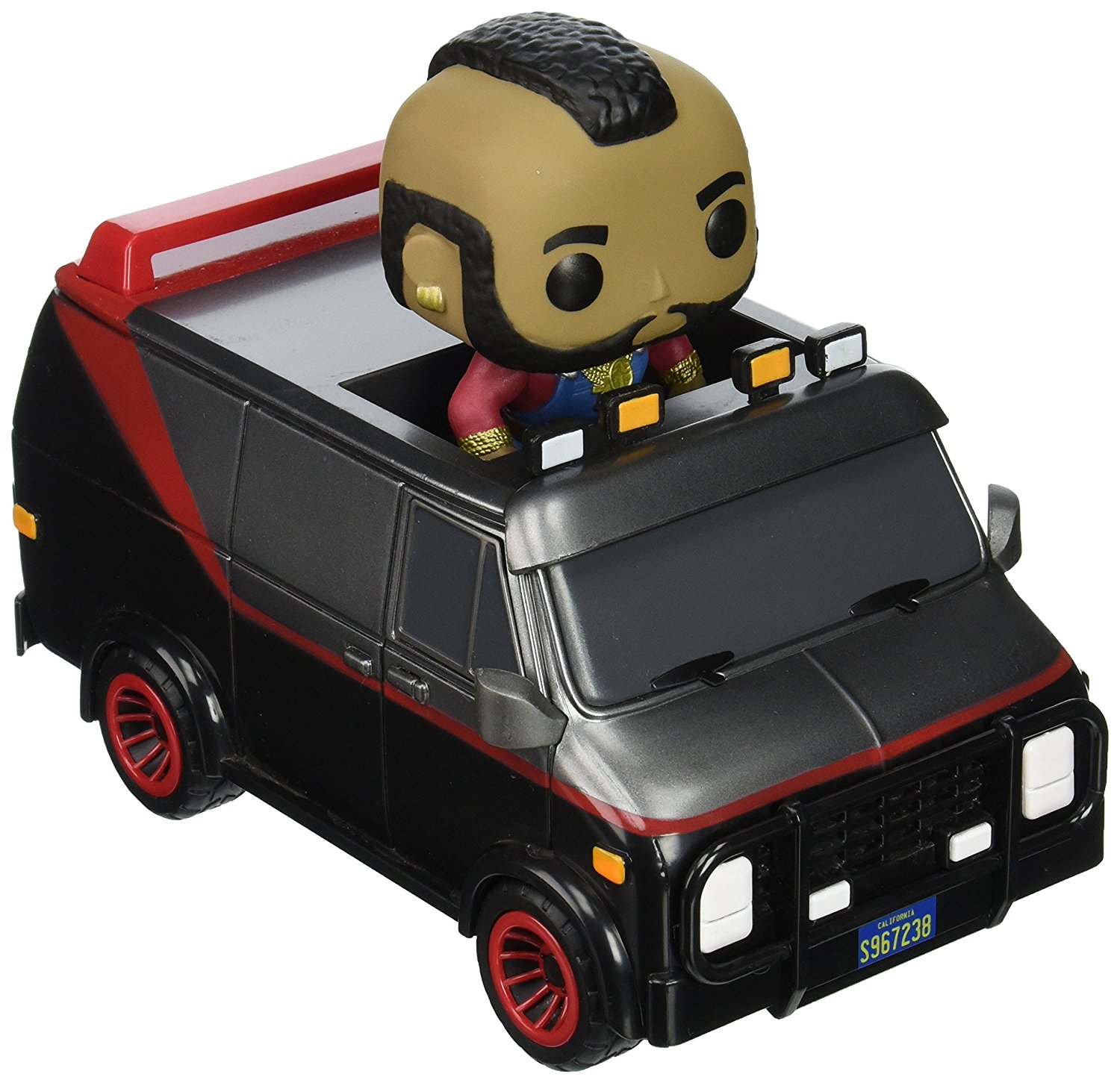 80s TV was at its most 80s when George Peppard, Dirk Benedict and Mr. T gathered together to fight the world’s worst badmen in a GMC Vandura Van. And that van can now be yours, albeit in miniature. The model doesn’t come with the whole gang, but who needs the Face and Howlin’ Mad Murdock when you can have BA Baracus, in Funko POP form, hanging out the top of the van like the don he always was? 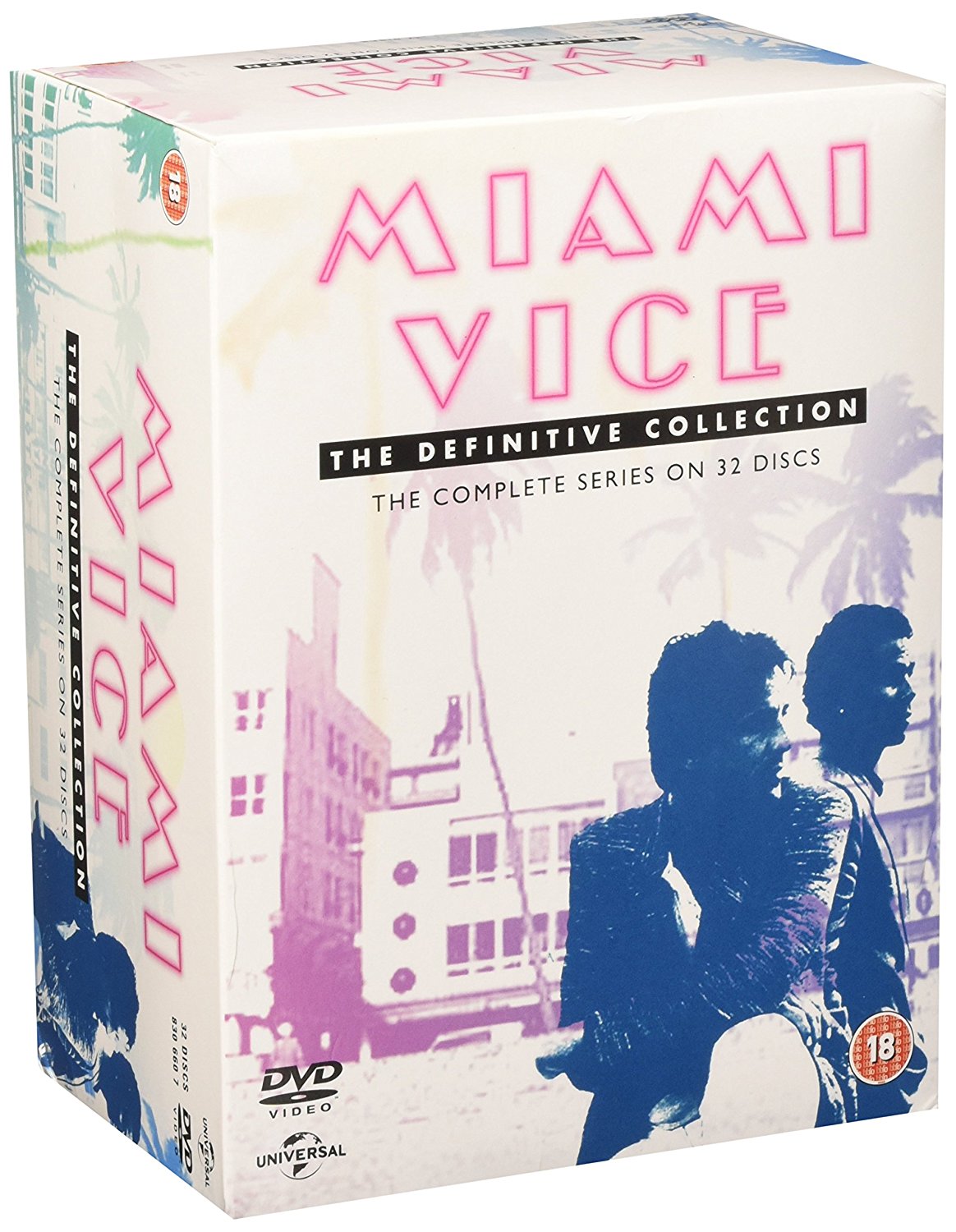 Pastel-coloured suits, swish mulleted hairdos, Phil Collins providing incredible drum beats on the soundtrack – Miami Vice was about as on-trend as TV shows got in the 80s, and today Michael Mann’s procedural looks like an influential precursor to many of the most popular cop dramas around. For just £30, you can have all five seasons – or 112 episodes – of the show. 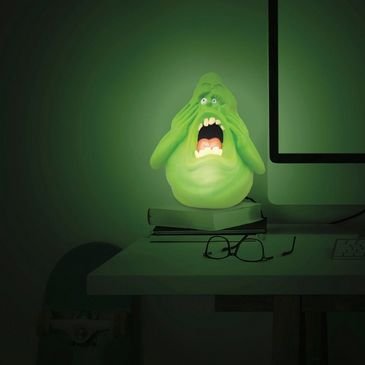 If you ain’t afraid of no ghosts, and also happen to enjoy the novelty of seeing a popular movie character lighting up your room of a night, is there ever a lamp for you. Ivan Reitman’s 1984 supernatural comedy spectacular was one of the biggest hits of the decade, and spectral rabble-rouser Slimer was the film’s big scene-stealer, so it makes sense that they’ve gone and made a glow-in-the-dark lamp out of him. Stick him on your desk and bask in the bright green glow of nostalgia. 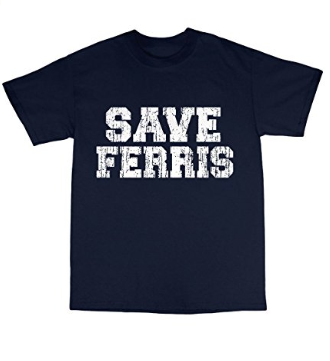 Do you love Ferris Bueller’s Day Off, and by extension the charismatic truant played in career-defining fashion by Matthew Broderick in the lead? Of course you do, you’re not a monster. Show your support for Broderick’s rebellious teen, and more generally for one of John Hughes’ most entertaining cinematic efforts, with a Ferris Bueller’s Day Off-themed crew neck tee. 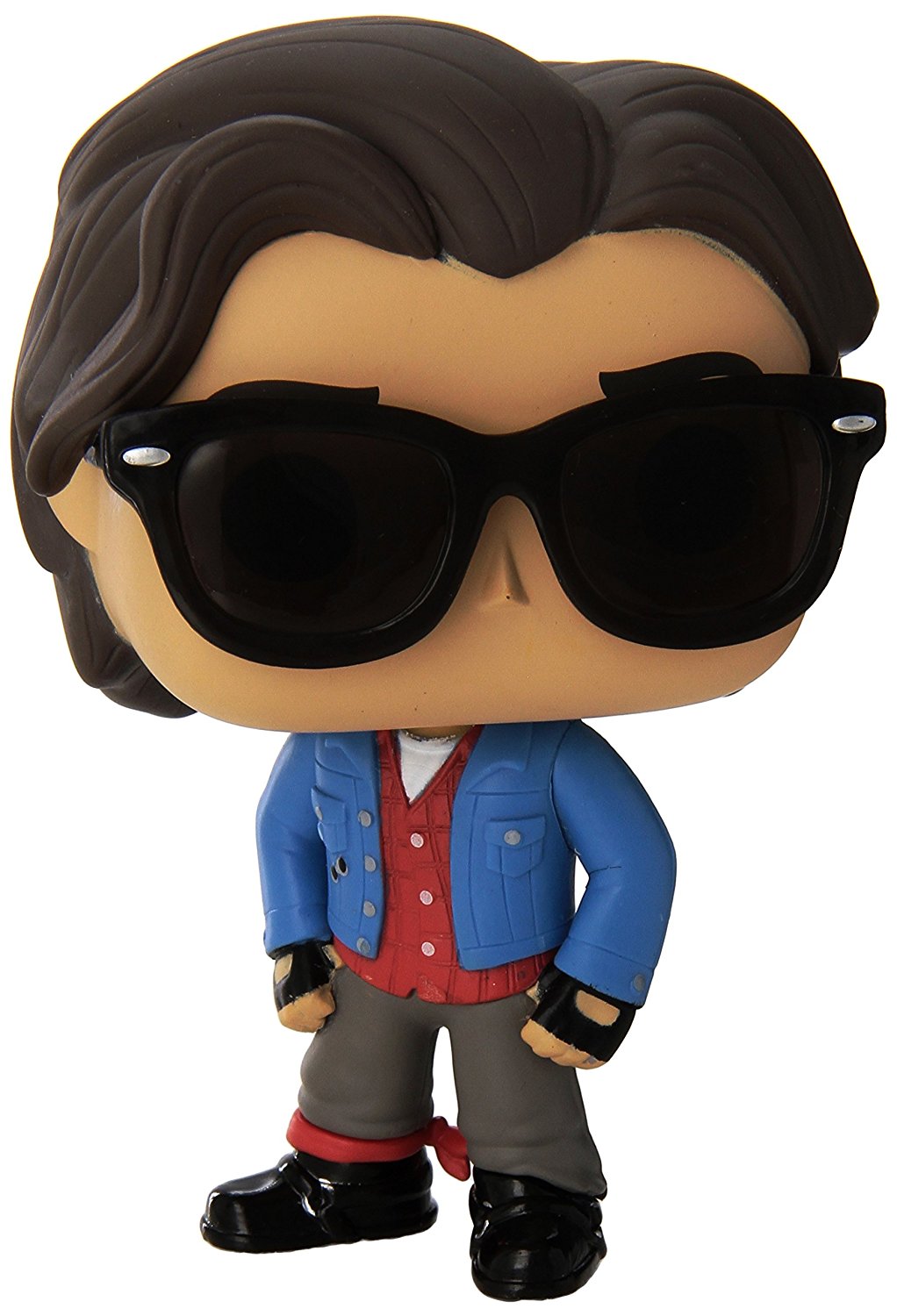 The Breakfast Club, teen movie of teen movies, has endured for a reason. The film features career-defining performances from a none-more 80s cast including Emilio Estevez, Molly Ringwald and Ally Sheedy, plus Judd Nelson, playing the film’s standout character: outcast and part-time high school revolutionary John Bender. Pay tribute to the air-punching teen rebel with this Funko POP vinyl of Bender at his most cocky and undeniably cool. 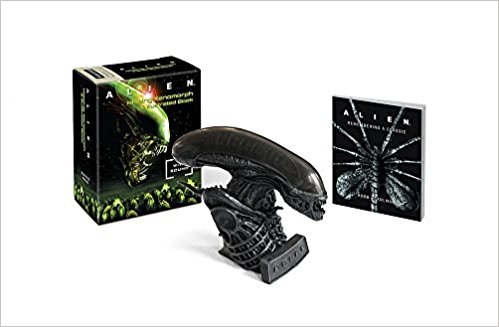 James Cameron’s Aliens, one of the few sequels ever made that could claim to stand shoulder to shoulder with the masterful original movie, was one of the biggest smashes of the 80s. You’re probably a fan. Now ask yourself what you wouldn’t give to own one of Cameron’s celestial apex predators, albeit in toy form so there isn’t an actual risk of being eaten by it. You can get your hands on an Alien set, which includes an illustrated paperback book from author Robb Pearlman, but the real kicker is the Xenomorph head. A collector’s item for anyone who likes to freak out house guests. 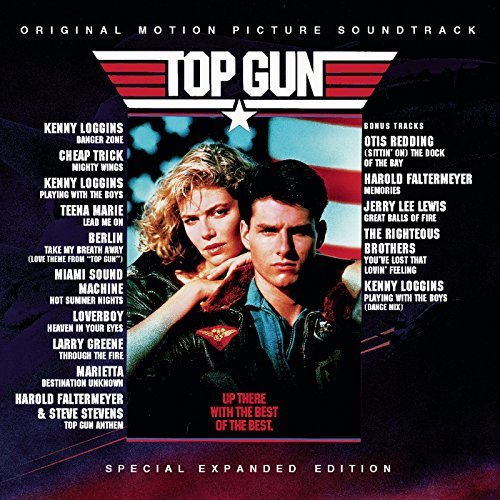 Tom Cruise rocking aviators and flashing his megawatt grin is obviously the main draw, but Top Gun just wouldn’t be Top Gun without the expert needle-drops. Prepare yourself for the upcoming sequel Top Gun: Maverick by re-familiarising yourself with the original’s brace of enormous tunes, including that one Maverick and Goose do at karaoke, and the one that plays when Cruise and Kelly McGillis get it on in perhaps the most oft-parodied sex scene ever. 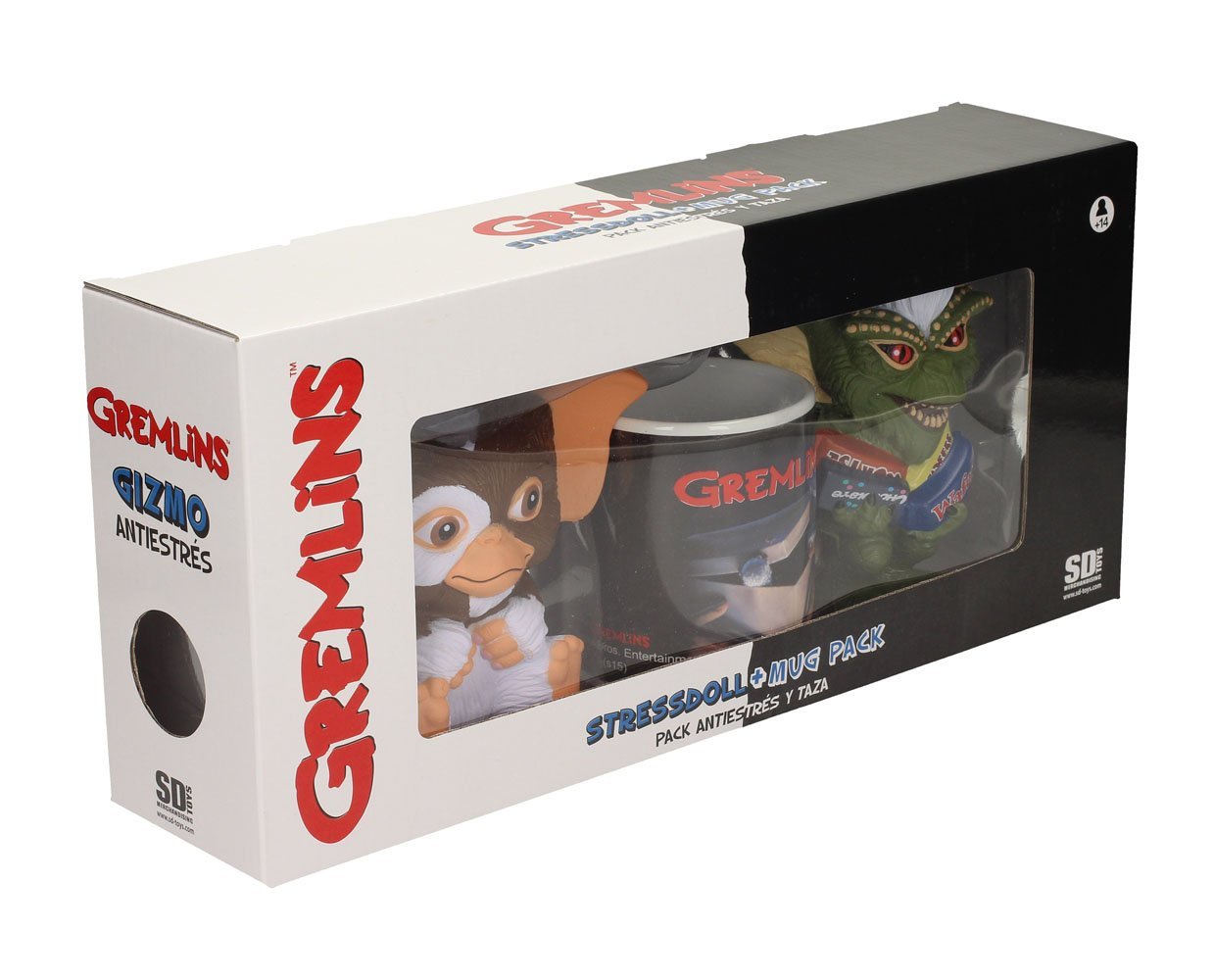 Are you a Gremlins fan in need of some themed merch? Can’t decide between a toy, a mug and a stress figurine in the shape of cuddly yet deceptively volatile creature Gizmo? Allow this Gremlins gift set to settle the debate by providing you with all three. It includes a Gizmo stress figurine, a toy Stripe and a Gremlins-themed mug. Just be careful when washing the Gizmo. 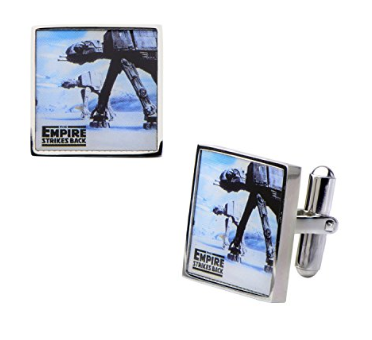 The Empire Strikes Back needs no introduction, but here’s one anyway: George Lucas’ greatest contribution to pop culture, the high watermark of the Star Wars franchise and the world’s intro to wise old alien sage Yoda. You can get your hands on some cufflinks to celebrate your love of the film, bearing the iconic image of Imperial AT-AT walkers making their over the icy Hoth wastes to wipe out those pesky Rebels. Perfect for a Star Wars-themed wedding, or just for the gentleman who likes his cufflinks to say: “I don’t follow your rules, nerf-herder.”

16. The Thing: Infection at Outpost 31 Board Game 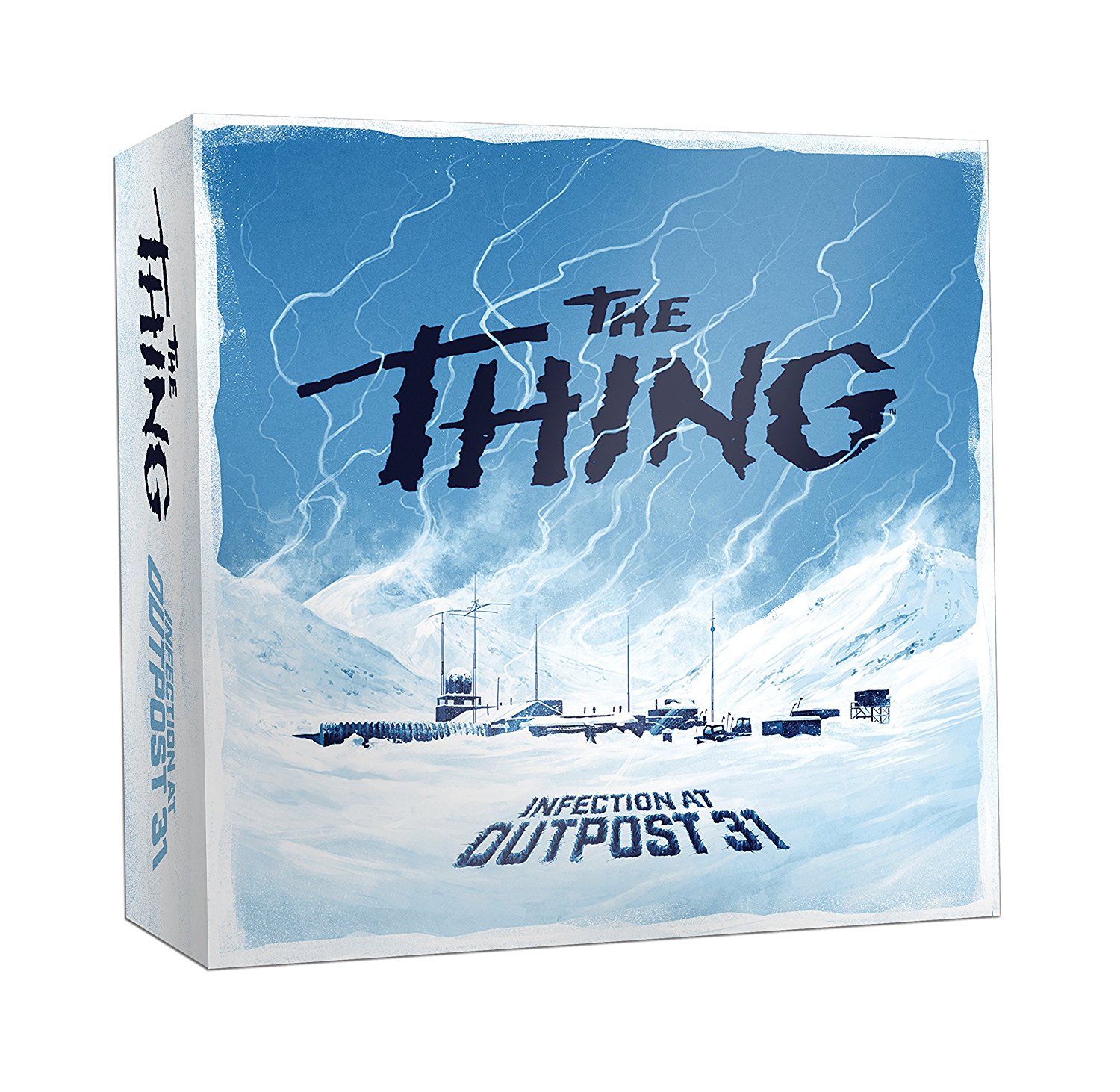 If you love The Thing, and you’ve always wanted a taste of the lingering dread and sheer mortal terror that Kurt Russell and co. endured in John Carpenter’s horror classic, then this board game is for you. The Thing: Infection at Outpost 31 offers 4-8 players a profoundly paranoid experience, of investigating which of those among you has been infected by the eponymous extraterrestrial at an Antarctic research facility, minus the threat of actually being consumed by an alien lifeform. 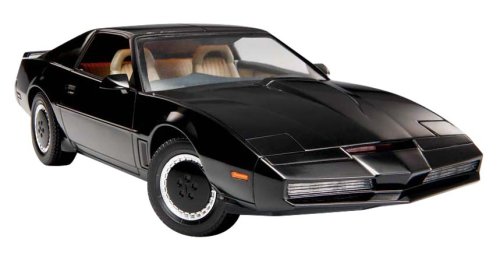 In the 80s, when Hoffmania was at its peak, Knight Rider was about the biggest TV show on air. And KITT, the Hoff’s talking automobile sidekick, stole the whole damn show. This plastic model of the car doesn’t include flashing lights, and it doesn’t respond when you talk to it, but it’s still a great addition to any 80s figurine collection. 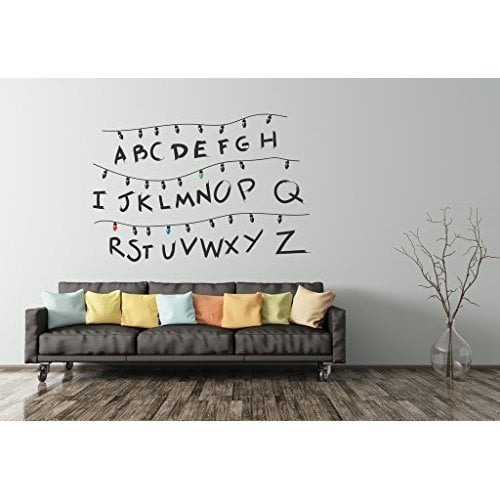 No, Stranger Things isn’t strictly a show you can have ‘nostalgia’ for, considering it only began two years ago and is still airing right now, but the series holds so many 80s influences and pays tribute to so many 80s movie classics that it feels like an 80s classic in its own right. Fans of the show can adorn their wall at home with stickers in the style of the lights Joyce uses to communicate with Will Byers.