Halloween is almost upon us, which means time is running out to do something that little bit different for a costume. What better way to celebrate the spookiest of days than with a costume that takes you straight back to your favourite shows and films from when you were growing up? Let’s take a look at some of the best costumes you could go for this year… 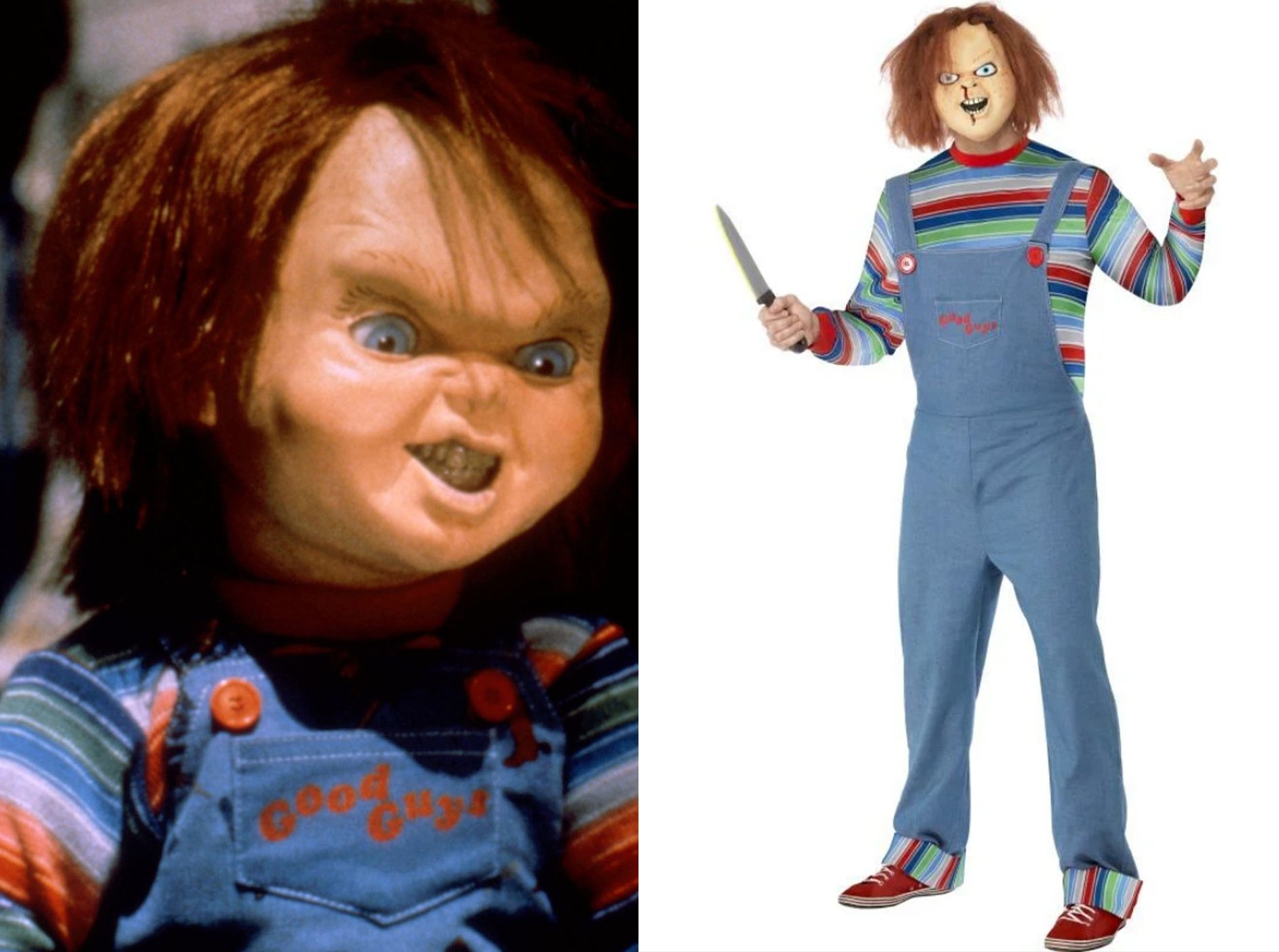 The killer doll from the Child’s Play series creeped us out back then, and he still creeps us out now.

What better way to scare people than to dress as a demonic doll that enjoys nothing more than a brutal murder and a good wisecrack? 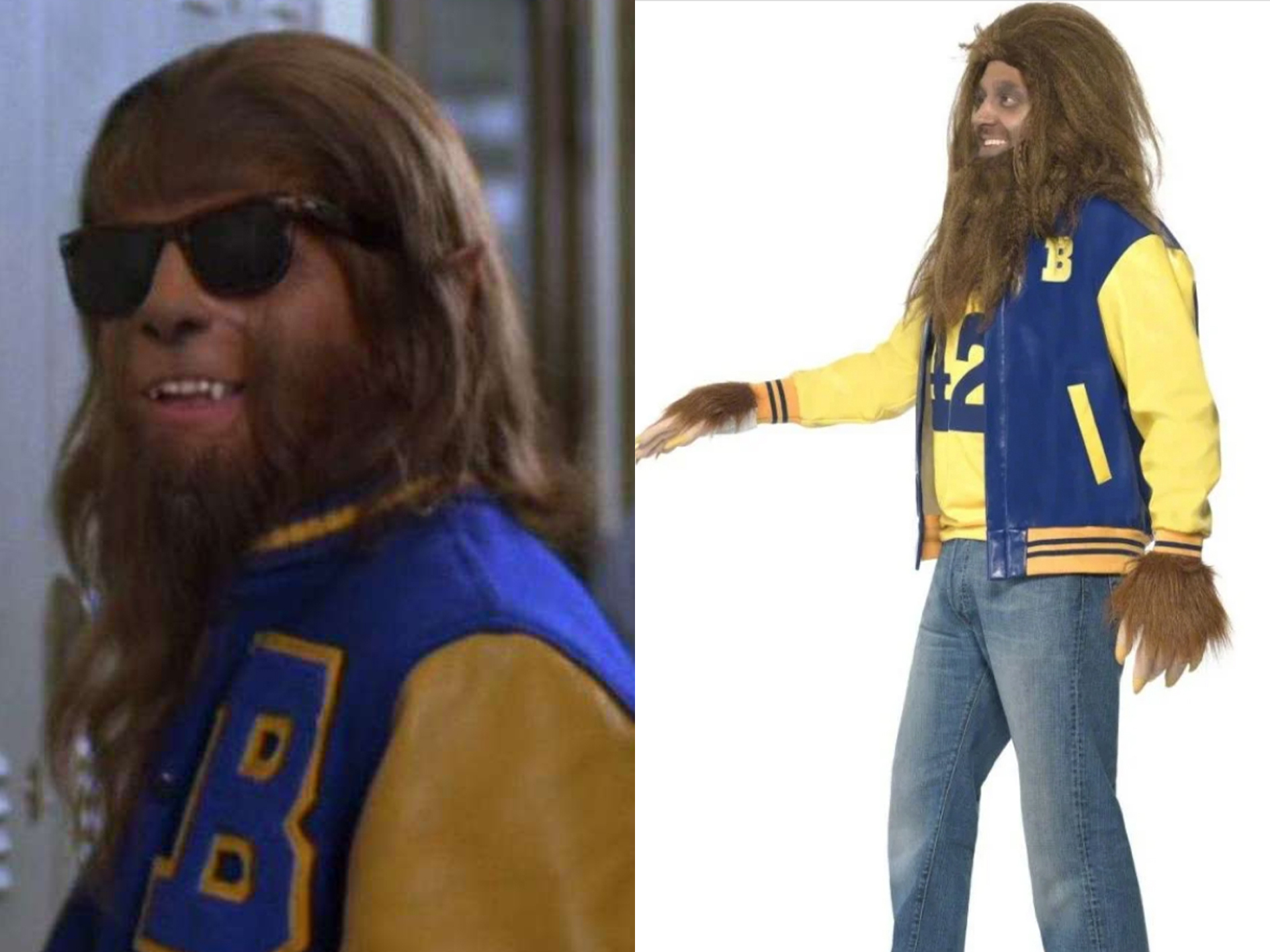 Michael J Fox made some great films back in the day, and Teen Wolf lends itself perfectly to a Halloween costume.

Just don’t “surf” on top of a van, please! It might have looked fun in the movie, but it’s extremely dangerous. 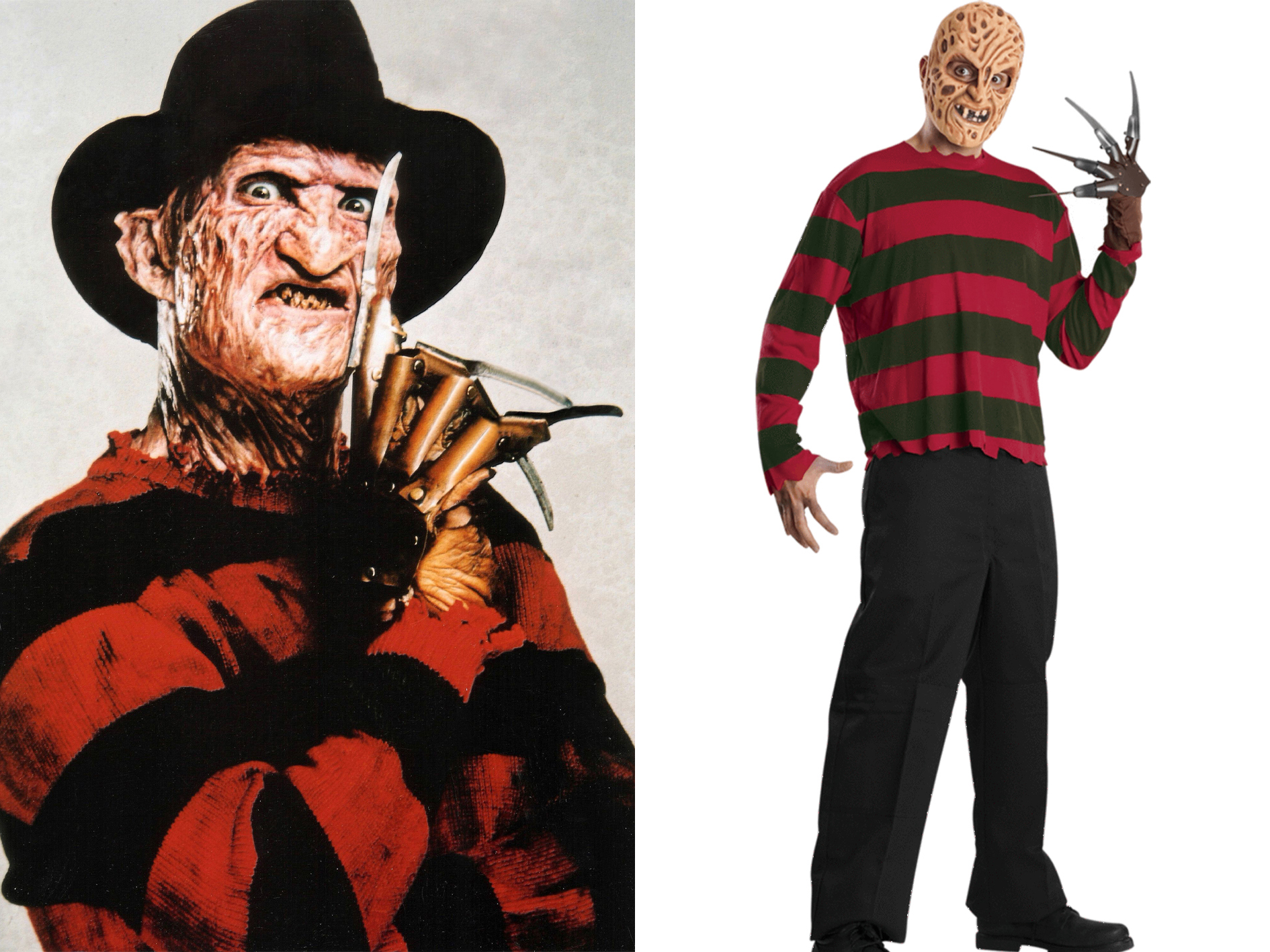 The Nightmare on Elm Street killer haunted the dreams of his victims in the movies, and left more than a few of his viewers with restless nights too!

Hand-in-hand with becoming an iconic horror movie character, Freddy has also been a popular dress-up choice for Halloween ever since the 80s. 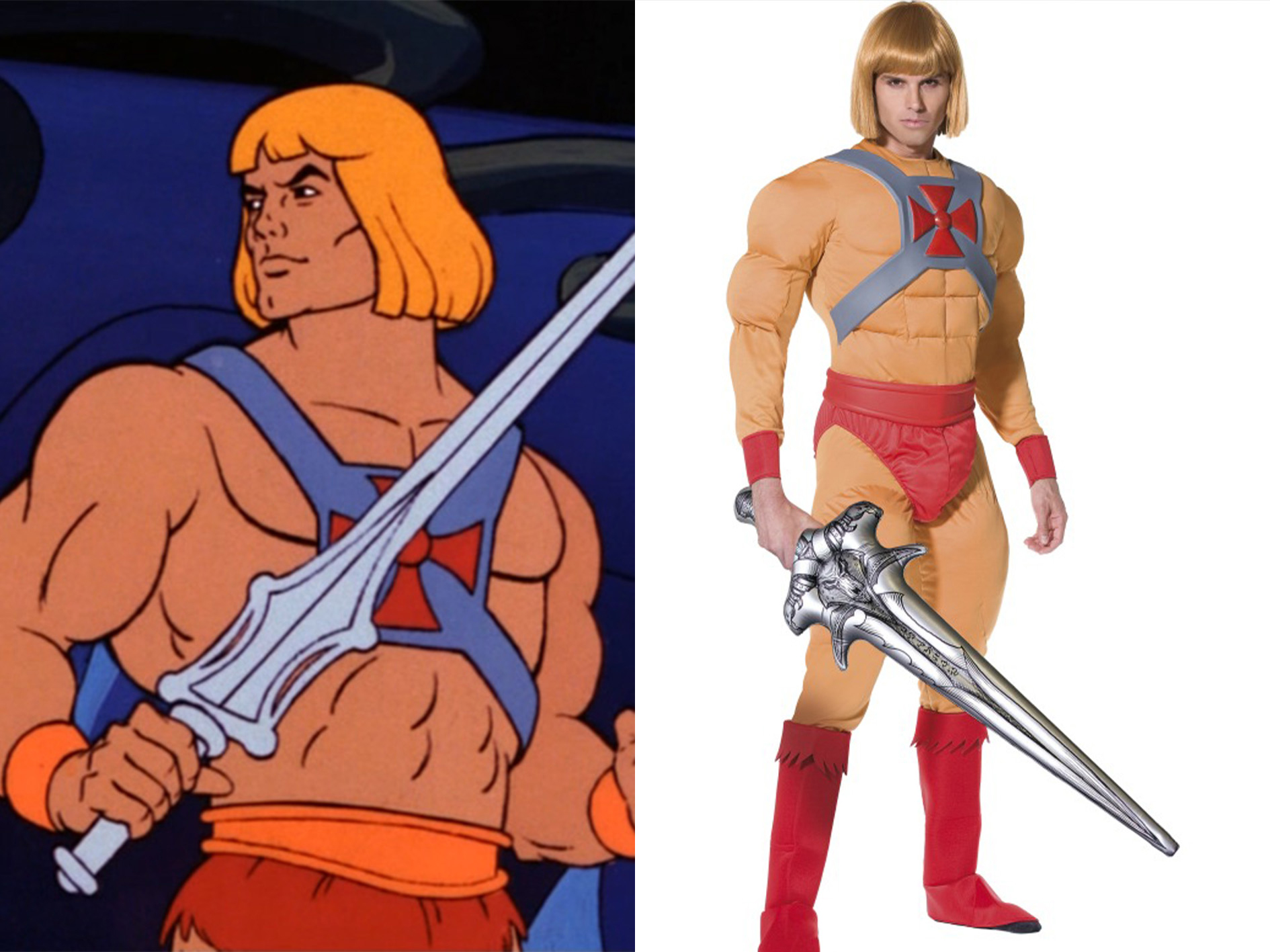 “By the power of Grayskull – I have the power!” Who didn’t grow up loving the animated adventures of He-Man and the Masters of the Universe?

Alas, not all of us have a physique to match the mighty hero, so a nicely cushioned costume will just have to do. 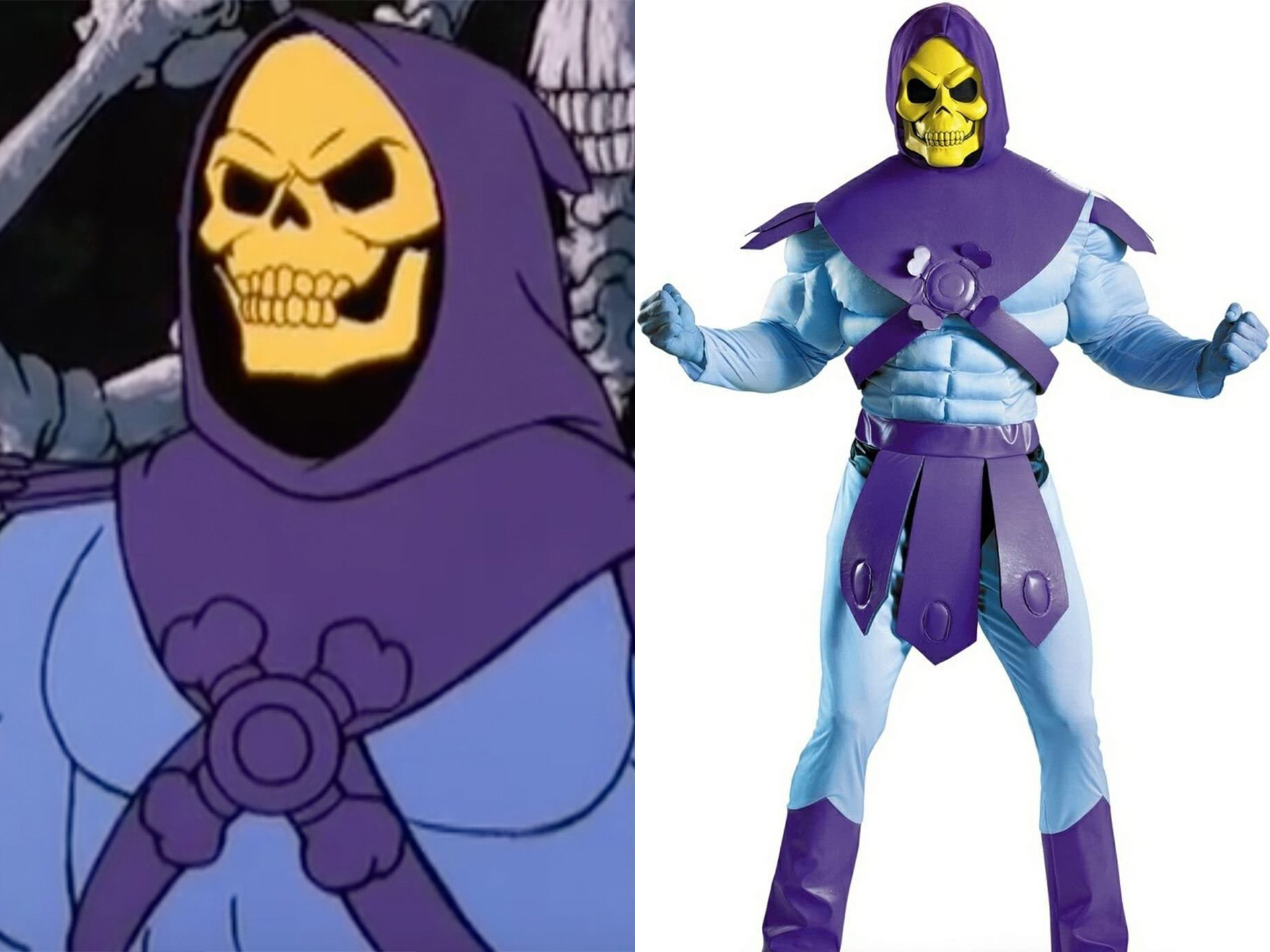 He-Man may be the most powerful man in the universe, but let’s face it – he’s nothing without his similarly muscular skull-faced adversary, the evil Skeletor.

As such, if one of your friends is going as He-Man, why not go as Skeletor just to bring the full package to the Halloween party? 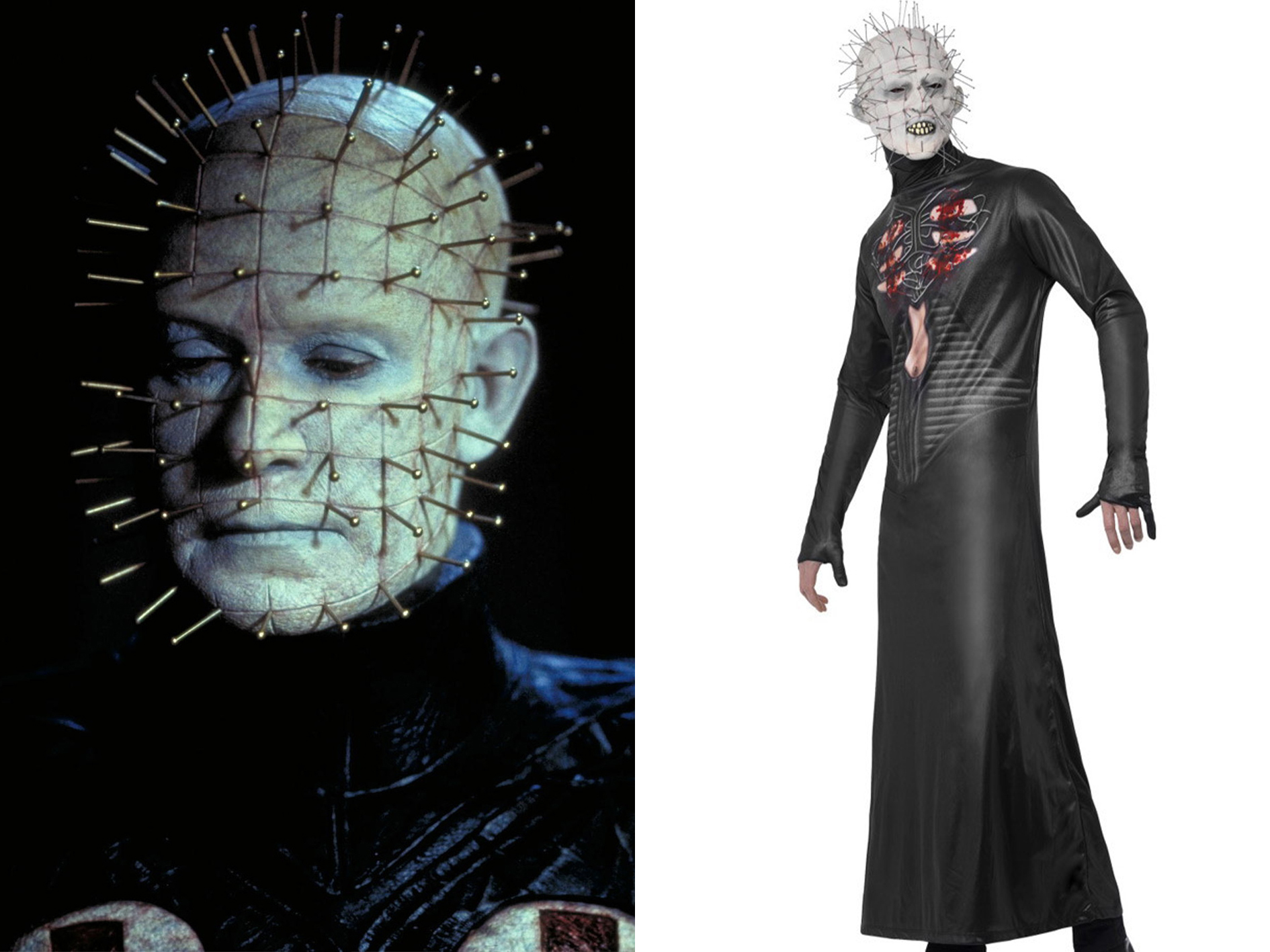 Another horror icon from our era, Pinhead of the Hellraiser series is instantly recognisable and simply terrifying to behold.

Just don’t go jumping out on anyone with a weak heart wearing this alarming ensemble! 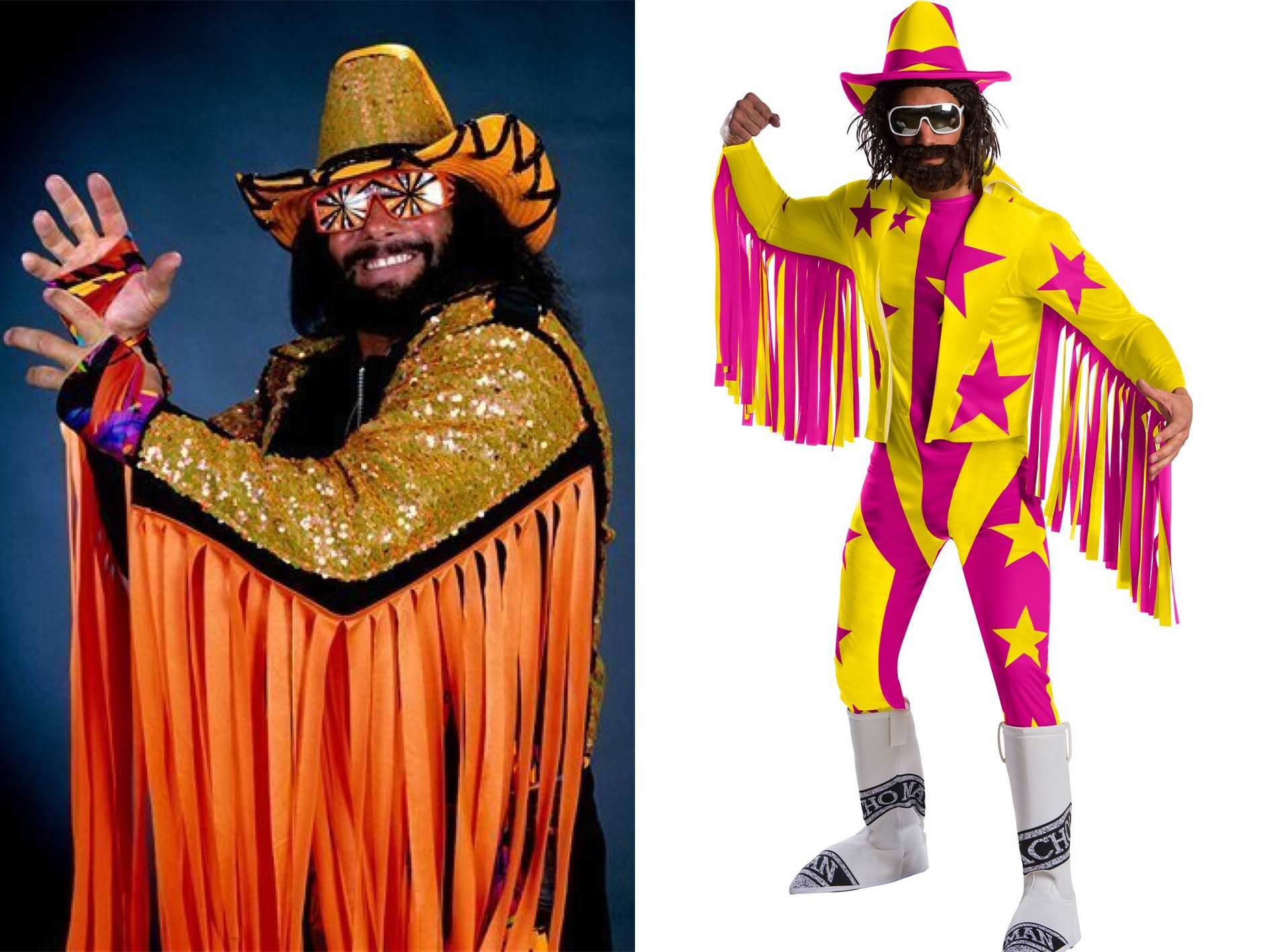 WWF (as it was then known) was simply massive when we were growing up, and all of its musclebound athletes were larger-than-life.

So, what better way to pay tribute to these heroes of our childhood than dressing as someone like Macho Man Randy Savage? 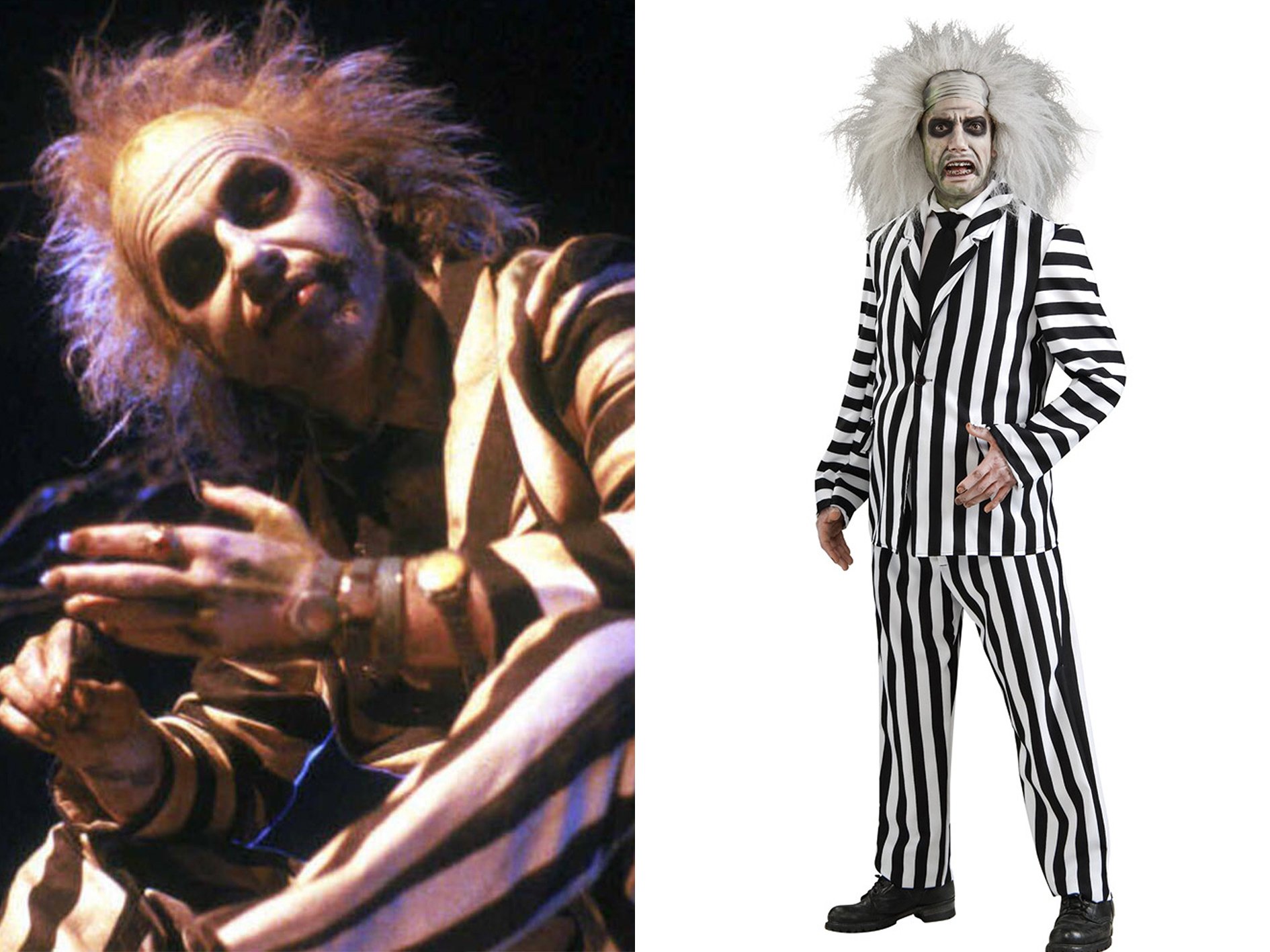 With his shock of white hair, dirty features and striking zebra-striped suit, there’s no mistaking Beetlejuice when you see him!

Of course, we’d be impressed if anyone at your Halloween party could bring anywhere near as much gusto to the role as Michael Keaton did. 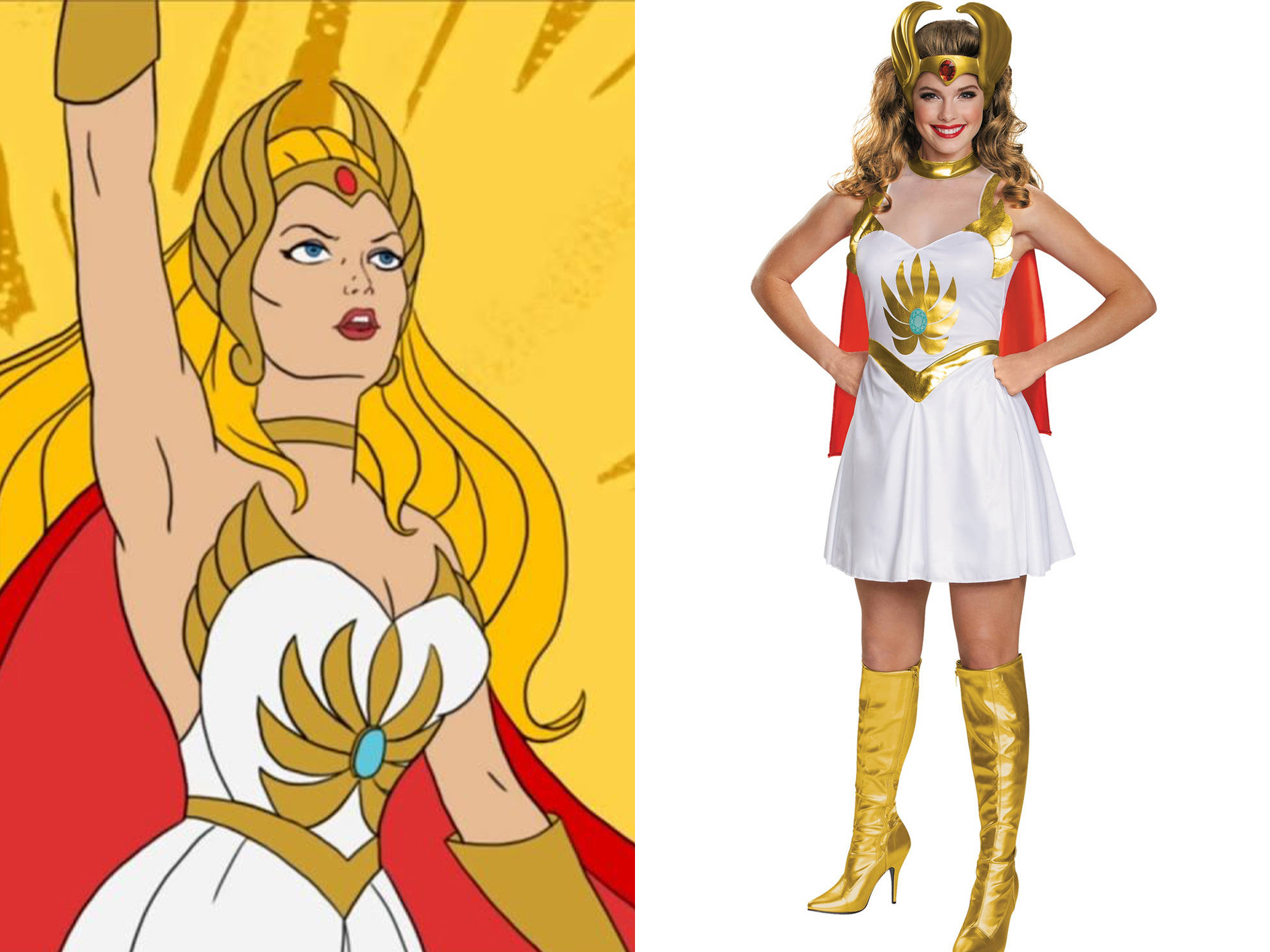 The recent Netflix series presented a significantly different take on He-Man’s equally powerful sister, for a new generation of viewers.

That’s fine, but all of us old 80s kids still love the original Princess of Power most of all – so who better to get dressed up as for Halloween? 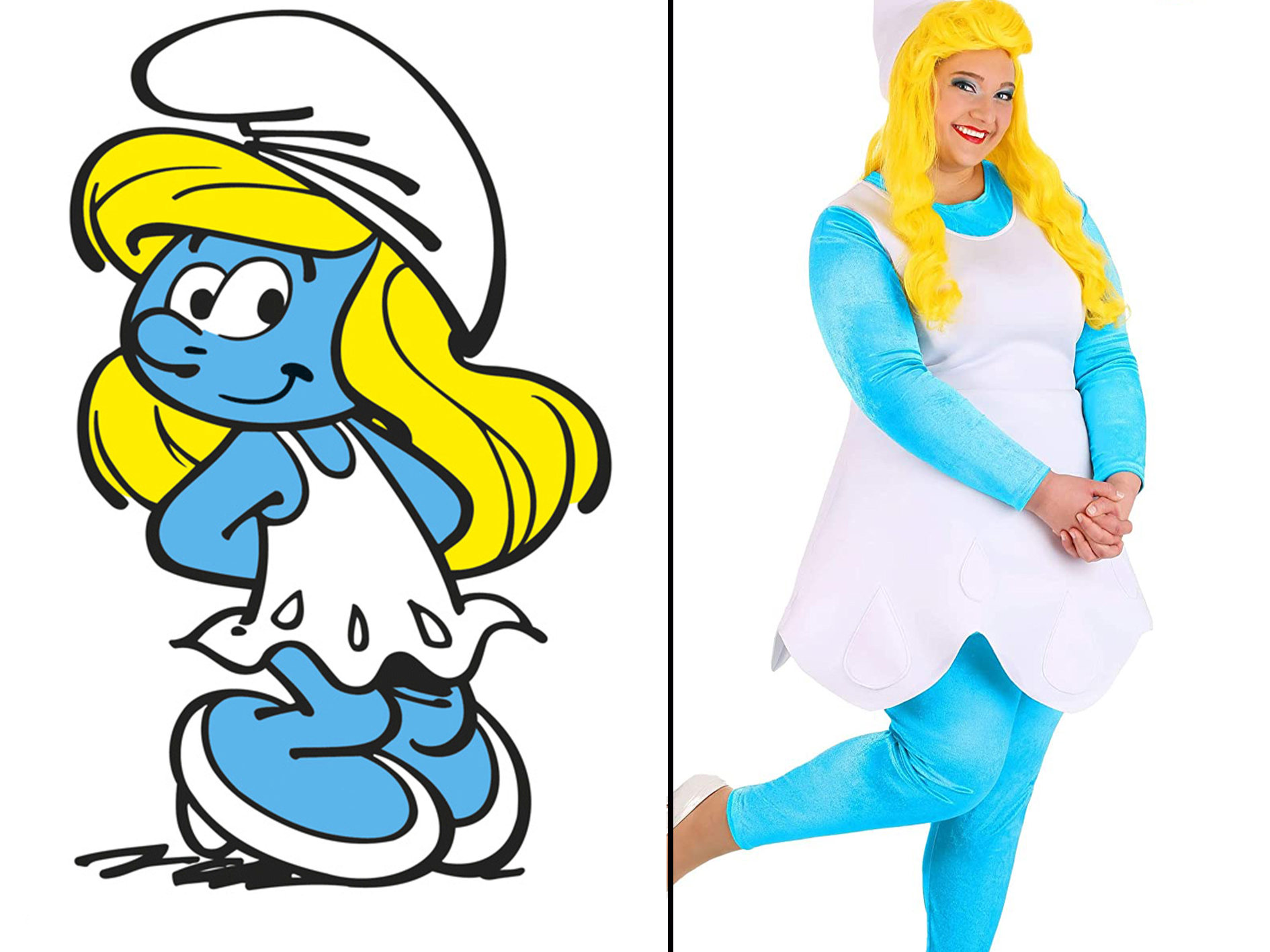 Whether it’s from their original comic strips, their beloved TV cartoon series or the more recent live-action/CGI movies, every generation knows and loves the Smurfs.

Why not get dressed up as the lone female Smurf for Halloween? Just be prepared to have a lot of people ask, “why so blue?” 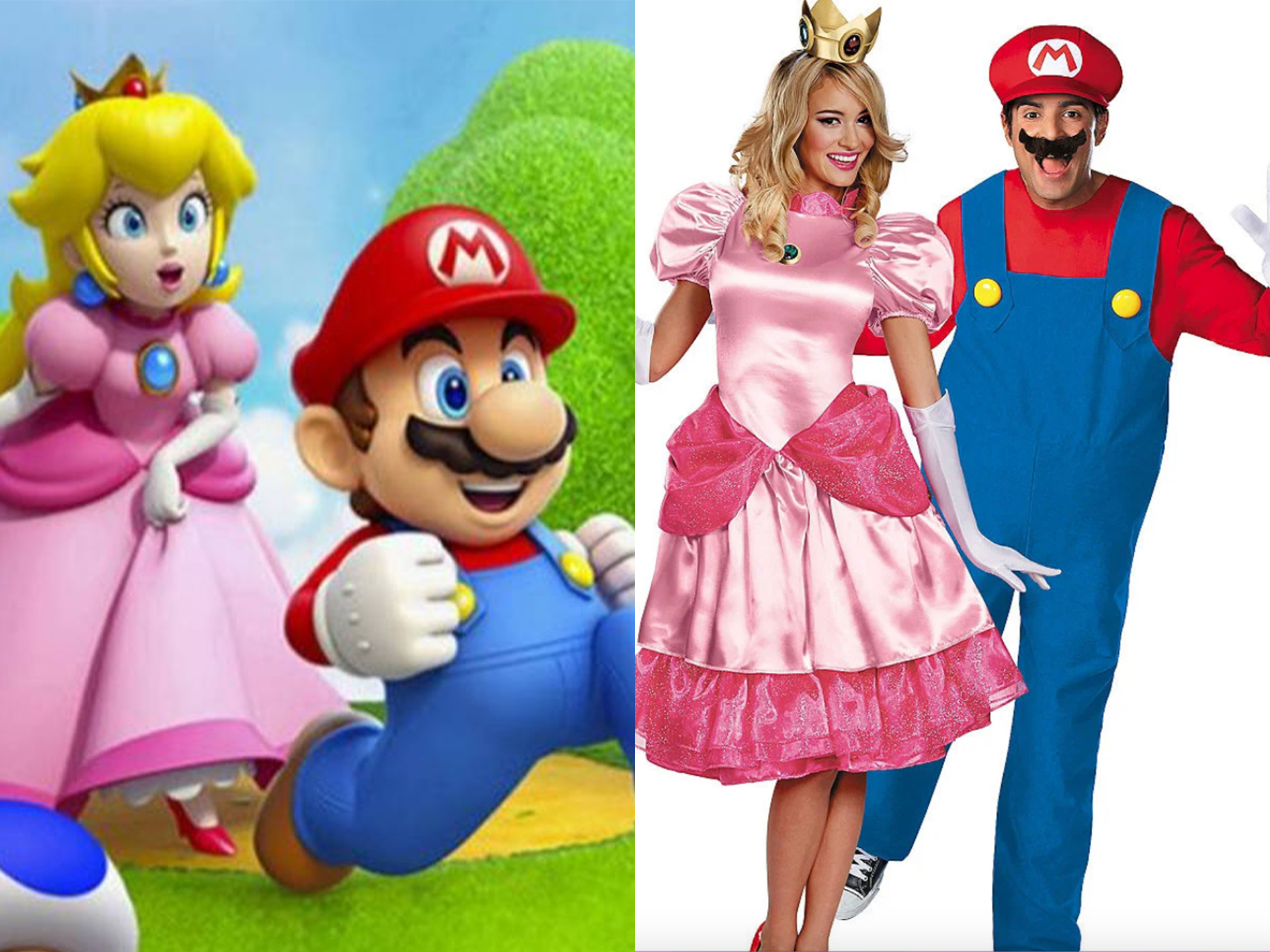 Going out as a couple? Why not go as the hero and heroine of Nintendo’s classic video game series Super Mario Bros?

Of course, should Mario ever lose track of Peach at the party, we’re sure some wisecracker will tell him, “your princess is in another castle!” 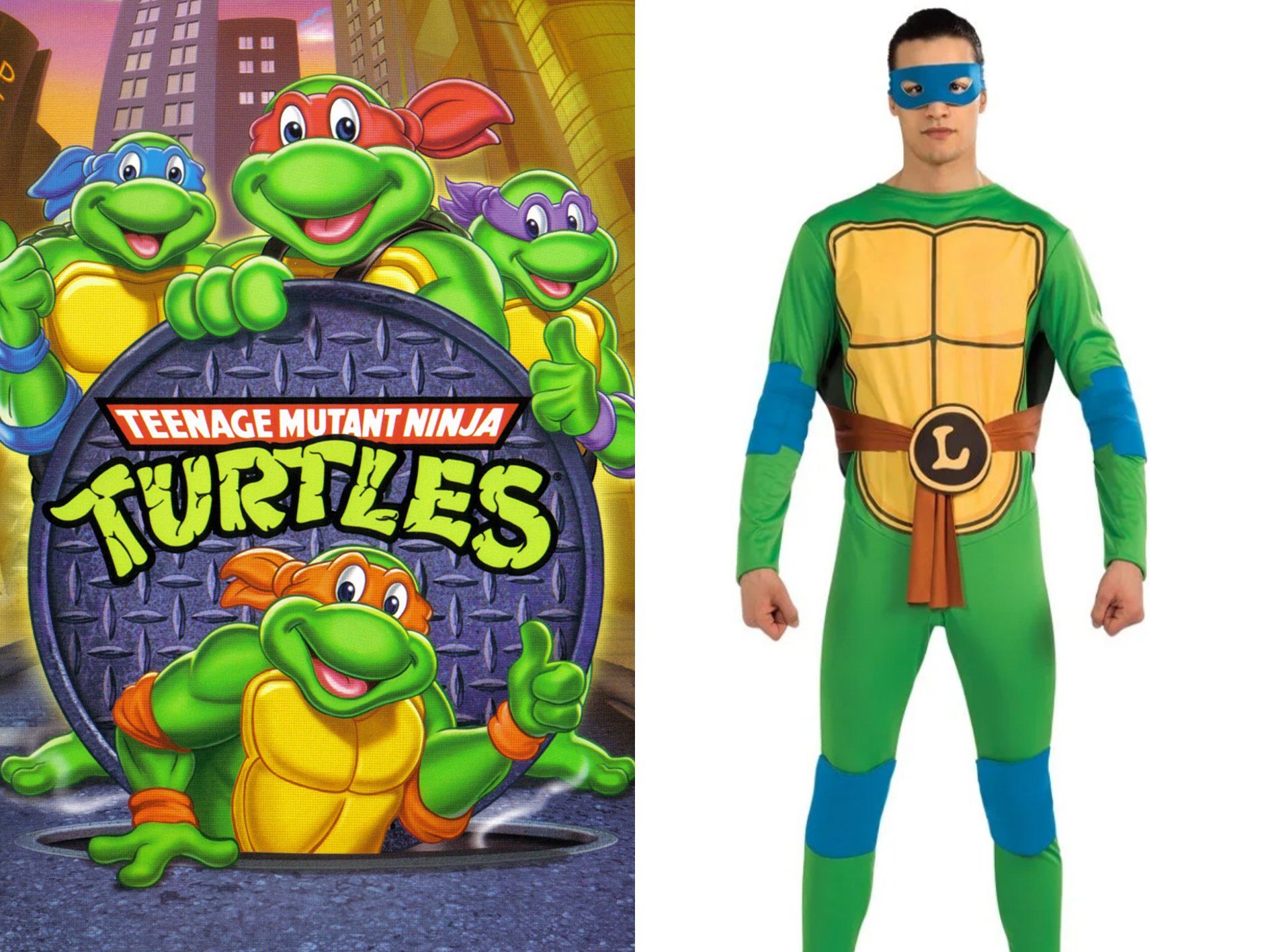 Cowabunga, Dude! Whether you knew them as the Ninja Turtles, or as the Hero Turtles in the territories where the original cartoon was censored, we all grew up loving the heroes in a half shell.

So why not don this little beauty and go as your favourite member of New York’s sewer-dwelling martial artist quartet? 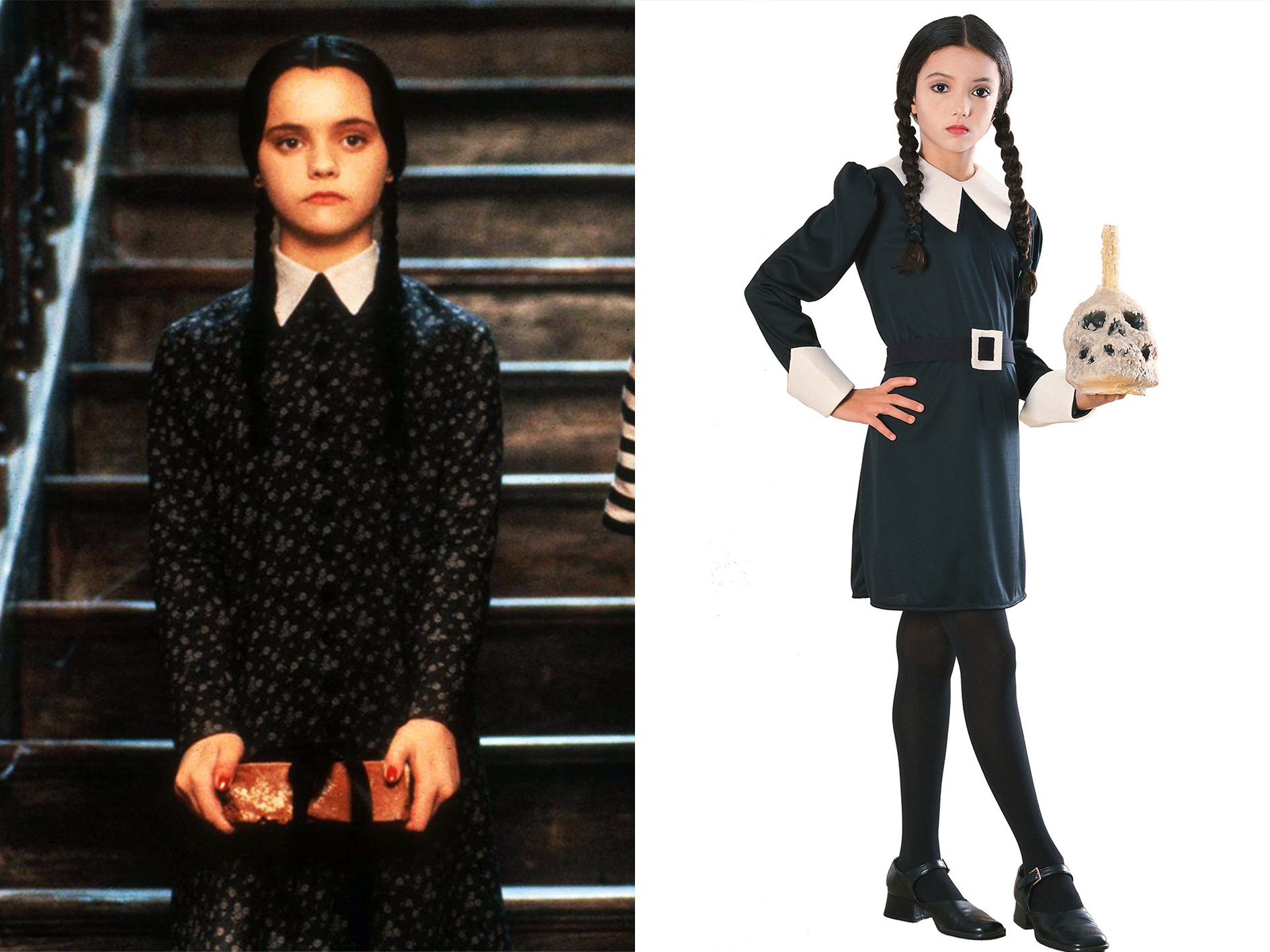 The teenage daughter of the Addams Family, Wednesday has an iconic look that really lends itself to Halloween.

If you choose to go as Wednesday, just remember Christina Ricci’s signature performance, and never, ever smile! 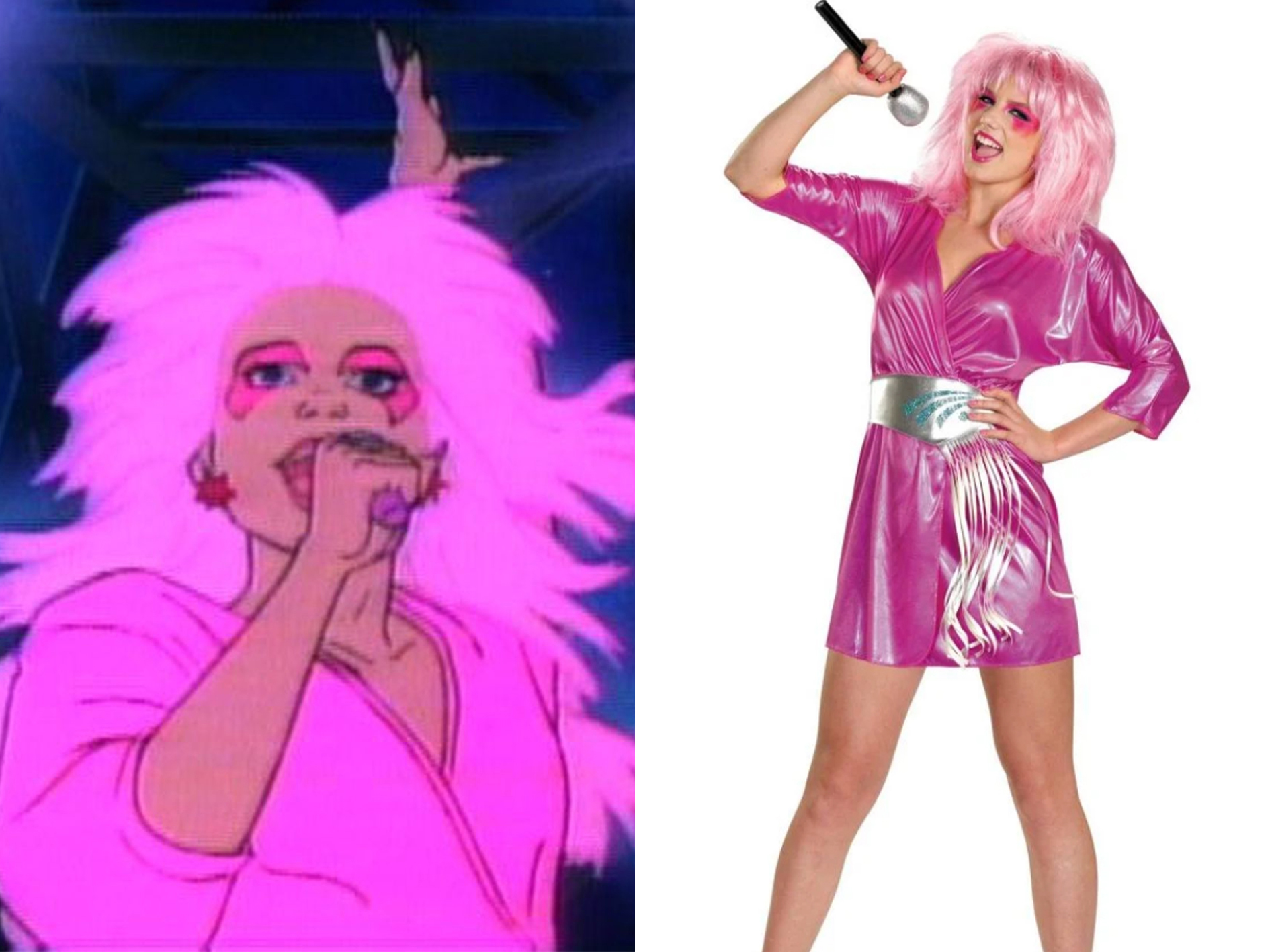 Jem and the Holograms was one of those classic shows that summed up the era all in one go with synth-pop and big hair all in one place! 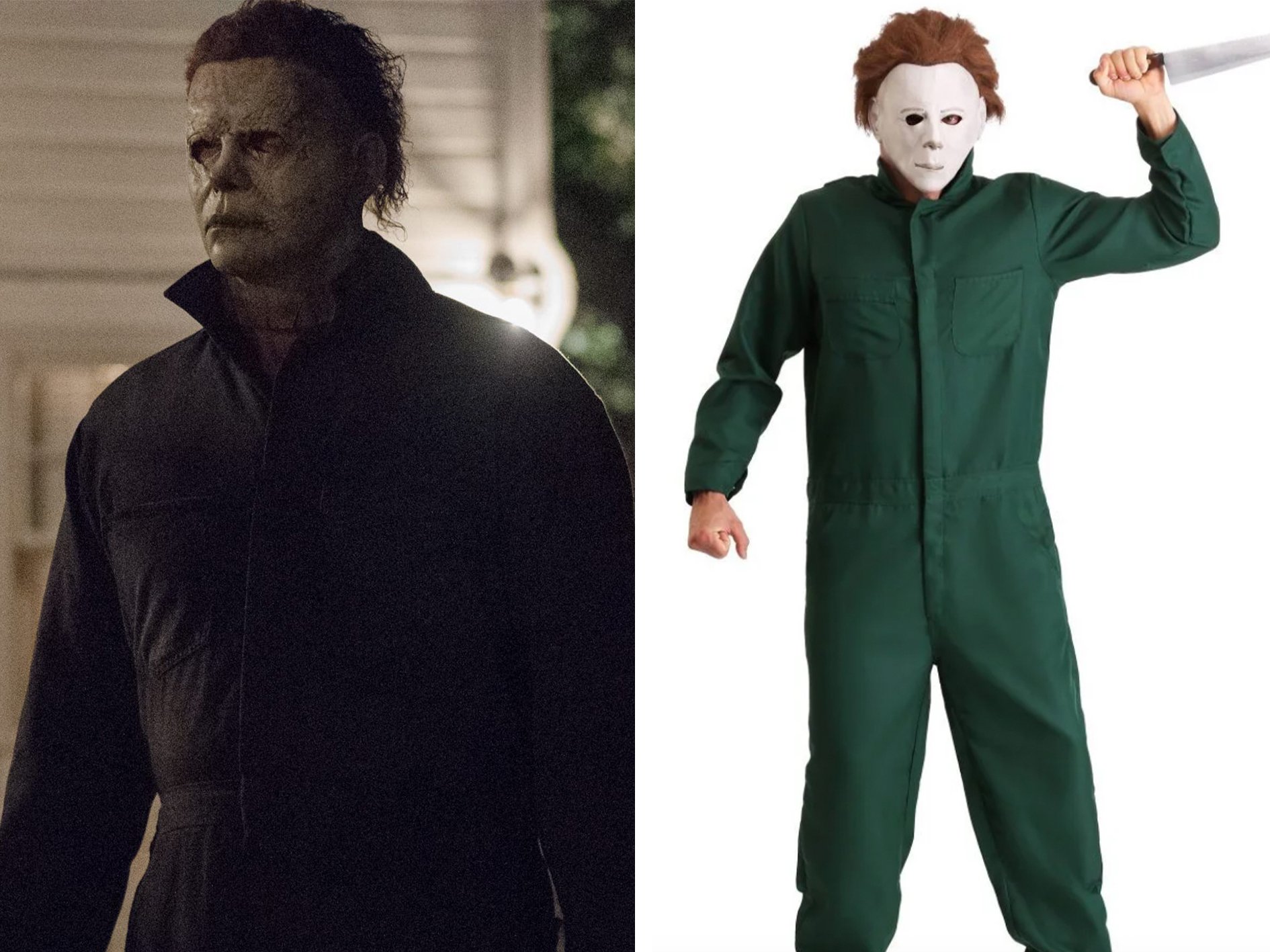 Well, duh. He’s the central figure in the movie series called Halloween, so obviously Michael Myers is a go-to choice for Halloween dress-up!

One of the most iconic looks of any movie villain, that blank white mask is as sinister today as it has ever been.