We don’t know about you, but as children we absolutely loved collecting things, and we were lucky in that there were many collectible toys and items available for us to spend our hard-earned pocket money on.

Below are 22 of our very favourites, but we know you will have your own, so please do let us know what they are. 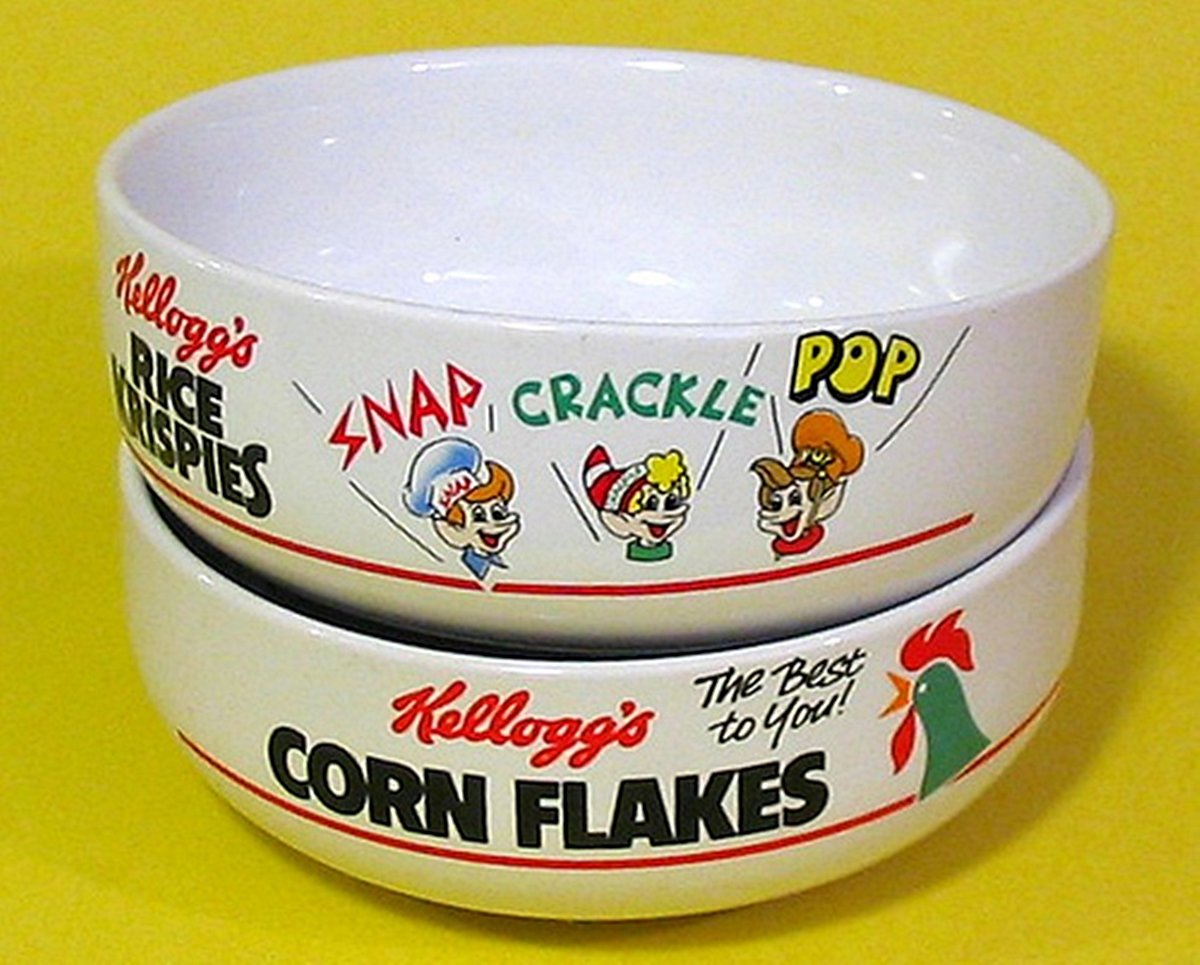 Now available for a pretty penny on Ebay, these bowls have got far too plastic and flimsy over the years.

Did you have the whole set, and who was your favourite, Snap, Crackle and Pop, Coco the Monkey or Tony the Tiger?

Of course there were the popular football sticker albums, but we remember many other Panini collections.

These include He-Man, ThunderCats and Garfield, along with every big film and Disney release during the era – parents’ pockets were hit hard! 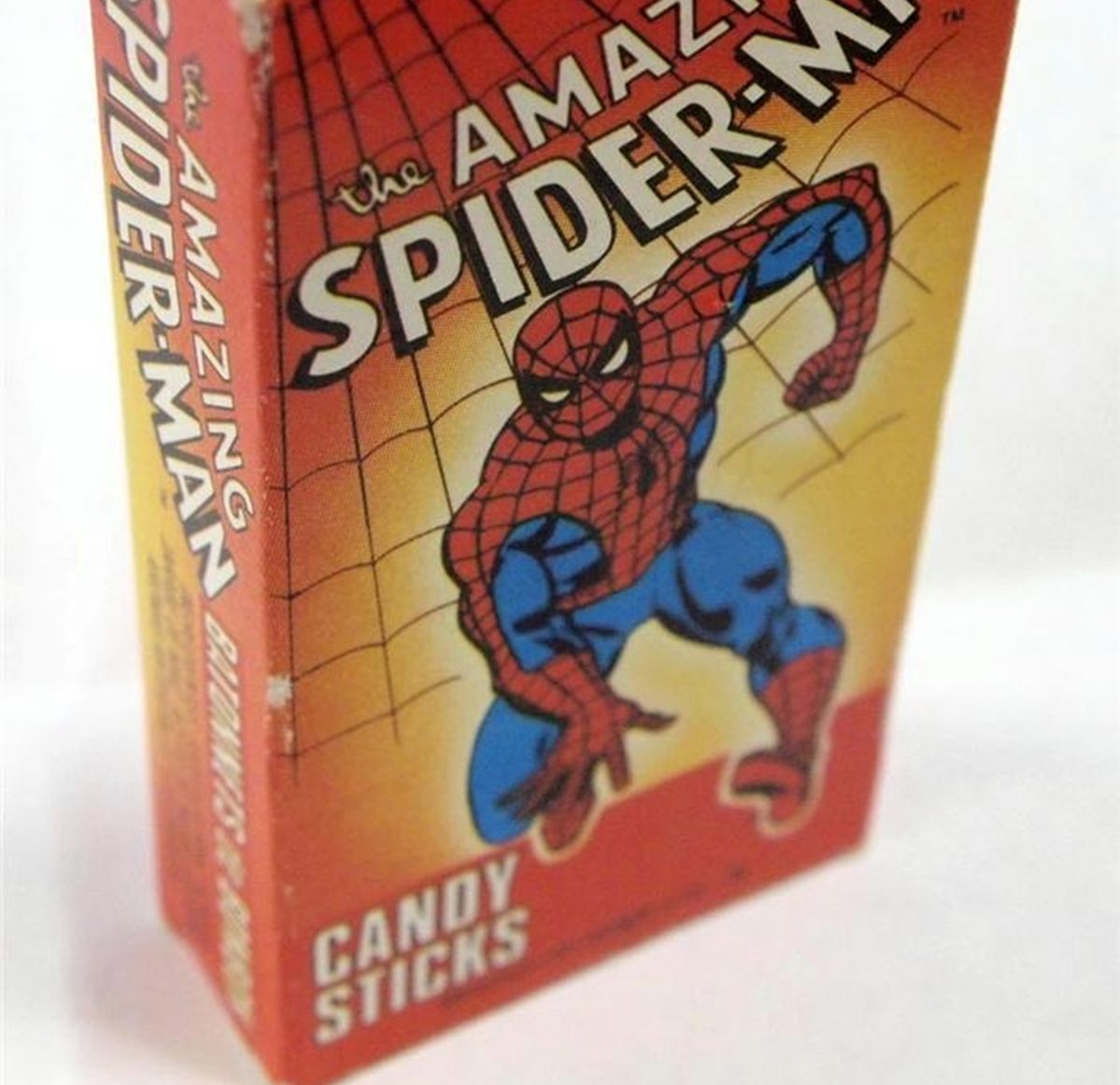 These were fantastic to collect, and it also helped that they came with some tasty ‘cigarettes’ that we pretended to smoke to make ourselves look cool!

As the years passed, various characters were used on the packs. Which do you remember getting? 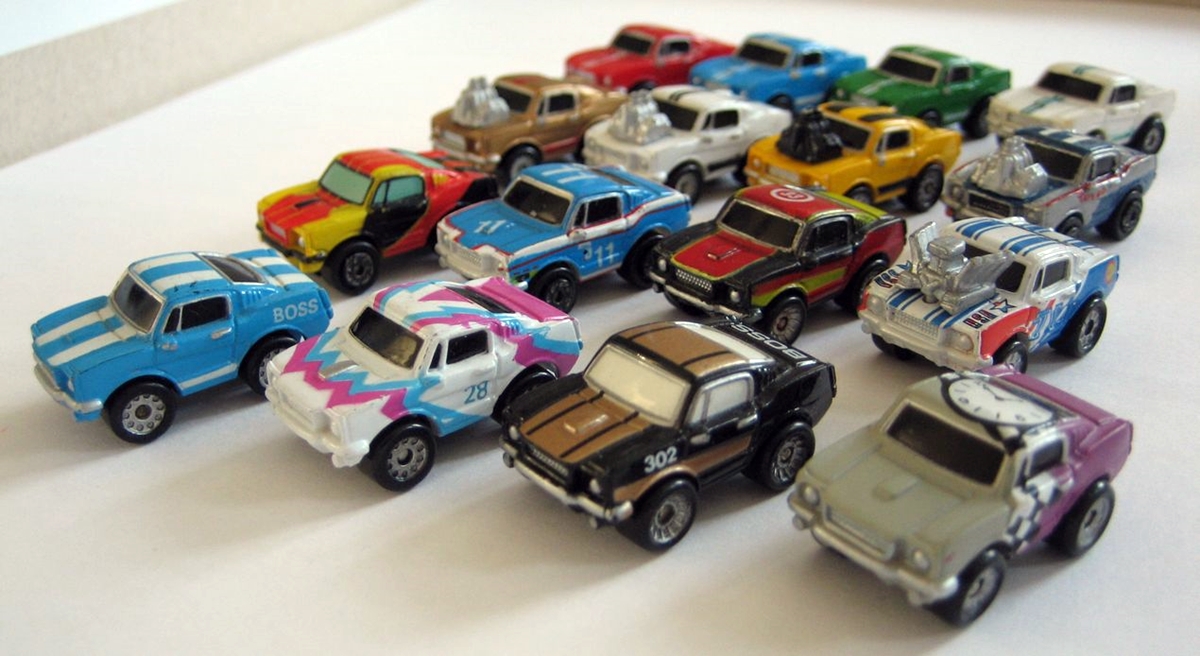 These were fab, but we must have lost 50% of our collection down the back of the sofa or in a random drawer somewhere.

Then there was always the car with the engine jutting out the bonnet, or the high spoiler on the back – you know the ones I mean, as they were the ones that suddenly appeared when you were walking barefoot and stood on them… Ouch! 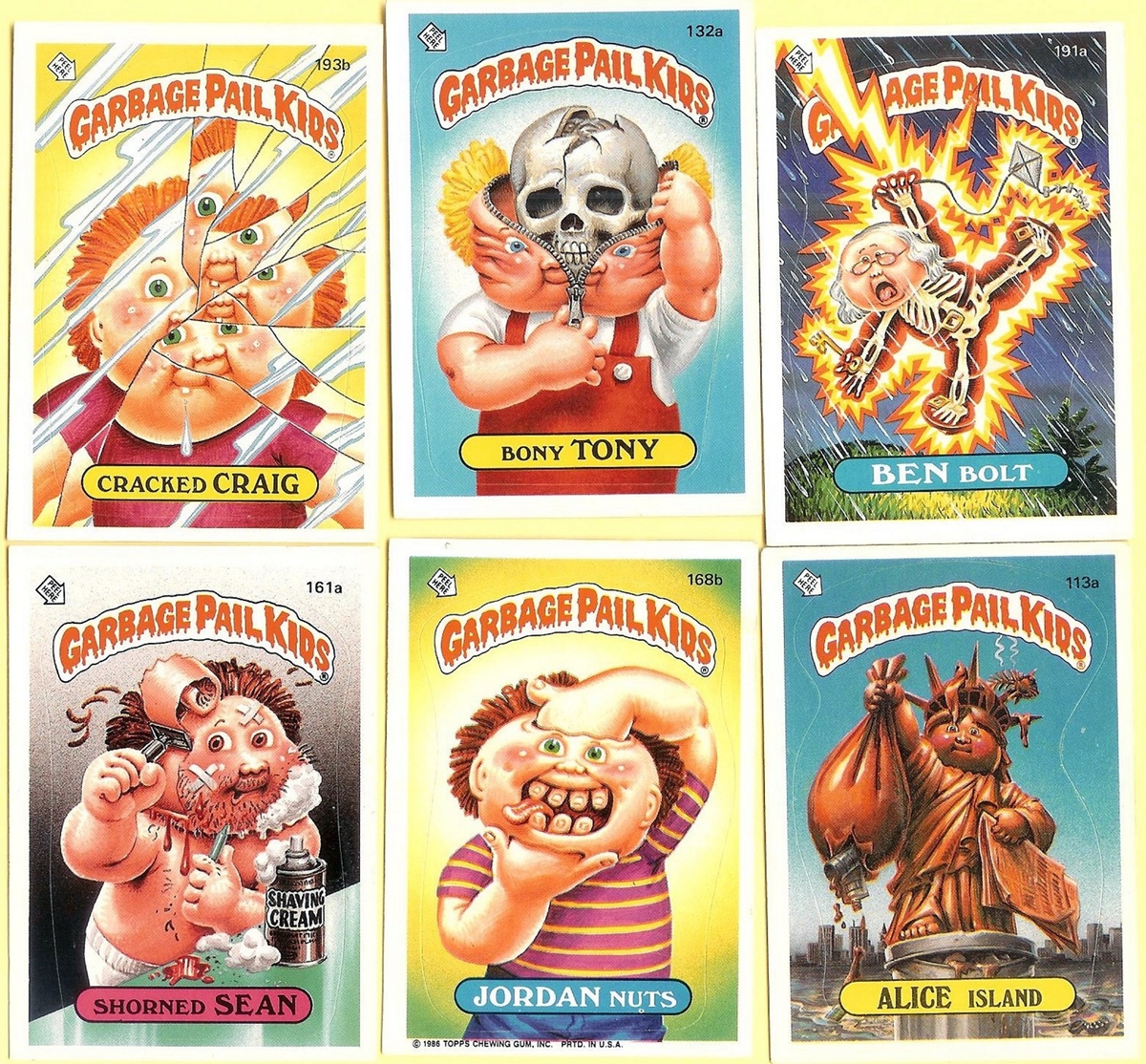 These cards were disgusting and so extremely popular with boys especially.

We really shouldn’t have been allowed to collect these at such an impressionable age, but they were very inventive, and even better now in a way as we’re old enough to understand more of the references on the cards. 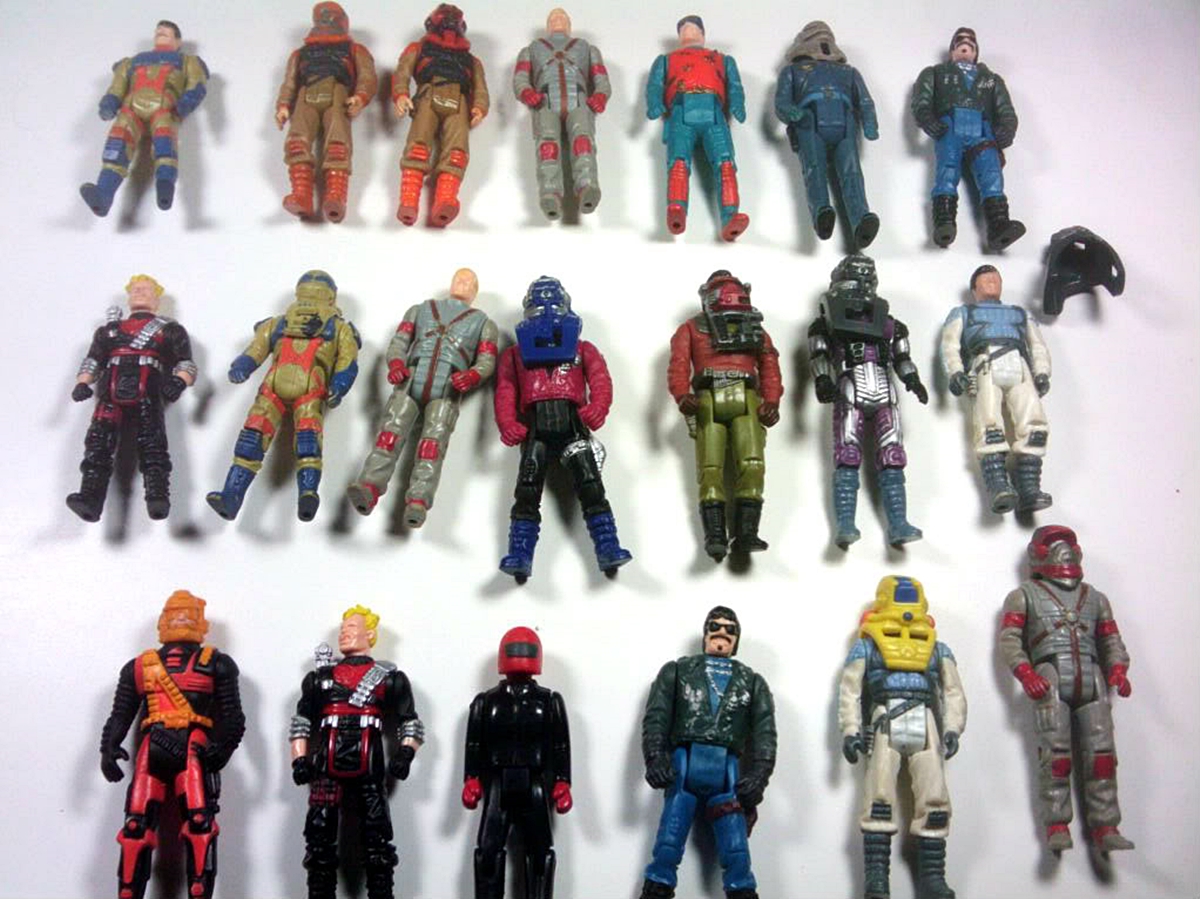 From M.A.S.K. to Star Wars, the more characters we owned, the better we could act out some epic story-lines.

Did you stick to one set, or would He-Man join forces with Luke Skywalker to battle against Darth Vader and Skeletor? 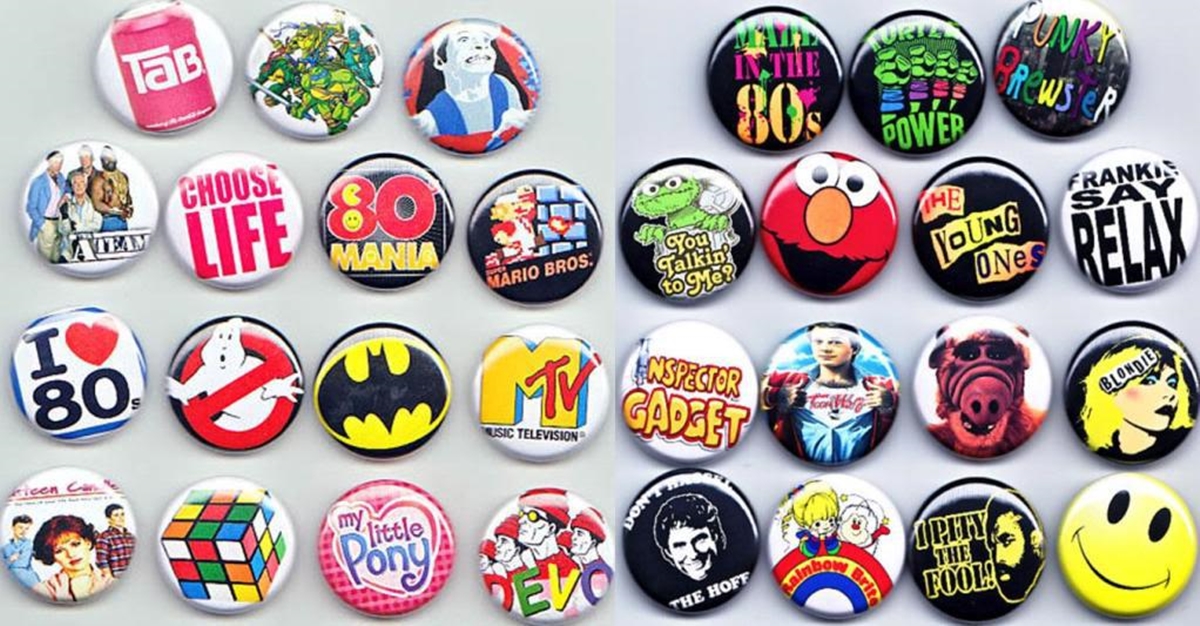 Back in the day our bags and sometimes coats were covered in these little things, with some of our friends owning hundreds.

You got them free with magazines, on birthday cards, and could always buy some when you were on holiday with the family as a memento, did you have many of these? 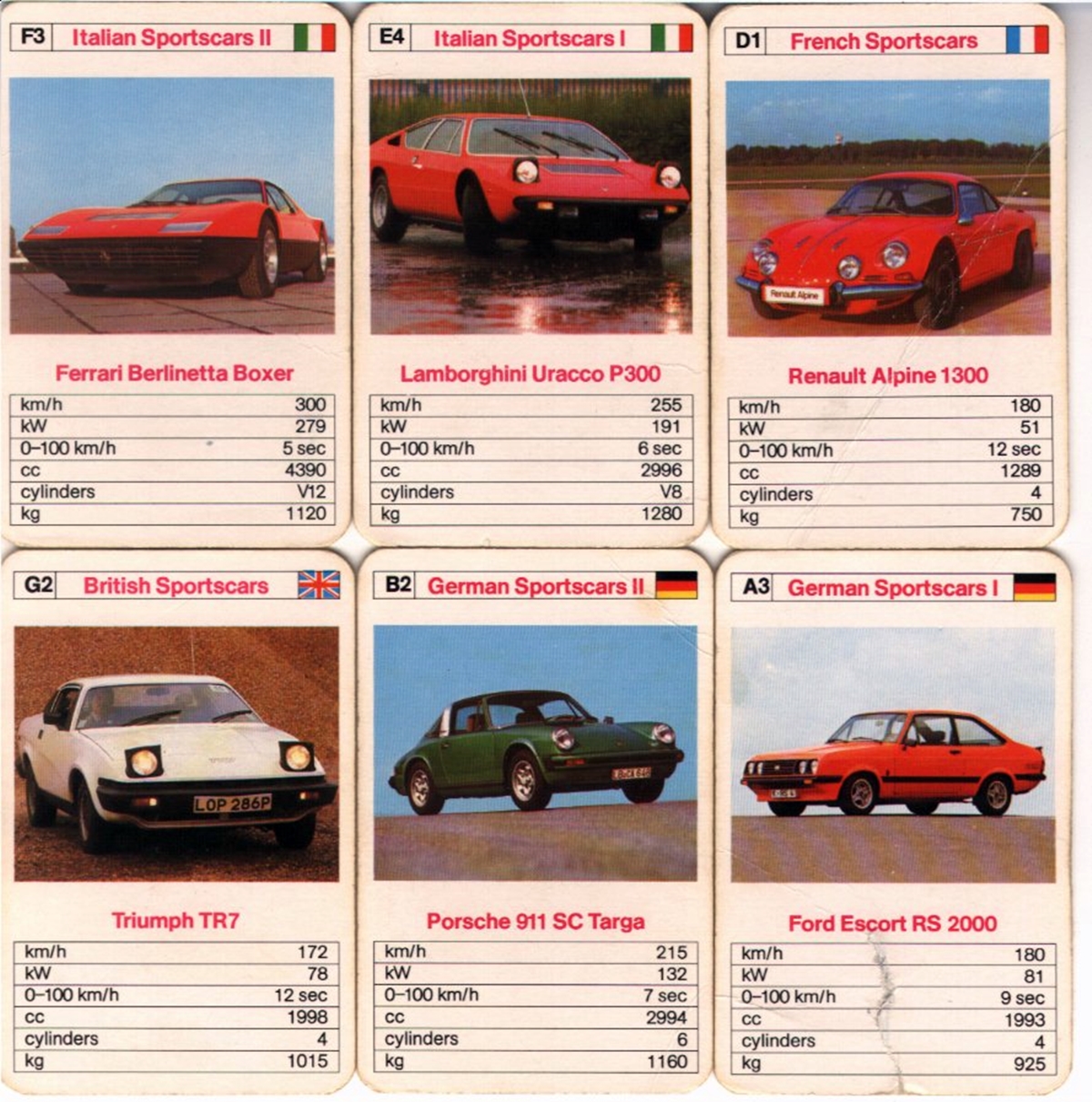 Extremely popular and coming in many different forms, Top Trumps let us compare anything from cars to superheroes.

In the 80s, particularly popular were the Marvel comics characters and the WWF wrestling crew! 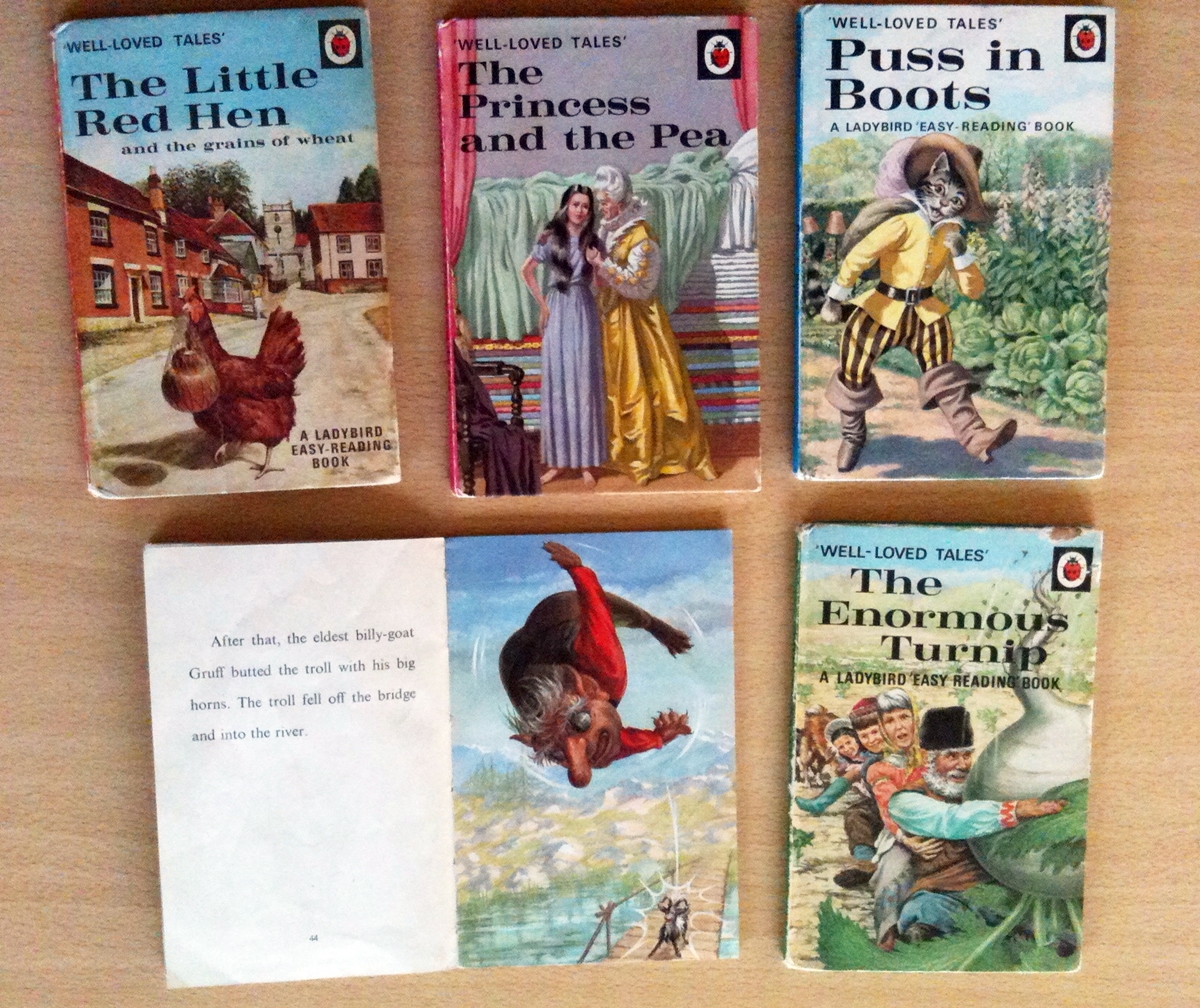 Which was your favourite Ladybird book? Personally we loved The Magic Porridge Pot.

“STOP magic porridge pot STOP!” And as for Stone Soup – what a recipe, did you ever try making it? 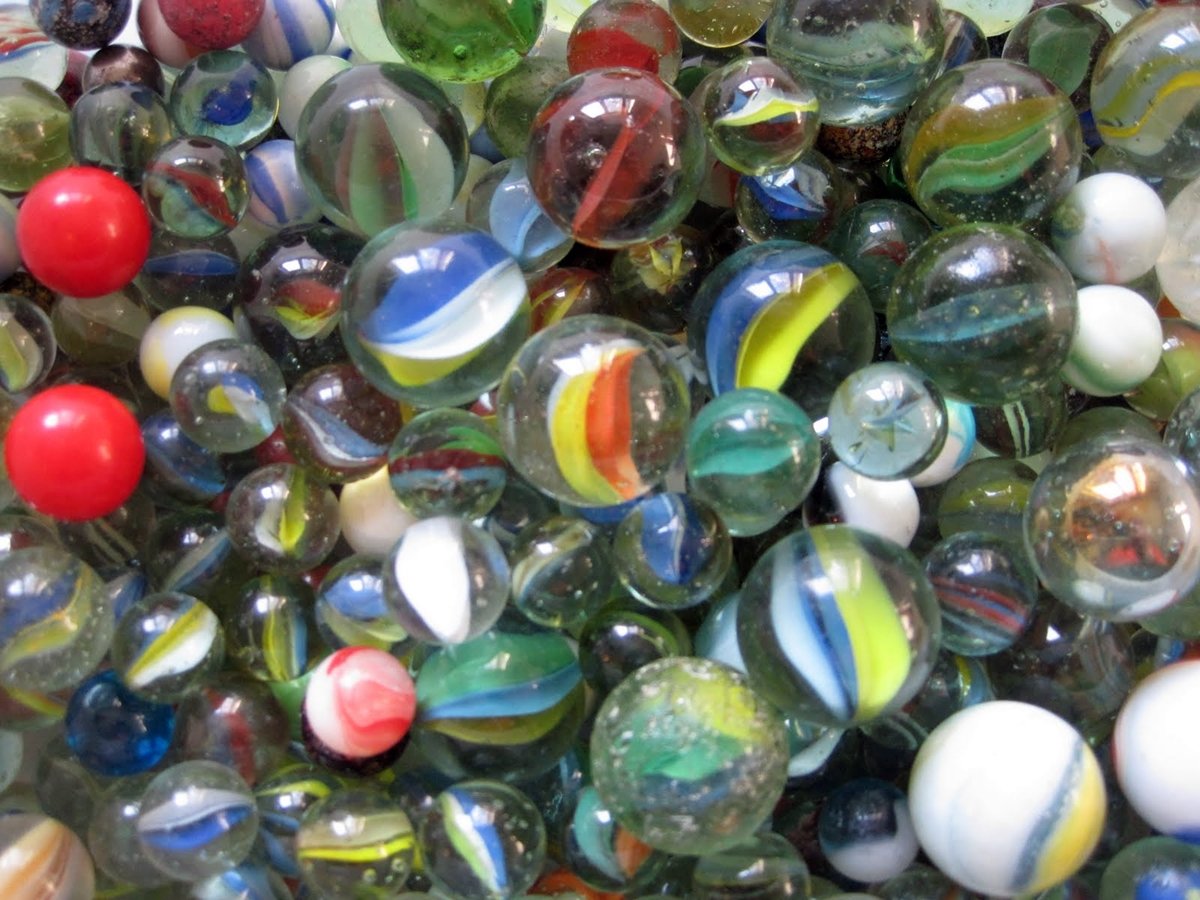 These were highly collectible and coming in a variety of lovely colours and sizes, but losing your prized marble on the playground in a hard fought game was extremely stressful. 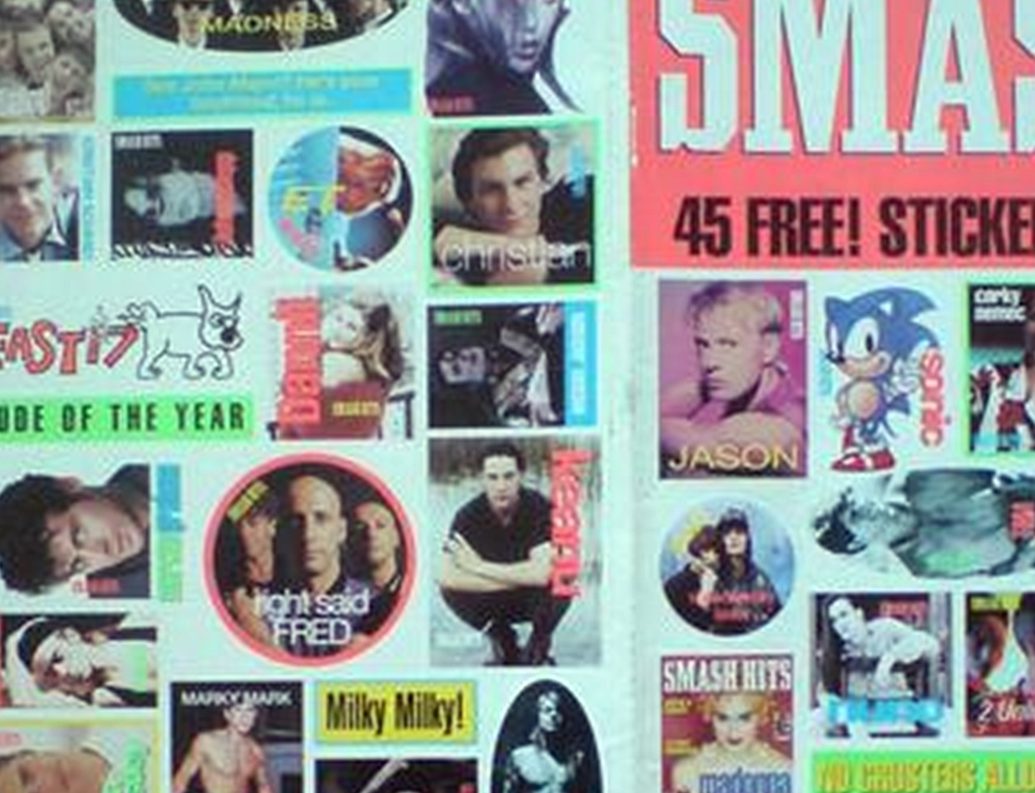 Most of our sticker collection came as free gifts on the front of magazines, and we remember sticking Kylie and Jason to the head of our bed.

Did you have pop stars all over your wardrobe, or was yours covered with Sonic, Mario and other video game greats? 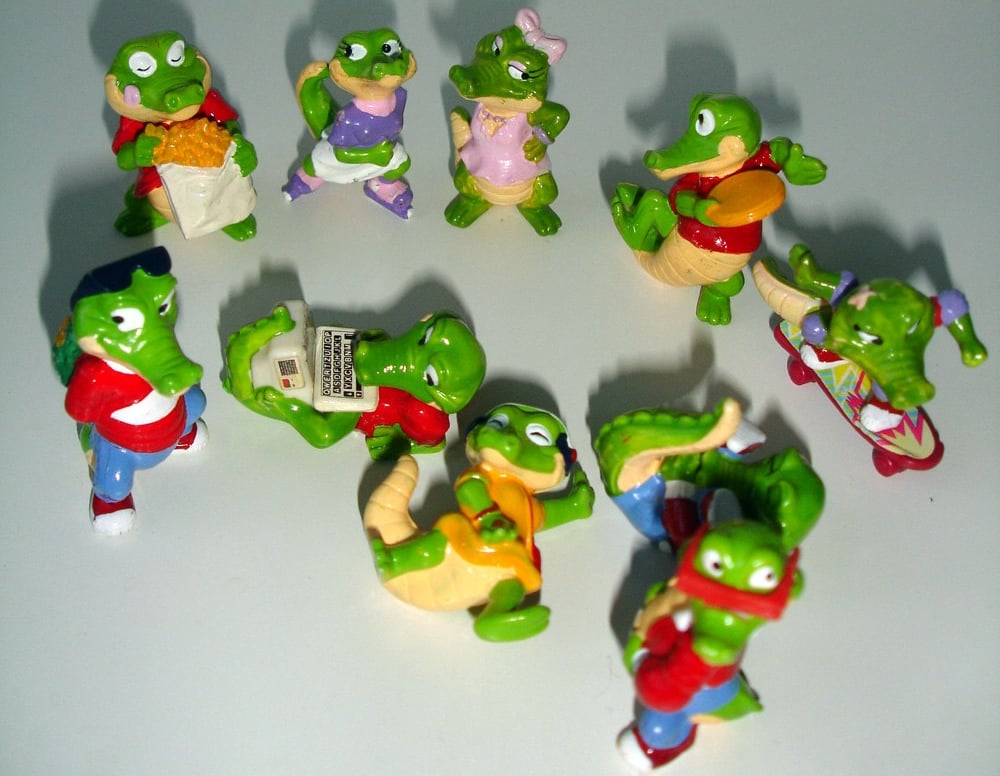 The Kinder Surprise Egg chocolate itself was wonderfully delicious, but it was opening the surprise itself that filled us with the most anticipation and excitement.

Over the years they had many different special sets to collect, who can forget the Smurfs and the collectible Turtles they released? 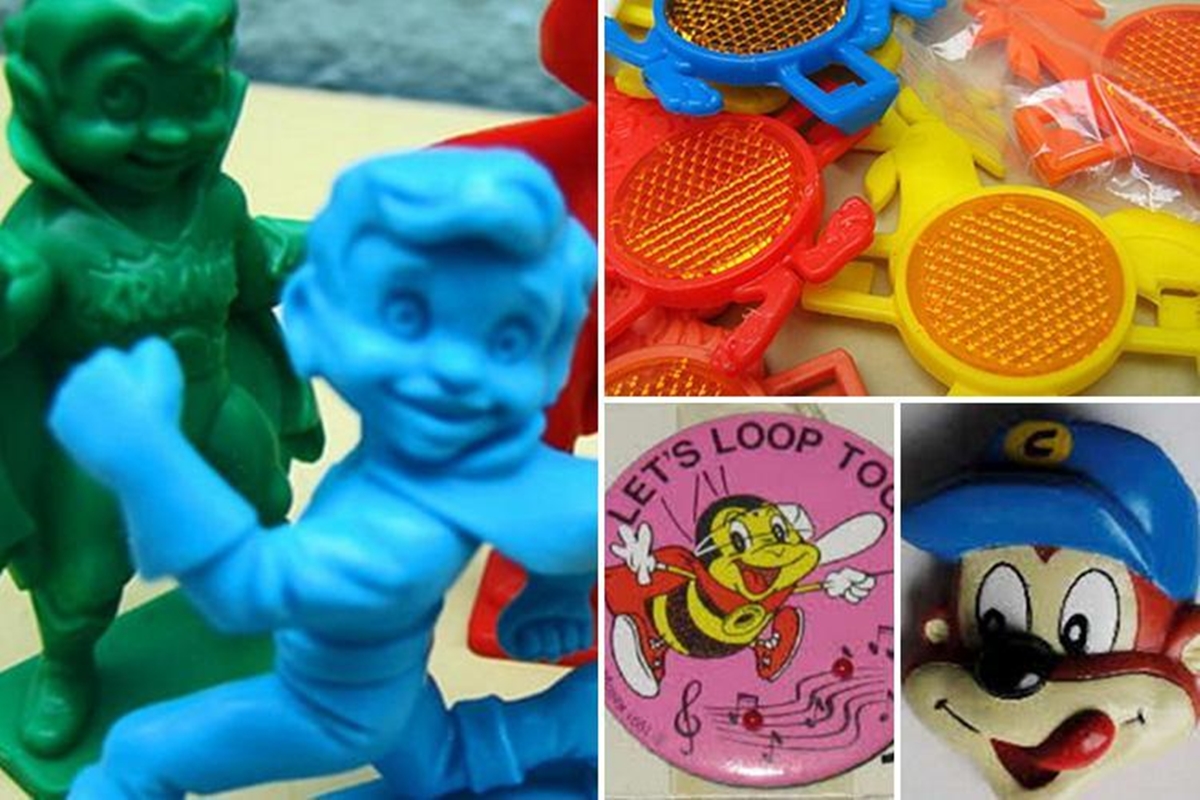 You can’t have forgotten the joy of opening a brand new cereal packet, when you rushed to beat your sibling to whatever toy it was that would come wedged on the inside.

9. Monster In My Pocket 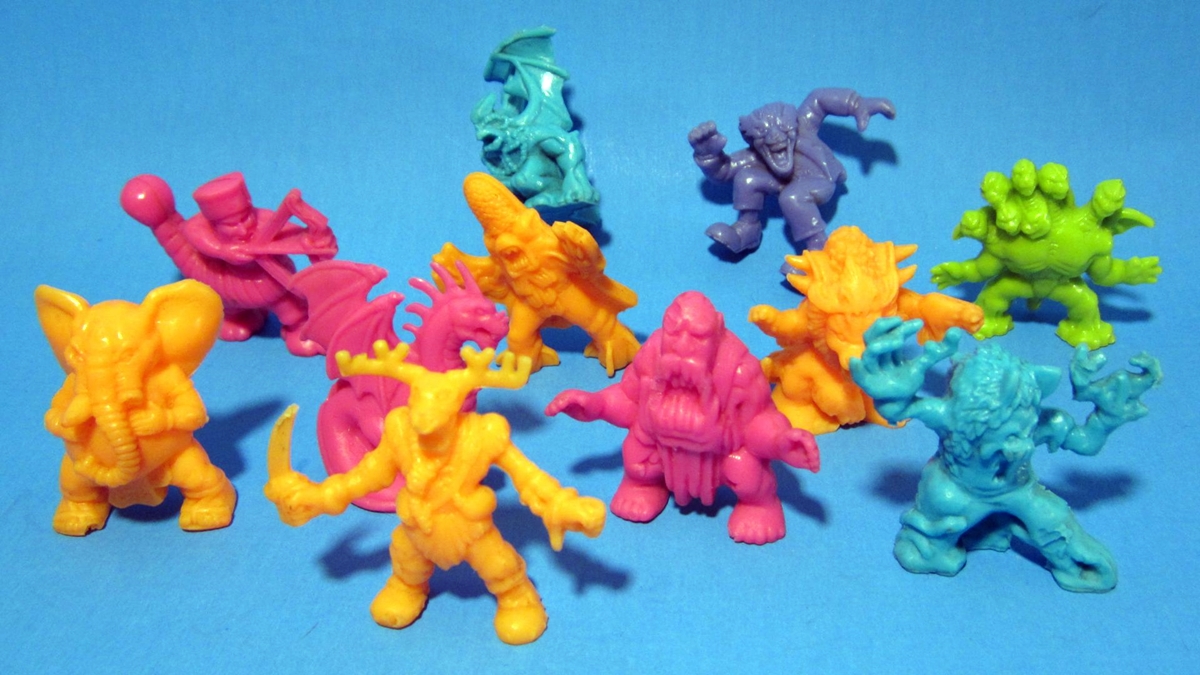 Because who wouldn’t want to own a collection of these grizzly looking monster creations?

More than just Frankenstein and Dracula, there were some very weird, wonderful and unusual entries drawing on inspiration from monsters and myths from around the world. 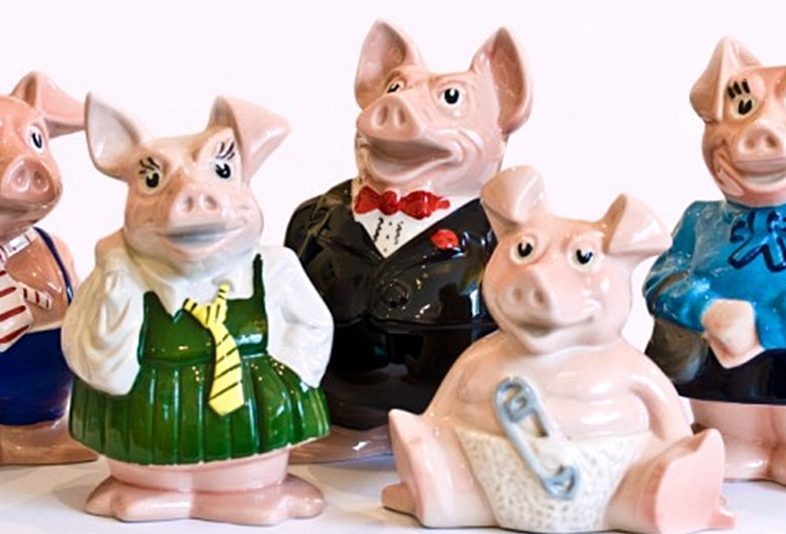 Do you remember which bank you collected these from?

It was Natwest, and we bet that seeing them again has filled you to the brim with nostalgia. Did you have any, and were they just on show, or did you actually have some money in them? 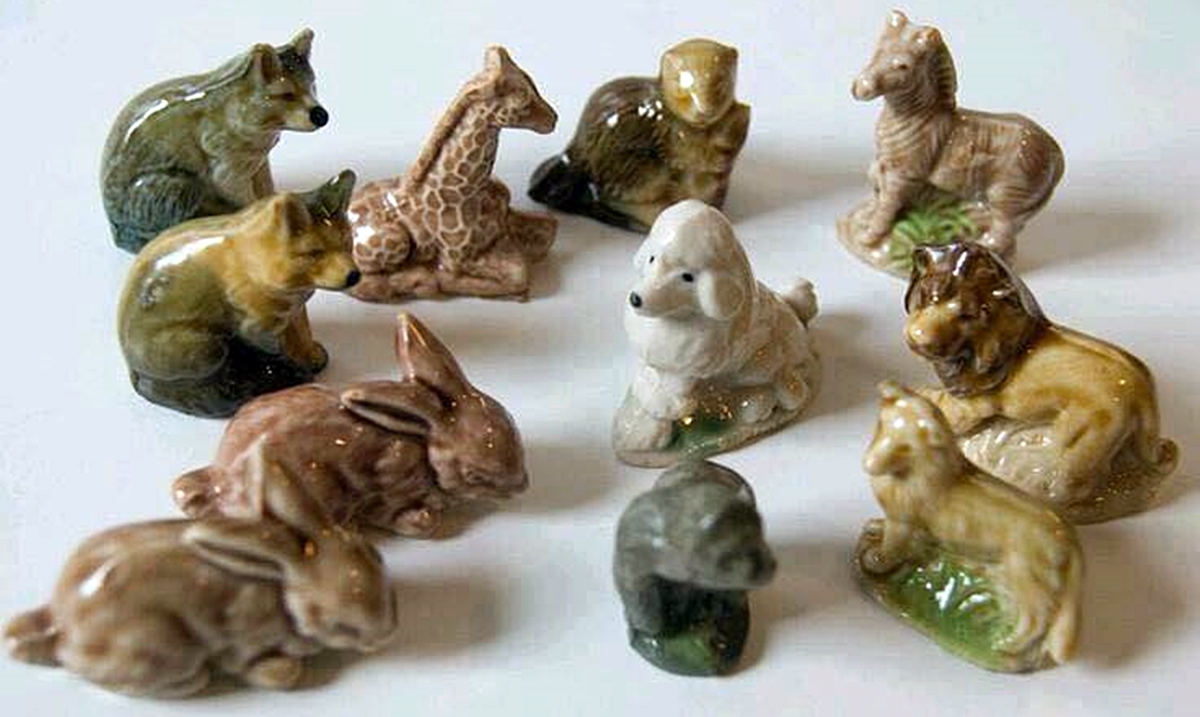 These were really popular back during our childhood, and looking back now we can see why, as they look so lovely and adorable.

Not one for playing with, but they made a lovely display that was almost calming to sit and look at. 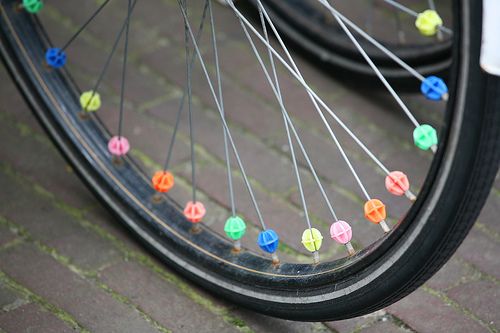 Anyone who had a bike in the 80s or 90s probably had some kind of collectible on their spokes.

Whether it was some kind of reflector, or something that made a “clacking” sound as you rode, these were real playground status symbols!

These were a massive thing in the 80s and early 90s, largely due to the Silver and Gold special edition yo-yos you could win with Coca-Cola.

That made these a very popular toy that everyone had at least one or two of. 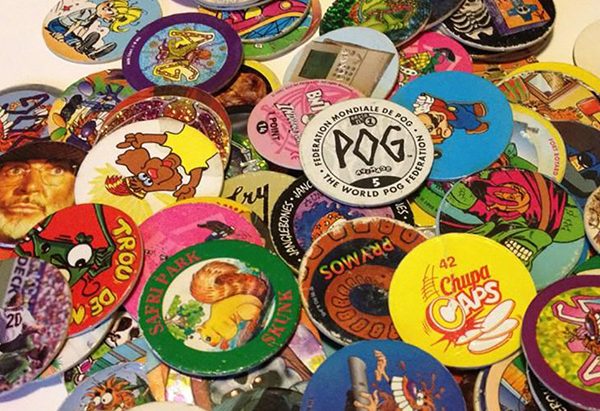 Mainly collected through Walker’s Crisps these were one of the biggest sensations in the school playground for a couple of years.

Some people took collecting them very seriously and had a folder filled with them! 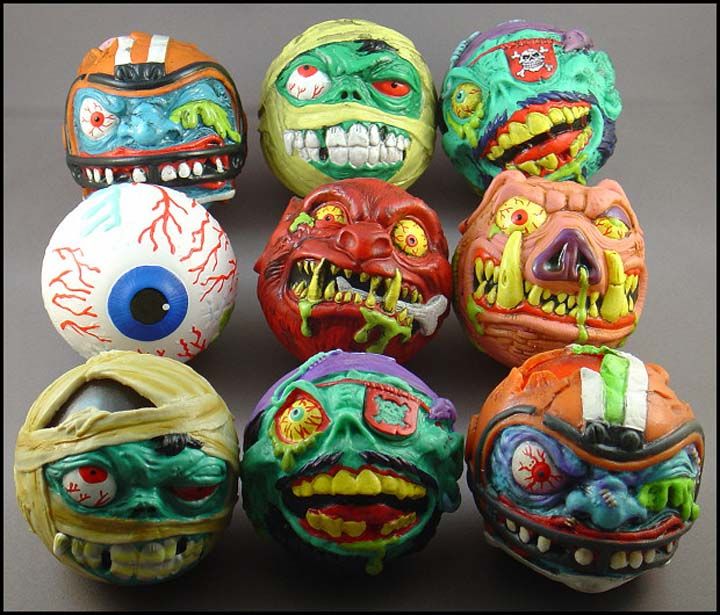 These looked awesome! Based loosely on popular monsters such as Frankenstein, Dracula and The Mummy, having a few of these in your bag at school gained you instant respect with your schoolmates!

At least until you threw them at someone as these were not soft! 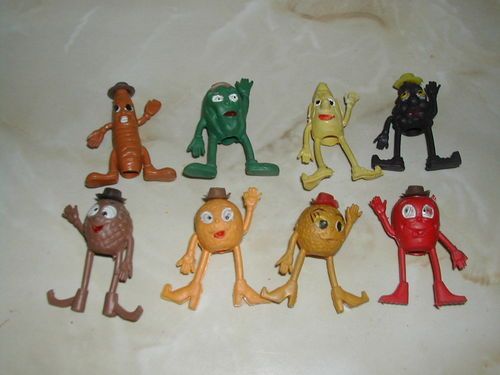 How many pencil toppers did you own? Some people would have a different pencil topper at school with them every day of thew week and still have some you had never seen.

Did you have one of the rubber monsters with the funny arms? They were very popular at one point and everyone had them! 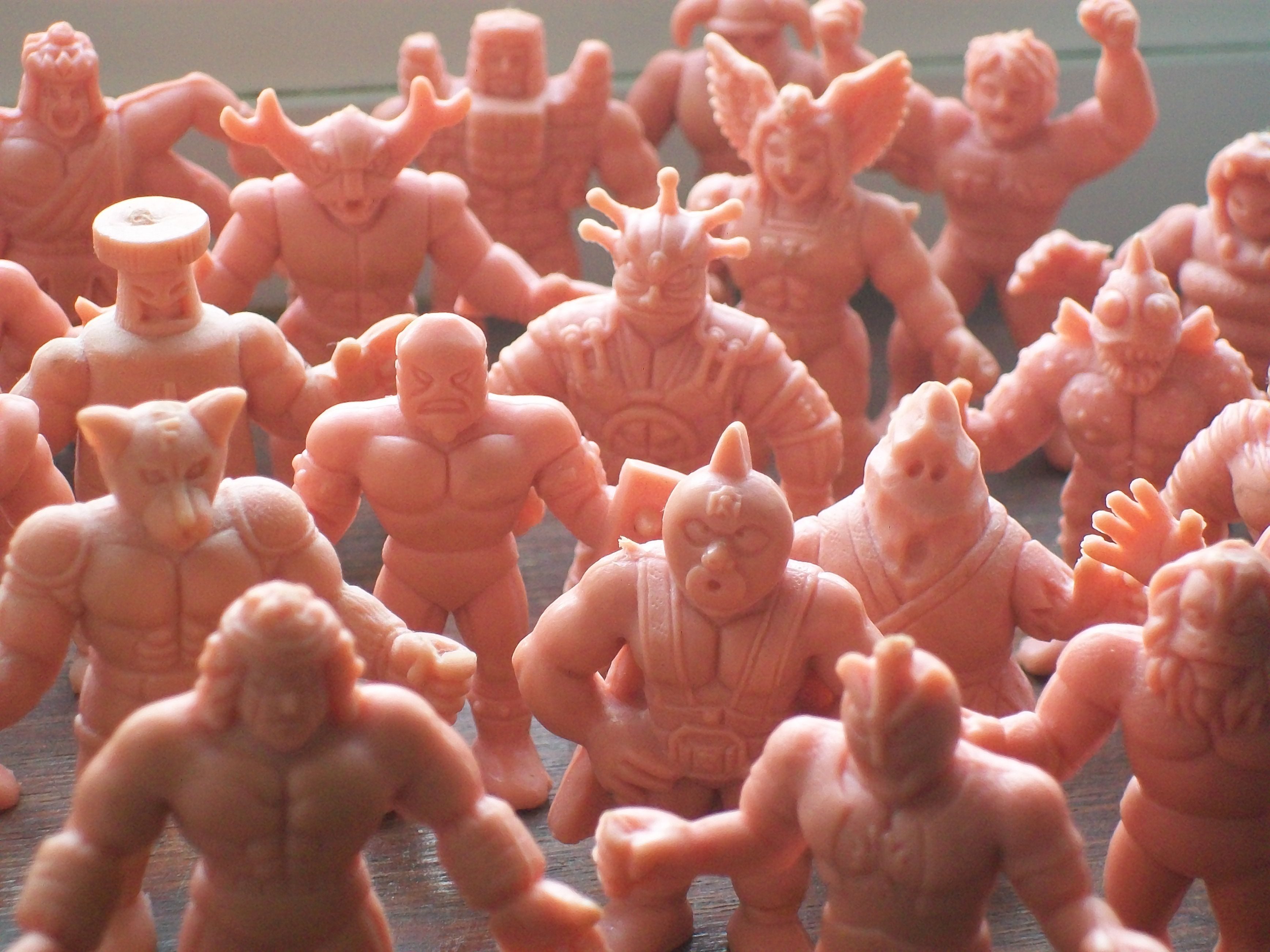 These things were more than a little bizarre, not just muscly men, but some downright odd and unusual characters with multiple limbs, odd-shaped heads and bodies and just plain weird designs.

Yet we loved them and collected loads of them!