Do you ever sit there these days, put the TV on in the morning and some kids show comes on and you just think it’s not like it used to be? How can kids these days enjoy programs like this when the shows we grew up with were just so much better and so much more memorable?

The memories of shows from when we were kids seem to stick with you forever, even now being able to hum the whole tune or recite all the lyrics of the theme song. And you’ll hear or see something now that just for some reason conjurs a memory and takes you straight back, making you extremely nostalgic for the good old days and unable to get it out of your head for the next few days. 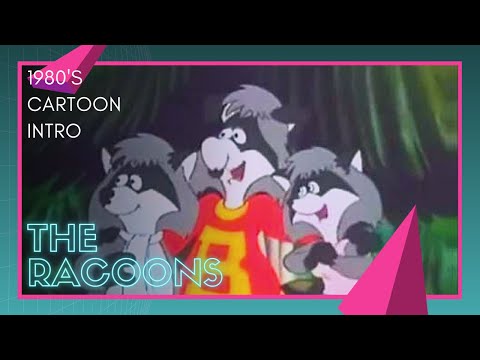 Well let’s take a look back at some of the shows that made kids TV so great when we were growing up. Which do you remember most fondly? Have we committed a crime and missed off your favourites? Are there any that you simply hated and never got in to at all? Let us know as always in the comments! 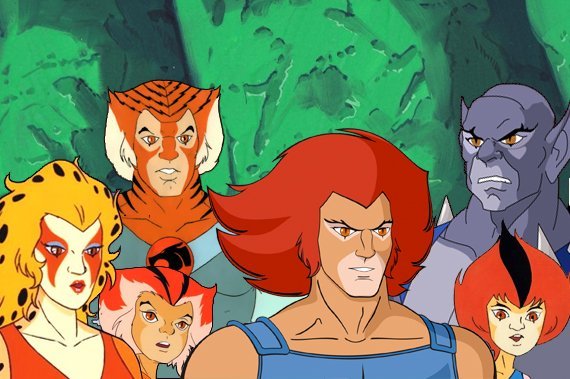 Thunder! Thunder! Thunder! Thundercats, Hoooo! What a fantastic cartoon this was, entertaining, action packed and everyone had their favourite Thundercat whether it was Liono, Cheetarah or one of the kids Wiley-kit and Wiley-Kat, who was yours? This was one of the most fun and vibrant of all the 80s cartoons, and appealed to the younger kids and teens alike, which was very rare! Even now there is something really special about that sound effect when the Autobots and Decepticons would transform in to their alternate forms! One of the great shows from the 80s, none of the reboots have come close to the pure pleasure the original would bring! Even now I have to get a Transformers fix every so often and it has to be the original cartoons or the original Transformers: The Movie to do it, nothing else comes close! 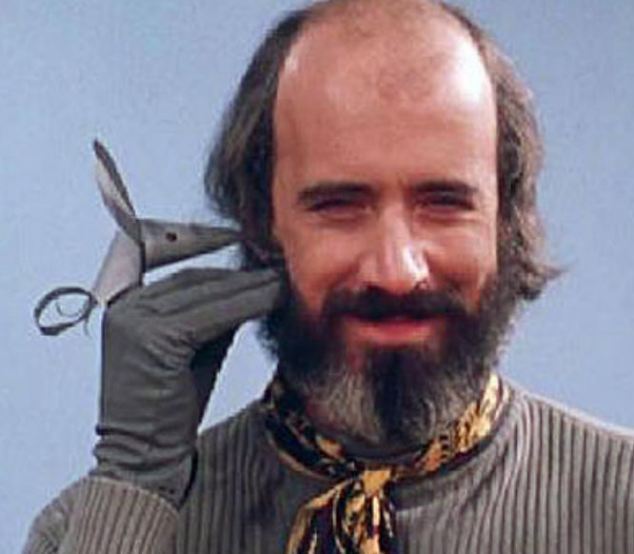 A spin-off from the earlier program, Fingerbobs, Fingermouse would see the titular puppet playing instruments and making music or crafts in a fun and educational program for younger kids. There are very few programs like this anymore, and the fact that the main character was a piece of paper wrapped round someone’s finger, yet you could fall in love with it, shows just how powerful a good imagination can be and what an age of innocence we have left behind – bring it back!

Ah, Burke, the blue servant who bumbles his way through making meals for his master upstairs, with only one rule in place – “Don’t you open that trapdoor, cos there’s something down there!” Yet every week, the trap door is opened, another creature escapes and Burke has to get it back down. It didn’t ever grown old though, no matter how many episodes you watched! Are there any particular monsters that, even all these years later, have stuck in your mind for being released? Did you always kind of wish Burke would come out on top for once and be able to leave his crappy job and master behind him?

The most powerful man in The Universe, He-Man and his friends and allies would battle against the evil Skeletor and his group of evil misfits and any other nasty beasty Skeletor decided to release on Eternia each week. One of the greatest programs of the decade and a personal favourite, He-Man grew to be a role-model for many people, especially with the little bits at the end of the episodes where they would break the fourth wall and speak directly to the audience about topics raised in this week’s episode. He-Man’s twin sister, She-Ra tried to capitalise on the popularity of He-Man and was aimed slightly more towards a female audience, but anyone could still watch and enjoy it equally and there were several cross-overs between the two programs as well. Who was your favourite She-Ra character, and do you remember her adventures agains Hordak as vividly as He-Man’s trials against Skeletor?

Who could possibly forget the theme song to this one? An epic adventure searching for the lost and mysterious Cities of Gold, this would see the heroes getting in to dangerous situations every week on their search for the eponymous city. Each week they would visit a new place in their search for the lost city and there would be an almost educational vibe to the show in regards to the locales they were visiting, like a more enjoyable version of Geography at school! 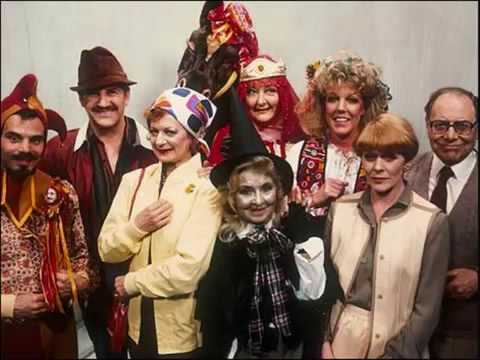 The shenanigans of a group of ghosts who would often get in to amusing situations. You had a Jester, a woman who disappeared and a pantomime horse called Dobbin – what more could you possibly need? Who was your favourite in this vibrant and eclectic mix of characters?

I wanted to go on Knightmare so badly! One contestant was kitted out with the helmet and unable to see what was happening, as they were digitally inserted in to a dungeon full of weird and wonderful characters and traps aplenty. Very few people ever actually made it through the game, but I was convinced I could have done it! Did you ever get the chance to appear on this, or do you know anyone who did? This show really did seem to be well ahead of its time, but it hasn’t dated well at all if you go back and watch it now, unfortunately.

The adventures of Kermit, Miss Piggy and friends when they were very young, they would use their imagination to turn their nursery in to Space or a cavern and have an adventure. Overseen by Nanny who you only ever saw the lower half of, this was another with a seriously catchy theme tune! It was nice to get to know the characters a bit more without the distraction of the celebrity guests in the main Muppets Show.

An animal version of Phineas Fog’s voyage round the world, this saw Willy Fog the lion making his way round the world in 80 days, we’d tune in every week to see how he was getting on and if he was still on course to make it! It was a very inventive way to get kids interested in an historical voyage around the world, and the characters were really well realised to bring them to life. Another Henson production, Fraggle Rock was muppets in a cavern with the Dozers, little people who would build things, and they would always be being chased away by the nasty Gorgs who wanted rid of the Fraggles! This show was simply the epitome of the word fun, and one that never had particularly inventive stories, but still kept us watching every week without fail!

Dogtanian and the Muskehounds Based on the Three Musketeers, this saw all the characters replaced by animals, similar to Willy Fog and had a tune you couldn’t get out of your head for several days as you watched the on-going adventures of Dogtanian and the Muskehounds. Dogtanian always seemed to be the butt of the joke and things always seemed to go wrong for him, but he still managed to save the day more often than not and kept you willing him to do well. 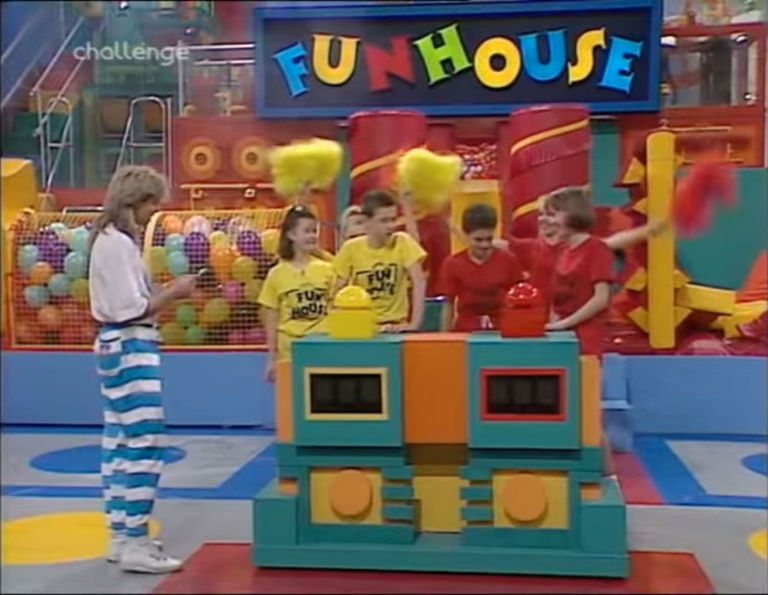 The crazy house full of fun with Pat Sharp and the Fun House Twins overseeing things, this was another program I was desperate to go on! The contestants would answer questions then search the house for things (usually getting very messy in the process), then having a go-kart race before the final run around the Fun-House for the proper prizes! I’m still convinced I would have aced this one, and would love them to release an adult-version so I could take part!

Chris Packham, Nicola Davies and the late Terry Nutkins would present an informative and entertaining look at the animal kingdom, with animals in the studio, or the presenters going out in the wild to see them in their natural habitat, this worked so well because you had three great presenters who genuinely cared about and loved the animals they were teaching us about and that made it a truly great show! It went on for years and, dare I say it, became even better when Michaela Strachan joined the presenting panel, as she and Chris Packham had great chemistry that made the show really enjoyable to watch. 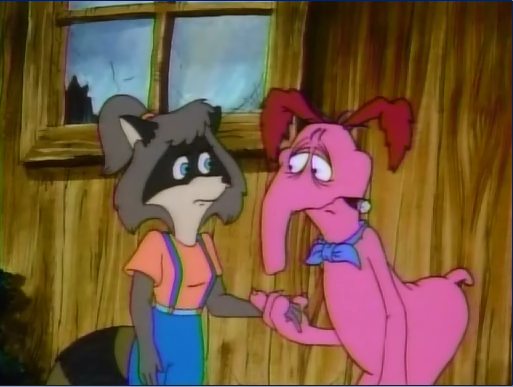 The adventures of the three raccoons and their lives in the forest which were always under threat from the dastardly Cyril Sneer, who, no matter how hard he tried, could never succeed and even his own children would regularly help the raccoons thwart his plans! There were as many annoying characters in this one as there were good ones, but we still loved it and tuned in every week without fail!

So which was your favourite and why? What have we missed out? What do you now want to go out and watch again to bring back old memories, or you wish they would re-make today? Let us know in the comments as always!