I don’t know about you but this movie made me afraid of clowns, storms, trees and closets! It was filled with terrifying ideas and images that still haunt us today. For that reason, many people are still captivated by this movie and love hearing about the spooky details that make up its contents. See for yourself:

1. Stephen King was asked to write the script.

Apparently, his publisher asked for too much money.

He says that he, “based the neighborhood on suburban Scottsdale, Arizona, where I grew up. It is the lifestyle of suburban America; two-car garages, tract homes and cul-de-sacs, the U-Totem down the street, and an elementary school within walking distance.”

3. Inspired by an episode of ‘The Twilight Zone’.

The episode was called ‘Little Girl Lost’ about a girl that goes into another dimension through her bedroom wall. 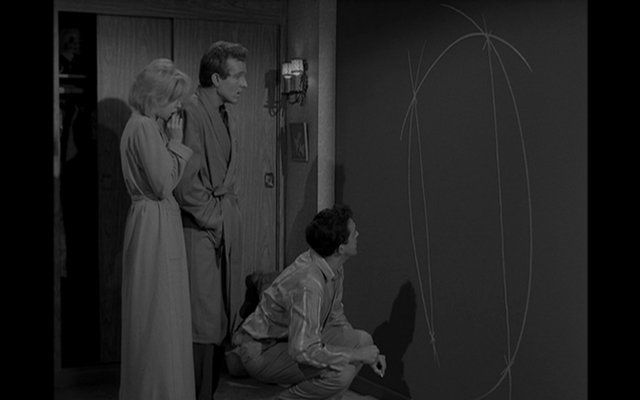 However, she was cast in E.T. Instead which came out one week after ‘Poltergeist’.

5. The guy who played Marty quit acting to become a teacher.

Martin Casella gave up acting but still auditioned for this role as the paranormal investigator and got it.

In this iconic scene where Mary ripped off his own face, he insisted that Spielberg do it instead because they only had one bust and he didn’t want to make a mistake and ruin the shot. 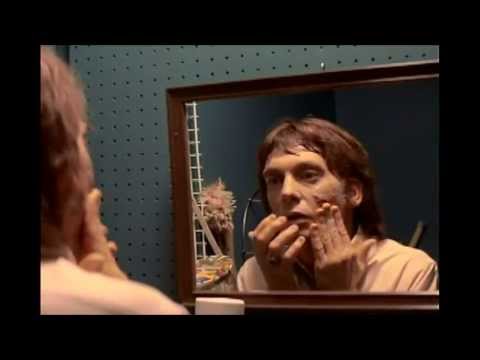 7. The chairs were stacked during one take.

When Diane turned away from the table, a pre-assembled cluster of chairs were placed by the crew so that it was all done in one take.

8. The tree actually spit Robbie out.

This scene was filmed in reverse and then later changed so that the tree was eating Robbie instead. 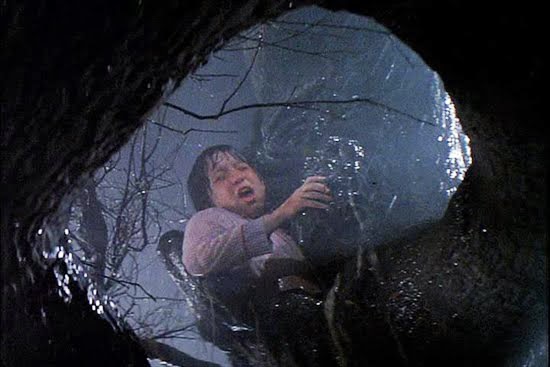 9. The idea of the tree attacking Robbie came from a childhood memory.

Michael Grais (co-writer) had a memory of staying home alone on a stormy night and the tree outside his window was struck by lightning and came crashing into the window.

10. Tangina shot her role in only six days.

The actress who played the medium was Zelda Rubinstein and she only spent six days on set. It was enough to change her life. 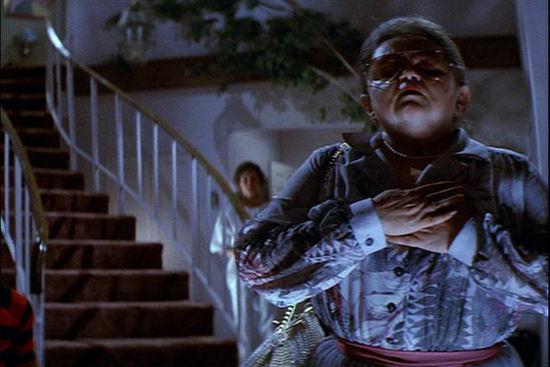 He was the director who also directed The ‘Texas Chainsaw Massacre’ and he loved jalapeno peppers. He says they helped him through the long shooting days.

12. The producer also had a magic act.

The Holiday Inn promoted his act with a sign that read, “Dr. Fantasy & Friends” because that’s his stage name, Dr. Fantasy and so Marshall did a little magic show at the end of the movie’s production.

13. The imploding house was actually a six-foot wide model.

This model was created in four months and it had thick wires on the inside that were pulled down into a funnel.

14. Spielberg was not supposed to direct this movie.

He was not allowed to direct both ‘Poltergeist’ and ‘E.T.’ but he was on set so often that it was said that he was secretly directing it.

15. Spielberg had to lobby for a PG rating.

At first, this film was given an R rating but he insisted that he made PG movies and not R movies. (The PG-13 rating didn’t exist yet).

Some say that the skeletons used were real and that this may have been the curse that killed Heather O’Rourke (Carol Anne) to died of cardiac arrest and septic shock at age 12.