15 Things You Didn’t Know About Return Of The Jedi

This year marks the 35th anniversary of Return Of The Jedi, the classic final episode of the original Star Wars trilogy. The film grossed over $572 million upon its initial release, and audiences around the world continue to enjoy watching it today. With a cuddly Ewok army on the loose and an epic showdown between Luke, Darth Vader and Darth Sidious, what’s not to love?!

The film marked the end of the original franchise until The Phantom Menace was released in 1999. And since Return Of The Jedi first appeared, many interesting facts about the filming behind Star Wars have surfaced, including Carrie Fisher‘s claim that she and Harrison Ford were having an affair during the making of the films.

With this list, we’ve gathered together some of the most fascinating facts about the making of Return of the Jedi, so scroll on down to find out more…

1. ‘Endor’ has some very Christian origins

The planet Endor is actually named after a location mentioned in the Bible. In the Old Testament, Endor is a Middle Eastern village visited by King Saul before his final battle with the Philistines. Sci-fi/fantasy fans may also recognise it as the Elvish name for Middle-Earth in J.R.R. Tolkien’s The Lord of The Rings.

2.  Yoda was never supposed to appear in the film 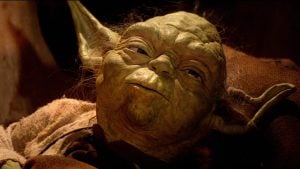 Fans of the wise old green …thing (he’s of an unknown species)…may be surprised to learn that Yoda wasn’t supposed to appear in Return of The Jedi at all. However, a consultation with child psychologists led George Lucas to believe that he needed an independent character to confirm Darth Vader’s claim that he is Luke Skywalker’s real father. So he gets to play the bearer of bad news whilst not doing too much for the rest of the film.

3. Director Richard Marquand didn’t get along with the actors 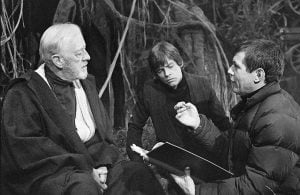 Richard Marquand is listed as the director in the final credits, but rumour has it that he didn’t get along with many of the actors. As a result, George Lucas directed parts of the footage, and even Marquand’s assistant secretly chipped in with directing duties to avoid any nasty confrontation.

This is interesting considering that Marquand was only fourth choice to direct the film in the first place. Stephen Spielberg, David Cronenberg and David Lynch were all ahead of him in the list. Imagine a Twin Peaks-style rendering of Endor, directed by the legendary Lynch! 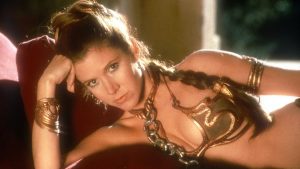 Legions of men who were teenage boys in the 80s will certainly remember Carrie Fisher’s infamous ‘slave girl’ bikini. It was actually designed by the wardrobe department in response to Fisher’s complaints that the clothes she wore in the first two Star Wars films disguised the fact that she was a woman.

Although in recent years people have viewed the outfit as overly sexual, Fisher has argued against this line of thinking. After one father said he had a hard time explaining to his child why Leia was dressed in a bikini with a chain around her neck, she responded: “Tell them that a giant slug captured me and forced me to wear that stupid outfit, and then I killed him because I didn’t like it. And then I took it off. Backstage.”

5. Return Of The Jedi was the first Star Wars to film more than one woman in a named role! 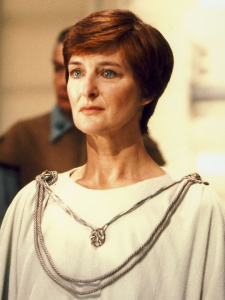 Bizarrely, you may not have noticed that in the first two Stars Wars films, Princess Leia is the only named female character to appear on screen! Whilst there are plenty of women as background extras, there are no female speaking parts deemed important enough to have a character attached to them. This all changed with Return Of The Jedi, which featured Mon Mothma, the revolutionary leader who helps to plots against Palpatine and aids the Rebel Alliance.

6. There’s a very interesting link to E.T. in the film 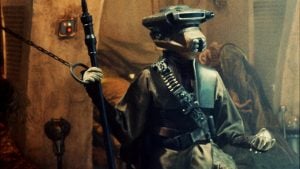 When Princess Leia sneaks into Jabba’s Palace to rescue Han Solo, she obviously has to wear a disguise. Leia chooses a bounty hunter outfit which changes the way she speaks in a really distinctive manner. The woman who provided this voiceover is Pat Welsh, whose only other voiceover work was another huge film – she was the voice of E.T. in E.T. The Extra Terrestrial (1982)!

7. ‘It’s A Trap!’ was never in the original script 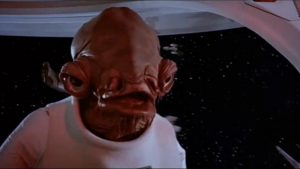 Who can forget Admiral Ackbar’s iconic cry of ‘It’s a trap!’ ?! The line has since spawned countless memes and internet jokes…but did you know it wasn’t in the original screenplay? The line was originally scripted as ‘It’s a trick!’ and was later changed post-filming, to be replaced with the far better ‘trap’.

8. Harrison Ford was ready to sacrifice himself for the cause

Harrison Ford actually thought it would make a lot of sense for Han Solo to die in the third film – sacrificing himself to save his friends. George Lucas immediately vetoed the idea even though co-writer Lawrence Kasdan was onboard with it. Kasdan suggested that Solo would die after not surviving the thawing process, but the idea never took off.

Another idea that was abandoned early in production was having Obi-Wan Kenobi return from the dead! This bizarre plot twist was even written into an early draft of the script, but never made the final cut.

9.  George Lucas makes a secret appearance on the film poster 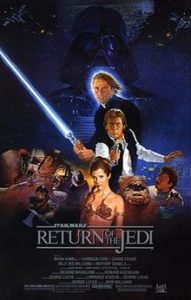 Looking at the poster for Return of The Jedi, most normal human beings would assume that the arms holding the lightsaber are Mark Hammill’s! In fact, those are none other than George Lucas’s guns clutching the iconic weapon. Why? We’re not entirely sure…

10.  Ewoks are never actually mentioned in the film! 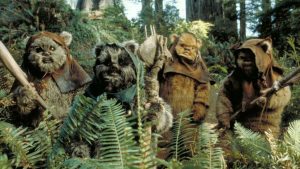 Even though the cuddly Ewok race ended up stealing many a scene in Return of The Jedi, the word ‘Ewok’ is never actually said once in the film. Neither are the individual names of the Ewoks, although they are listed in the end credits.

Interestingly, the name Ewok is derived from the Native American ‘Miwok’ people. The tribe was indigenous to the Northern California redwood forests in which all of the Endor scenes were shot.

11. They were also a very late addition to the plot

The Ewoks were only added in to Star Wars at a late stage in the writing of the film. They were originally supposed to be played by the Wookies. However, Lucas and his co-writers realised that Chewbacca could fly the Millennium Falcon, help repair the ship and fire guns/zipwire/communicate effectively with human beings…the list goes on! In other words, the Wookiees would be far too technologically advanced for the plot, so they were replaced by the Ewoks.

12. Star Wars was filmed under a different name 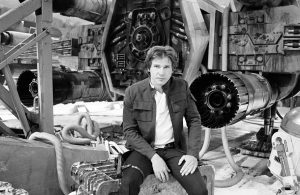 OK so many Star Wars fans will be aware that the third instalment was filmed under the title Blue Harvest: Horror Beyond Imagination to keep everything hush-hush before its initial release. However, it’s less-known that Blue Harvest was a play on Dashiell Hammet’s 1929 novel Red Harvest which was apparently influenced by Akira Kurosawa’s Yojimbo, which was an influence for…Star Wars. 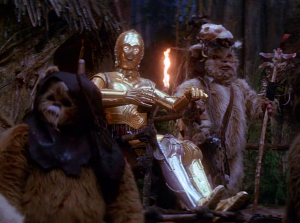 We’re not sure how planned this actually was, but the only word that C3PO utters to his friendly Ewok captors is ‘Naboo’. Fans of the Star Wars universe will konw that Naboo is the home world of Luke and Leia’s mother (and Anakin Skywalker’s wife), Queen Amidala.

14. The actors were using repurposed props 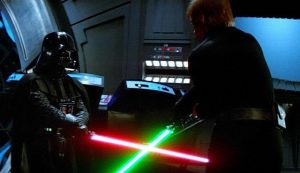 You’d think with a budget the size of Star Wars that Lucas would splash out on some new lightsabers for his actors, but apparently he preferred to recycle. Both of the lightsabers used in Return of The Jedi appeared in earlier films – Darth Vader’s was Luke’s from The Empire Strikes Back, whilst Luke’s new lightsaber was originally one of Obi-Wan Kenobi’s from the first instalment in the saga. 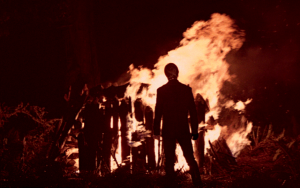 The moving scenes of Darth Vader’s funeral pyre were shot at the last minute, long after the initial filming had ended. The location was actually very close to Lucas’ home of Skywalker Ranch.