This was coming of age movie for us all even though it centered around two geeky kids who wanted nothing more than to have a beautiful woman in their lives. So much so, that they actually invented one! She was everything that any young boy would want and for some reason, they even made it seem possible for any kid to do this! Now, let’s find out more about this fantastic movie:

1. One of the actors used to be a ballet dancer.

The second leading role next to Anthony Michael Hall was Ilan Mitchell-Smith and he used to attend the Joffrey Ballet School on a scholarship program and then he was bit by the acting bug! Afterward, he became an intellectual and is now a professor of medieval English literature at Cal State Long Beach. 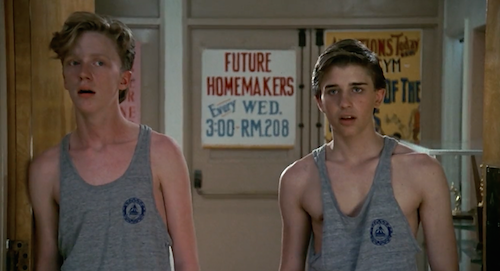 Other foreign titles for this movie include: Dream Woman (Swedish), Touch Me, I’m Yours (Danish), Oh, The Science (Russian) and Cool Magic with Lisa (German).

These movies are no small feat and have also stood the test of time: Sixteen Candles and The Breakfast Club.

At the tender age of seventeen, Anthony Hall was the youngest cast member to be on SNL to this day. Unfortunately, both him and Downey only lasted for one season.

Although he was in the original as ’Rusty’ he decided to stick with ’Weird Science’ instead of doing the sequel.

6. The same high school was used in 3 different movies.

The outside shots of the high school were also featured in ’Sixteen Candles’ and ’Risky Business’. It was a closed down high school known as Niles East High which has since been torn down.

7. Lisa got her name from an Apple Computer.

It was called ‘The Apple Lisa’ and it was the first personal computer to have a graphical user interface (point and click feature) and it was released in 1983. 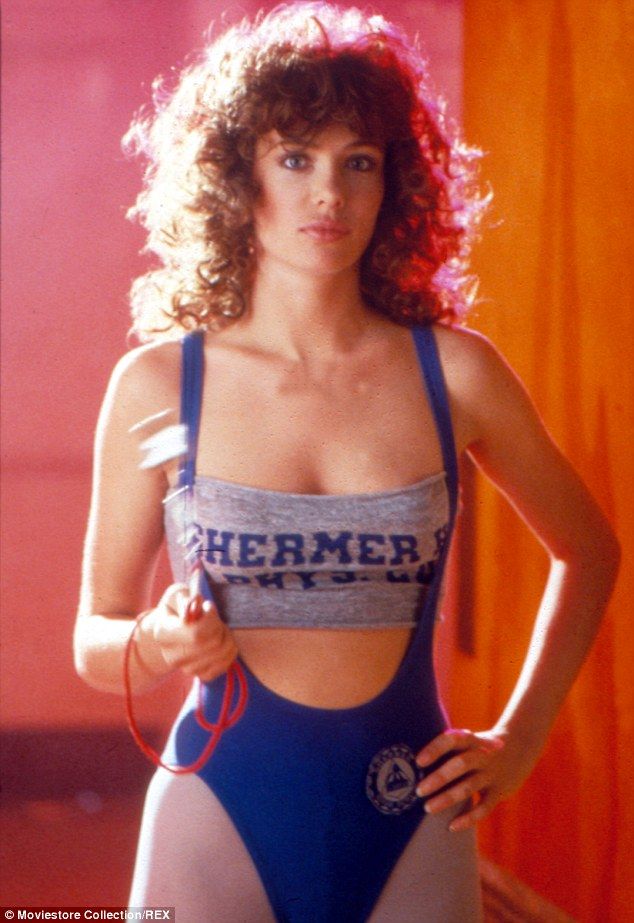 8. Hughes has no idea that the ‘Weird Science’ TV Series existed!

He had no intentions of turning his films into TV shows and was against any attempts that Paramount made to do so including the ‘Ferris Bueller’ series and ‘Uncle Buck’ (both of which failed miserably). So, when Paramount decided to make ‘Weird Science’ for TV in 1994, they didn’t even tell Hughes and he found it on TV one day, years later!

9. Richard Pryor was the inspiration behind this scene:

When Gary talks like an old, African-American-Bluesman it was based upon Richard Pryor movies that John Hughes watched on his weekends.

10. During the party scene, Bill Paxton showed up in disguise.

He was Wyatt’s mean older brother and during one of these chaotic scenes, Paxton dressed in sunglasses, a trench coat and a hat to sneak into the background of the shot.

A series of the same name ran from 1950 to 1953. There was even one issue that resembles the movie called ‘Made of the Future’ in which a man makes a wife from a futuristic kit that he obtained from his travels to the future year 2150.

12. Anthony Michael Hall made twice as much money as his sidekick Ilan Mitchell-Smith did. 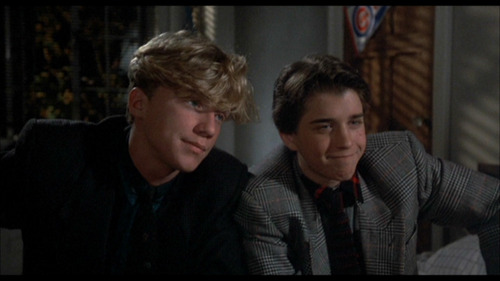 13. Bill Paxton’s military-style haircut was something that John Hughes found out about later..

Fortunately, the director loved it! Even though the film’s make-up artist (who made the cut) wasn’t sure that Hughes would approve of it.

14.The director made up the town’s name ’Shermer’ in Illinois and used it in both ’Weird Science’ and ’Sixteen Candles’.

He even used this name for ’Shermer High School’ in the movies ’The Breakfast Club’ and ’Ferris Bueller’s Day Off’.

15. Robert Downey Jr. used another actor’s trailer to do his duty.

Apparently, he was known as “the serial dumper” on the set he told Playboy in 1997 that he “defecated in a fellow castmate’s trailer.