David Bowie was a legendary English singer, songwriter and actor, with a career spanning five decades. During his lifetime he sold over 100 million records worldwide, making him one of the best-selling artists of all time. Renowned for his ability to reinvent himself through the elaborate use of stagecraft, costumes and makeup, Bowie’s impact on pop music is immeasurable.

Sadly, Bowie passed away in 2016, but his legacy undoubtedly lives on. Here are 15 things you probably didn’t know about him.

15. One of his eyes was permanently dilated from a childhood fight

Contrary to popular belief, Bowie’s eyes were not different colours – rather, one of his eyes was permanently dilated due to him being punched in the face during a fight over a girl when he was 15 years old. Bowie’s childhood friend and former love rival George Underwood told The Telegraph in 2019 that he had punched Bowie after he meddled in Underwood’s plans to take out a girl on a date. “David phoned me on the day [of the date] and said she had told him she didn’t want to meet me because she wanted to go out with him,” Underwood revealed.

Underwood then found out that, in reality, the girl had been genuinely interested in Underwood, and that Bowie had lied to him. “In the morning I got on the bus to school and overheard him talking about this girl he was going out with,” he said. “At break time I hit him.” The punch resulted in an injury which left one of Bowie’s eyes permanently dilated.

14. He failed Music at school

Bowie achieved just one qualification during his time at Bromley Technical High School, which was a single O-level in art. He also studied Music and Design – but failed both of them.

If anything, this just goes to show that grades aren’t everything. Bowie may not have gotten an A* in his music exams, but Rolling Stone magazine did dub him the greatest rock star ever following his death in 2016, and we’re pretty sure they didn’t ask to see a copy of his academic records before bestowing the honour on him. 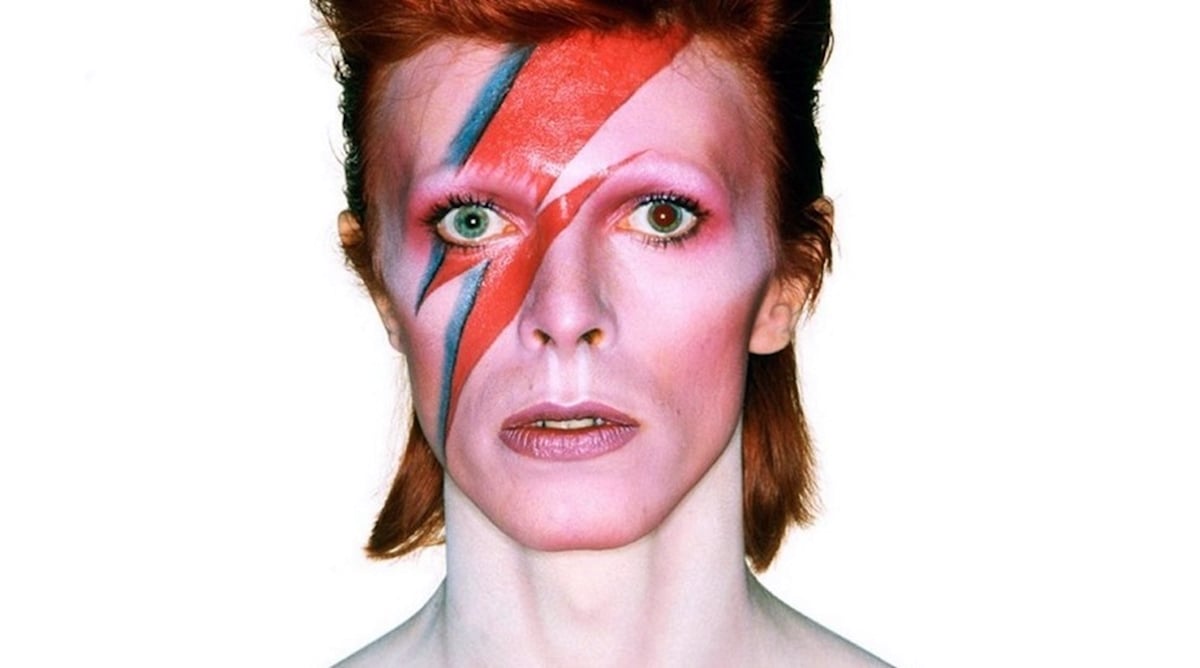 Bowie claimed that his alter ego Ziggy Stardust haunted him even after he gave up performing as Ziggy. He is quoted in Christopher Sandford’s 1997 biography Bowie: Loving the Alien as saying that Ziggy “wouldn’t leave me alone for years.”

“That was when it all started to go sour … My whole personality was affected. It became very dangerous. I really did have doubts about my sanity.” Bowie also later admitted that he was experienced recurring difficulties with his mental stability due to his rampant drug use in the 70s.

12. John Lennon once made Bowie eat an egg cooked in urine

Speaking to GQ in 2002, Bowie revealed some of the crazy things he and John Lennon got up to while on holiday in Hong Kong in the 70s. “We were trying to find a place to eat monkeys’ brains,” he explained. “We actually found a place, but fortunately it was closed […] But we both lingered and a couple of guys recognised Lennon.” Bowie explained how when Lennon came back he said he’d drank snake’s blood.

“Anyway, he went off and then came rushing down the road a few minutes later, saying, “Open your mouth!” And he shoved this thing it my mouth – it was ghastly.” Bowie said that Lennon had fed him a “thousand-day-old egg cooked in horse piss,” and claimed that it was “the worst thing he had ever eaten.”

11. He spent 1976 consuming nothing but red peppers, milk and drugs 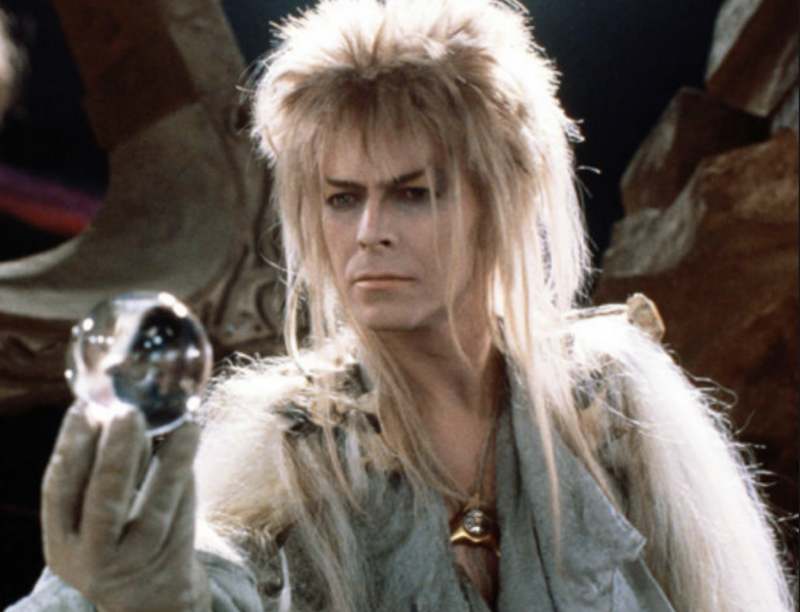 Bowie struggled with his mental stability throughout the 70s – an issue worsened by his growing dependence on drugs. All through 1976, Bowie apparently lived on a diet of red peppers, milk and drugs. He also barely slept, preferring to work through the night.

Living a lifestyle like this would take its toll on anyone. It’s hardly surprising that Bowie started behaving unusually, keeping his urine in his refrigerator so that “no other wizard could use it to enchant him.” Bowie’s biographer David Buckley said that it was “inevitable” Bowie began suffering from paranoid delusions.

10. There’s a spider named after him 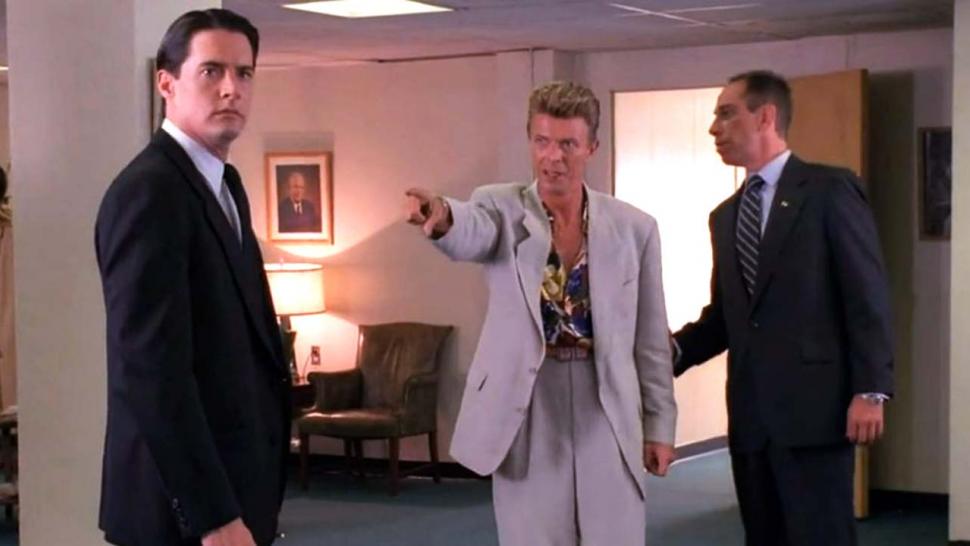 The Heteropoda davidbowie does rather resemble the legendary singer with its wild bright orange hair, but unfortunately it’s not from Mars. It was named as such after German arachnologist Peter Jäger noticed the similarities between the spider and the singer when he discovered the creature in 2008. You can find Heteropoda davidbowie Huntsman spiders in the Cameron Highlands District in Malaysia, Singapore, Sumatra and possibly southern Thailand.

Jäger’s most recent discovery came in June 2020 when he found and named the Thunberga greta spider – which, unsurprisingly, is named after Greta Thunberg. 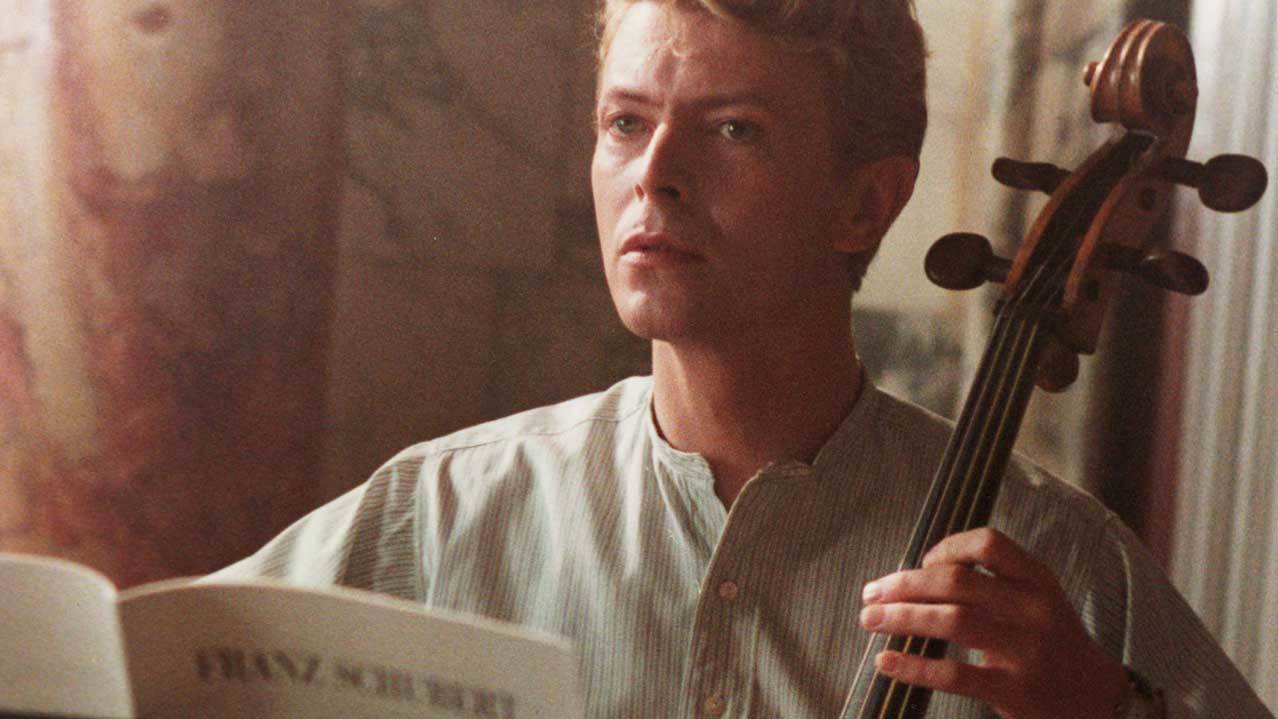 He may be a stalwart of British culture, but Bowie’s not like most Brits in that he hates a cuppa. Bowie had a horrible experience with tea when was just five years old, resulting in a lifelong aversion to the stuff. As a young boy, Bowie’s parents took him on a boat trip up the Thames, where he drank tea that had been stewing for seven years.

The brew was so bad that Bowie never touched the stuff again – although he did enjoy Japanese green tea.

8. He was stalked by a pink rabbit

During his 2004 tour in the US, Bowie was followed by someone dressed in a pink bunny costume. This seemed harmless enough, until the pink rabbit followed him onto one of his flights.

Bowie brought up the incident on the Ellen Show in 2004, saying: “I thought, well, hey, it’s rock n’ roll, it’s just a five-foot three bunny… And then we got the plane out one night, and the bunny was on the plane. Still in costume! I kid you not!” The identity of the person inside the bunny suit has never been confirmed, although some believe the stalker was a Canadian woman named Isabelle Guns.

7. He was once injured on-stage by a lollipop

While Bowie was performing in Oslo, Norway in 2004, a ‘fan’ threw a lollipop onto the stage. Against all odds, the stick hit Bowie in the eye. An aide rushed onstage to help the singer and ensure he wasn’t seriously injured – thankfully the singer was fine and could resume the gig shortly after the incident.

Bowie chastised the culprit – who remains unknown to this day – before joking about his dodgy left eye, which was left permanently damaged after a fight Bowie got into as a schoolboy. “I’ve only got one [functioning eye] anyway,” he quipped. “Fortunately, that’s the one that works,” he went on, pointing to his luckier right eye.

6. He played two parts in Labyrinth 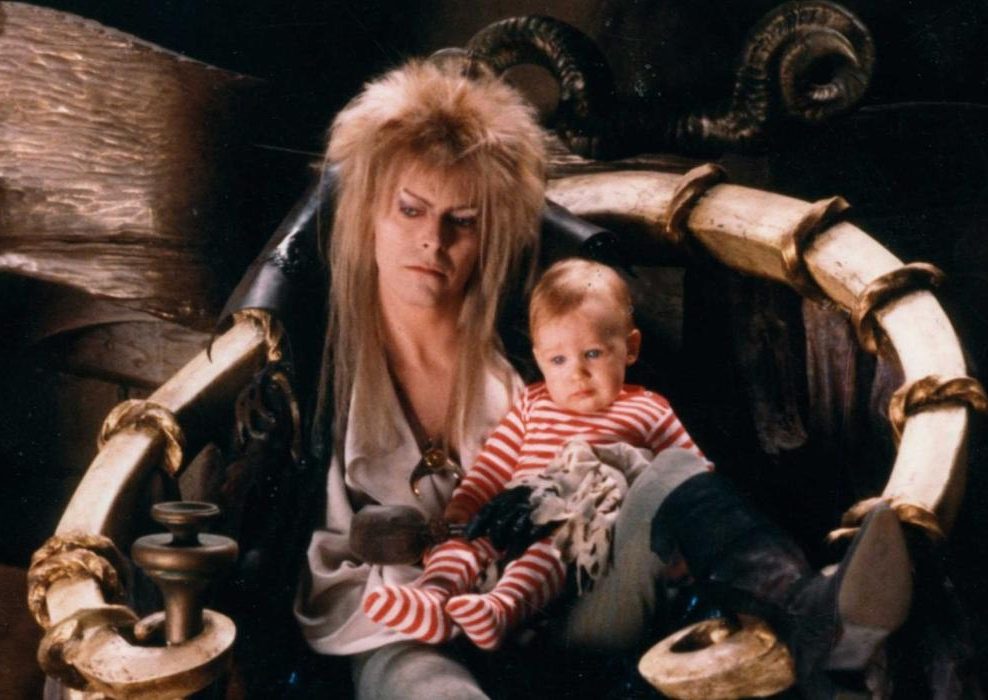 Bowie famously starred in George Lucas’ 1986 musical fantasy film Labyrinth, portraying Jareth the Goblin King (who essentially looked like a blond version of Ziggy Stardust). But Jareth wasn’t Bowie’s only role in the film – as well as playing the Goblin King, Bowie also provided the voice (or rather the gurgling) for the baby in the song Magic Dance.

According to The Independent, due to a costume malfunction, the baby urinated all over Bowie when the two first met. The singer took it all in good humour.

5. He turned down a knighthood 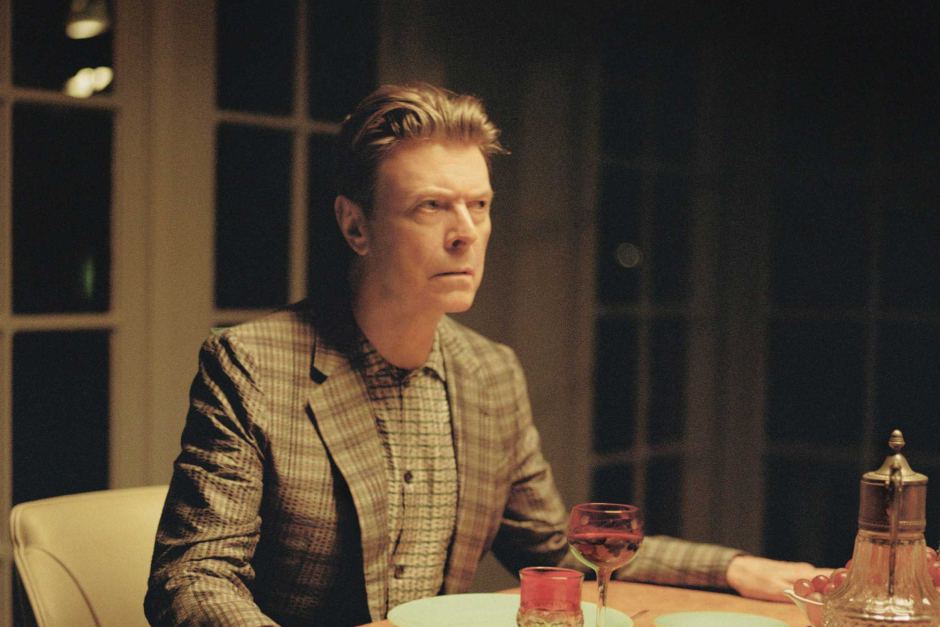 Bowie was offered a CBE in 2000 and a knighthood in 2003 – but he turned both honours down. He told The Sun in 2003, “I would never have any intention of accepting anything like that. I seriously don’t know what it’s for. It’s not what I spent my life working for.”

Mick Jagger was offered (and accepted) a knighthood in 2003, which led to friction between himself and bandmate Keith Richards, who believed that accepting a knighthood went against The Stones’ anti-establishment, rock n roll ethos. “It’s not my place to make a judgment on Jagger, it’s his decision. But it’s just not for me,” Bowie said of the matter.

4. He created his own internet service provider

Bowie started his own ISP in 1998 called BowieNet, which lasted until 2012. It cost £10 a month and came with 20MB for subscribers to create their own homepage.

Bowie was a true visionary when it came to the technological advances made at the end of the 20th century. Speaking to Jeremy Paxman in 1999, Bowie said of the internet: “I don’t think we’ve even seen the tip of the iceberg. I think the potential of what the internet is going to do to society – the good and bad – is unimaginable. I think we’re actually on the cusp of something exuberating and terrifying.” In the interview, Paxman appears nonplussed and asks Bowie: “it’s just a tool, though, isn’t it?” How wrong he was.

3. He was the first major artist to release a downloadable single 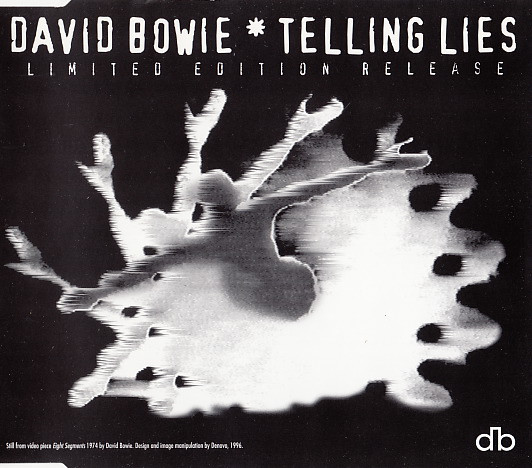 In 1996, Bowie released his single Telling Lies exclusively on his website, making it the first ever downloadable single by a major artist. Over 300,000 people downloaded the song. Two months after the online release, BMG released the record as a single.

Bowie was hugely excited by the creation of the internet, so it’s hardly surprising that he leapt at the chance to explore the ways in which he could use the web as an artist. 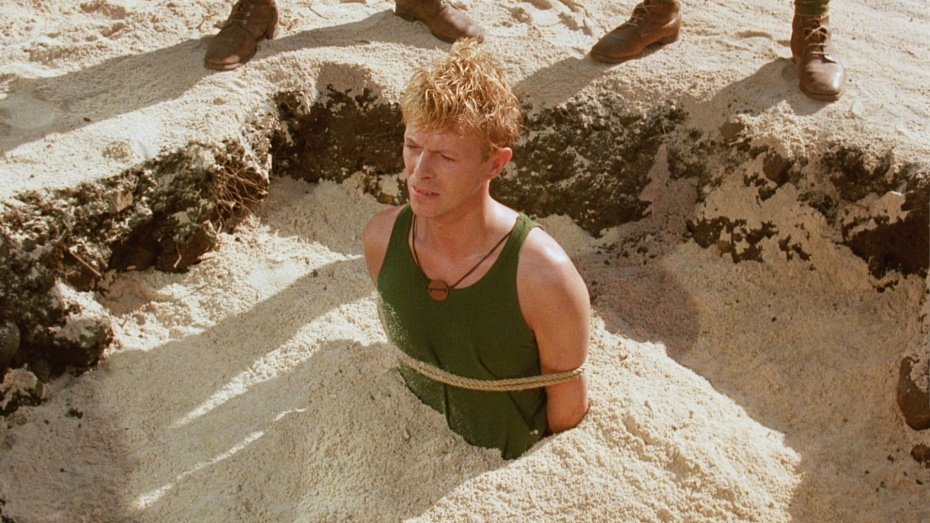 A few months after Bowie died, a lock of his hair which had been cut in 1983 by a wig mistress at Madame Tussauds in London went up for auction and sold for a massive $18,750.

Bowie’s hair was often spoken about during his lifetime for its versatility and elegance – it didn’t matter if Bowie was orange-haired as Ziggy Stardust or sporting flowing locks in the early 60s, his hair always looked flawless. 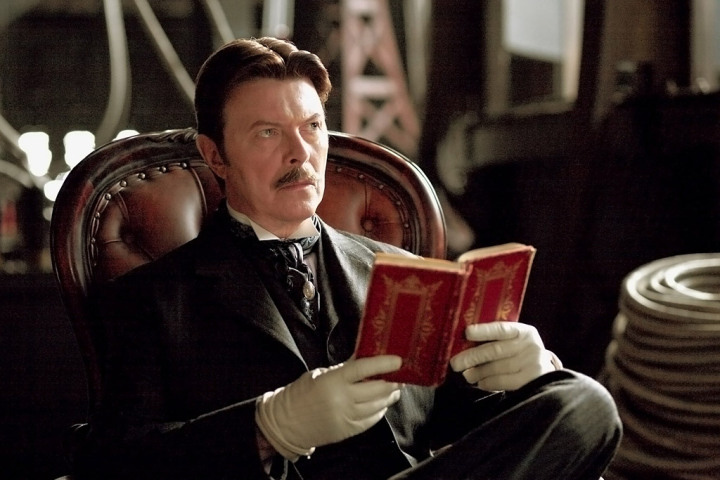 Bowie was an avid reader, and in 2013 he published a list of his top 100 books. The titles were extremely varied, including fiction and non-fiction and spanning a wide range of genres.

Examples of the titles on the list, which you can view here, are Truman Capote’s In Cold Blood, George Orwell’s 1984 and D.H. Lawrence’s Lady Chatterley’s Lover. If you’re looking for something to read but don’t know what book to plump for, Bowie’s list isn’t a bad place to start for some inspiration.