10 Things You Probably Never Knew About Planes, Trains And Automobiles

The sadly missed writer, producer and director John Hughes may be best remembered for his 80s high school comedies, but he made at least one bona fide classic aimed at older audiences: 1987’s Planes, Trains and Automobiles, which stars Steve Martin as Neal, a stressed-out executive struggling to get home for Thanksgiving. To make matters worse, Neal finds himself stuck with John Candy‘s Del, an overbearing salesman. Did you know the following fascinating facts about the film?

10. John Hughes was inspired by a real long-distance journey from hell 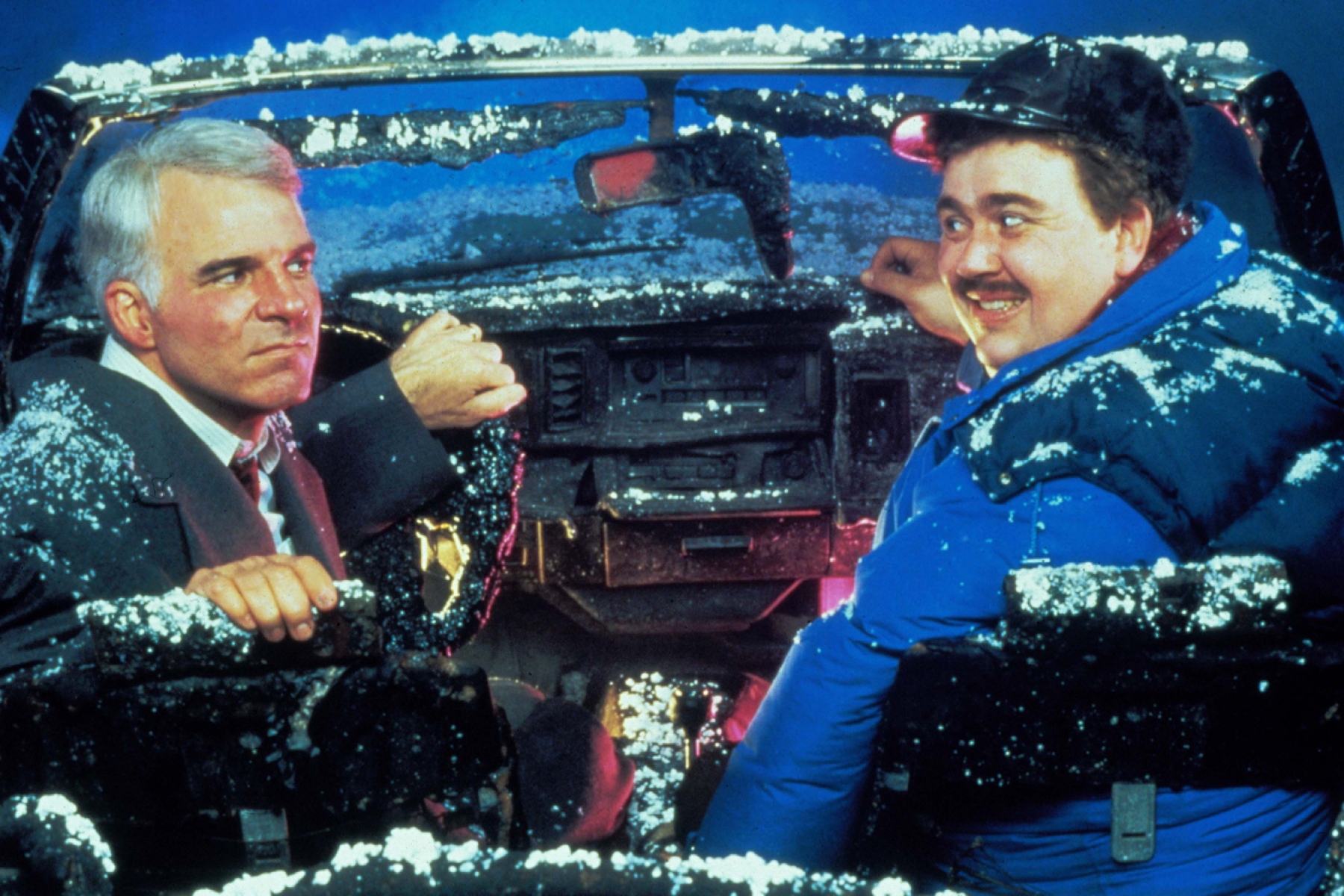 In writing the script for Planes, Trains and Automobiles, John Hughes drew on his own personal experience of a nightmarish journey home, back from his days working in advertising before he got into film.

In Hughes’ case, a flight from New York to Chicago was grounded by snow, and once he finally got underway he wound up being redirected to Denver, then Phoenix, and didn’t wind up getting home for five days.

9. Real travel companies were reluctant to be associated with the film 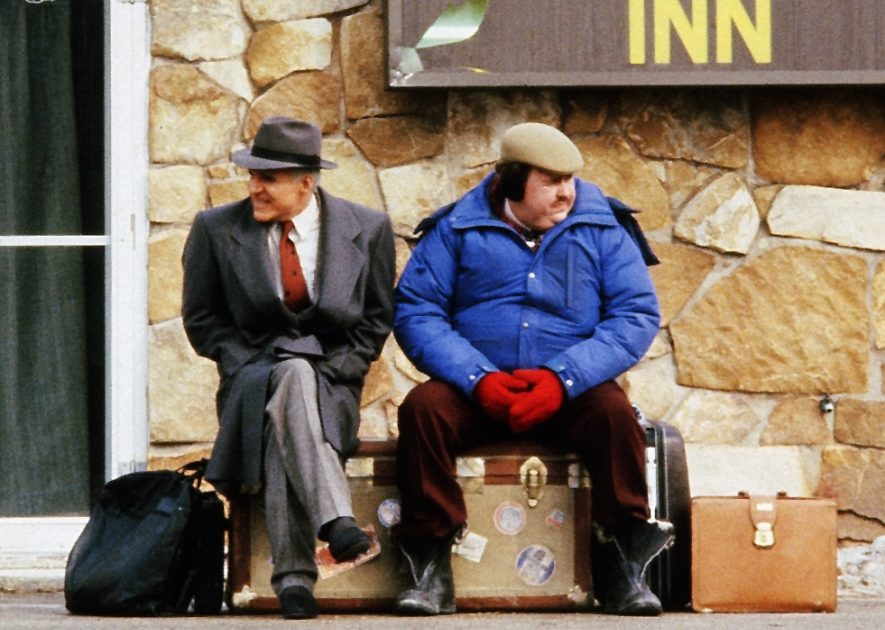 Planes, Trains and Automobiles depicts every traveller’s nightmare, with successive travel companies spectacularly failing in their endeavours. Because of this, many genuine travel companies refused to be associated with the film for fear of bad publicity.

To get around this, the studio had to rent a 20 mile stretch of railroad track and construct sets for the airline and car rental scenes, and even had to come up with their own names and logos. 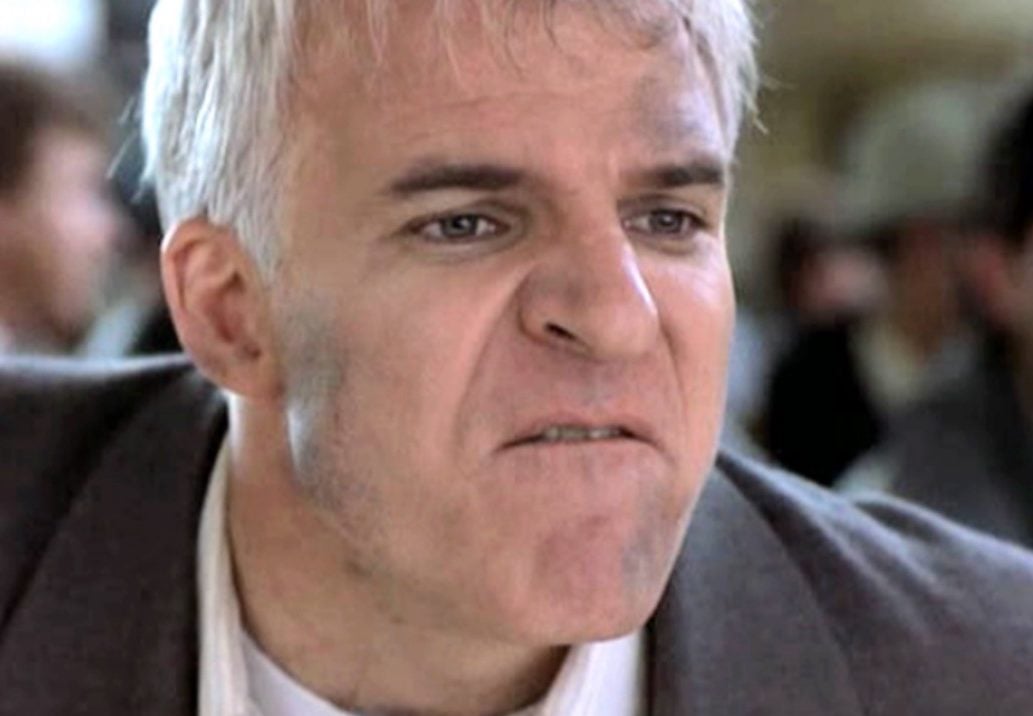 Although it’s R-rated, Planes, Trains and Automobiles is for the most part a fairly mild and family-friendly comedy, aside from a few sexual references, and one notorious scene in a car rental office. At this point, Steve Martin’s Neal has finally reached his limit, and vents his frustration at Edie McClurg’s clerk in a flurry of F-words.

The comic timing of this scene is very precise: it lasts exactly one minute, with the F-bomb dropped 18 times within those 60 seconds.

7. The first cut of the film was over four hours long 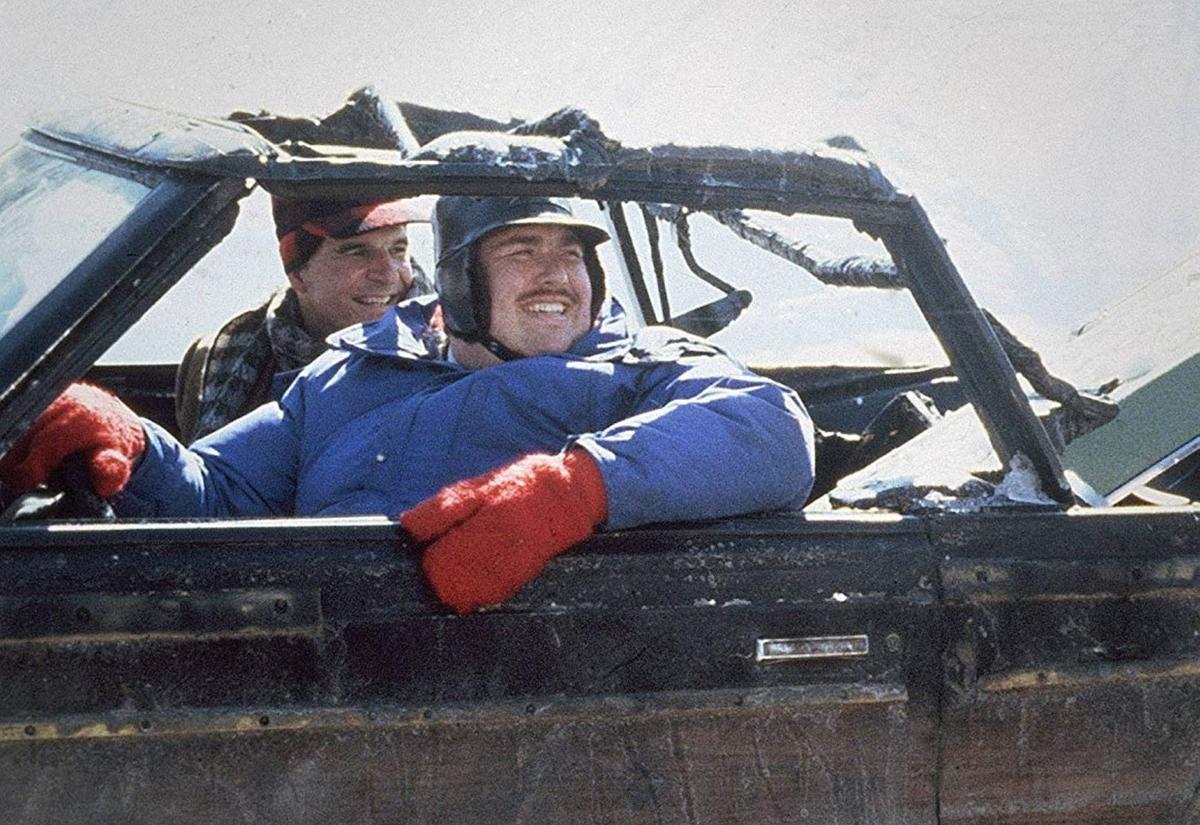 When Steve Martin signed on to play Neal Page, he was taken aback by the length of the script. Hughes screenplay lasted 145 pages, which was unusually long for a comedy. (It’s generally estimated that one page of script translates to a minute of screen time.)

Hughes then did rewrites on the script during production, which added to the amount of footage shot. According to Martin, Hughes’ first cut of the film last four and a half hours, roughly three hours longer than the 92-minute cut that was ultimately released. 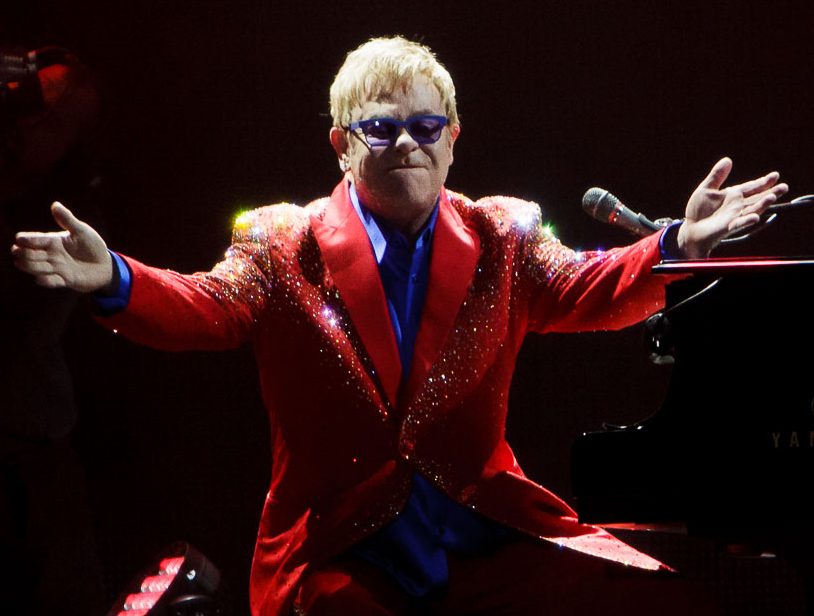 Originally, it was intended that Planes, Trains and Automobiles would feature a bespoke theme song by Elton John. The legendary British singer-songwriter had been working on the track with lyricist Gary Osborne, but it never wound up being used for legal reasons.

Studio Paramount Pictures wanted ownership of the song’s master recording, but John’s record label refused. As a result of the legal furore, the song has never been released. 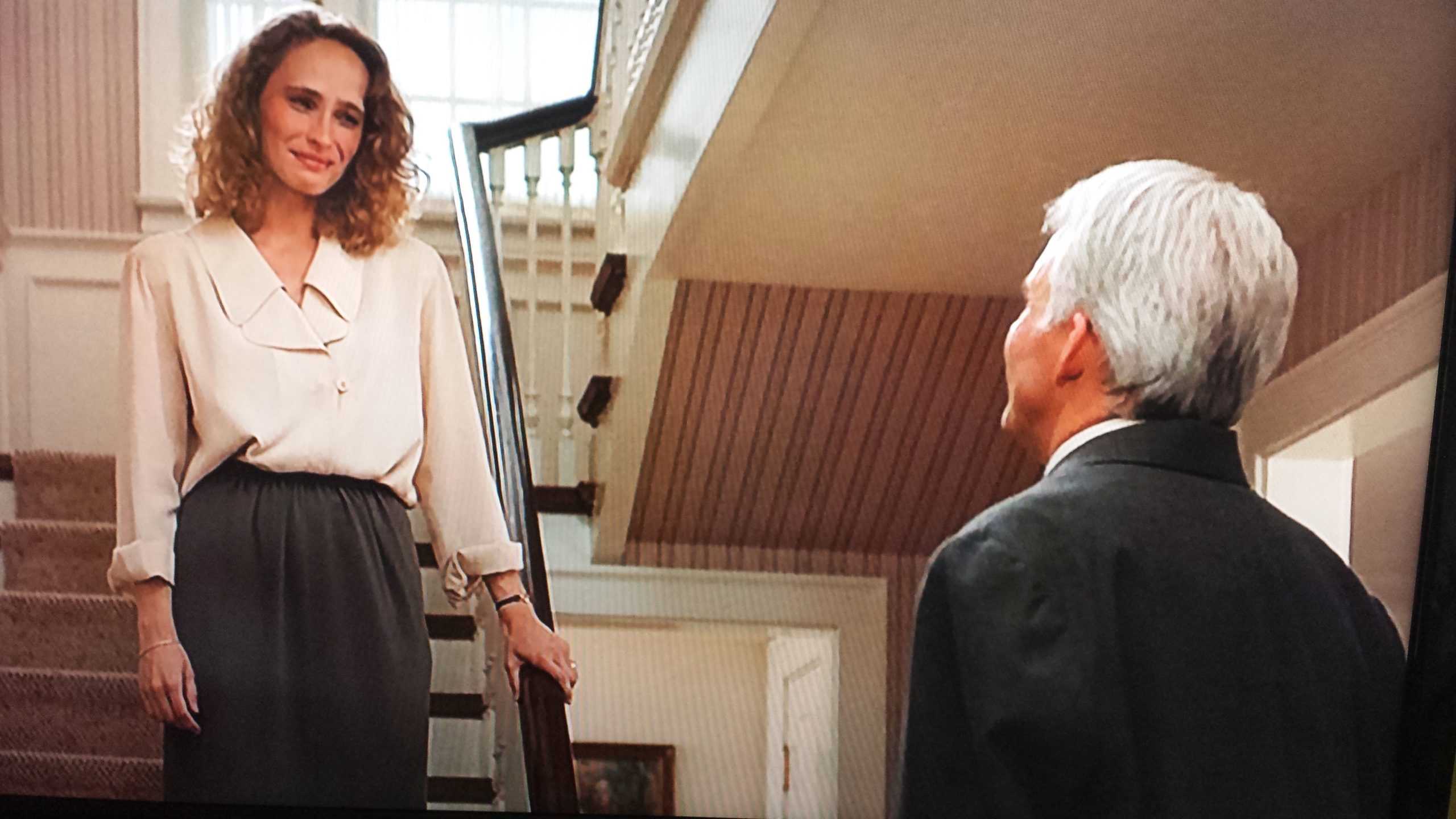 As anyone who’s seen Planes, Trains and Automobiles will remember, it isn’t until the end of the movie that Neal finally gets home to his wife and children. With this in mind, it may be a bit of a surprise that Neal’s house was a specially built set which cost $100,000.

Hughes’ decision to spend so much money on a set which is only very briefly used in the film didn’t go down well with executives at studio Paramount, and caused some tension on set.

4. Some fans consider Kevin Bacon’s cameo to be a crossover with She’s Having a Baby 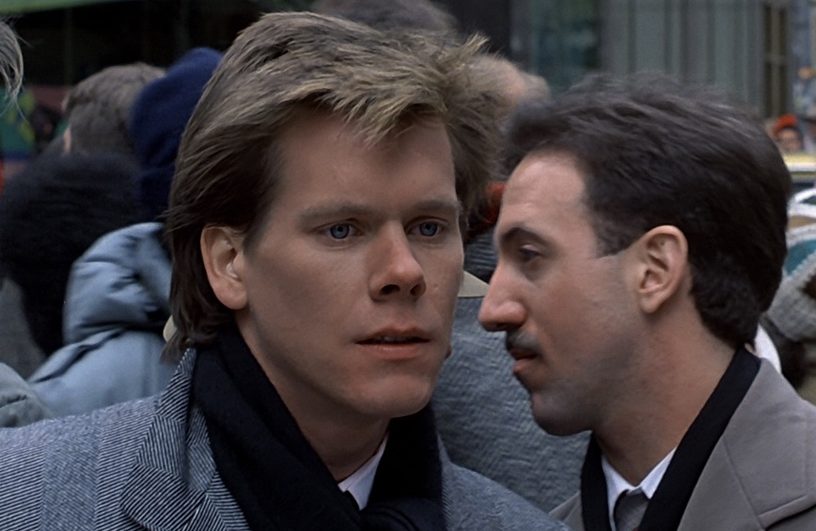 Kevin Bacon briefly appears in Planes, Trains and Automobiles, credited as ‘Taxi Racer.’ It has been theorised by some fans that Bacon is playing the role of Jake from She’s Having a Baby, another movie written and directed by John Hughes. To further promote this link, there’s a scene in the movie in which Neal’s wife Susan (Laila Robins) is watching She’s Having a Baby on TV.

But here’s where things get a bit confusing: She’s Having a Baby wasn’t even released until February 1988, more than two months after Planes, Trains and Automobiles hit cinemas in November 1987!

3. Jeri Ryan was an extra on the film, but was fired for laughing 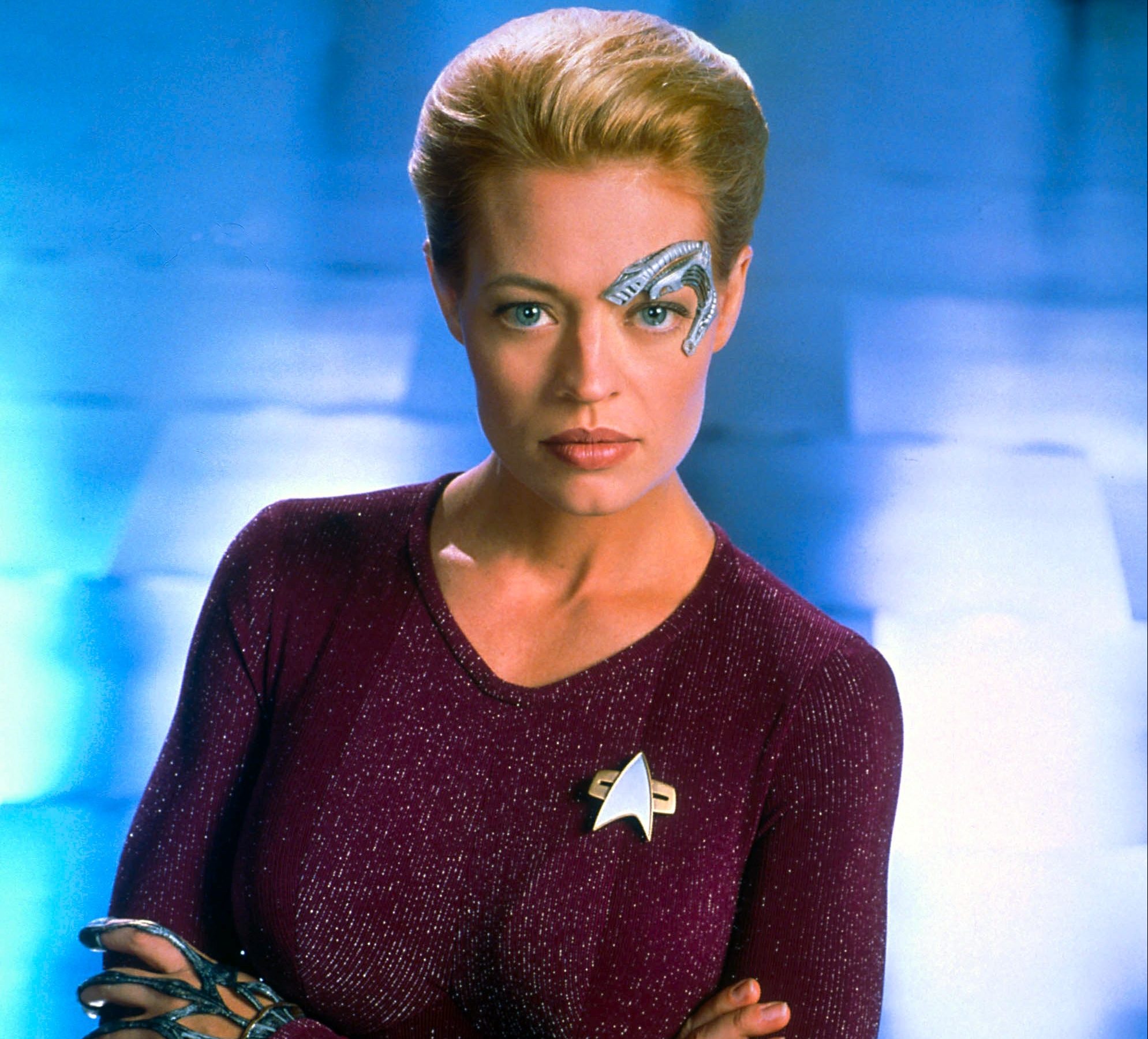 The bus ride scene almost boasted an early appearance from actress Jeri Ryan (later famed for her role on TV’s Star Trek: Voyager). Aged 19 at the time, Ryan was an extra playing a passenger.

Unfortunately, Ryan wound up being fired by John Hughes because she couldn’t keep herself from laughing at Candy and Martin’s comedy stylings. The scene was subsequently re-shot without her.

2. The production had to relocate due to a lack of snow 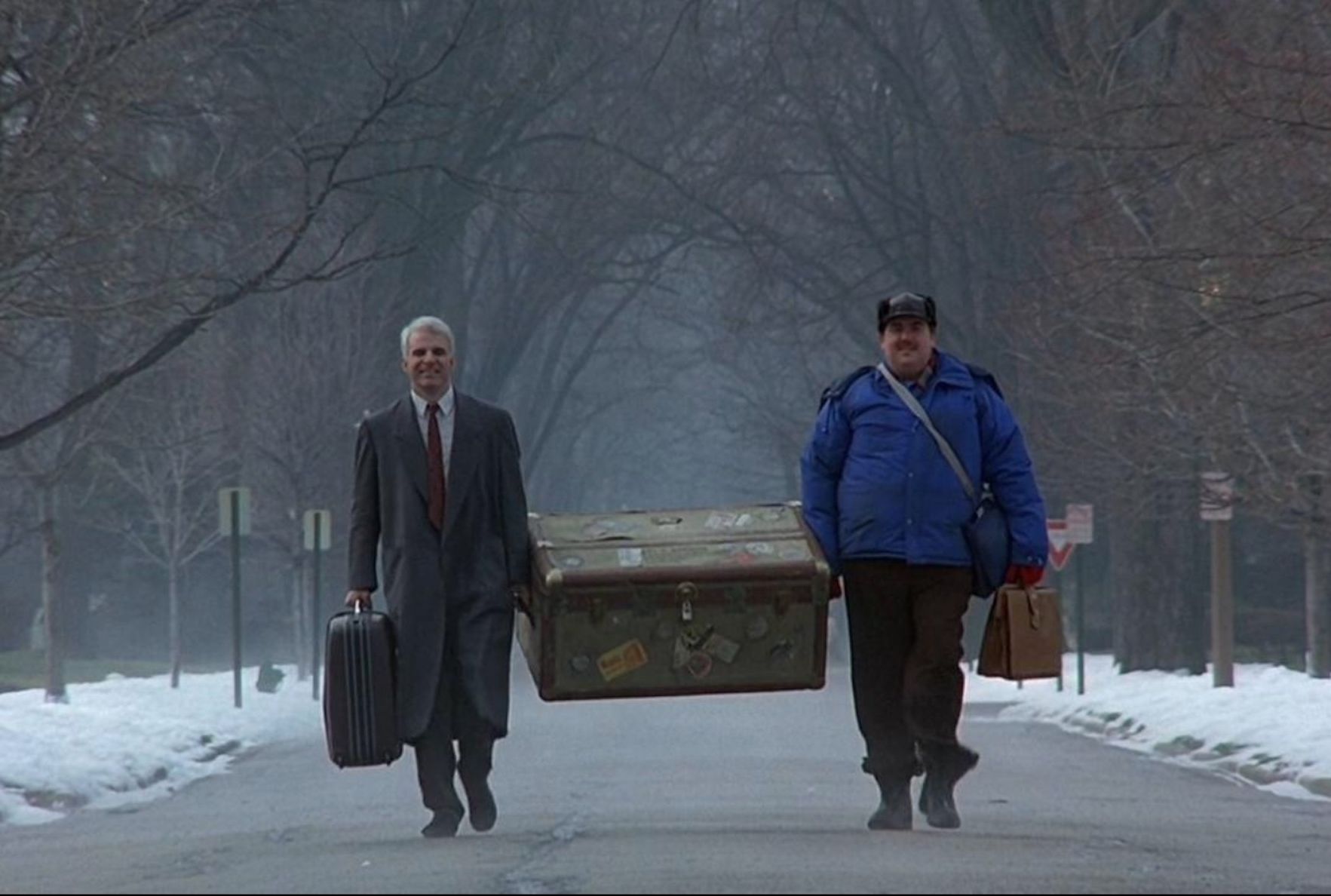 Planes, Trains and Automobiles follows a hellish cross-country journey, and by all accounts making the film wasn’t a picnic for the cast and crew either. Originally, the plan had been to shoot the bulk of the film in and around Chicago, where the bulk of Hughes’ films were set.

Unfortunately, when cameras were rolling there simply wasn’t enough snow in Chicago to suit the needs of the filmmakers. As a result, they were forced to move the production to Buffalo, New York.

1. Will Smith and Kevin Hart are set to appear in a remake 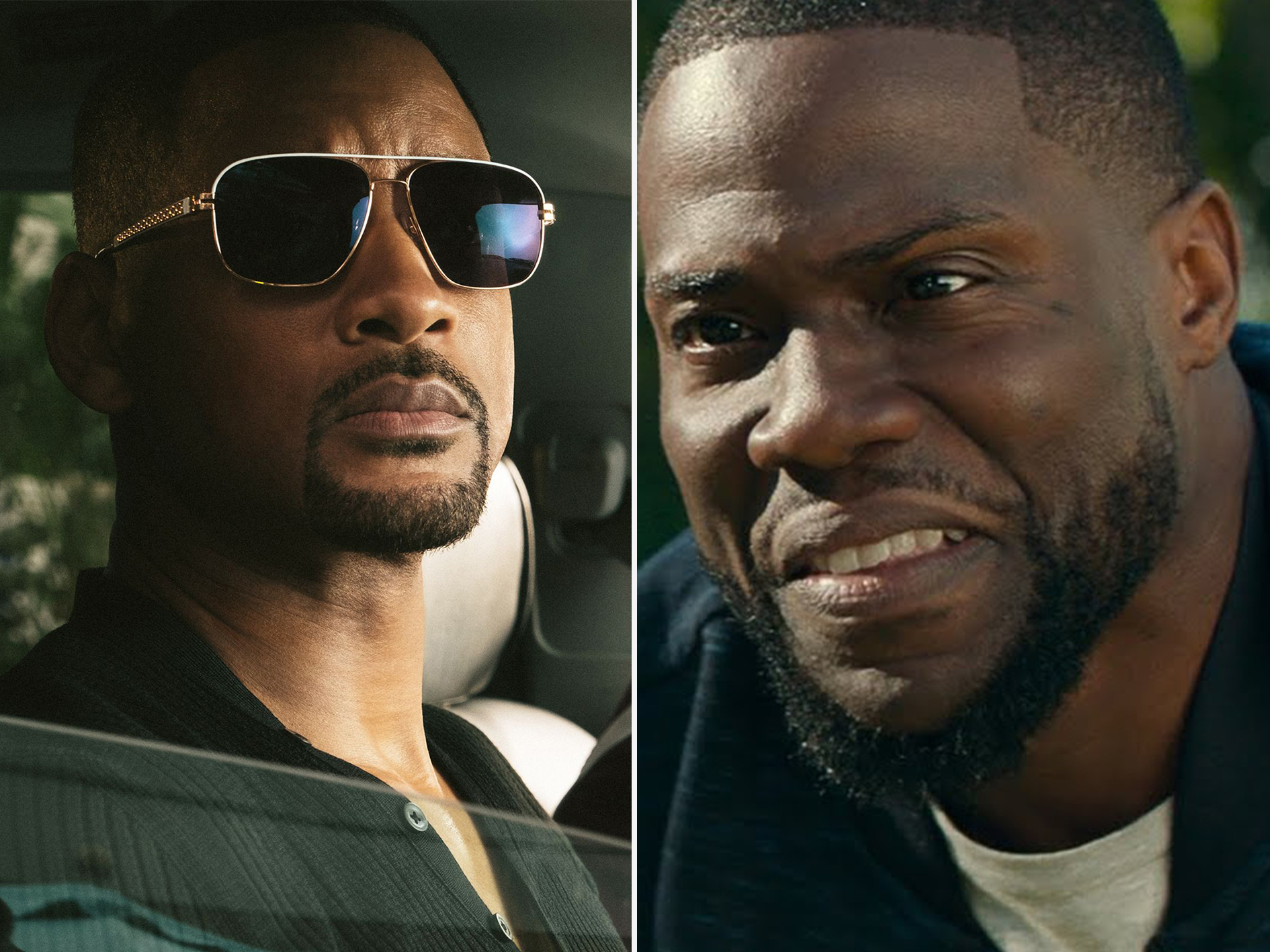 Earning $49 million at the box office off the back of a $30 million budget, Planes, Trains and Automobiles wasn’t the biggest commercial success on release. Today, however, it’s fondly looked back on as one of the best comedies of the 80s, and has become a perennial favourite for many around the Thanksgiving period.

As a result of this, many fans were displeased in August 2020 when it was announced that Paramount are working on a remake, with Will Smith and Kevin Hart set to star.