15 Discontinued Snacks We Need Back in our Lives

Was a delicious 99 ice cream on a Sunday afternoon? Or a Panda Pop in your school lunch box?

Whether it’s nostalgia, or the fact that snacks in the 21st century are healthier and less processed than they were in the 80s/90s, today’s grub just isn’t the same.

Sure, modern snacks might have less sugar or questionable ingredients, but we’d knock a few minutes off our life for some Fizzy Jerks or a Cadbury Dream bar.

And I don’t care what you say, I’ll never forgive Cheese String for discontinuing its pizza flavour, or Starburst for introducing us to Joosters, then taking them away again. 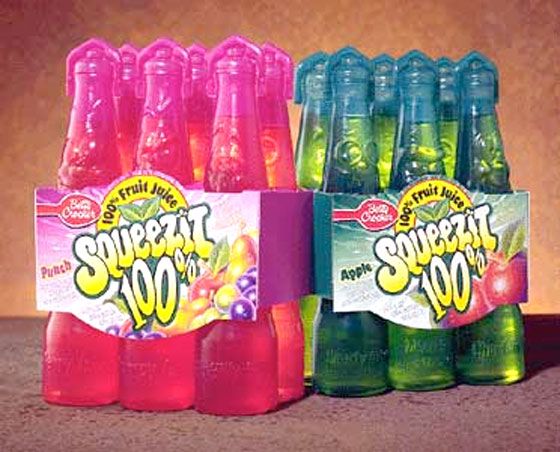 We don’t know why these were so appealing, they were literally just a juice box with a twisty top. Still, 80s/90s kids were obsessed with Squeezits. The bottles came with characters molded into the design, and were showcased by a TV advert with kids twisting a range of poor, plastic blokes’ heads off (it’s seriously disturing). Each character had a fun name like “Chucklin Cherry” and “Grumpy Grape,” and was accompanied by the classic tagline: “Squeeze the fun out of it,” which in retrospect, sounds a little dirty.

The company later tried to build on their success with a range of “mystery flavours,” but in the early 2000s sales plummeted (probably because of the dodgy marketing tactics,) and Squeezits were gone forever. 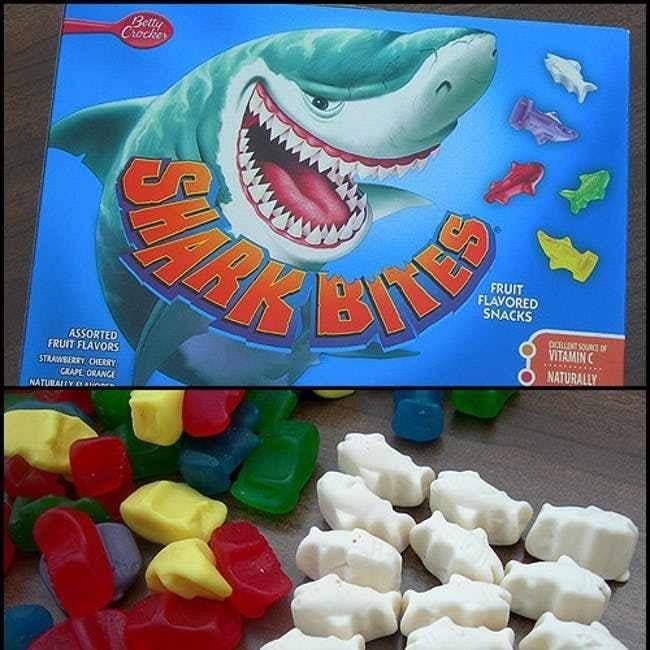 These fruity snacks were basically just a sugary version of Burton’s classic Fish and Chips. They were first released by Betty Crocker in 1988, and came in Red, Orange, Yellow, Purple, and White. Each colour represented a different fruit flavour, except the white shark – no one knew what the hell that was supposed to taste like, which is probably why it was eventually removed all together (the company said it was because they wanted to stop using artificial food colouring, but we know the truth). Shark Bites actually still exist, but they’ll never be as good as the original, super unhealthy recipe we enjoyed in our youth. 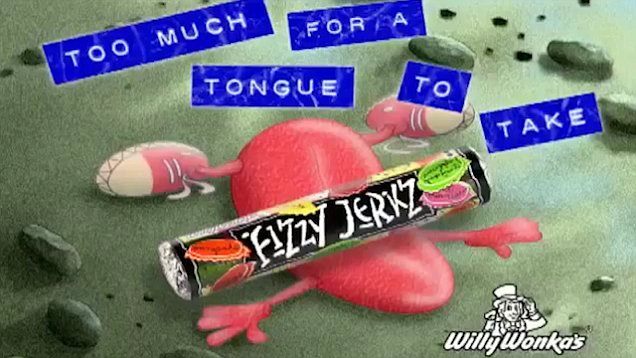 Everyone with taste buds knows that sour sweets are the superior choice. I mean, have you ever met anyone who prefers regular Haribo over Tangfastics? Didn’t think so. Anyway, Fizzy Jerks were the king of sour sweets in the 90s, because not only were they super sour, they were also fizzy! No greater feat has been achieved since.

Yes, the Cadbury flake is a classic for a reason, but we really miss Snow Flakes. Bringing these bad boys out was a stroke of genius, and taking them away from us was by far one of the stupidest business decisions in Cadbury’s history. However, the bastard’s relaunched them in Australia in 2015. Why do they care? They don’t even get snow! 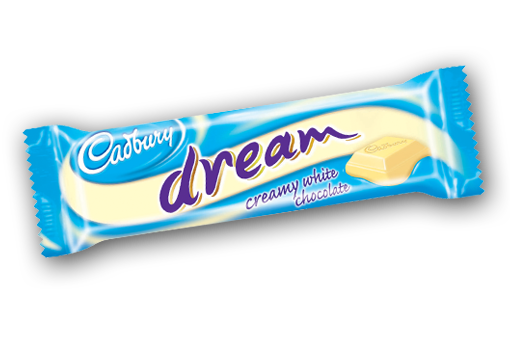 Another delicious white chocolate treat gone too soon. Seriously Cadbury, who runs your audience development department? Why did you think taking these off the market was a good idea? At least we still have Milky Bar. Nestle or the win!

I never got what these were supposed to resemble, I just knew that they were somehow related to the classic 80’s cartoon He Man. Still, they were delicious. We all know the true reason behind Brexit wasn’t politics, but because the EU outlawed these beloved floppy fruit jellies. Sigh. 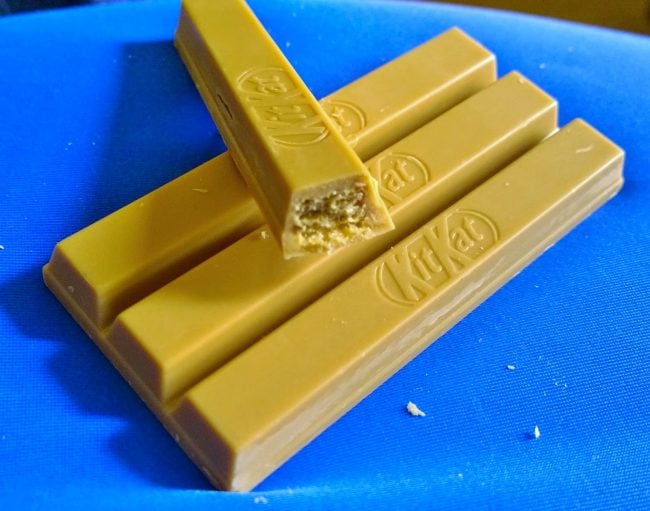 Caramac – good, Kit Kat – good, Caramac Kit Kats – THE BEST. A pairing to rival peanut butter and jam, or gin and tonic, when brought together these two greats made history. Sadly, it was not to last, and the caramel coating and wafer centred snack was discontinued in 2005. It came back briefly in 2007, only for our hearts to break once again when it was discontinued shortly after. Cruel. 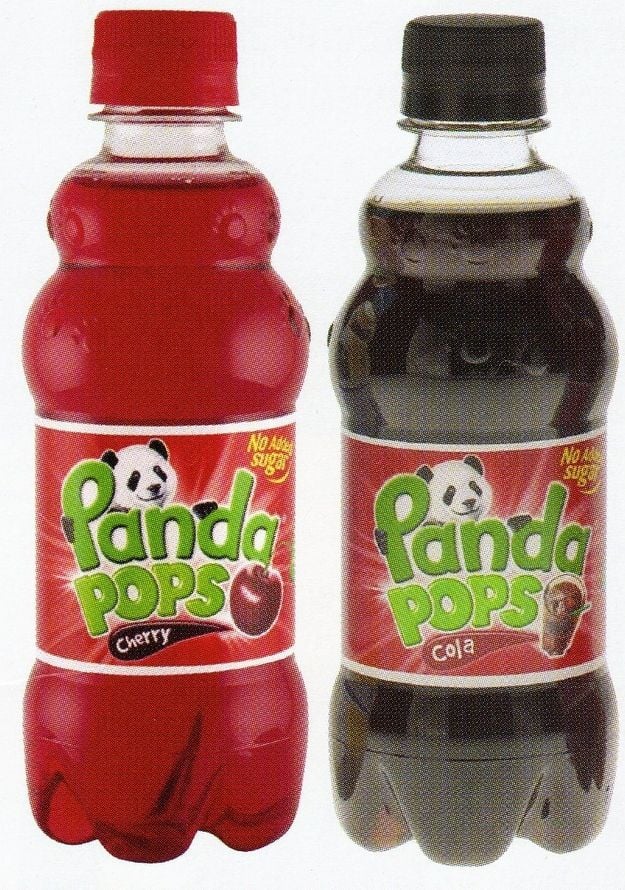 A school disco staple, Panda Pops are the definition of childhood nostalgia. Surely, only a monster would take this delicious fizzy drink away from thousands of British children, right? Well, it turns out that perhaps Nichols plc were right to discontinue the beloved beverage, due to the long list of dodgy ingredients. The last batch was taken off the shelves in 2011, but if Panda Pops were available today, we’d still risk it. 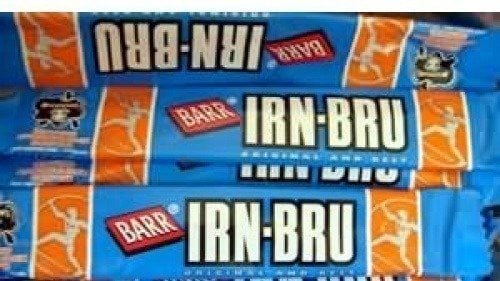 If you’re angry at the fact Donald Trump won’t allow cans of Irn-Bru on his Scottish golf course, then let me take you back to a much earlier Irn-Bru-related injustice. Irn-Bru bars were a little bit of everything – sweet, sour, soft, chewy, and very, very orange. There’s really not been a sweet like it since. Who cares if they ruined your teeth, all those fillings were WORTH IT. However, not everyone agrees, as the snack was discontinued after several people sued the company for dental damage. Some folks just have to ruin it for the rest of us. 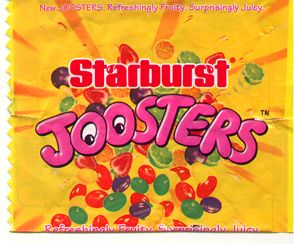 Jellybeans are a perfectly good sweet in their own right, but combined with Starburst they were next level. Joosters were the Frankenstein baby of the two, and despite the fact they were the shit, Starburst stopped making them. Some things are just too good for this world. 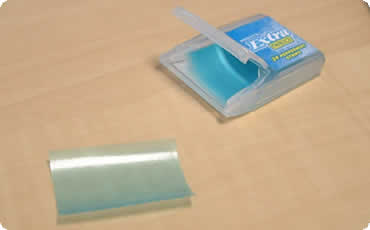 Who needs a toothbrush when you’ve got these babies in your pocket (but seriously, you should always brush your teeth). In all honestly, Wrigley’s Extra Thin Ice Sheets tasted awful and burned your tongue, but the novelty factor more than made up for it. 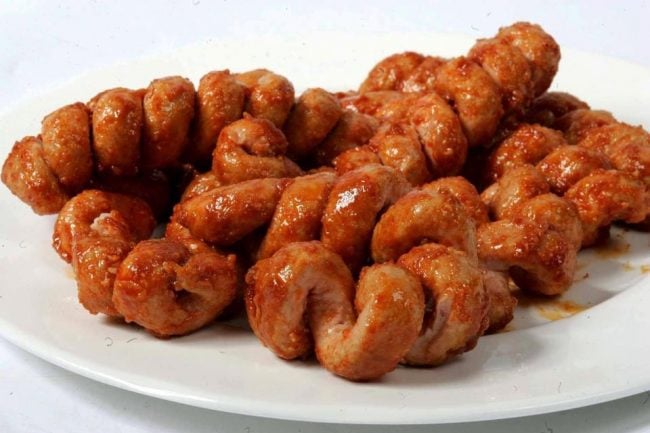 More of a meal then a snack, but still, for many of us Turkey Twizzlers were the best part of childhood. That was, until Jamie Oliver came along and ruined them. We didn’t care if they were processed or only contained 34% actual turkey meat, we loved them anyway. Alas, Bernard Matthews discontinued them in 2005 to avoid any more criticism.

These didn’t make a whole lot of sense. After all, the appeal of Polos is the feeling of putting your tongue through the gap in the middle (no, just me then?). Still, it was nice to know that those poor, abandoned centre pieces were being put to good use, even if they did just taste like a regular Polo mint. 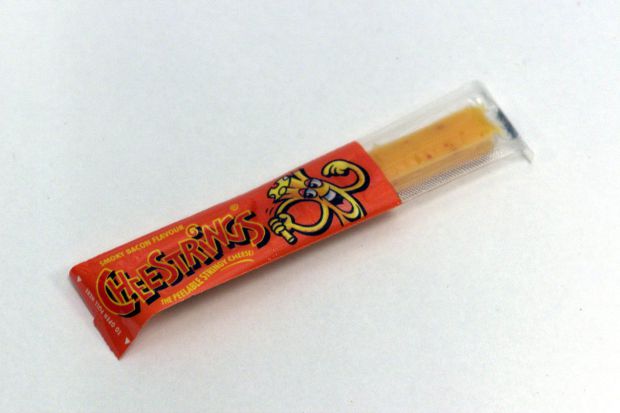 Cheese Strings on their own are pretty great, and thankfully they still exist. However, we’ll never forget Pizza Cheese Strings. Greasier than the normal Cheese String flavour, the only real difference was that it came with chives. Still, given the option we know what we’d choose. 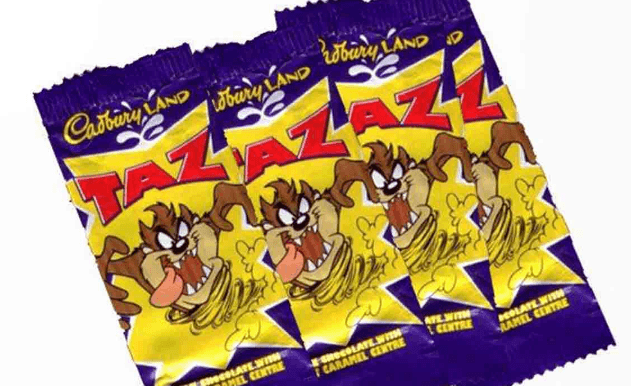 Seriously Cadbury, WTF IS WRONG WITH YOU. Yet another beloved classic taken in its prime, Taz bars were the only thing that came even remotely close to a Freddo in terms of quality. I mean, it had caramel. We know that Cadbury released a Caramel Freddo, but it’s the principal of the thing. Cadbury, you owe us big time!