15 Delicious Treats We All Loved Eating As Kids

Food, glorious food! Long before the days of government health drives and Jamie Oliver making our school meals healthy, a delightful array of snacks and sweets were available for us to consume – most of which weren’t good for us at all!

Below are 15 of our very favourite foods from the 80s and 90s, including some which are still available today, but others that are just a sweet memory… 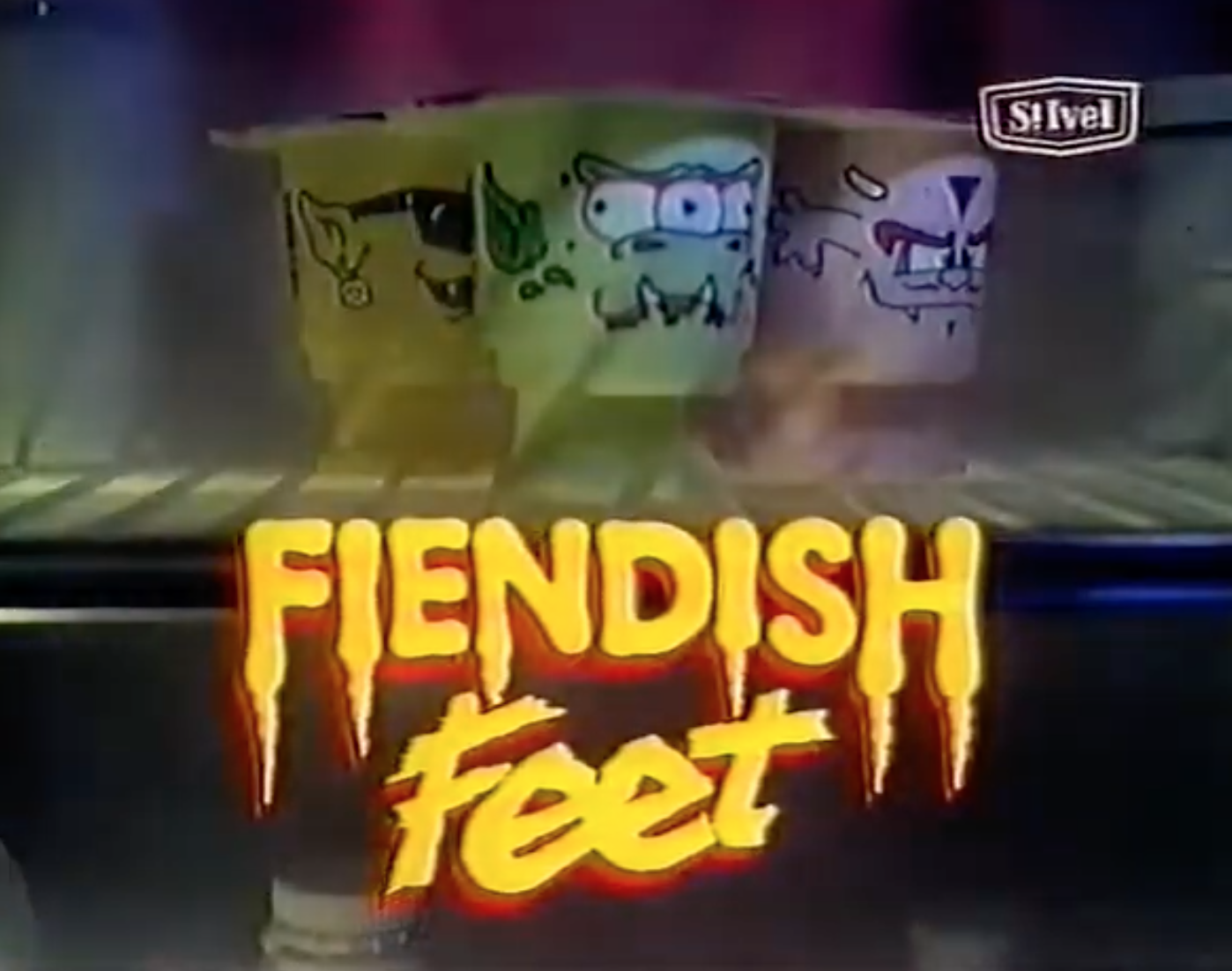 Normally yoghurts weren’t very exciting at all. But then along came yoghurts housed within delightfully fiendish monsters that were able to stand on their own two feet, and boy, were we excited! 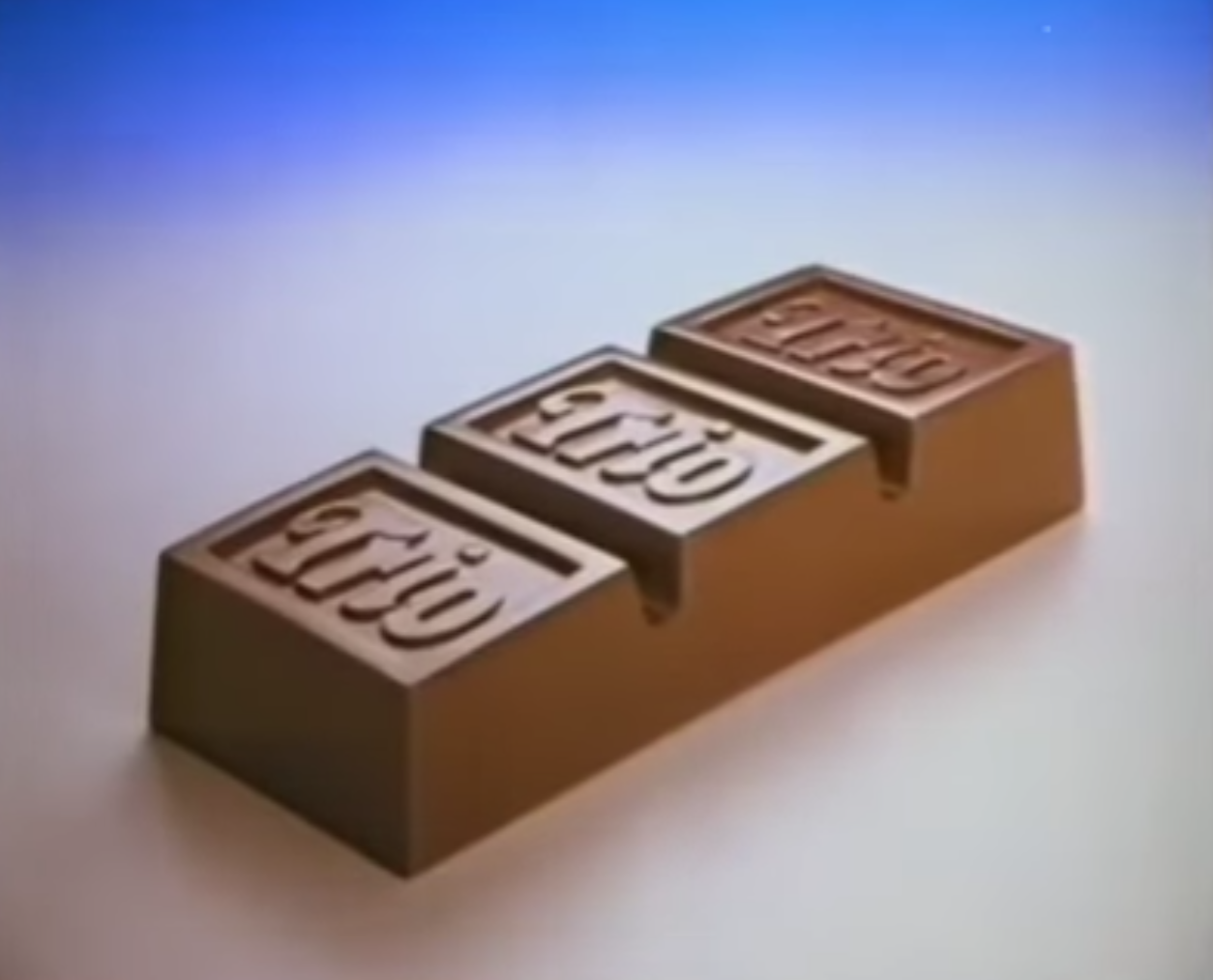 When it came to chocolate biscuits for your lunch box, Trio was always one of our favourites back in the old days. Made in three segments, it blended delicious chocolate and biscuit with a tasty toffee filling.

Trios were especially popular among youngsters thanks to the memorable TV ads animated by Bob ‘Henry’s Cat‘ Godfrey, featuring the memorable jingle and tagline, “I want a Trio and I want one now!” 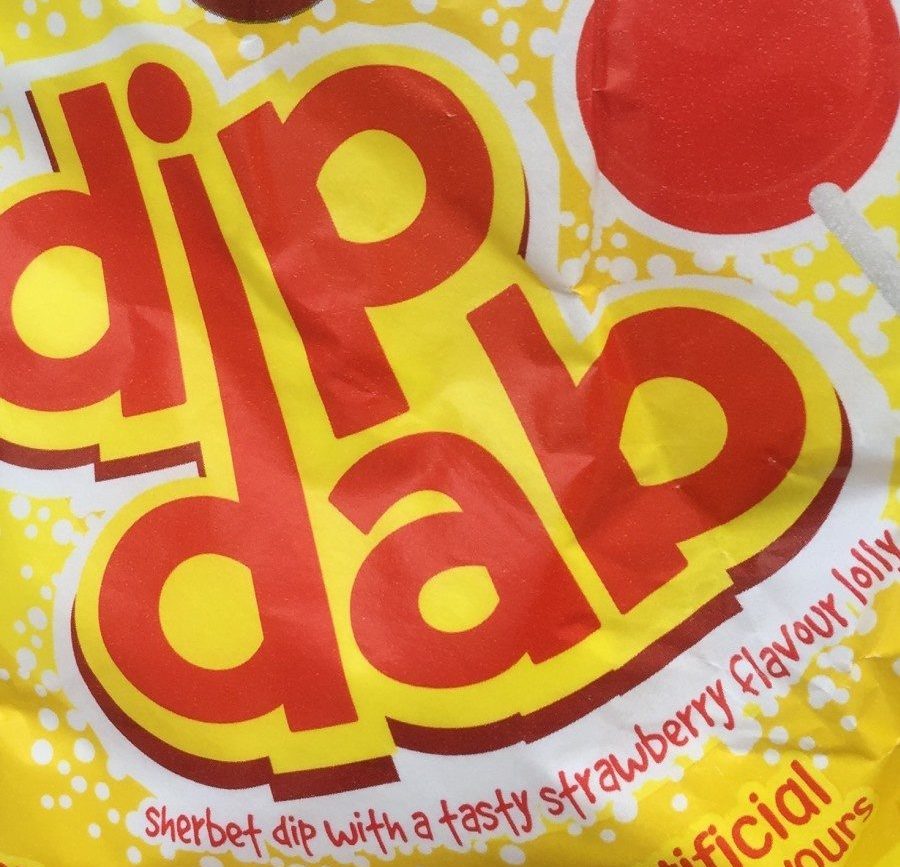 Sherbert dip has one of the classic sweets for well over a century, but confectioners Barratt made it feel as good as new for us with Dip Dab, which combined the sugary powder with a sweet lolly.

Happily for those of us who still have a sweet tooth, Dip Dabs are still on sale today; once a classic, always a classic. 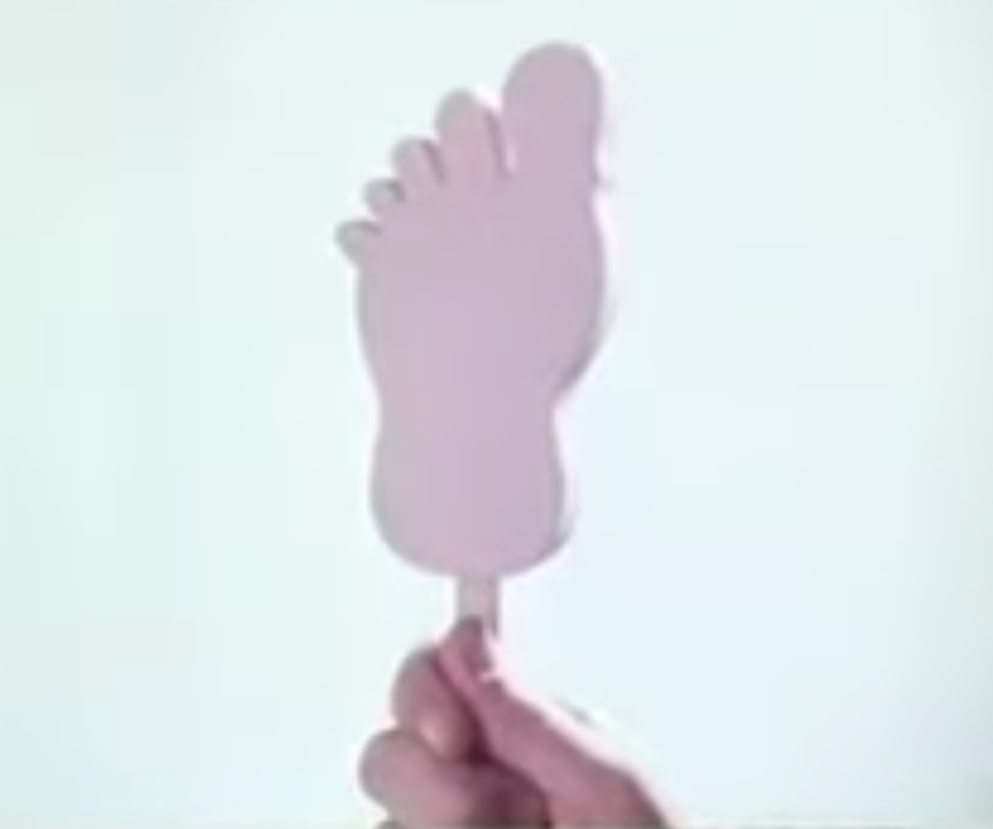 Many of us would find the idea of gnawing on a human foot a bit icky, but if it’s a strawberry ice cream bar in the shape of a foot, somehow this is a lot more appealing! 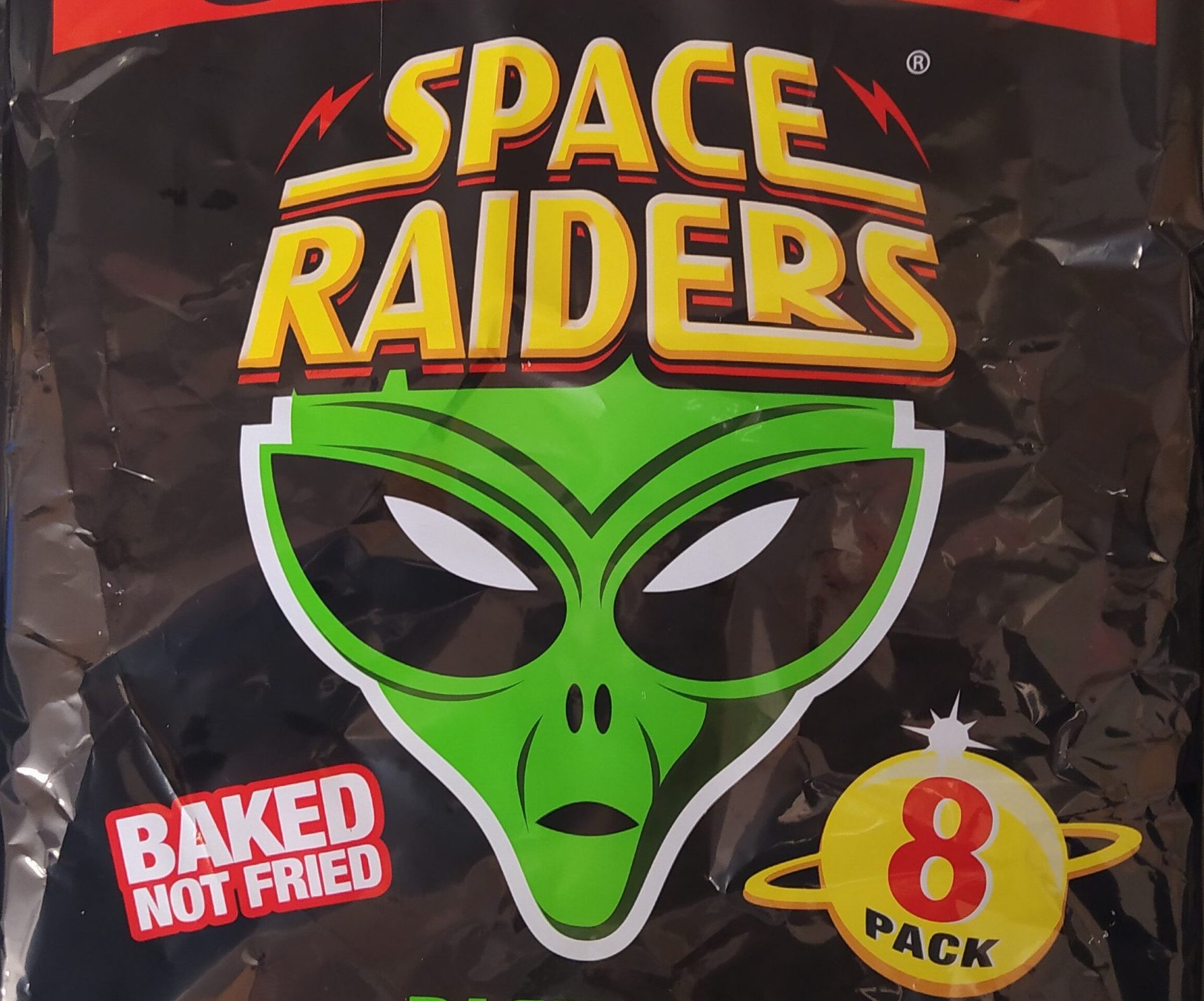 In the old days, Space Raiders also featured a tiny sci-fi comic strip on the back of the bag, which only added to the feeling that we were getting a lot of value for our money. 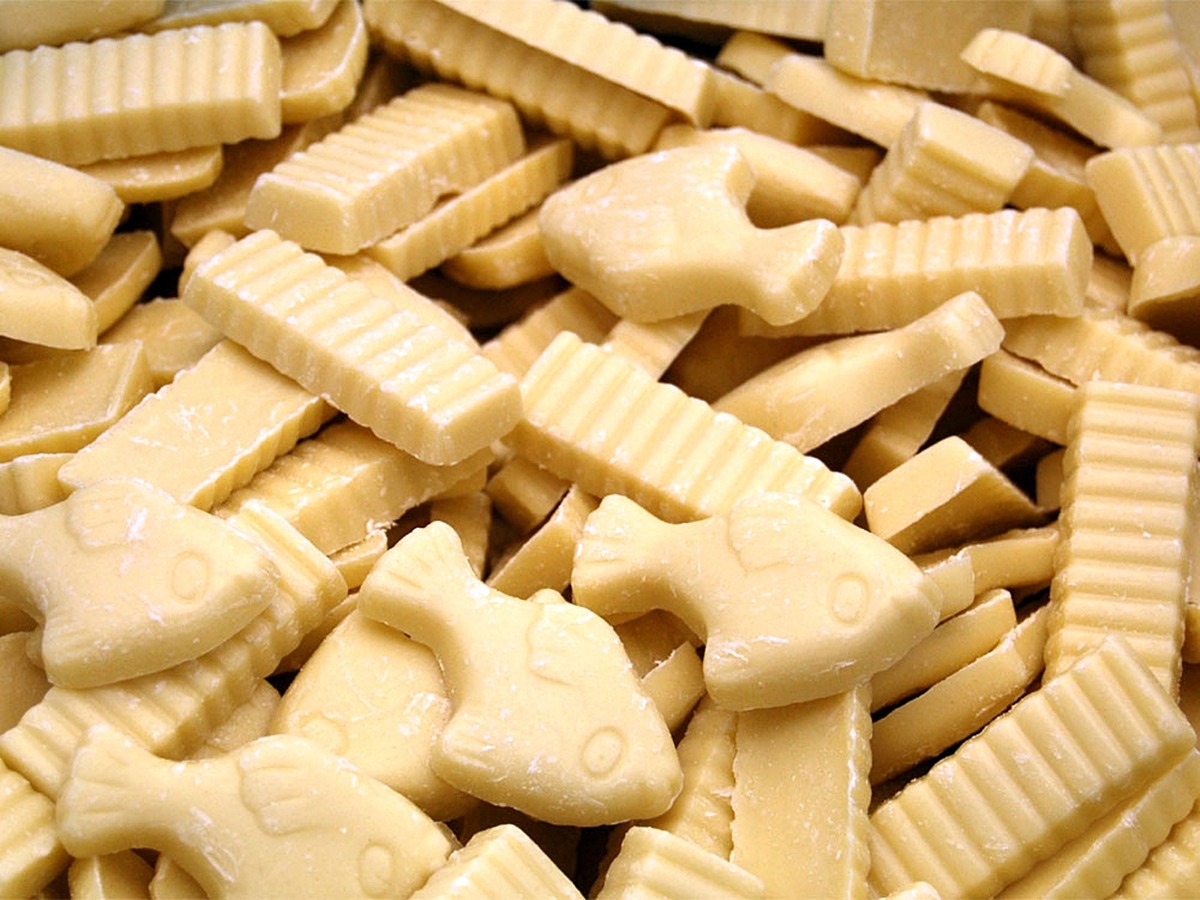 Who remembers purchasing penny sweets from a counter in their local newsagents? This childhood past time hasn’t completely died out today, but it’s not as prevalent with the current generation as it once was. 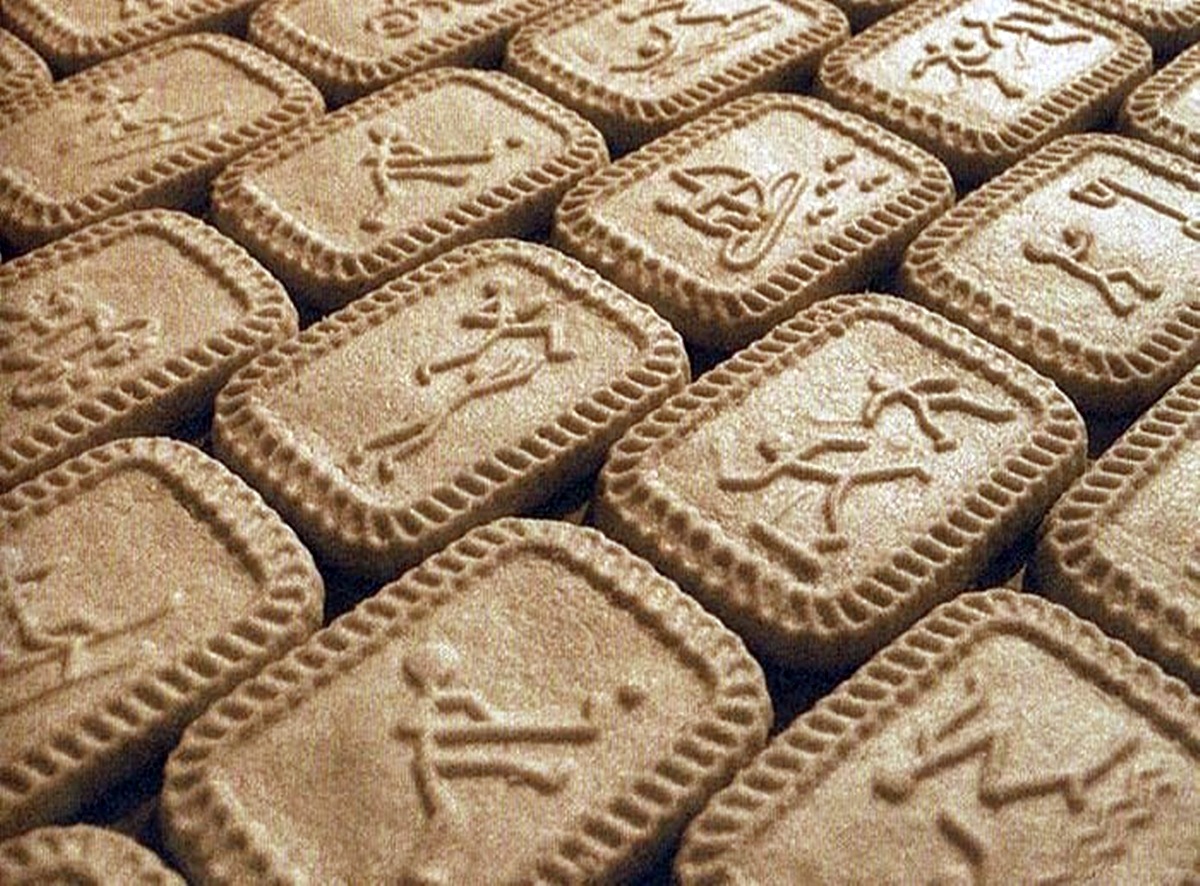 A product of the great Fox’s Biscuits, Sports Biscuits were a very simple plain biscuit, with no chocolate or fancy flavouring. Kids still couldn’t get enough of them, though.

As much as we loved eating them, a big part of the appeal was looking at the distinctive pictures on each biscuit. Figuring out which sport the stick men were doing wasn’t always easy! 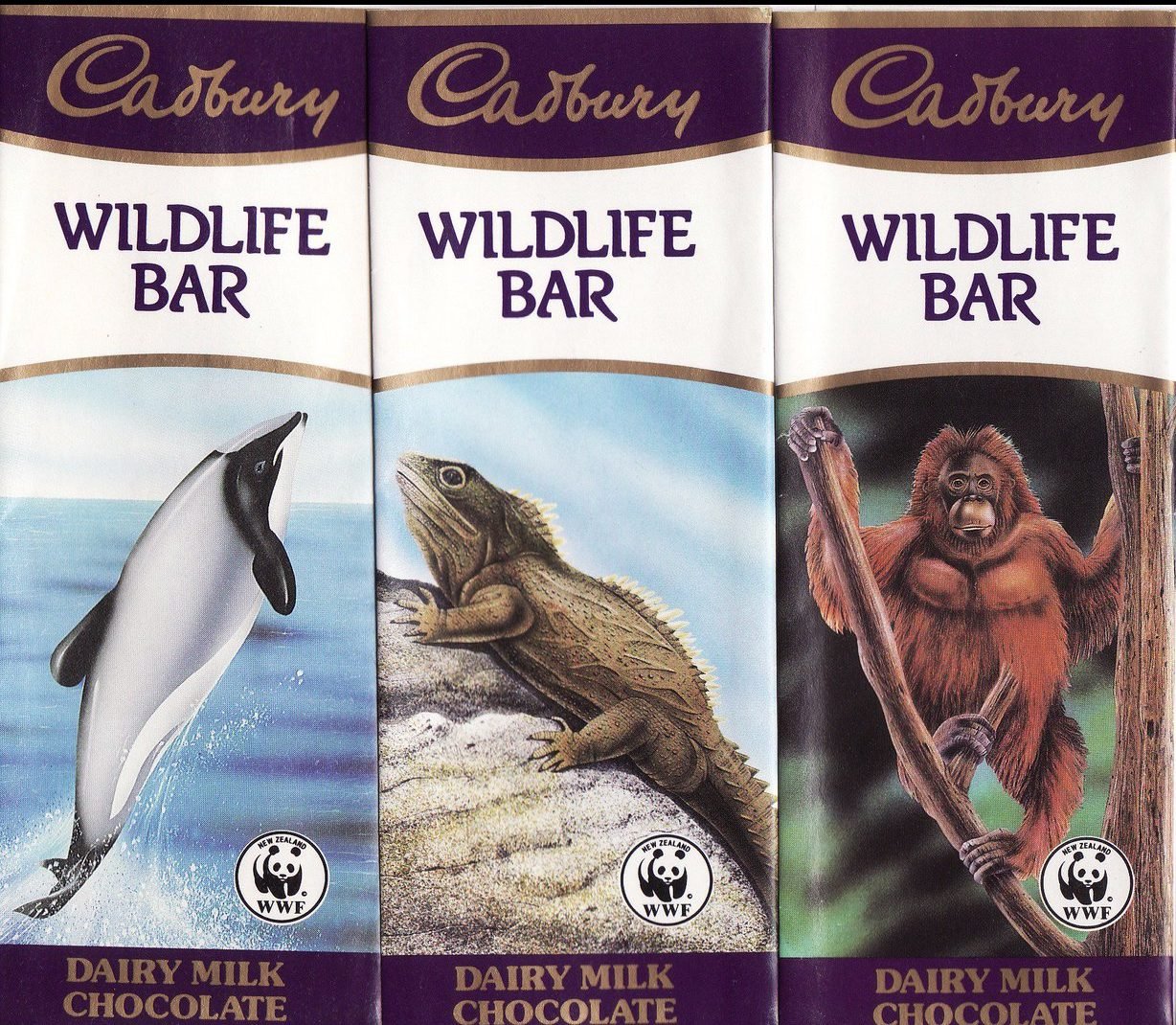 Cadbury’s Dairy Milk has always been one of the most delicious chocolates around, and we never tire of the taste regardless of the packaging. Even so, an eye-catching wrapper goes a long way.

Wildlife Bars were a popular Cadbury’s product back in the 80s and 90s. The wrappers featured all manner of exotic animals, and because the bars were produced in conjunction with the World Wildlife Fund, they made eating chocolate feel like a selfless, charitable act! 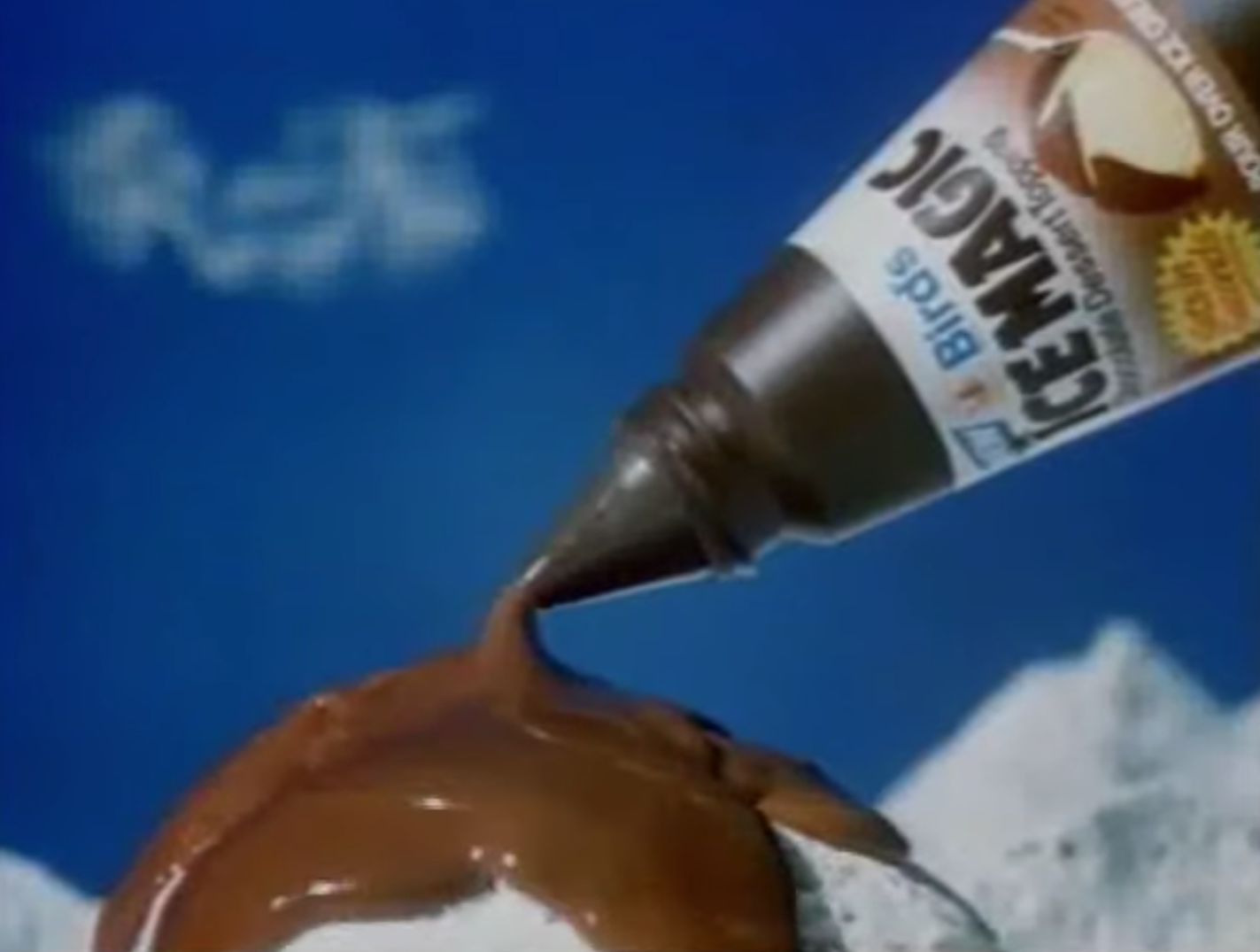 Ice cream is always great, but getting to add your own toppings always boosts the joy. Take Bird’s Ice Magic, a runny chocolate sauce which you poured on your ice cream, only for it to harden within minutes, creating your own homemade choc ice.

We have no idea what science was employed to create this miracle of modern desserts, but we were too busy scoffing it to care. 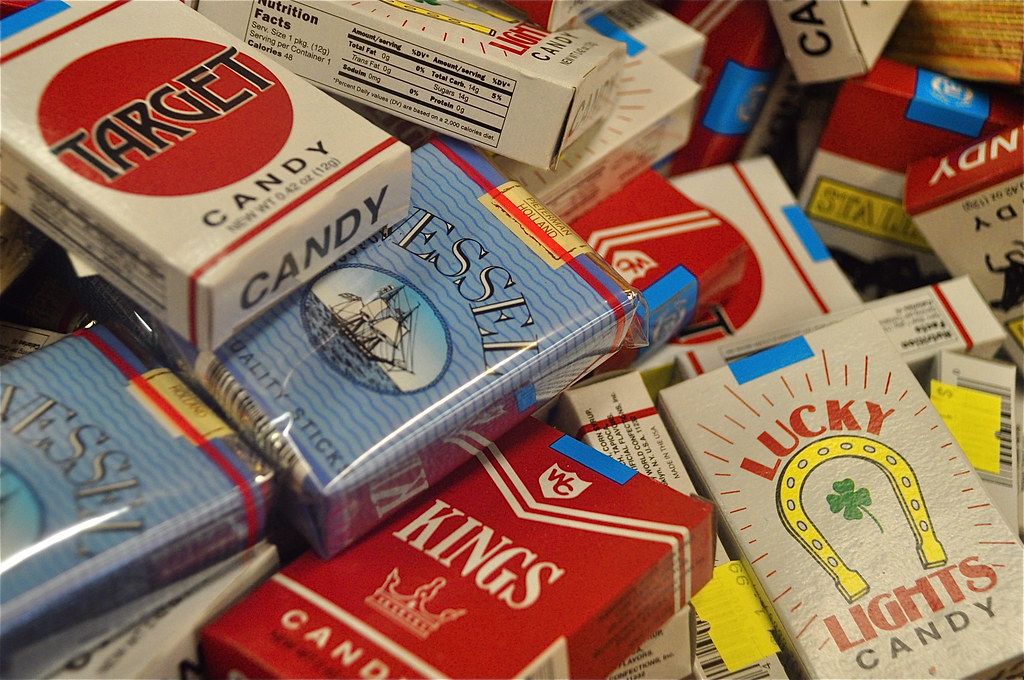 Once upon a time, confectioners thought nothing of slyly making the idea of smoking more appealing to youngsters by making edible candy cigarettes, and selling them in boxes very similar to real cigarettes.

With time, the packaging on these boxes was redesigned to distance the product from real tobacco. 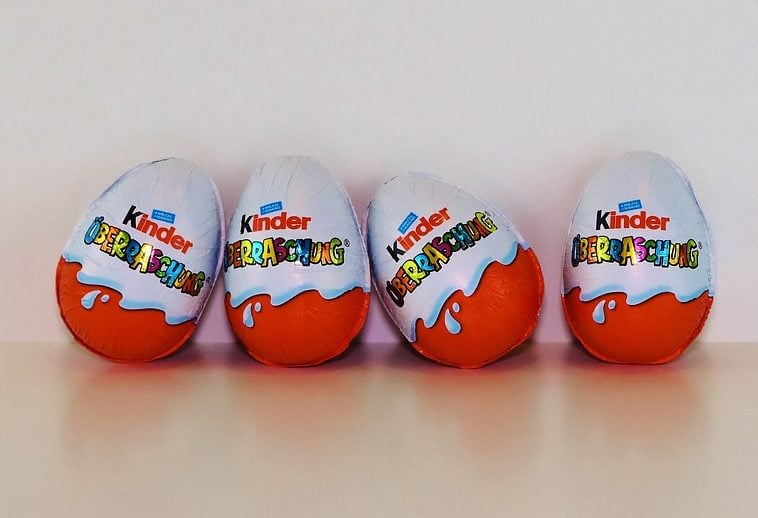 If there’s any way to make chocolate even more appealing to an impressionable youngster, adding a toy into the mix is a good start. Kinder Surprise chocolate eggs did just that, and we couldn’t get enough of them.

Kinder Surprise remains a big favourite of kids today, even if the toys they contain these days never seem as good as the old ones! 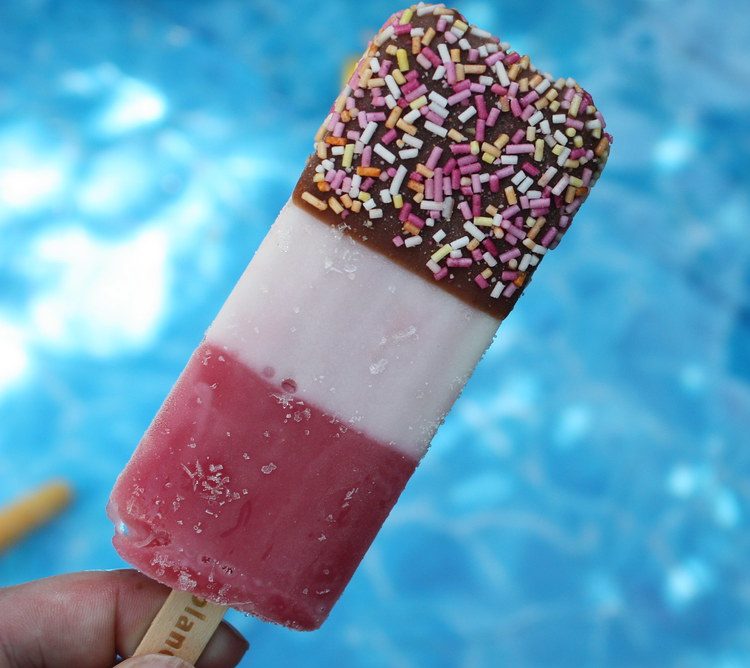 Always one of the best ice lollies on the market, the Fab Lolly is an inspired combination of strawberry ice, vanilla ice cream and chocolate with sprinkles, layered on top of one another.

Introduced by Lyon way back in 1967, Fab happily remains available to this day, although nowadays they’re made by Nestle. 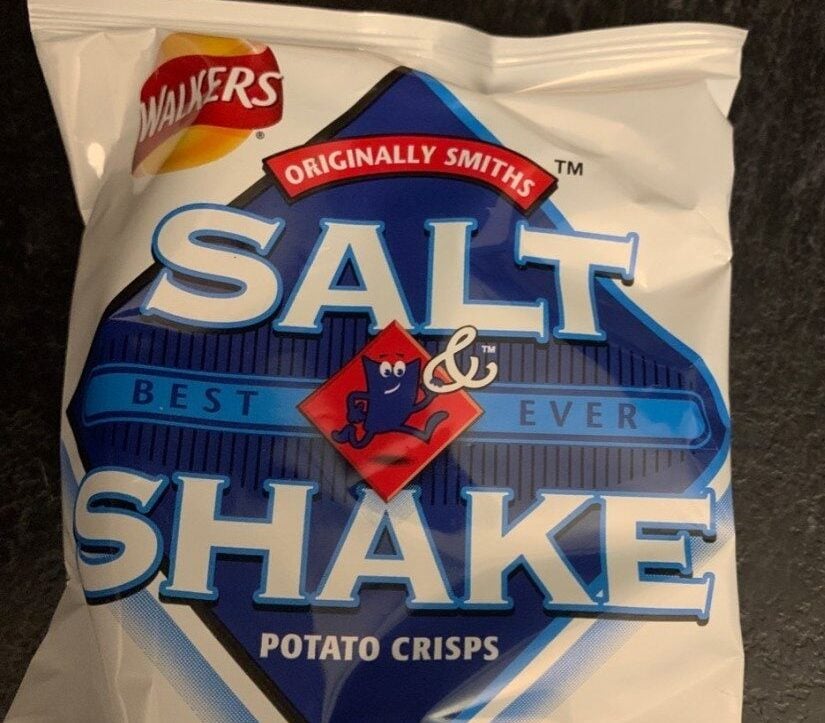 Ready Salted crisps are all well and good, but there was always a certain novelty about Salt & Shake. These crisps invited us to ‘look for the little blue salt bag’ which we had to open, insert and shake around the packet ourselves.

Somehow, having to do this prompted excitement, rather than concern about how much salt we were introducing into our diets! 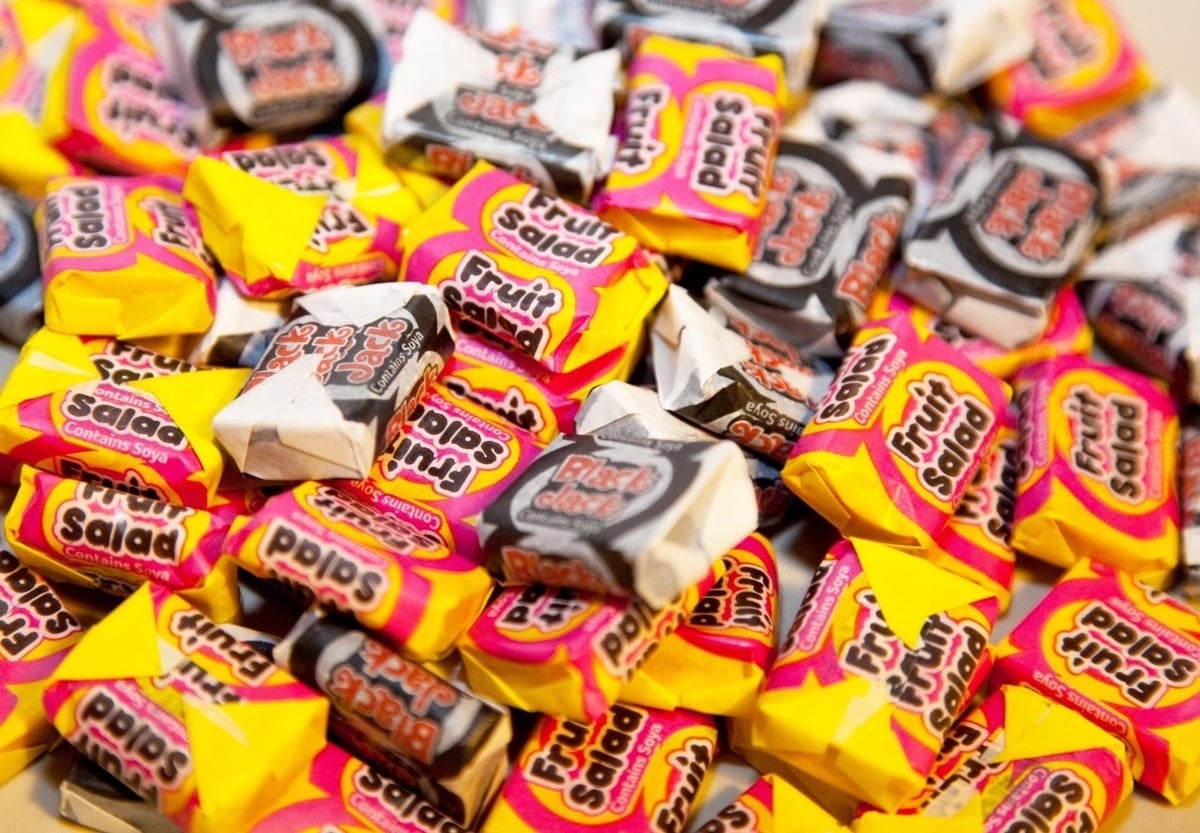 Another classic of the penny sweet days, no selection of sugary treats was ever complete without at least a few Fruit Salads and or Black Jacks in the mix.

The heavy aniseed flavour of Black Jacks wasn’t for everyone, but the super-sweet rush of Fruit Salad was always welcome. Mind you, we tended to almost break our teeth trying to bite through them! 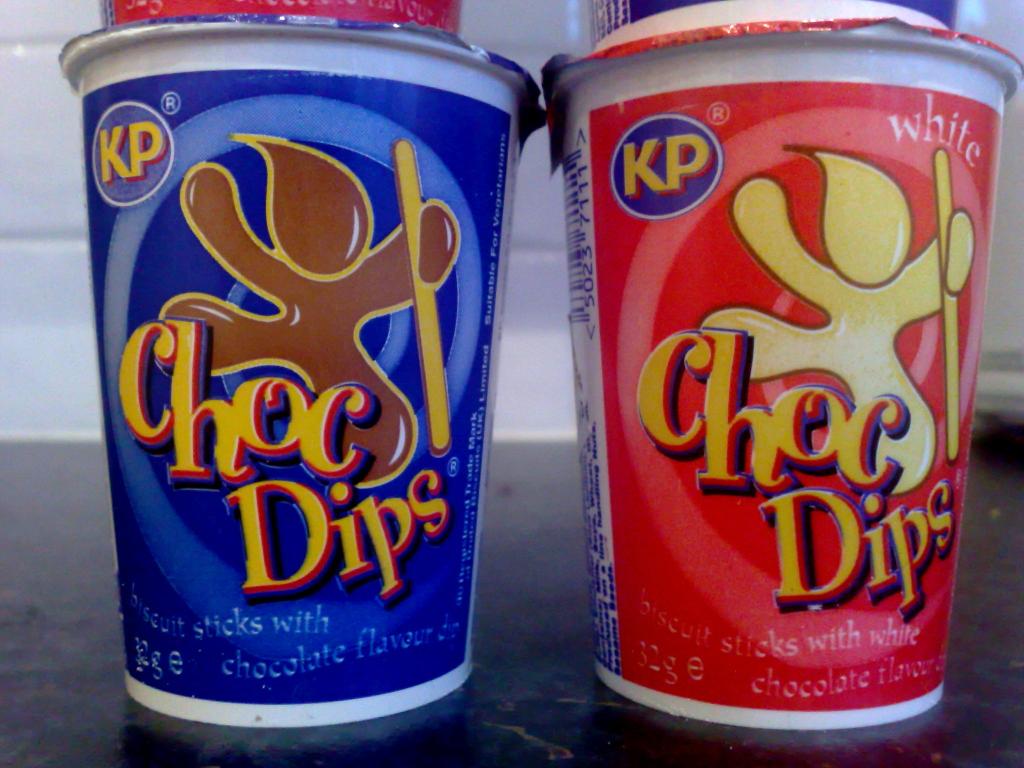 KP Choc Dips were another tasty treat that somehow made snack time more fun by making it a little more interactive. The little plastic pots contained a bunch of thin stick-shaped biscuits, and a little pot of chocolate sauce to dip them in.

As tasty as Choc Dips were, there never seemed to be quite enough chocolate – and it was always so thick we ended up breaking the biscuits off by accident!