As adults there are a number of childhood toys that we remember without any trouble whatsoever. We’re sure that most of you will be familiar with Care Bears, She-Ra and My Little Pony, but do you remember Popples, Grumples and Weebles? Please join with us as we take look back at the following 20 childhood toys that we suspect you may have forgotten about. 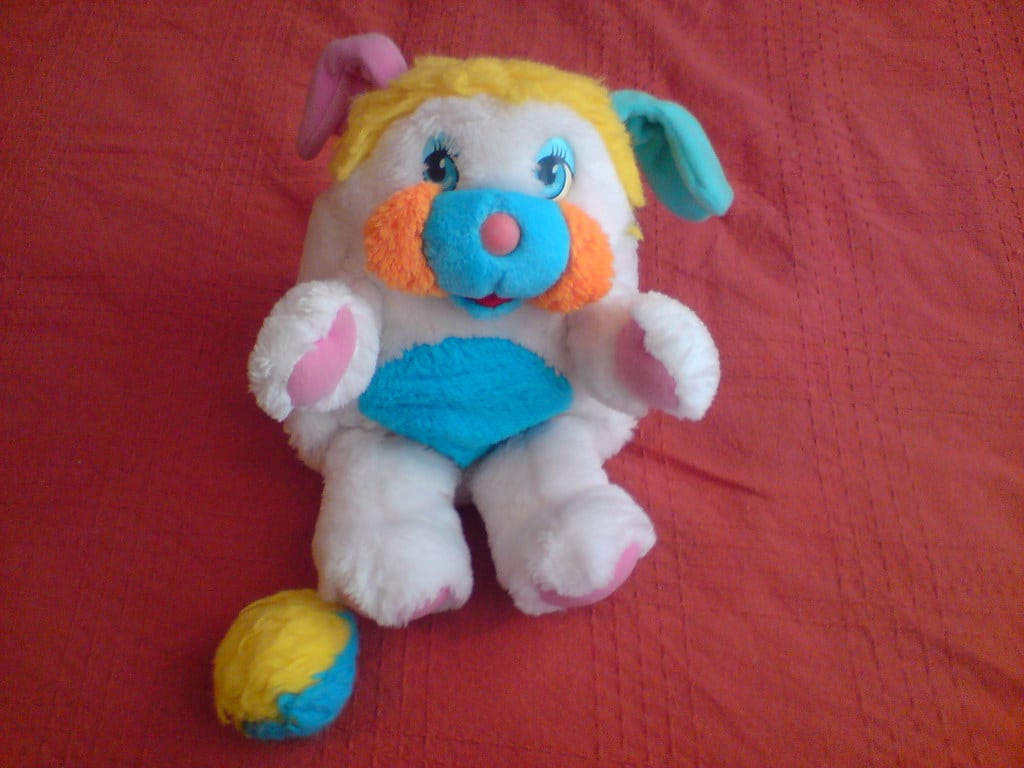 Popples were a toy first before expanding into a popular cartoon, and not only were they extremely cute, but you could also wrap them up into a ball thanks to the pouch that was attached to their backs. Did you own one? 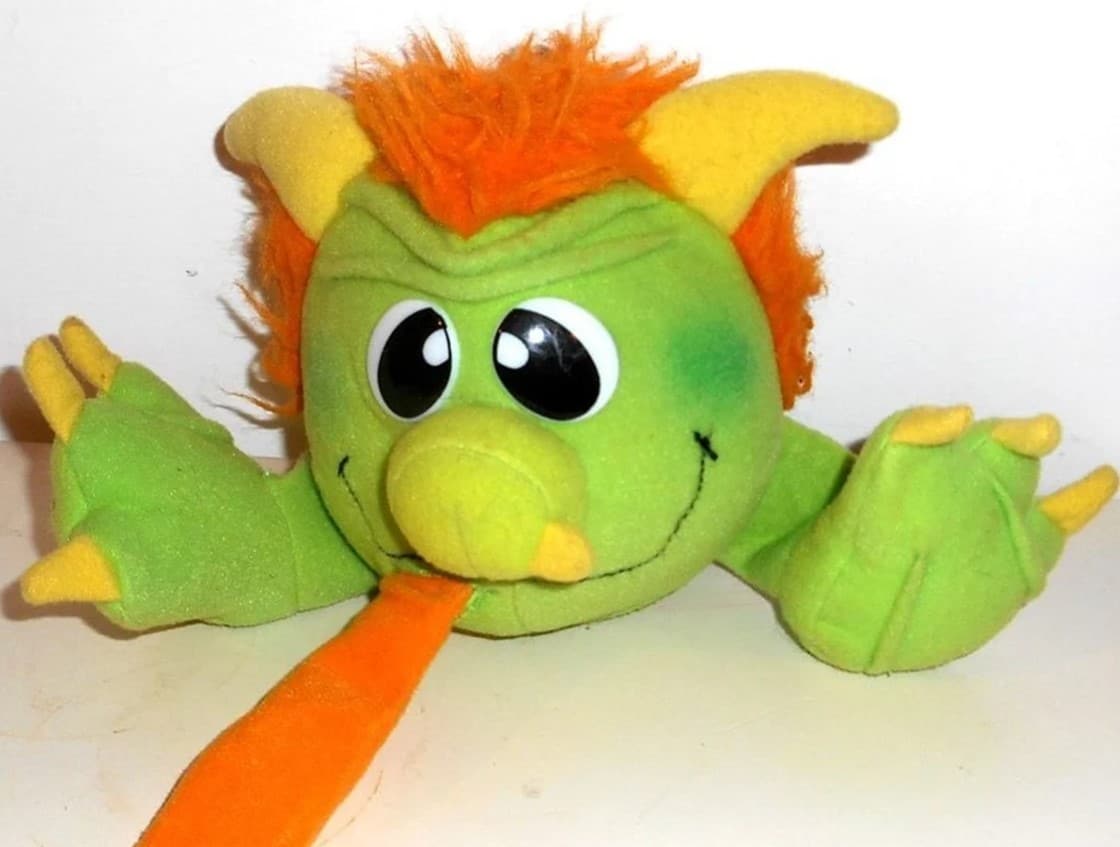 Grumples were bizarre looking creatures that somehow still proved to be rather popular. Did you have one of these strangely cute little critters? If so, which one? 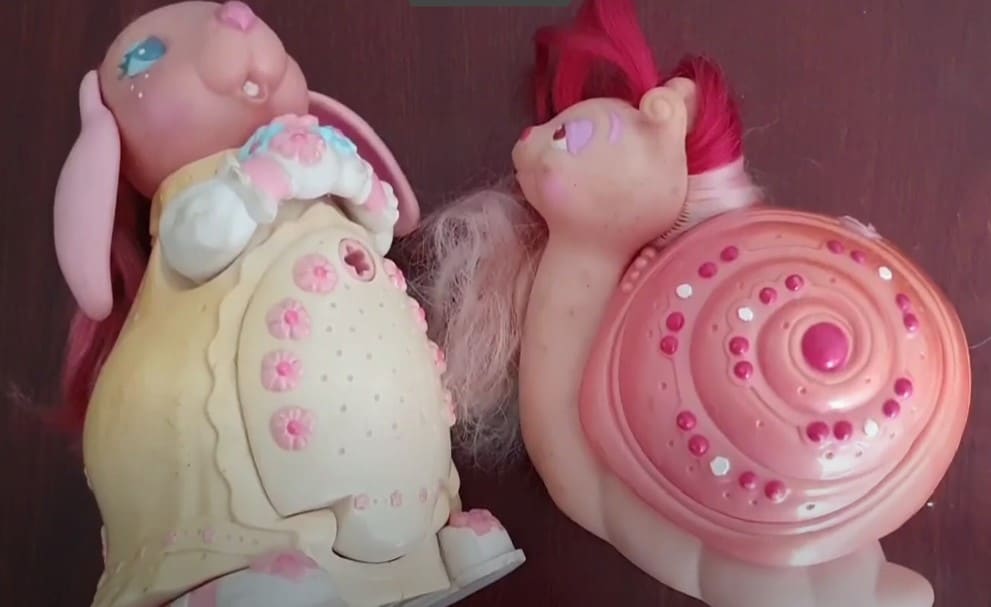 We know for a fact that many of you owned a Keyper, which of course doubled as both a toy and also a great place to lock away all of our little trinkets. Which did you have? The snail? The swan? And what did you keep in it, jewellery or your deepest, darkest secrets? 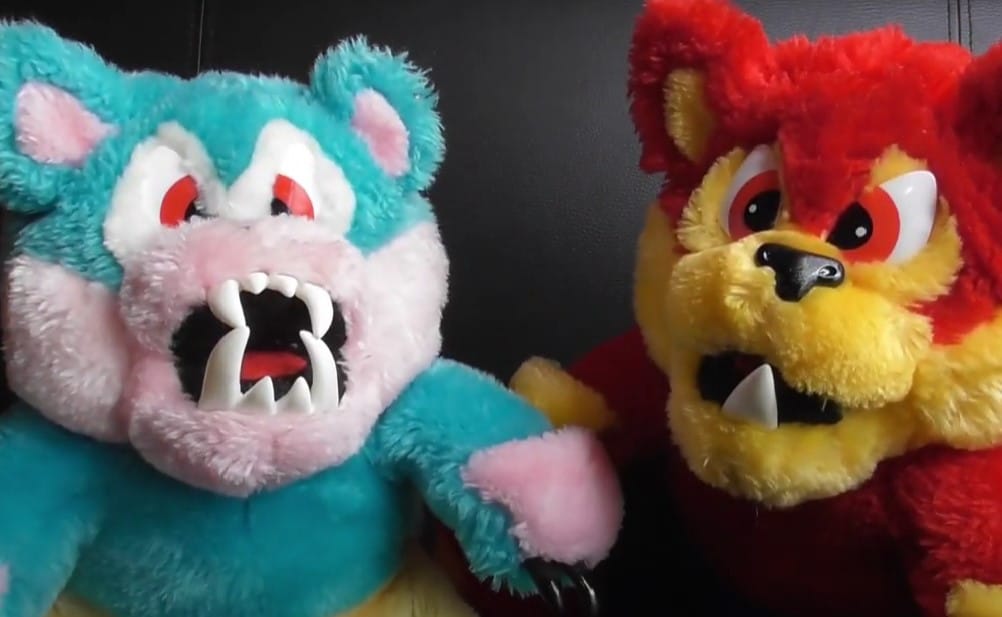 These were cute looking bears that could transform into grizzly looking ‘WereBears’? What wasn’t to like? Did you leave yours cute and cuddly, or did you have it as the evil were bear all the time? 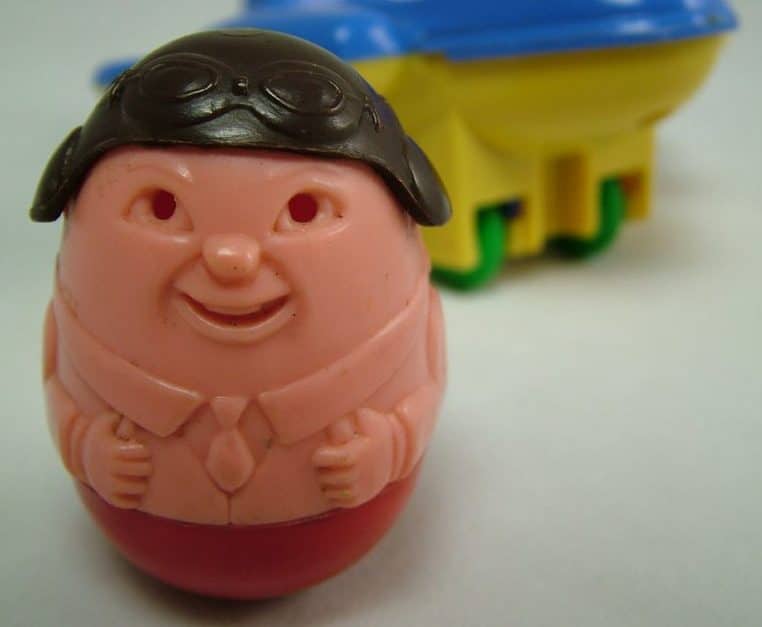 ‘Weebles wobble but they don’t fall down’ was the promise, and how true it was! Be honest, had you forgotten about them? Did you ever find a use for them? Did you have some of the proper characters like the witches and wizards? 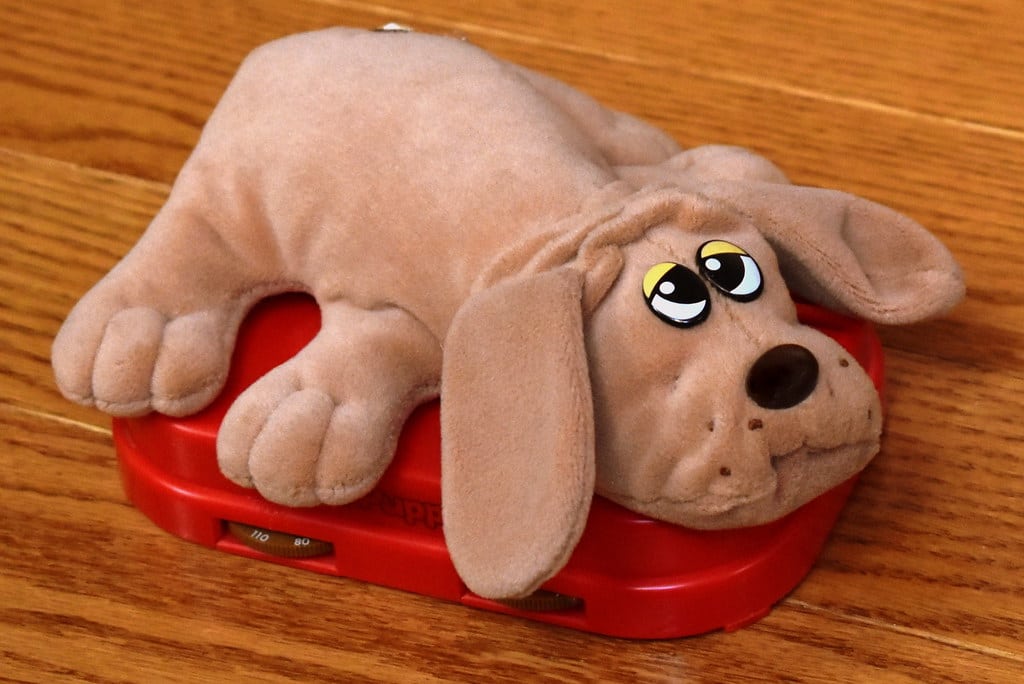 Pound Puppies tugged at our heartstrings by allowing us to adopt a sad and lonely looking toy dog, so of course we wanted one of these for our Birthday or Christmas! 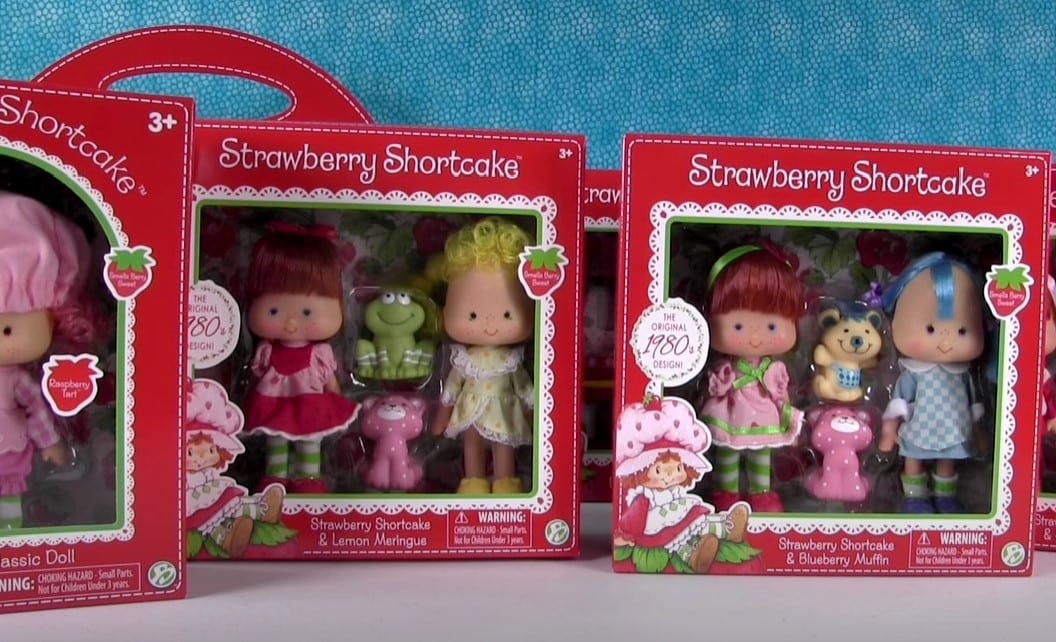 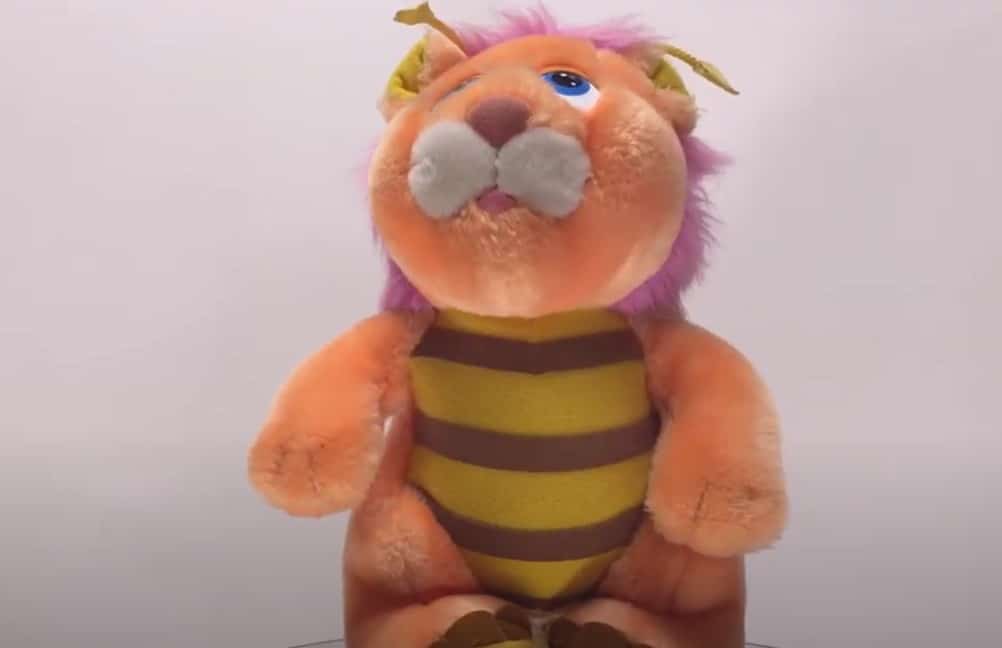 Did you own a Wuzzle? And if you did, do you remember which one? These cute little guys were a cross between two animals, such as Bumblelion who was a cross between a bee and a lion, or Rhinokey who was a monkey crossed with a rhino. 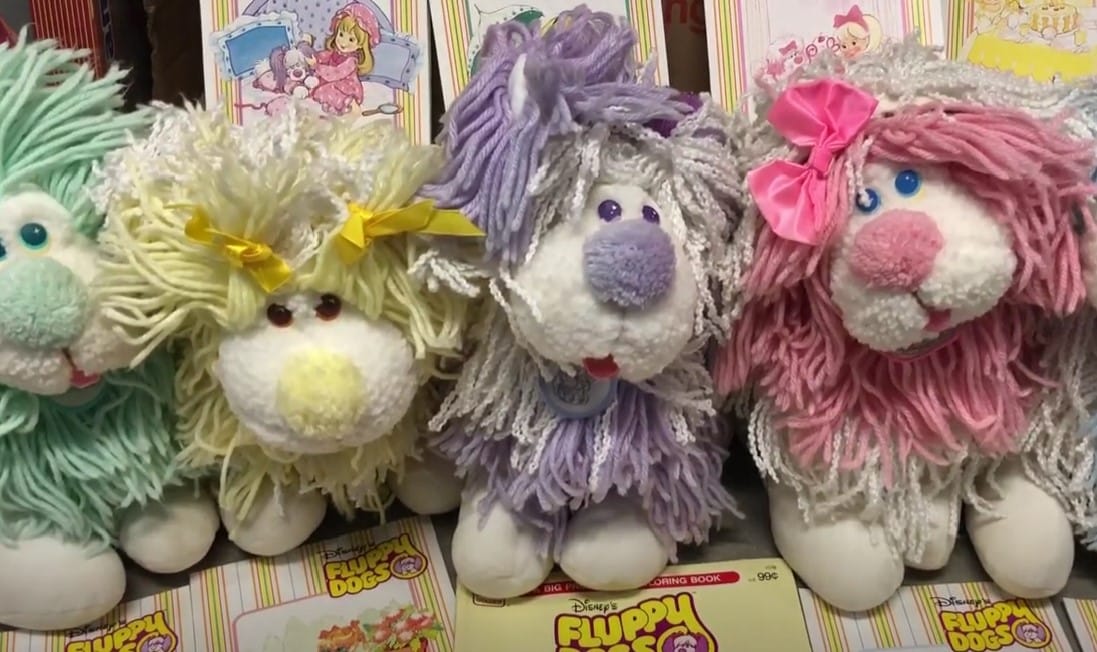 Fluppy Dogs began life as a Disney animation in 1986, and quickly turned into toys produced by Kenner. Basically like a dog shaped pom pom and not much more interesting but I’m sure some of you liked them! 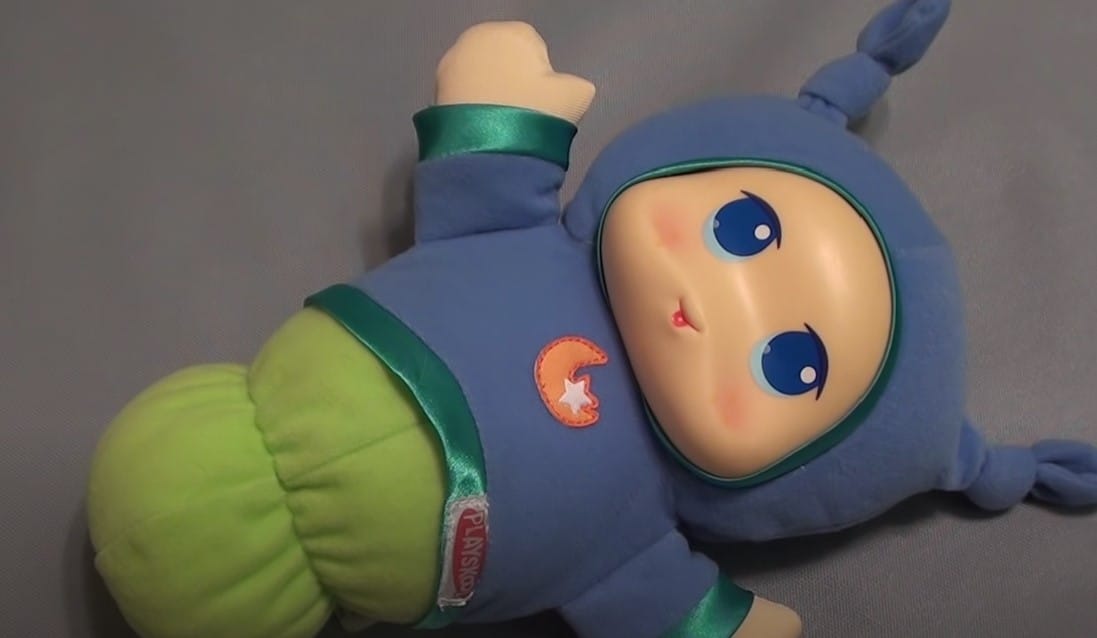 Ok, to be completely honest we suspect that very few of you will have forgotten about your Glo Worm, in fact we know that one or two of you still have them at home! 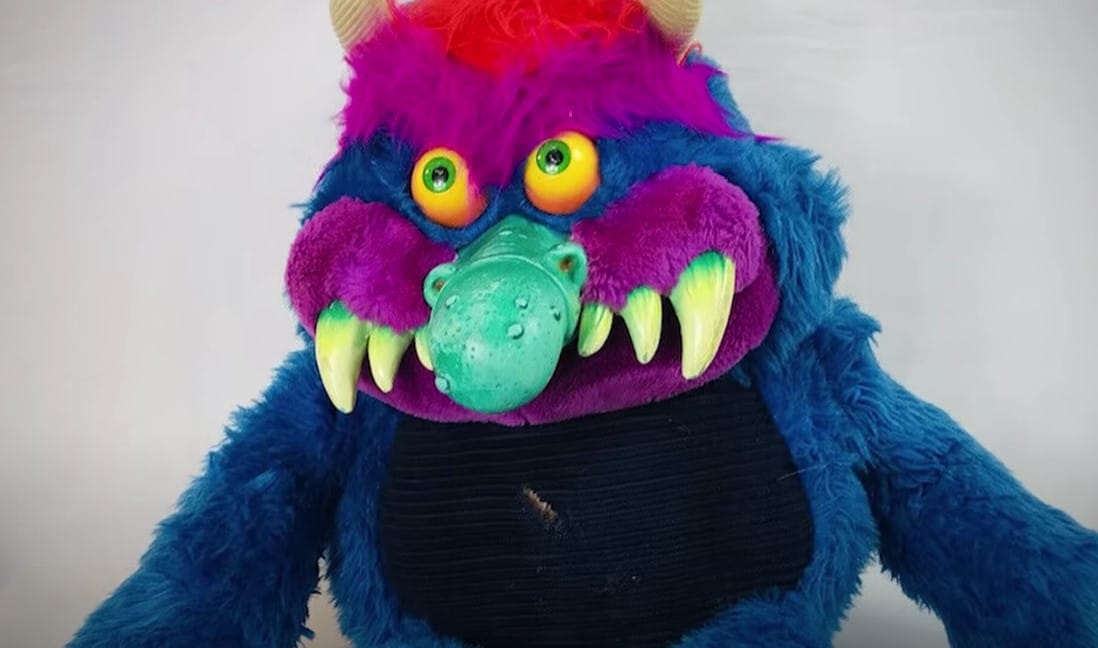 Finally we could have a monster as a pet, in real life and not just in our imagination! So of course many of us jumped at the chance to own one. 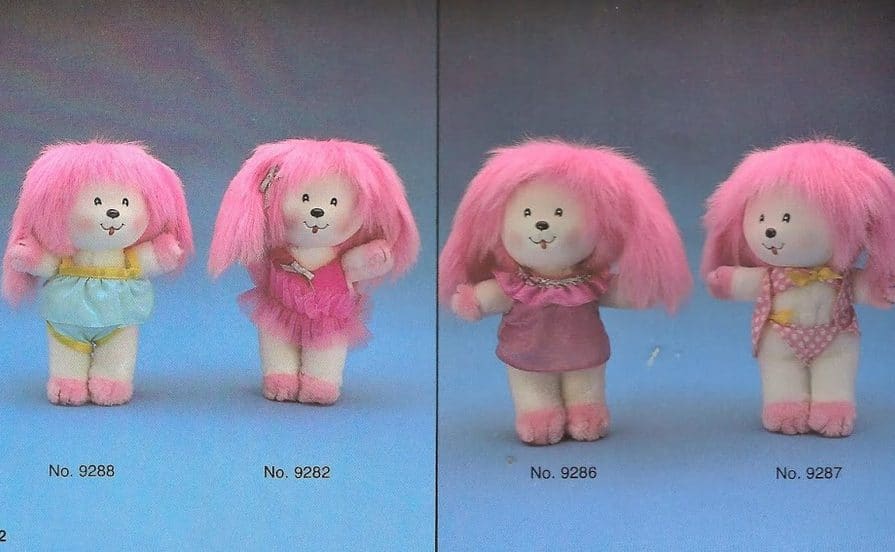 A cute little dog with its own sunglasses, Poochies were well loved by many an 80s girl. It seems to have come full-circle somehow that people now have real dogs that look like this in their handbag! 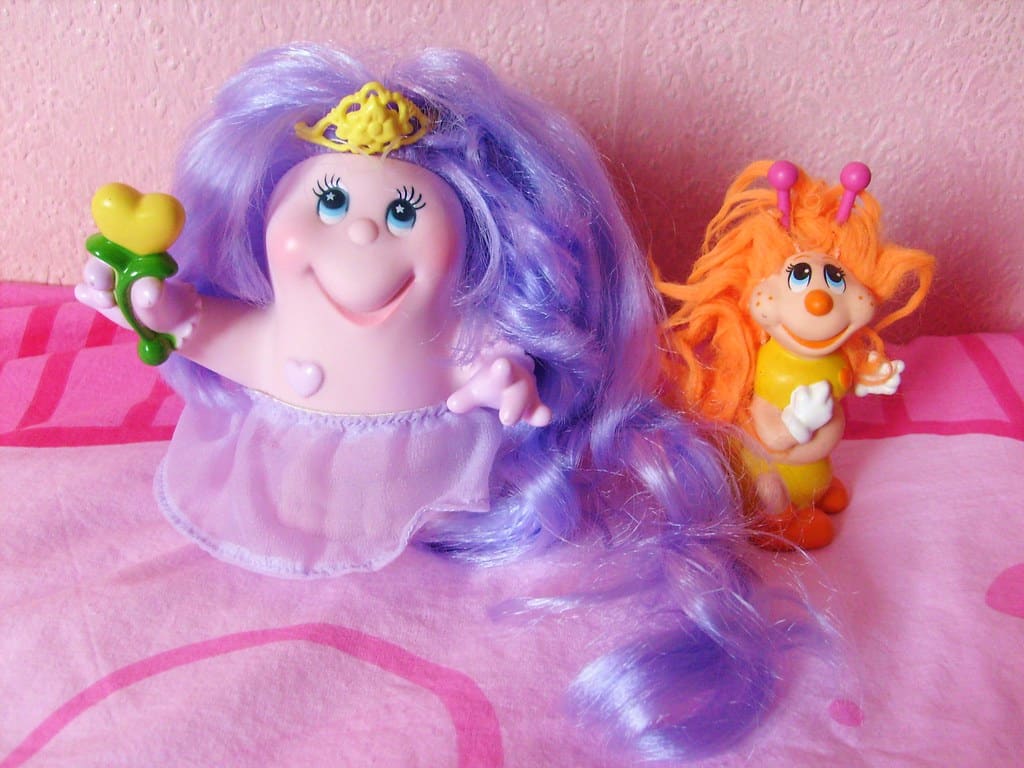 At the same time funny looking and cute, we know that many of you owned one of these when you were a kid. And who could resist a name like a Snugglebumm? It sounds like a hug-shaped toy! 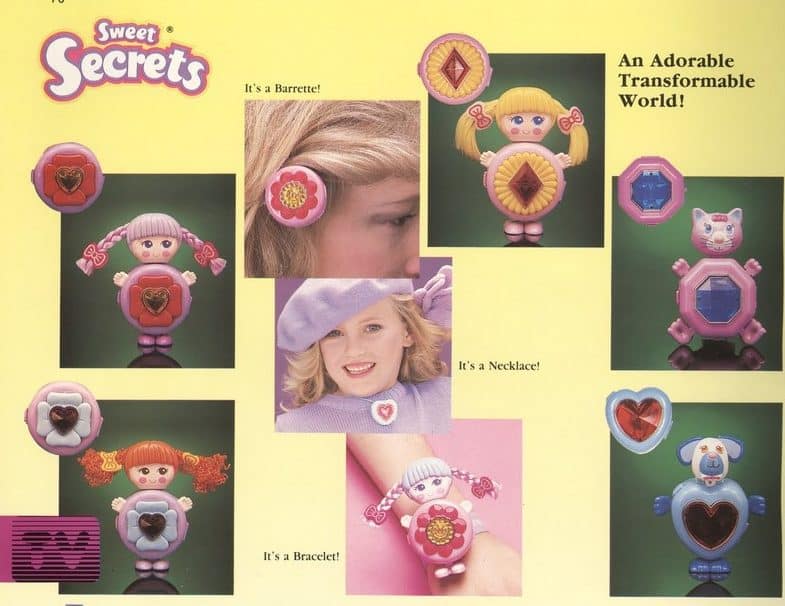 Remember Sweet Secrets? They started off as a series of lockets which transformed into dolls and animals, but as they grew in popularity they became far more diverse even had their own playsets. 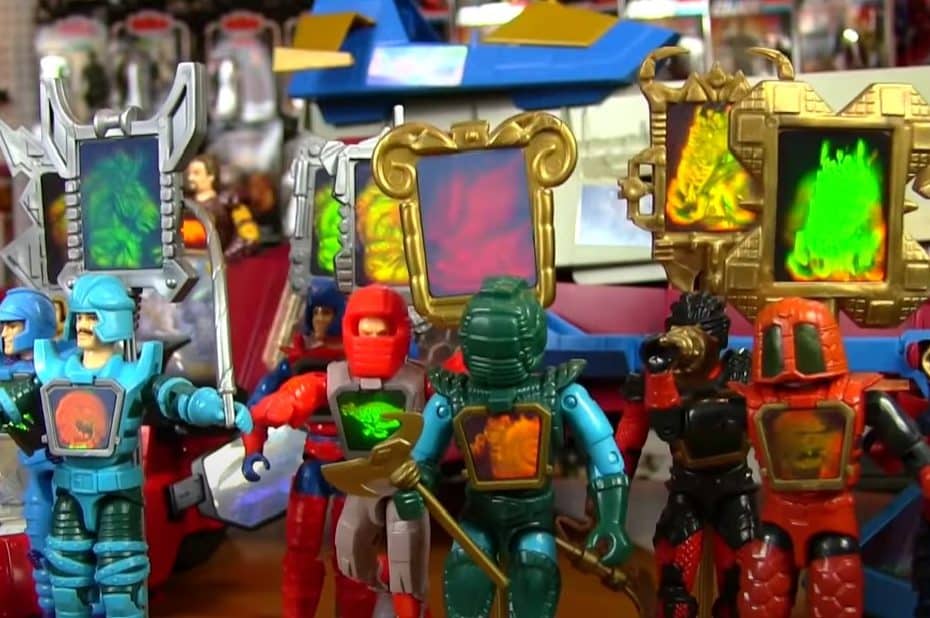 A popular action figure where each had a hologram to show their power and whether they were Earth, Water or Air based for their power, did you collect these and which did you have? 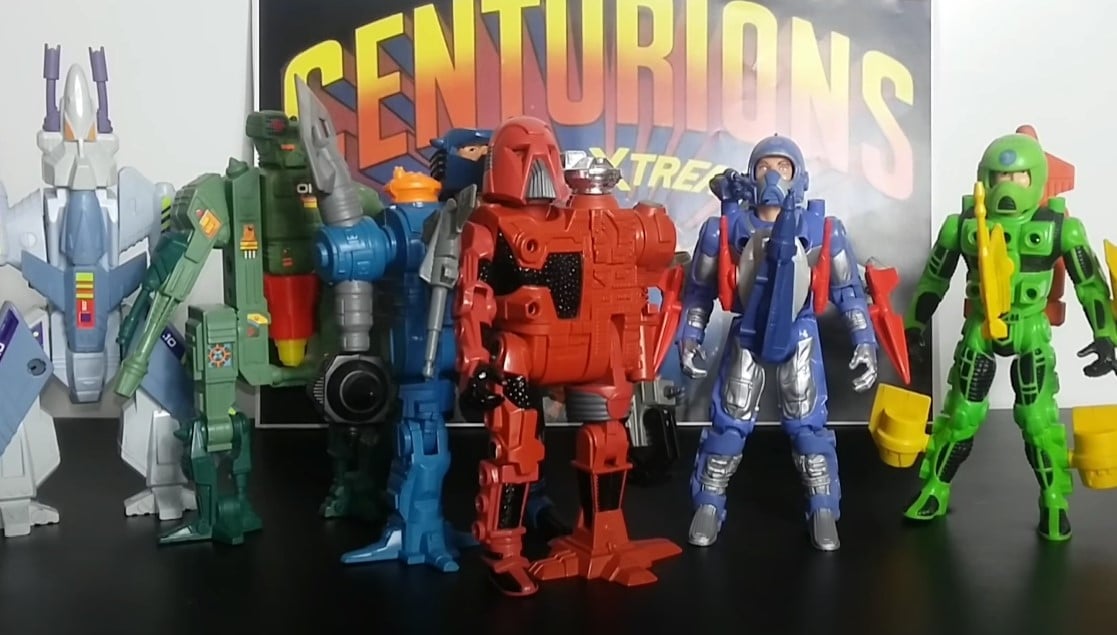 Another action figure, this time the characters had suits that you could clip gadgets and weapons to so were fully interchangeable. Great fun and a good range of toys, did you have any? 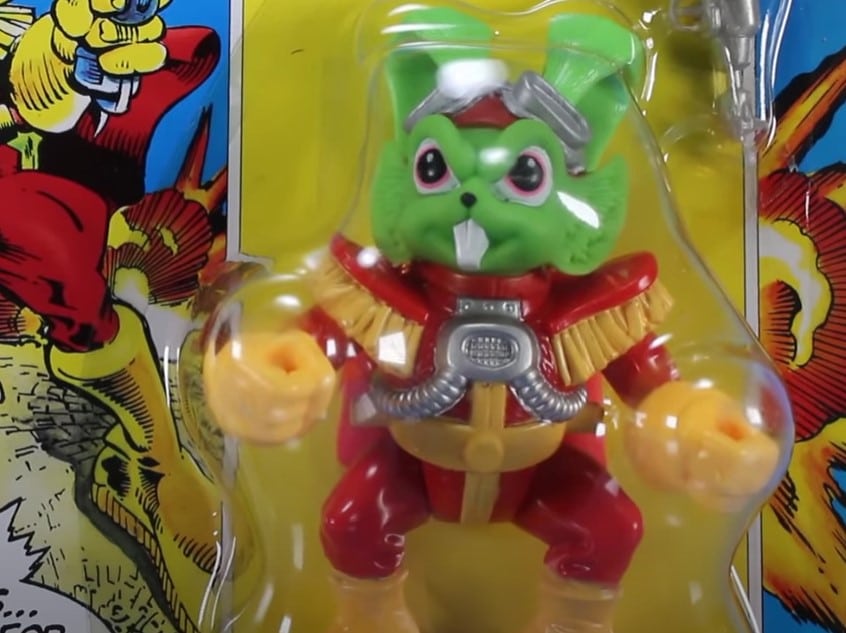 Come on admit it, you had forgotten about Bucky O’Hare and his space-faring friends. But now, you can’t get that damned cartoon theme tune out of your head: “Bucky! Captain Bucky O’Hare….” 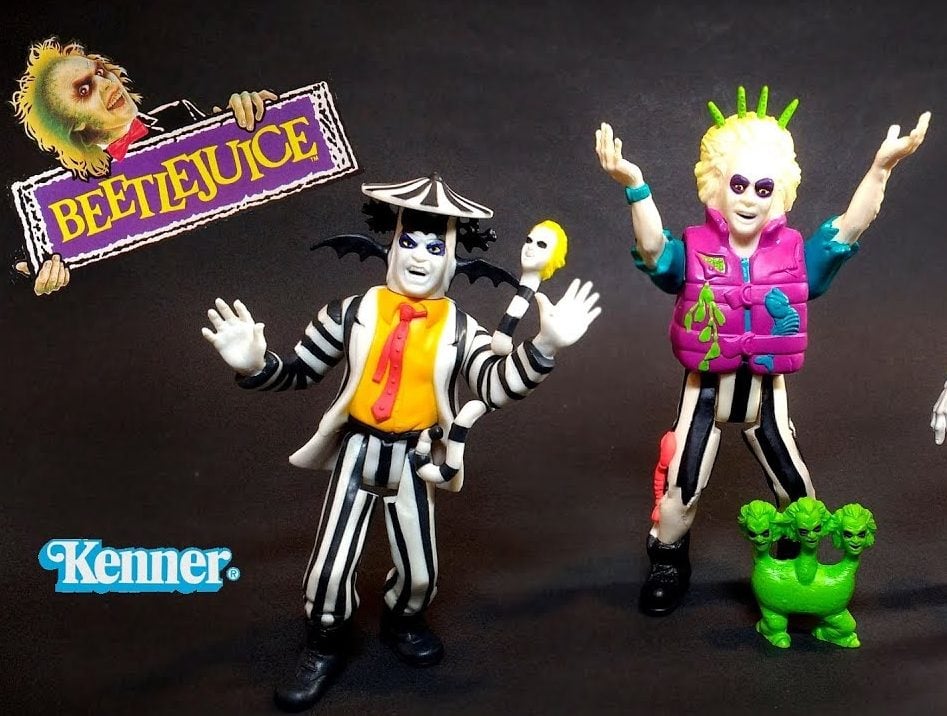 Everyone remembers the film about The Ghost With The Most, but do you remember the range of toys based on his exploits, made popular with kids through the cartoon based on the same characters? Did you have Shish Kebab Beetlejuice? (Yes, really!) 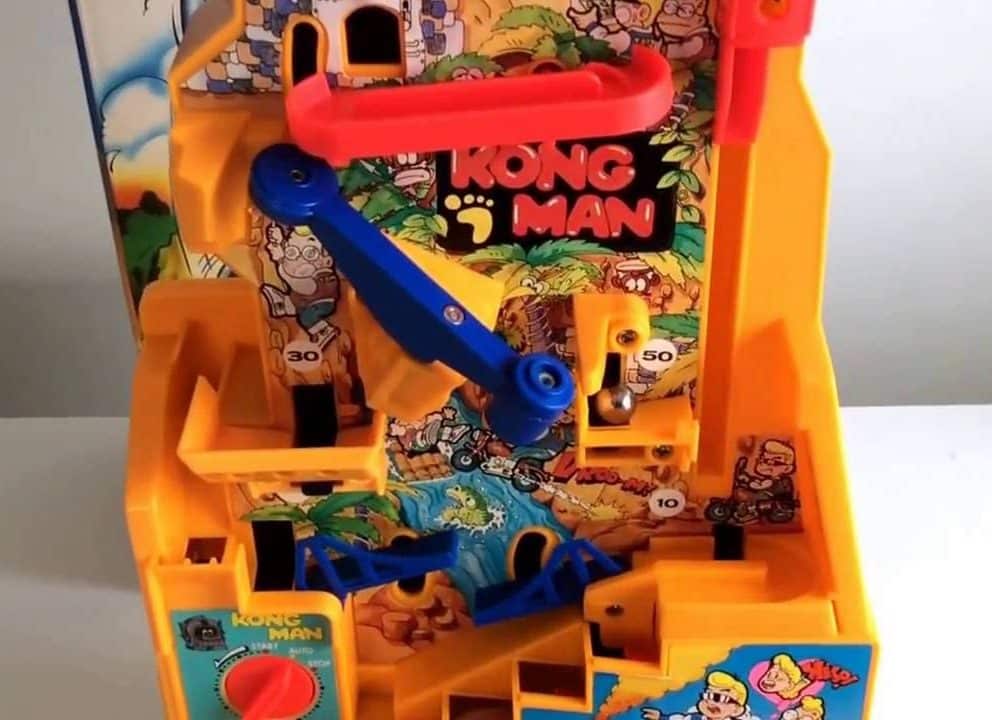 Did you have Kong Man? The vertical puzzle game where you had to get the ball bearing from the bottom of the maze to the top, even defying gravity at points thanks to magnetic magic! This was great fun but very tough! 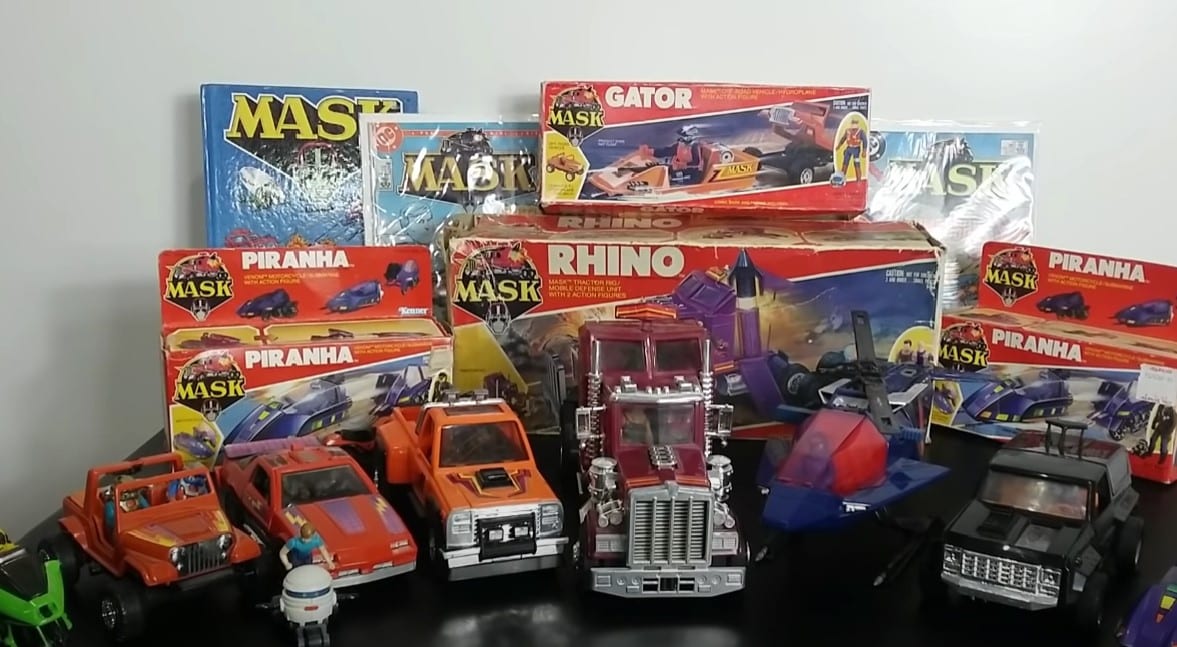 Based on the hit cartoon series of the same name, this had some of the coolest vehicles of the 80s, did you have any of the M.A.S.K team’s vehicles and gadgets?