There can’t be many children of the 1980s who haven’t seen the classic 1987 comedy Three Men and a Baby, so we thought it was about time we paid tribute to this hilarious film with the following 14 things you probably didn’t know about it!

1. It Was Based On Another Film 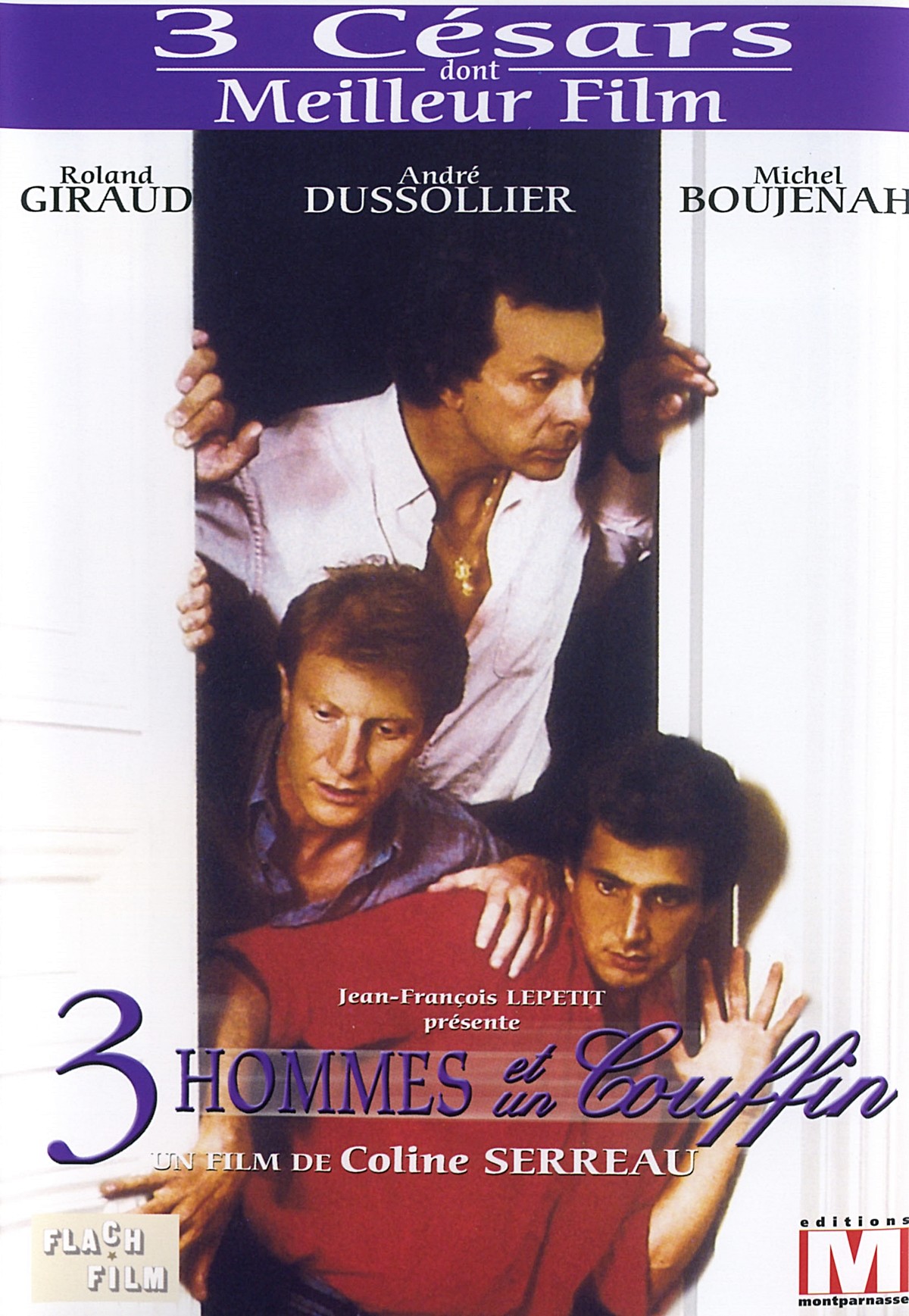 2. The Wee Stain On The Poster Was Genuine

Tom Selleck has revealed that the wet stain he adorns on the film’s poster was not planned at all. Rather, the baby actually weed on him, and photographer Annie Leibovitz kept taking shots! 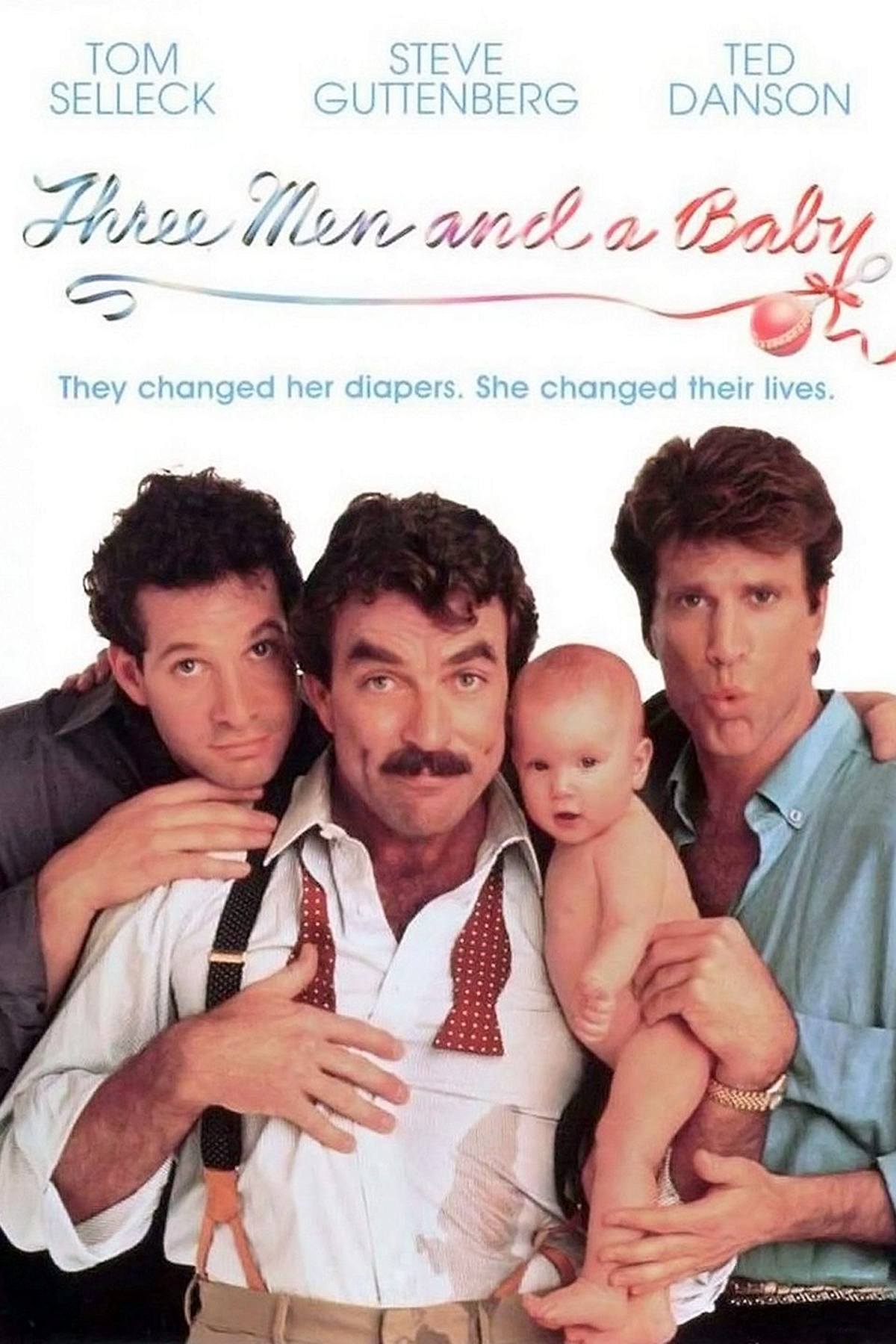 3. It Was Directed By Spock

Did you know that Three Men and a Baby was directed by Star Trek’s original Mr Spock? Yes, the late Leonard Nimoy was behind the camera, and he also directed Star Trek III: The Search for Spock and Star Trek IV: The Voyage Home, as well as The Good Mother, Funny About Love and Holy Matrimony. 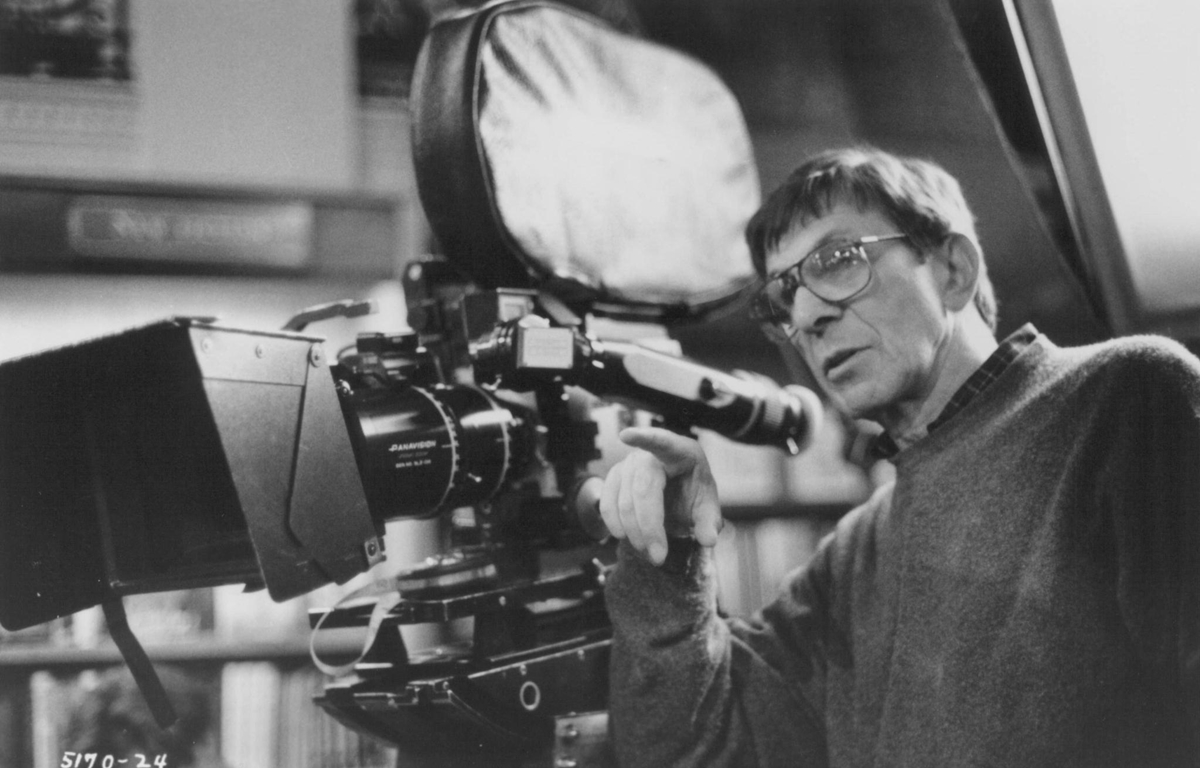 4. Not Everyone Got On During Filming

Steve Guttenberg revealed in his autobiography that there was some on set friction between director Leonard Nimoy, Tom Selleck and Ted Danson, which he put down to the fact that all 3 were used to being the ones in charge! 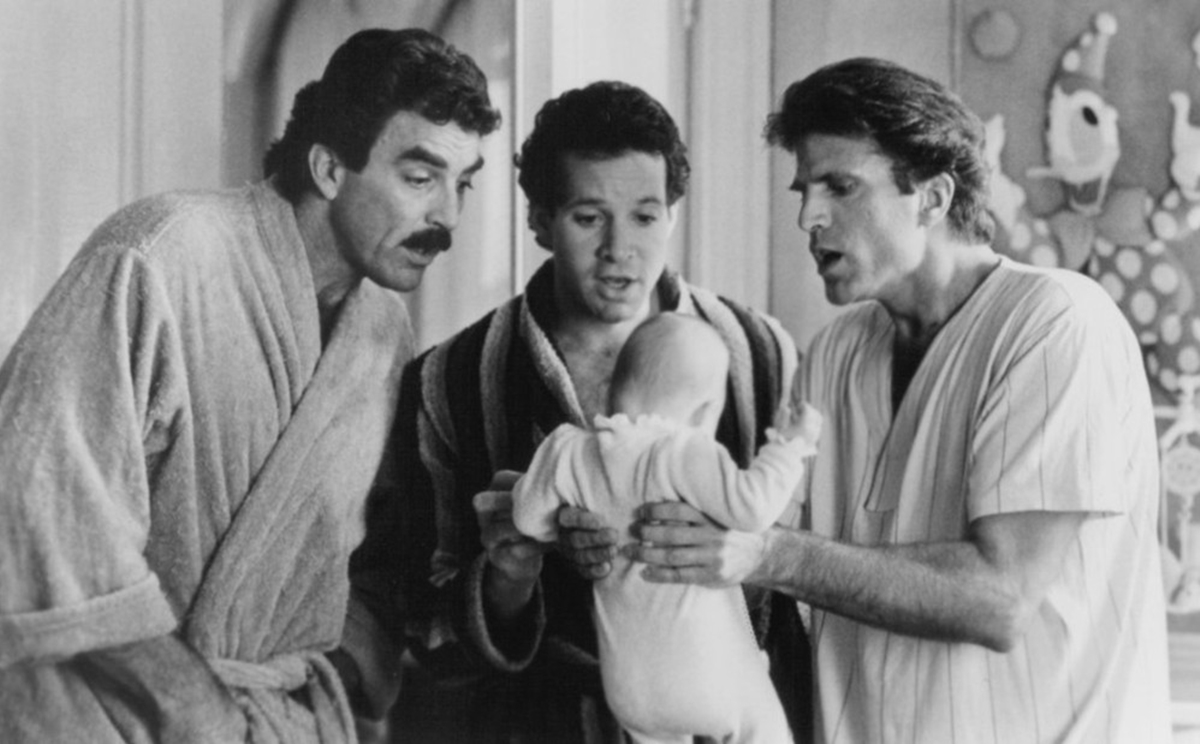 5. It Was The Biggest Film Of The Year

Yes, the film was the biggest US box office hit of 1987, making $167 million, more even than the massively successful Fatal Attraction. 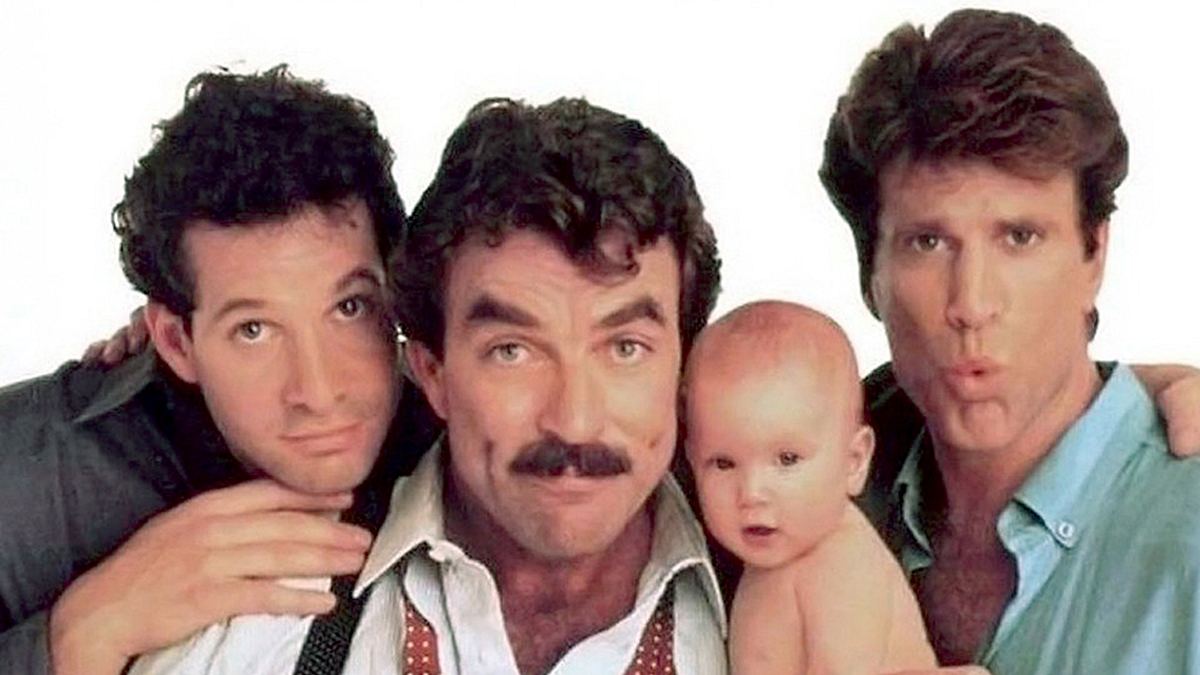 6. It Made Ted Danson A Household Name

Ted Danson was known before Three Men and a Baby, mainly for his role in the hit sitcom Cheers, but the film made him a household name throughout the world. 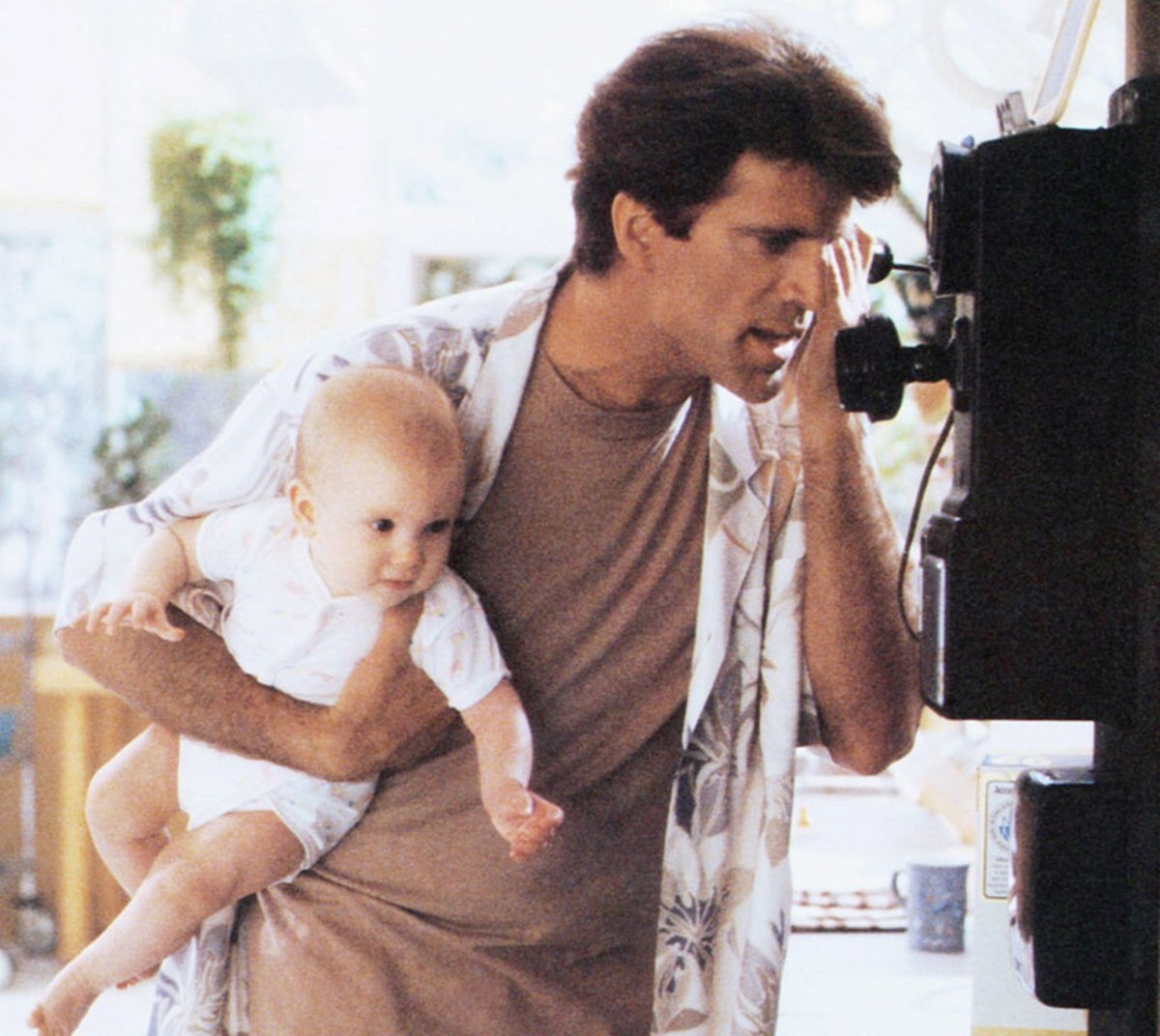 7. It Was Remade All Over The World

Three Men and a Baby was remade in various different languages, with the Hindi version being brilliantly titled ‘Heyy Babyy’! 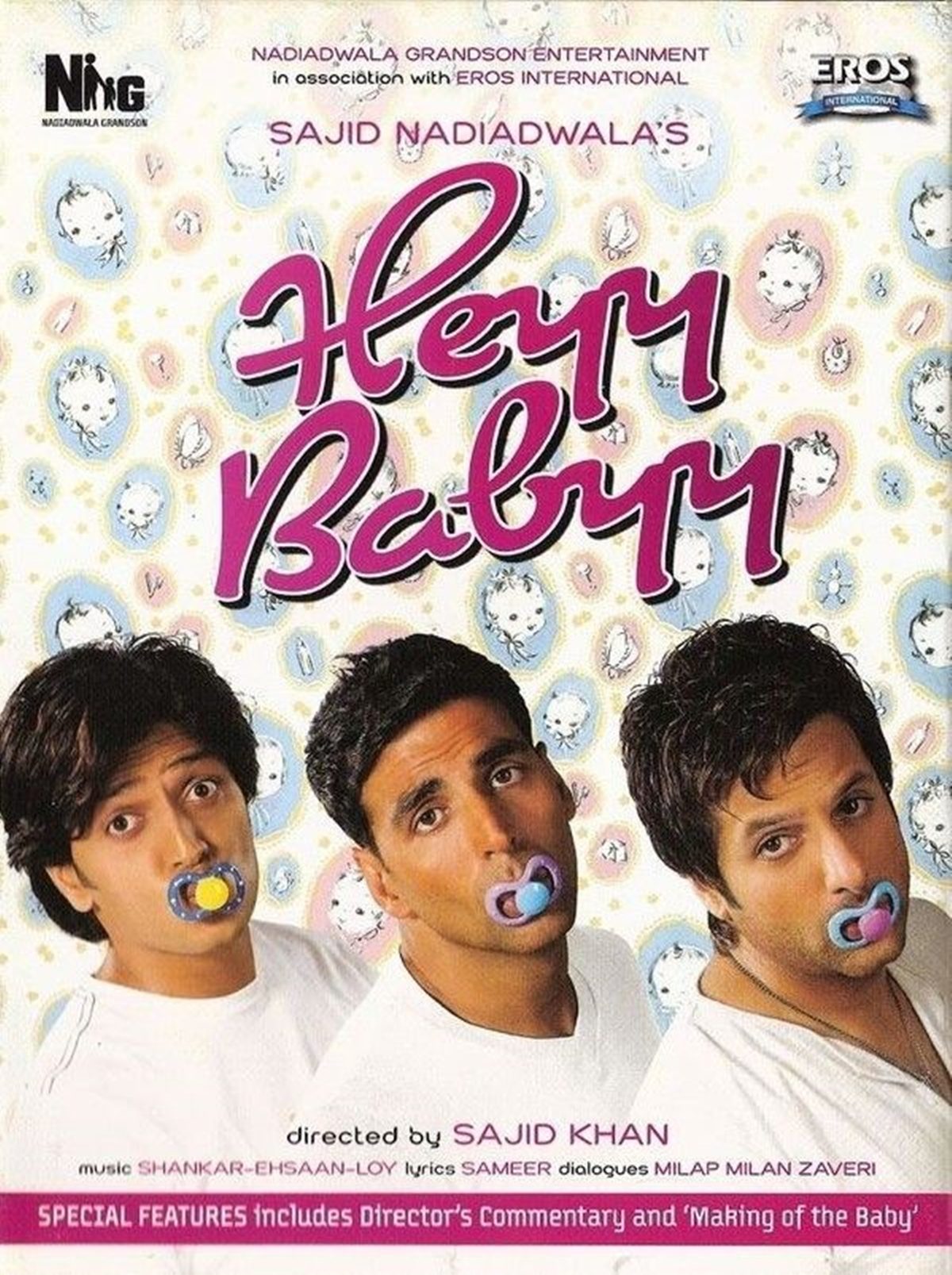 8. You Can See What ‘The Baby’ Looks Like Now

Twins Lisa Blair and Michelle Blair Ontonovich were only 4 months old when they took it in turns to star as the film’s baby, Mary. Sadly, and unsurprisingly, they can’t remember anything at all about their time on the set! 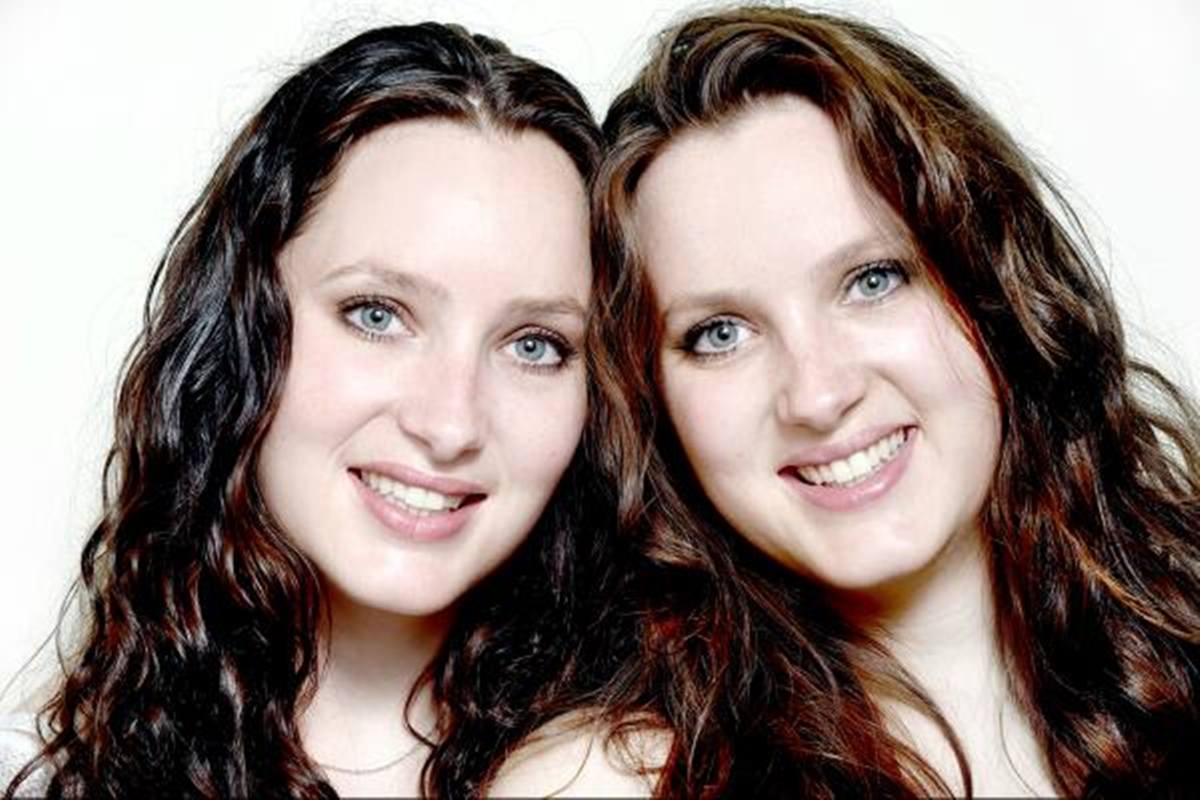 The twins used as baby Mary became so used to the boom microphones that they kept following them with their eyes and ruining shots. This meant that production staff had to find some ingenious ways to hide the mics from their sight! 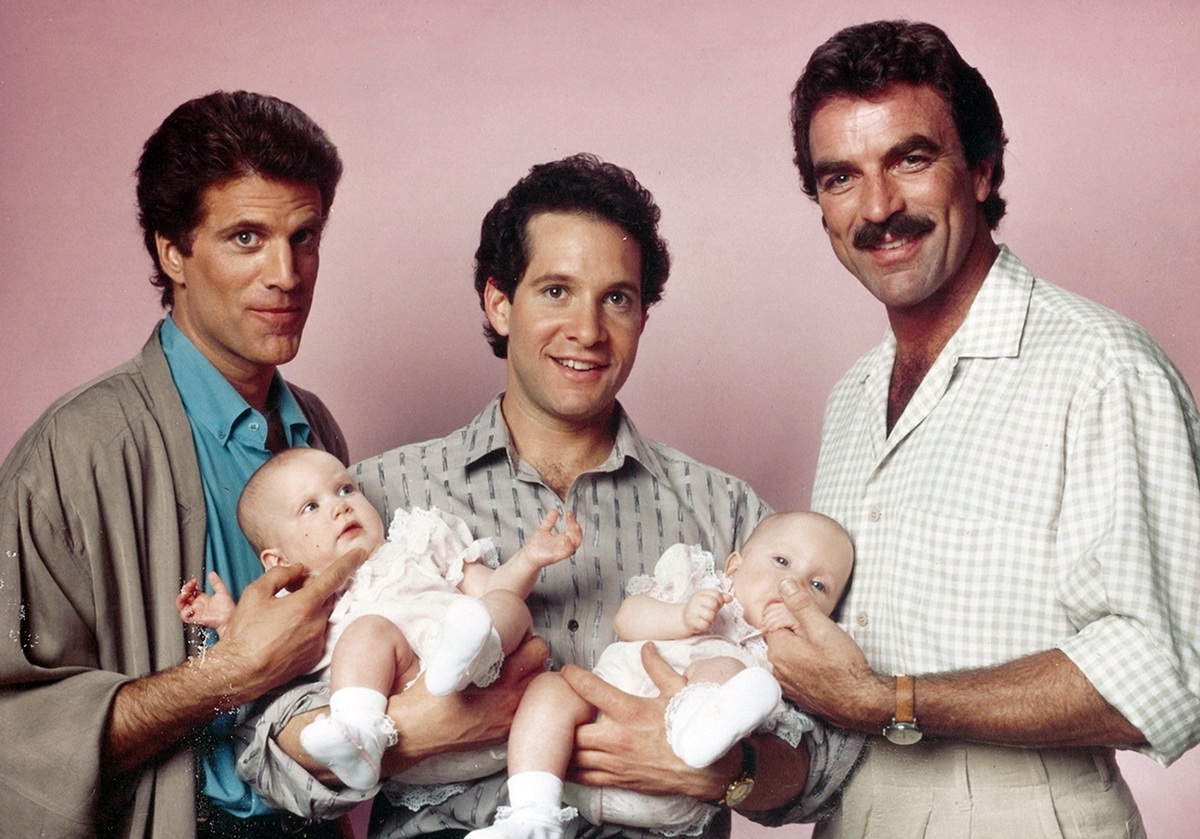 10. The Only Nappies Used Were Pampers

Pampers paid filmmakers a fairly significant $50’000 for their nappies to be used in the film. Can you think of any other movie that features nappy product placement? 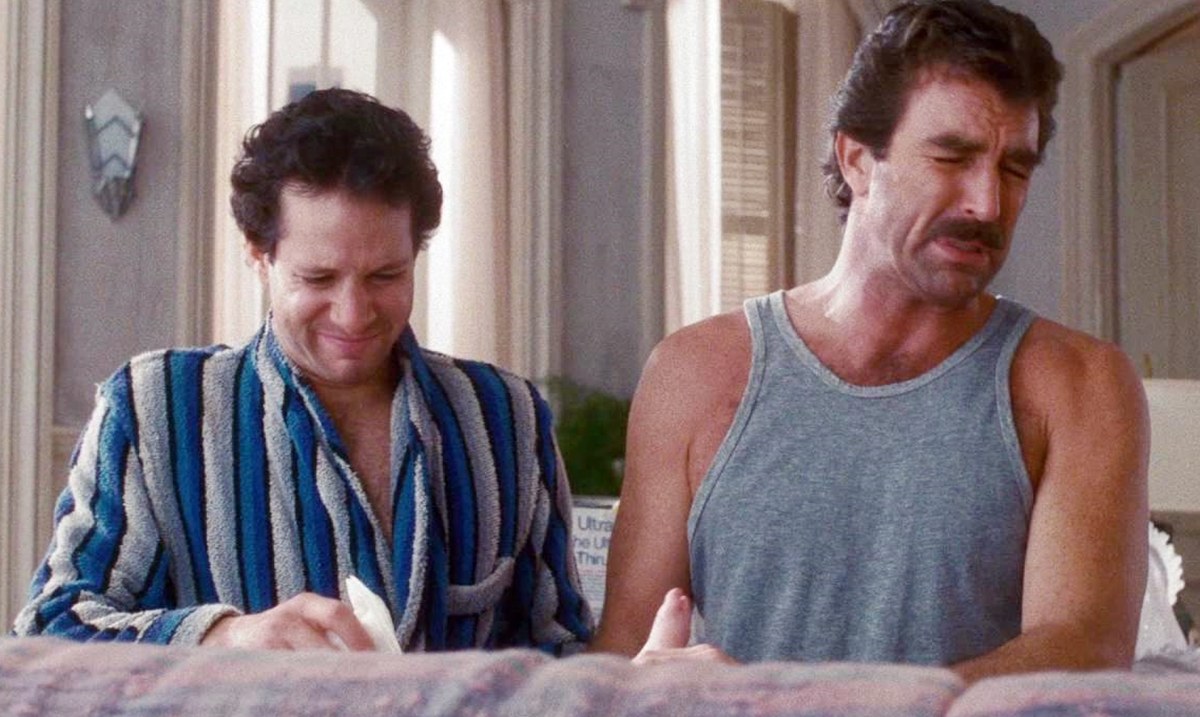 11. The Soundtrack Was Composed By A Child Genius

The film’s soundtrack was composed by Marvin Hamlisch, who was known as was a child genius and who went on to win 11 Oscars throughout his career. 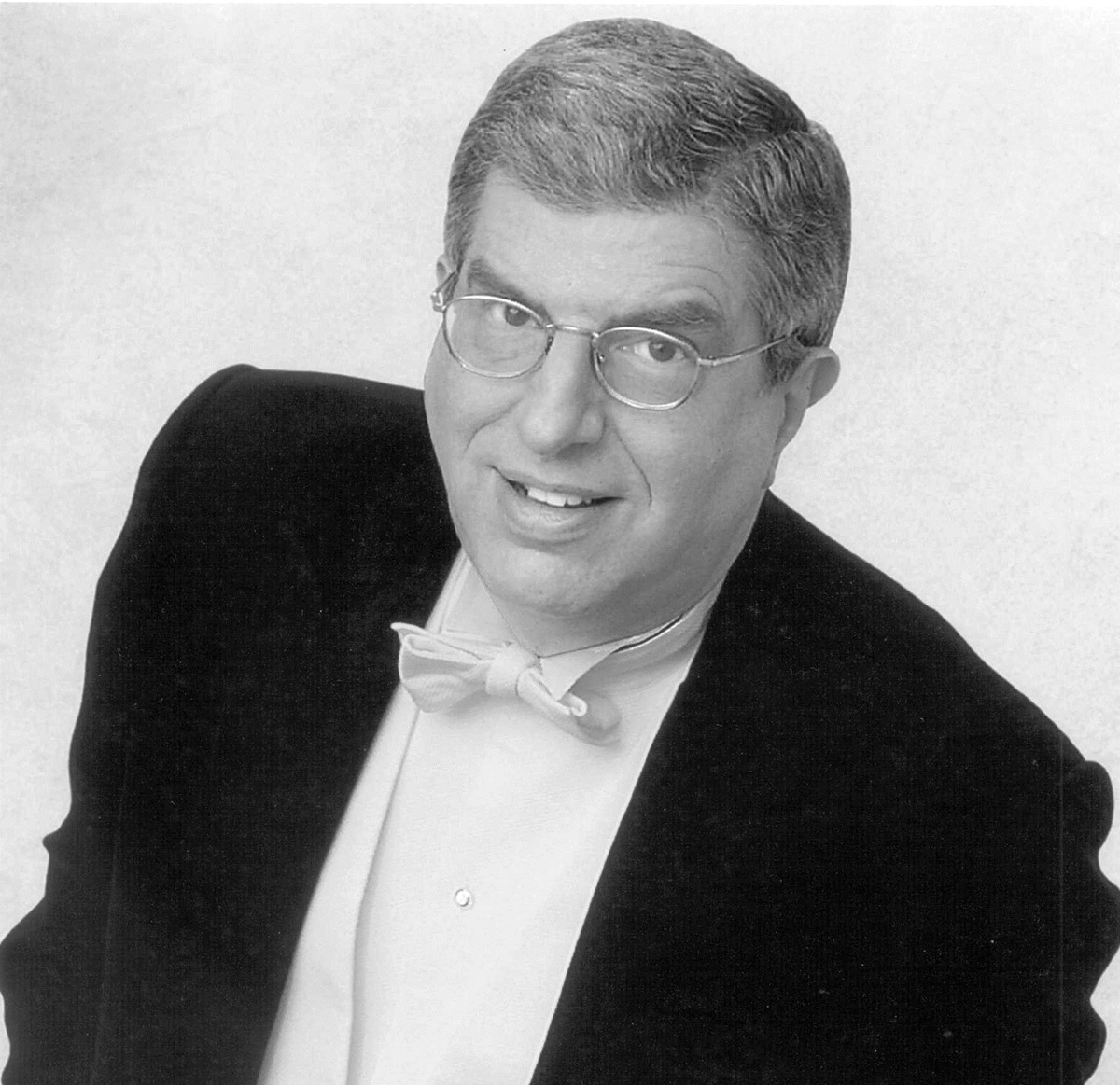 12. It Spawned An Urban Legend

An extremely popular and well known urban legend is that a ghost is visible in the finished cut of the film. About an hour into its running time you can see a black outline of a rifle in a window, followed by a human figure in the same location shortly after. Many believed that the figure was the ghost of a boy who had been killed in the house where the film was being made. 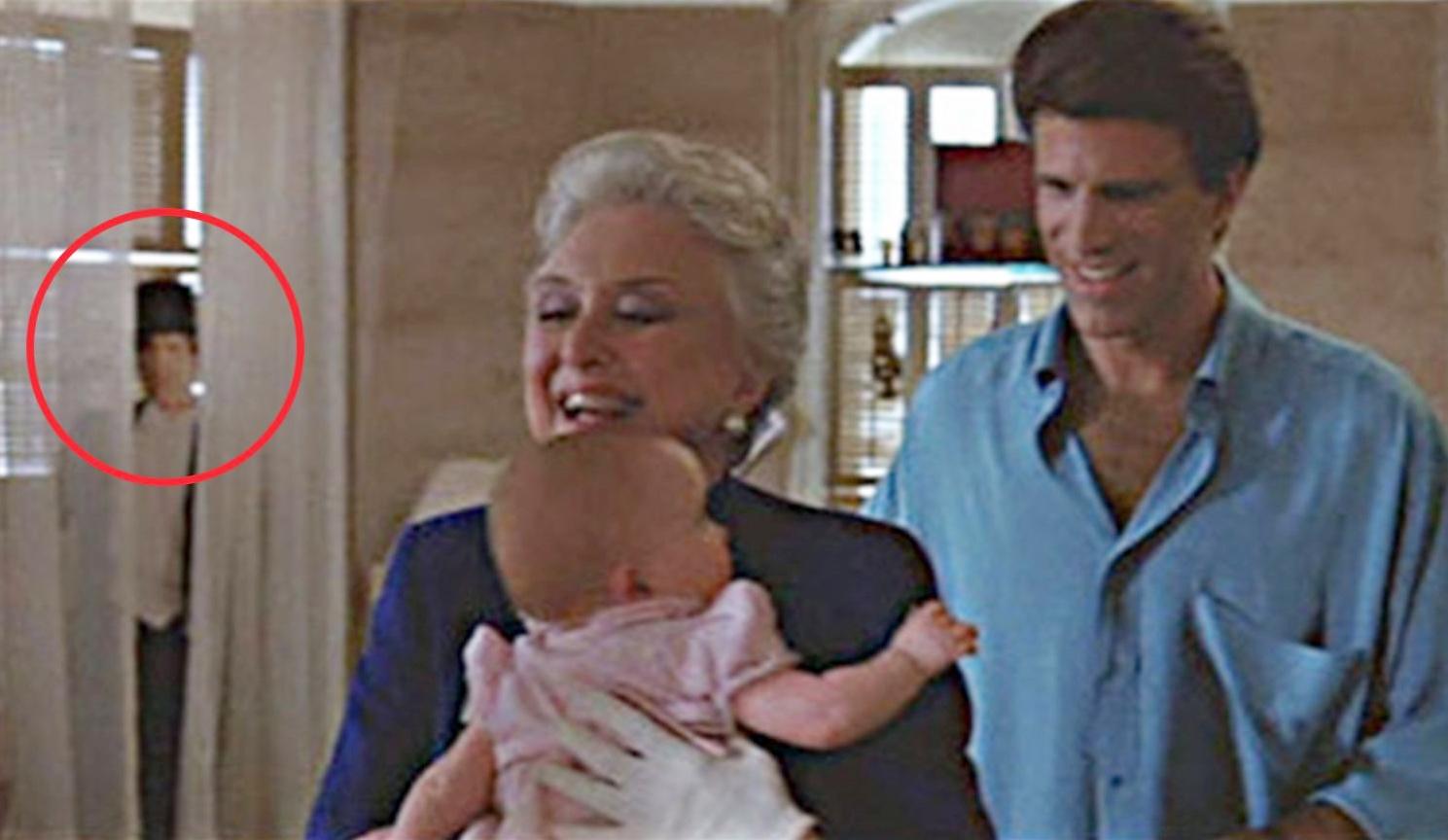 13. But A Ghost Was Not Caught On Film

It was revealed that the ‘ghostly’ figure in the window is actually a cardboard cutout of Jack that was left on the set. No boy died in the ‘house’, because they actually filmed all of the indoor scenes on a sound-stage! 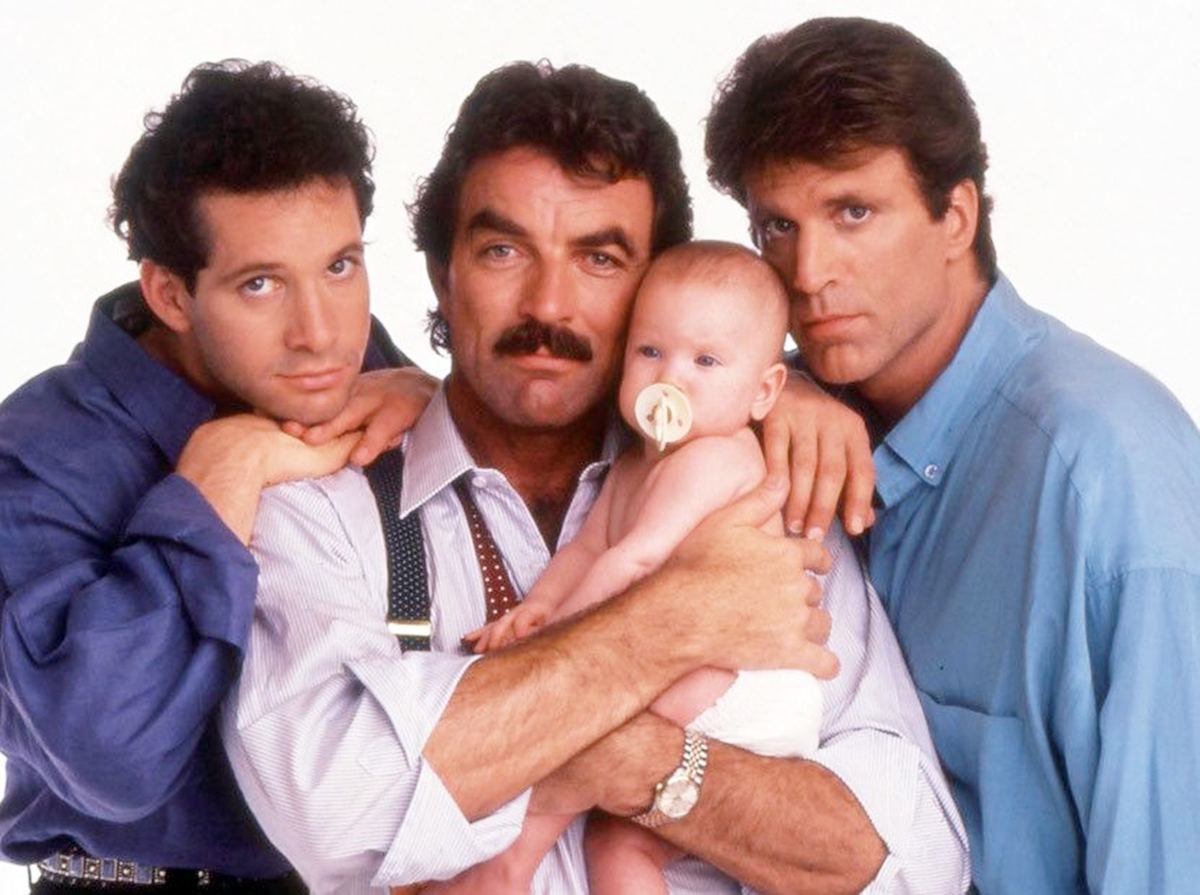 14. There May Still Be A Third Film In The Series 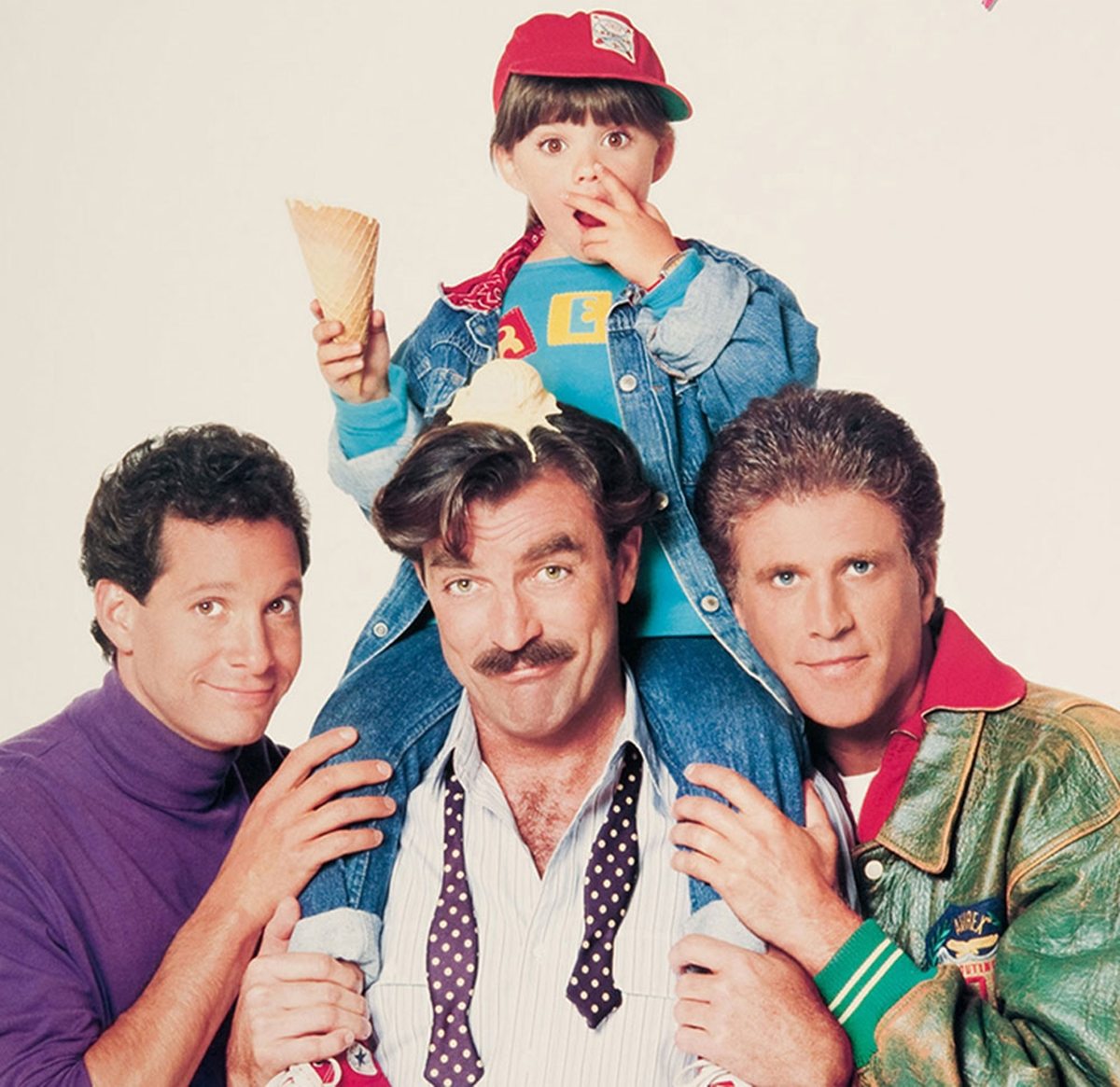 Be sure to share this post with your friends and family so they too can find out more about this classic 80s comedy film!