14 Hot Facts About The Brilliant Backdraft!

Do you remember Backdraft? In case you need a bit of a reminder, it was a 1991 film about Chicago firefighters on the trail of a serial arsonist. Backdraft was directed by Ron Howard, and starred a string of famous actors including Kurt Russell, William Baldwin, Scott Glenn, Jennifer Jason Leigh, Rebecca De Mornay, Donald Sutherland, Robert De Niro, Jason Gedrick and J. T. Walsh. 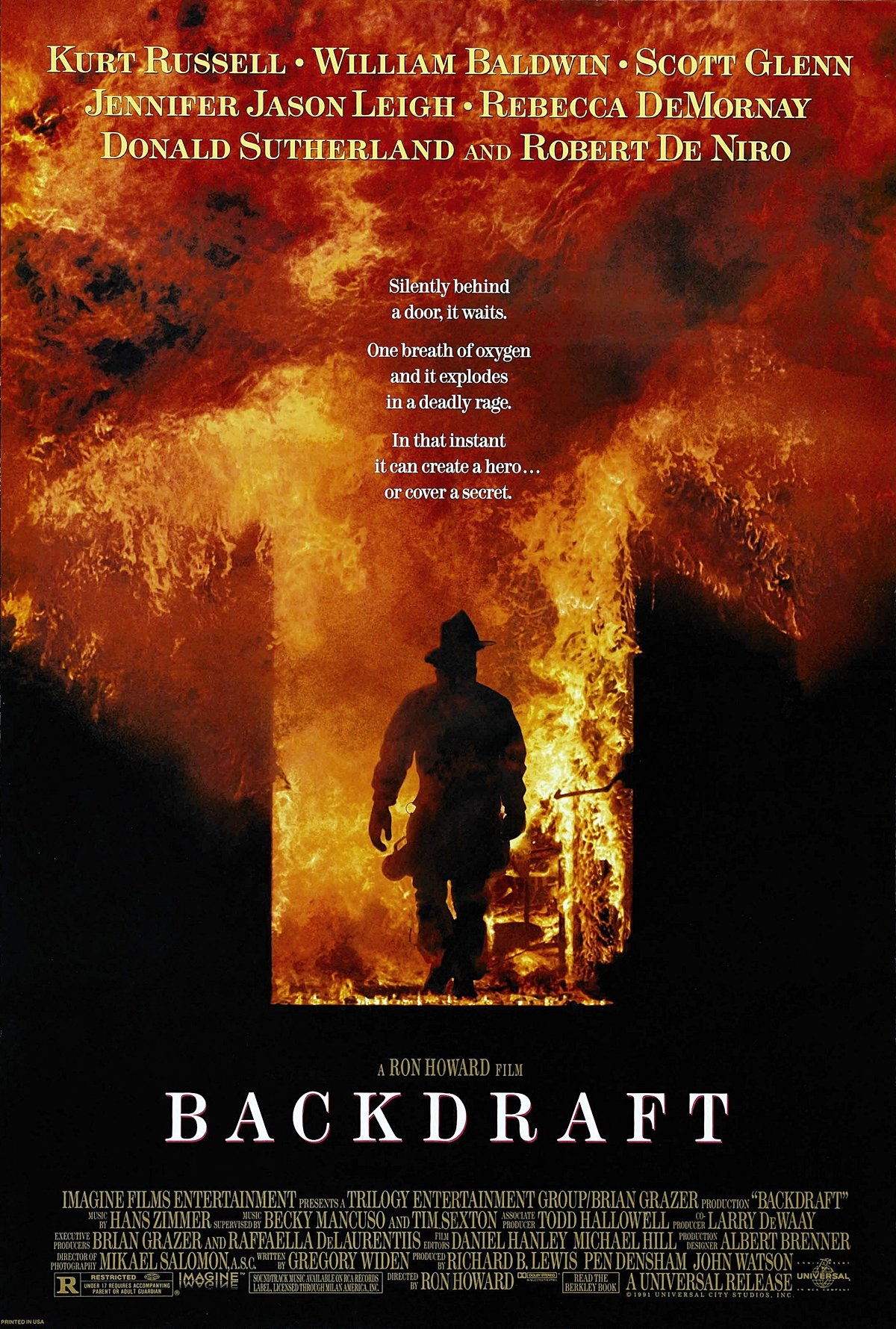 Backdraft grossed over $152 million and received three Academy Award nominations. The movie followed the story of a group of Chicago firefighters as they try and unravel the mystery of a serial arsonist. To celebrate this classic early 90s film, we’ve put together 14 amazing facts you didn’t know about Backdraft. Enjoy! 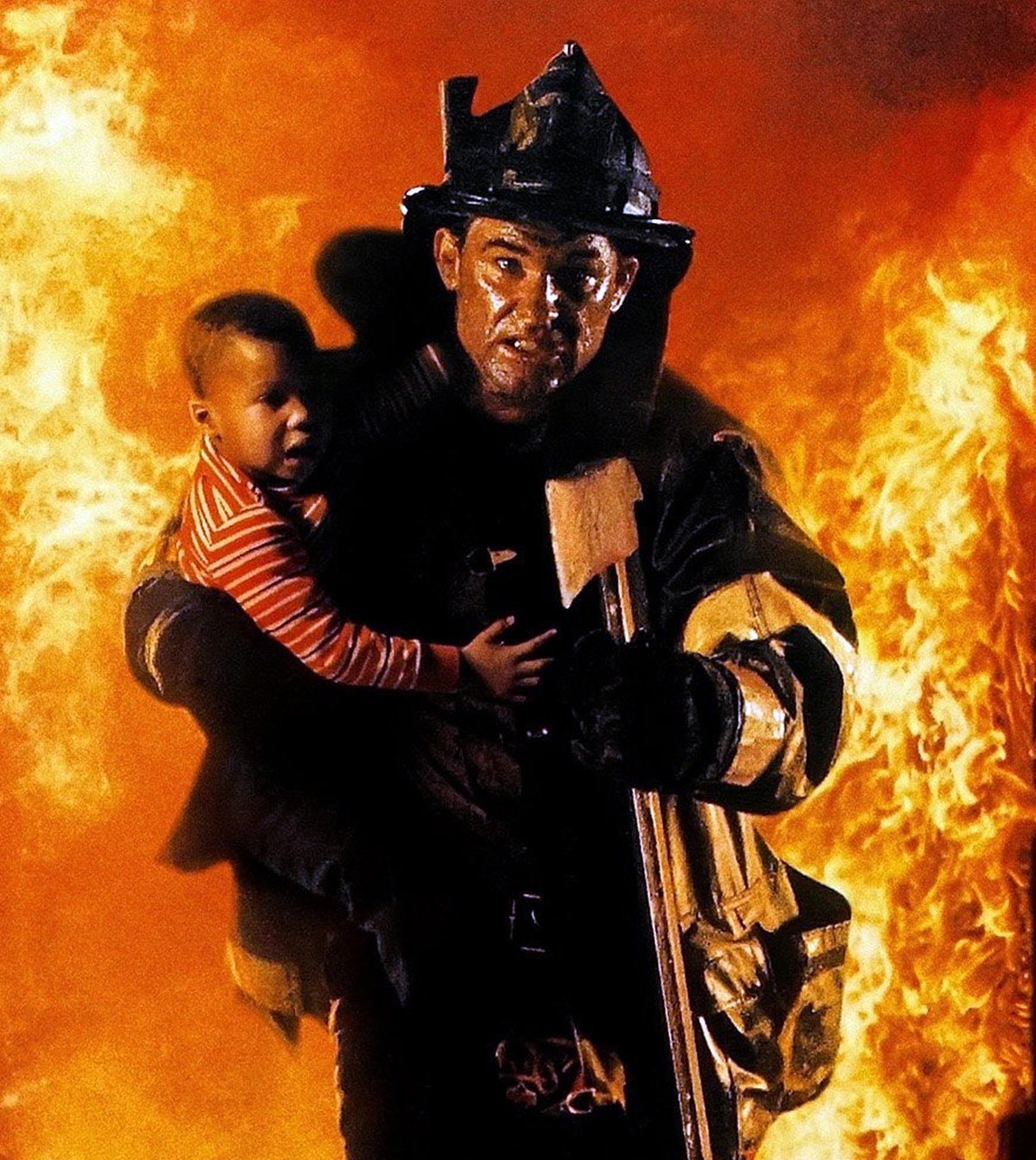 1. It Was Written By A Real Firefighter

Backdraft was written by Gregory Widen, who works as a firefighter in California. His screenplay is based on real life stories he heard about and experienced whilst he was on the job. 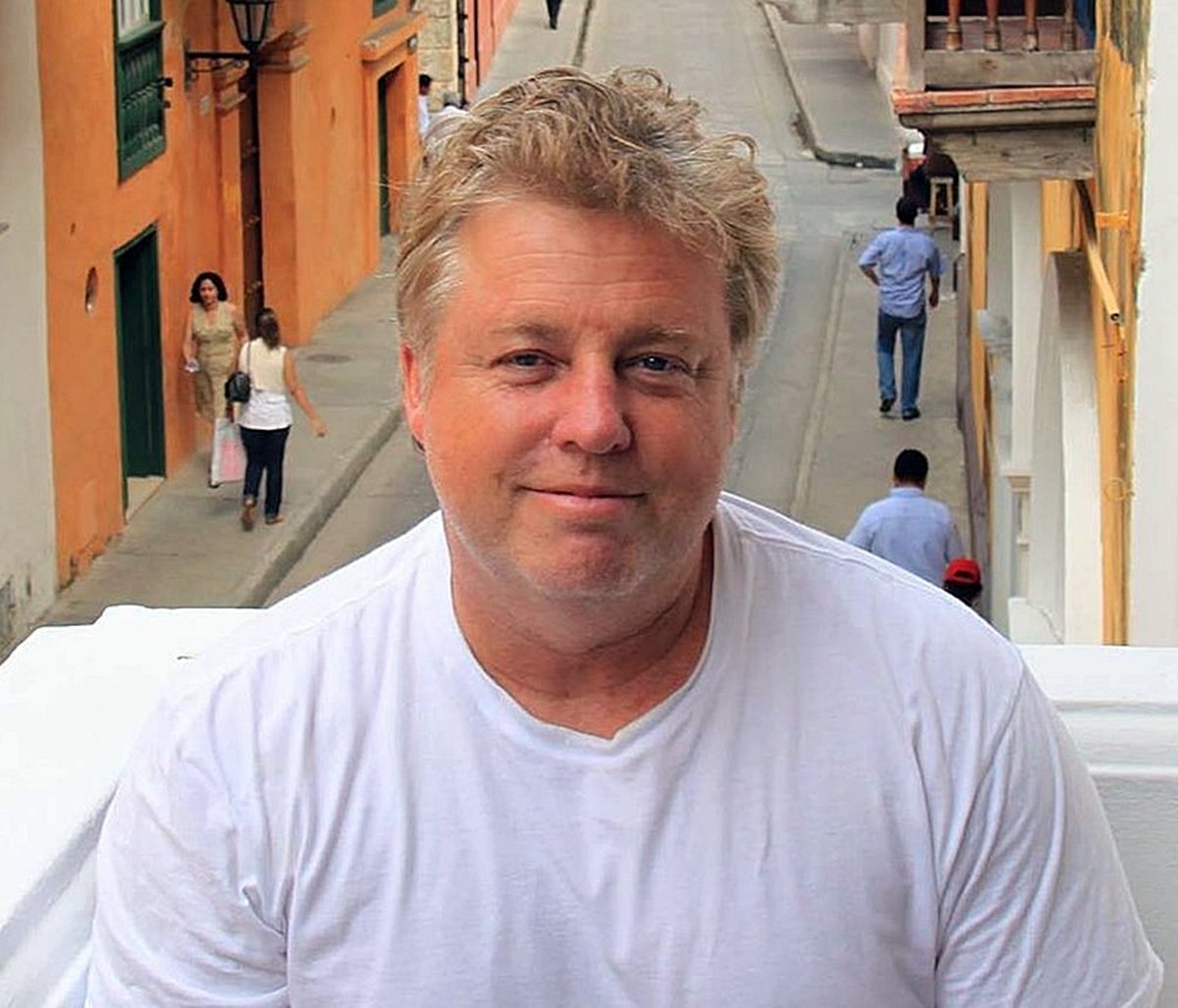 2. Robert De Niro’s Character Is Based On A Real Person 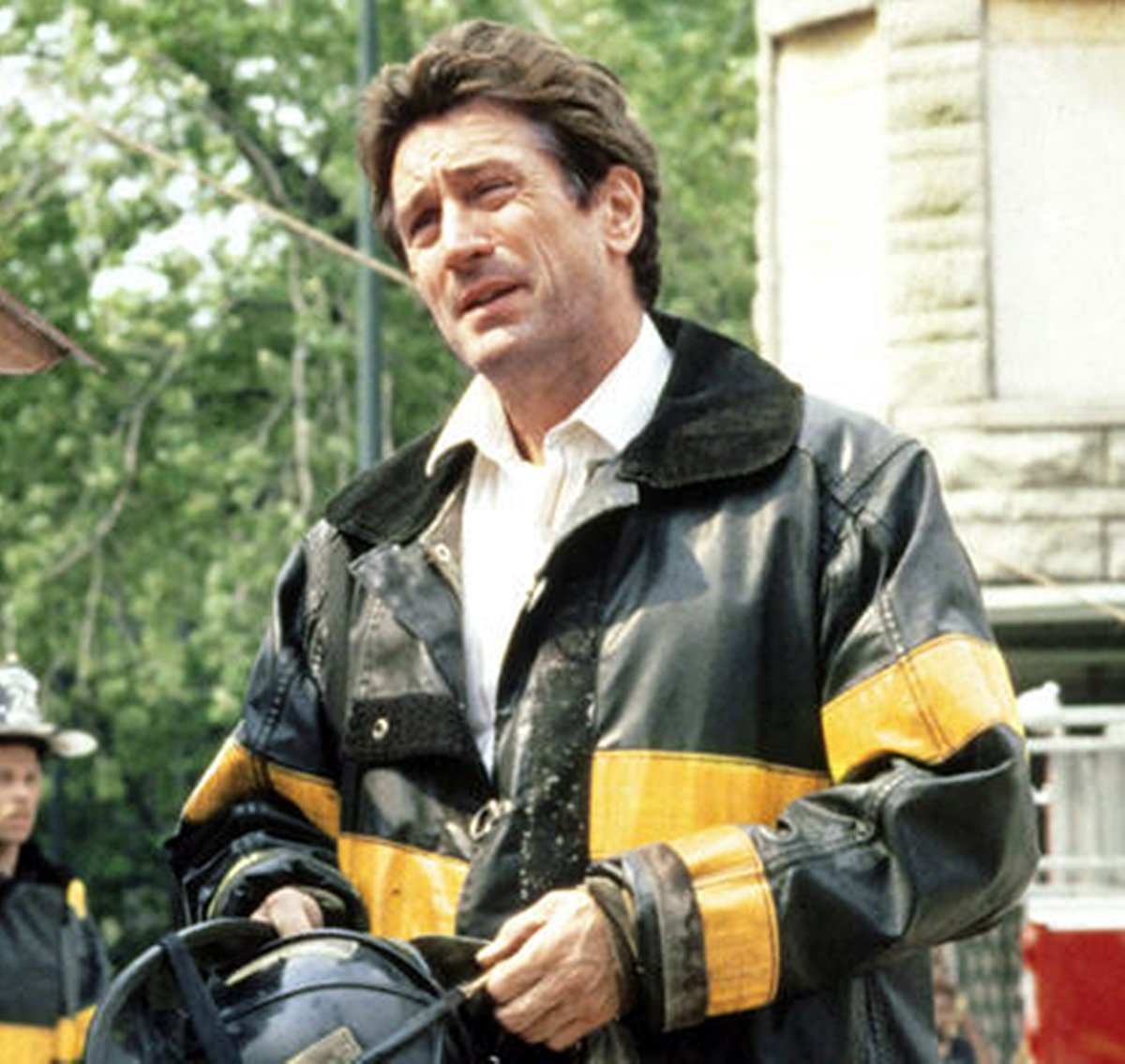 Reports said that Kurt Russell heard about Backdraft from Tom Cruise, who at the time wanted Kurt to star with him in Days of Thunder. 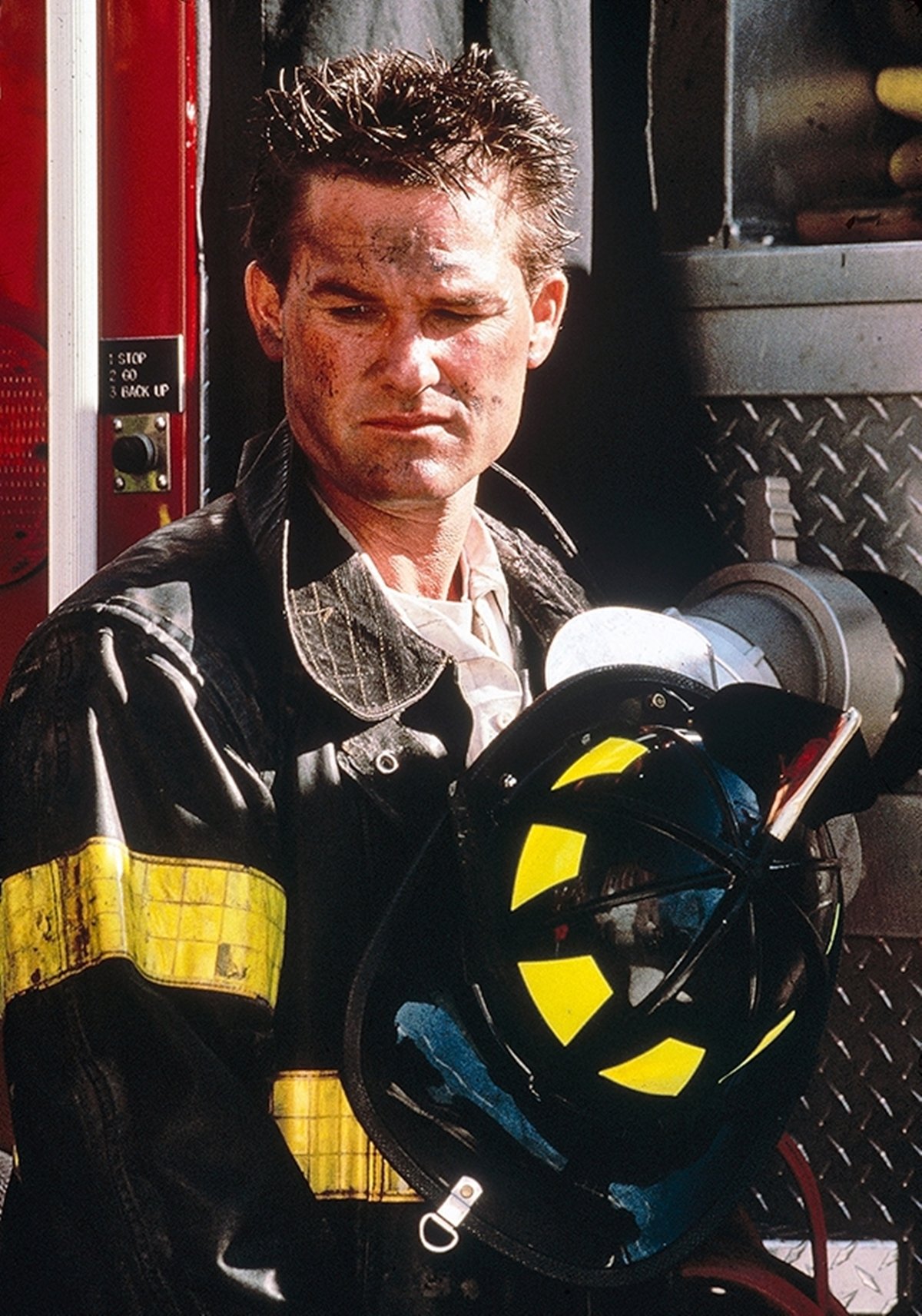 4. It Doesn’t Depict Fires In A Realistic Way

Many noted that, unlike in the film, most real structural fires obscure visibility almost completely. Filmmakers responded to this criticism by saying: “The pictures of firefighters searching in movies like Backdraft do not really show what it is like to search in a fire.

Firefighters are shown advancing through fully involved structure fires while not wearing the complete complement of protective gear.. Most scenes display firefighting without the use of [breathing apparatus]. Realism in our case would make a very bad movie because the fact is that in almost every fire the smoke conditions completely obscure all vision.’ 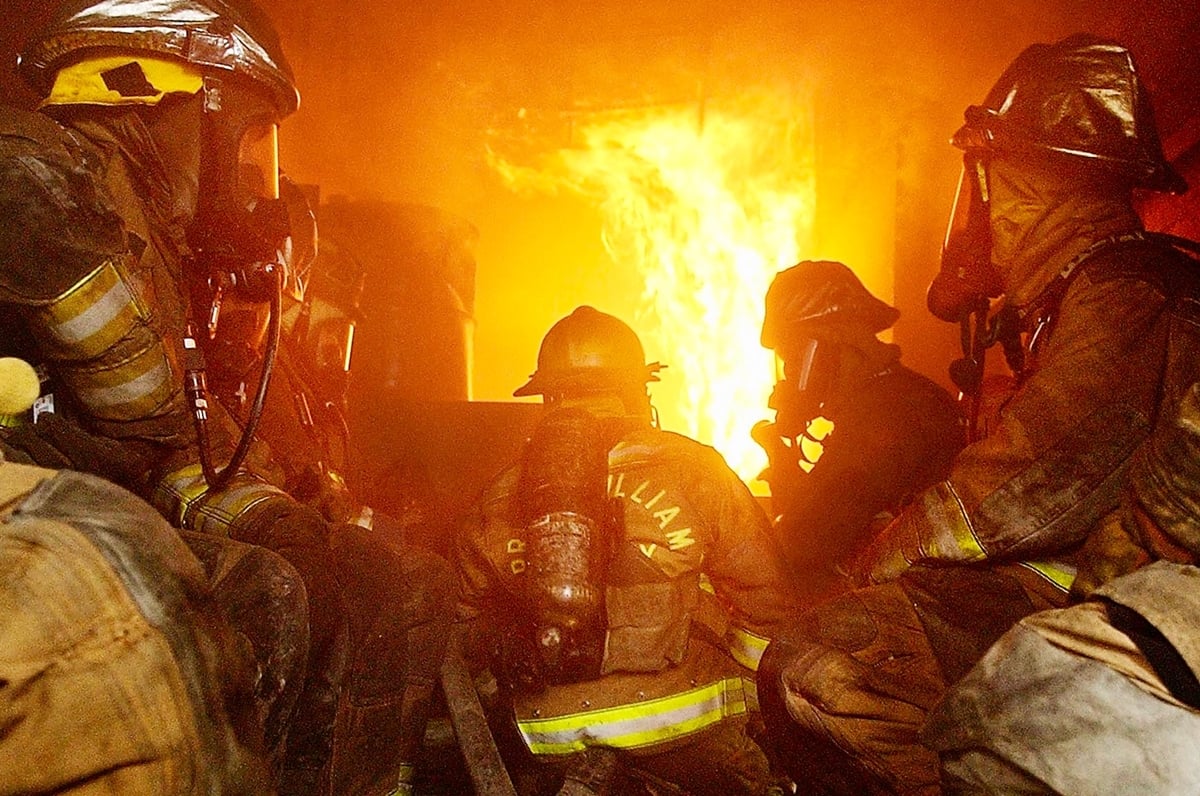 5. Over Two Hundred Children Auditioned For One Very Brief Part In The Movie

Apparently more than 200 children auditioned for the part that would simply see them being carried out of a fire by Kurt Russell! 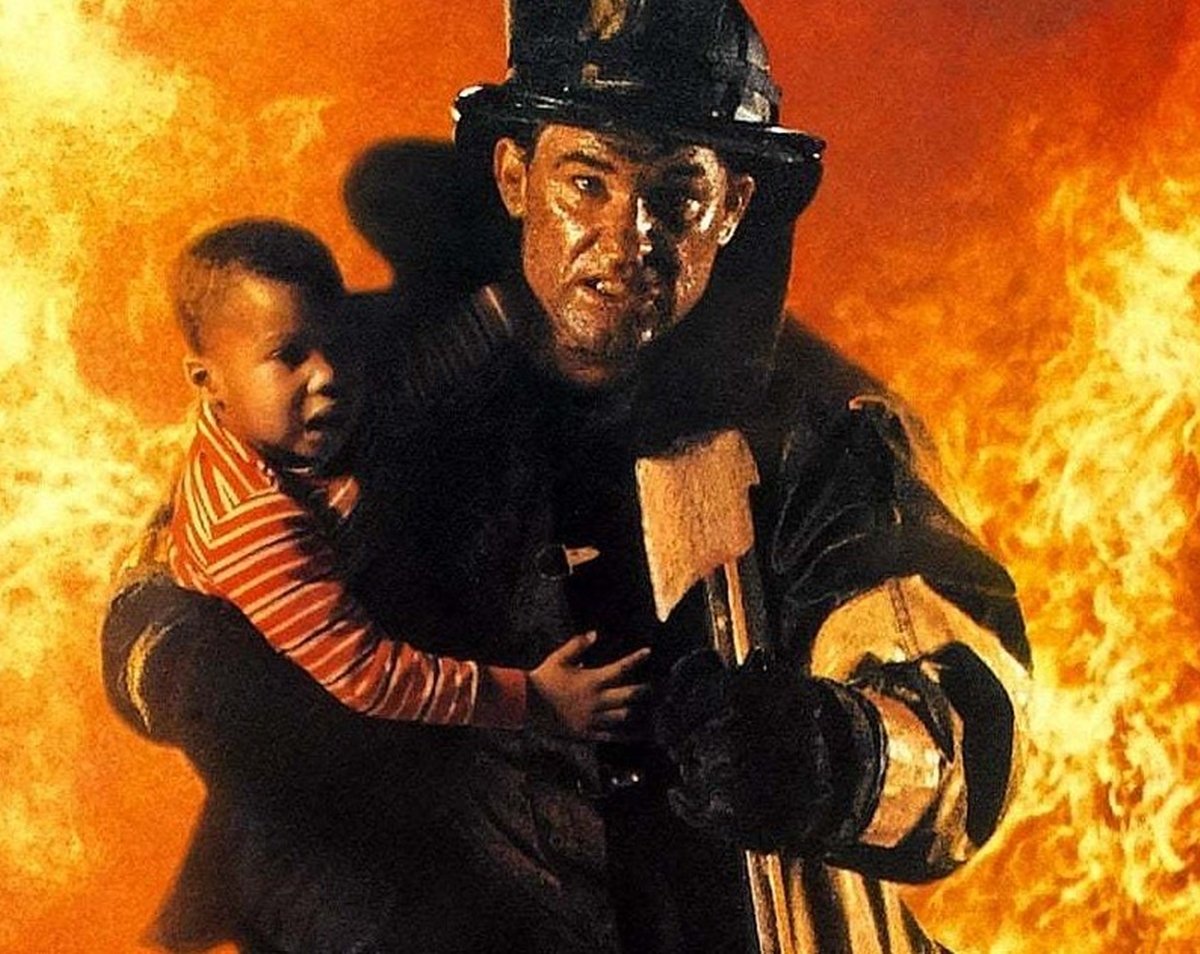 6. It’s NOT The Most Popular Firefighting Film Of All Time

Backdraft made $152.4 million worldwide when it was released in 1991, making it the highest grossing film about firefighters until 2007 when it was beaten by I Now Pronounce You Chuck and Larry. Really? 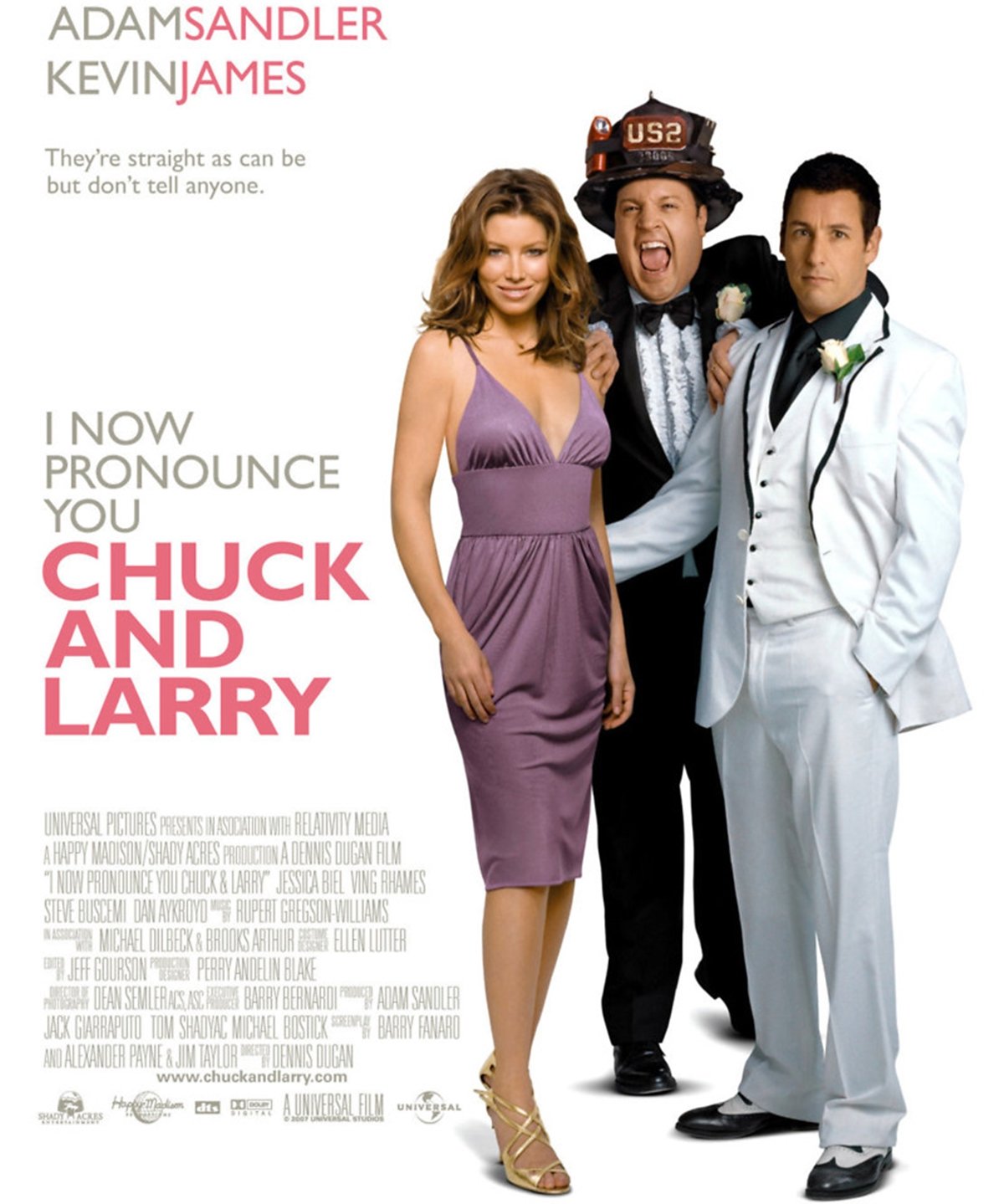 7. Baldwin And Russell Were Closer Than Brothers…

William Baldwin said that he and Kurt Russell got on like a house on fire (excuse the pun).

He was quoted as saying that his relationship with Russell was better than if it had been his real brother. 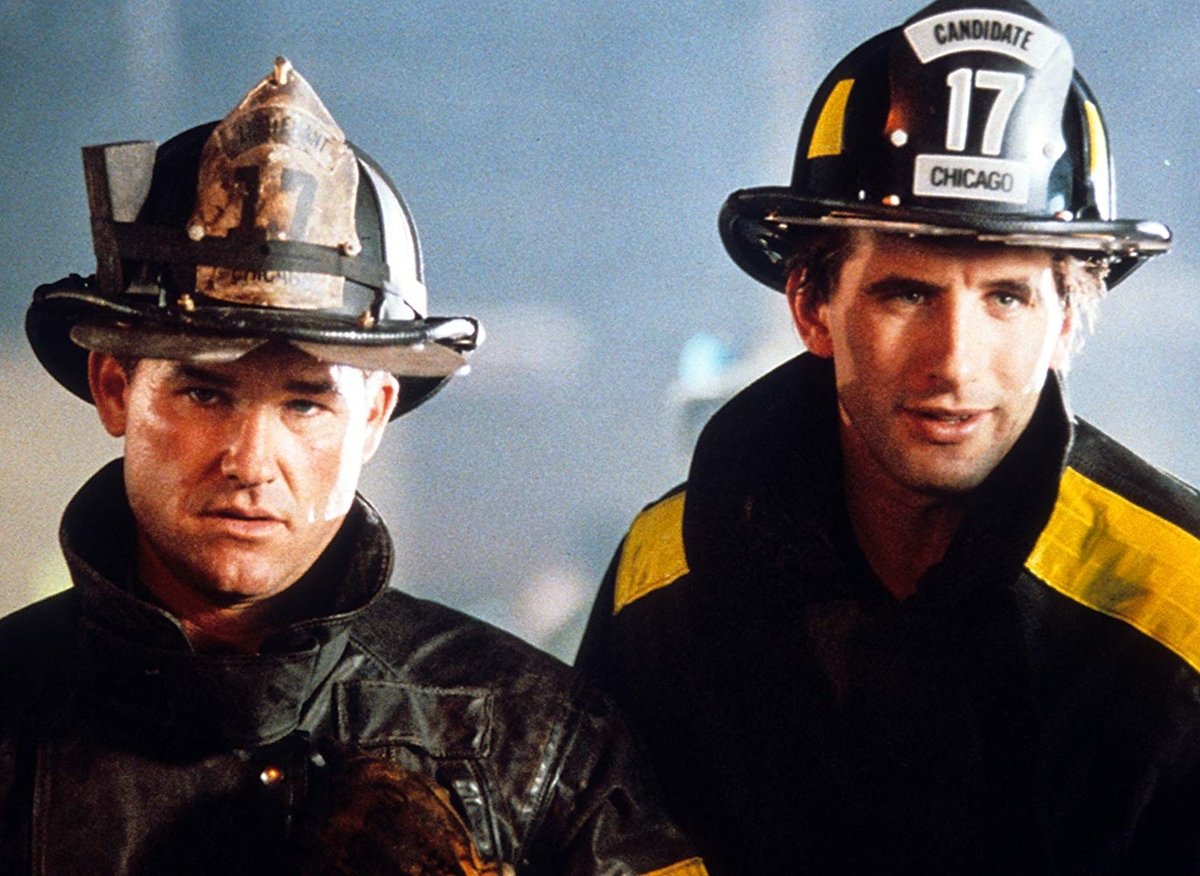 8…And They Were Sent On A Firefighting Boot Camp

Baldwin and Russell were sent to a firefighting boot camp to learn about the job. This intense preparation meant that they even slept in a Chicago fire station for a number of weeks. 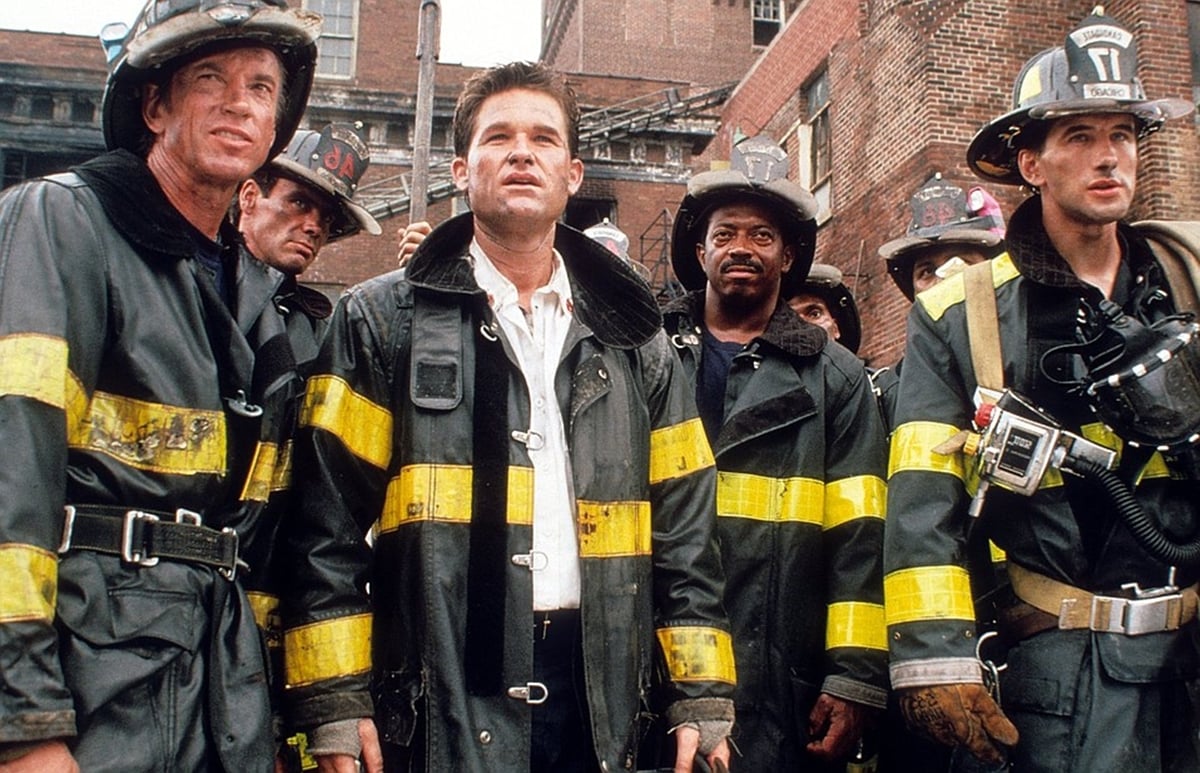 9. The Film Wasn’t Well-Received By Critics

Backdraft received mixed reviews, with many critics being fairly positive but a handful being extremely negative. Most reviewers praised the special effects and acting, but many thought that the story wasn’t up to much. It currently has a 74% rating on Rotten Tomatoes, with the consensus being ‘It’s not particularly deep, but Backdraft is a strong action movie with exceptional special effects.’ 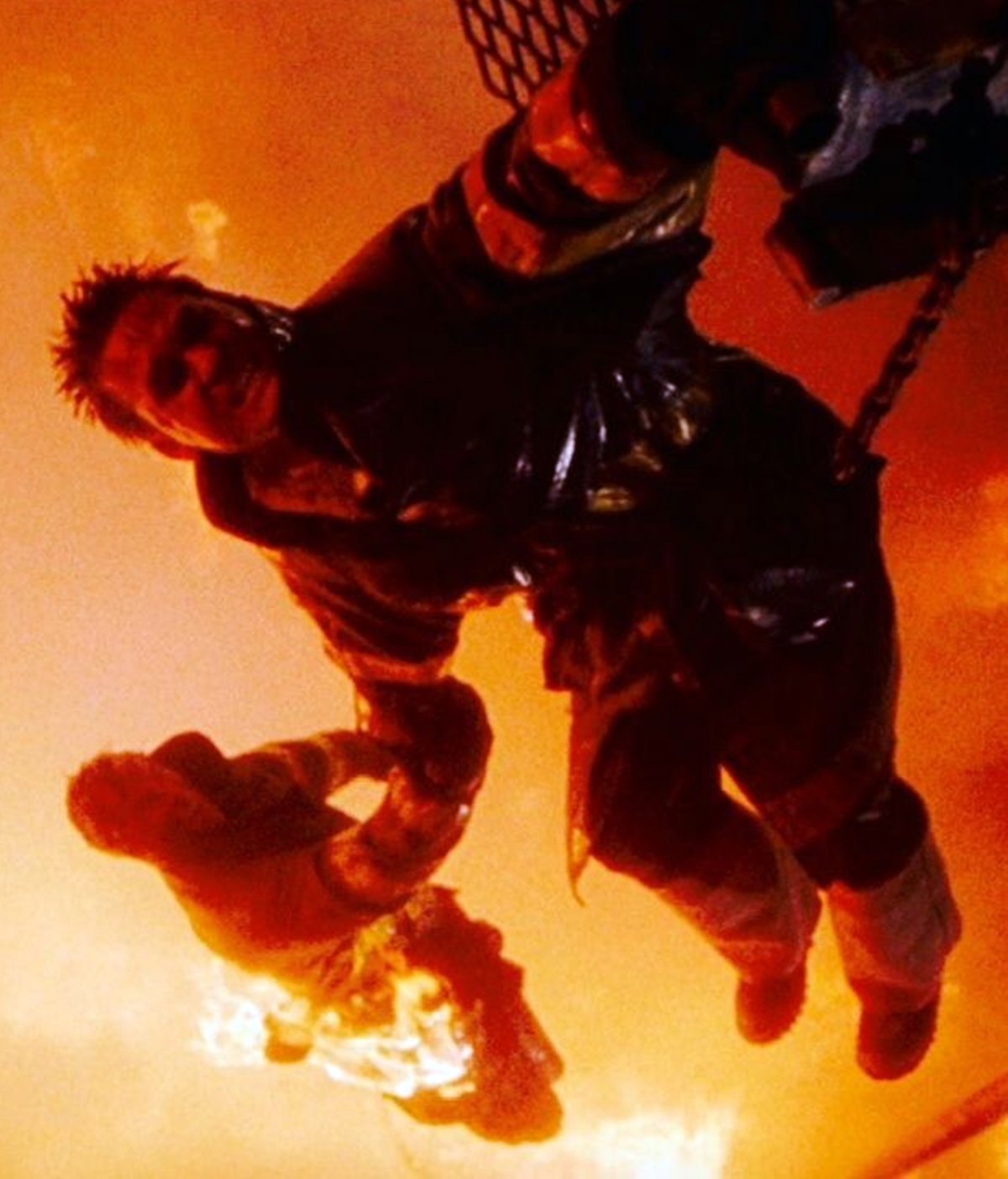 10. It Was Nominated For Three Oscars 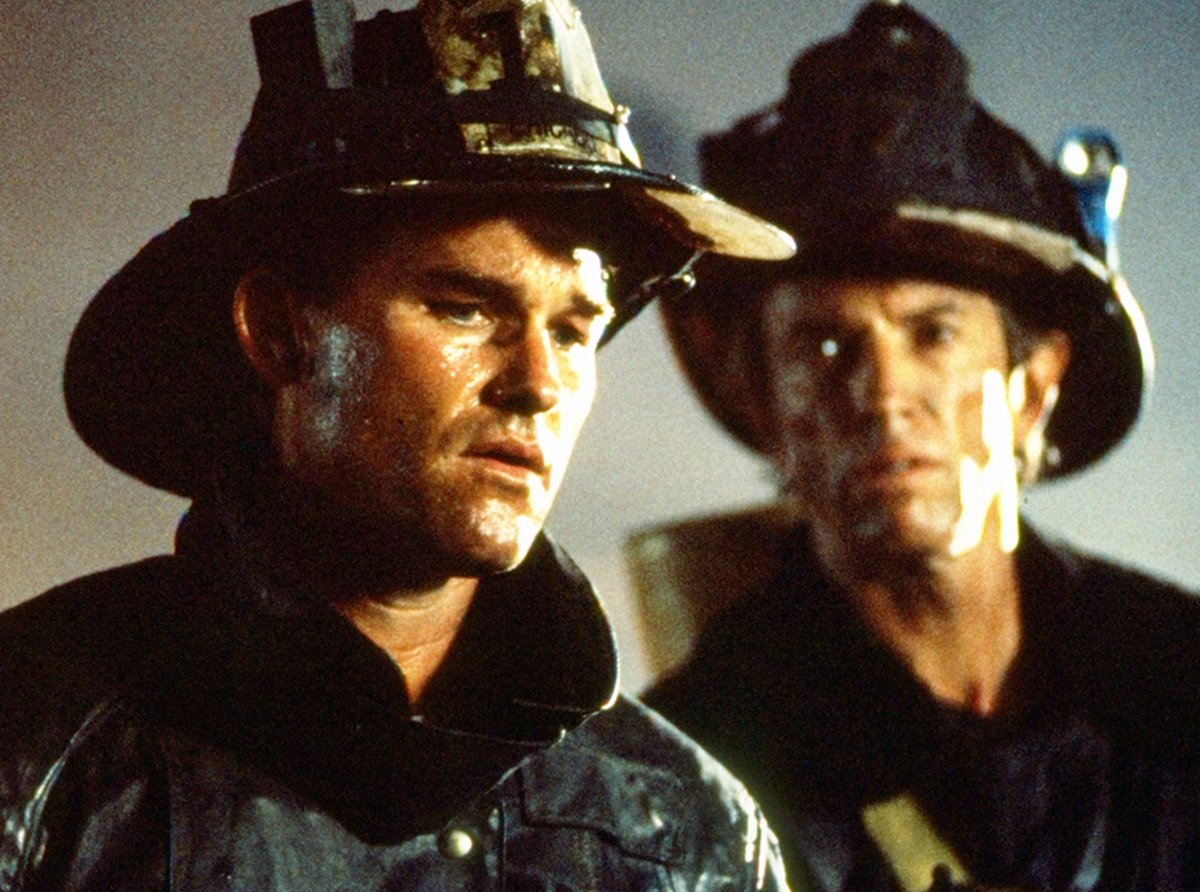 11. Director Ron Howard Donated Some Of His Earnings To A Local Fire Department

Backdraft’s kind hearted director Ron Howard was reported to have donated some of his proceeds from the film to his local Fire Department. 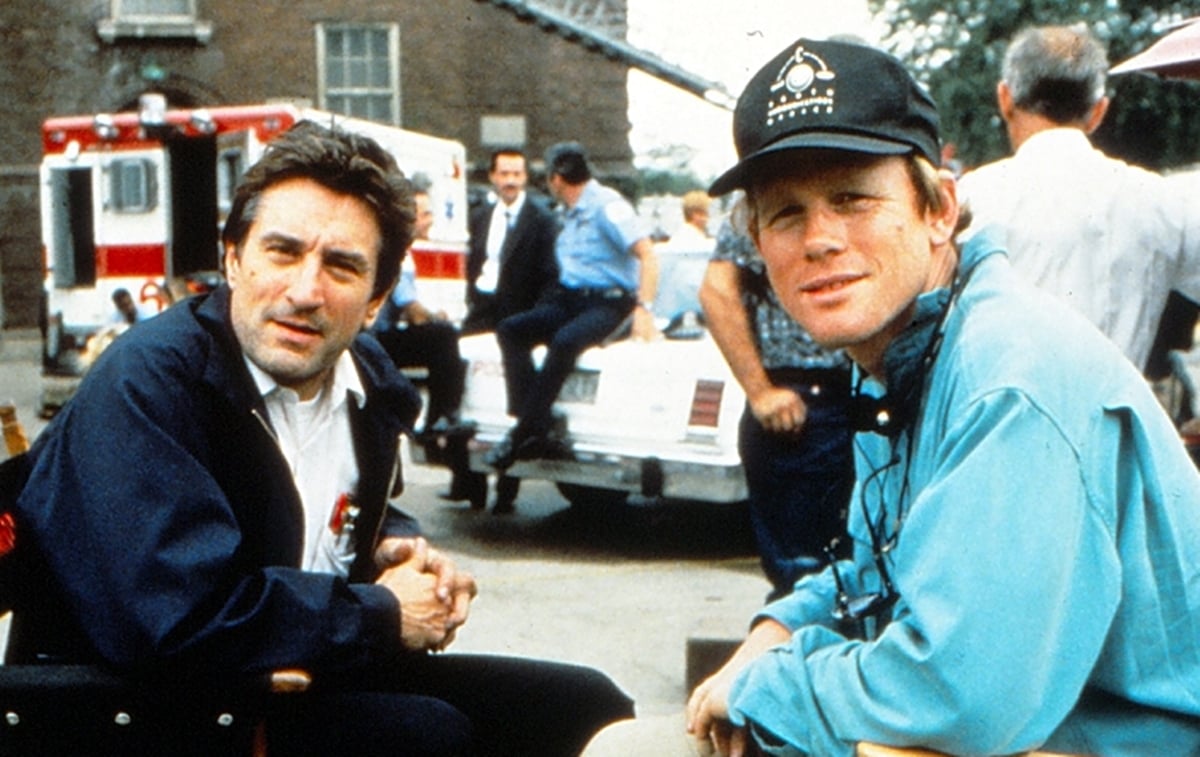 12. It Made The Cast Respect Real Life Firefighters

Actor Scott Glenn says that starring in Backdraft gave him a new respect for the real life firefighters “who put their lives on the line for all of us every day. We had it easy next to those guys.” 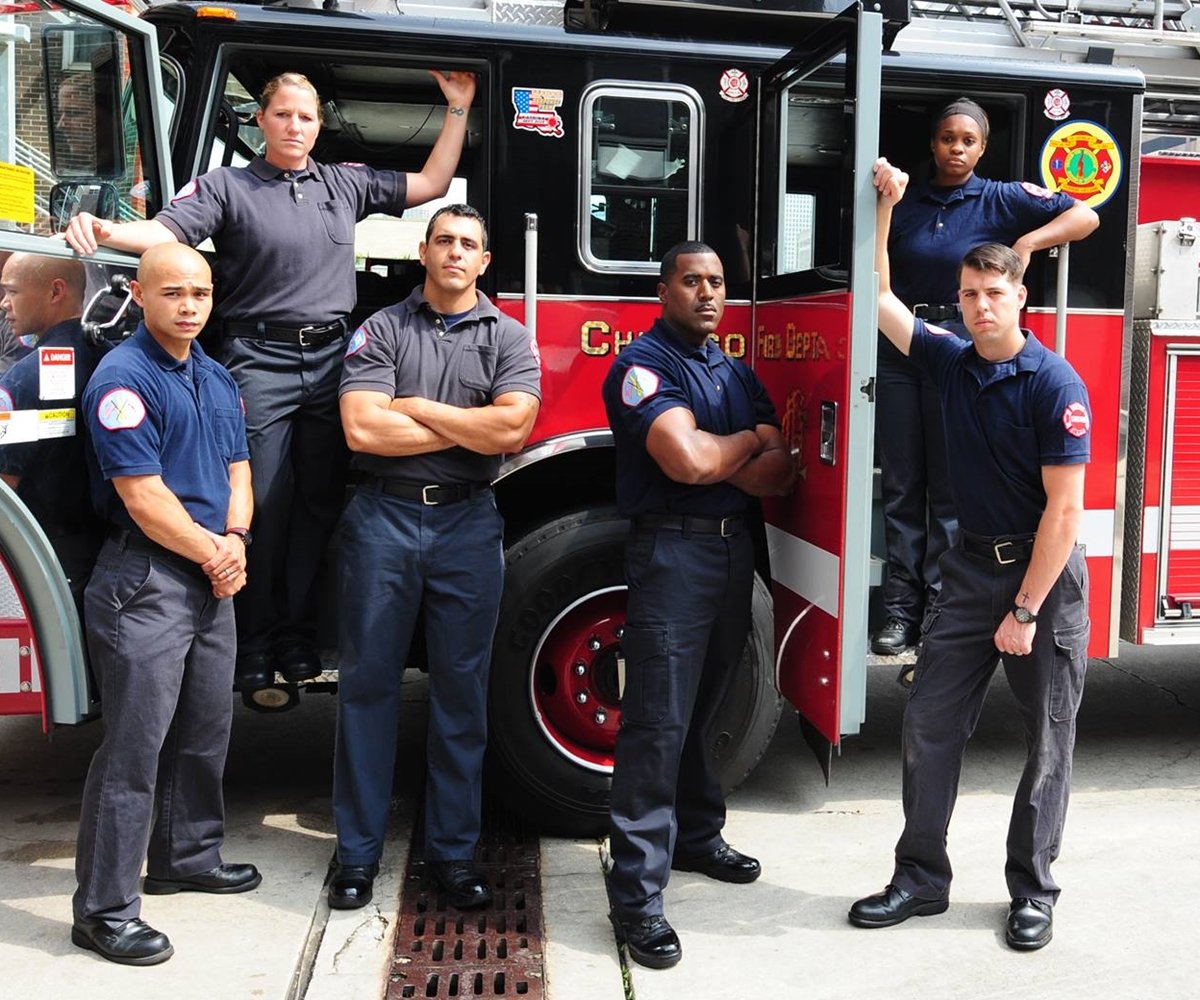 13. A Very Questionable Sequel Was Made

A Backdraft sequel was released in 2019 but it was such a flop that it went straight to video. Backdraft 2 appeared a massive 27 years after the original film was released. Filming took place in Romania and Toronto. 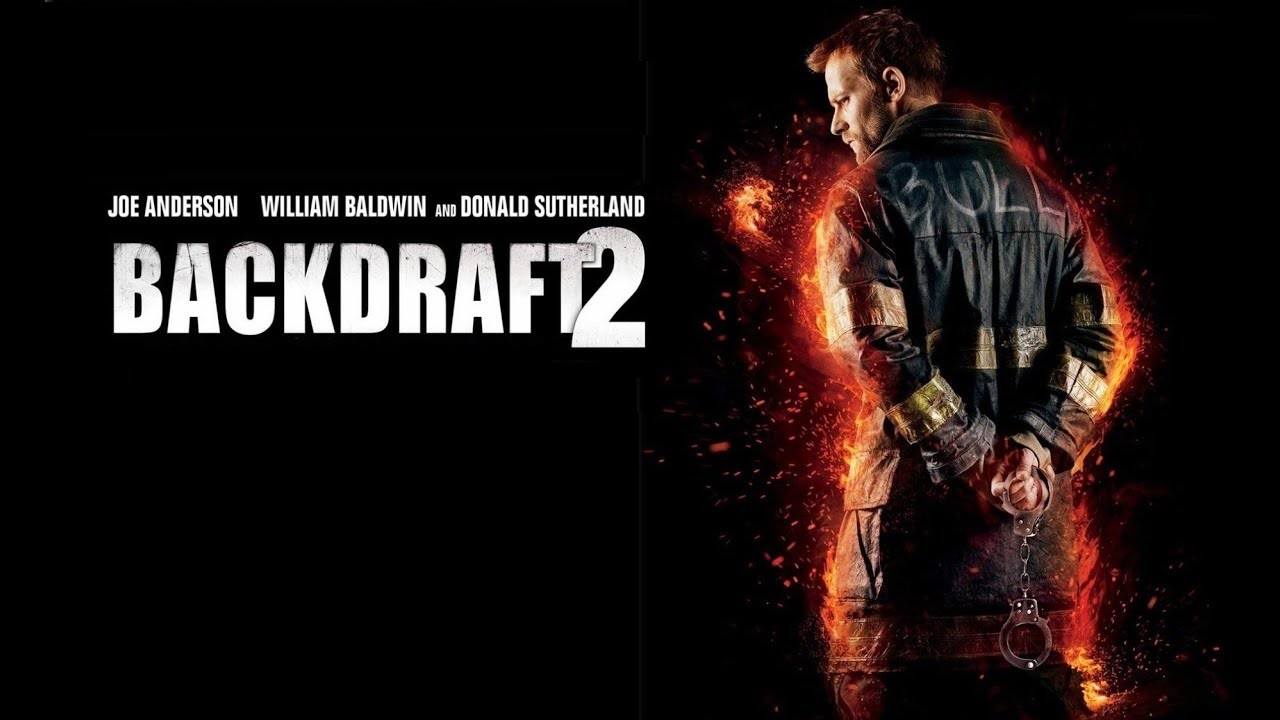 14. Two Of The Original Cast Members Made Cameos 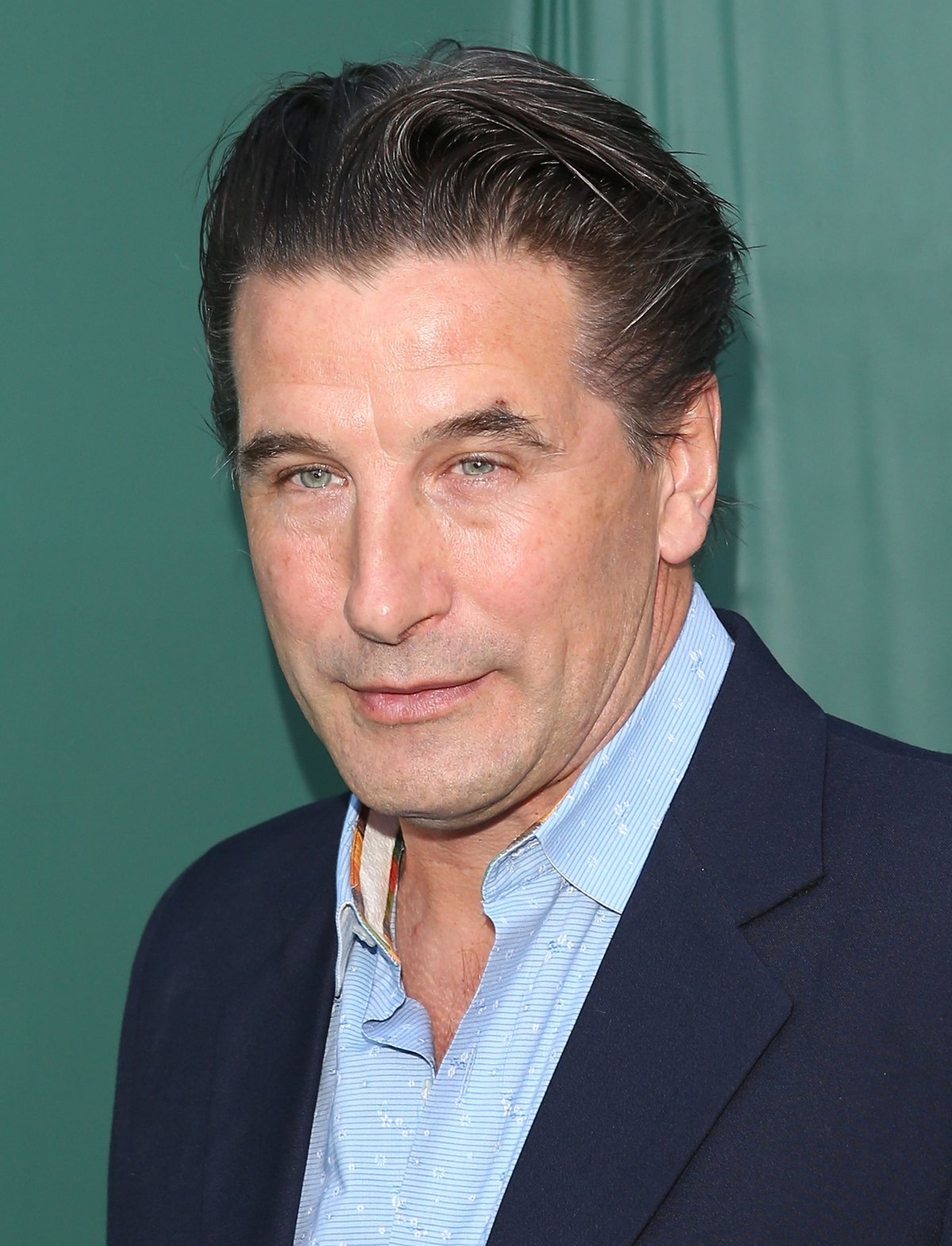 Did you enjoy all of these facts about Backdraft? Let us know in the comments section!