Back in the 80s and early 90s many gorgeous female faces adorned our bedroom walls, but rather than naming our very favourites, today we’re taking a look back at the girl groups that you once loved but have now completely forgotten about.

So we’re not talking about Bananarama or The Spice Girls. Today we’re trying to remember manufactured bands featuring beautiful ladies who once held so much promise and dreamt of eternal stardom, but who have now disappeared into the big girl group abyss in the sky.

How many of these girl groups do you remember being a fan of? Who was your favourite? And which forgotten girl group can you not believe we haven’t included? 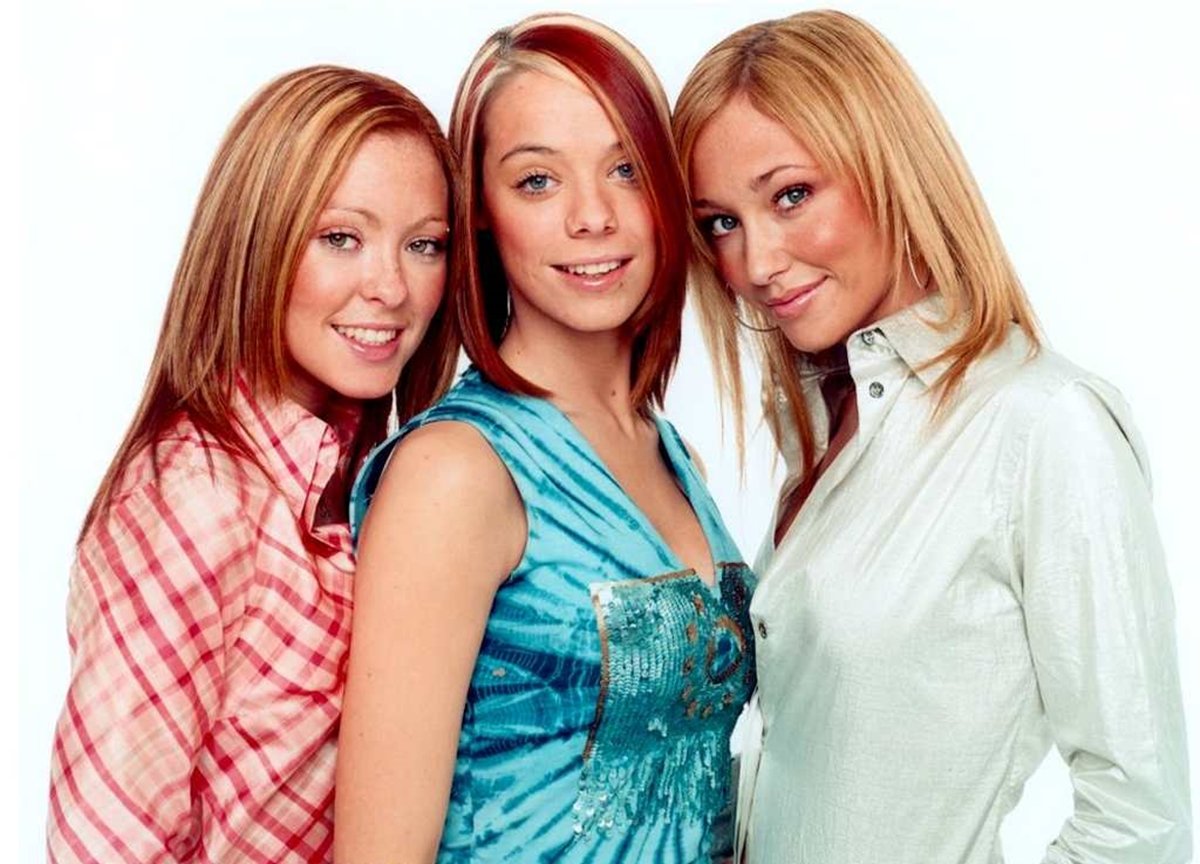 Do you remember Atomic Kitten? Their biggest single was ‘Whole Again’, which stayed at number 1 in the UK for 4 weeks and also topped the charts in 19 other countries. It was the 13th best-selling single of the 2000s and the most requested wedding first dance of its time!

The band recently reunited as a duo, though Natasha Hamilton and Liz McClarnon are yet to rock the charts like they did back in the noughties. 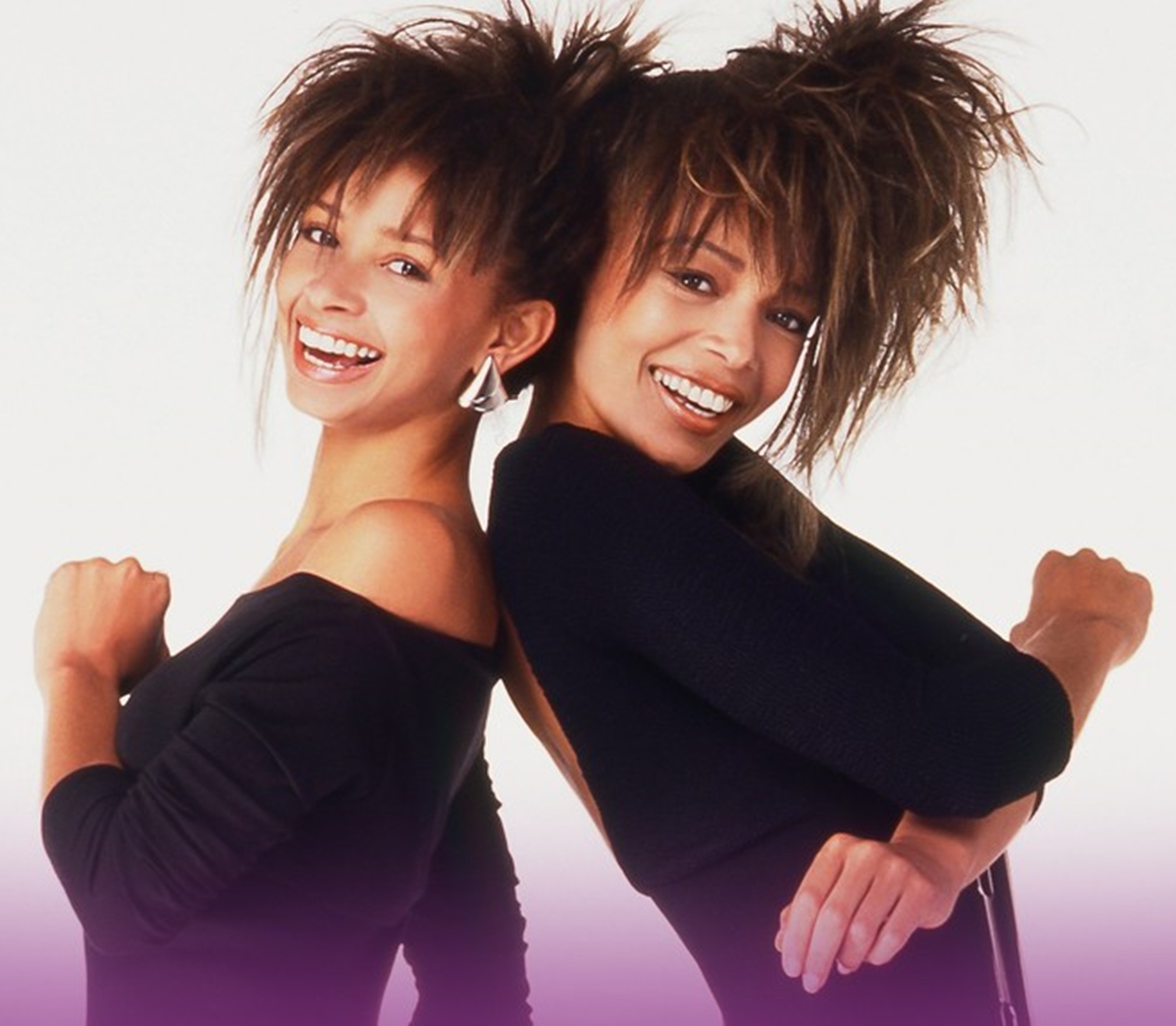 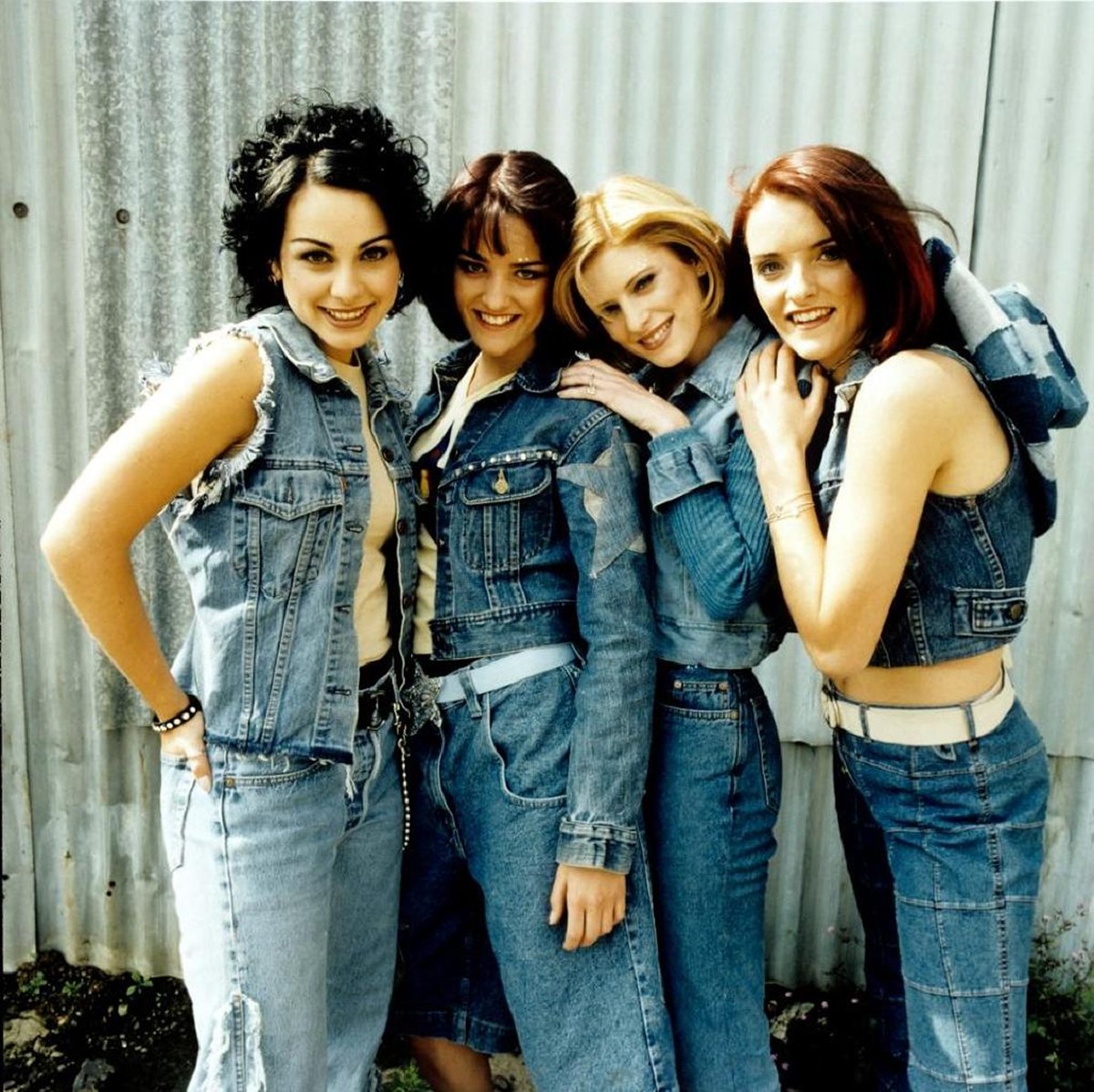 These Irish pixies had a massively catchy hit called ‘C’est la vie’, which we guarantee would have you singing along if you were to hear it again right now! 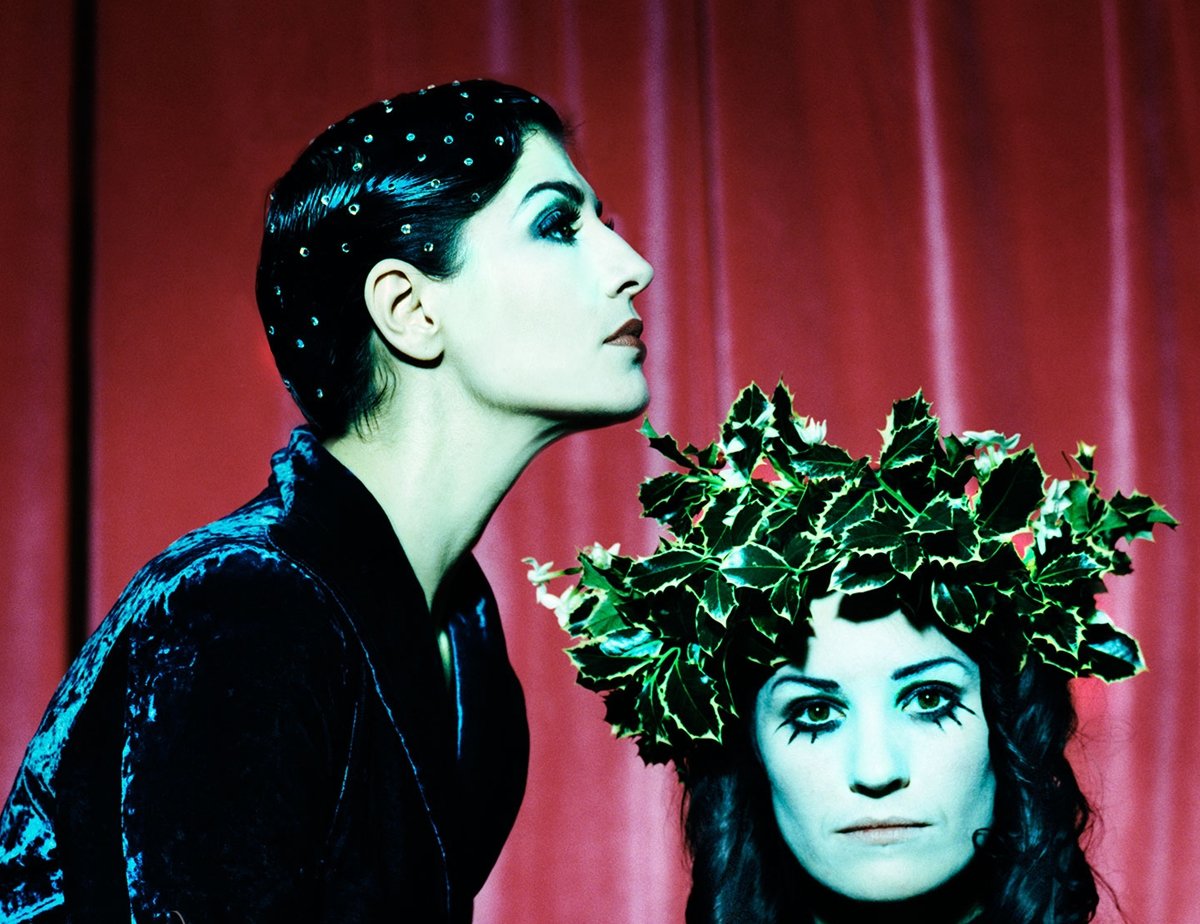 In 1988, frustrated with the direction she felt Bananarama was taking, group member Siobhan Fahey left the group and formed Shakespears Sister, along with American singer-songwriter Marcella Detroit. Their 1992 single ‘Stay’ spent 8 weeks at number 1 on the UK Singles Chart and won the 1993 Brit Award for Best British Video. 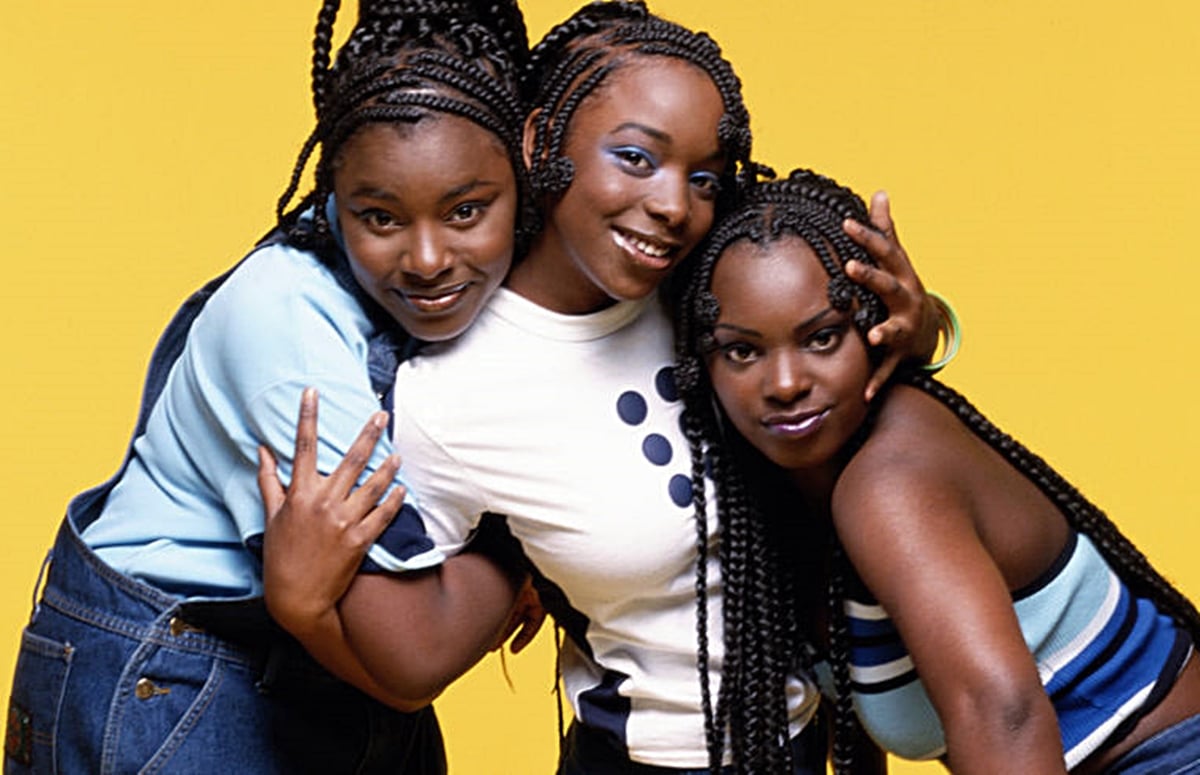 Cleopatra were apparently ‘Comin’ Atcha!’, which was also the name of the TV show that ran alongside their short-lived pop career. 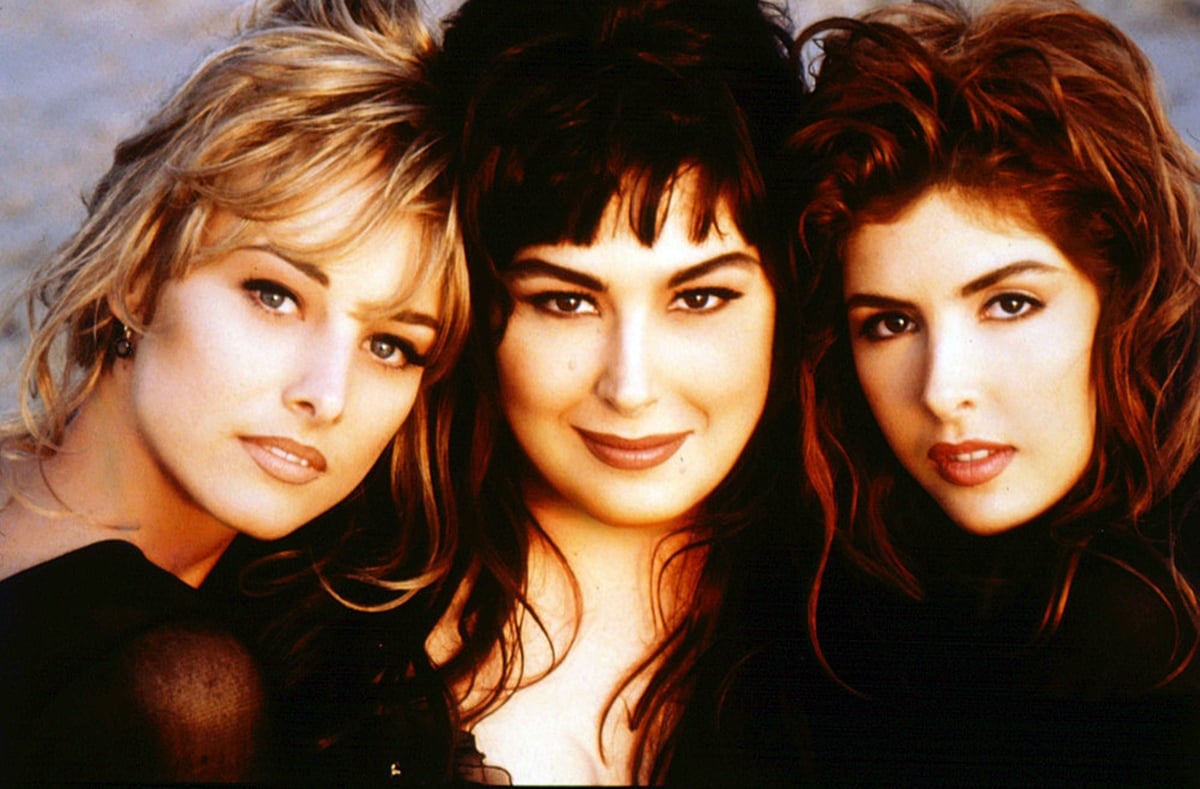 One-hit wonders they may have been (in the UK at least), but Wilson Phillips released one of the greatest songs ever written in the form of ‘Hold On’.

The younger generation might only know them as the butt of an affectionate joke in 2011’s Bridesmaids. 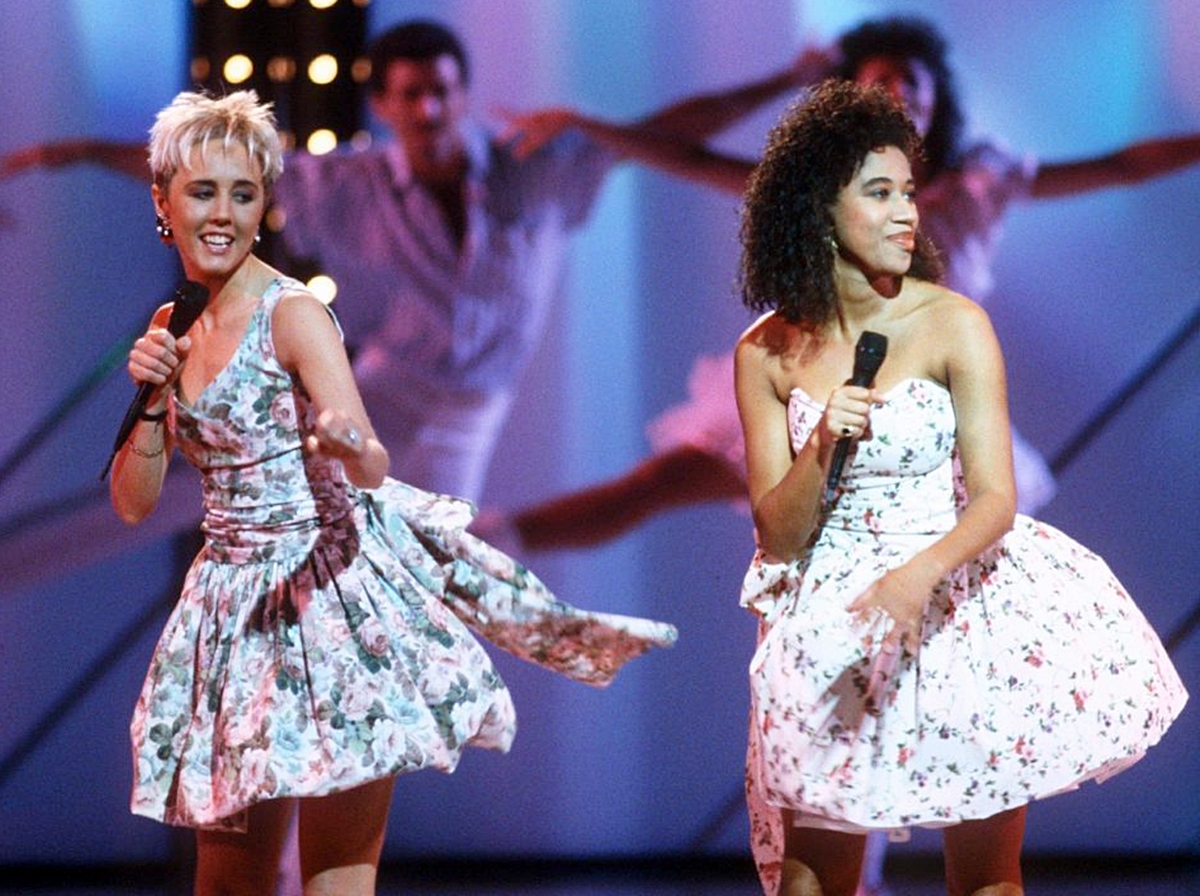 Remember Pepsi & Shirlie? If you were a fan then you’ll already know that they were made up of Helen ‘Pepsi’ DeMacque and Shirlie Holliman, and you’ll also know that they were both originally Wham! backing vocalists. In January 1987 they released their catchy debut single entitled ‘Heartache’, which reached number 2 in the UK Charts, and also number 2 in the American dance charts. 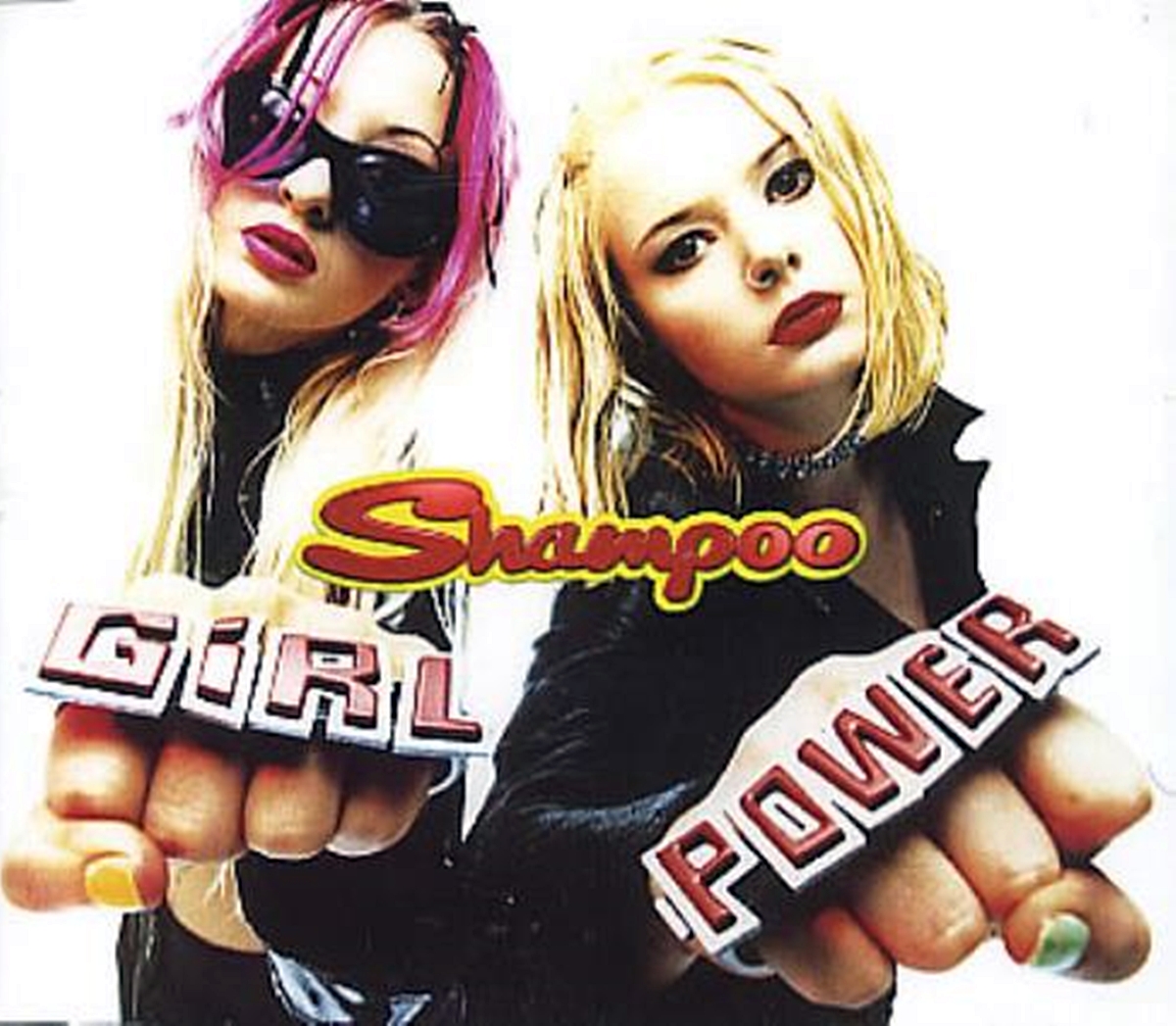 If you don’t remember Shampoo then you may remember their big hit ‘Trouble’. They were pretty successful in Japan, with ‘Trouble’ being used in the 1995 film Mighty Morphin Power Rangers: The Movie. 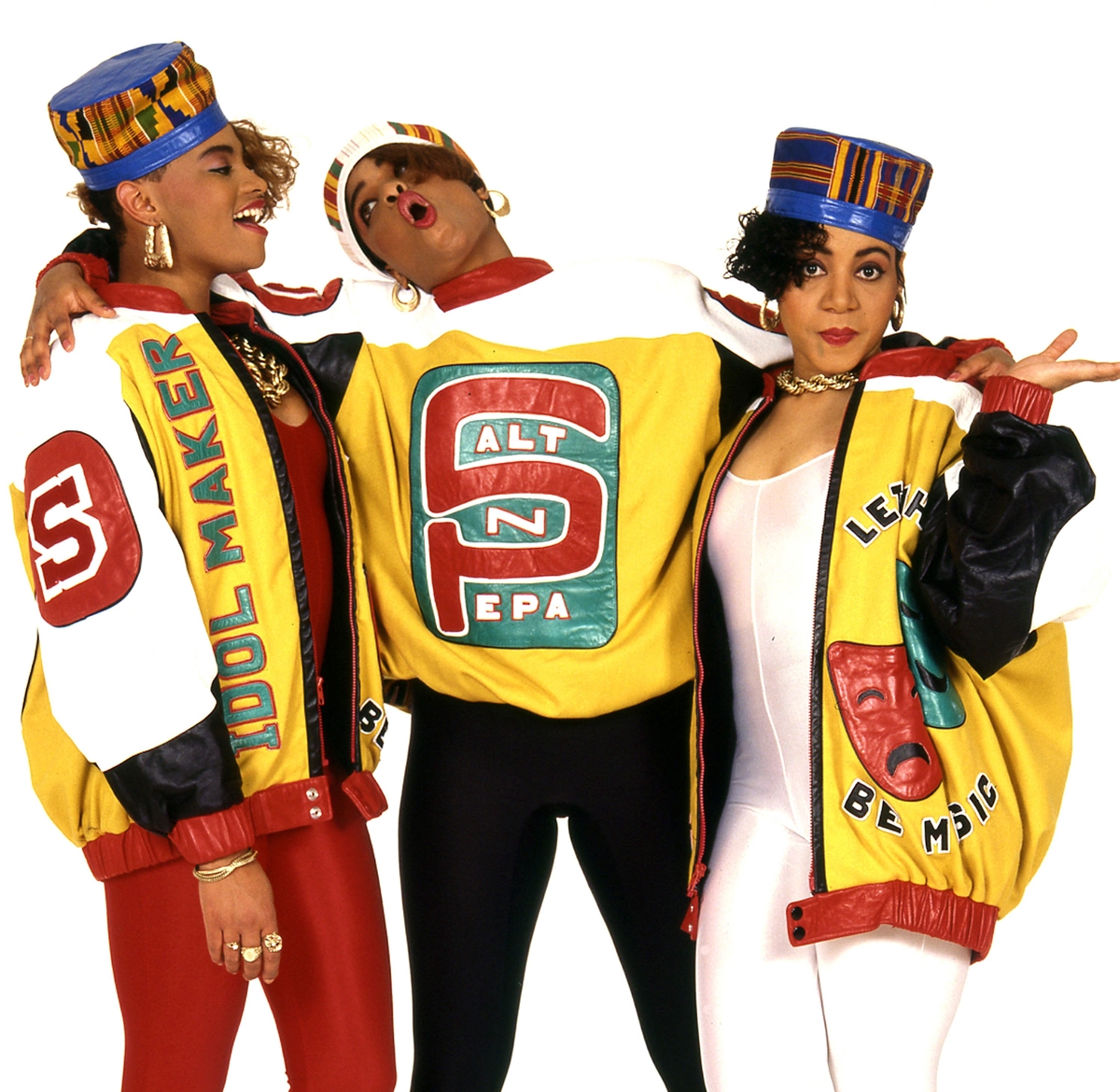 Hip-hop pop legends Salt-N-Pepa pushed the envelope with their gaudy fashion and sexualised lyrics, and they pushed it real good. See what we did there? Sadly, we don’t hear much about them anymore! 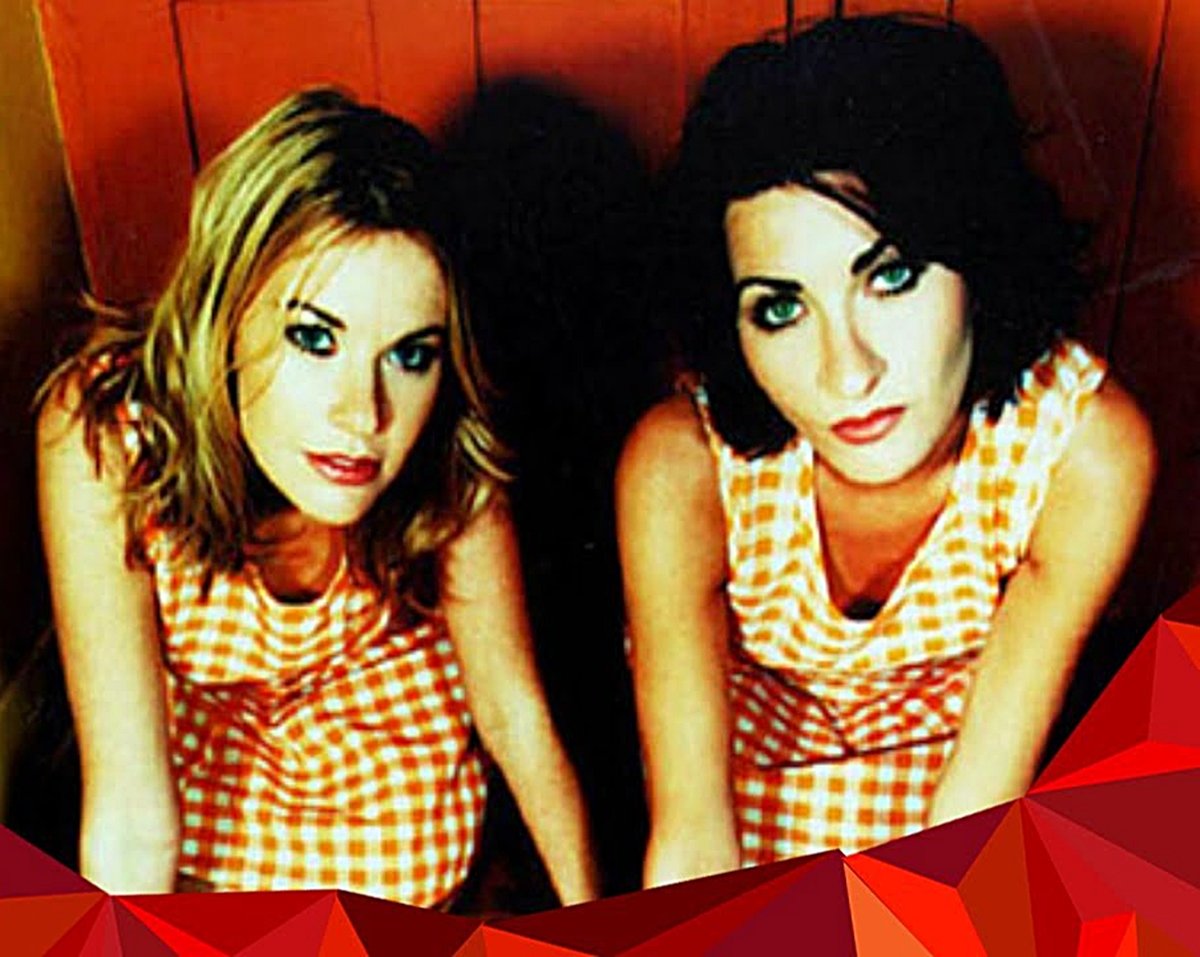 Alisha’s Attic consisted of sisters Shelly McErlaine and Karen Poole, and their singles included ‘I Am, I Feel’ and ‘Alisha Rules the World’. 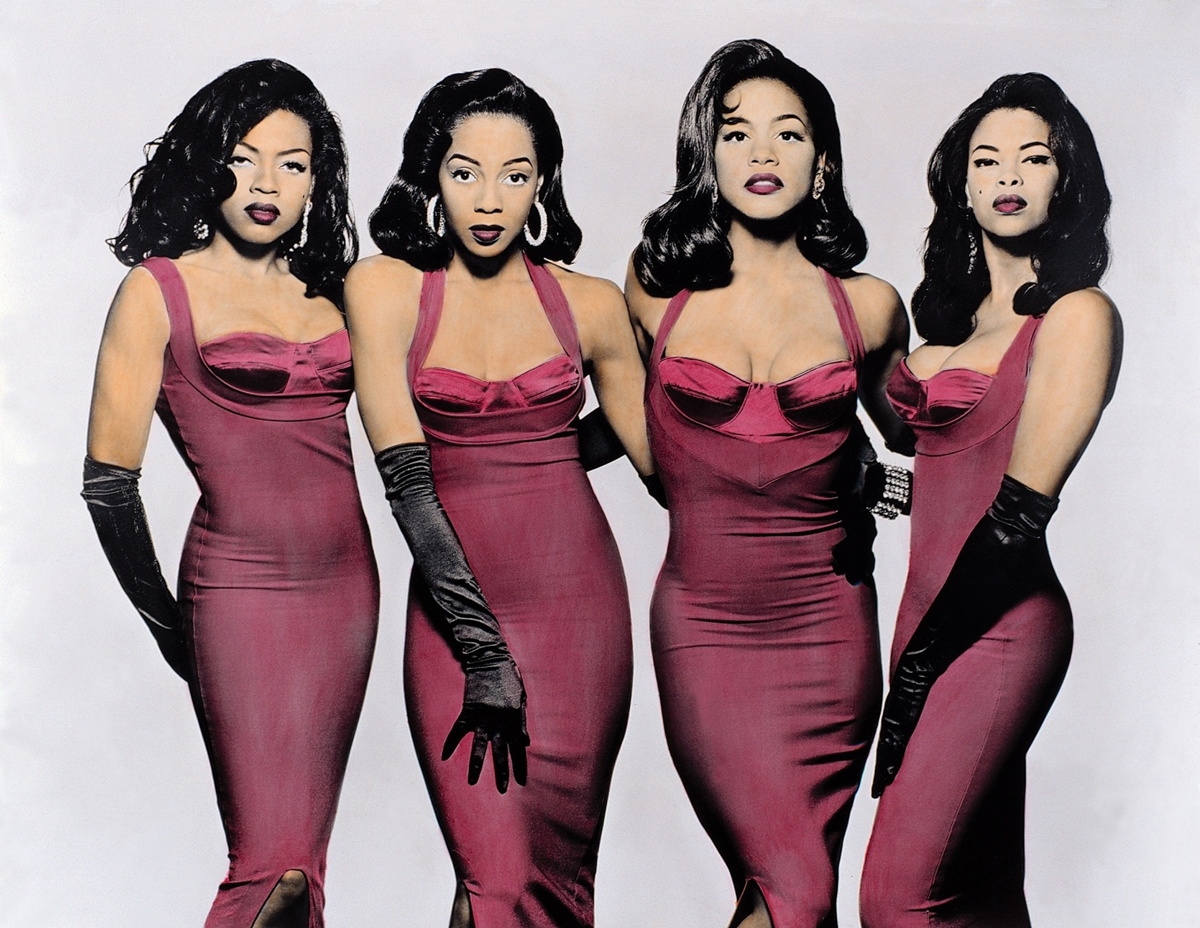 En Vogue sold a whopping 30 million records worldwide, and are often named as one of the best female vocal groups of all time. They’re actually still performing today, though a series of turbulent reunions and dissolutions in the noughties mean they haven’t had a proper hit in a while. 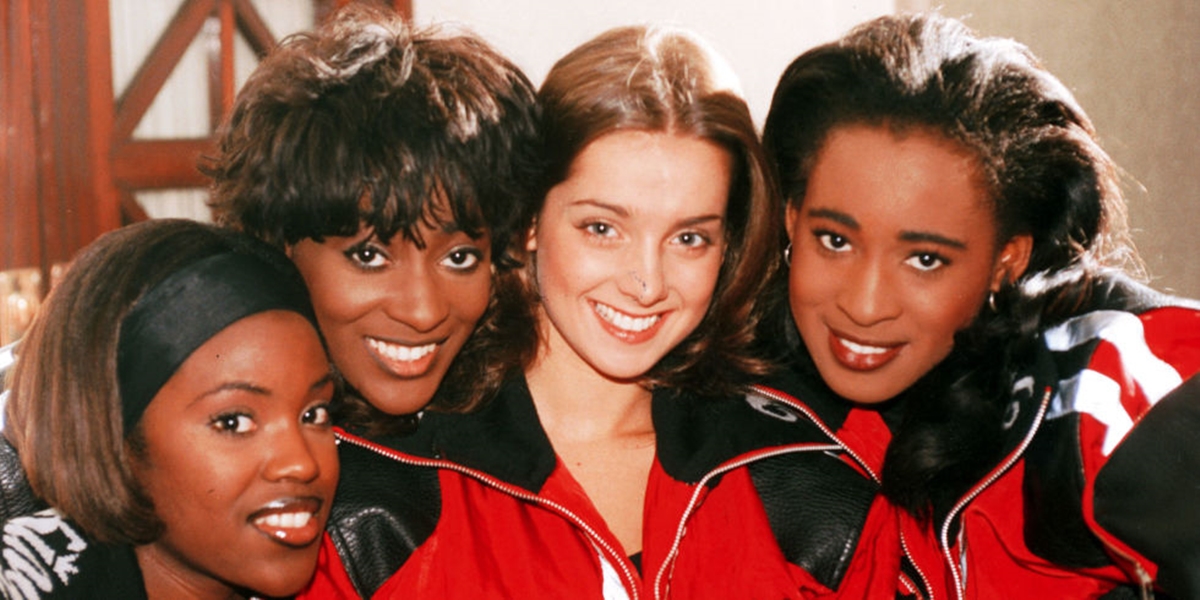 Personally we loved Eternal, especially when the lovely Louise Nurding (now Redknapp) was a member. They had a number of brilliantly catchy hits, including ‘Stay’. 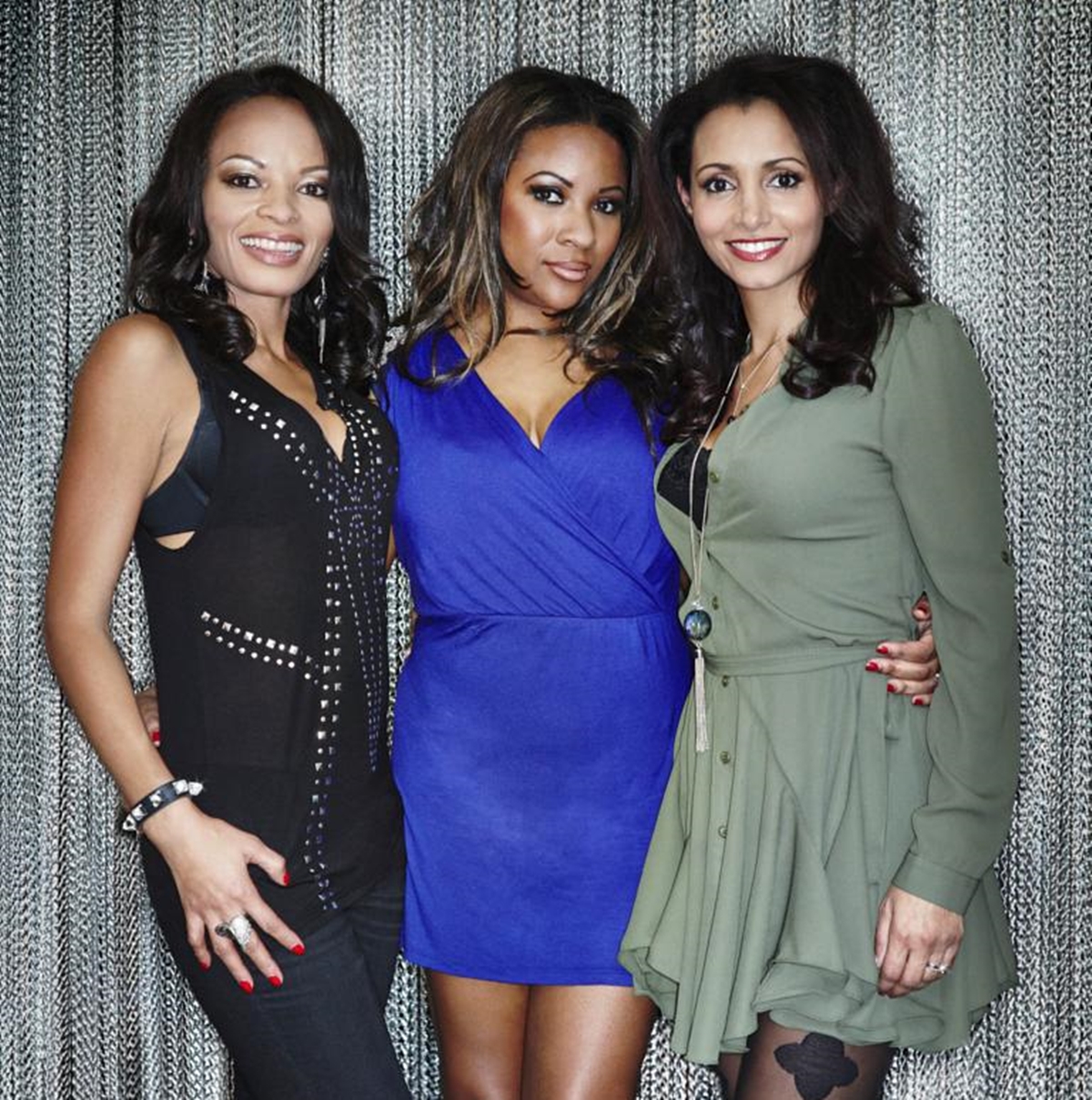 The Honeyz were are an English R&B girl group who had 5 UK Top 10 hits in the late 90s, which included ‘Finally Found’, ‘End of the Line’ and ‘Love of a Lifetime’. Surprisingly,  despite having the visual and musical style of an off-the-shelf H&M advert, they sold over 4 million records worldwide! 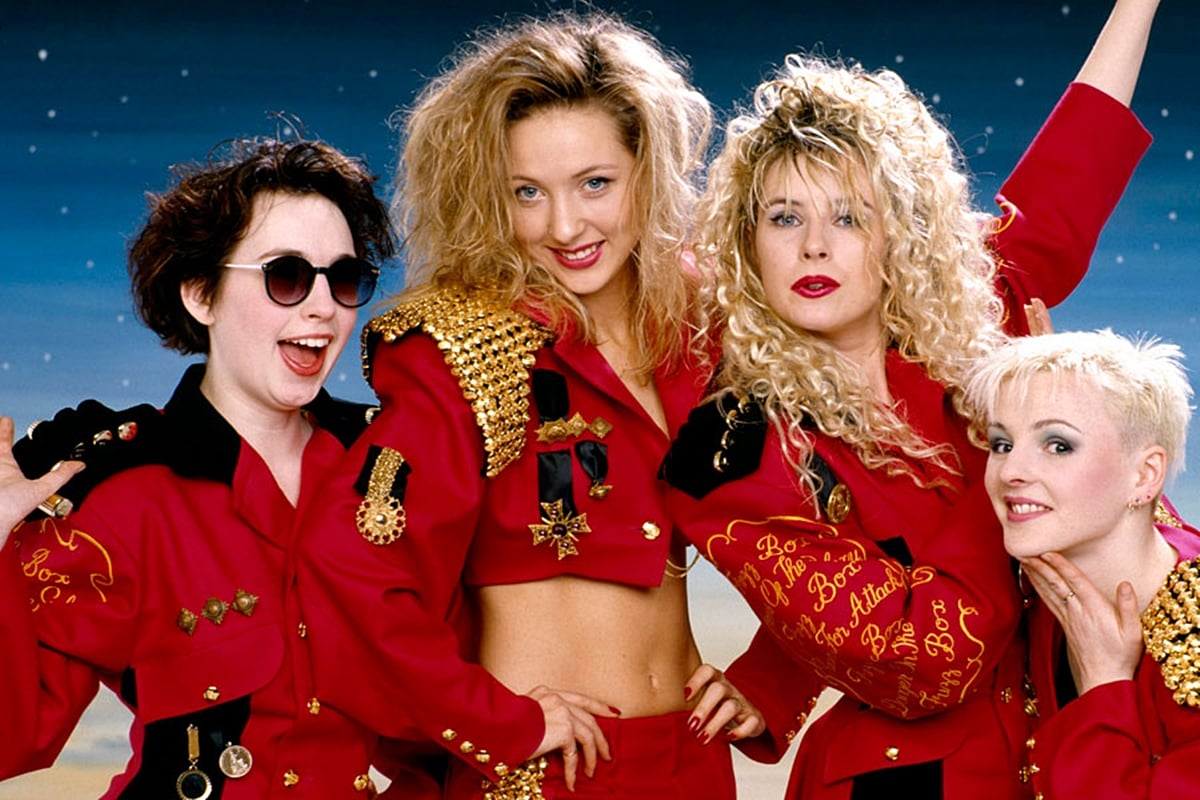 Remember Fuzzbox? Their full name was actually ‘We’ve Got a Fuzzbox and We’re Gonna Use It!!’. They were formed in Birmingham in 1985 and originally consisted of Vix (Vickie Perks), Magz (Maggie Dunne), Jo Dunne and Tina O’Neill.