14 Games And Gadgets From When You Were Growing Up

Do you remember all the great games and gadgets you had when you were growing up? I don;t know about you, but I just feel like they don’t make things like this anymore, with manufacturers preferring to use electronics and making them more and more complex and less hands-on.

Well I say bring back the good old days! Here are some games and gadgets from when you were growing up that will set you on an absolute nostalgia overload! One of my absolute favourites! Kongman was like a vertical Screwball Scramble, but it was so clever and so tough to complete. You had to get the ball bearing up to the top of the tower to rescue for the girl from the dreaded Kong Man. I need to try and get this on Ebay, I’ll be back shortly…

Basically table tennis, but without the bats. Or the ball. But you had a net! And pigs, that were hollow and full of air, so you had to try and use them to send the soft “ball” over the net like in Ping Pong, very difficult to master but great fun! 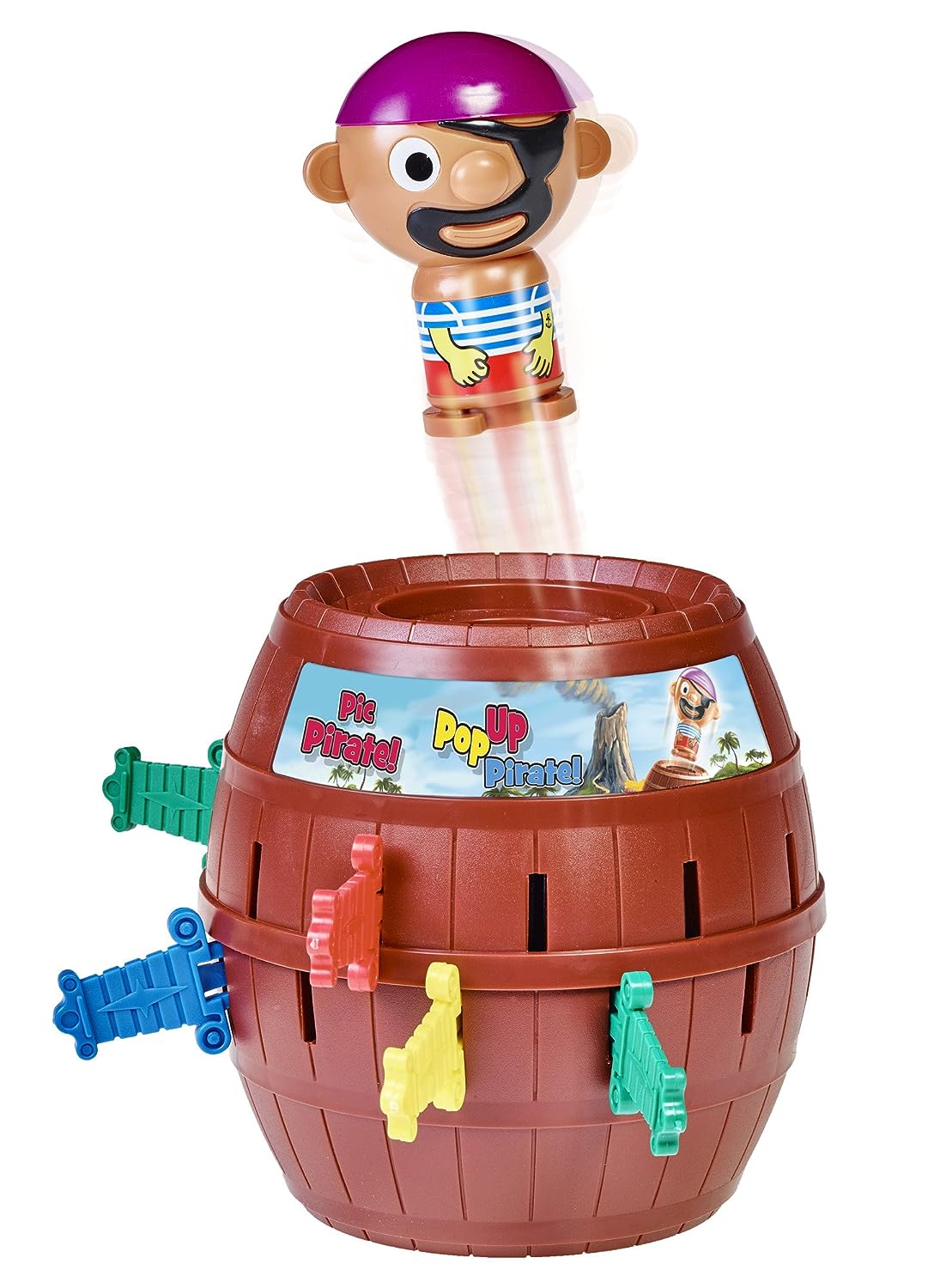 The Pirate was in the barrel with his head sticking out and you had to keep putting swords in to the barrel to try and “stab” the pirate to make him jump out – a nice, kid-friendly game! Great fun and so frustrating when you put the sword in and felt the little resistance which meant you’d picked the wrong hole and the pirate was about to pop up!

After the success of the Rubik’s Cube came Rubik’s Magic. This was so tough. I got this, jumbled it up and never even got close to getting it back to how it started. I remember it getting very broken in my frustration! Did any of you complete this? 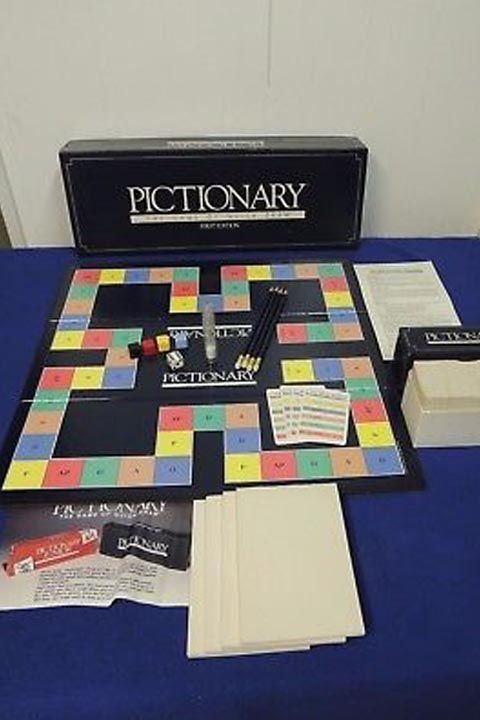 The drawing version of charades, this was such a great and fun game, though it was frustrating if you were with someone who couldn’t draw. Or guess. In fact the most frustrating thing was drawing what was so obviously a rhinoceros and your mum saying “Cat”, “Cloud”, “puddle” when it’s so obvious to you what it is! 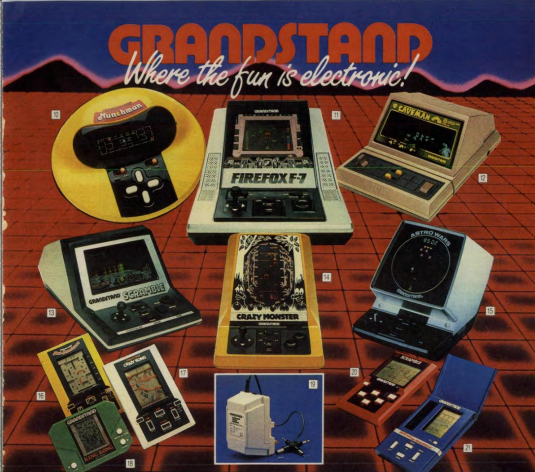 With a wide variety of titles to choose from and some really entertaining games, Grandstand was second only to Nintendo with the handheld video games in the early part of the 1980s – which of these did you have? Still available today, it really took a lot of skill to get Spirograph to make something that didn’t just look like a squiggle or a simple fuzzy circle. I never managed to do much more than that and certainly didn’t ever make anything like they showed in the adverts and on the box – did you?

I was so desperate to get one of these when I was young so was delighted when I though I can draw a picture and give one copy each to my Mum and Dad…. No. The “copier” used carbon paper to put the drawing on to paper, so once it was done, if you wanted another copy you either needed a proper photocopier or had to draw it again. I remember being so secretly disappointed but told my Mum it was amazing! 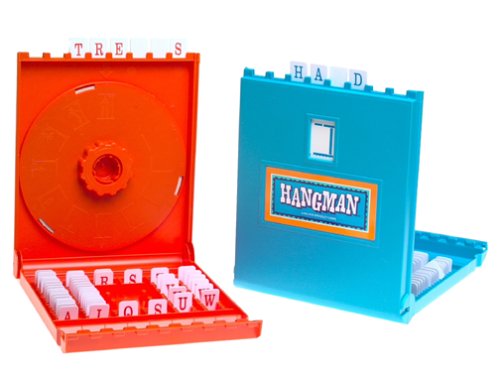 The board game version of the popular pen and paper game, this allowed you both to guess words at the same time, and had a little spinning dial to depict the hanging of the condemned man. Somehow the game just seemed more fun like this than on paper and pen. 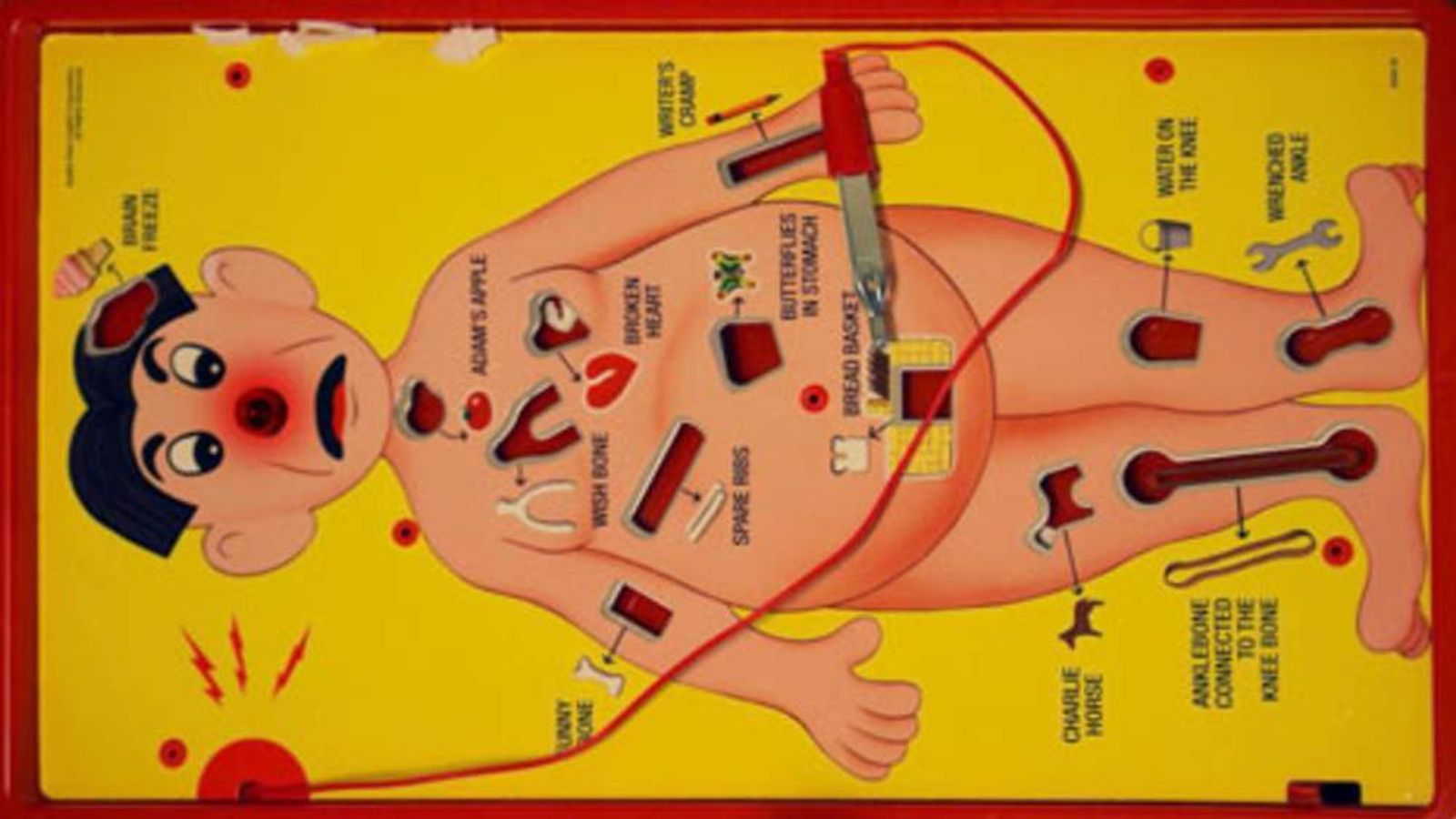 The classic game of skill and dexterity in which you had to remove parts of the patient’s body without touching the sides with the tweezers. Some parts were so easy, but that bloody wish bone!!! Similar to Pop Up Pirate, you had to add the parts to Mr. Pop’s face without making him “pop” and shed all the parts you’ve already added. Great fun, frustrating when you lost and often made you jump when it did! 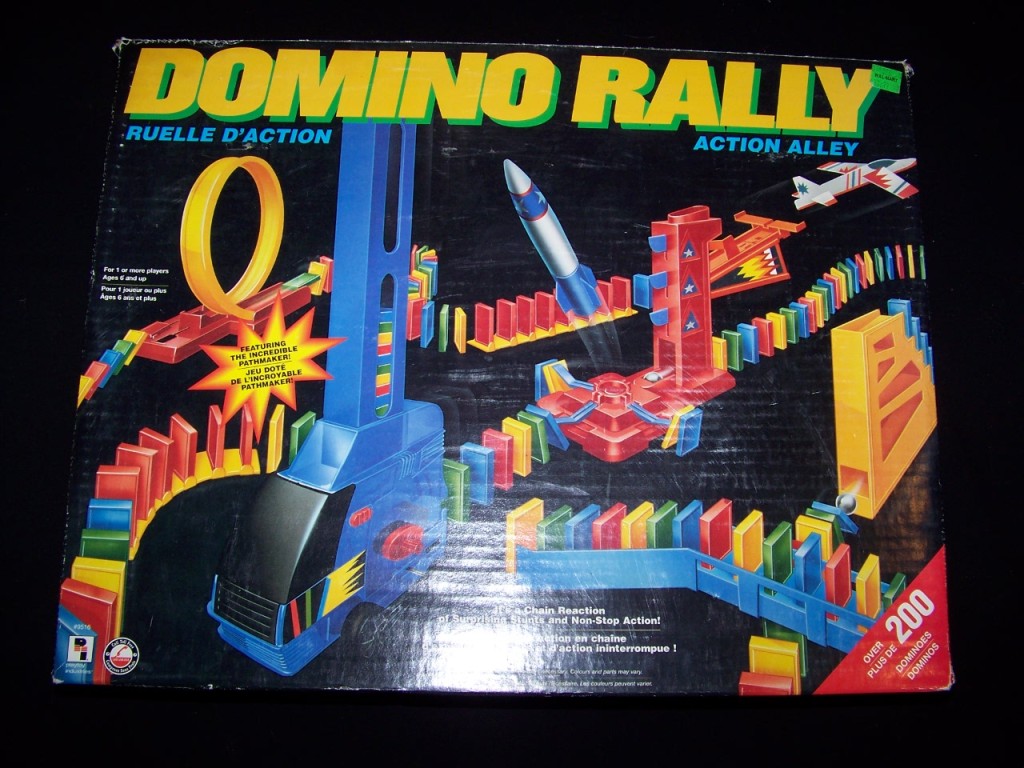 So much fun to try and get a domino rally set up that would work really well and look fantastic when it went. 9 times out of 10 of course, you always sneezed at the wrong moment, or our Siamese cat Roland would come and lie in the middle knocking them down because you dared go 3 minutes without giving him attention! 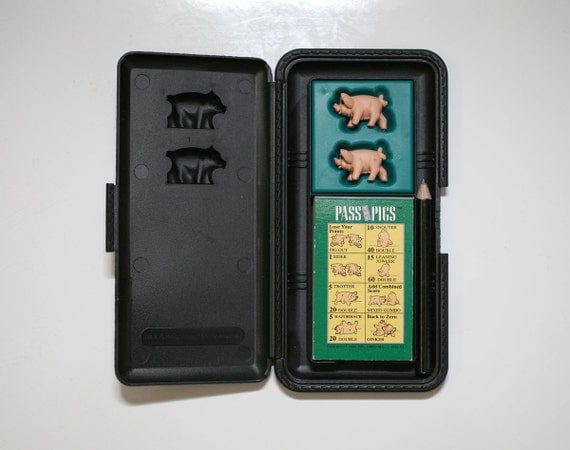 Pas the pigs, the simple game where you roll two pigs and then get a score based on how they land. Everyone always chuckled when they got “makin’ bacon”…

Paul Daniels was such a household name in the 80s making Saturday nights truly entertaining – and he was from my home town of Middlesbrough which made him even better! With this set you could “be” Paul Daniels amazing your family and friends with some basic magic tricks. You just had to find your own Debbie McGee!

So which of these have made you sick with nostalgia, wishing they still made things like this now? Which are you now going to dig out so your kids can experience the same fun you did at their age? Let us know in the comments!