The year is 1988, and audiences are set to witness the return of one of the decade’s greatest comedy stars. Bill Murray, already an icon thanks to Caddyshack, Ghostbusters and Stripes, had been absent from the screen – excepting for a couple of cameos – for four years.

Now he was back in Scrooged as Frank Cross for Richard Donner’s modern update of Dickens’ Christmas classic. Here are some little-known facts about the classic film. Here are 10 things you never knew about Scrooged, a dud that became a cult Christmas classic.

10. Bill Murray and Richard Donner struggled to work together 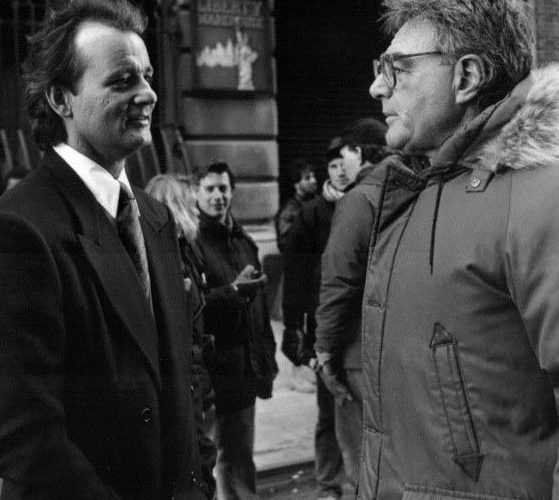 To put it politely, Bill Murray and Scrooged director Richard Donner did not enjoy their time working together. When Roger Ebert asked Murray if he had any disagreements with Donner, Murray replied: “Only a few. Every single minute of the day… He kept telling me to do things louder, louder, louder. I think he was deaf.”

As for Donner, he said directing his star on this film was “like standing on 42nd Street and Broadway, and the lights are out, and you’re the traffic cop.”

9. Murray ended up rewriting most of the script – and ad-libbing the rest 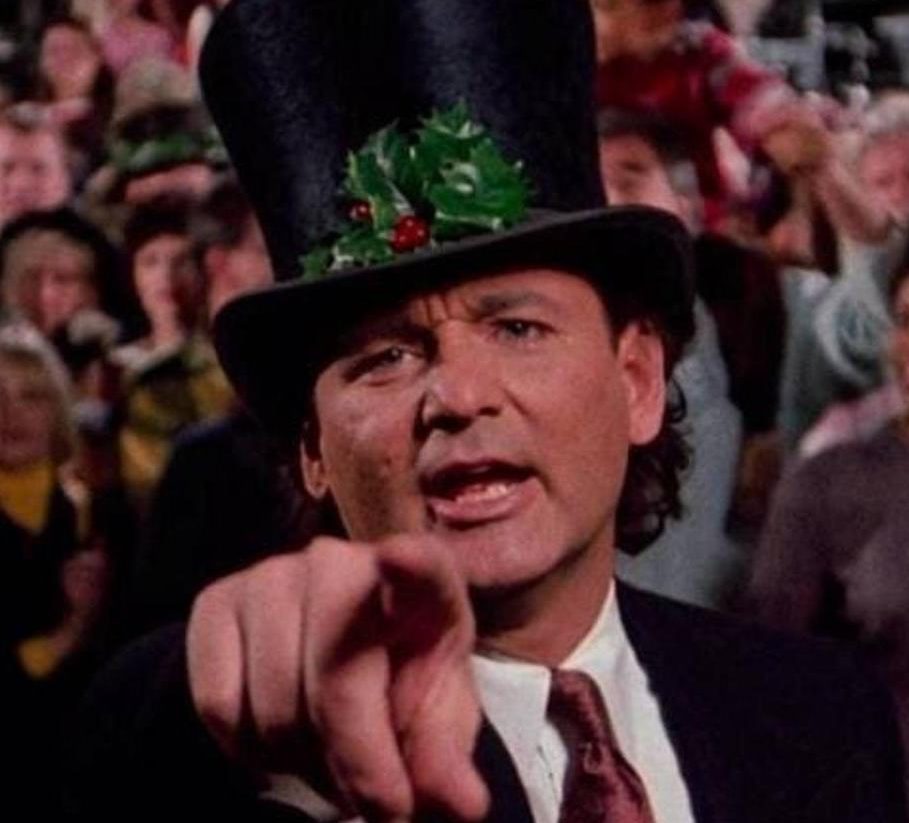 Many of Scrooged’s scenes were improvised through the shoot by Murray, which is fairly typical for the former SNL grandee.

Already evident from his endless ad-libbing, Bill Murray didn’t think much of the film’s original script: “We tore up the script so badly that we had parts all over the lawn… There was a lot I didn’t like.”

8. Murray had to charm Robert Mitchum into starring 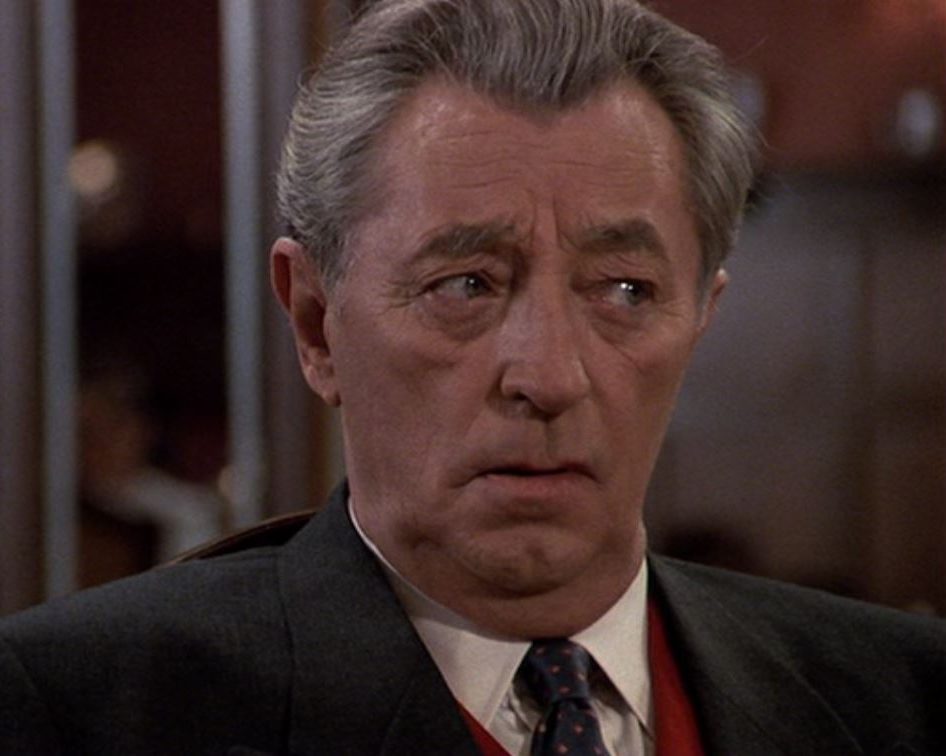 It wasn’t a given that Hollywood legend Robert Mitchum would sign up to a screwball Christmas comedy like Scrooged, so Richard Donner brought in Bill Murray for a charm offensive: “He came in and we never got a word in edgewise. He’s so wonderful with stories, and we didn’t want to talk. The minute you get around Bill, you’re swooning.” 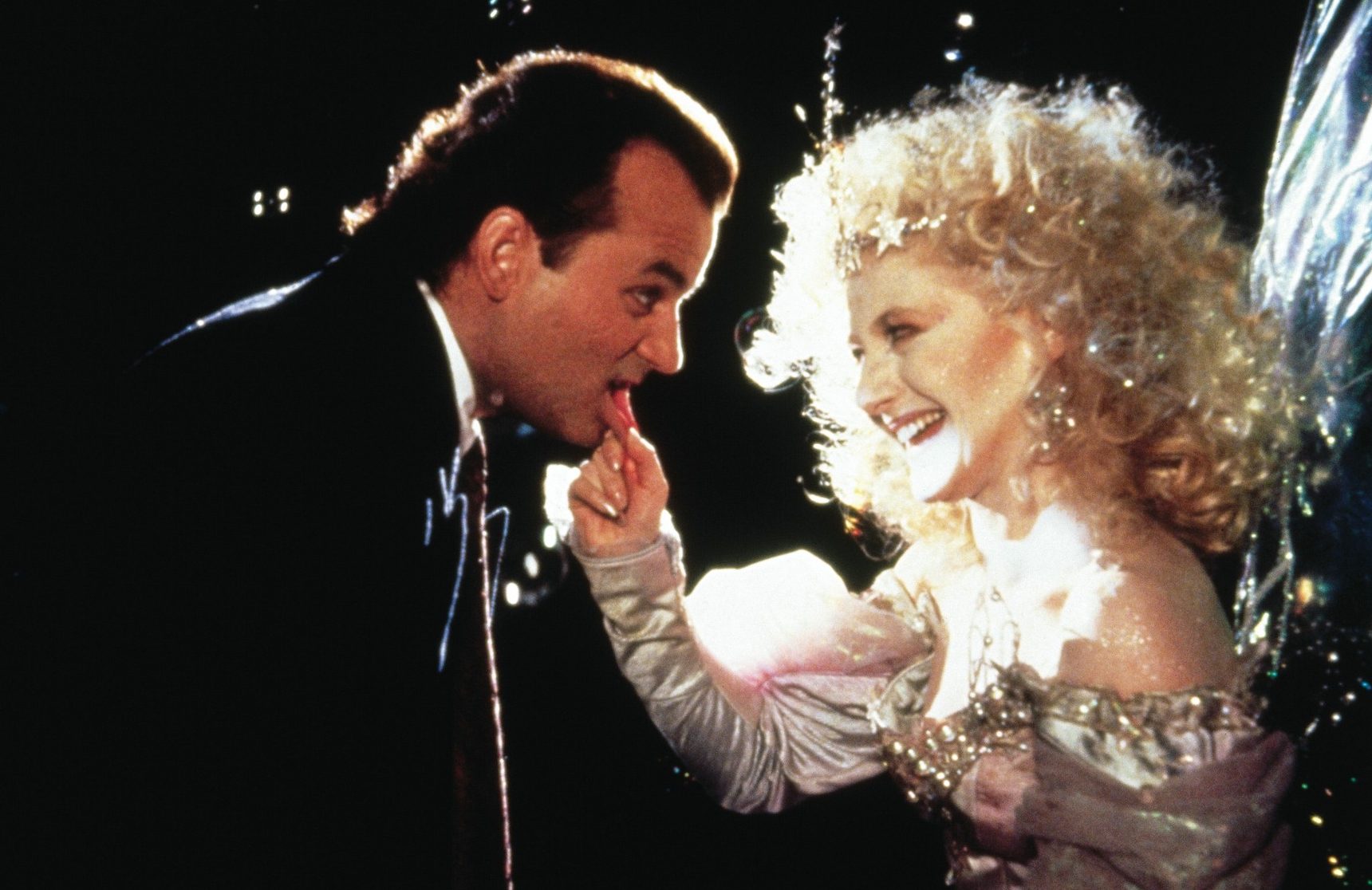 The Scrooged set wasn’t just home to disagreements between director and star. During filming of the scene in which Carol Kane’s Ghost of Christmas Present grabs Frank’s lip, Kane tore at Murray’s lip so hard that production had to be shut down while he recovered.

6. John Houseman died a month before the film’s release 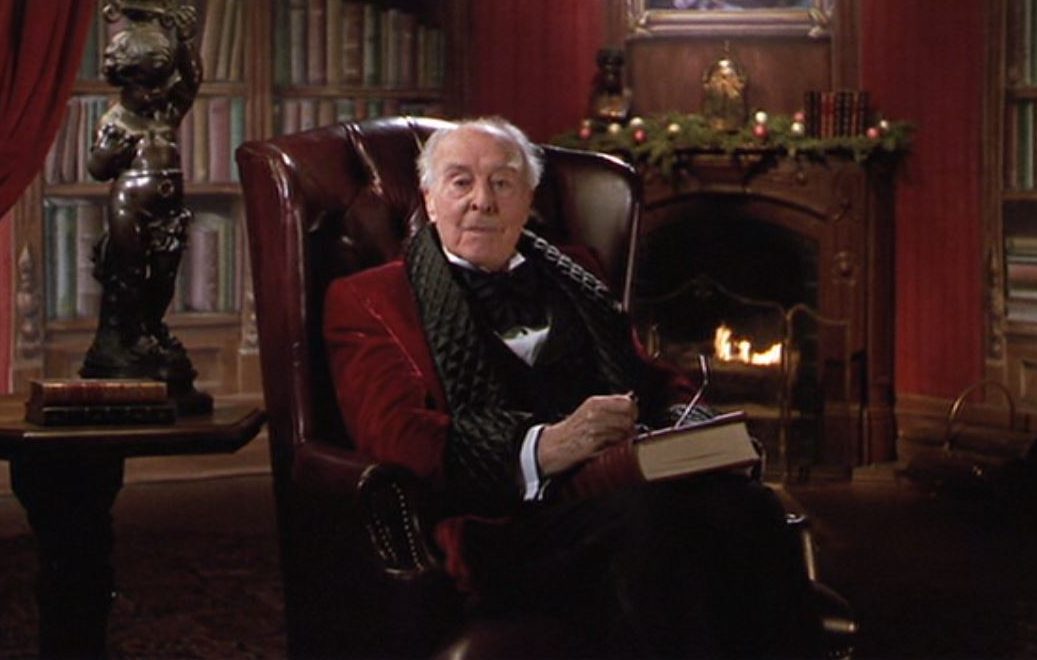 Along with Mitchum, another legendary actor agreed to appear in Scrooged. Sadly, John Houseman, a Hollywood veteran who had been an early collaborator of Orson Welles, died on October 31, 1988 – not one month before Scrooged opened to the public on November 23.

5. It shares a minigun with Predator 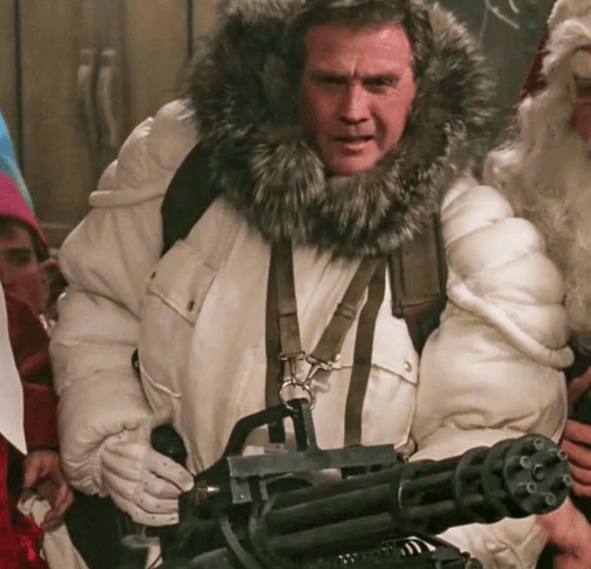 Another critical flop that later became a cult classic, the sci-fi action movie Predator was released the year before Scrooged. In a stroke of Hollywood coincidence, the minigun wielded by Lee Majors at the beginning of Scrooged is the same one used by Jesse Ventura’s Blain in Predator.

4. The ‘starving musicians’ are actually all music legends 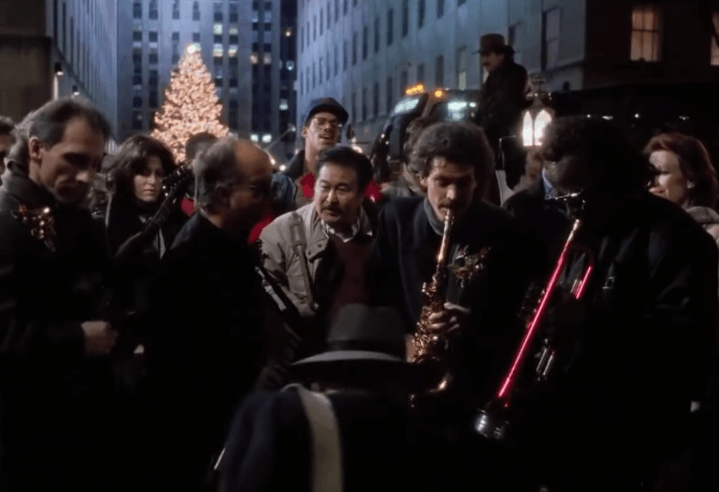 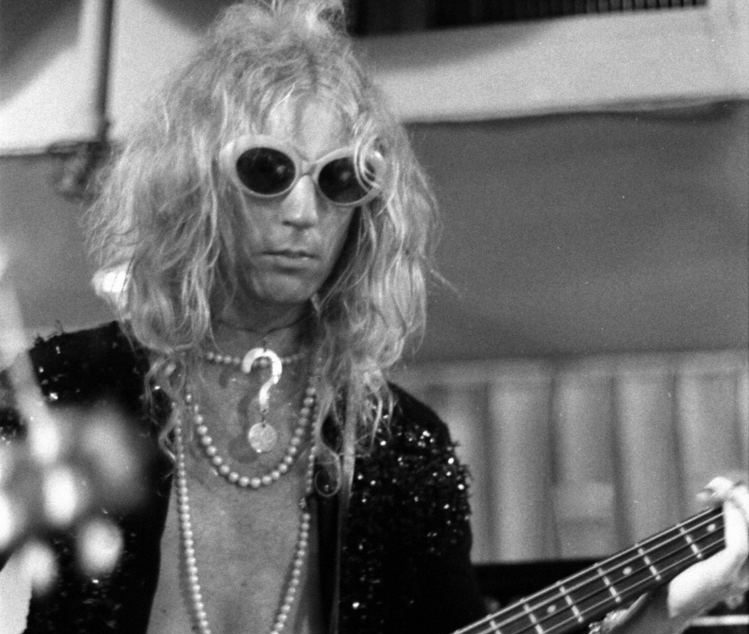 Bassist Arthur Kane took the splitting-up of his band the New York Dolls badly. Things got so bad for Kane that, when he found himself watching Scrooged one night and saw the Dolls’ frontman David Johansen had moved on to bag a starring role, he attempted suicide by jumping out of his apartment window. Fortunately, Kane survived. 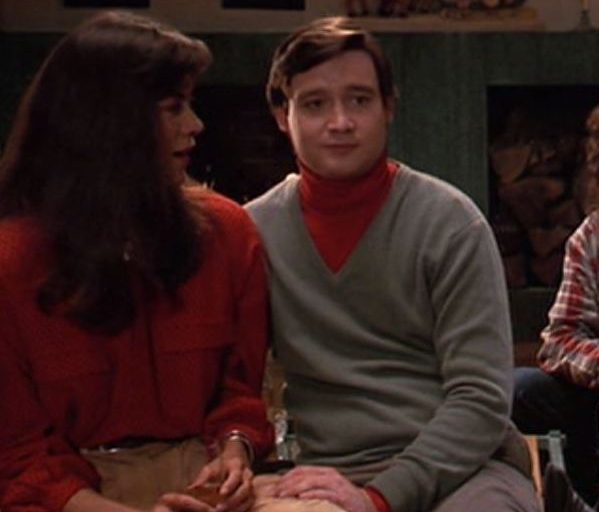 1. There’s a whole other version of the film somewhere 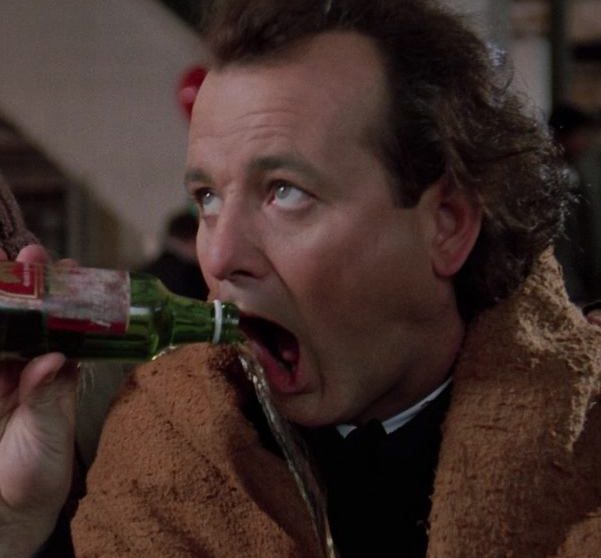 According to Bill Murray, after he rewrote the script then improvised his way through the shoot, he and director Richard Donner were left with more footage than they knew what to do with: “We shot a big, long sloppy movie, so there’s a great deal of material that didn’t even end up in the film.”