14 Cute And Cuddly Facts About The Care Bears

Far be it from us to direct this post at our female readers alone, but it goes without saying that the Care Bears were aimed at young girls. However, if you were to take a male ‘Child of the 1980s’ aside and remind them of this range of colourful and cuddly bears, it’s possible that even the most hard-hearted of them would crack a brief smile. So it’s to both sexes that we offer the following ‘14 Cute And Cuddly Facts About The Care Bears’…

1. They Started Out As Characters On Greeting Cards 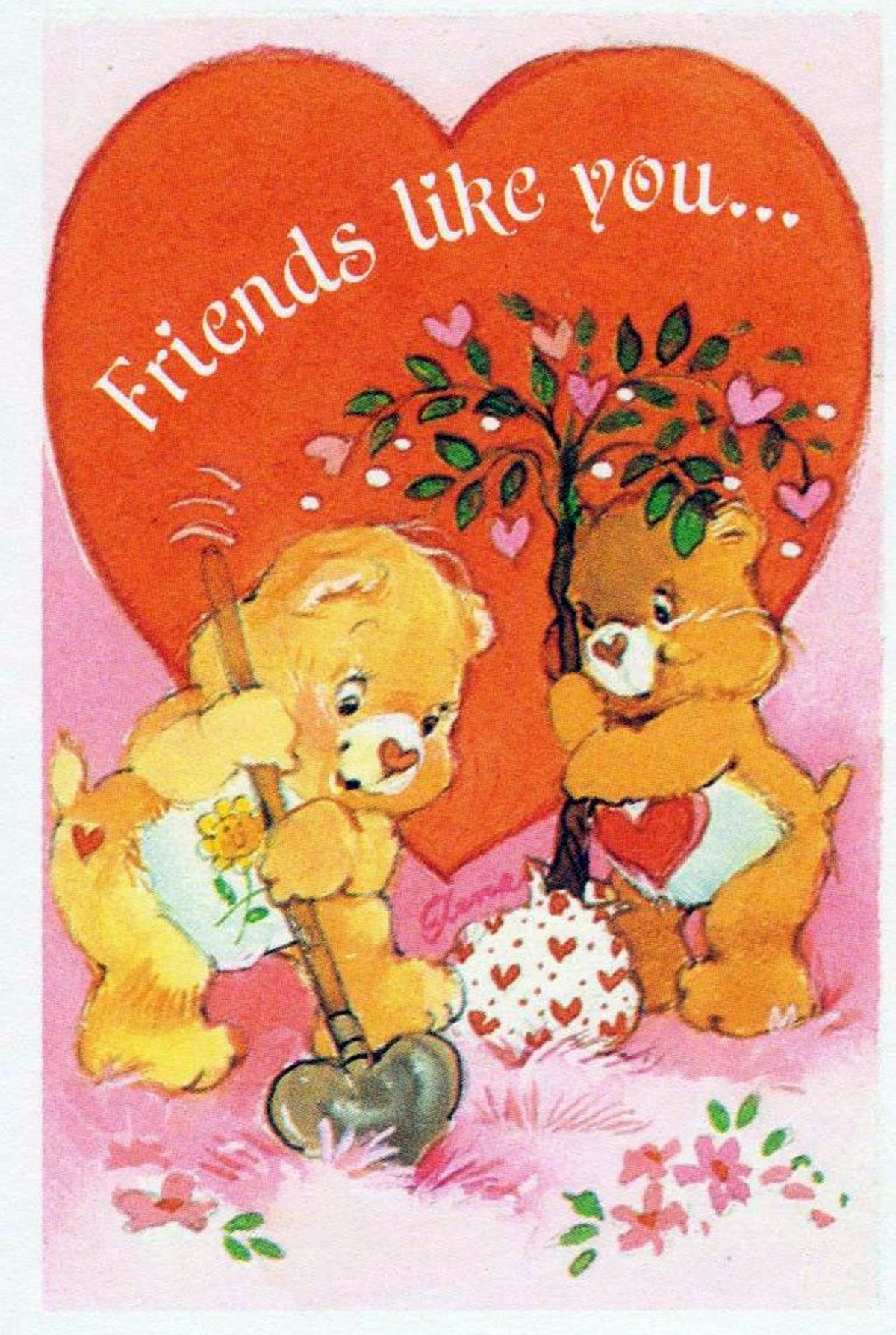 2. They Each Had Their Own Personality

Every Care Bear was a different colour and had a different symbol on their stomachs that represented their specific personality, known as their ‘tummy symbol’. The names of the original 10 Care Bears were Bedtime Bear, Birthday Bear, Cheer Bear, Friend Bear, Funshine Bear, Good Luck Bear, Grumpy Bear, Love-a-lot Bear, Tenderheart Bear, and Wish Bear.

3. They Had Some Cousins

As well as the Care Bears themselves, there were also the ‘Care Bear Cousins’, which were other animals such as a Lion, Monkey, Cat, Dog, Pig and Elephant.

4. They Taught People How To Care

The Care Bears actually live in a place called the ‘Kingdom of Caring’. Within this kingdom is ‘Care-a-lot’, where the Care Bears themselves lived, and the ‘Forest of Feelings’. The stories they took part in also focused on caring and helping, showing us as young children how to be aware of the feelings of others around us. The Care Bears had a ‘Care Bear Stare’, which was where they would all stand together and project light from each of their individual symbols. This combined ray of joy would bring love and happiness into even the hardest of hearts. 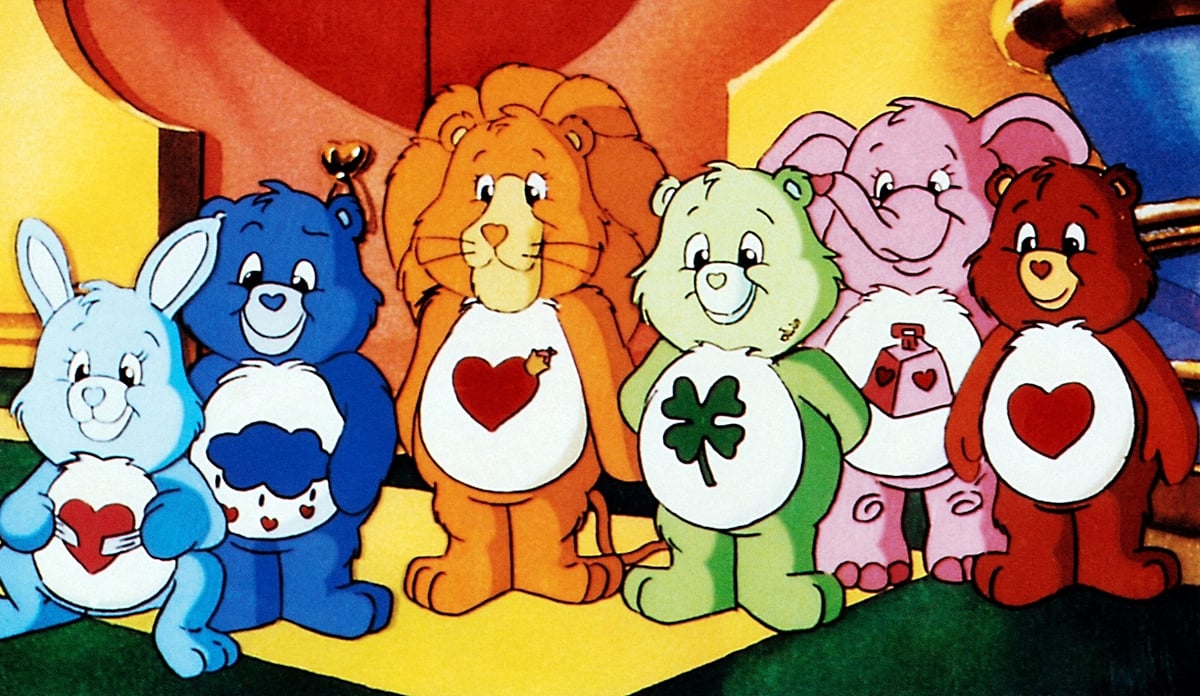 5. They Appeared On The Big Screen 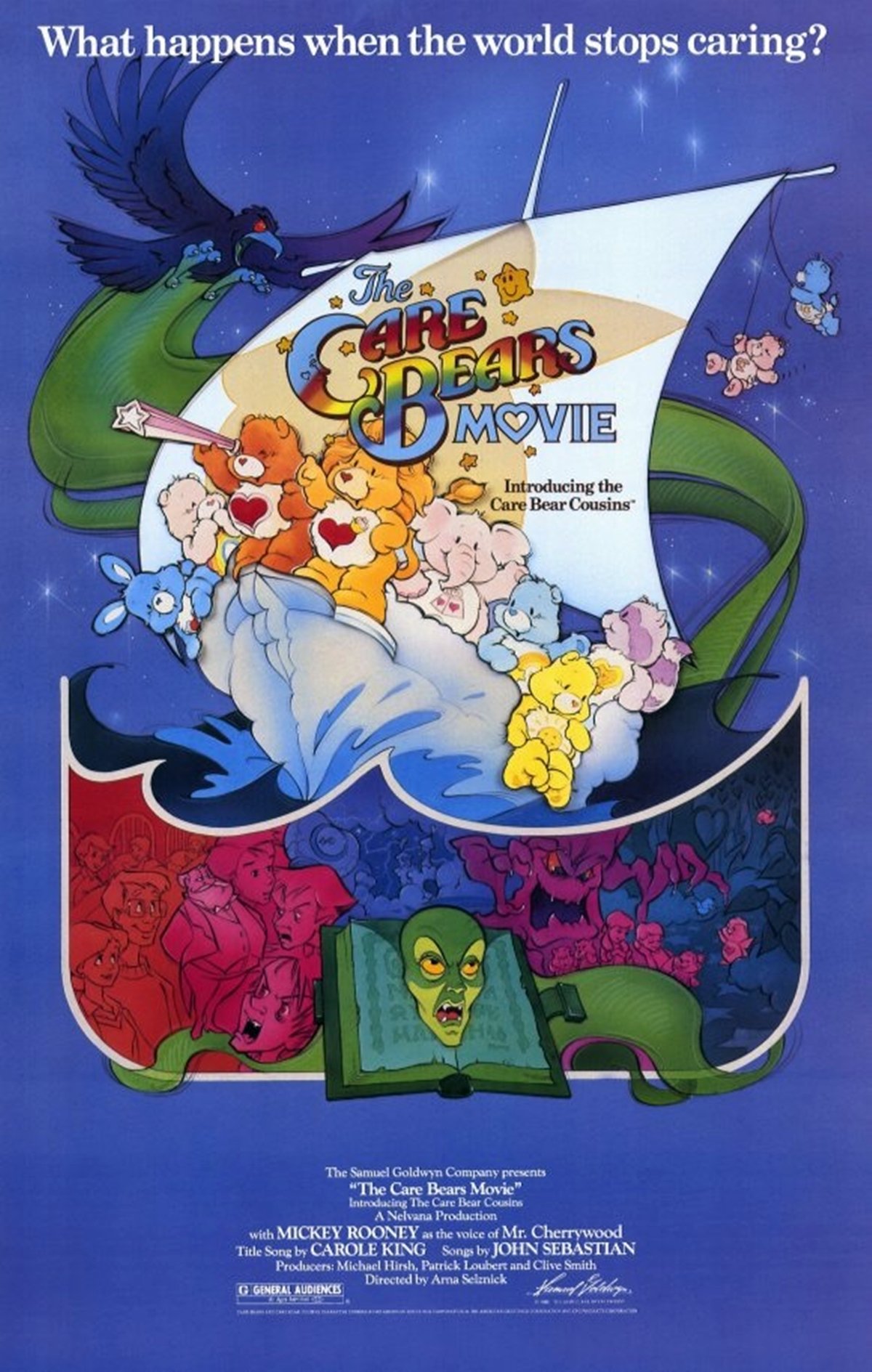 6. The Care Bears Movie Was One Of The First Films To Be Based On Toys…

The Care Bears existed as toys before they ever made it to the big screen, and The Care Bears Movie was one of the first times that toys came before a film.

7…Although It Took A Number Of Years To Get Made

Despite the toys being popular, The Care Bears Movie took a while to get made, as although it was planned as far back as 1981, its creators were initially unable to find a studio that was willing to finance the film. 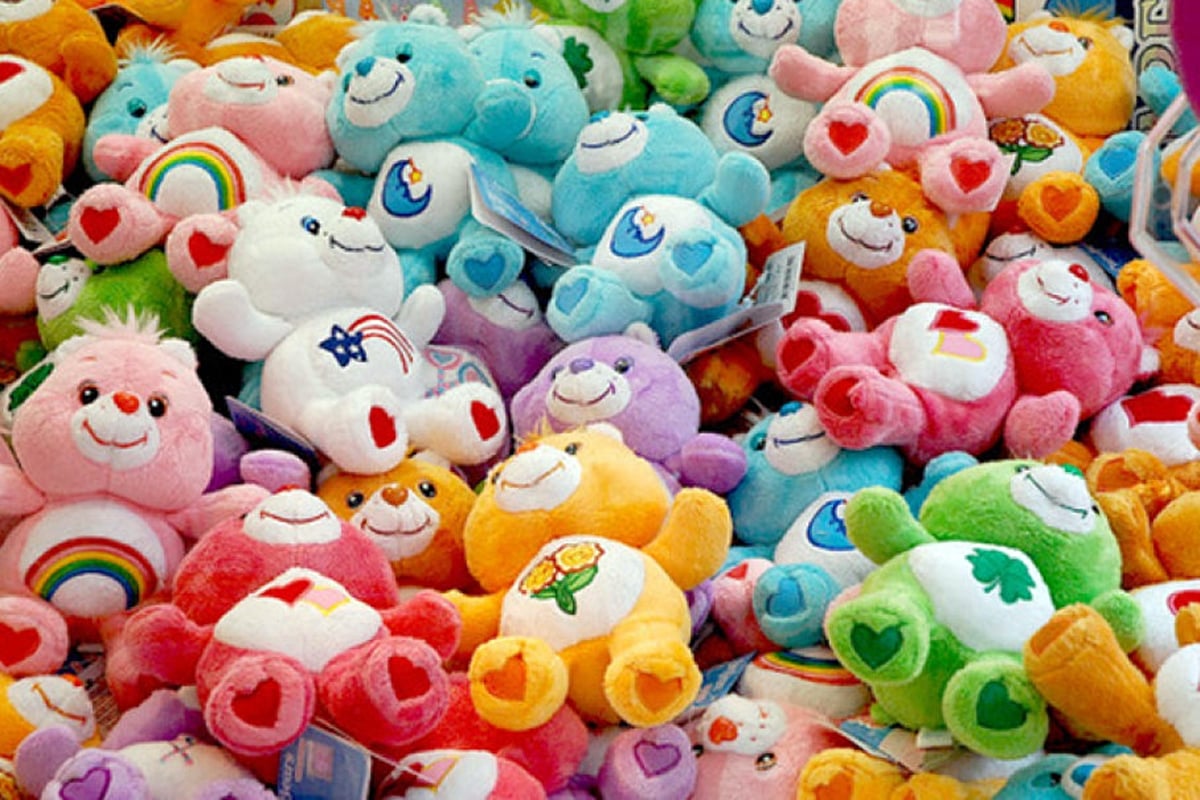 8. There Was More Merchandise Than You Probably Remember…

Of course one of the main reasons the Care Bears were so popular were the lovely toy bears we could add to the cuddly collection of animals on our bed. But, aside from the cuddly toys, we could also get our hands on, among other things, Care Bears books, sweets, stationery, stickers and clothes. 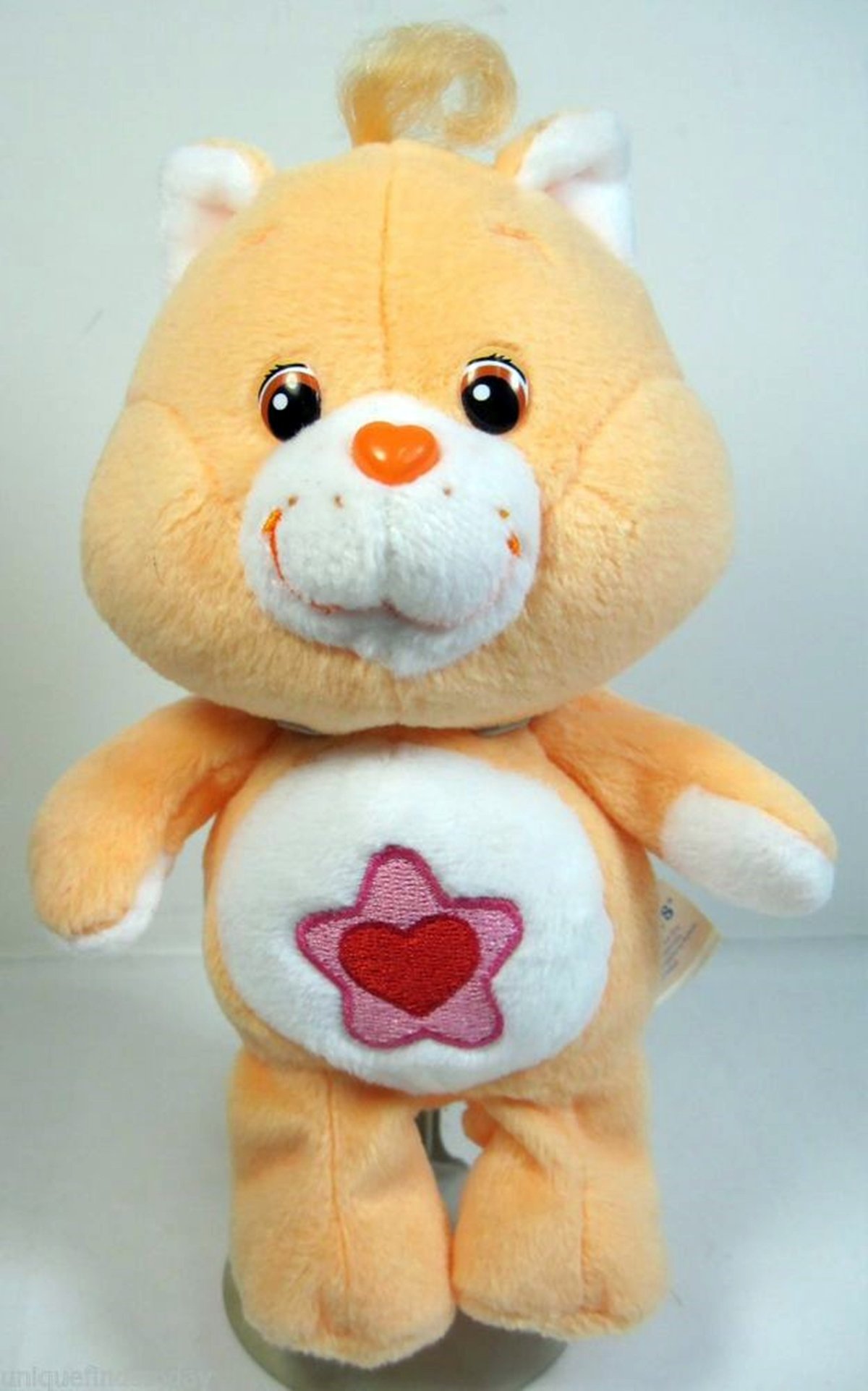 Shockingly, ‘The Care Bears Movie 2’ has a storyline where a young girl sells her soul to a shape shifting demon named Dark Heart so she can get better at sports. 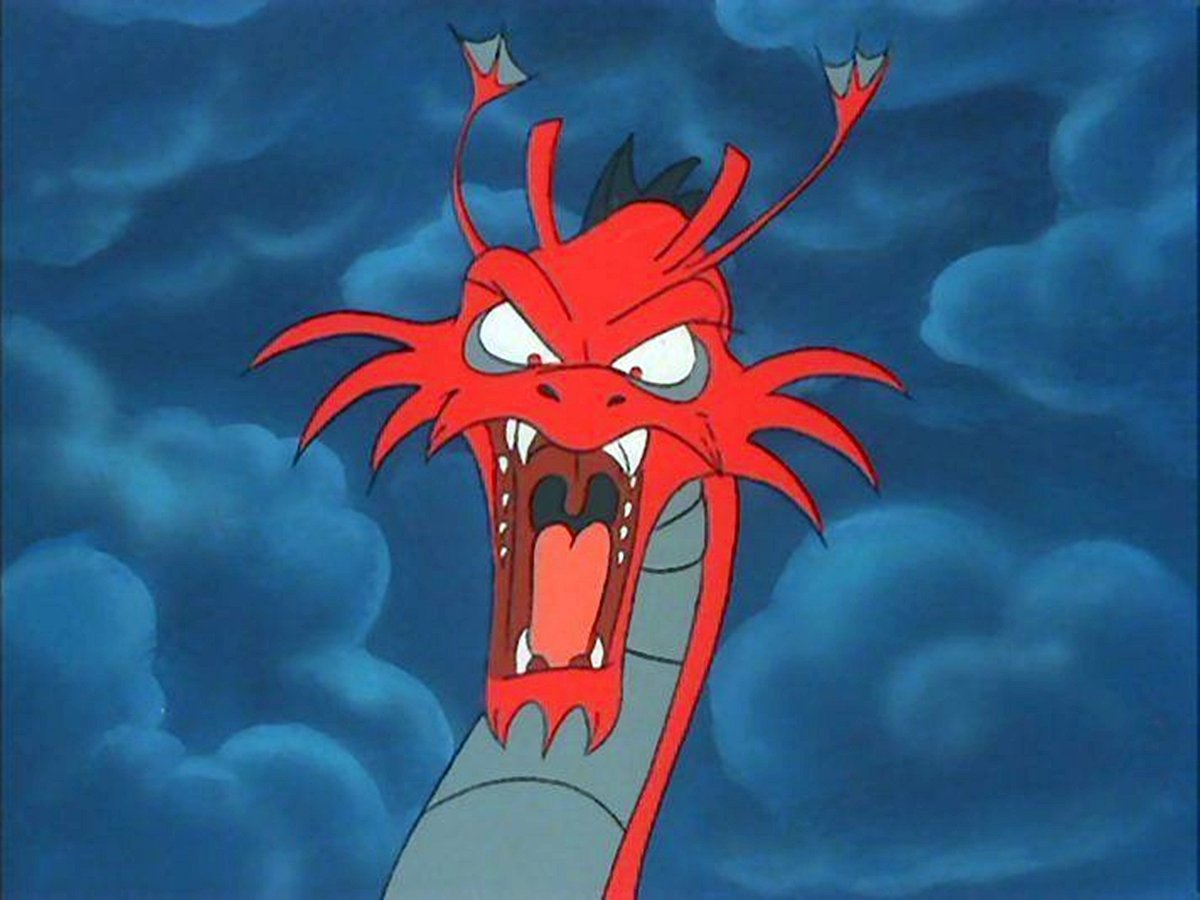 11. A Number Of Music Albums Were Released 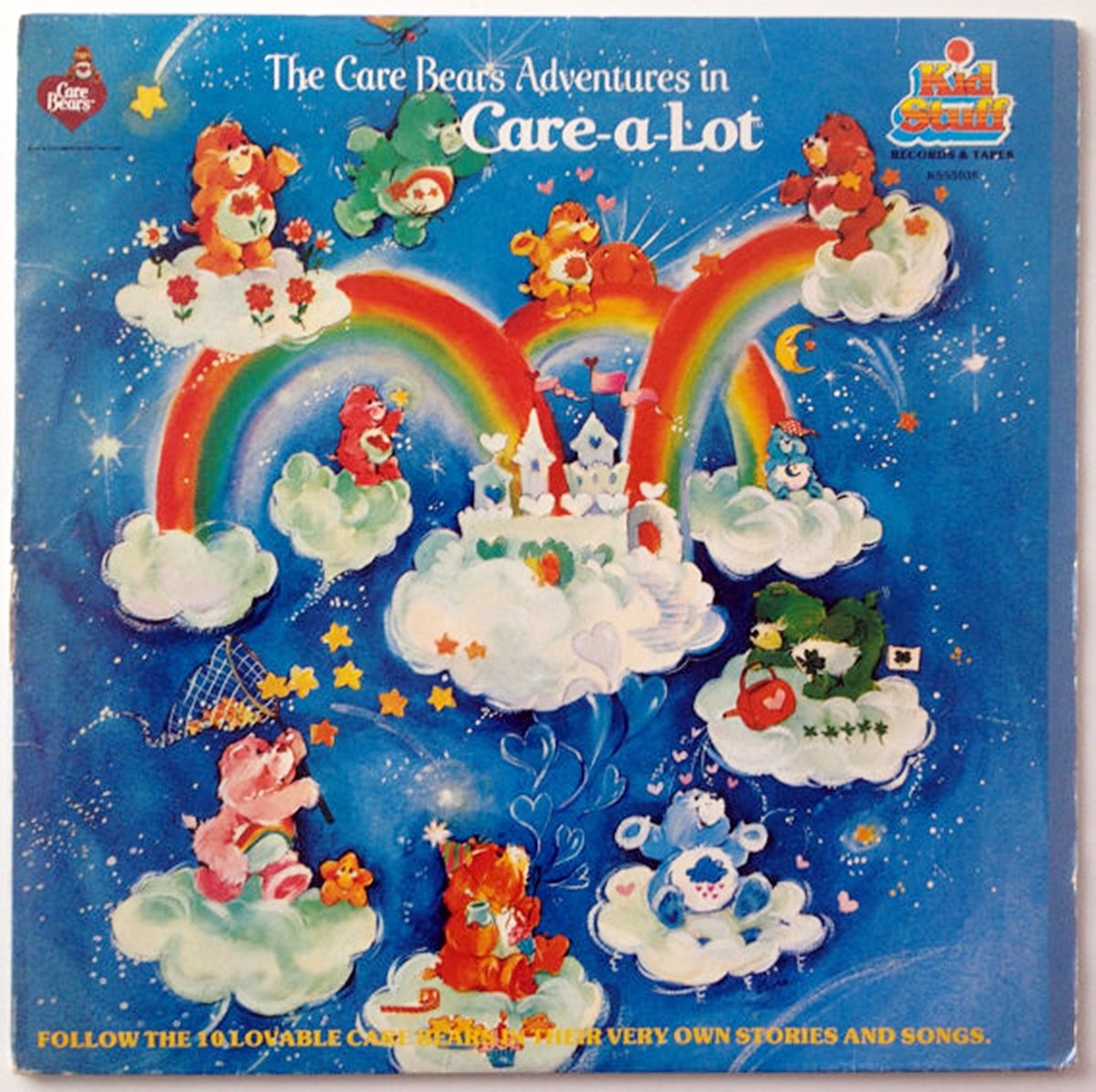 12. The Care Bears Movie Was A Massive Hit…

The Care Bears Movie made $23 million in the US alone, although it wasn’t the highest grossing kids film of 1995, losing out to a re-release of 101 Dalmatians.

13…And Had Two Tie-In Books

The books ‘Meet The Care Bear Cousins’ and ‘Keep On Caring’ were released to coincide with the film hitting the big screen. 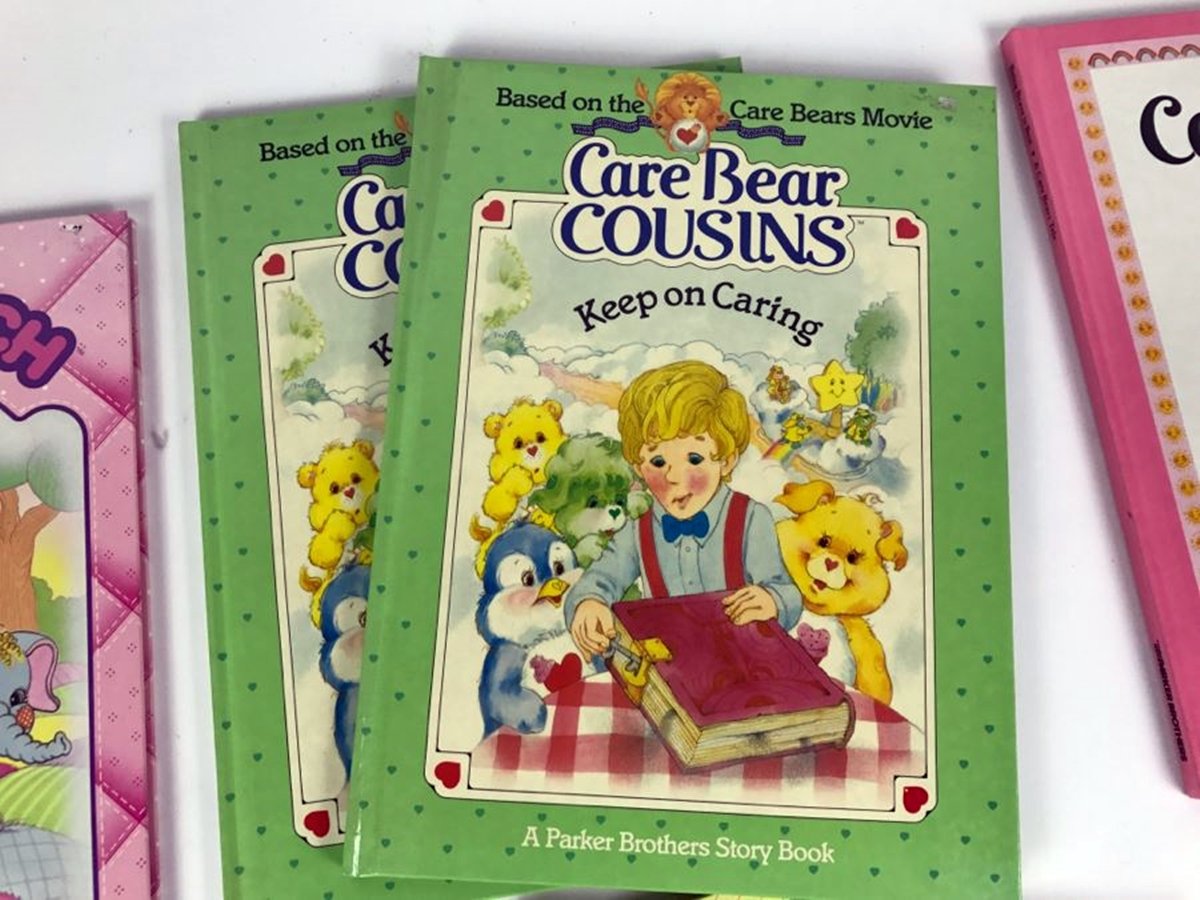 14. You Can Revisit Them On Netflix In The UK