14 Board Games From The 1980s You’d Forgotten Even Existed

If we were to ask you to name a board game from the 1980s, then we suspect that many of you would mention the likes of Ghost Castle, Mouse Trap, Game of Life and Go for Broke – foundational games for many an 80s family. These were the board games that kept us entertained – and, in some cases, frustrated over the devastating near-losses – on many a rainy weekend.

Still, these were only a handful of the great board games available in the 80s. If we were to ask again, how many of you would name the underrated likes of Hotel, Hero Quest, Escape From Atlantis or Torpedo Run?

Take a look at the selection of 14 1980s board games below, and be honest in telling us how many of them you’ve even heard of. 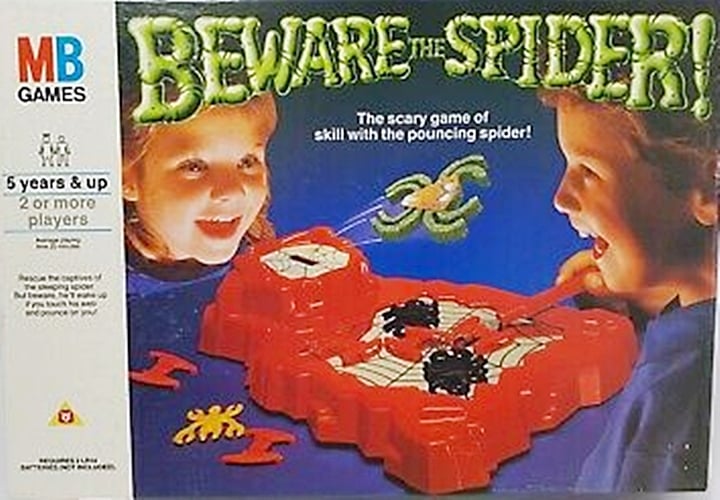 Beware the Spider was definitely not for arachnophobes, featuring as it did a spider that would catapult itself into your face if you lost the game. 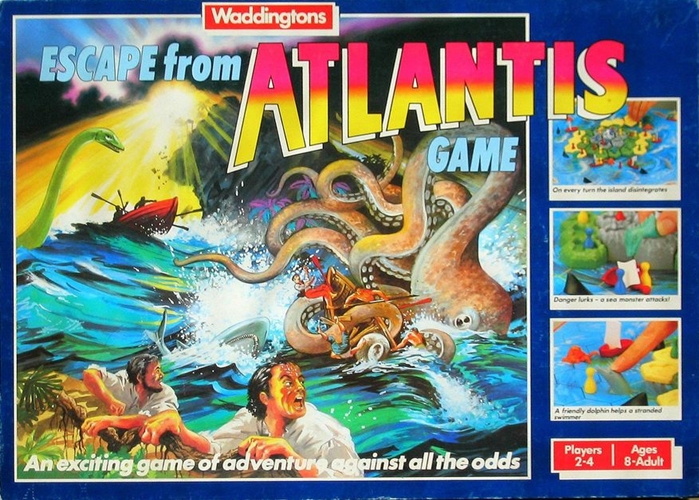 Escape from Atlantis was a really fun (and quite tense) board game that saw us having to escape an island that was filled with all manner of giant beasts.

12. Lost Valley Of The Dinosaurs 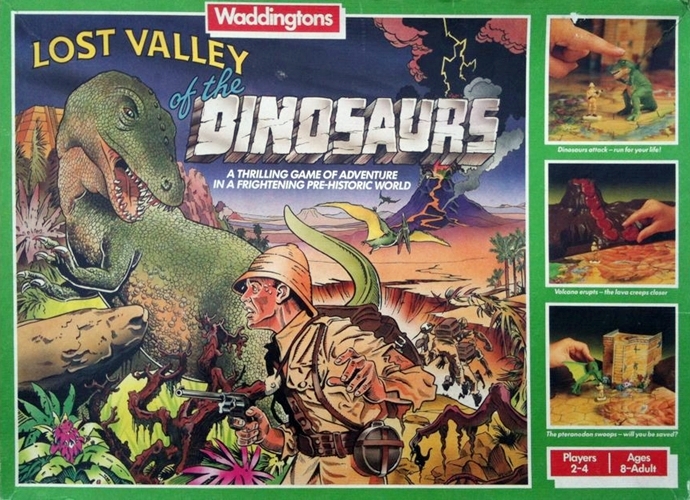 Lost Valley of the Dinosaurs was ‘a thrilling game of adventure in a frightening prehistoric world,’ and it featured a volcano with lava that would spill down onto the game board as you played! 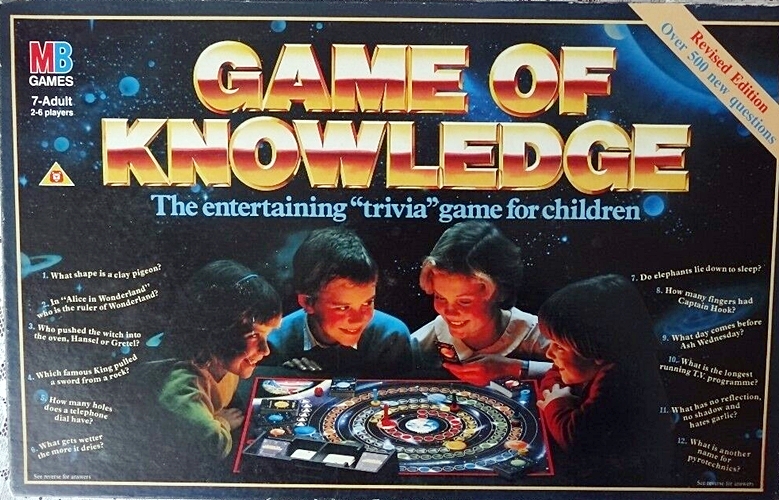 We remember playing Game of Knowledge rather a lot when we were young, it being second only to the children’s version of Trivial Pursuit in our eyes. 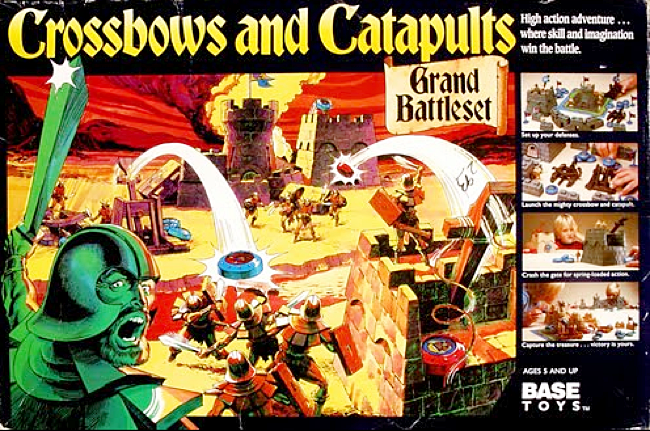 Crossbows and Catapults featured actual crossbows and catapults as part of the board, making it a must-have game for Christmas. 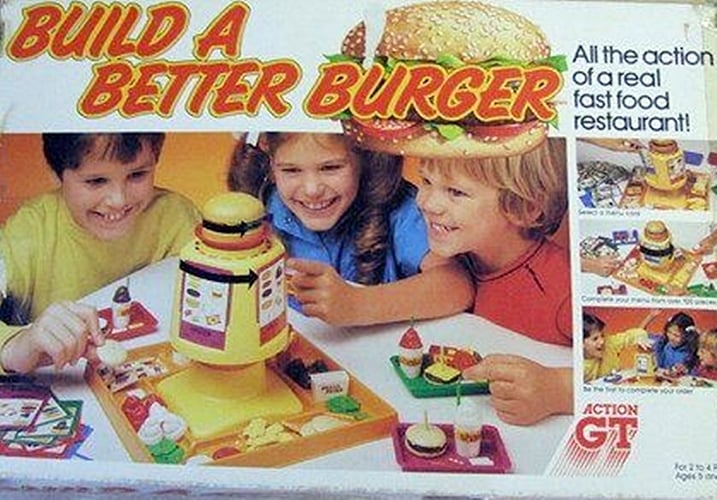 Build a Better Burger promised us ‘all the action of a real fast food restaurant.’ Do any of you remember whether it fulfilled this promise or not? 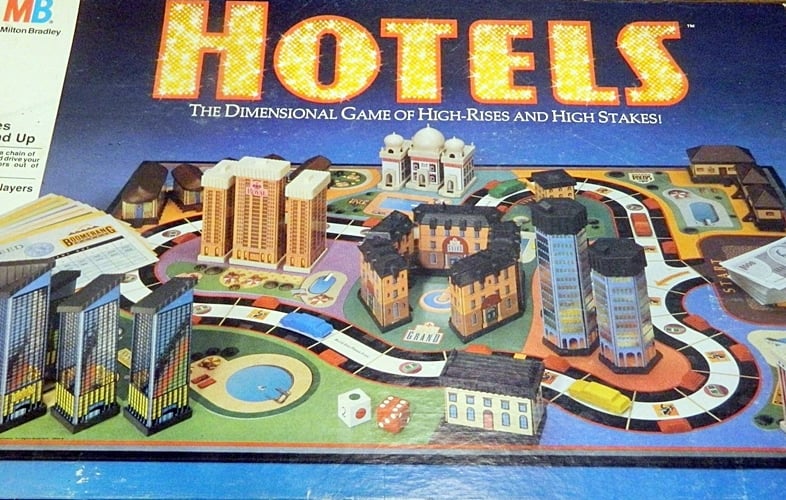 A bit of a mish-mash between Monopoly and The Game of Life, Hotels saw us having to build the biggest buildings that we possibly could in order to win the game. 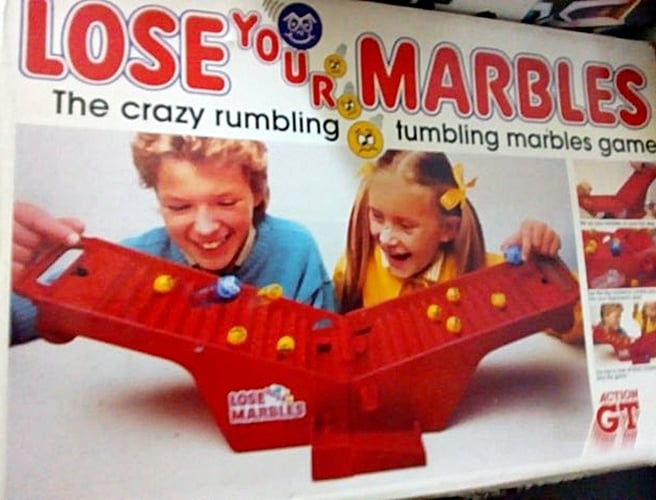 Lose your Marbles looks amazing, which is why we can’t understand why we barely remember it at all. Did you ever play this ‘crazy rumbling tumbling marbles game?’ 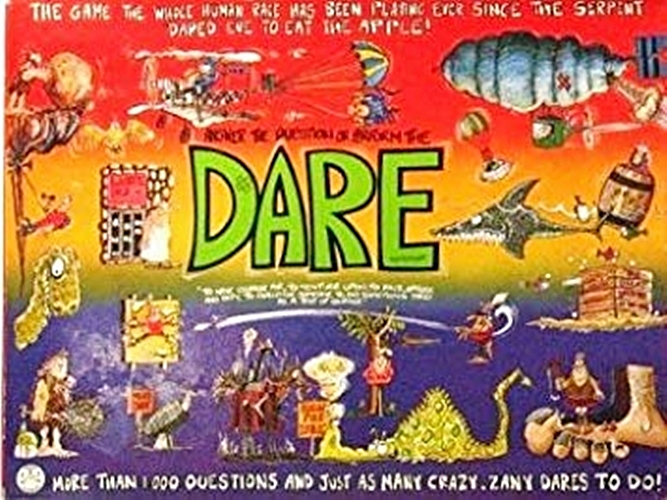 A game where you had to perform various forfeits if you got questions wrong, Dare was one of the most fun games of our entire childhood! 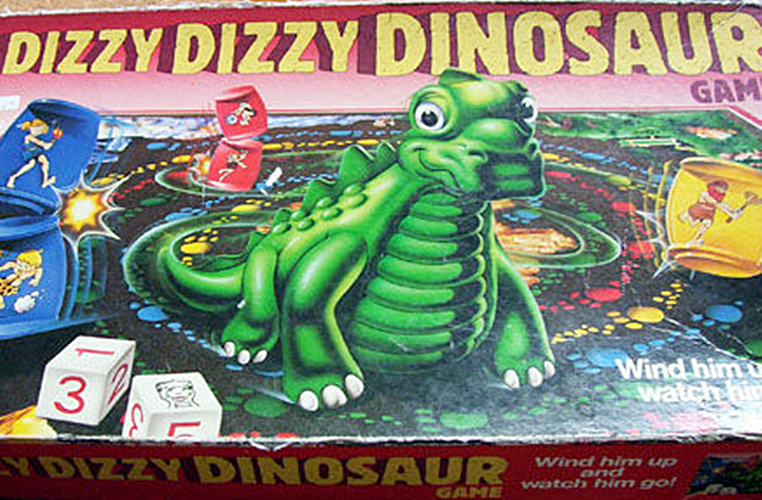 Featuring a dinosaur that would spin around the game board and knock over our game pieces, Dizzy Dizzy Dinosaur was fun but also at times rather frustrating. 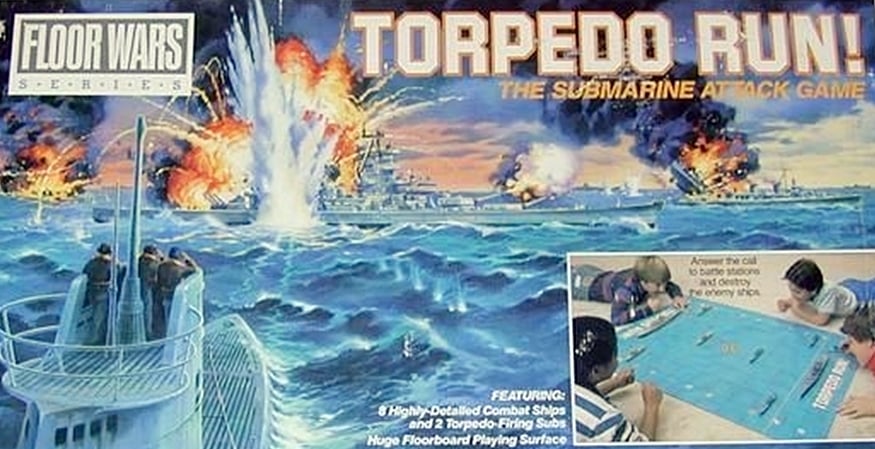 Torpedo Run had a massive game board that definitely did not fit on our kitchen table, but if you had the space it was a really interesting alternative to the likes of Battleship. 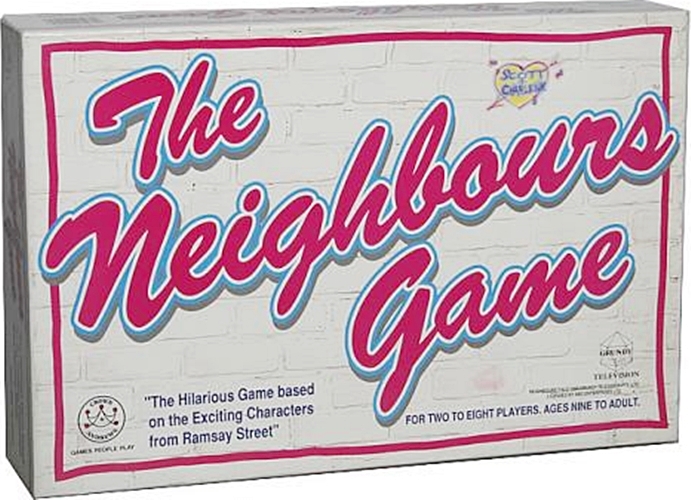 It may have been your favourite soap when you were a kid, but how many of you remember the Neighbours board game that was available to purchase in the late 1980s? 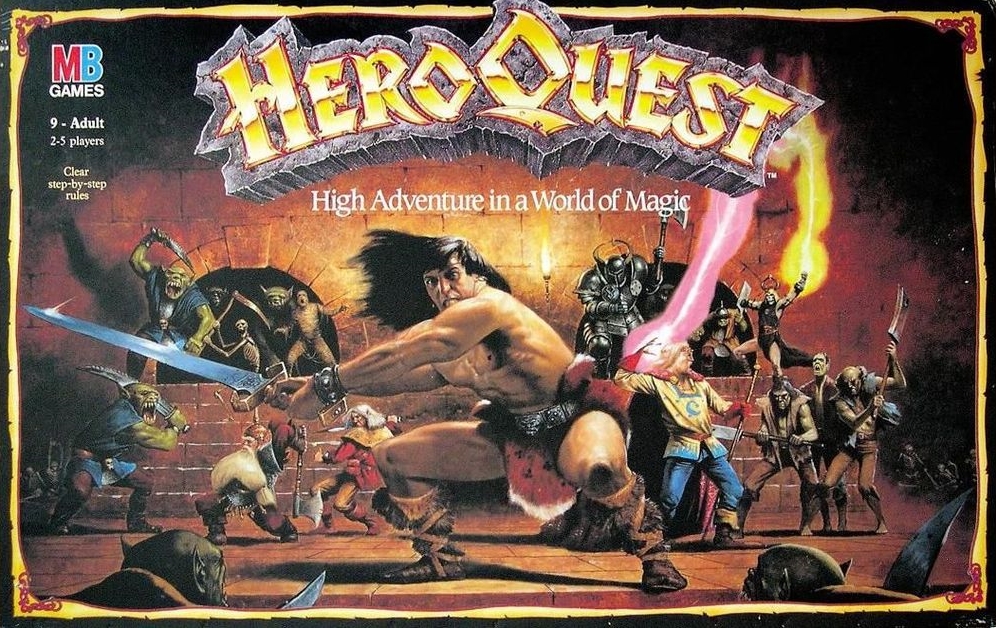 Promising us ‘high adventure in a world of magic,’ Hero Quest brought out the adventurer in us all, and it’s a game that’s still popular to this day! 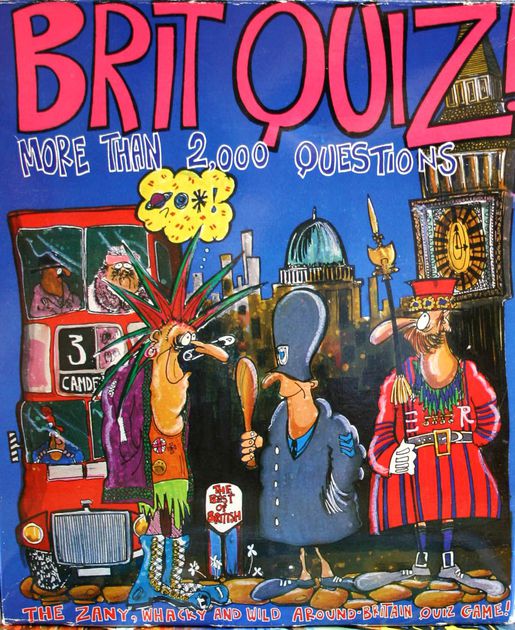 Making us proud to be British, Brit Quiz had us answering questions about London buses, The Beatles and Margaret Thatcher, among many other things.