Girl bands were a huge part of music when we were growing up. With some dodgy hair and fashion choices, including massive bouffants and shaved sides of heads paired with some iconic costumes, every genre had its own girl band heroes.

From pop, glam-rock, hip-hop, punk and metal music, do you remember listening to all of these bands? 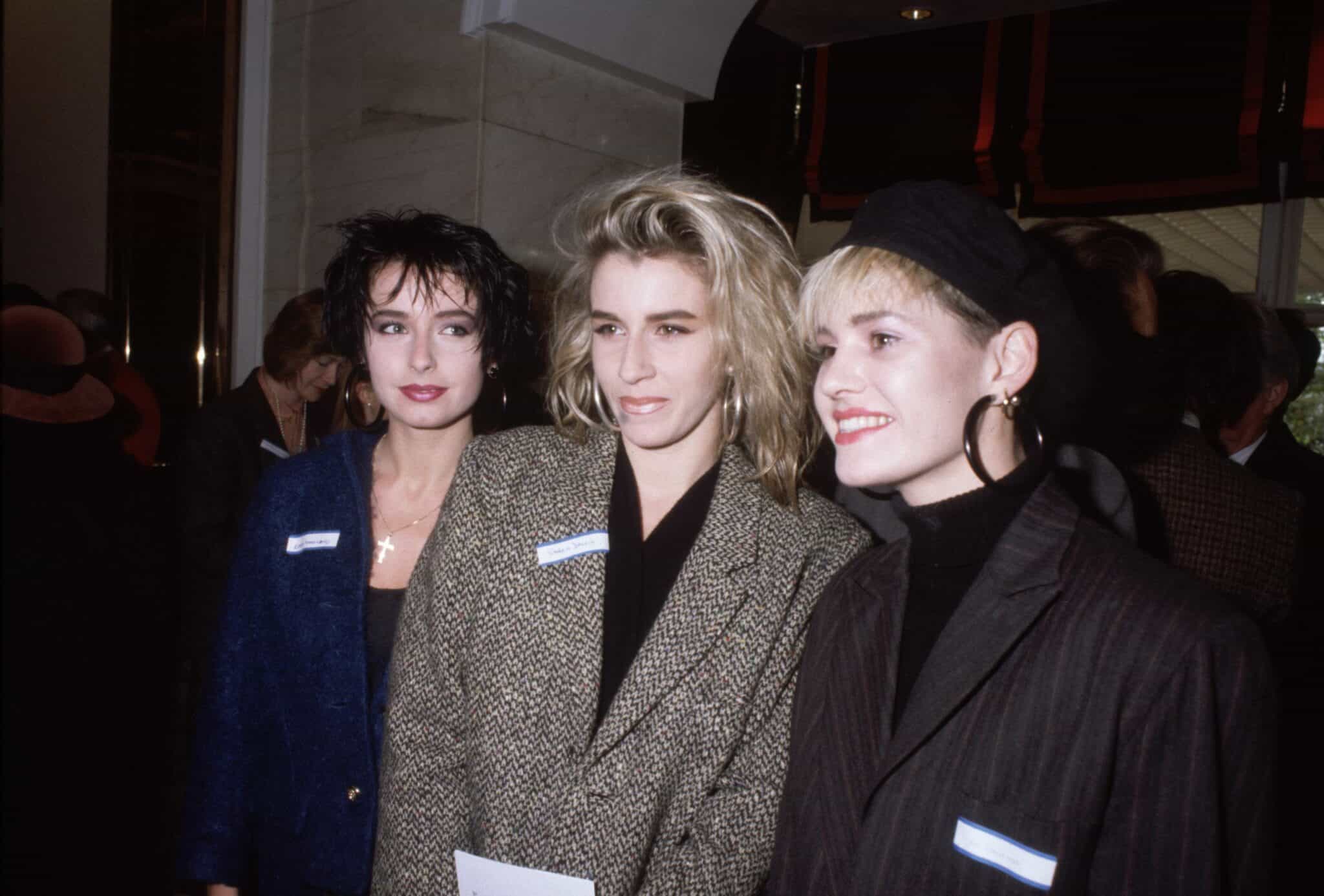 British-born band Bananarama were formed in 1980, and consisted of three ladies that had been friends their entire life. They had several big hits, including songs such as It Ain’t What You Do and Really Saying Something, and even held the Guinness World Record for the world’s highest number of chart entries by an all-female group.

Between 1982 and 2009 the group had 30 singles crack the top 50 of the UK singles chart. We just loved singing along into a hairbrush microphone to get us in the mood for a big night out, and were hyped to see all three original members reunite in 2017! 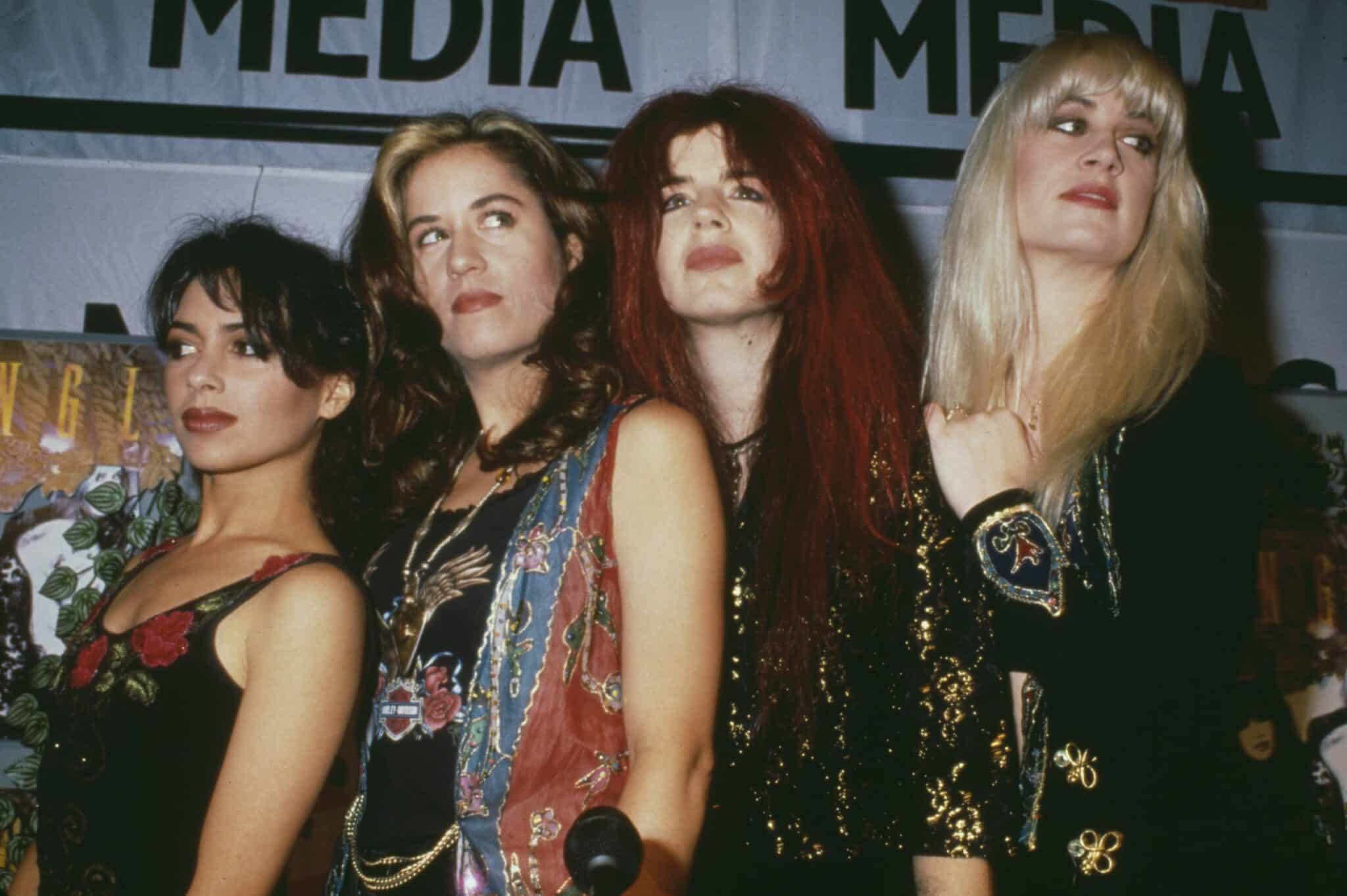 The Bangles really bookended the 80s, forming in Los Angeles in 1981 and splitting dramatically in 1989. The band was made up of two sisters, Debbie and Vicki Peterson, as well as Susanna Hoffs and Annette Zilinskas. Across the decade they were together, they churned out hit after hit, with Eternal Flame, Hero Takes a Fall and In Your Room to name a few.

The Bangles were also the band behind the much loved, famous tune Walk Like an Egyptian. Though they went on hiatus throughout the 90s they got back together in 1998, and are still together today! They even released some exclusive new tracks in 2018. 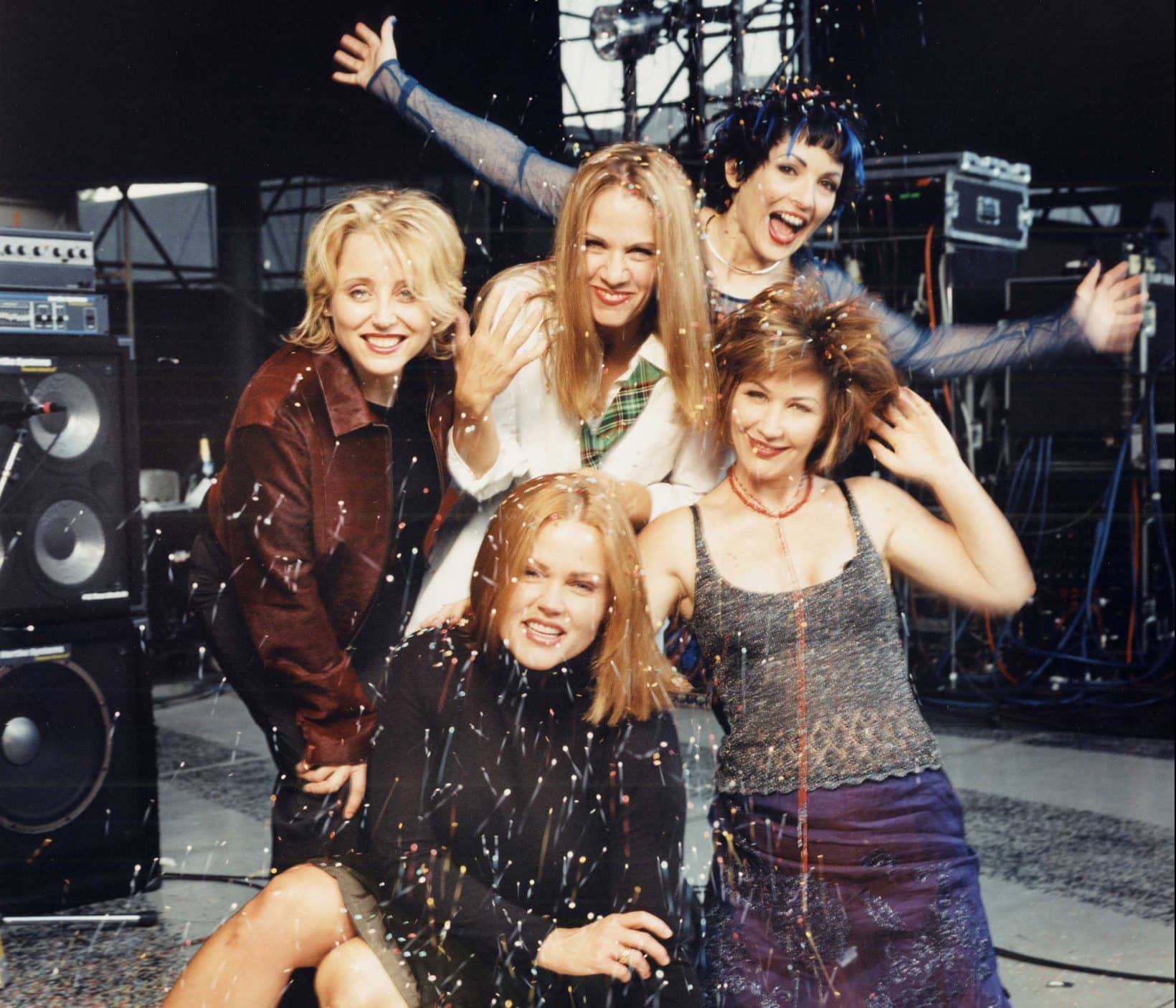 Credit: Beyond Music via Getty Images

The Go Go’s are an American new wave band. They were among the first all-female bands to both write their own songs and play their own instruments, and are still to this day considered to be the most successful all-female rock band of all time. Ever since their emergence on the LA punk scene in the late 70s, they have had a relatively stable line-up, though they did break up briefly in 1984.

Though they completed their farewell tour in 2016, The Go-Go’s legacy lives on, with a 2019 jukebox musical on Broadway, a documentary movie and even a 2020 induction into the Rock and Roll Hall of Fame! Not bad at all! 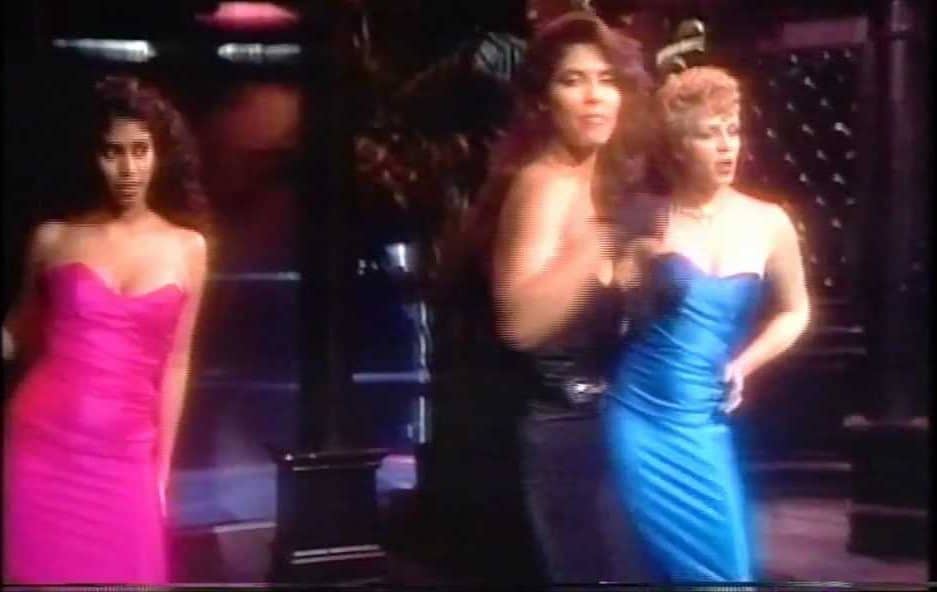 Vanity 6 was encouraged and overseen by the late Prince, who had a vision of the three women performing in lingerie and singing sensual songs about sex and fantasy, and weren’t shy about donning a revealing swimsuit. Prince had apparently always dreamed of mentoring a band, and he had his chance after meeting lead singer Vanity, who he said was like “the female version of himself”.

Despite several lineup changes, the band achieved relative success, with their first single He’s So Dull appearing in the movie National Lampoon’s Vacation. They are now best known for their song Nasty Girl, which reached number nine on the UK singles chart in 2004. 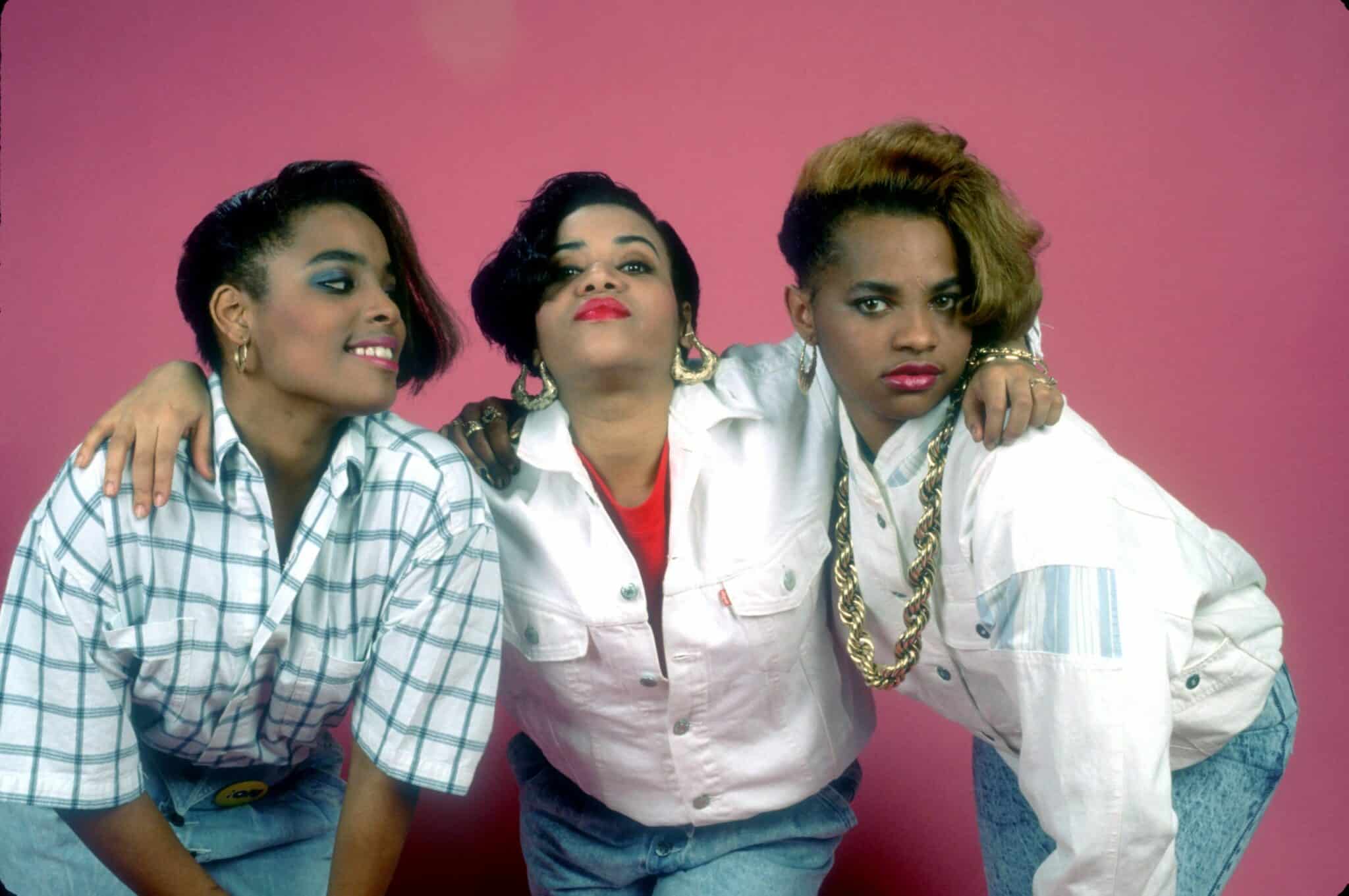 Salt-N-Pepa are an American hip-hop girl group formed in 1985. Their debut album Hot, Cool and Vicious sold more than a million copies worldwide, making them the first female rap act to achieve gold and platinum status. They are best known for their 1987 track Push It, which became a number one in three countries and achieved top ten status in countless more.

To date, the group have sold over 15 million records, and have even been dubbed ‘The First Ladies of Rap and Hip Hop’. Though they went on hiatus in 2004, they reunited in 2005 and have been together ever since, though they only perform sporadically. 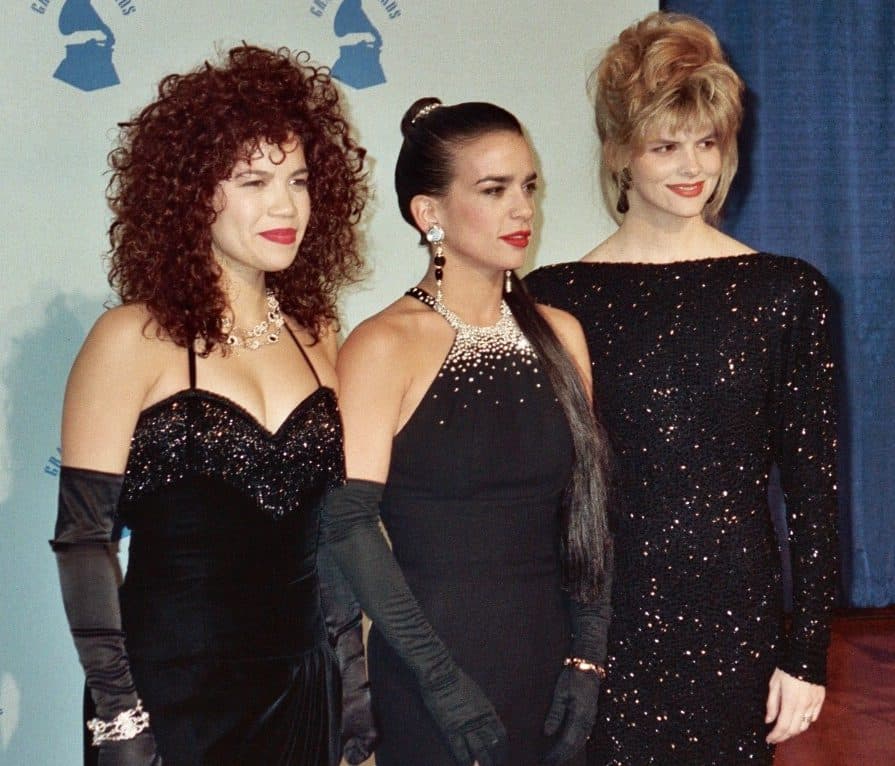 Exposé is an American Latin freestyle vocal group that found most of its success in the late 80s and early 90s. They are best known for becoming the first group to have four top ten hits on the Billboard Hot 100 from their debut album, and you probably know their classic hit number one, Seasons Change.

Though they were dropped from their label in 1995, Exposé reformed in 2003 and have been consistently touring ever since. Unfortunately, they have not released new music since their heyday, although they did re-release their debut album in 2015. 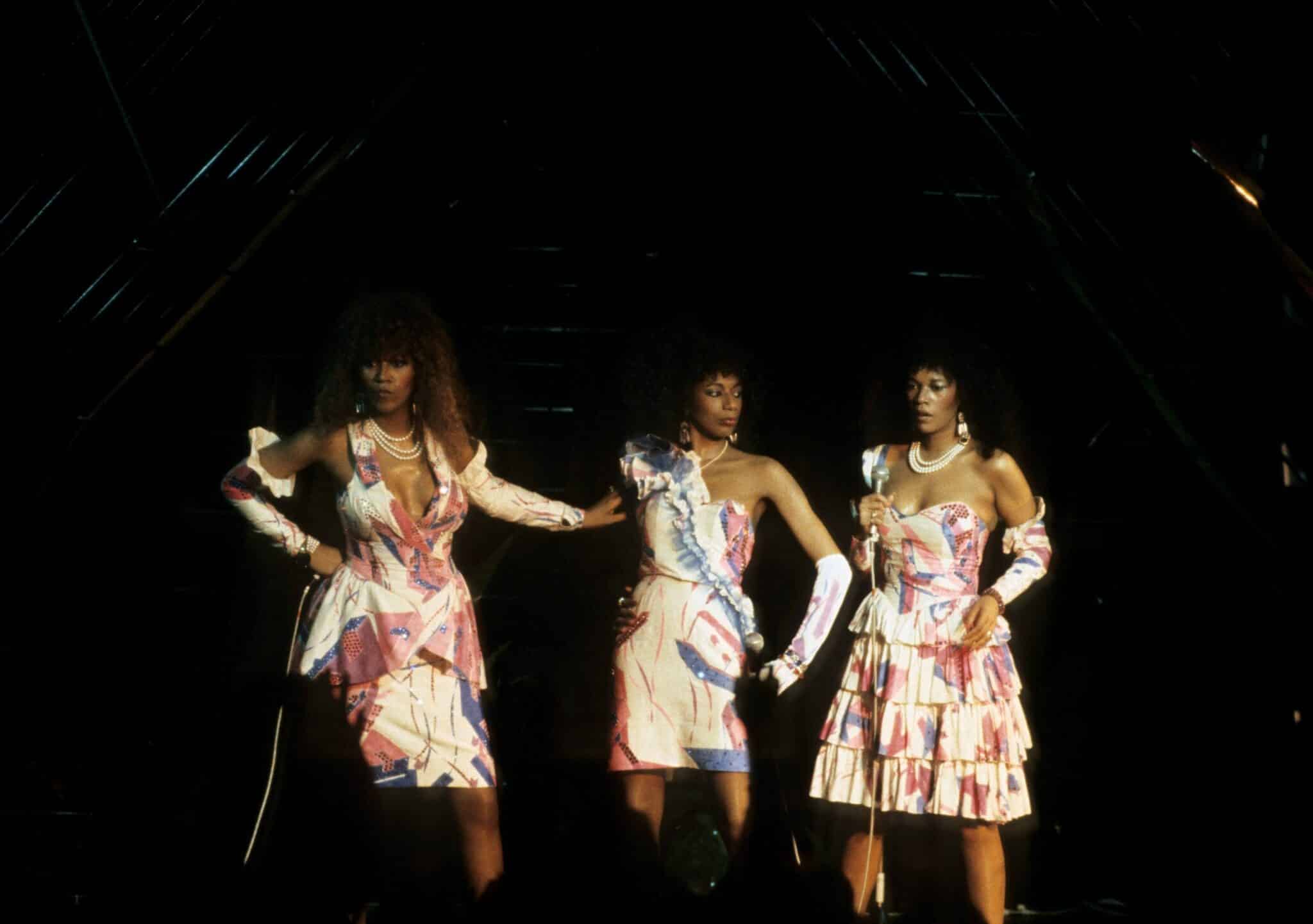 By the time the 80s rolled around, The Pointer Sisters were already close to being household names, as they first achieved mainstream success in 1975. However, the next decade saw their success hit unprecedented heights, with songs like Automatic, Jump (For My Love) and I’m So Excited topping the charts.

Perhaps the most interesting thing about the group is that they have always been a family business, with the original line-up consisting of three sisters. When youngest sister June Pointer died at the age of 52, she was replaced by Ruth’s daughter Issa, and Ruth’s granddaughter Sadako Pointer has also since joined the band. 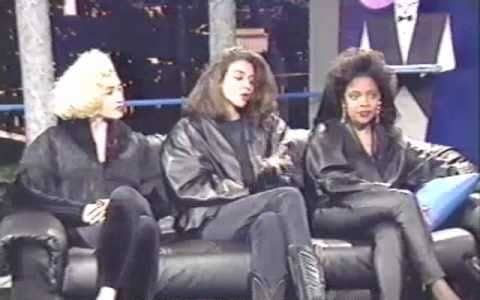 Seduction was an American female dance-pop and house trio. Their biggest single Two to Make it Right was a number two hit in the charts, and they even featured on the Bodyguard soundtrack. The original group, unfortunately, disbanded in 1991, although there have been several reformations since, but one member of the group might look especially familiar to you.

In 1996, vocalist Michelle Visage co-hosted the VH1 talk show The RuPaul Show with legendary drag queen RuPaul. This led to her becoming a regular judge on the reality contest RuPaul’s Drag Race from season two onwards, and the bulk of her fame among younger generations can be attributed to this. 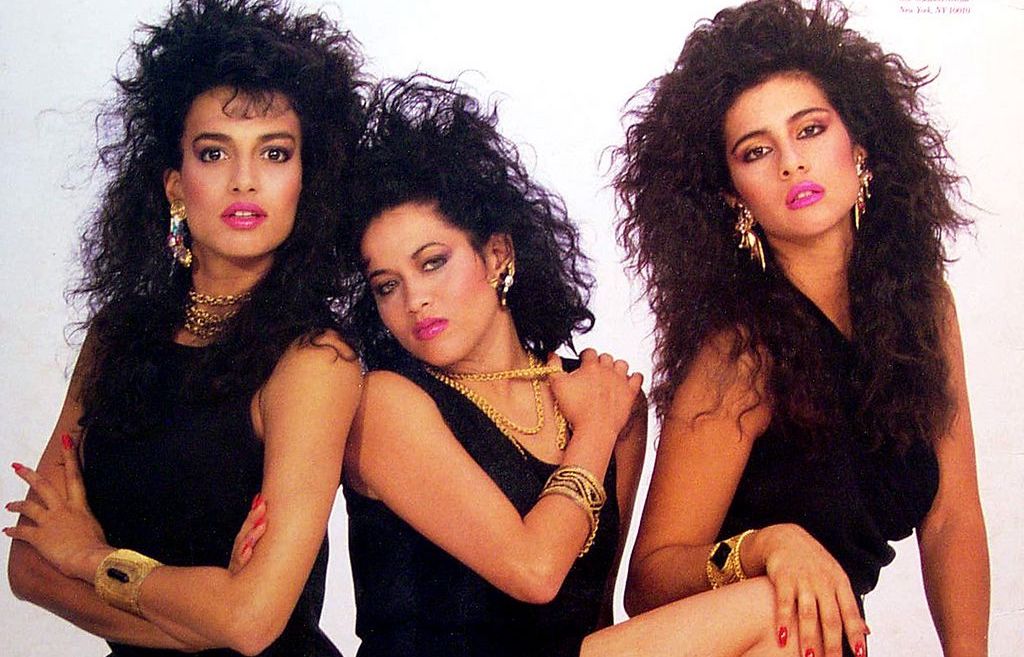 In the 80s, freestyle was all the rage, which explains why so many all-girl groups rose to prominence during this time. The Cover Girls were a New York-based freestyle group, that had several big hits, including Show Me and My Heart Skips a Beat. The group has had seven members in total that have rotated over time, with no one member being present for all of the group’s active years.

Most recently, The Cover Girls were featured in a documentary called Legends of Freestyle, which reflected on the group’s heyday in the late 80s. However, since then the members have gone into a variety of different careers, from writing books to contributing to Christmas albums as soloists, to even collaborating with Cobra Starship. 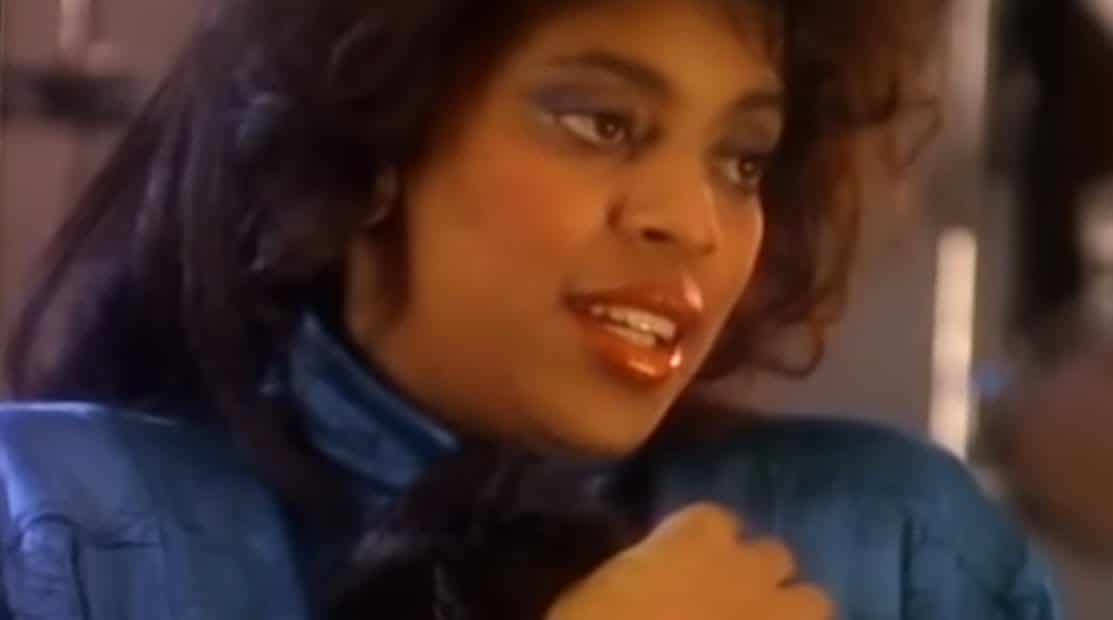 Unlike many of the groups on this list, Klymaxx did not achieve success right away. Their first album to gain some traction amongst both critics and listeners was 1984’s Meeting in the Ladies Room, which was actually their fourth release, and came out three years after they were formed. They had a few hit songs on the top 100 charts, with the most well-known being the R&B track The Men All Pause.

However, by the end of the 80s, this group was no longer six but three, and the remaining members disbanded officially in 1989. This was followed by numerous solo efforts on the parts of various members, as well as a protracted legal battle over who was allowed to use the name Klymaxx. 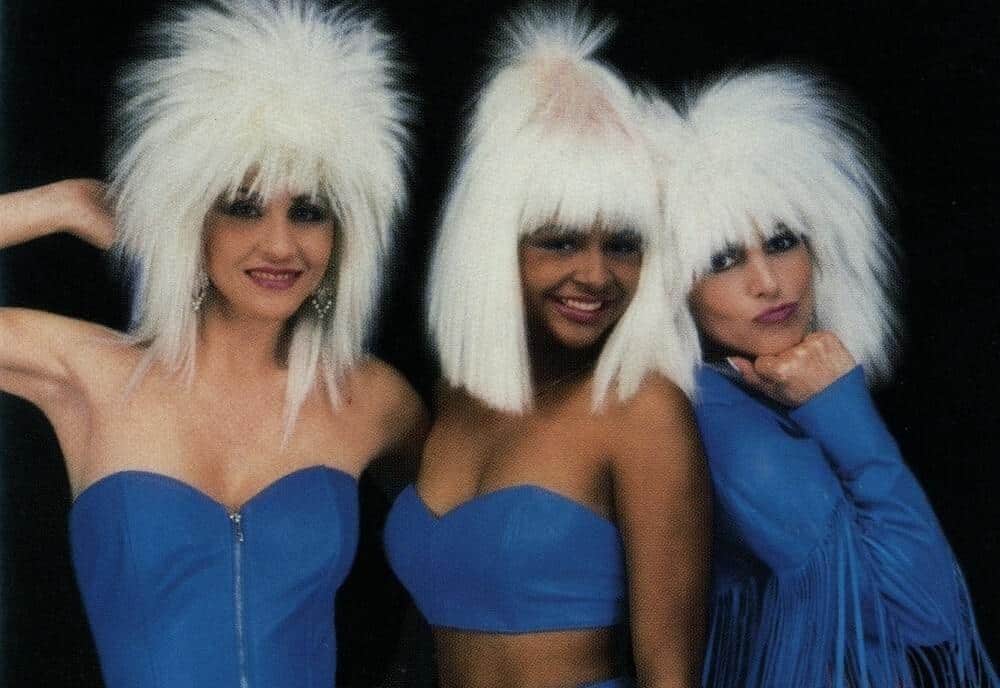 Once again, we see another freestyle group hit the big time with Company B. Their first single, Fascinated, created a lot of buzz in the Miami club scene and they were soon snapped up by Atlantic Records, with whom they released a full-length album. However, even though their debut release created momentum for the group, members Sheena and Lezlee Livrano left before the second album was recorded, and were replaced with rotating performers from Exposé.

Though the group have not released an album since 1998, Company B have been consistently releasing singles, and they even went through a complete look and sound update in 2016. 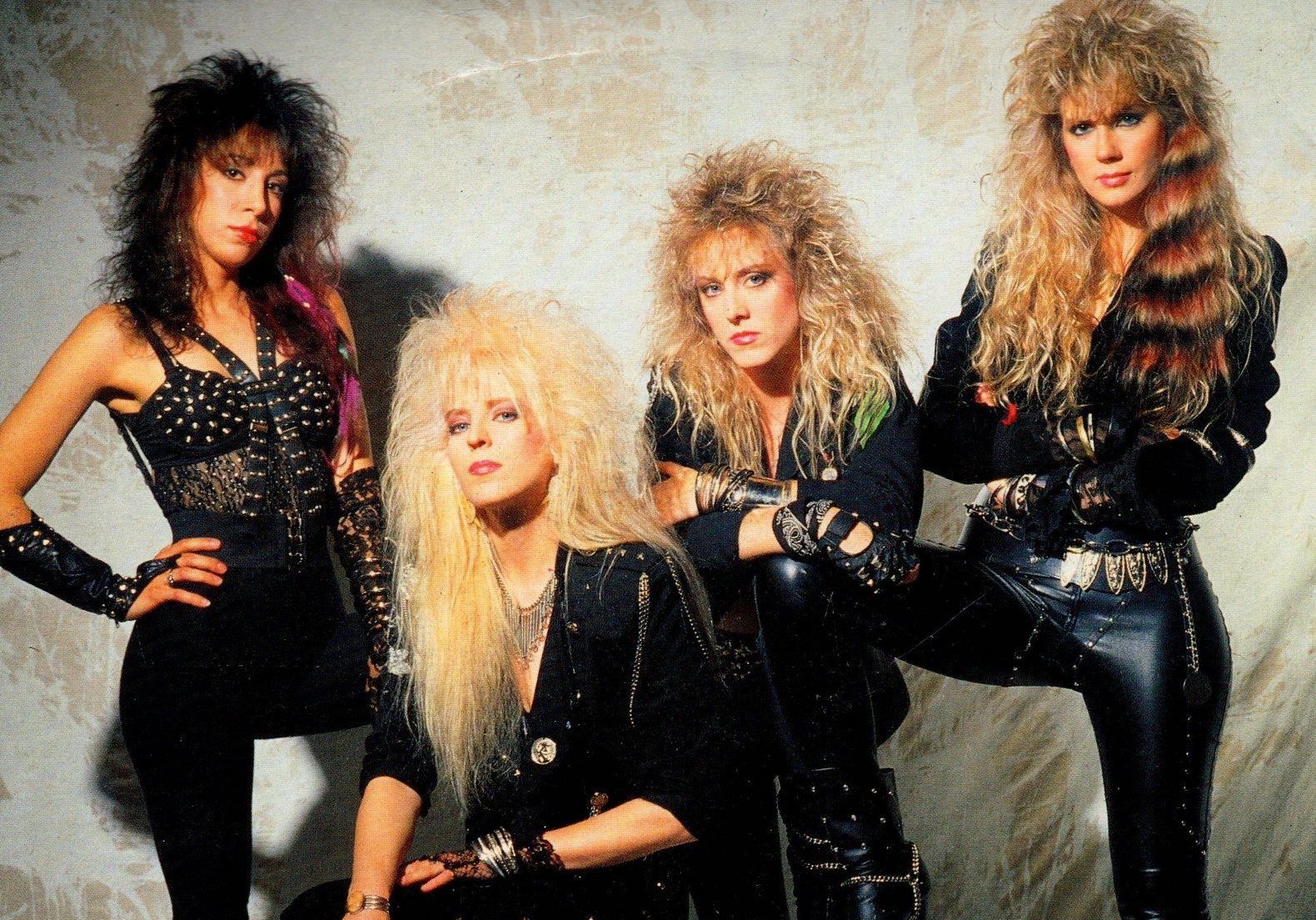 Do you remember Vixen? They made waves in LA’s glam metal scene towards the end of the 80s, and released their debut album in 1988, making them just about eligible for this list. Their albums never got higher than number 41 on the Billboard Hot 100, but they did see some success on the singles charts, with songs like Edge of a Broken Heart and Cryin.

The band is still going, albeit with a different lineup, and they are even set to release a new album sometime soon! Let’s see if they can still live up to the title given to them to the press: “the all-female Bon Jovi”. 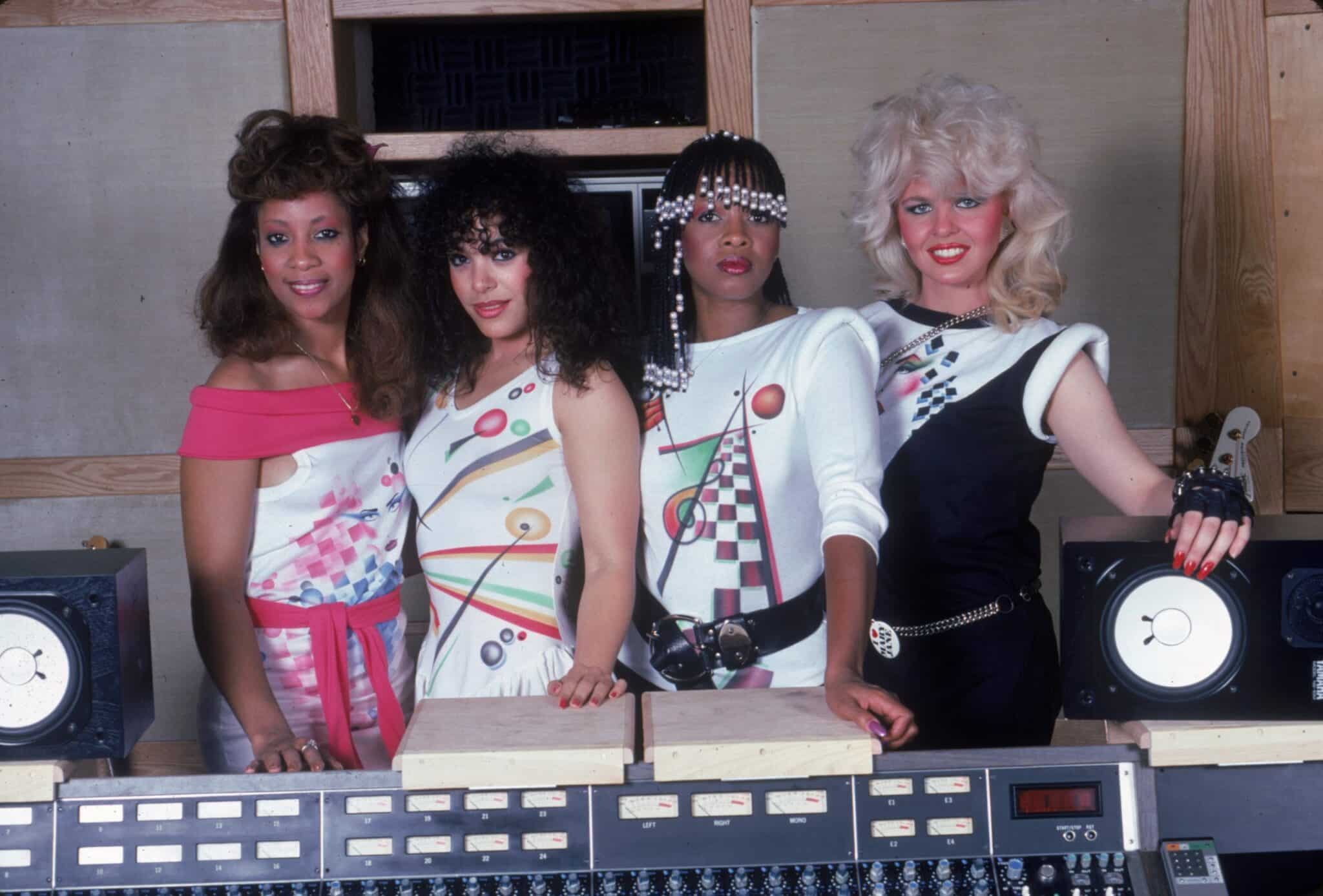 The Mary Jane Girls were a funk, soul and R&B band that learned from the best. And by the best, we obviously mean musical legend Rick James! Some of their biggest hits included the classic tracks In My House and All Night Long, as well as their cover of Walk Like a Man.

Though they recorded three albums in the 80s, the third wasn’t released until 2014, as part of a larger celebration of James’ work. Even though The Mary Jane Girls were always popular, their work was reappraised in the late 2010s, leading to them being inducted into the Rythm and Blues Hall of Fame in 2019. 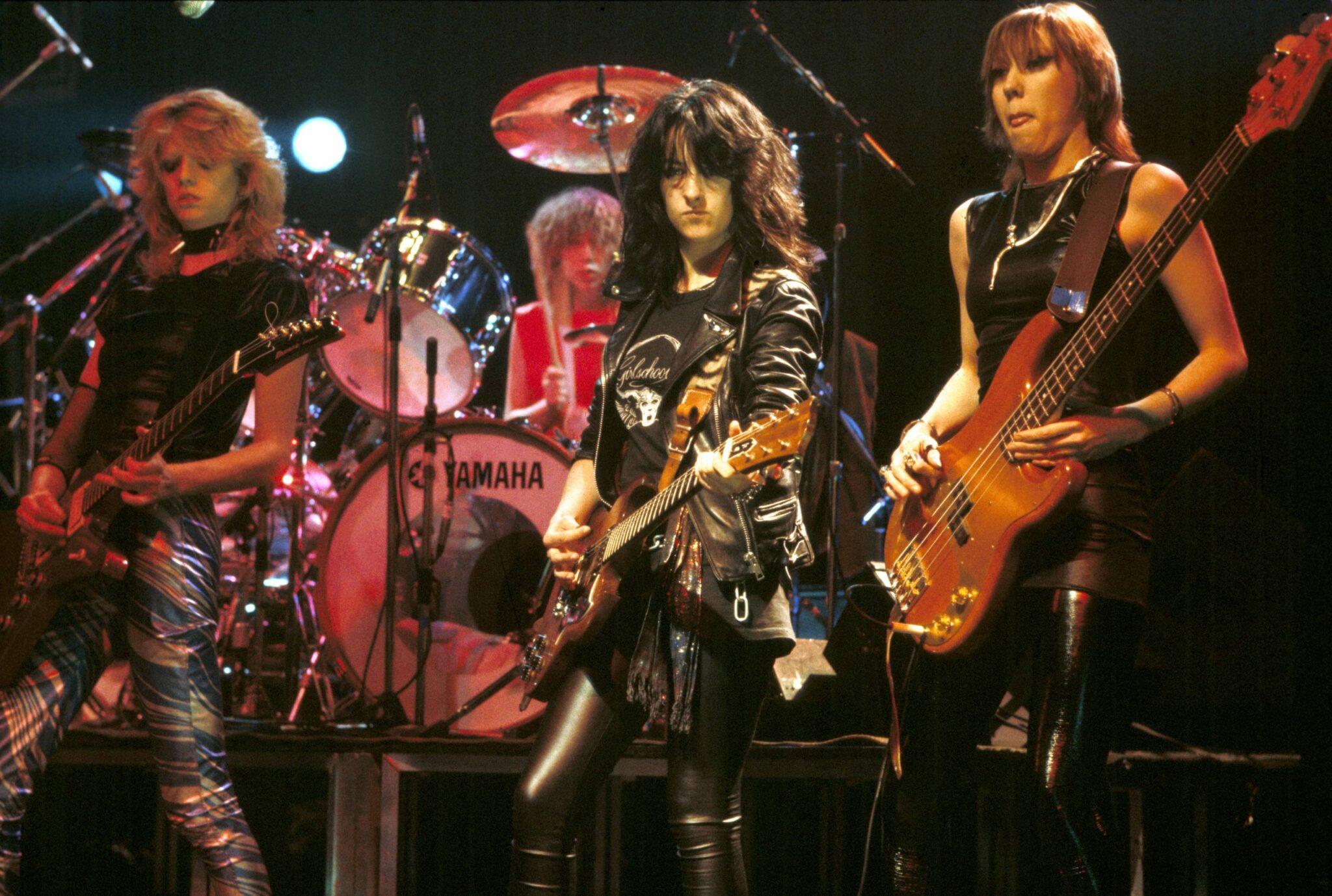 London heavy metal band Girlschool formed in 1978 and are still together today. This makes them officially the longest-running all-female rock group ever, though they’ve had several line-up changes over the years (sadly, original lead guitarist Kelly Johnson died in 2007).

The band enjoyed a close friendship with British rock legends Motörhead, and the two bands briefly united to form a supergroup called Headgirl, from 1978-1981. Beyond this, Girlschool enjoyed their biggest success with their second album Hit and Run. 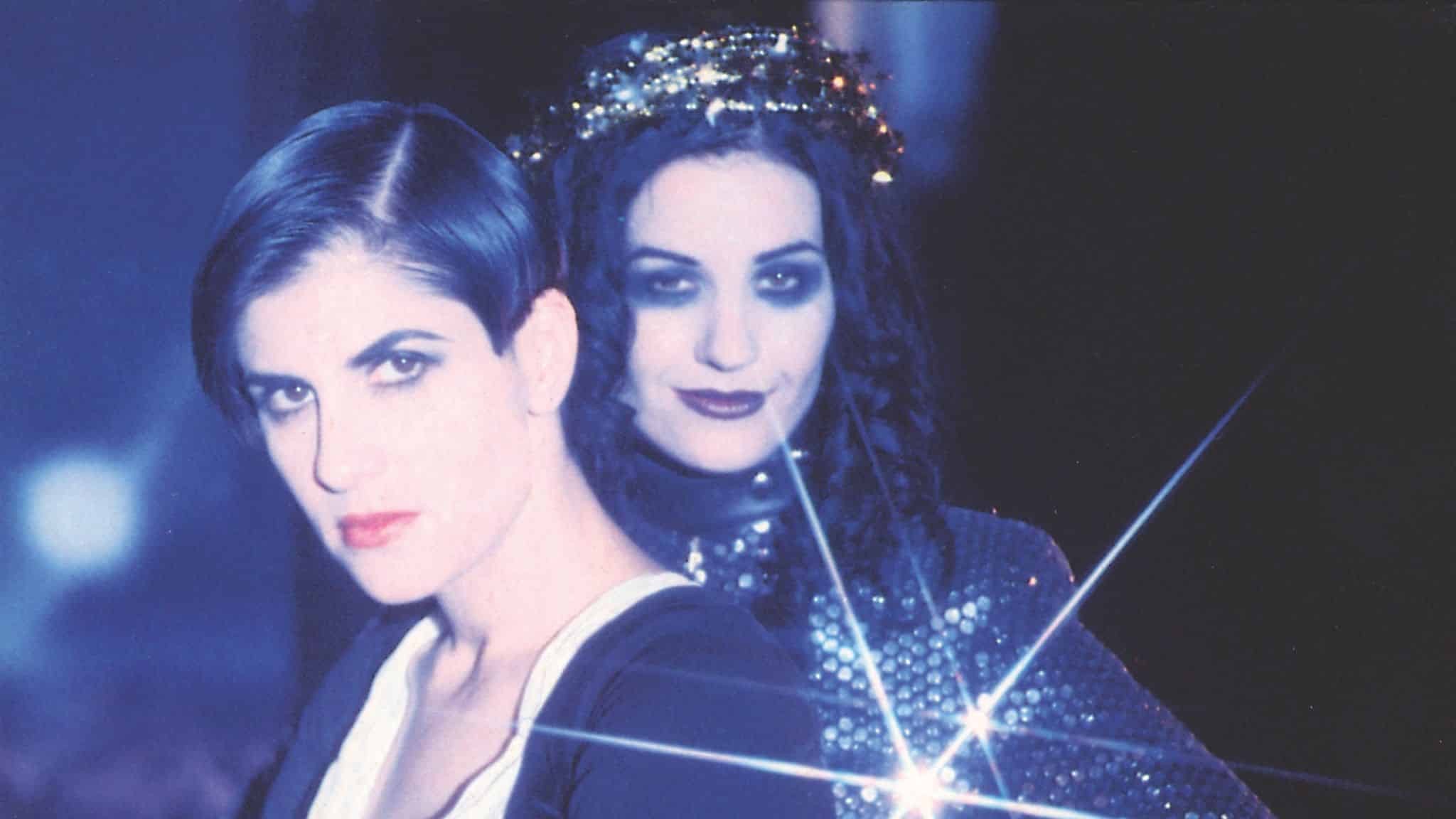 After Bananarama split, singer-songwriter Siobhan Fahey decided to try her hand at something a bit edgier with Shakespears Sister. Initially a solo act, the addition of singer and guitarist Marcella Detroit officially made it a band.

Shakespears Sister enjoyed their first hit in 1989 with You’re History, but they would reach their peak with 1991 single Stay, which topped the UK singles chart for a staggering eight weeks. Fahey and Detroit have continued to work together on and off since. 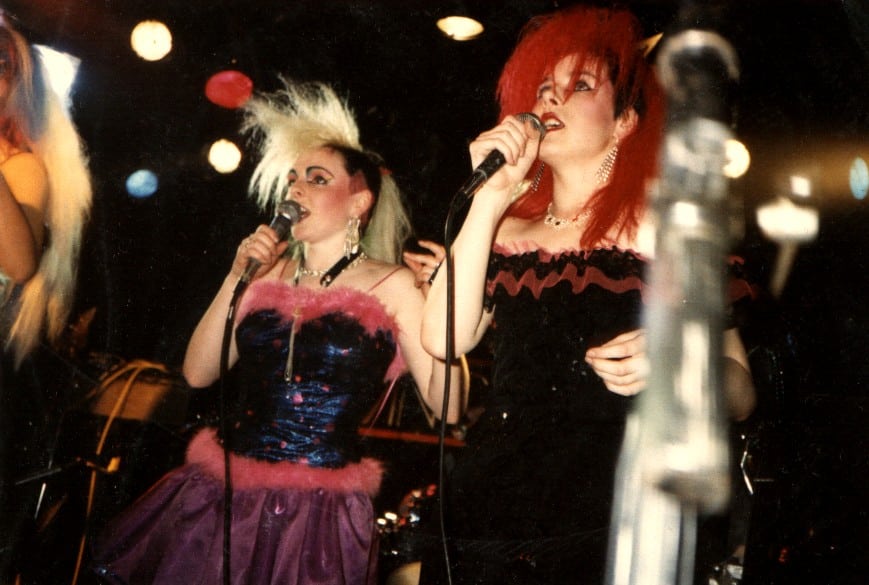 This Birmingham-based punk-pop quartet have one of the longest official band names ever: We’ve Got a Fuzzbox and We’re Gonna Use It! They enjoyed their greatest commercial success once they abbreviated that unwieldy moniker to simply Fuzzbox.

Formed in 1985, Fuzzbox are best remembered for their 1989 hits International Rescue and Pink Sunshine. The band has played together sporadically over the years, although sadly guitarist Jo Dunne passed away in 2012. 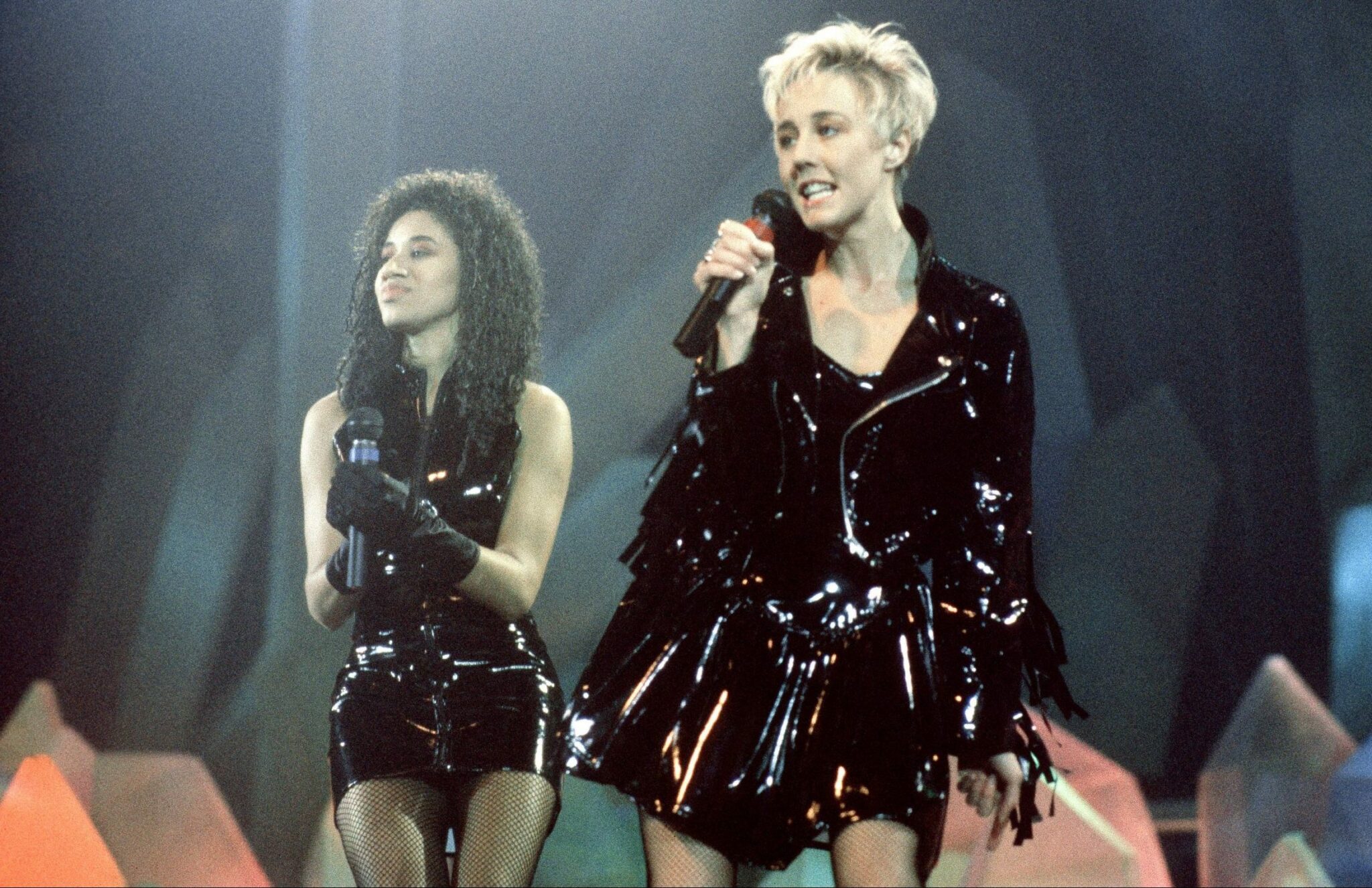 After starting out as the backing singers for 80s pop legends Wham!, Helen ‘Pepsi’ DeMacque and Shirlie Holliman stuck together and set out to make their own mark on pop music as a duo.

Pepsi & Shirlie’s debut single Heartache proved a big hit, charting at number two in the UK. Sadly, their subsequent records flopped and they split by 1991. The duo would reunite in 2011 to play alongside several other 80s acts on the Here and Now tour. 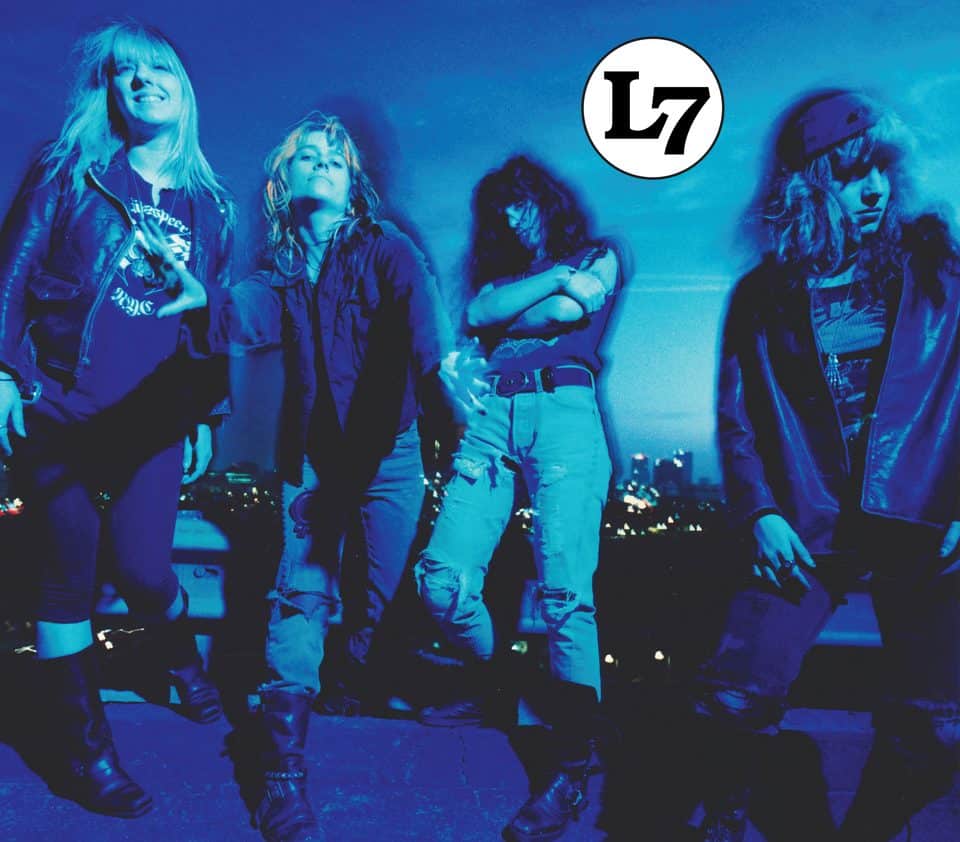 Although often considered part of the early 90s grunge movement thanks to their 1992 hit Pretend We’re Dead, Los Angeles rockers L7 actually formed all the way back in 1985 and released their eponymous debut album in 1988.

Blending elements of heavy metal and punk rock, L7 have been known for their dirty sound and even dirtier onstage antics. After releasing six albums, they disbanded in 2001, but later reunited (with line-up changes) and released their belated seventh album in 2019. 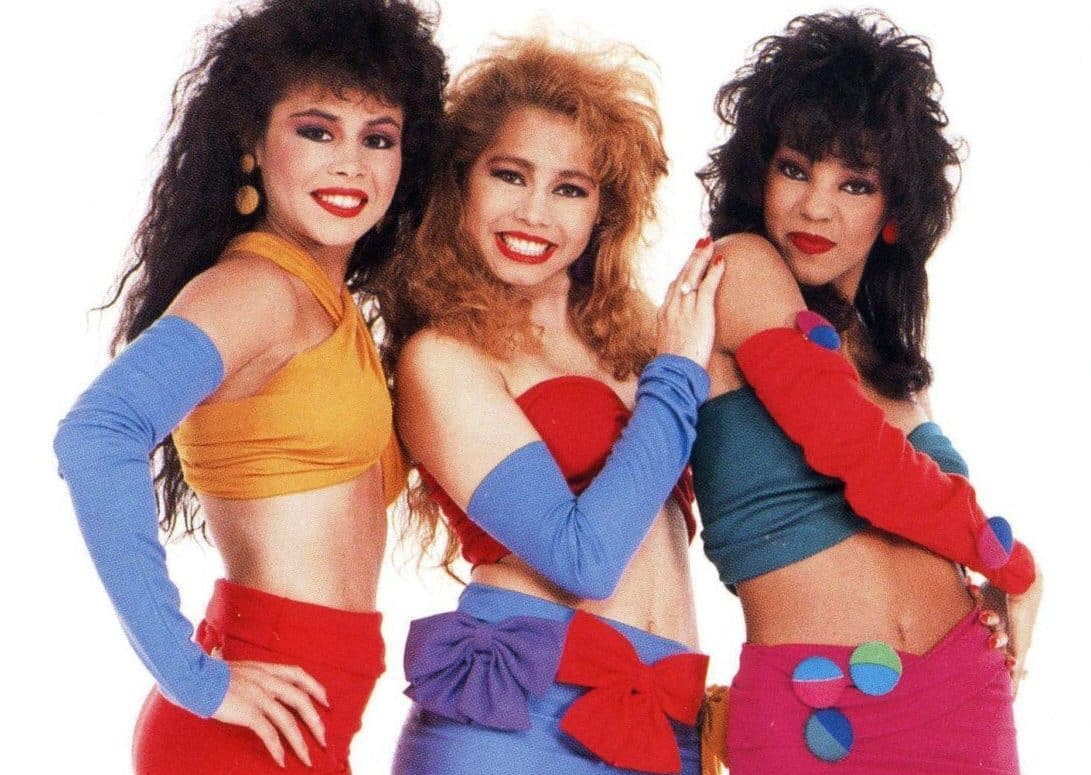 Not to be confused with the British 70s soul band of the same name, New York pop trio Sweet Sensation formed in New York in 1986 and had a number one hit on the US dance charts with 1988’s Never Let You Go.

Sweet Sensation’s biggest hit was If Wishes Came True, which took the number one spot on the Billboard Hot 100 in 1990. Sadly, the failure of their subsequent records resulted in a number of line-up changes before the band was dissolved completely in the mid-90s. 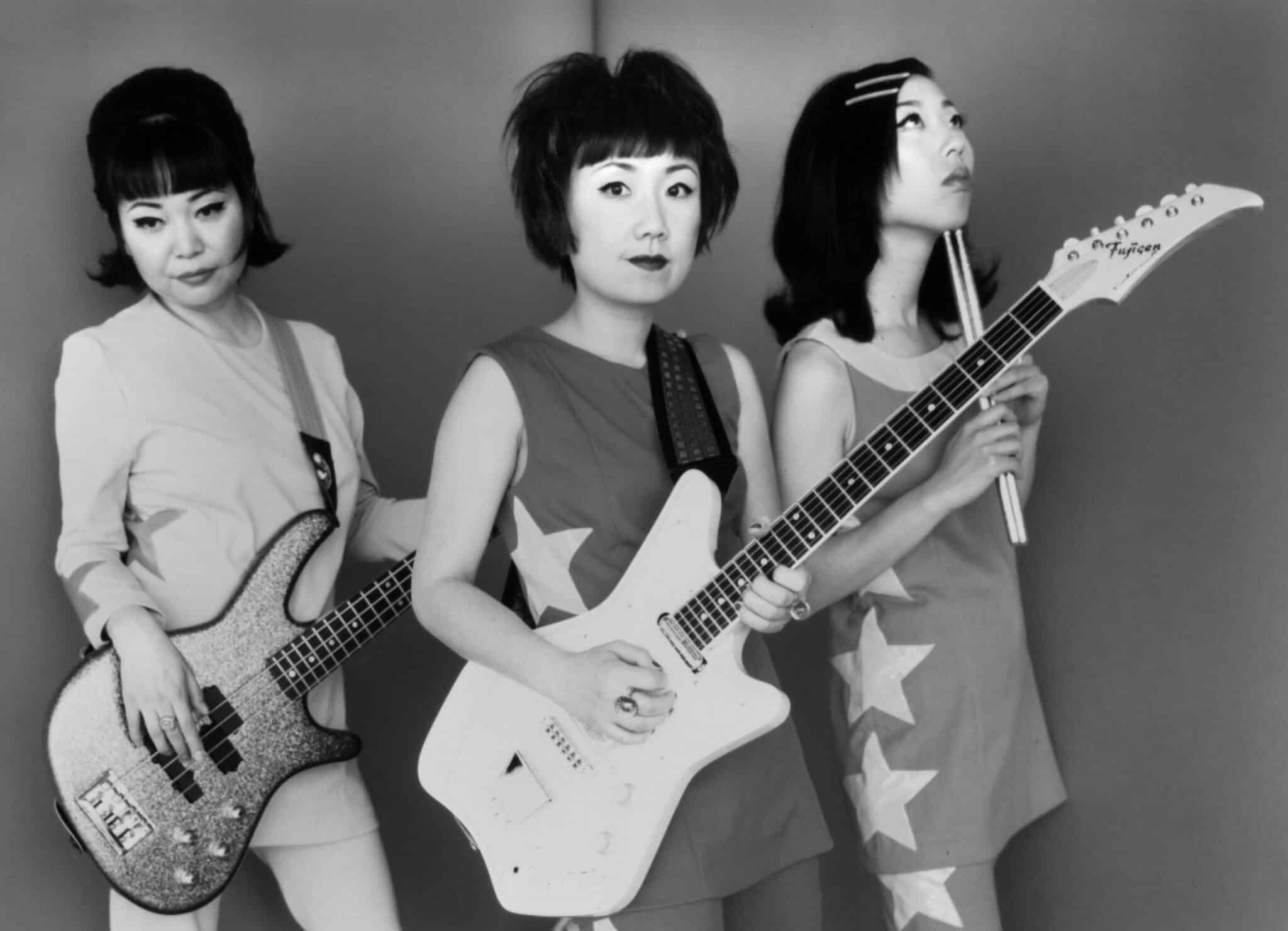 Formed in Osaka, Japan in 1981 by sisters Naoko and Atsuko Yamono, underground punk-pop trio Shonen Knife have been active for more than 40 years, releasing over 20 albums and amassing a cult following all over the world.

Shonen Knife really rose to prominence in 1992 when they supported Nirvana on tour. Kurt Cobain declared them to be his favourite band, remarking, “When I finally got to see them live, I was transformed into a hysterical nine-year-old girl at a Beatles concert.”