…to lose weight of course! 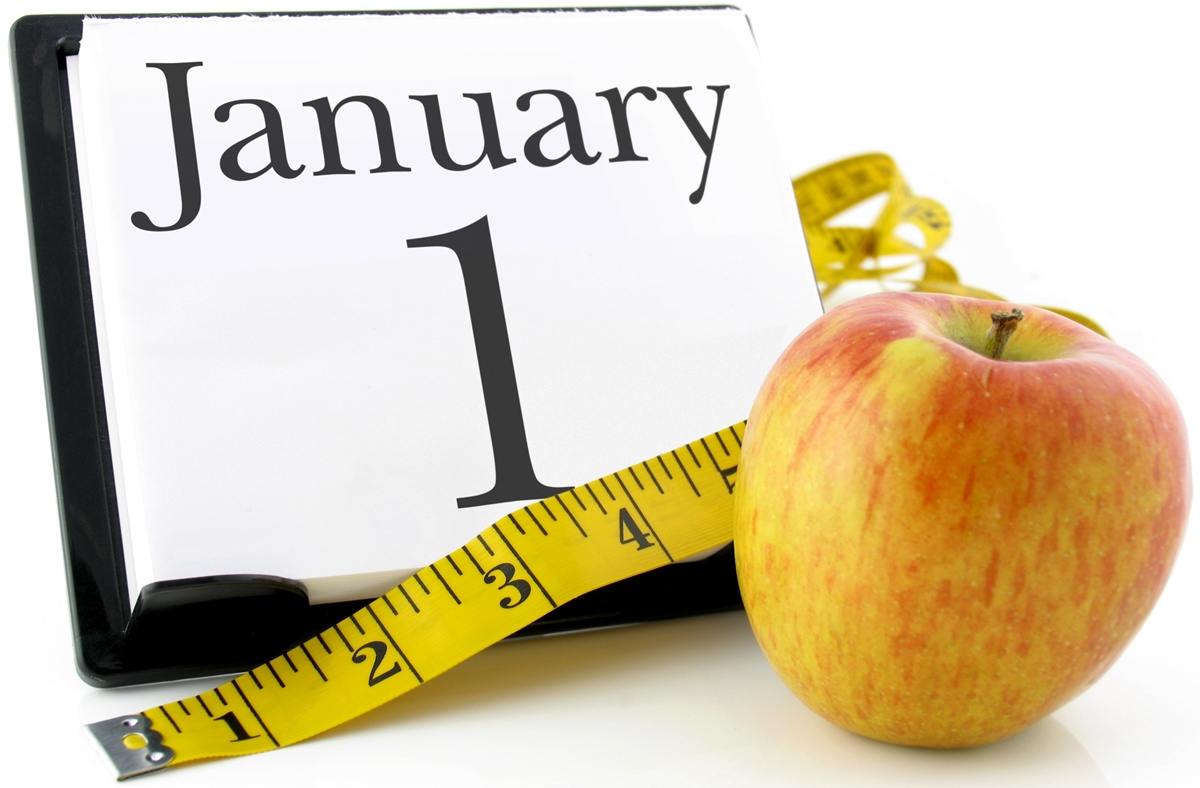 But cast your mind back to the new years that came around when we were growing up during the 1980s. How many times as a kid did you vow to eat more healthily when December turned into January?

… absolutely never ever of course! 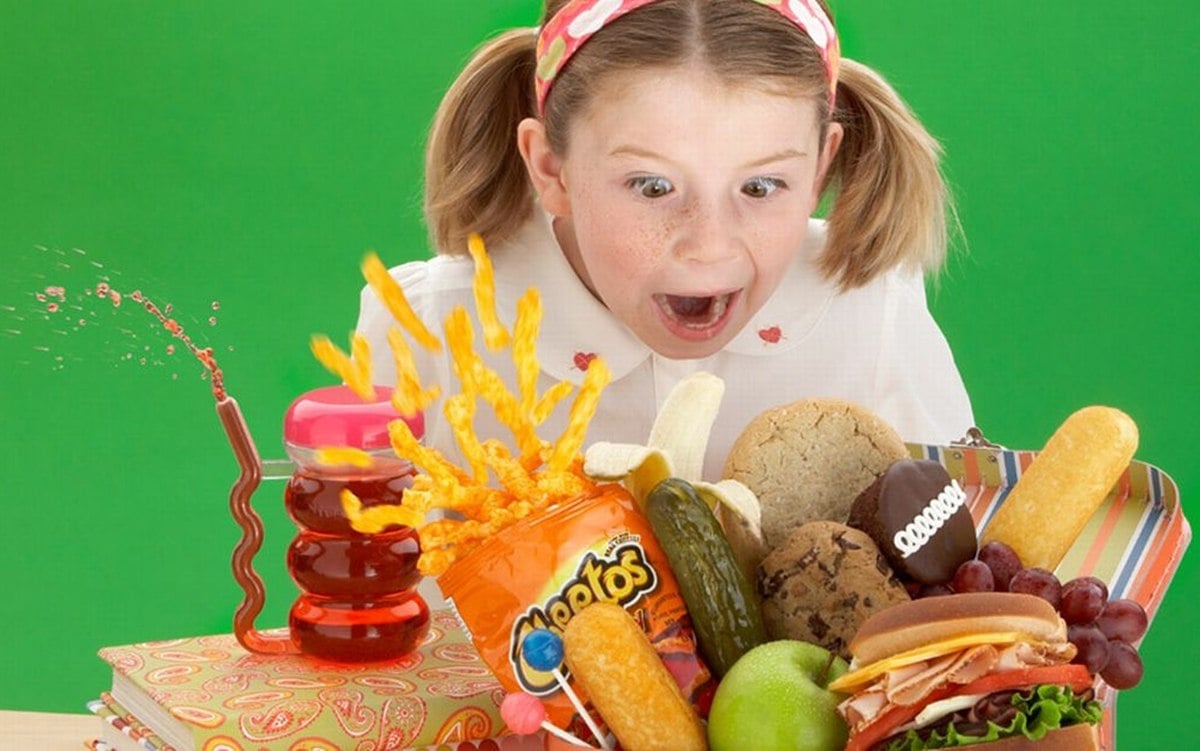 When we were growing up we could eat anything we wanted, and no-one, least of all us, was ever going to stop this! Below are 12 of our very favourite delicious and unhealthy 80s foods, so be sure to post a comment letting us know one, which your favourite was, and two, whether we’ve left any obviously yummy 80s foods off the list! 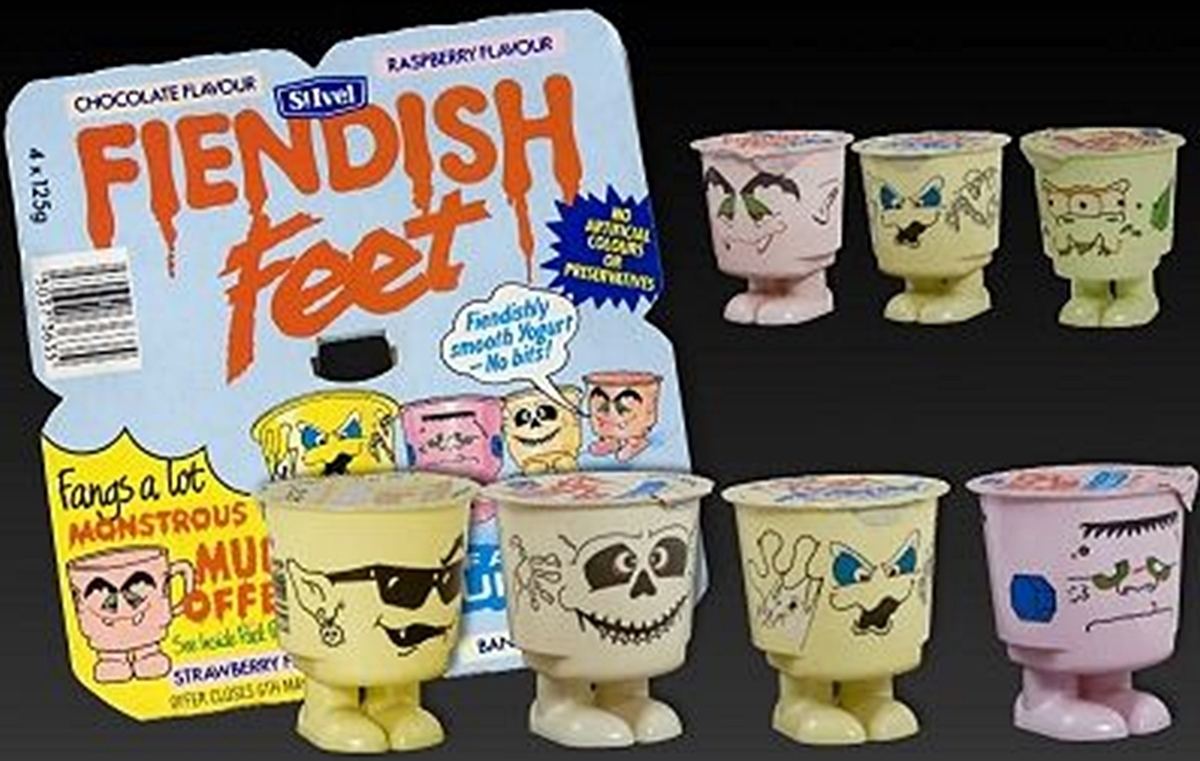 Back in the 1980s yogurts weren’t that exciting at all. But that all changed with the arrival of these ones that were housed within delightfully fiendish monsters and were able to stand on their own two feet. They were originally sold in four flavours: Spooky Wooky (Banana), Fangs a Lot (Strawberry), Frank ‘n’ Stein (Raspberry), and Rattle ‘n’ Roll (Chocolate), but additional flavours were introduced as time went on. 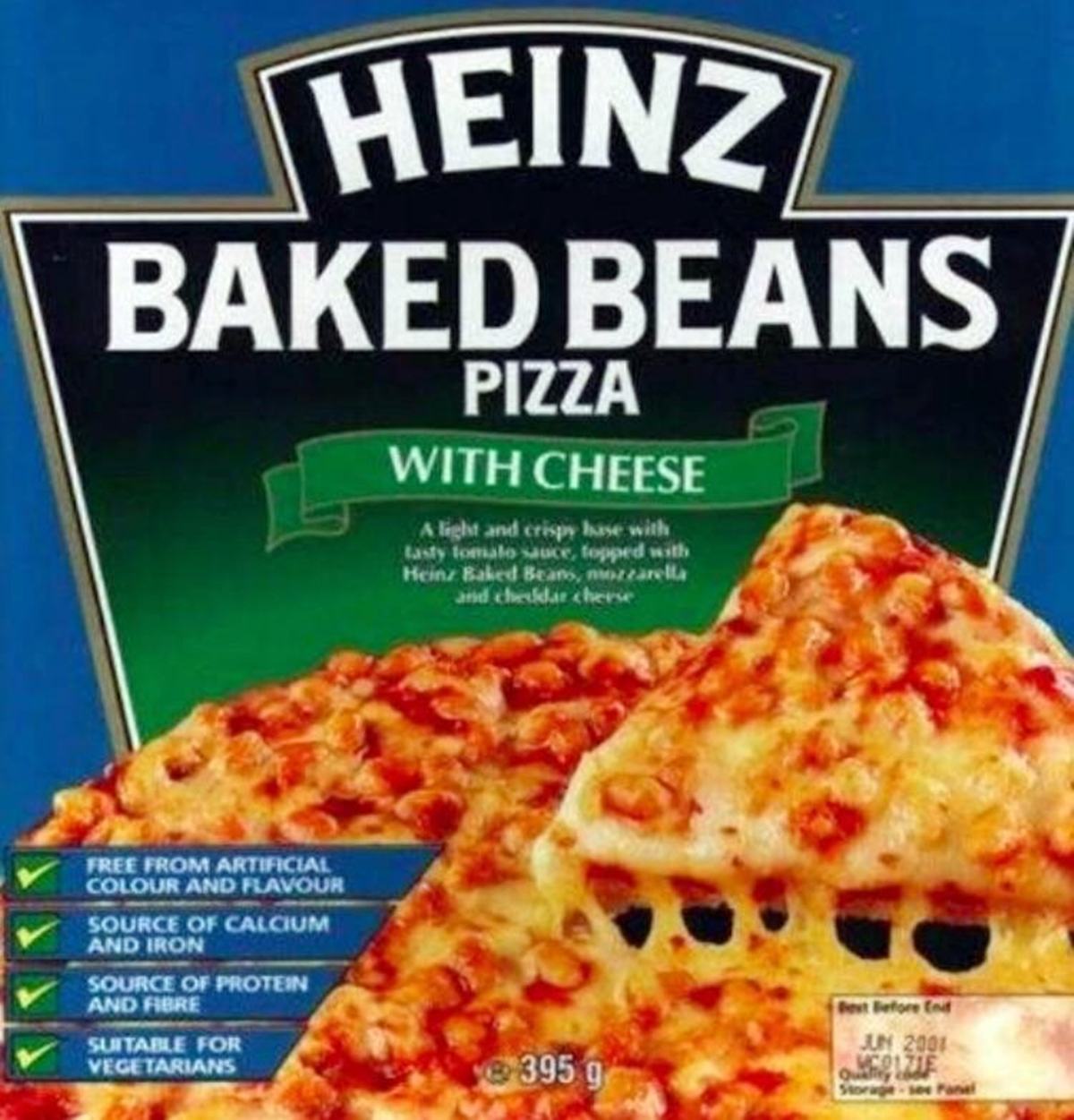 Yes, believe it or not there was once upon a time a Heinz Baked Beans Pizza with cheese! Sadly we never got to sample this delightfully sounding meal, did you? 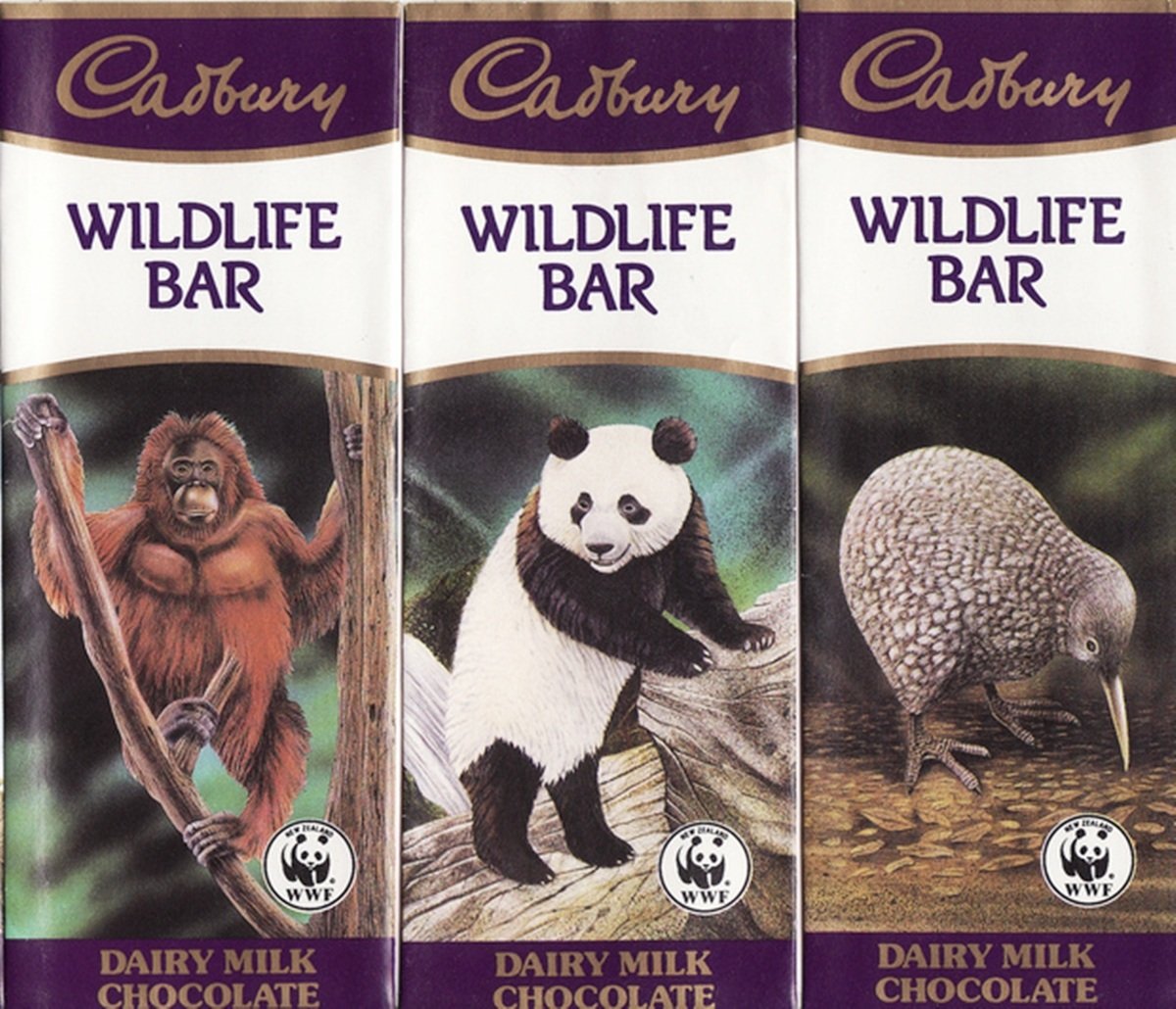 Do you remember these Cadbury Wildlife Bars? It was simply bog standard (and rather thin) Cadbury chocolate, but to be fair it did taste so much better when the wrapper had our favourite animal on it! 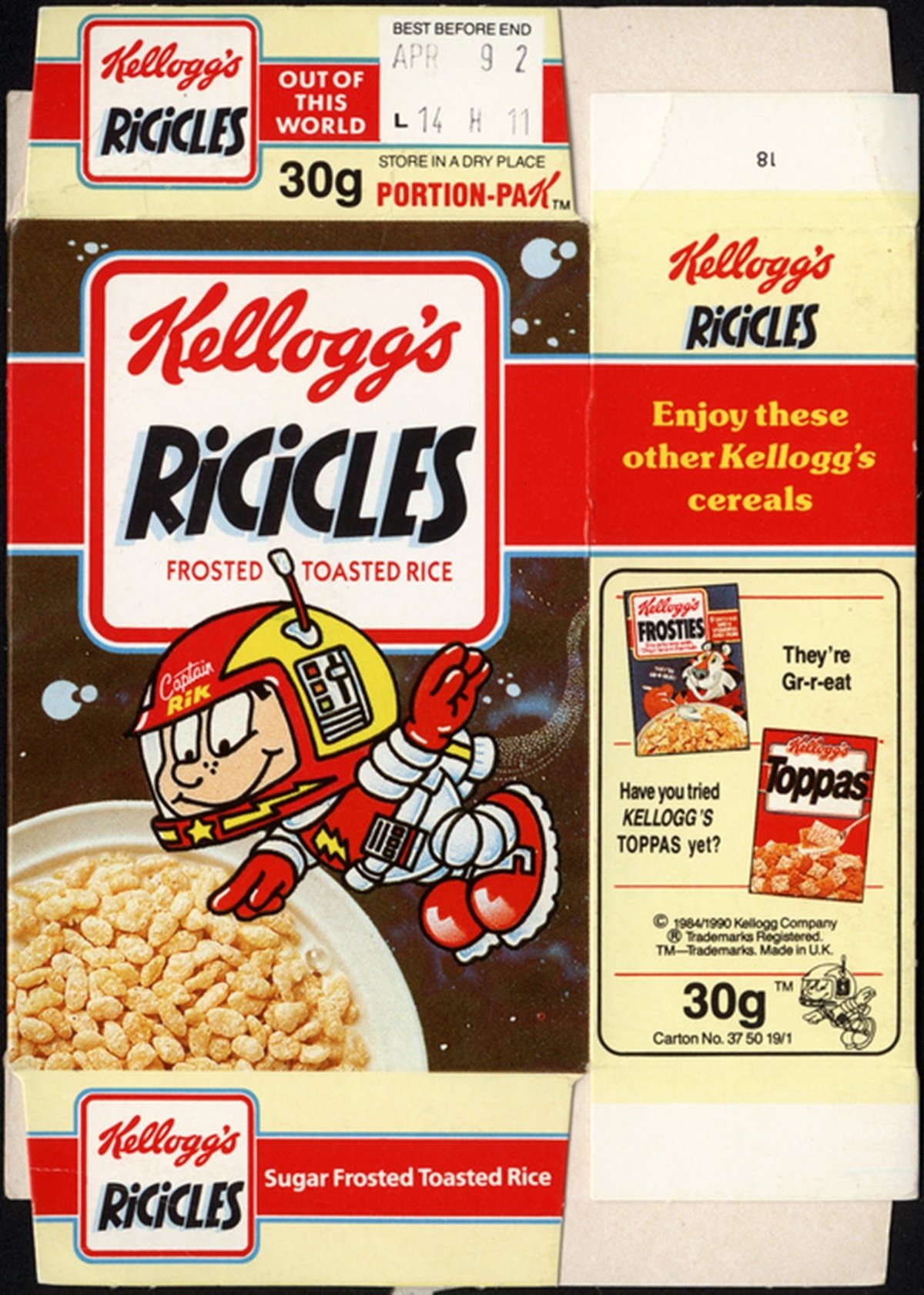 Out of all the breakfast cereals that are no longer available to purchase, Ricicles was our absolute favourite. This was probably down to the large amount of sugar they contained, which was sadly also the reason that Kellogg’s decided to stop making them. 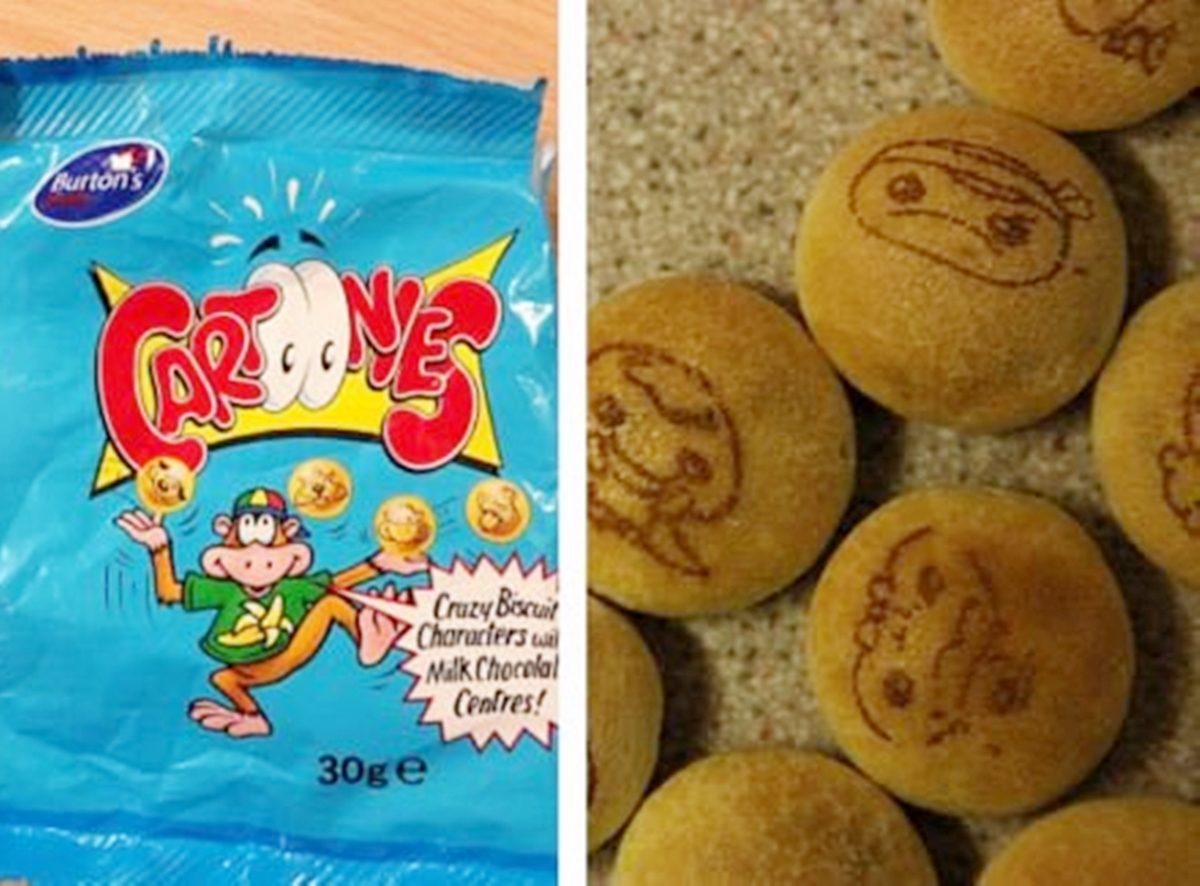 Who remembers munching on these brilliantly tasty snacks that had pictures of cartoon characters on them? Like with other examples on this list, the fact that they had our favourite characters on them made them taste so much better than they would have otherwise! 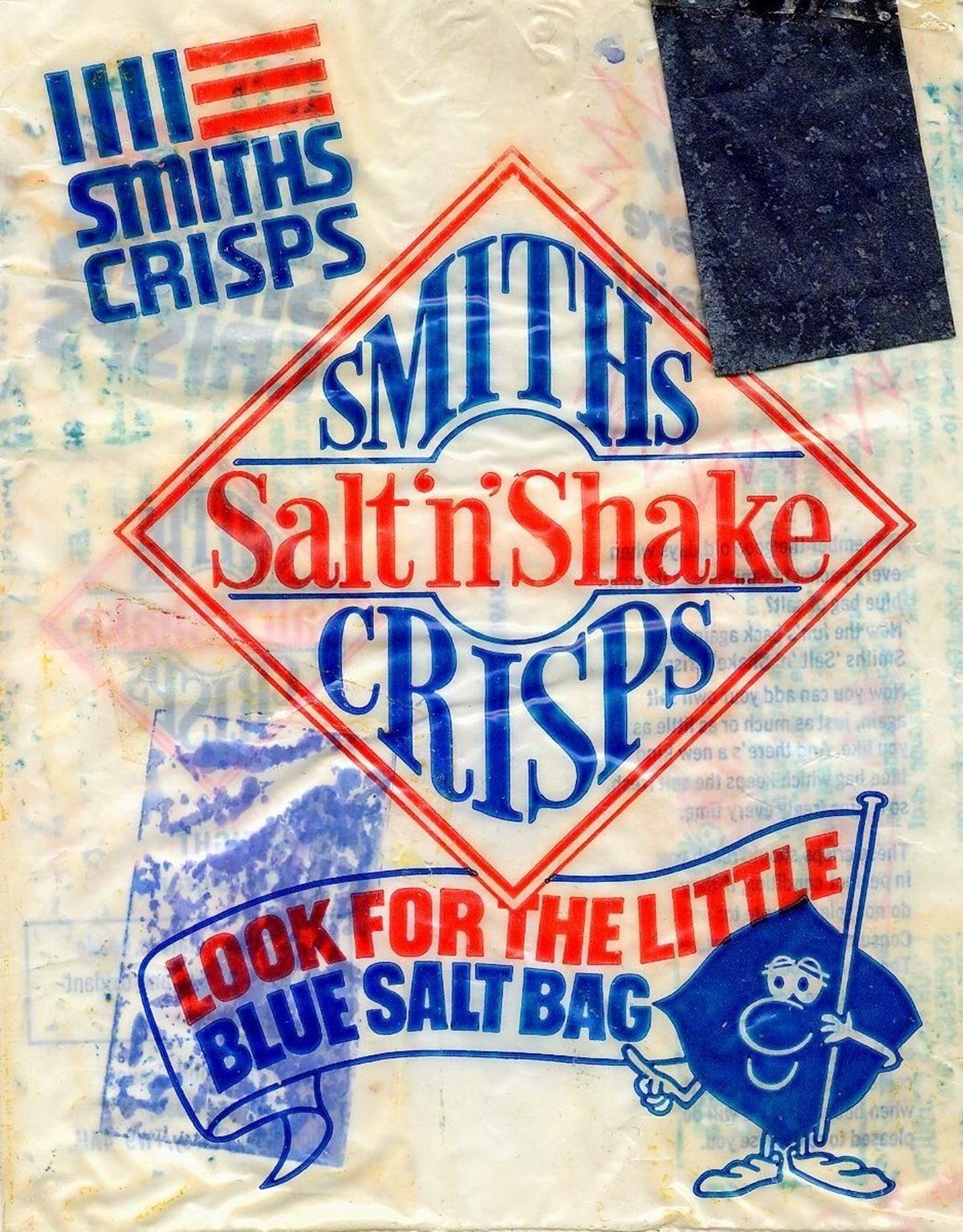 Salt ‘n’ Shake were classic tasty crisps that, rather than having salt added already, asked us to look for the little blue salt bag which we had to open, insert and shake around the packet ourselves. As adults we actually find this rather annoying, but as children it was something we always looked forward to. 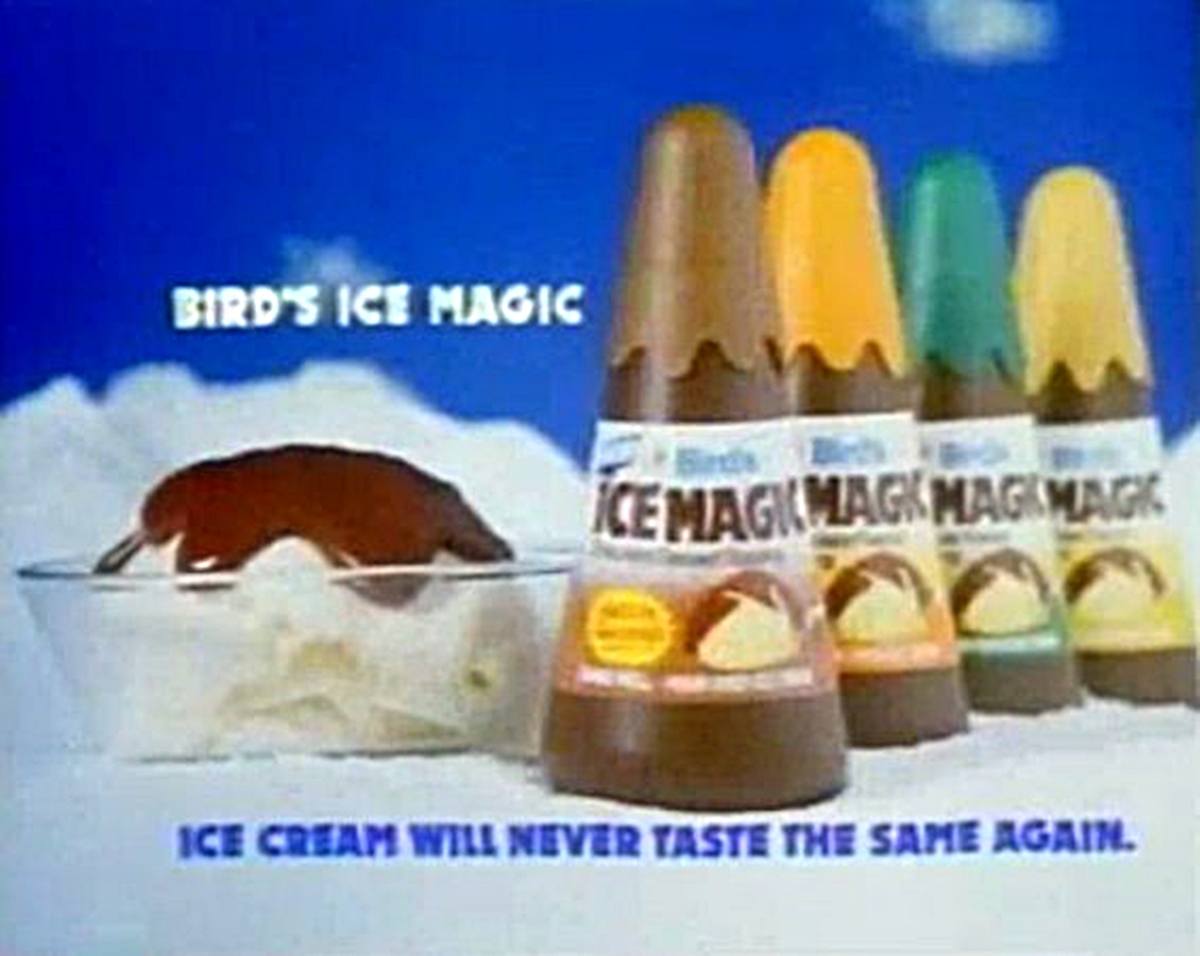 Bird’s Ice Magic was quite simply a miracle of modern food, which involved pouring runny chocolate sauce on your ice cream, only for it to harden within minutes, creating your own homemade choc ice. Whoever came up with the science behind this should be given a knighthood! 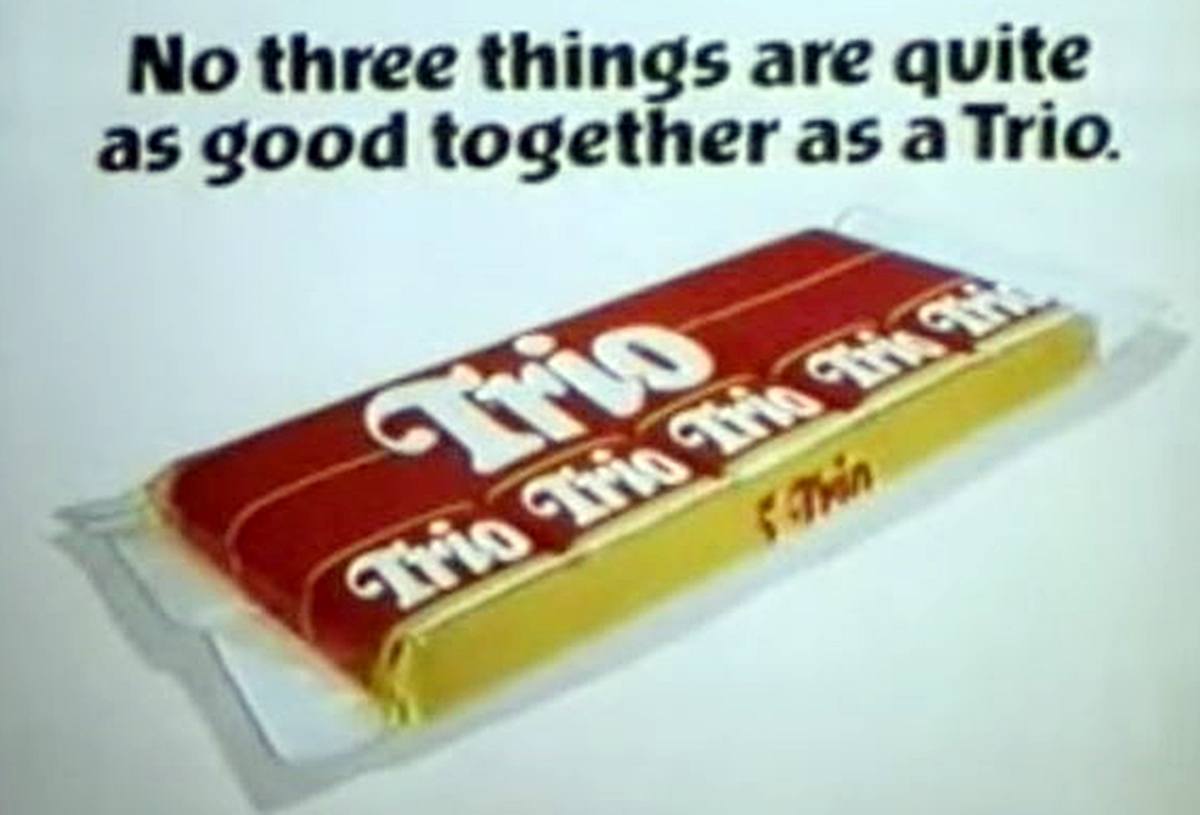 When it came to chocolate bars we had very little patience as children. Which the advertising campaign for Trio jumped upon with much relish, because We wanted a Trio and we wanted one now! 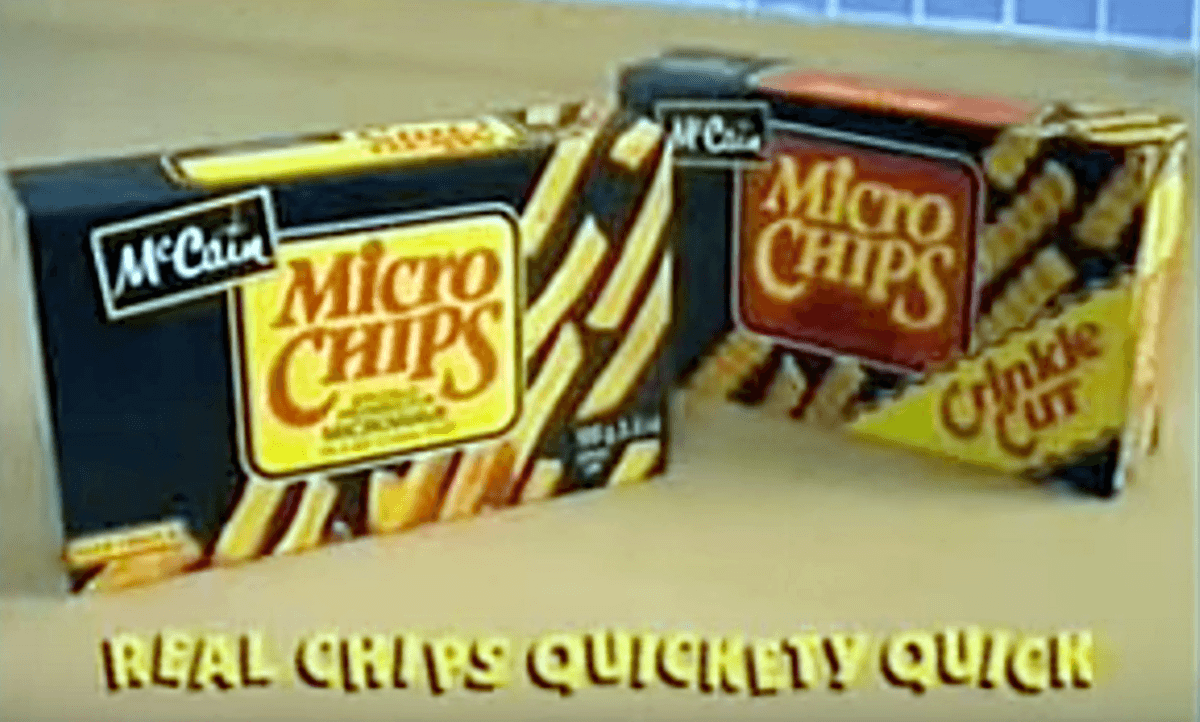 They may have been re-branded with a new pack design and had their name changed to ‘McCain Quick Chips’, but to us they will always be Micro Chips, and boy did we love them. 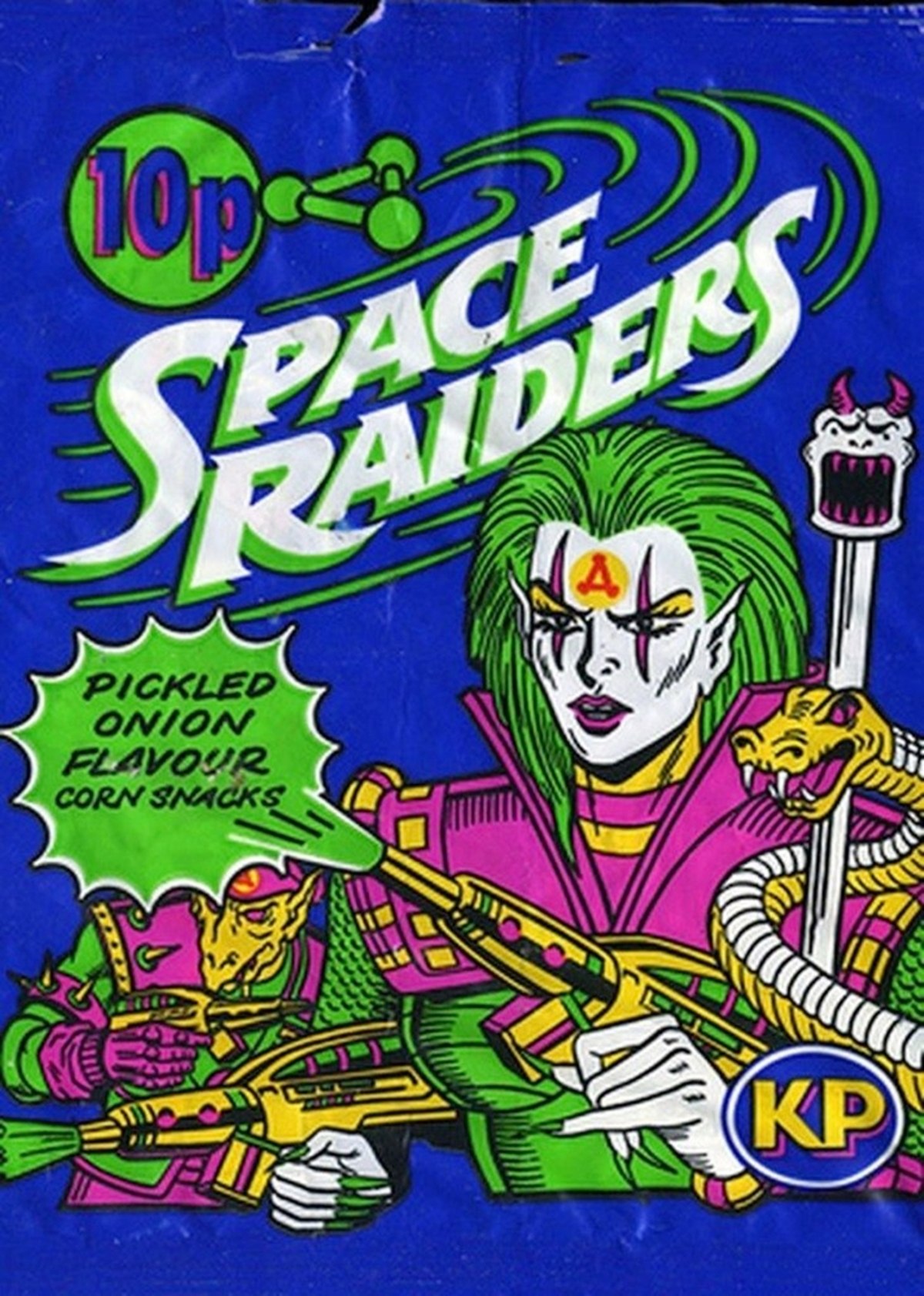 We had to pay the paltry amount of 10 pence for our favourite tasty pickled onion flavoured ‘corn snack’. If you remember, the packet featured space goddess Astra and her rebel pirates, along with a tiny comic strip detailing Astra’s space adventures, only adding to the feeling that we were getting a lot of value for our money. 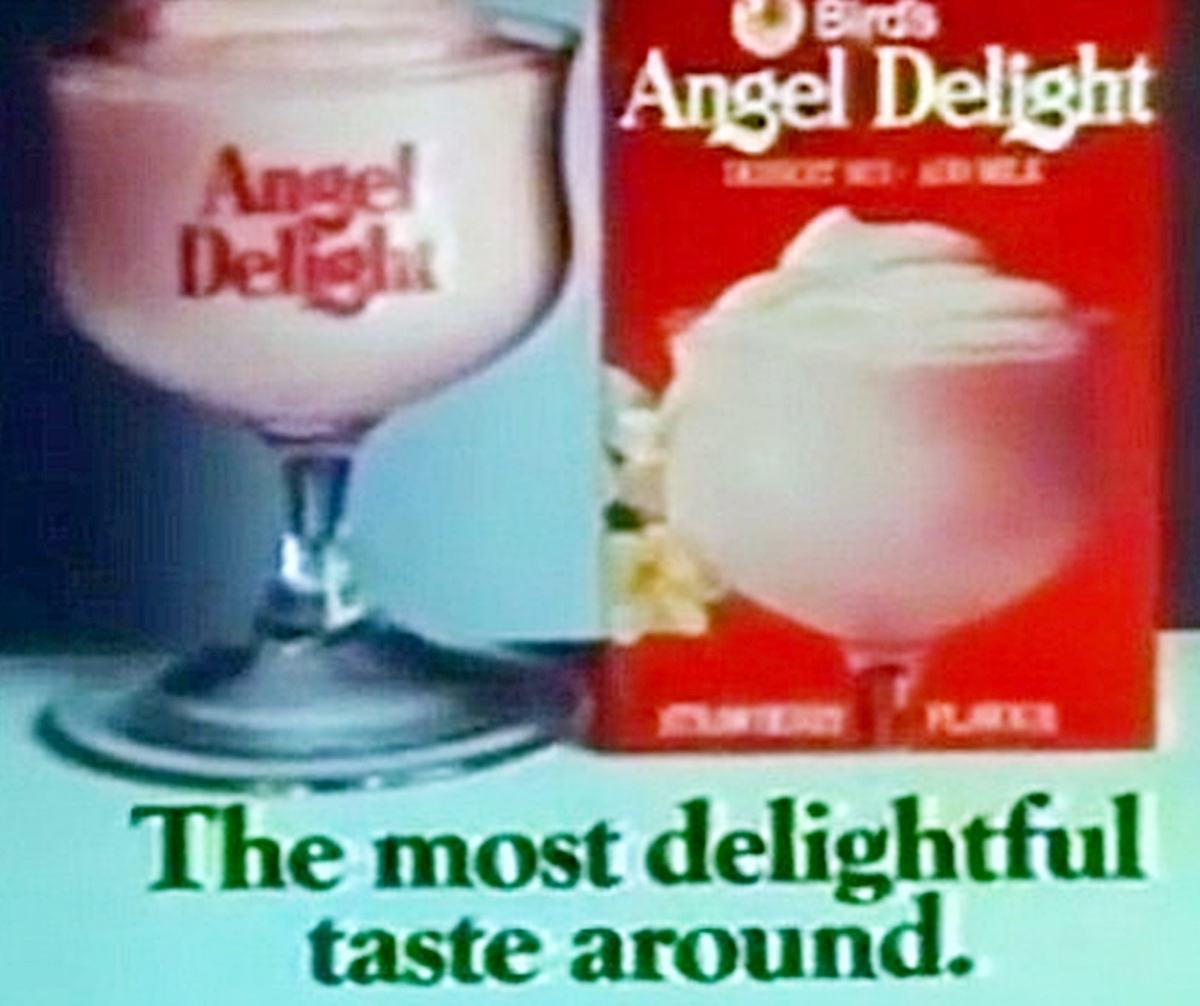 As if Angel Delight didn’t contain enough sugar, our parents used to add smarties and ‘hundreds and thousands’ to make them into a face. These days our kids are lucky if we let them eat these teeth destroying desserts once a year. Poor deprived little dears… 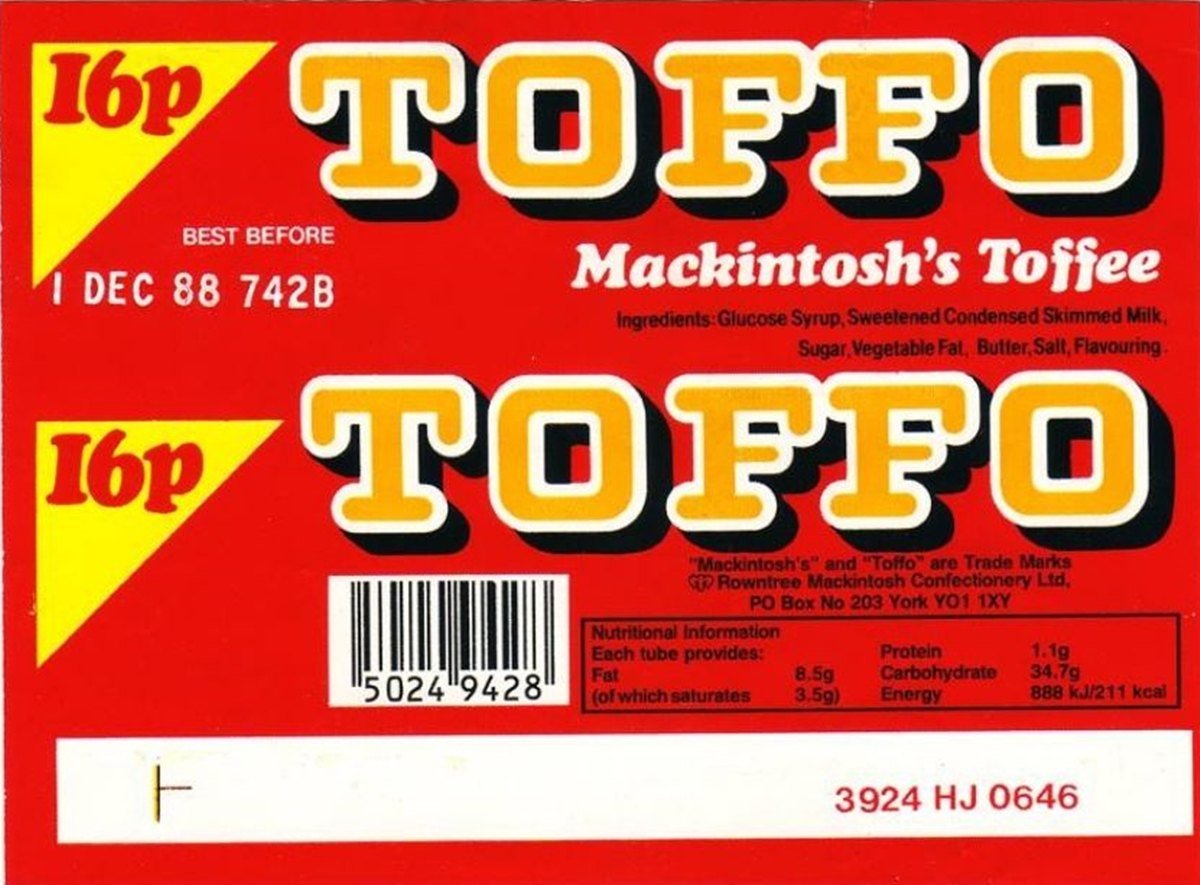 Did you realise that you can no longer purchase Toffo from your local newsagents? Yes, we’re sorry to break the news to you but they have been discontinued. If you remember, they were available to purchase in a regular toffee flavoured version, or in a mixed packet that had different flavours including banana and strawberry.

If you have enjoyed reading this post, please do spread some lovely, yummy, nostalgic memories to your friends and family by sharing it with them!