10 Mind-Altering Facts You Never Knew About The Lawnmower Man

It can be hard to imagine a time when the use of computer-generated imagery in the movies wasn’t commonplace. Up until the early 90s, however, most people had no idea what CGI was – and one of the first movies to really highlight the technology was 1992’s The Lawnmower Man. Time hasn’t been the kind to the movie (especially its FX), but it certainly made an impact on release. Here are some things about the film you didn’t know.

10. The film’s title was taken from a Stephen King short story to make it more marketable 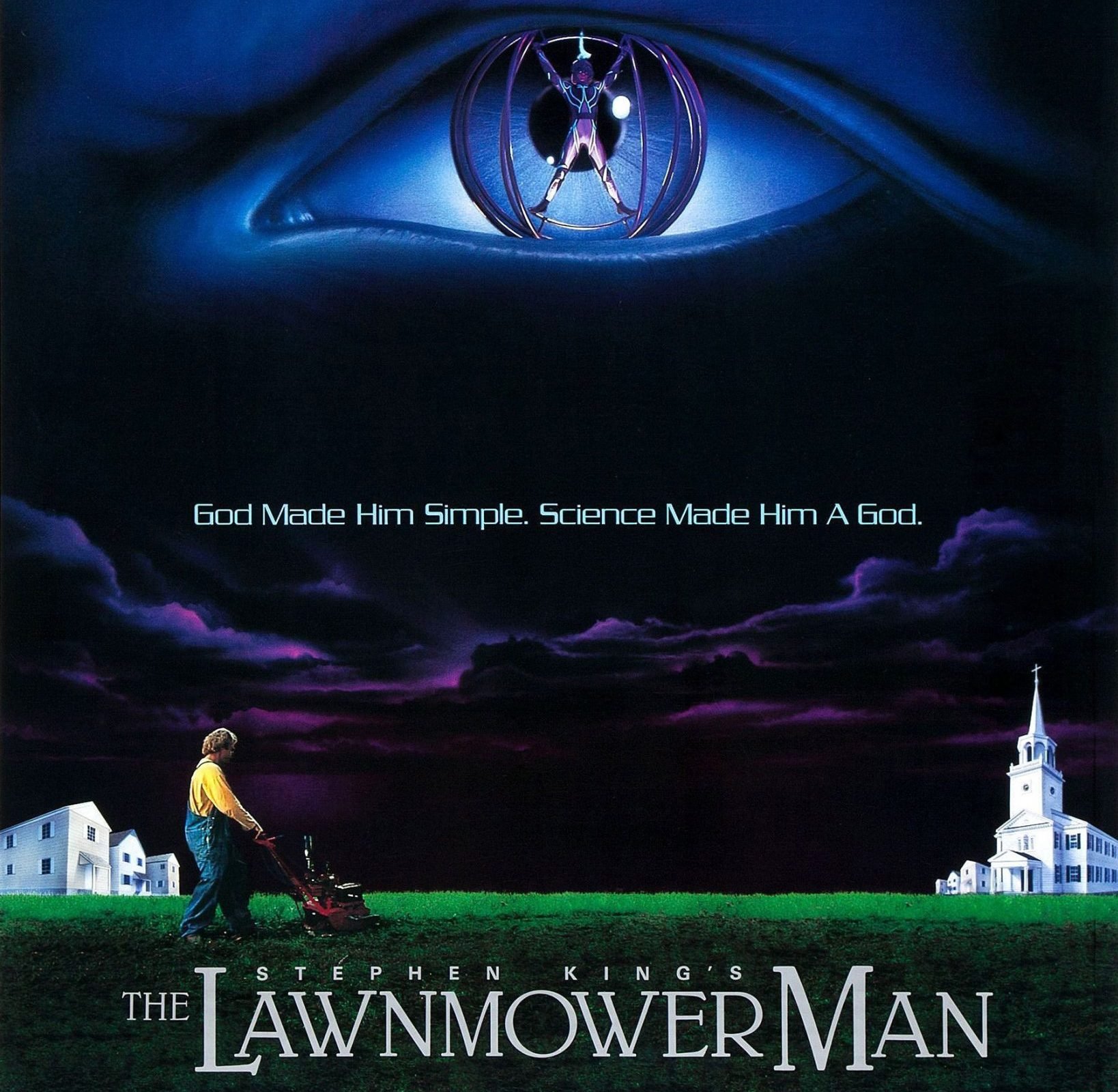 The Lawnmower Man began life as CyberGod, an original screenplay by Gimel Everett. However, the script was slightly reworked and presented as an adaptation of a Stephen King short story, in the hopes of improving the film’s marketability.

Like the movie, King’s The Lawnmower Man involved a gardener who mowed lawns – but, aside from a few minor details, that was pretty much the only common feature between the stories.

9. Stephen King sued the filmmakers over use of his name (and won) 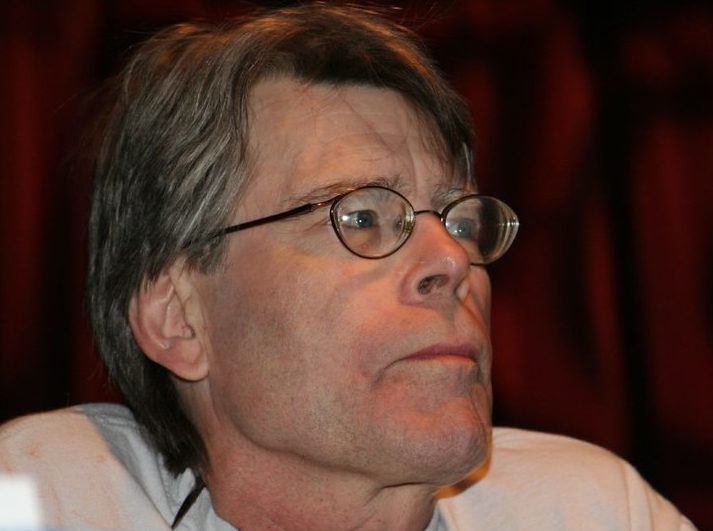 Studio New Line Cinema legally owned the rights to Stephen King’s story, but the author himself was outraged when the film was marketed as ‘Stephen King’s The Lawnmower Man,’ as it bore virtually no relation to his story.

King sued the studio, and the judge ultimately ruled in his favour. His name was removed from the marketing and he received $2.5 million in damages.

8. One team of CGI artists spent eight months working on the digital sequences 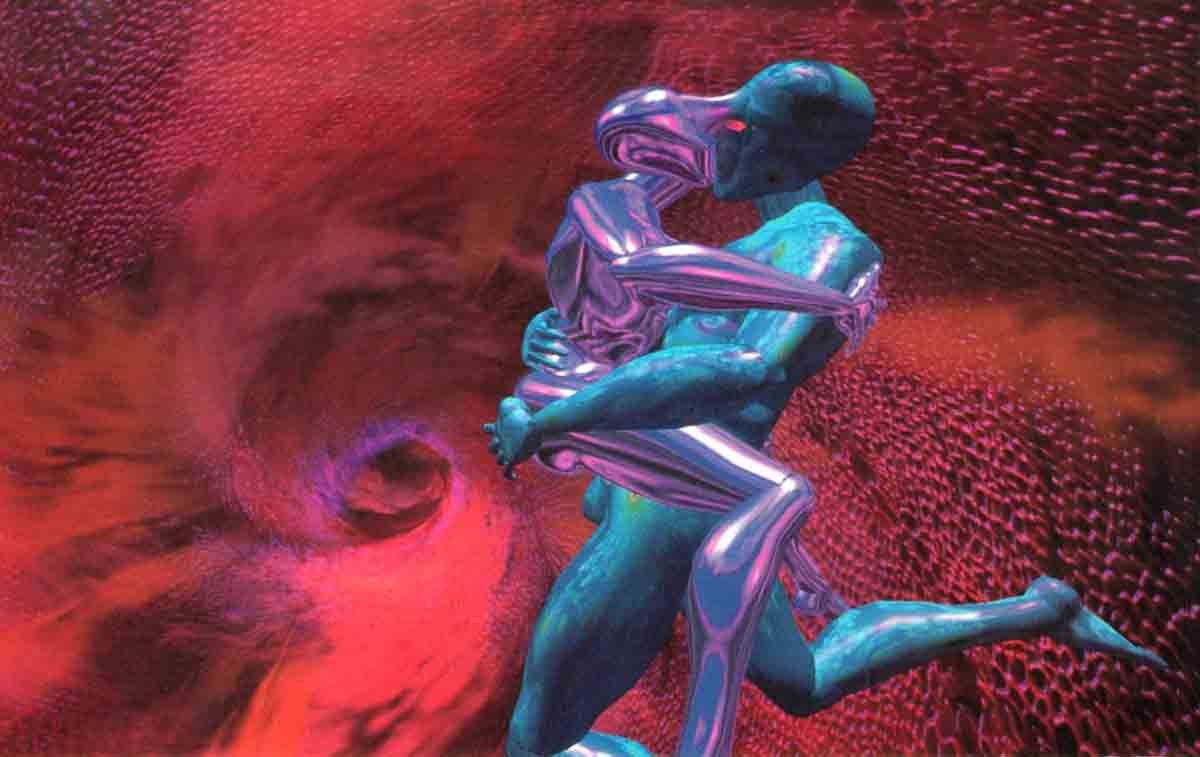 Watch the end credits of most modern blockbusters, and once they reach the computer-based roles, dozens of names will scroll past. Things were different back in 1992, however: CGI was a far more specialised field without nearly so many people doing it.

In the case of The Lawnmower Man, all the CGI in the movie was produced by a single team of just seven artists. This cost the studio $500,000, and amounted to just eight minutes of screen time overall. 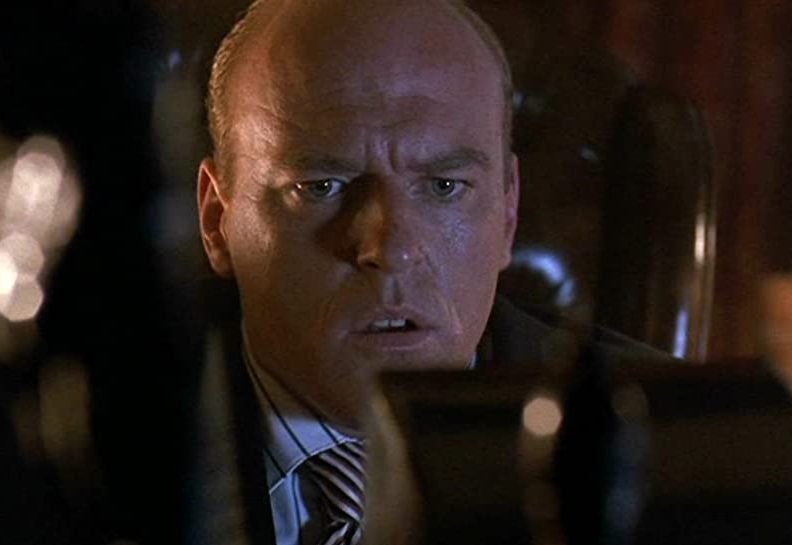 Outside of its use of CGI, The Lawnmower Man is probably best remembered as one of Pierce Brosnan‘s most high-profile movie leads before he was cast as James Bond. However, another future big name also makes an appearance: Dean Norris.

6. Jeff Fahey’s Jobe was originally going to be a red-head 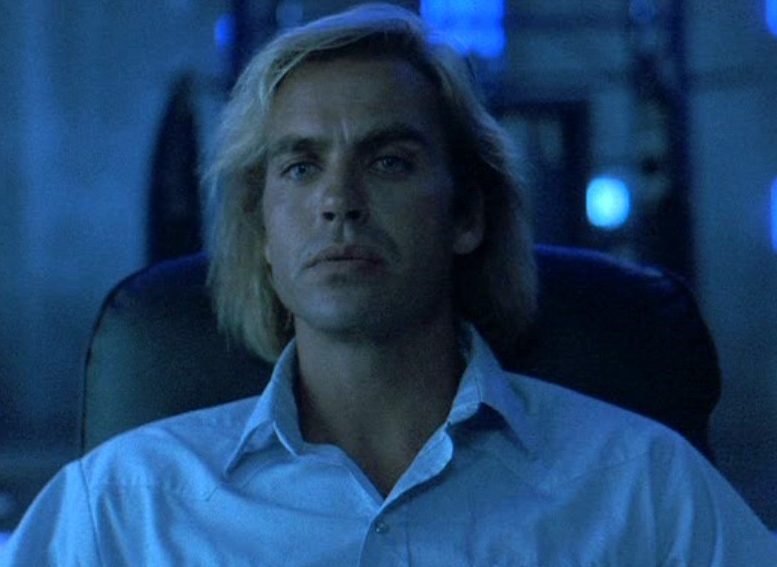 As a mentally challenged social outcast (at least, to begin with), Jeff Fahey’s title character Jobe deals with a lot of scorn and ridicule. Originally, the filmmakers had planned to go one further on this and give him another feature that tends to attract attention from bullies: red hair.

In the end, they decided against this and kept Fahey’s natural blond locks, because the red hair dye they tried out looked unconvincing.

5. Real mystical symbols are used in the VR sequences 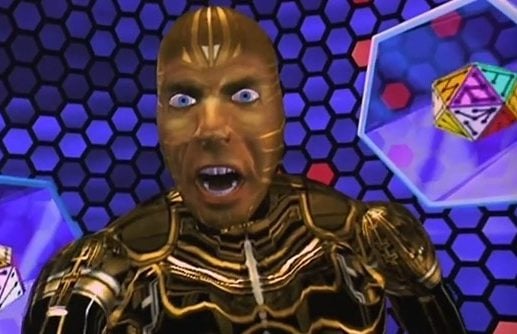 As a story about a man first increasing in mental power, then ultimately achieving god-like omnipotence via virtual reality, The Lawnmower Man blurs lines between science and mysticism.

The VR sequences push this idea further by including glimpses of actual mystical symbols, from the Kabbalah and the Key of Solomon.

4. The film was reportedly a favourite of David Koresh 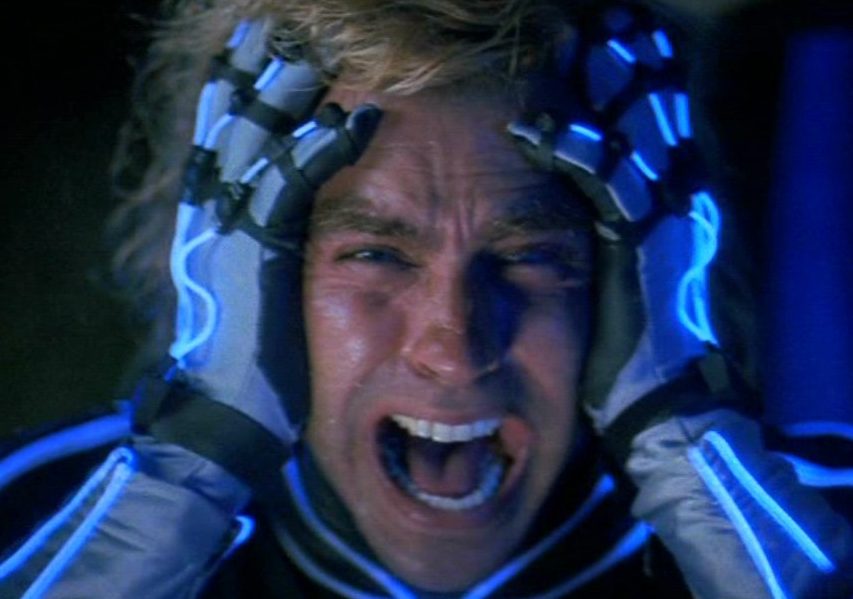 It came to light years later that The Lawnmower Man was a personal favourite film of one of the most infamous figures of the early 90s: David Koresh, leader of religious cult the Branch Davidians.

Koresh and a reported 75 of his followers were killed in April 1993 in the infamous law enforcement siege of the cult’s compound in Waco, Texas.

3. It opened in second place at the box office, behind Wayne’s World 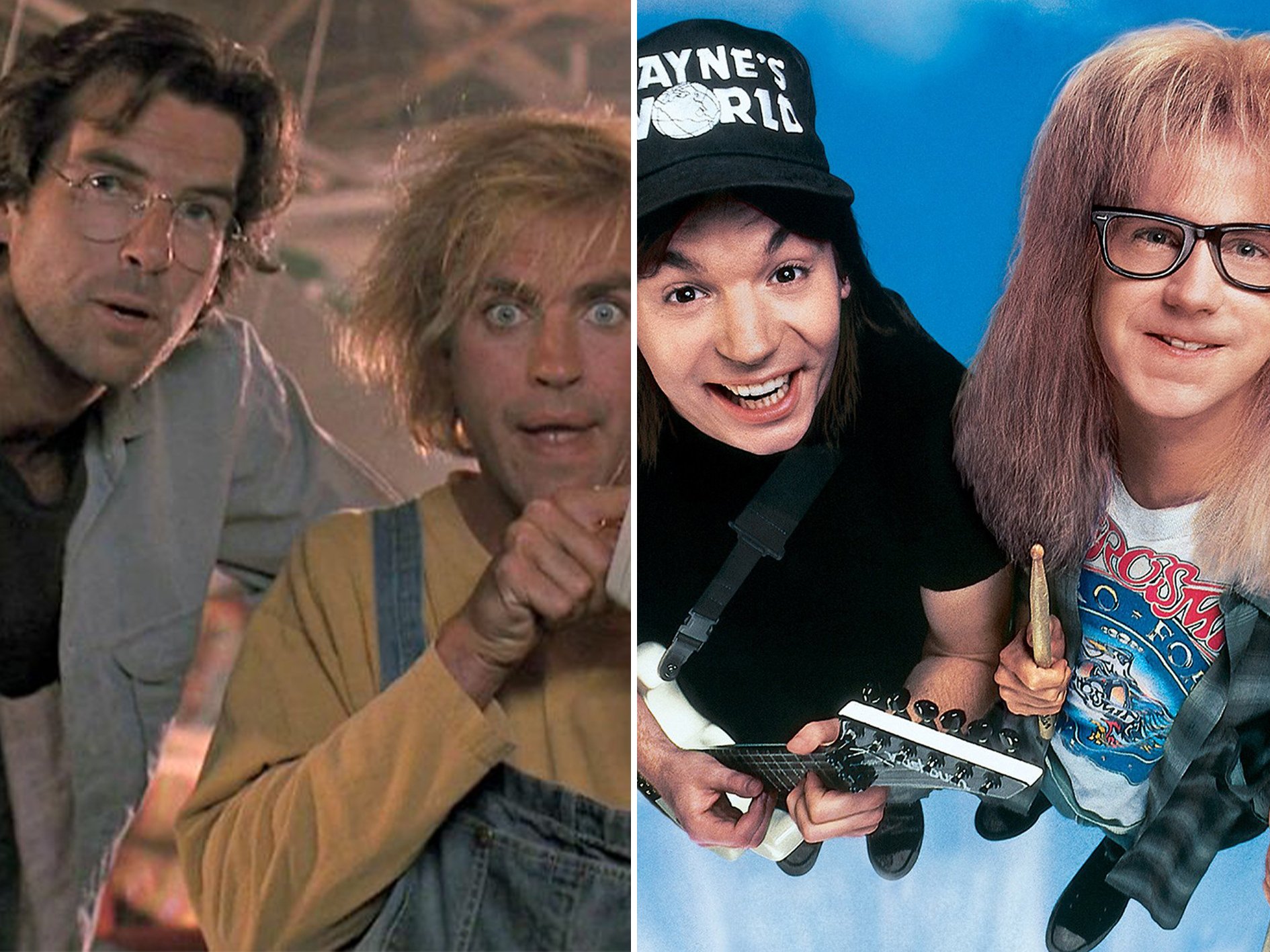 The Lawnmower Man got a lot of attention on release. It opened in second place at the US box office on its first weekend, beaten to the top spot by hit comedy Wayne’s World.

By the end of its run, The Lawnmower Man earned over $32 million in America alone; a modest sum, but a comfortable return on its $10 million budget.

2. Dialogue from the film was sampled by The Prodigy 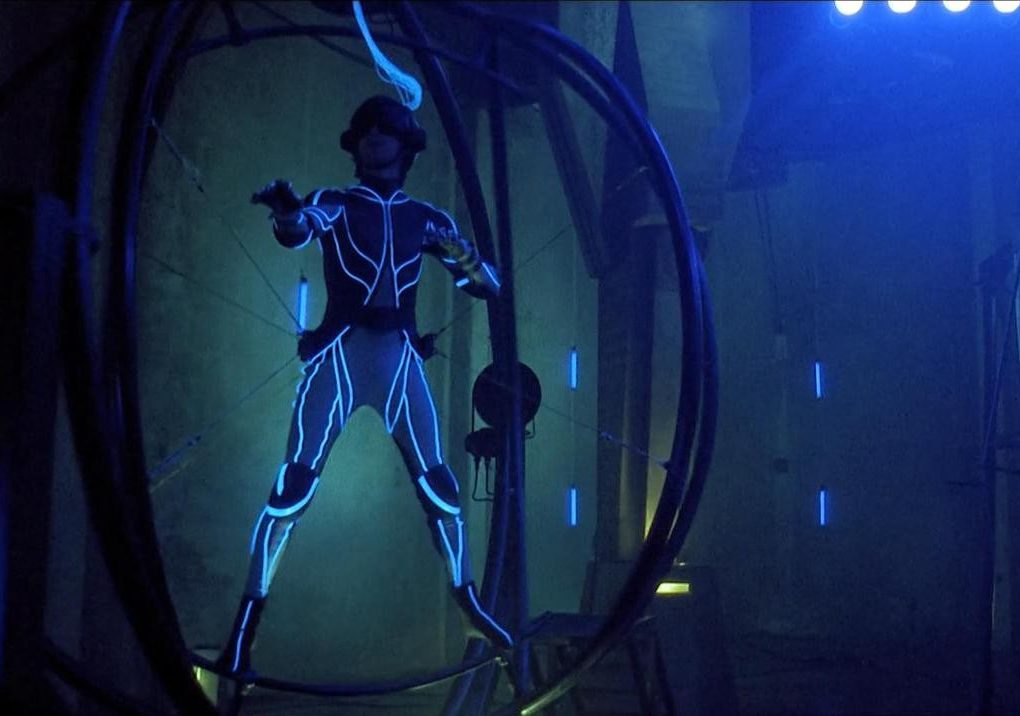 Although The Lawnmower Man has long been mocked for its dated FX and absurd plot, the film has also garnered a strong cult following, and has been celebrated in popular music. Influential dance act The Prodigy sampled dialogue from the film (the line “I’ve decided to take my work back underground”) in the intro to their album Music for the Jilted Generation.

Another dance artist, Phace, sampled dialogue from The Lawnmower Man on their track Brainwave. 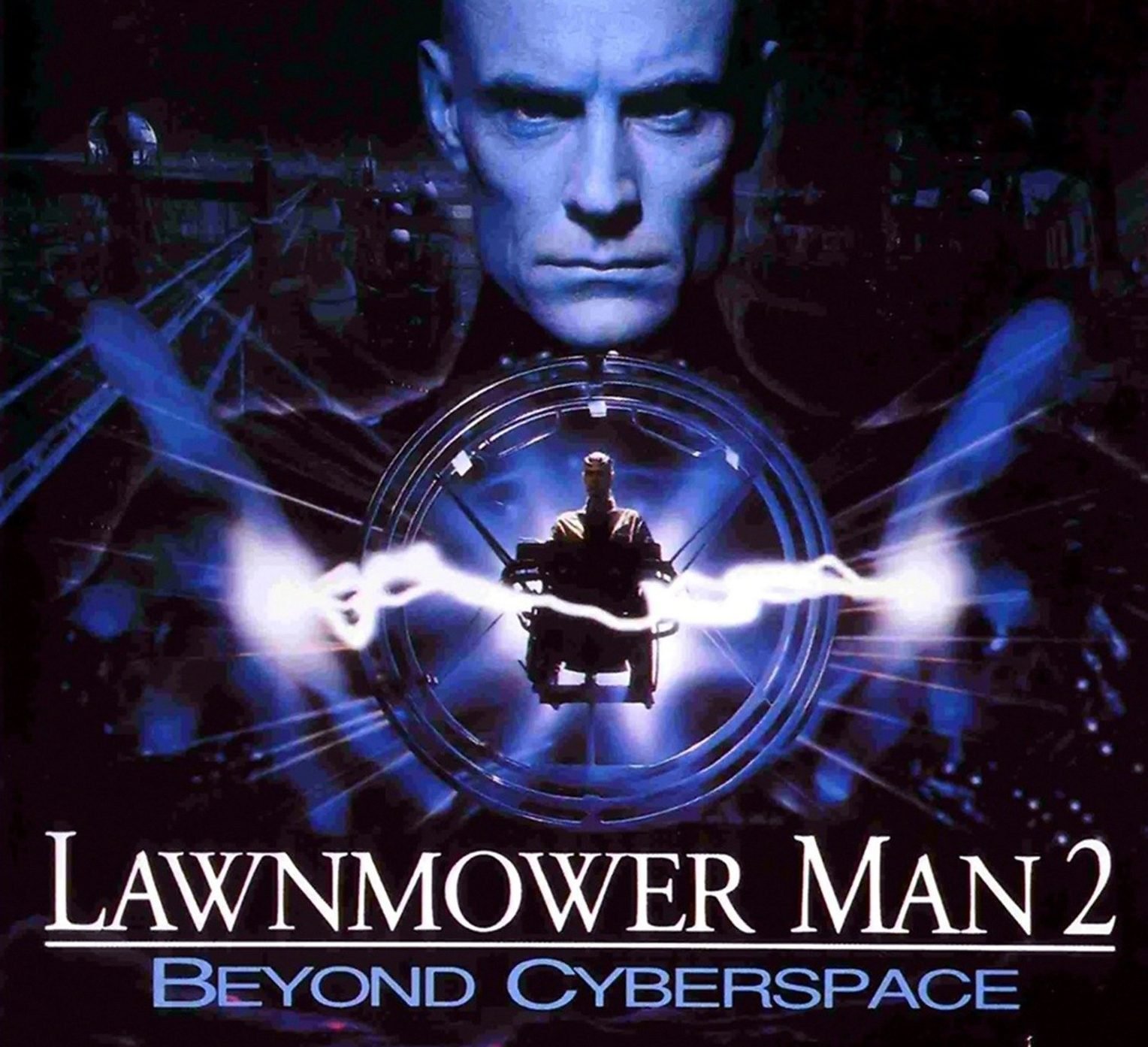 1996 saw the release of Lawnmower Man 2: Beyond Cyberspace, in which the only cast member from the original to return was Austin O’Brien. Pierce Brosnan was approached, but was unavailable because of his work on GoldenEye.

By contrast to its predecessor, Lawnmower Man 2 bombed at the box office, taking a mere $2 million. The reviews were awful too.