10 Things You probably Never Knew About Mac And Me!

Mac and Me was a kids’ film released in the late 80s to try and capitalise on the massive success of Steven Spielberg’s E.T The Extra-Terrestrial.

The film followed the adventures of Eric Cruise, who discovers a young/baby alien creature and befriends him with the help of his new friend Debbie (Lauren Stanley). Eric desperately tries to convince his family of the alien’s existence, and is eventually believed by his brother Michael (Jonathan Ward).

Mac and Me was nowhere near the same calibre of E.T The Extra-Terrestrial, and has certainly not aged as well as Spielberg’s masterpiece, but let’s take a look back at this unusual movie with some facts about Mac and Me you may not have known… 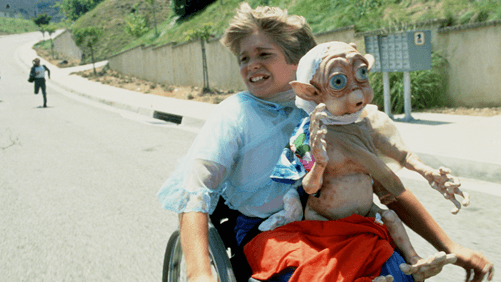 The star of Mac and Me, Jade Calegory, was and is a wheelchair user in real life, as he has spina bifida. Now 45, Calegory lives in Chandler, Arizona as an artist and photographer. Born and raised in Dana Point, California, Calegory was notable in 80s cinema for being a disabled actor who played disabled characters.

In honour of his Mac and Me performance, at the 1989 Young Actor Awards Calegory was nominated for Best Young Actor in a Motion Picture (Comedy or Fantasy). However, he missed out on the prize – the tied winners that year were in fact Corey Feldman and Corey Haim, for their roles in License to Drive.

After following up Mac and Me with appearances in the TV show Kids Incorporated and the 1989 TV movie Alien Nation, Calegory left acting behind entirely, making Mac and Me his only feature film role.

9. Paul Rudd performed a Mac and Me prank on Conan O’Brien for over 20 years

Ant-Man star Paul Rudd has a particular fondness for Mac and Me. The actor has recalled first seeing the film on TV when he was a child, and has jokingly called its offbeat antics and editing “the greatest thing I’ve ever seen.”

For over 20 years, Rudd would appear on Late Night with Conan O’Brien to promote his upcoming projects; but among his new movie clips, Rudd would always include the scene from Mac and Me where Eric rolls off a cliff and into a lake.

This prank persisted for made than two decades, much to Conan’s ire and Rudd’s amusement.

8. McDonald’s was heavily involved in the film’s production 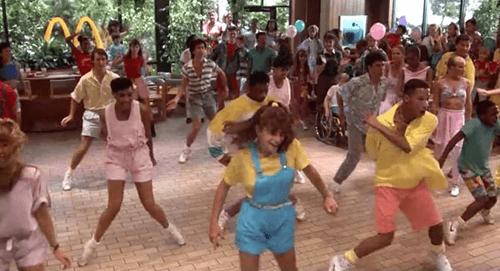 While Mac and Me producer R. J. Louis denies that McDonald’s funded the film, he did secure funding from Golden State Foods, a food service company that primarily supplies McDonald’s. There are countless references to the fast food chain in the film, and McDonald’s mascot Ronald McDonald even appears in the film (Ronald also presented the film’s theatrical trailer).

Along with McDonald’s, Skittles, Coca-Cola and Sears branding and products also crop up throughout Mac’s adventures. Its aggressive product placement is one of the reasons Mac and Me is often named among the worst films of all time.

Mac and Me’s McDonald’s scenes were filmed inside a McDonald’s built just for training staff and filming commercials. The inside was fully functional, but no real customers were ever served there.

7. The film was was 19-year-old Jennifer Aniston’s film debut 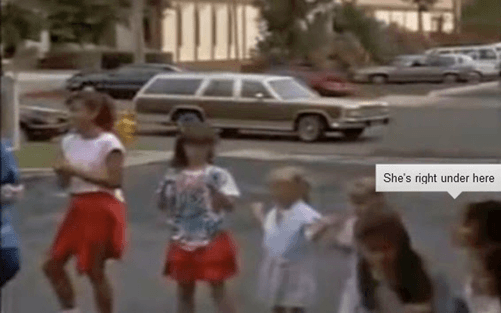 Mac and Me was the official feature film debut for Jennifer Aniston, who makes a blink-and-you’ll-miss-her cameo in the movie. Aged 19 when the film came out, Aniston features as one of many uncredited extras in a dance sequence set at McDonalds.

6. Mac was called Mac for a reason 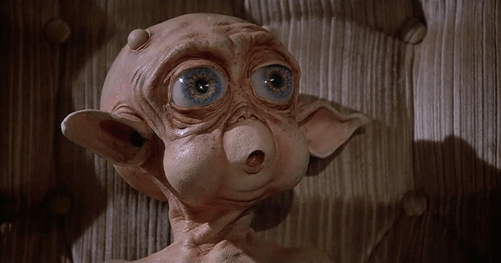 It wasn’t a random name given to the alien that visited Earth, Mac was so called as it was an acronym standing for ‘Mysterious Alien Creature’! But it also bears a suspicious resemblance to one of the movie’s biggest product placements, McDonalds.

5. Kim Basinger and Anjelica Huston were both offered roles in the movie 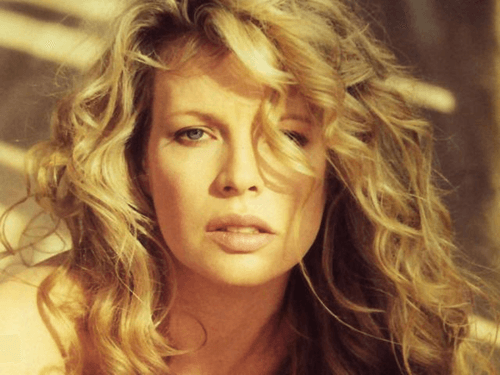 The main female lead in Mac and Me was offered to both Kim Basinger and Anjelica Huston, but both of these big-name stars declined to appear in the film.

4. One costume change has fans baffled 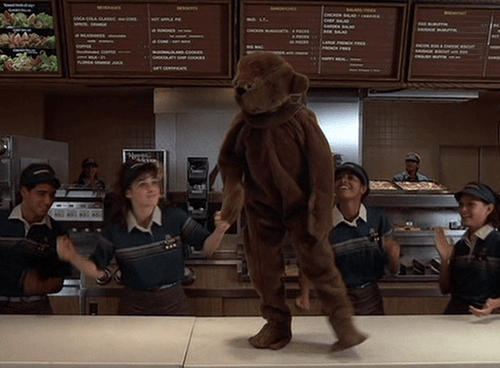 During the film, Eric gets Mac dressed up in a teddy bear costume and many fans have been left wondering why Eric would randomly have a teddy bear “skin” lying around! 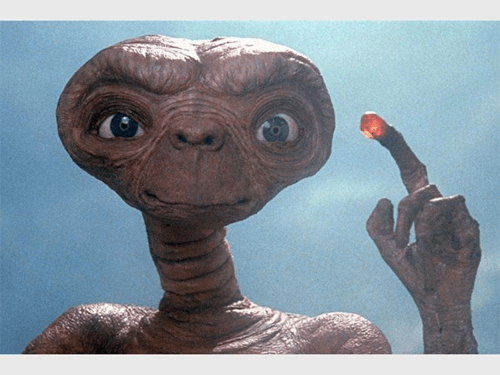 Many reviewers saw far too many similarities between Mac and Me and E.T The Extra Terrestrial, with comments such as “E.T Call Lawyer” being used in their reviews!

Mac and Me is often regarded as one of the worst films ever made, and was listed by the Razzies as one of the 100 most amusingly bad movies of all time!

At the end of the film, we see a message saying “We’ll be back!” as a sequel was planned when producers thought they were on to a sure-fire hit… the film flopped massively and a sequel was shelved indefinitely.

Are you a fan of Mac and Me? Do you think it has been harshly judged, or do you agree that it’s really not a good film? Have you seen it recently and how does it stand up on repeat viewing? Let us know all your thoughts in the comments as always!