Mannequin was a classic 80s rom-com starring Brat Pack member Andrew McCarthy as Jonathan Switcher and Sex and the City star Kim Cattrall as the leading lady Ema “Emmy” Hesire. Although it was savaged by movie critics, Mannequin actually made a healthy profit at the box office – people clearly enjoyed the story of Jonathan, an aspiring artist who falls in love with his mannequin muse Emmy. 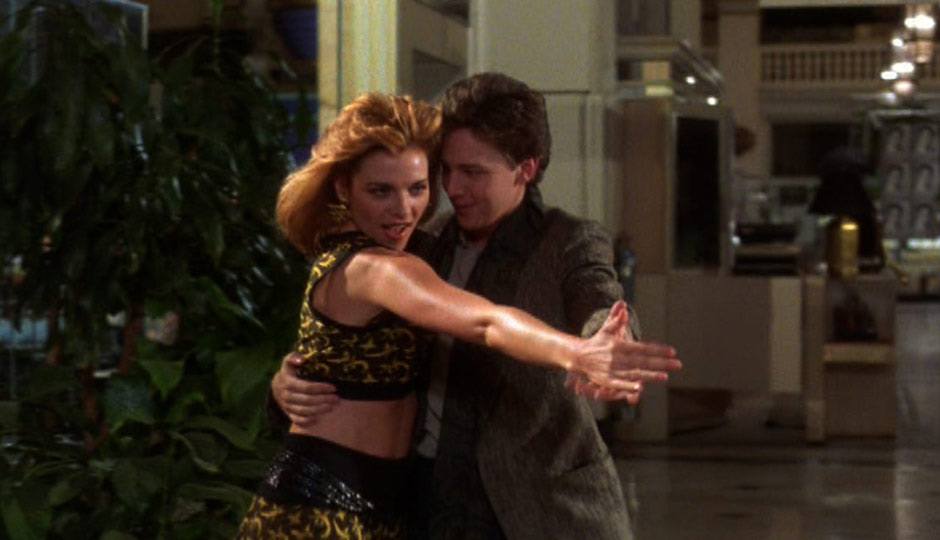 Yep, although the plot was slightly bizarre, Mannequin was still a popular light-hearted rom-com that is fondly remembered today. In the article below, we’ve taken a look at 12 fascinating facts you probably didn’t know about the movie. Enjoy!

1. The movie was based on a real-life “event”

When Michael Gottlieb was walking by a shop window, little did he know it would be the inspiration for a film he would go on to direct! As he passed the shop window, the optical illusion caused by the sunlight shining on the window caused it to look like the mannequin on the other side of the window was moving! And thus the idea for Mannequin was born! 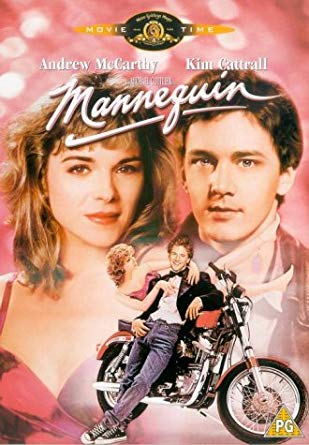 The title of the film is very catchy, just one word that sums it up nicely, Mannequin. However, the film was almost titled “Perfect Timing”. Which do you prefer as a title to this film?

3. It almost starred a British great!

The film was originally meant to have been about an older character who was a lonely storekeeper, and the producers wanted the great British actor, Dudley Moore, to star in the lead role. However, when Andrew McCarthy came on board in the lead role, it was re-written as a young artist.

4. One of the lead actors thought it would be a massive flop

G.W. Bailey said about the movie, “We didn’t think it would ever be released. It was beyond silliness. We’d do outrageous double takes over the lines and say that we hadn’t done this kind of stuff since high school. And the director would say, ‘More. More. You’re going in the right direction with it.'” He couldn’t believe that the director only said going in the right direction! The critics ended up panning the movie but audiences loved it and it became a bit of a hit to everyone but the director’s surprise!

5. Jonathan’s motorcycle is an American classic 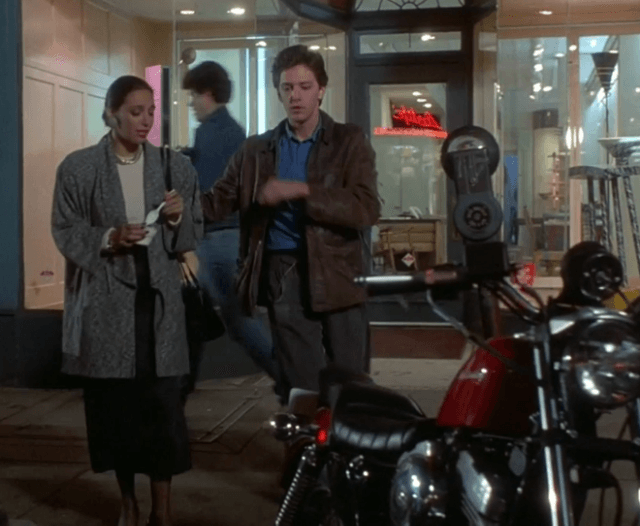 The motorcycle that is seen frequently in the movie and on the movie poster is nothing other than a classic bike of the era, a Harley Davidson XLH 883 (Sportster) – what a bike!

6. The film reunited two of the cast members 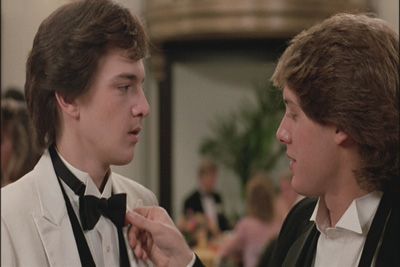 This also wasn’t the only film that brought actors James Spader and Andrew McCarthy together. The pair also starred opposite each other in Pretty in Pink and Less Than Zero just a few years apart.

8. One supposed “plot hole” isn’t actually a plot hole at all In one scene, Roxie and Armand are seen coming up the escalator to take photos of Jonathan and his “Mannequin”, but there is a clear sign saying that this is the down escalator! Plot hole? No. The store is closed, the power is off, so the pair would have simply walked up a non-moving escalator.

9. It was filmed in a real department store The scenes set in the Prince & Company Department Store were filmed in the real store, John Wannamaker’s. The store is now Macy’s which is in Philadelphia, Pennsylvania.

10. It was also filmed in another real department store 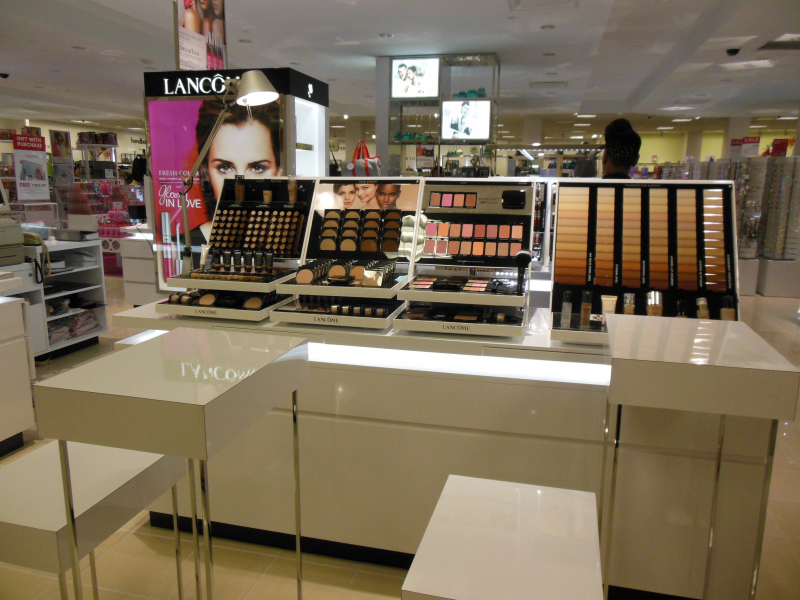 The scenes set around the “Illustra” brand were also filmed in a real department store, Boscov’s. Boscov’s is very easy to recognise with its neon department signs on the walls and square chandeliers on the ceilings.

11. The film had an uncredited rewrite 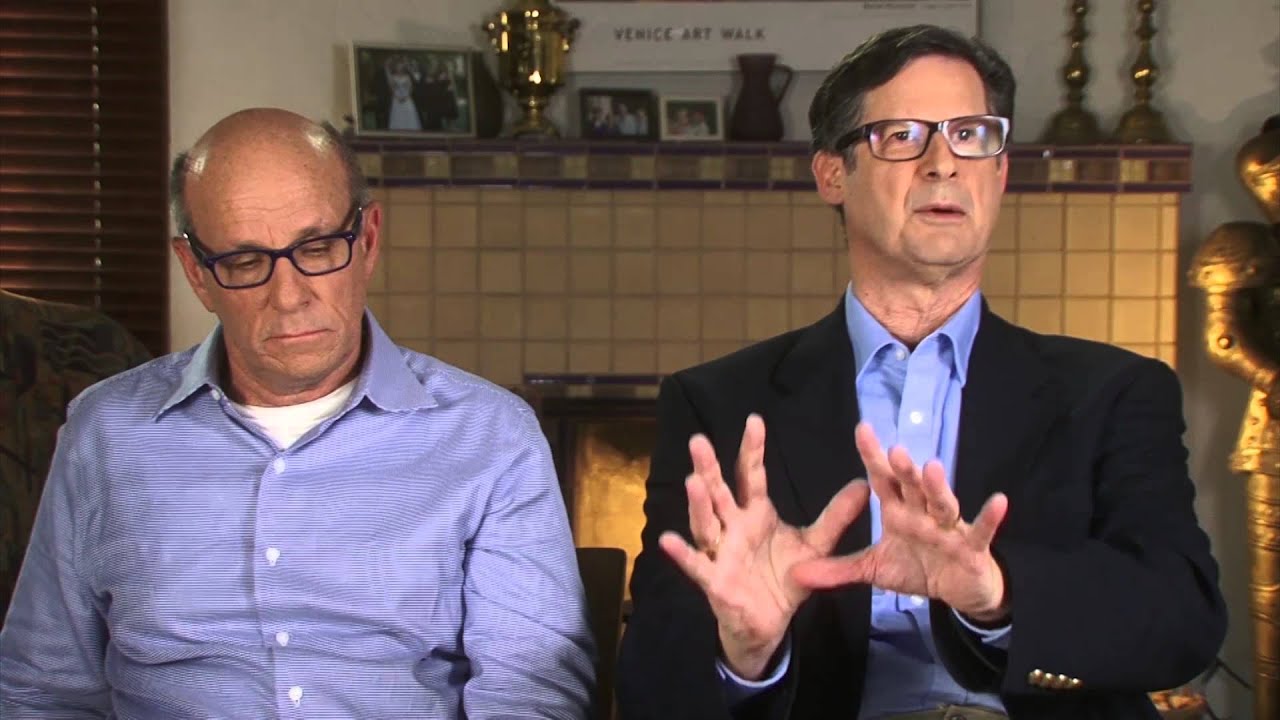 The original final draft of the film was not quite perfect and so the producers and director drafted in some help from David Isaacs and Ken Levine who did a rewrite of the film. They were uncredited on this, but did get credited when they went on to rewrite Mannequin: On The Move in 1991.

12. Two of the film’s stars would be reunited for Sex in the City 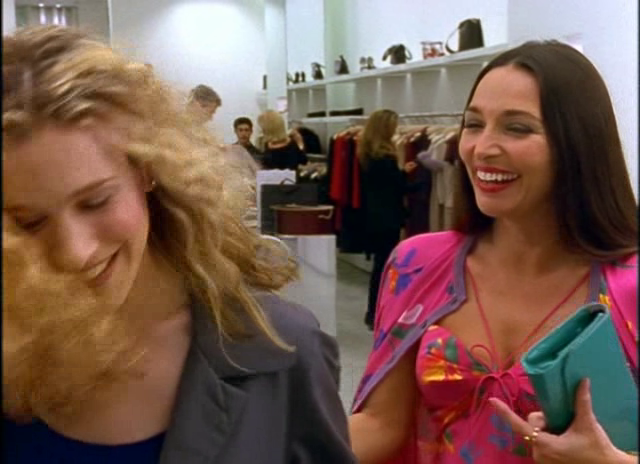