Despite the fact that it will always be remembered as ‘the movie with the sexy pottery scene’, Ghost is actually really, really good. Released in 1990 and directed by Jerry Zucker, it tells the story of a murdered man (played by the late Patrick Swayze) revisiting his lover (Demi Moore) as a ghost, as well as the Psychic (Whoopi Goldberg) who goes out of her way to assist them. Below are 12 things you might not have realised about this brilliant movie!

1. Bruce Willis Could Have Starred Alongside His Wife 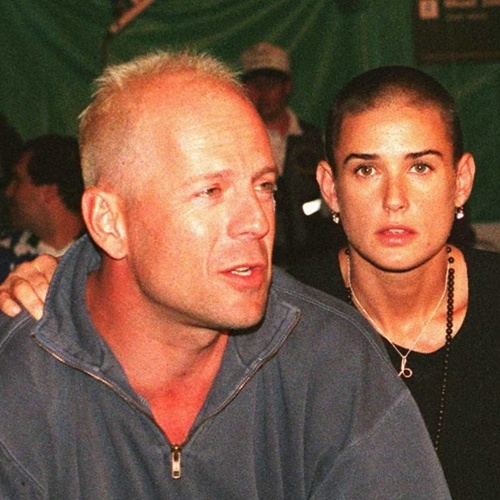 Bruce Willis (Demi Moore’s husband at the time) was offered the role of Sam Wheat, but he wasn’t convinced that the film would work so turned it down.

Apparently Willis didn’t want to play a character that was dead for the majority of a film, but has since admitted he was crazy for turning it down.

And in addition to that [spoiler alert!] he of course played a ghost 8 years later in The Sixth Sense!

2. Demi Moore Could Cry On Demand 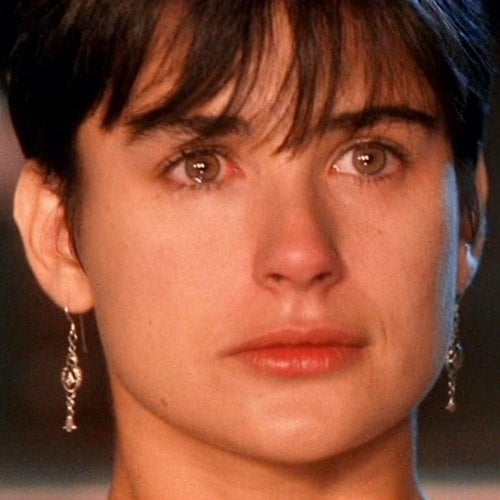 When auditioningm Demi Moore impressed everyone with her amazing ability to produce tears on demand, which is a good trick to have up your sleeve, even if you’re already an amazing actor!

And believe it or not, not only could she produce tears whenever she wanted, but she was also able choose which eye to produce the tears from!

3. Swayze Also Had To Cry To Get The Part 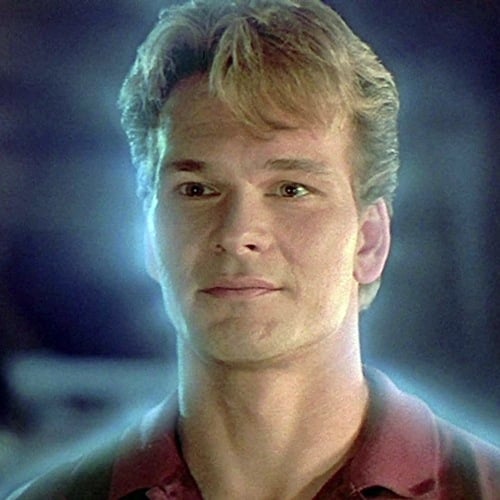 Producers weren’t sure about offering the role of Sam to Patrick Swayze, because, despite the fact he had already starred in the incredibly successful Dirty Dancing, he was still seen by some as being an action star rather than a romantic lead.

However, this all changed when producers saw Swayze crying during an interview whilst talking about his dad who had recently died.

4. Moore Had A Boy’s Haircut 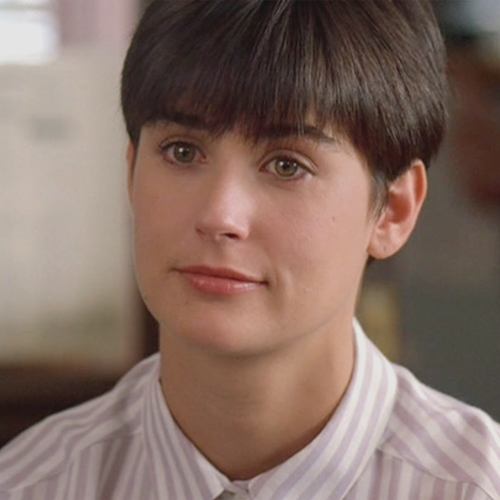 Whilst we’d never claim that Demi Moore was anything other than absolutely gorgeous in her role as Molly Jensen, there’s not doubt that her hair was slightly out of the ordinary.

Moore’s haircut actually became known as a ‘boy cut’, and it was designed by Manhattan hair stylist John Sahag. Apparently she auditioned with long hair and had it cut short without checking with filmmakers!

5. The Dark Shadows Were Voiced By Babies 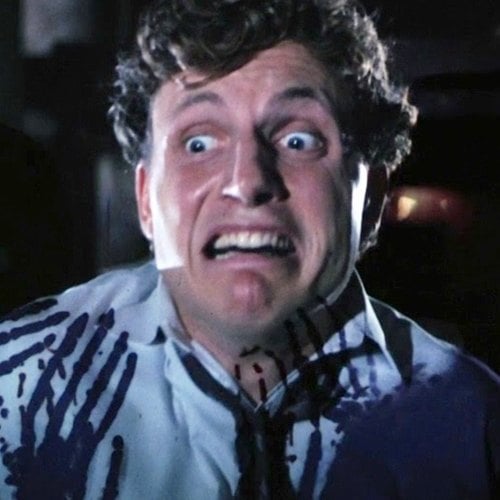 Remember the scary ‘Dark Shadows’ that would drag ghosts away into the netherworld?

Their extremely creepy sound effect was made by reversing and slowing down recordings of babies crying.

6. Many Believe We Should Have Seen Moore Kissing Goldberg 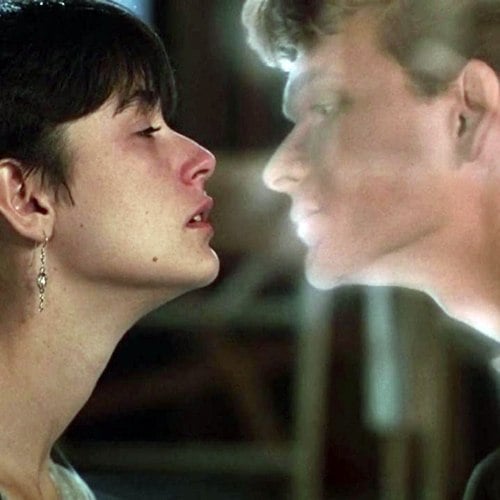 Ghost contains a moving scene where Sam’s ghost overtakes Oda Mae’s body in order to caress Molly, and many thought that we should have seen Whoopi Goldberg rather than Patrick Swayze kissing Demi Moore.

Film critic Roger Ebert was one of those who led their weight to that argument, writing “in strict logic, this [scene] should involve us seeing Goldberg kissing Moore, but of course the movie compromises and shows us Swayze holding her. Too bad, because the logical version would actually have been more spiritual and moving.”

7. Some Cinemas In Mexico Provided Tissues 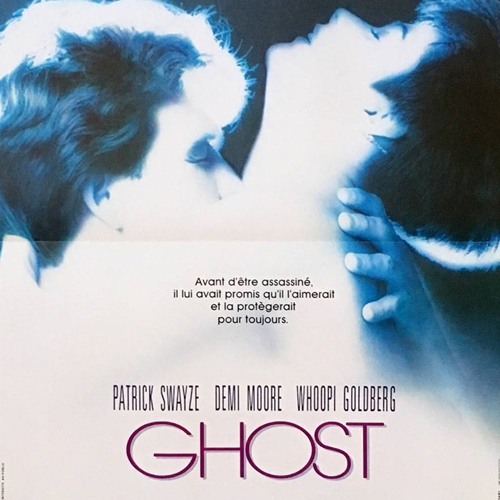 Some cinemas in Mexico handed out envelopes full of tissues that had ‘solo para mujeres’ (‘for women only’) written on them.

To us that seems rather sexist, as we bet there were also plenty of men shedding a tear during the ending of this movie!

8. It Made Alot Of Money 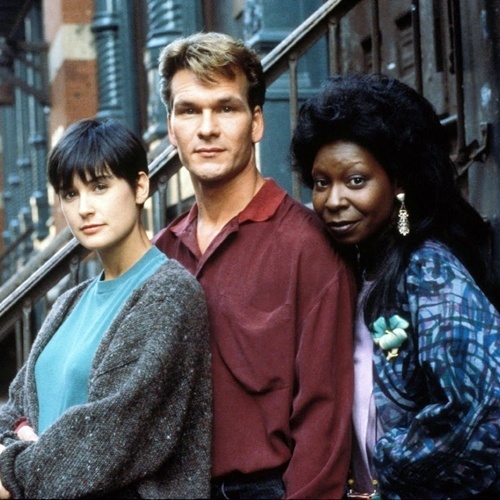 Not only did it receive positive reviews from critics, but Ghost was also a massive box office success, making over $500 million whilst only having a budget of $22 million. 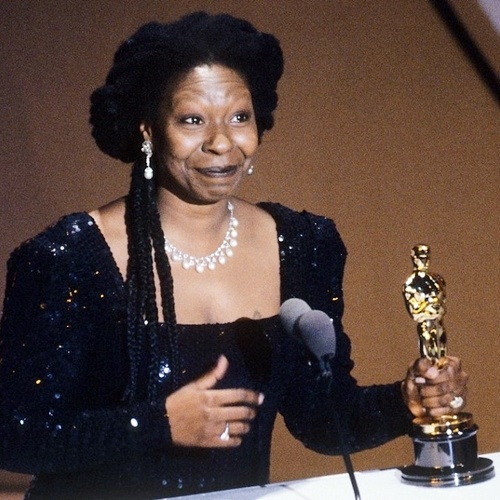 Did you know that Ghost won 2 Oscars at the 63rd annual Academy Awards?

10. It Features One Of The Most Parodied Scenes In Cinema History 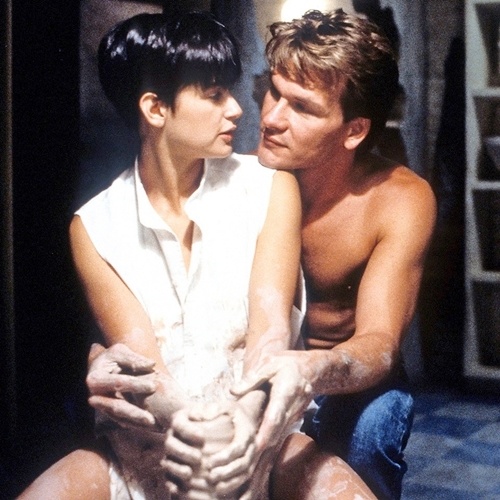 Ghost contains one of the most parodied scenes of all time, it of course being the one involving Moore, Swayze, a pottery wheel and a certain song by the Righteous Brothers.

Famous examples of this scene being remade for comic effect are seen in Naked Gun 2½, Two and a Half Men, Family Guy, The Penguins of Madagascar, Futurama and Wallace and Gromit.

11. There Have Been A Number Of Remakes Across The World 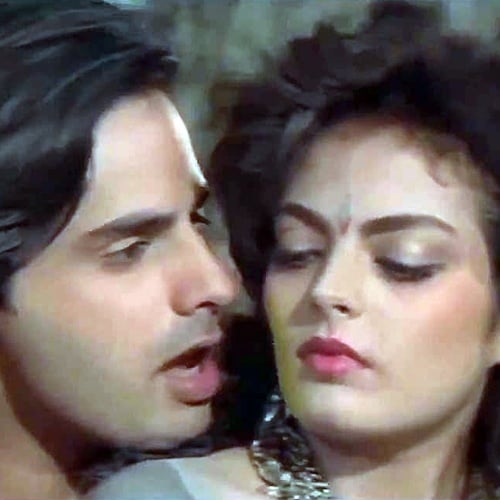 The film has been remade in a number of different countries, including Ghost: In Your Arms Again in Japan, in which the ghost is a woman rather than a man.

A Bollywood remake was also released 1991, only a year after the original. It was called Pyaar Ka Saaya, which translates as ‘The Shadow of Love’, and it starred Rahul Roy. 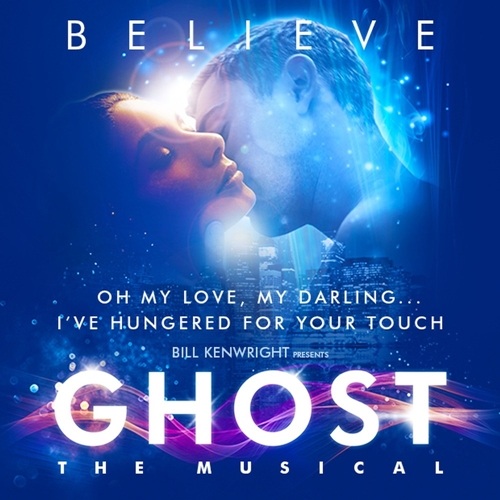 Ghost the Musical had its world premiere in Manchester in 2011 before moving to London. It was also shown on Broadway in 2012, but only for a short time.

Sadly that’s all for now. Be sure to share this post with your friends and family, so they too can find out more about this brilliant movie from the early 90s!