Paul David Hewson, most commonly known as Bono, is of course the singer-songwriter of legendary Irish rock band U2, but he has also made waves as a businessman and a philanthropist. Below are 12 things you might not have realised about this bespectacled rock legend…

1. He Was Part Of A Street Gang In Ireland

Whilst growing up, Bono and his friends were part of an Irish street gang called ‘Lypton Village’. 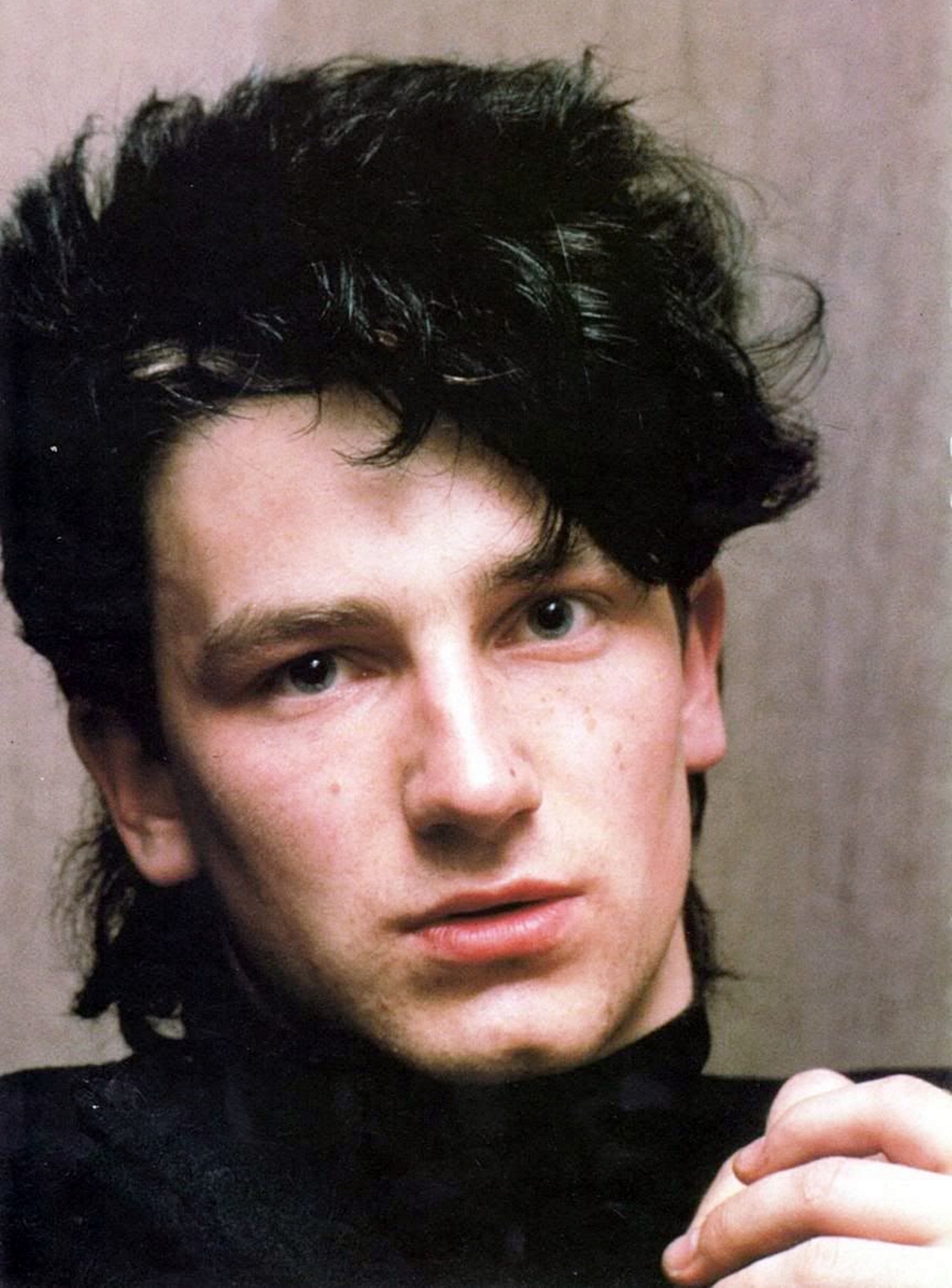 2. The Street Gang Gave Him His Name

The street gang Bono was a member of used to give each-other names, and eventually settled on ‘Bono’ for him, shortened from ‘Bono Vox’, a Latin phrase that means ‘good voice’. Prior to this he was known as ’Steinhegvanhuysenolegbangbangbang’, ‘Huyseman’, ‘Houseman’, and ‘Bon Murray’! 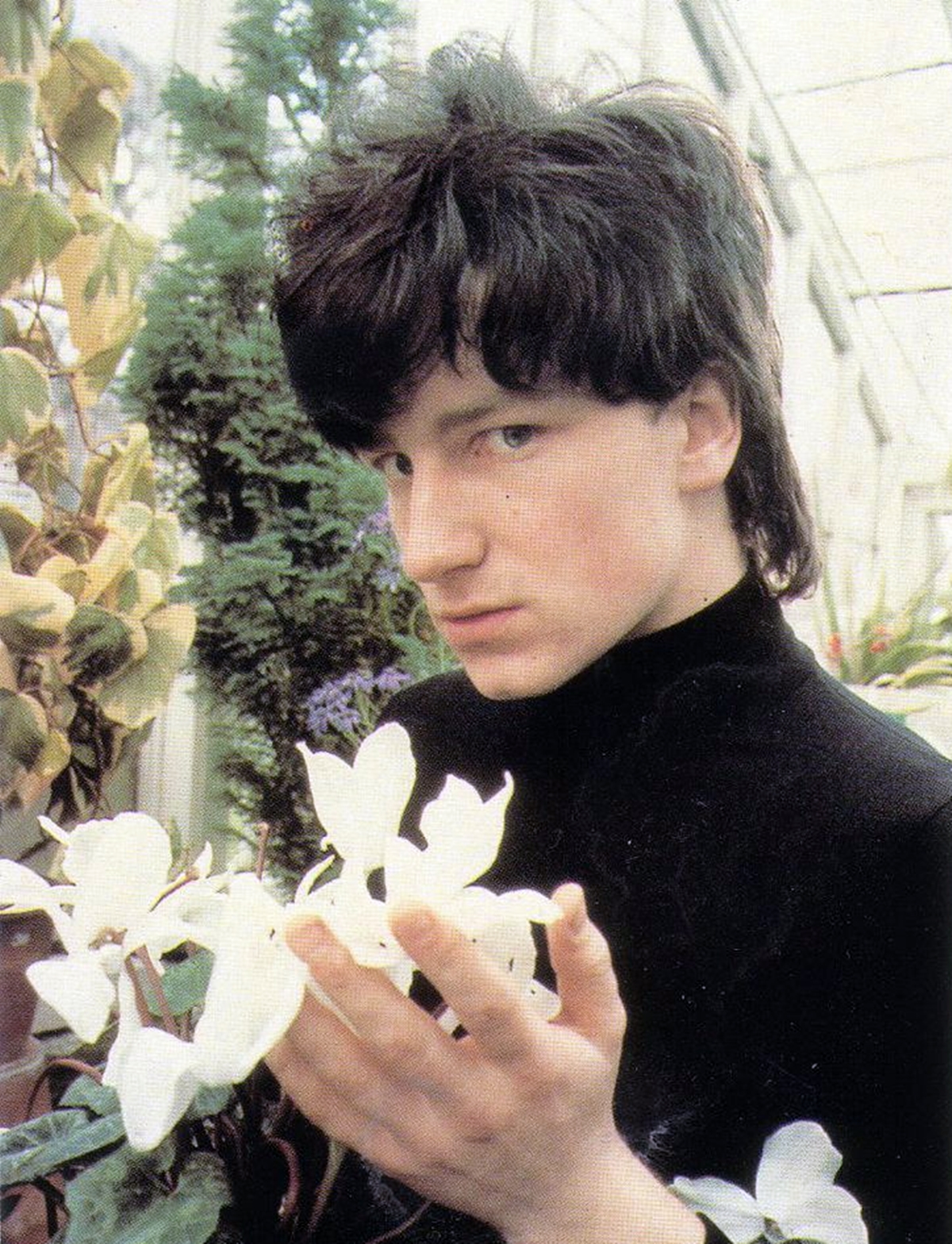 3. He Wrote Many Songs About His Late Mother

Bono’s mother died in 1974 after suffering a cerebral aneurysm at her father’s funeral. Many U2 songs, including ‘I Will Follow’, ‘Mofo’, ‘Out of Control’, ‘Lemon’ and ‘Tomorrow’, are about this loss. 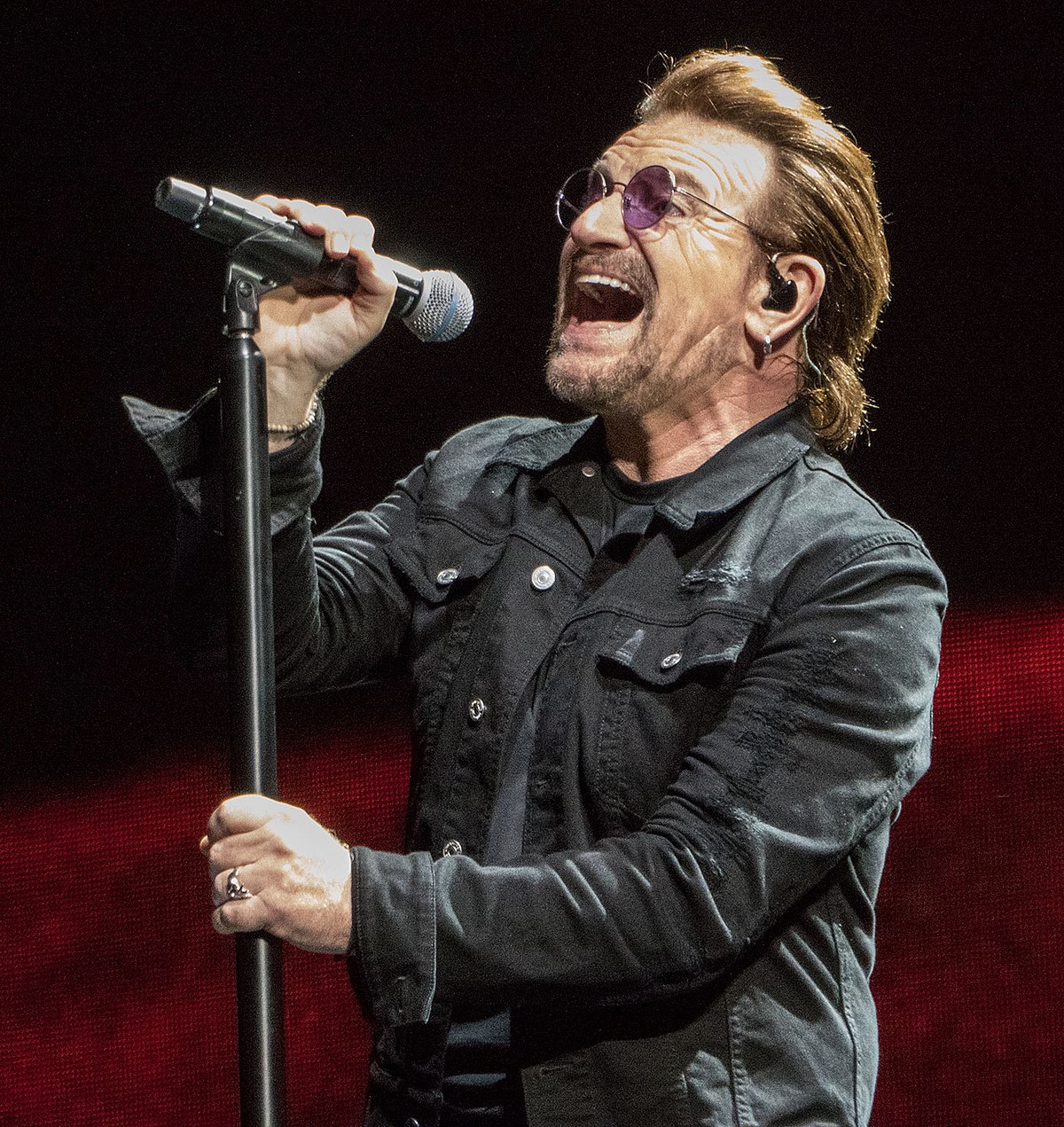 4. He Always Wears Sunglasses For A Reason

Bono is rarely ever seen without sunglasses, as he suffers from glaucoma. He has been quoted as saying “I have very sensitive eyes to light. If somebody takes my photograph, I will see the flash for the rest of the day. My right eye swells up. I’ve a blockage there, so that my eyes go red a lot. So it’s part vanity, it’s part privacy and part sensitivity.” 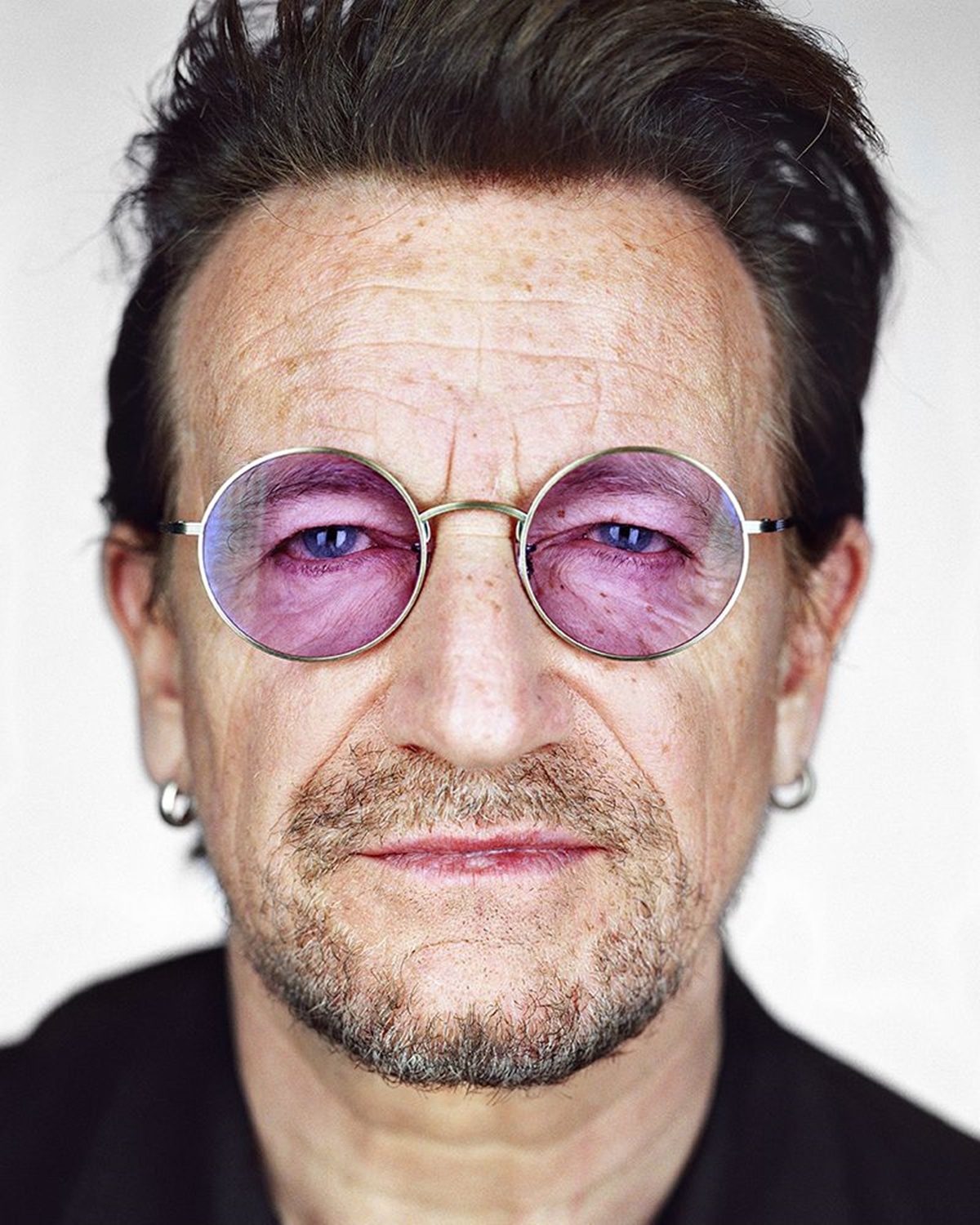 5. The IRA Threatened To Kidnap Him

In response to his speech condemning the Enniskillen bombing in 1987, which left left 11 dead and 63 injured, Provisional IRA paramilitaries threatened to kidnap Bono, and IRA supporters also attacked a vehicle carrying the U2 band members. 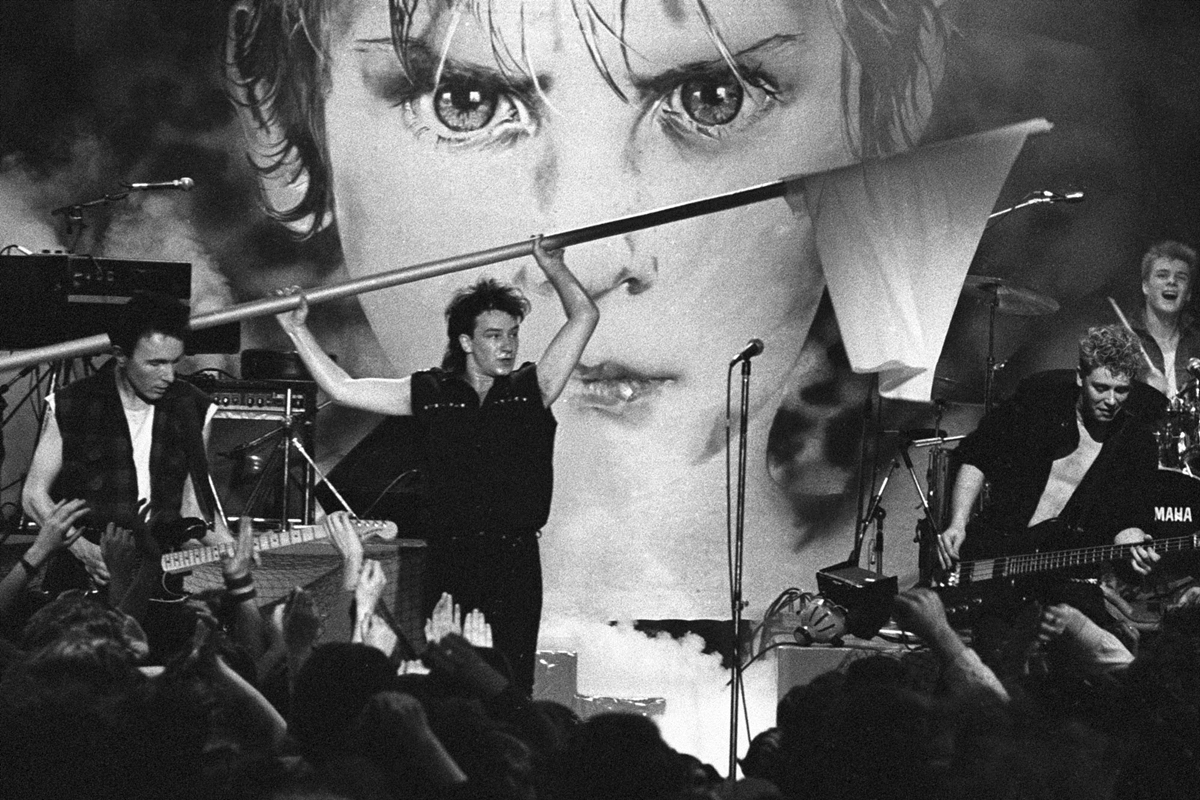 6. He Had A Serious Bike Accident

In 2014, Bono was involved in a bicycle accident, causing a number of fractures which required five hours of surgery. Orthopedic trauma surgeon Dean Lorich was quoted as saying that Bono “was taken urgently to the operating room where the elbow was washed out and debrided, a nerve trapped in the break was moved and the bone was repaired with three metal plates and 18 screws.” 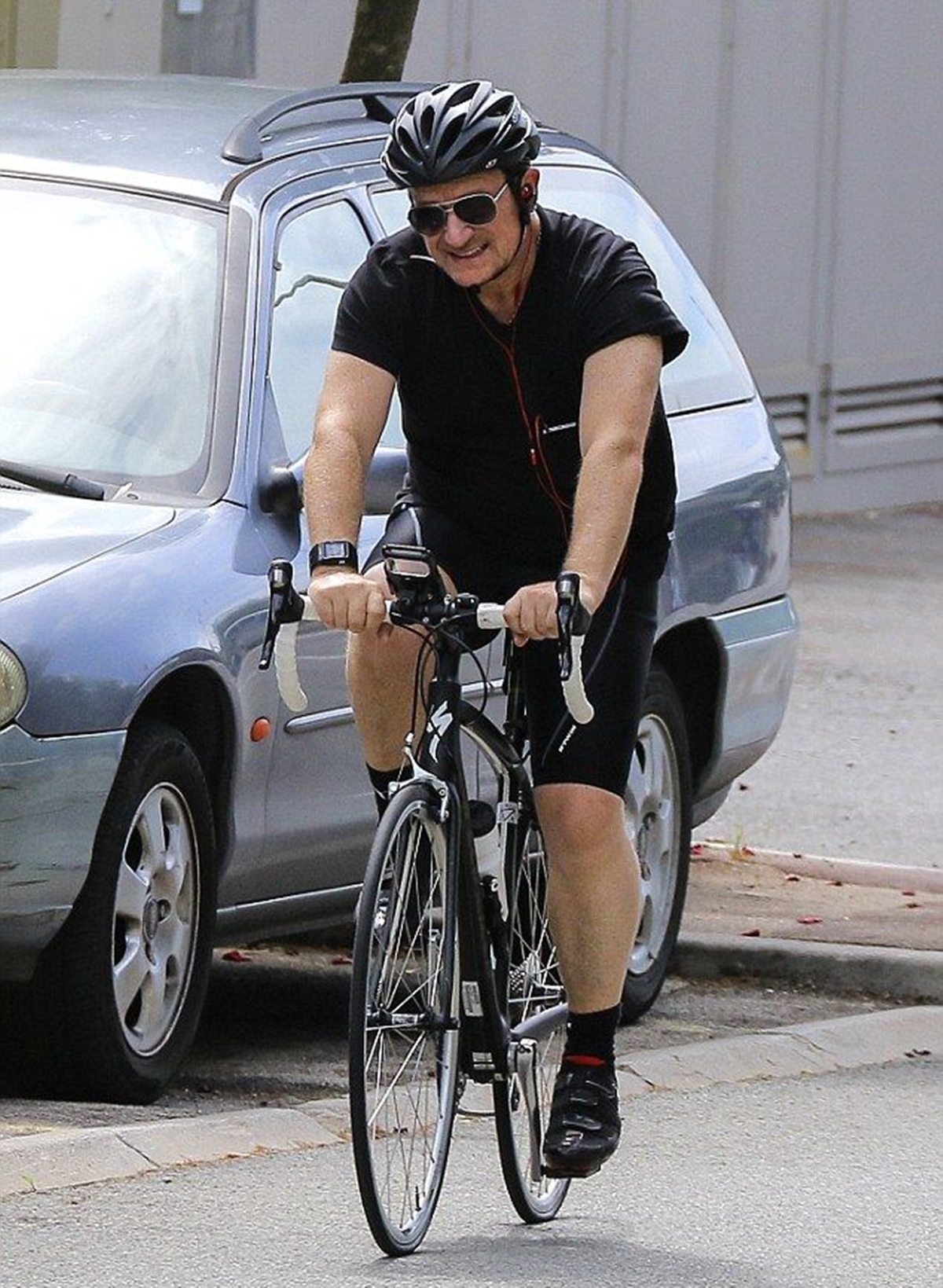 7. He Has Collaborated With A Number Of Different Artists 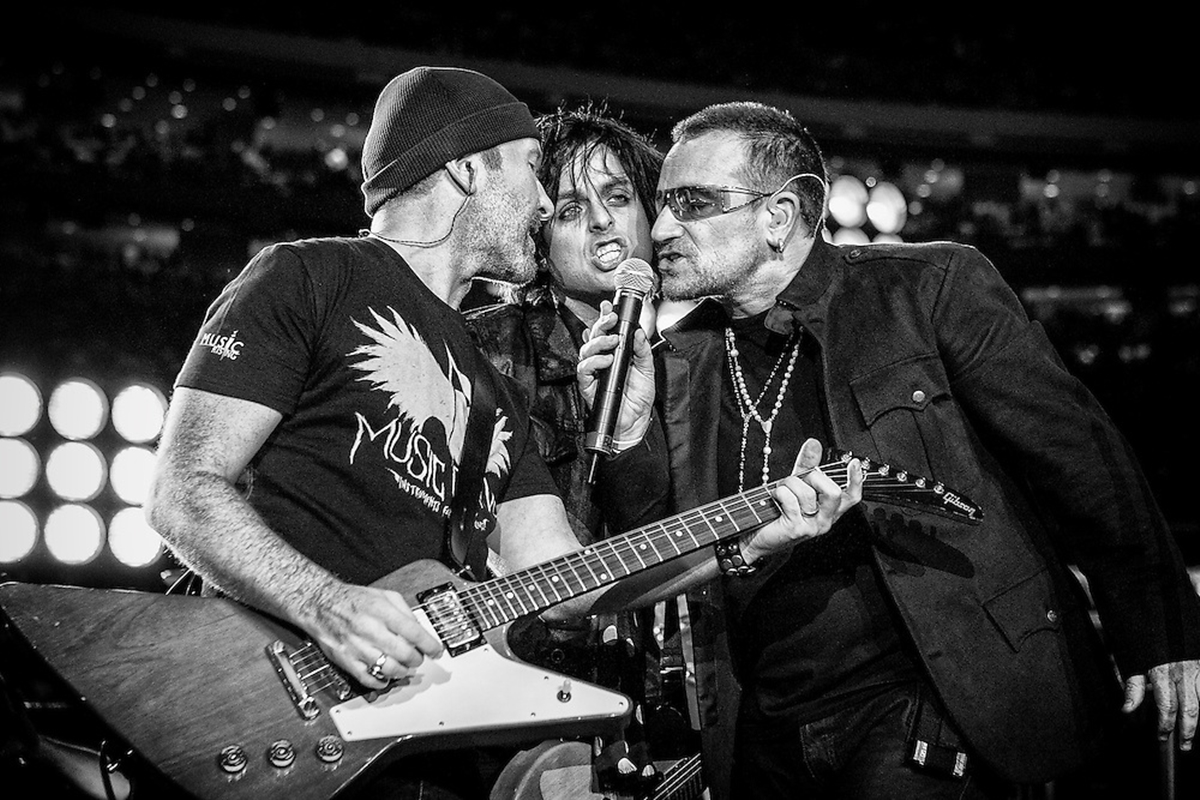 8. He Has Four Children 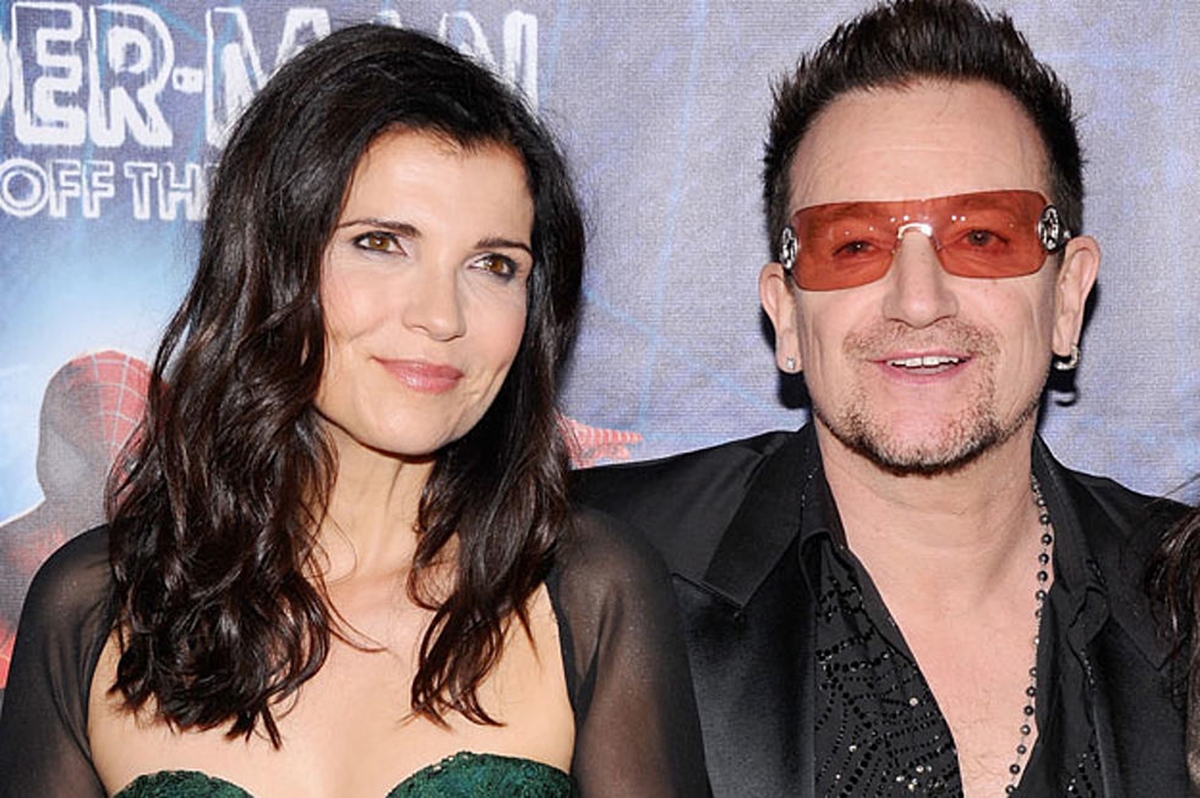 9. He Helped Start A Number Of Social Justice Campaigns

Bono is of course well known for his activism in areas of social justice, especially in Africa, where he co-founded DATA, EDUN, the ONE Campaign, and Product Red. 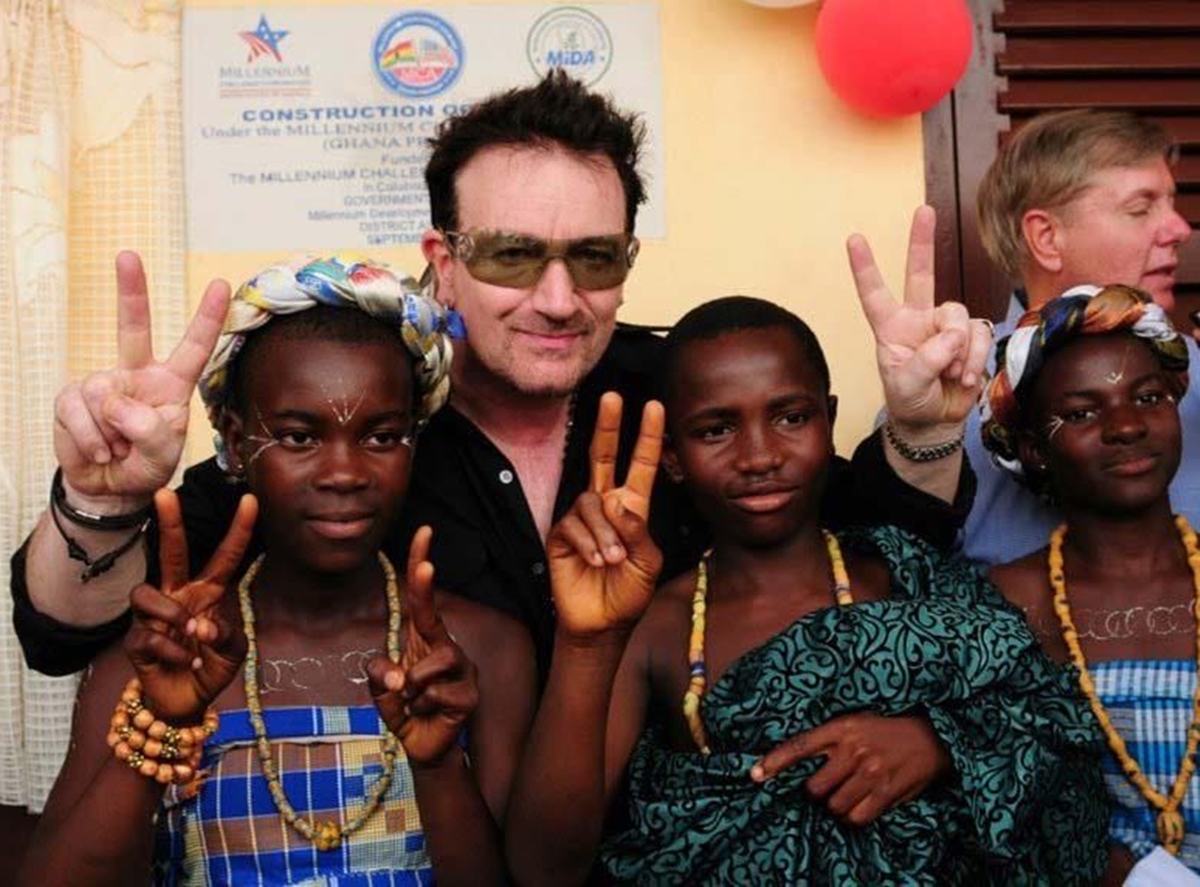 10. He Was Inspired By Live Aid

Bono’s interest in the area of social justice began when, inspired by Live Aid, he travelled to Ethiopia with the charity World Vision to work in a feeding camp along with his wife. 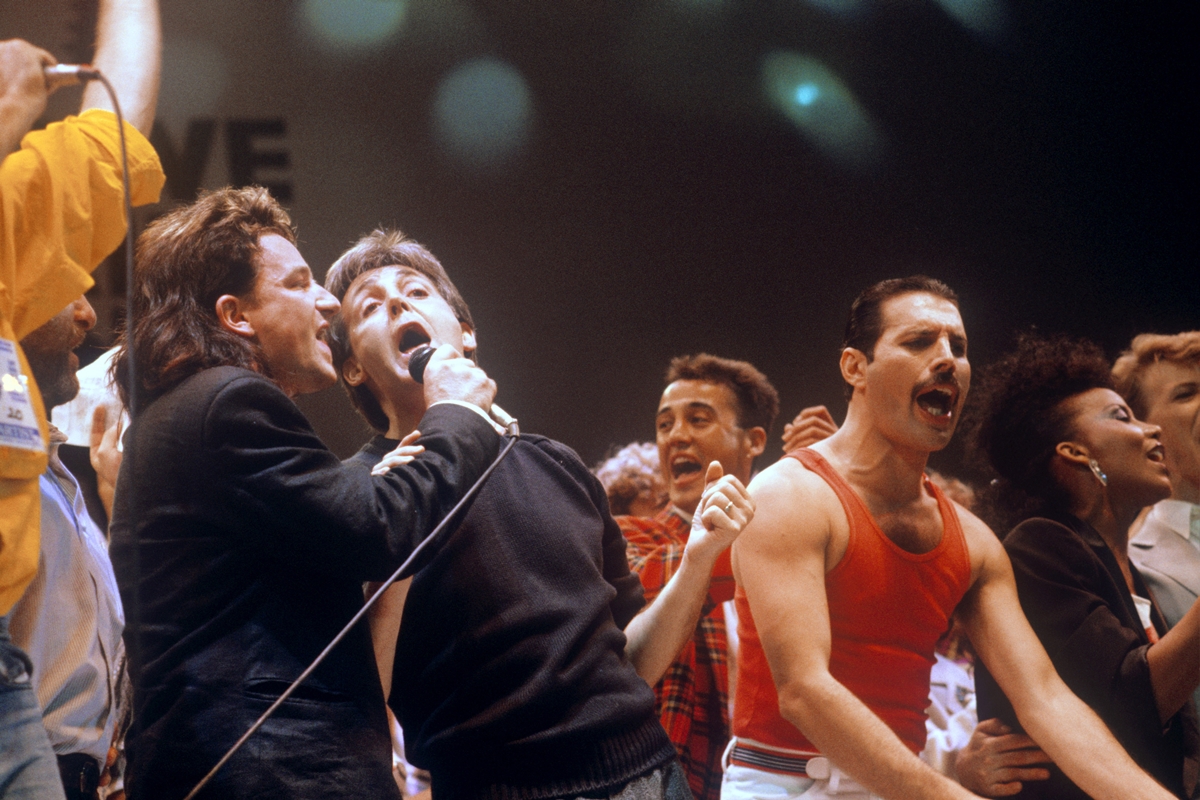 11. He Has Won A Multitude Of Awards

Bono has won many awards with U2, including 22 Grammys and the 2003 Golden Globe award for best original song, (‘The Hands That Built America’ from the film ‘Gangs of New York’). 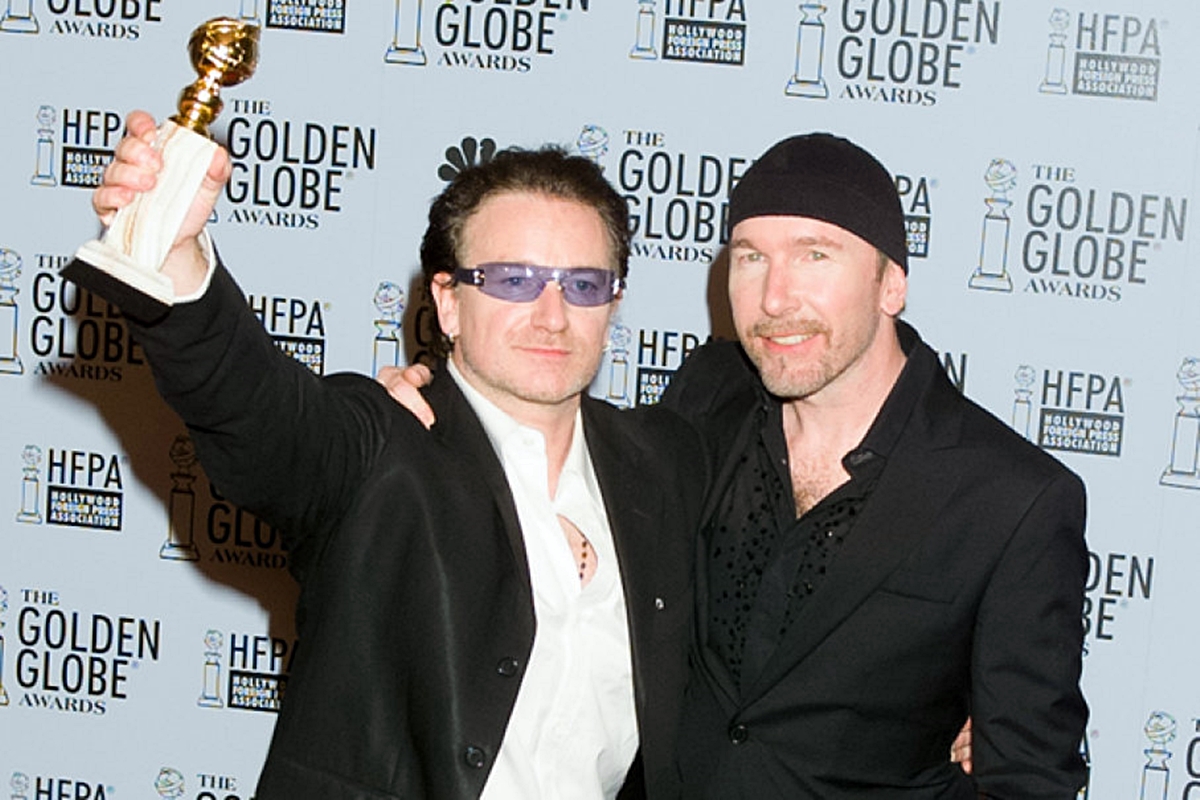 12. He Has Been Knighted

In 2007 Bono was named in the UK New Years Honours List as ‘an honorary Knight Commander of the Order of the British Empire’. 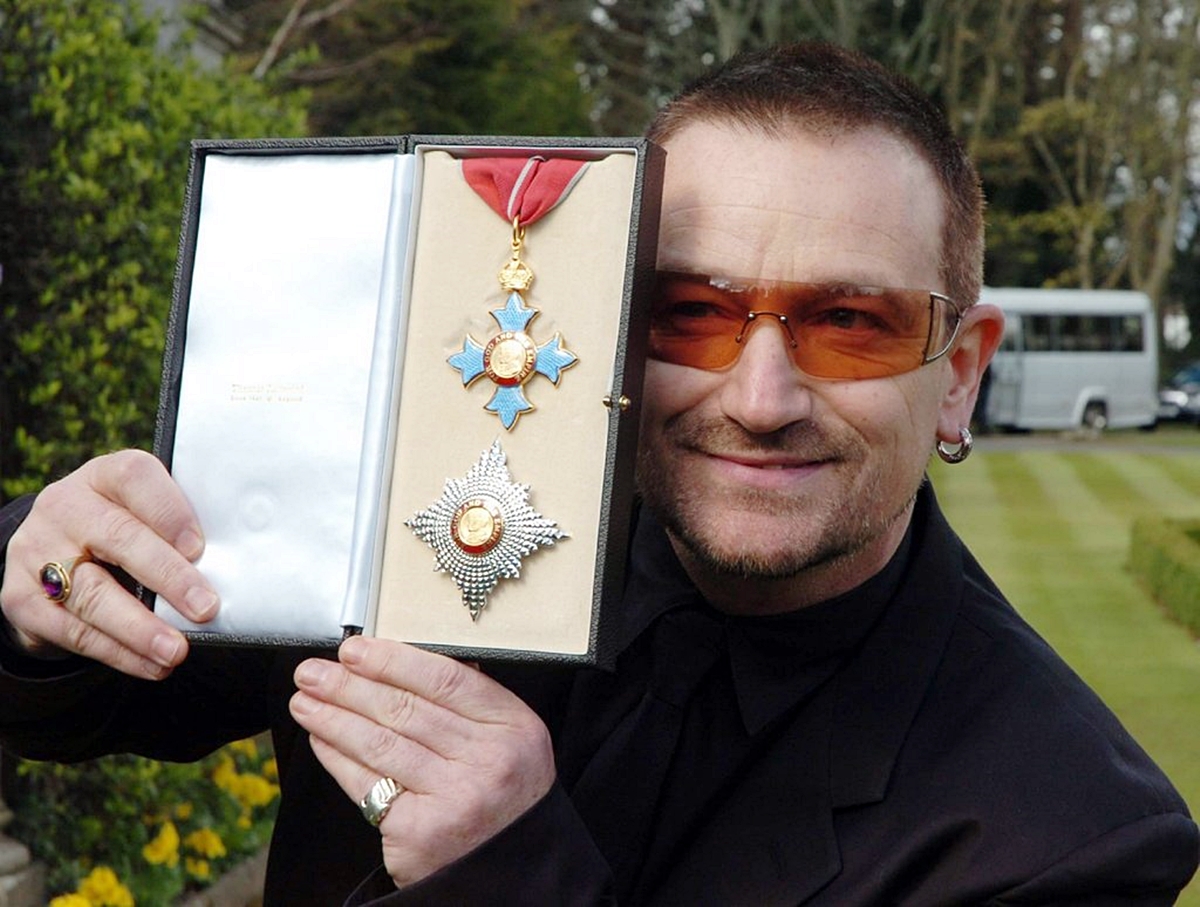 Be sure to share this post with your friends and family so they too can find out more about this legend of the rock world!