Some actors fail to live up to their roles. Some are left in the shadow of the parts they play. And some actors, like the legendary David Jason, truly embody the characters they take up. Sir David Jason OBE is one of those actors, and has entertained millions for more than five decades, most famously as the inimitable Derek ‘Del Boy’ Trotter from Only Fools and Horses (1981-2003). He’s also famed for The Darling Buds of May. In spite of reaching the ripe age of 79, Sir David Jason is still starring in spry leading roles in sitcoms like Still Open All Hours (2013-), and hopefully will continue to brighten our screens for many years to come. 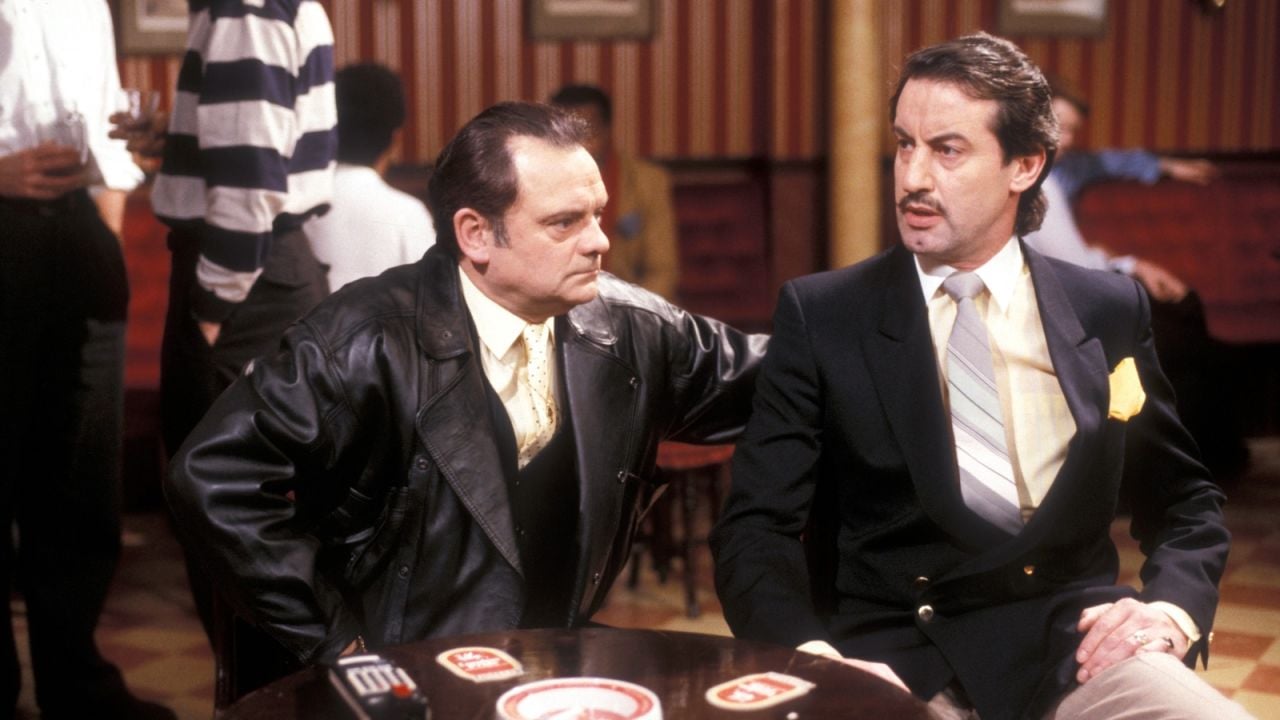 Yet behind the cheeky smile and occasional curmudgeonly expression lies a story that isn’t especially well known, about the hardships of one of the UK’s most famous comic actors, and how he rose to become one of the most recognisable figures in acting today.

Here are some facts you probably didn’t know about the Fools and Horses star.

David Jason had a Twin Brother Who Died During Childbirth

Born to Arthur R White, a porter at Billingsgate Fish Market, and Olwen Jones, a charwoman (or part time cleaner), David Jason was born on the 2nd of February 1940. But few know that the young David John White was actually a twin. Tragically, his counterpart died during childbirth, making David Jason a so-called ‘twinless twin’. Elvis Presley experienced something similar, with his brother Jesse Garon Presley being stillborn. Elvis’ middle name, Aron, was altered to reflect his lost brother.

It’s been rumoured that David John White created the stage name David Jason to honour his twin in a similar way, but this is an urban myth often refuted by Jason himself. Instead, the explanation he offers is that he was drawn to the seminal 1963 Don Chaffey film Jason and the Argonauts. 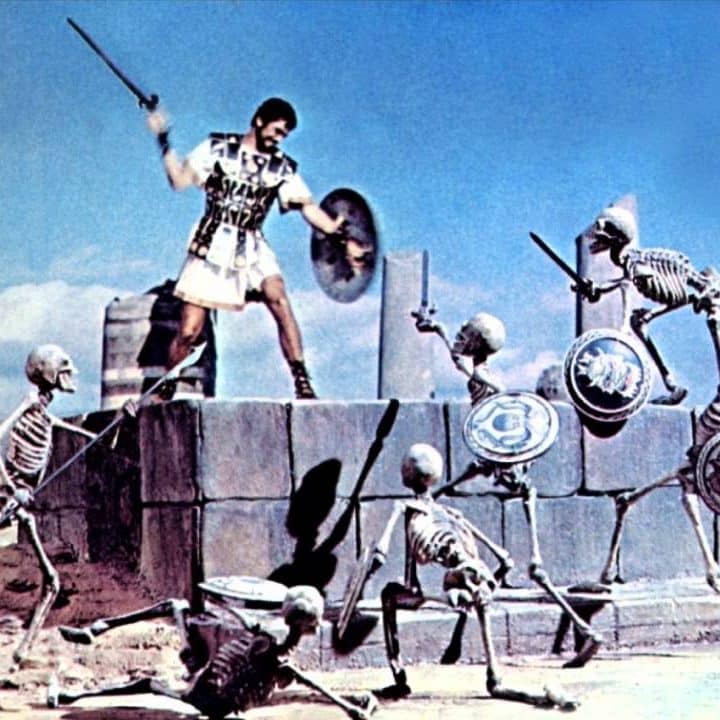 David Jason, more cut out for theatre than academia, failed his 11-plus in 1951 and went on to attend Northfield Secondary Modern. After leaving school, he was keen to follow in his older brother’s footsteps and become and actor, but his father insisted he learn a trade rather than pursue such a risky career path. As a result, David Jason trained as an electrician for six years before defying his parents and becoming an actor, going on to become Del Boy Trotter, one of the greatest comedy characters of all time.

David Jason has acted alongside his older brother 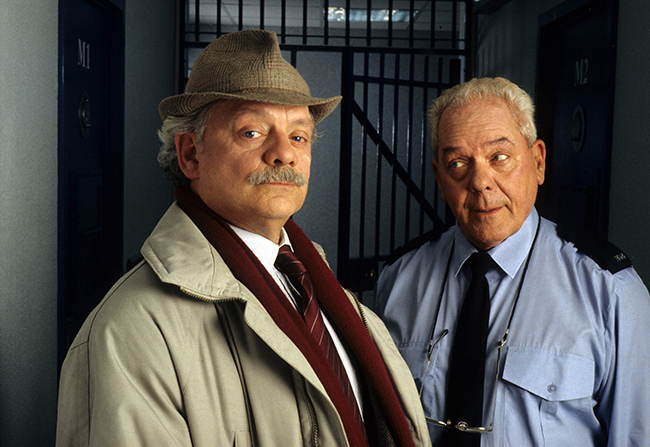 David Jason’s older brother is Arthur White, who had been appearing on television since 1950, including in productions of Great Expectations (1959), The L-Shaped Room (1962) and The Villains (1964). White has been active in the industry for decades, albeit in supporting roles. The two brothers have appeared together in two episodes of The Darling Buds of May in 1991, with White having a recurring role as police archivist Ernie Trigg in A Touch of Frost from 1994 until the series concluded in 2010. Ernie Trigg was White’s last role to date, meaning his acting career lasted an incredible sixty years.

According to David Jason, “returning home from National Service, [Arthur] declared that he fancied being a thespian and duly won a scholarship to Rada.” He later recommended his younger brother for a part in the theatre, getting him his first break, which was repaid after David Jason brought White on for Trigg on A Touch of Frost. 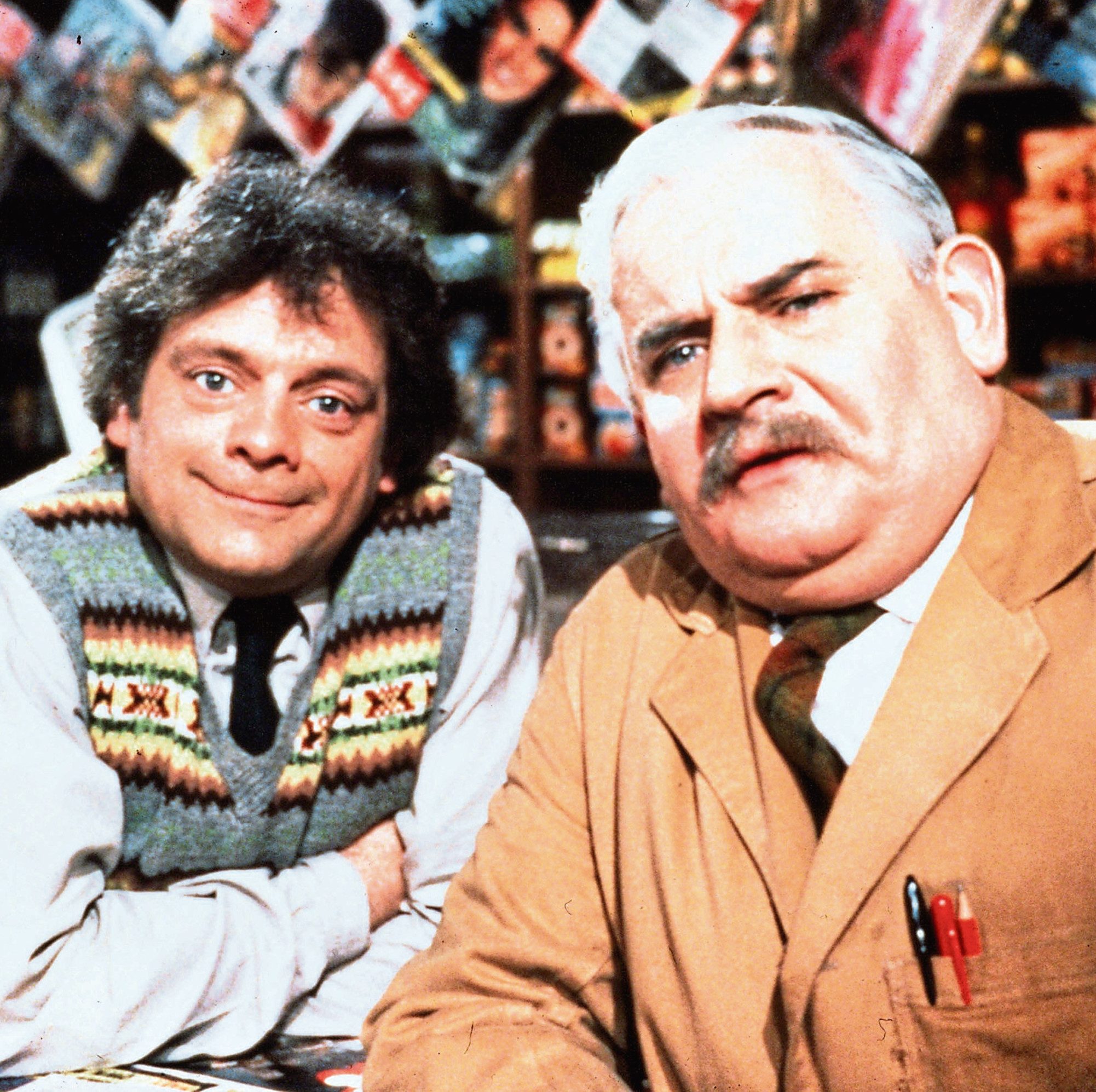 David Jason’s started his television career all the way back in 1964.

He took on the role of Bert Bradshaw in the classic British drama series Crossroads.

This was only a minor role, but it kickstarted his career and gave David Jason the platform to become a household name.

Before Touch Of Frost and Darling Buds Of May, He Almost Starred In Dad’s Army 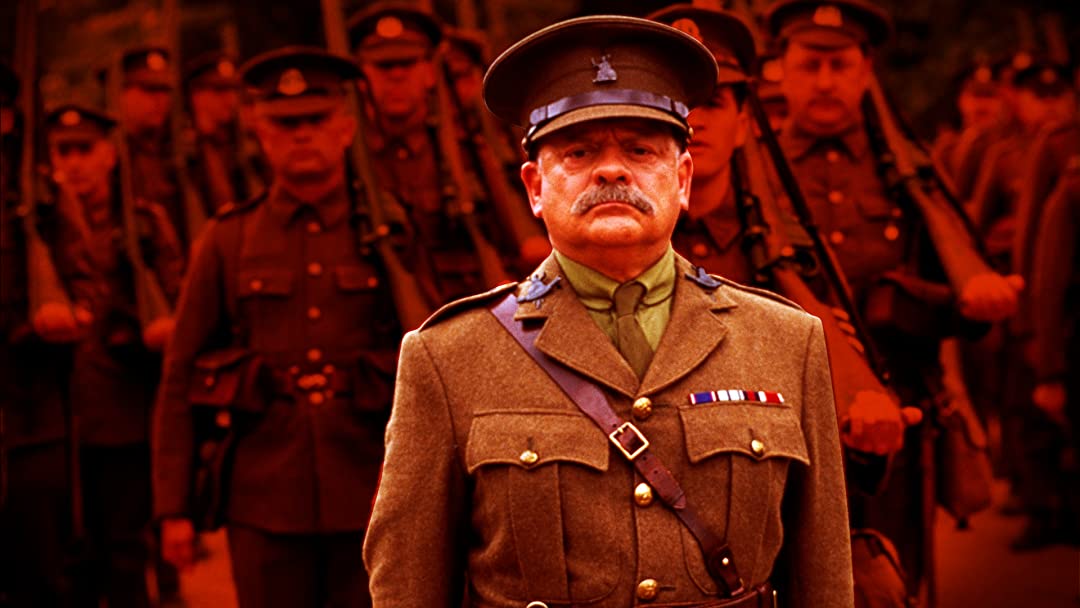 David Jason was nearly cast in the role of Lance Corporal Jones in the classic BBC comedy Dad’s Army, a part which eventually went to Clive Dunn.

‘I came up for the part in the morning and at 12 o’clock they said, “You’ve got the part”. I was elated. This was going to be a big deal for me,’ David Jason explained in an interview. 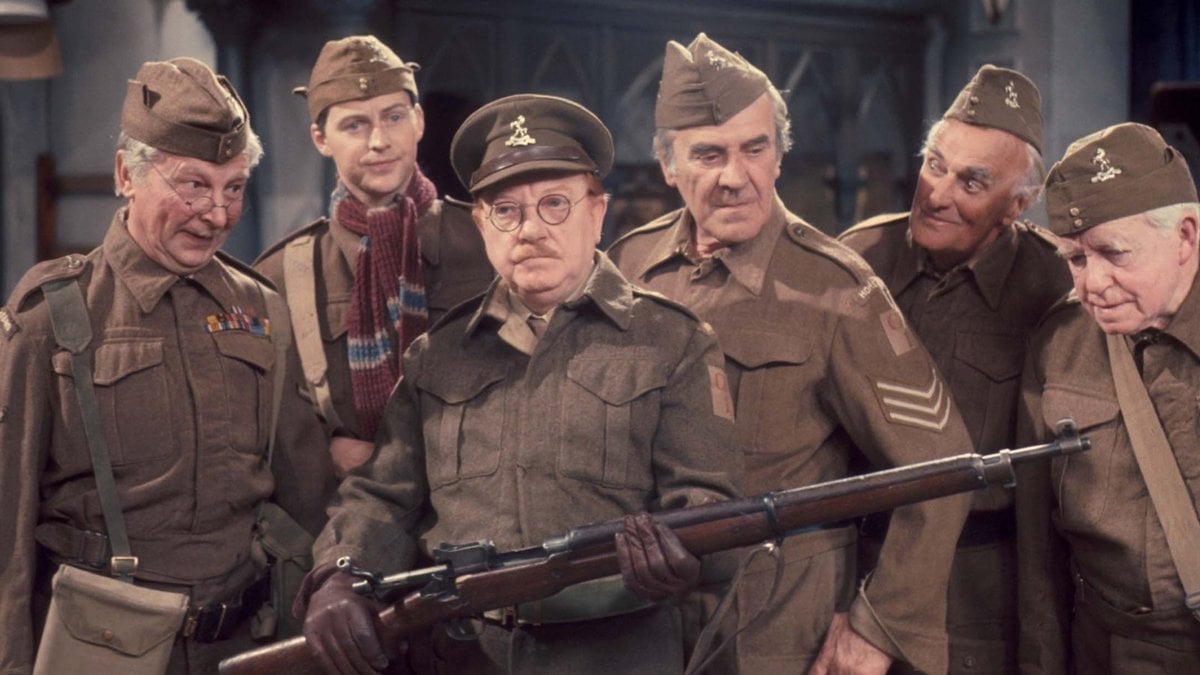 David Jason was disappointed to learn he had been replaced by Dunn. 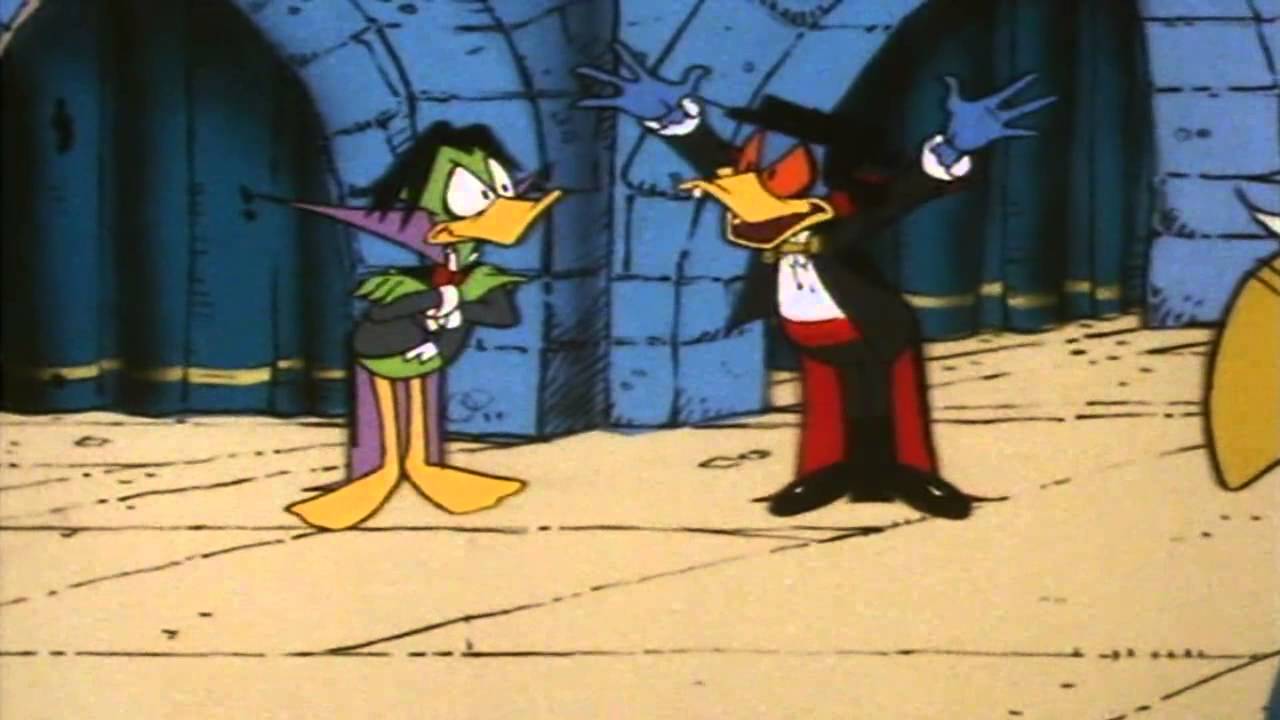 In the 1980s, as we’re sure that many of you will remember, David Jason provided voice overs for a number of children’s cartoons.

These included Count Duckula, The BFG, Victor and Hugo, and The Wind in the Willows. 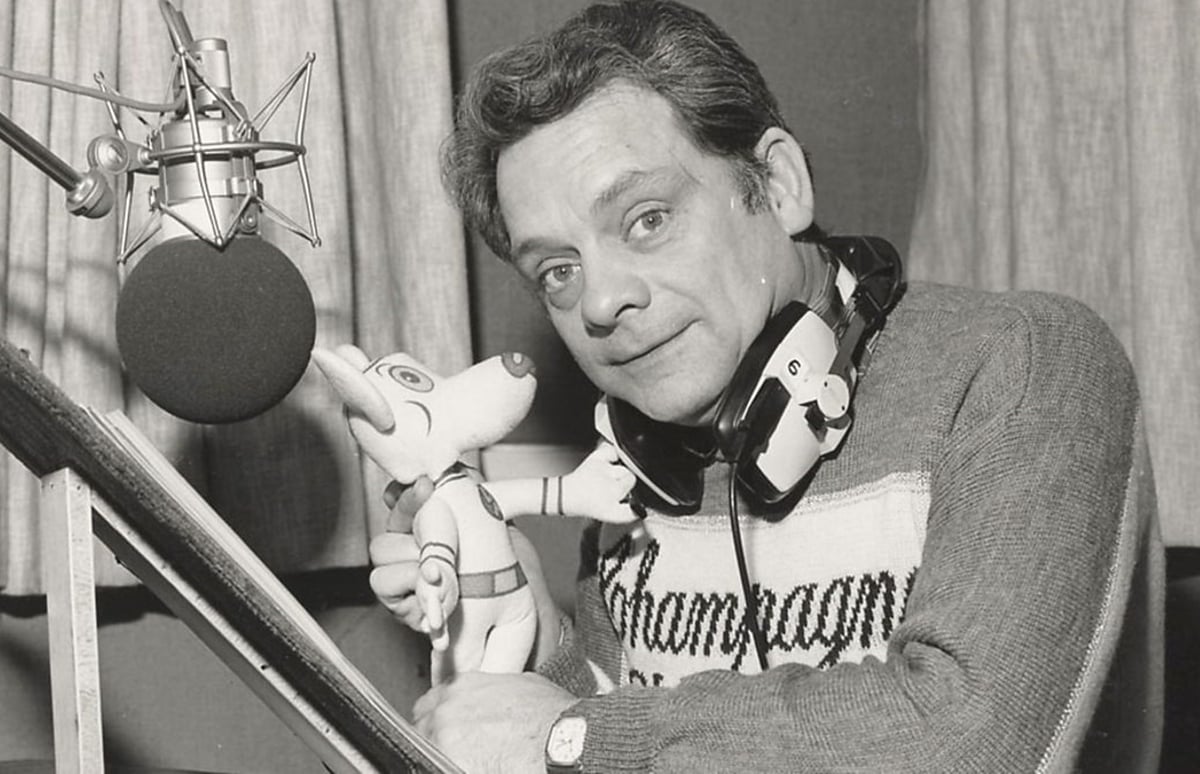 David Jason even provided the voice of Danger Mouse! 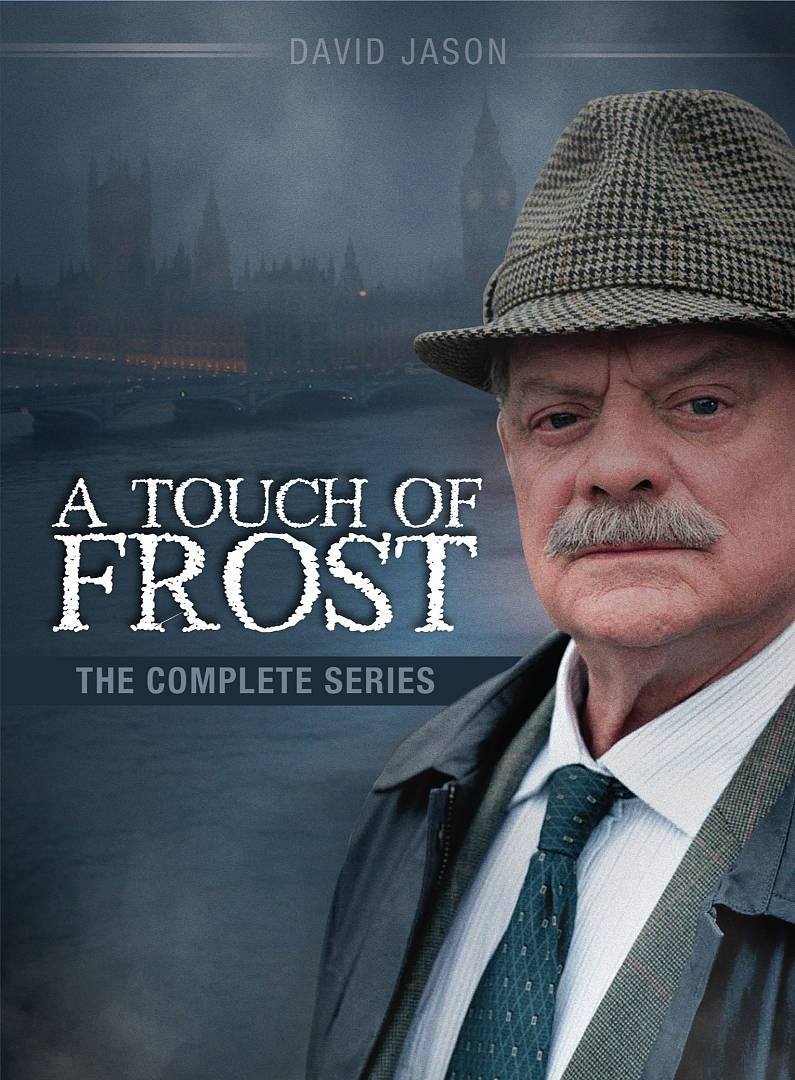 In 1992, David Jason signed an exclusive deal with ITV to star as Detective Inspector Jack Frost in the popular TV series A Touch of Frost.

His decision to leave the BBC was down to his frustration at the lack finances it was investing into its TV shows at the time. 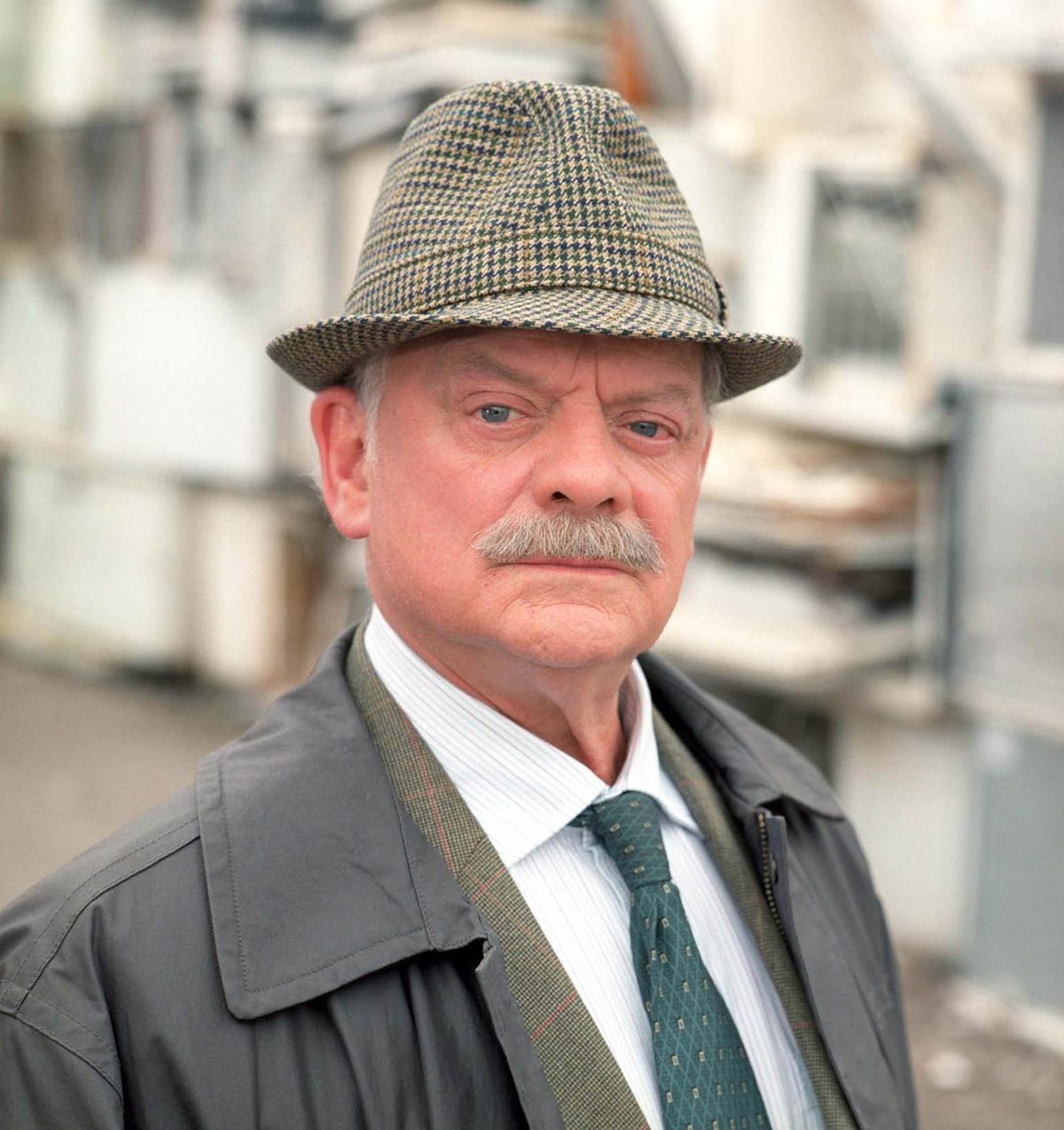 David Jason was featured in over 40 Touch of Frost episodes in total. 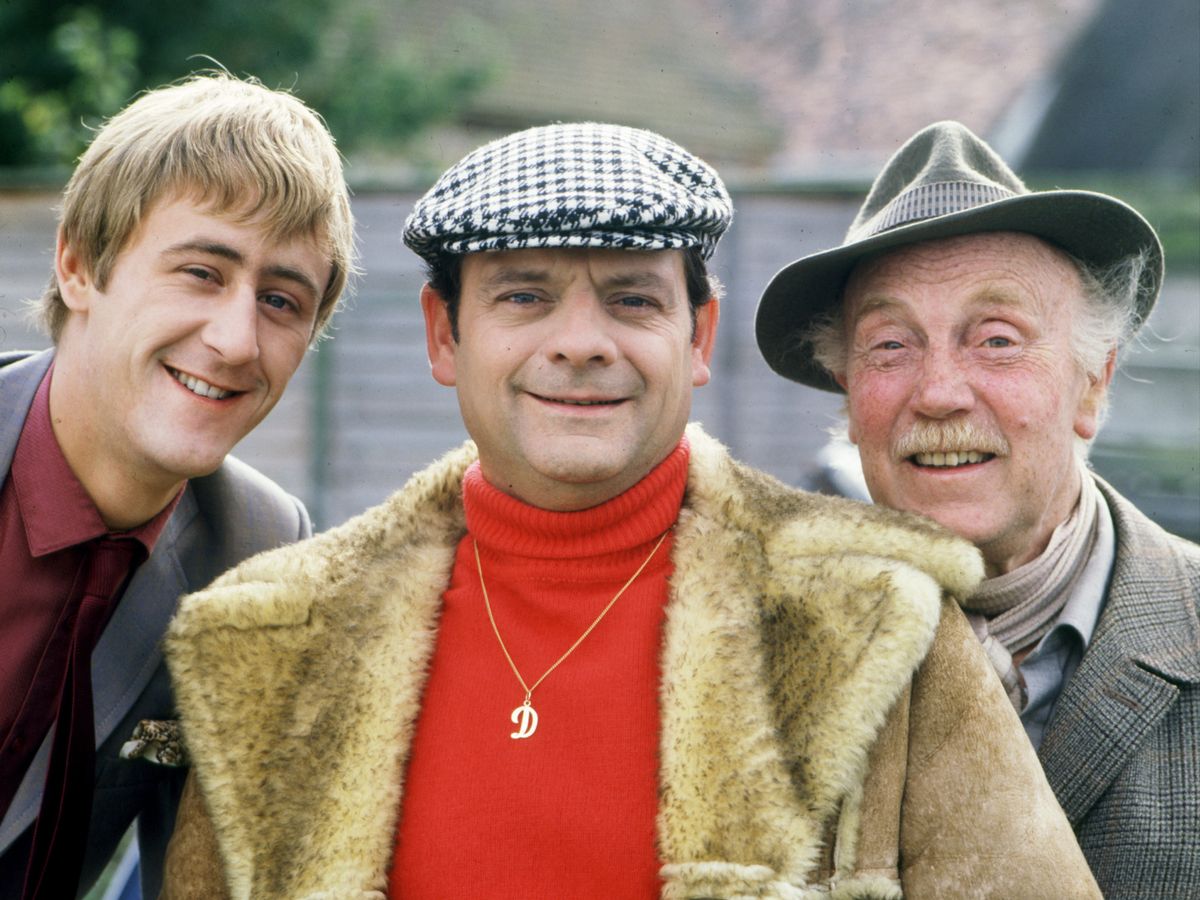 We all know that David Jason is one of the most popular comedy stars of all time, but did you know that he’s also one of the richest?

The website britishcomedyfans.co.uk lists him as 12th on their list of ‘wealthiest British comedy actors’, with an estimated fortune of £7 million.

If you hadn’t already guessed, number one is Rowan Atkinson, who is worth an estimated £100 Million!

He Was Voted The Greatest TV Star Of All Time 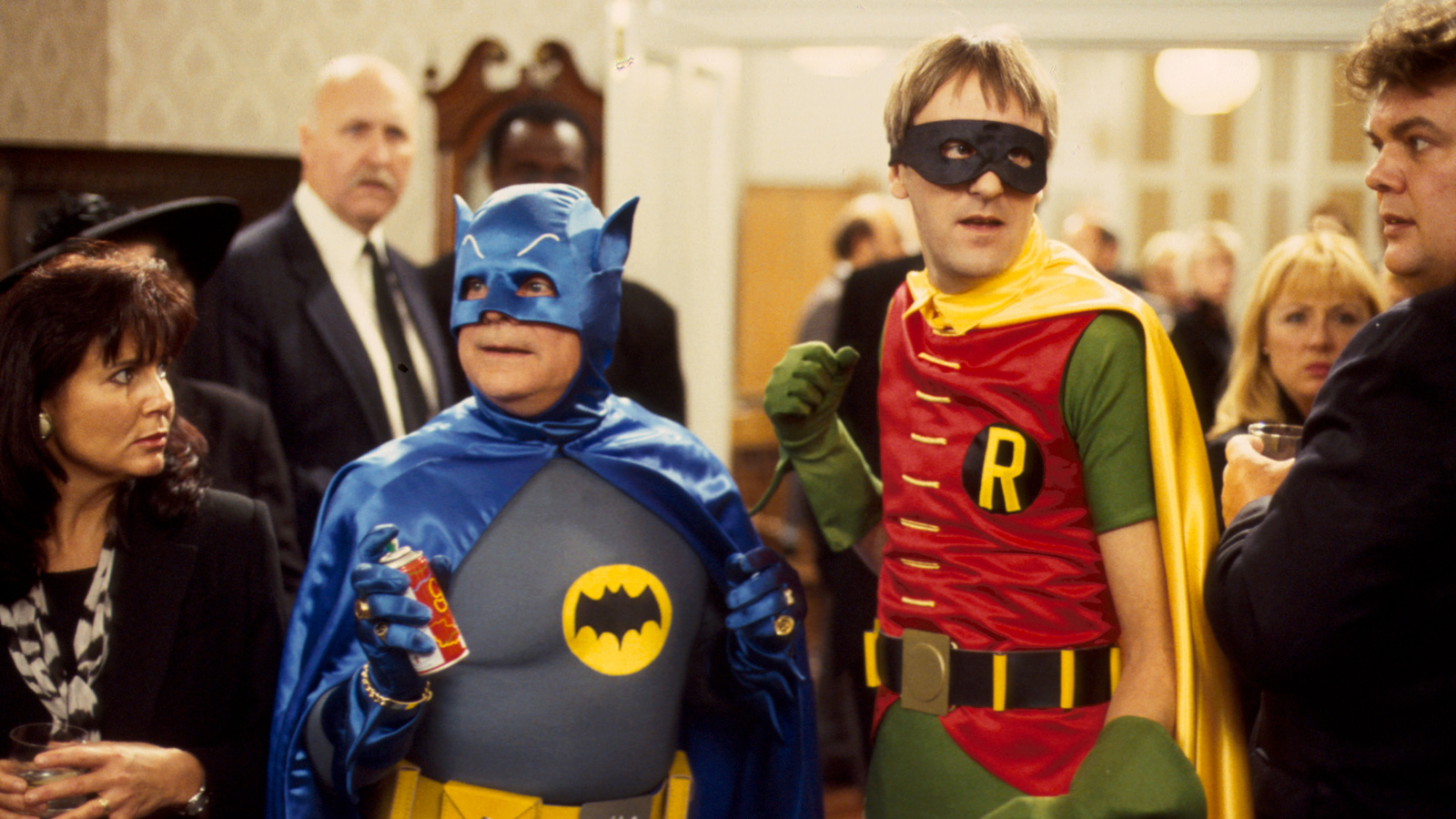 In 2006, David Jason topped the list of ‘TV’s 50 Greatest Stars’, which was a one off British televised awards show where the public were asked to vote for their favourite star from a list compiled by ITV.

This comes as no surprise considering Jason’s involvement with British TV gold such as Only Fools and Horses. 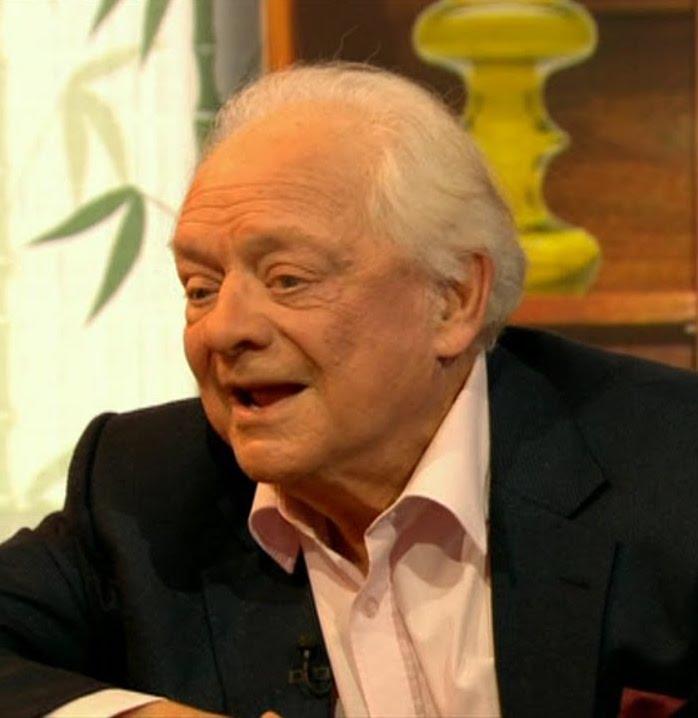 Other actors have said to be interested in joining shows purely for the chance to play a character alongside David Jason.

He Received A Knighthood 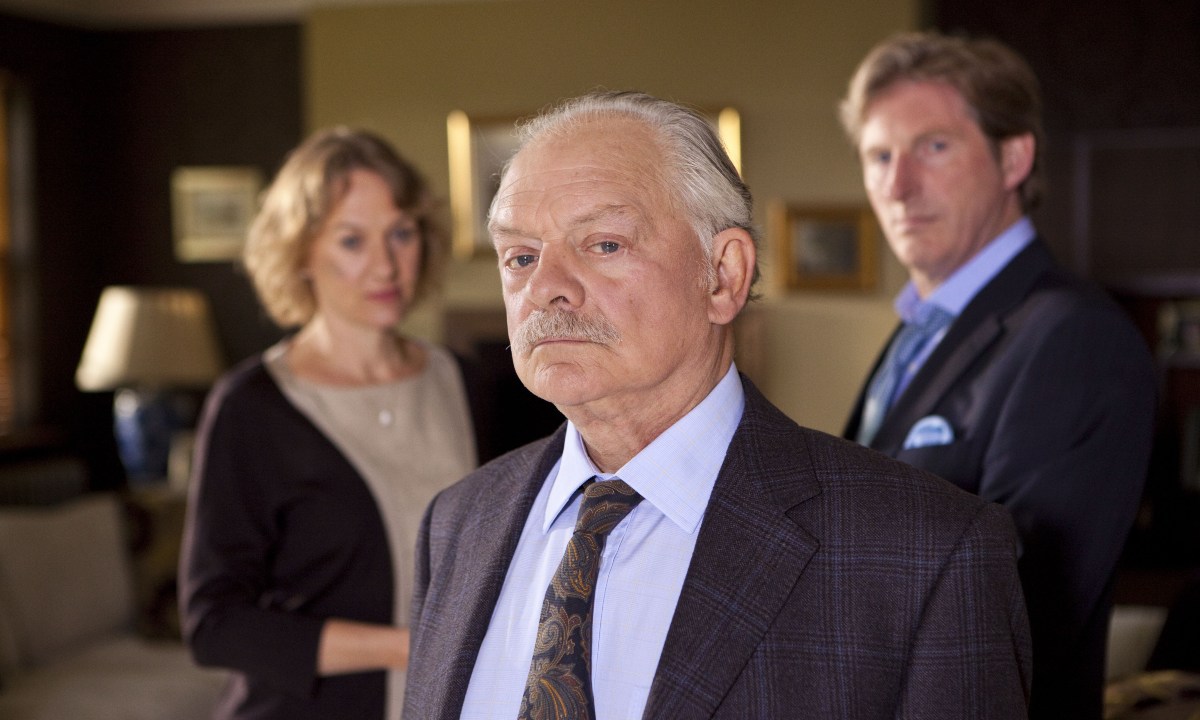 David Jason was knighted in 2005 for ‘services to drama’, and was quoted as saying that he was “humbled” by the “fantastic tribute.”

The Queen made reference to his Only Fools and Horses character Del Boy as she presented David Jason with the Knighthood. 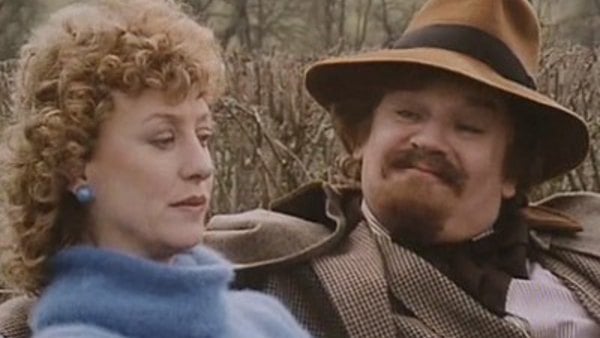 The actress was just 50 at the time of her death. David Jason described Talog as ‘the love of his life’.

The Tragedy Inspired Him To Create His Own Charity 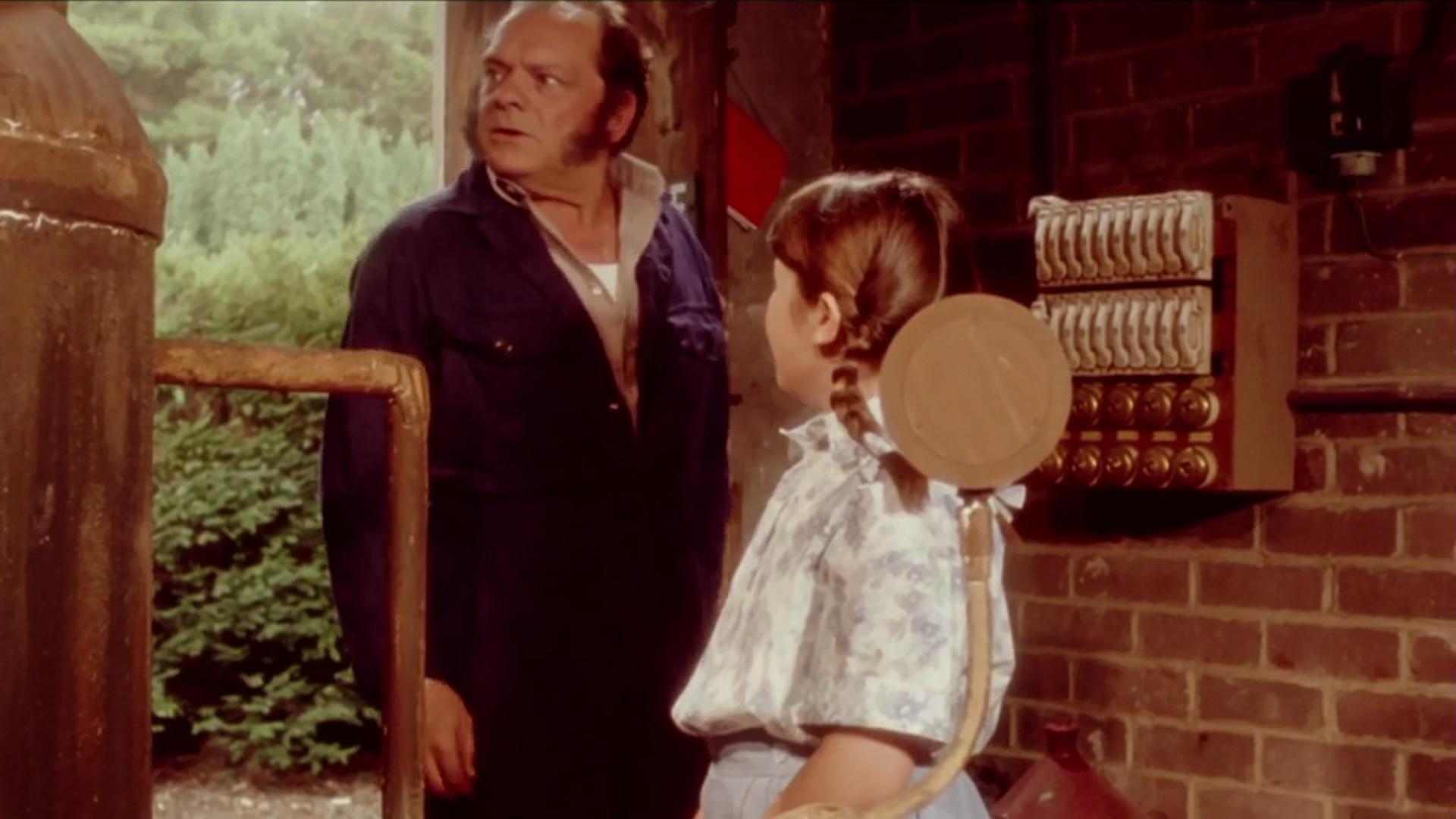 The experience of his girlfriend’s death inspired David Jason to create a charity called ‘The David Jason Trust For Terminally Ill Children.’

His situation mirrored a storyline in A Touch of Frost, in which the character’s wife died after a long illness. 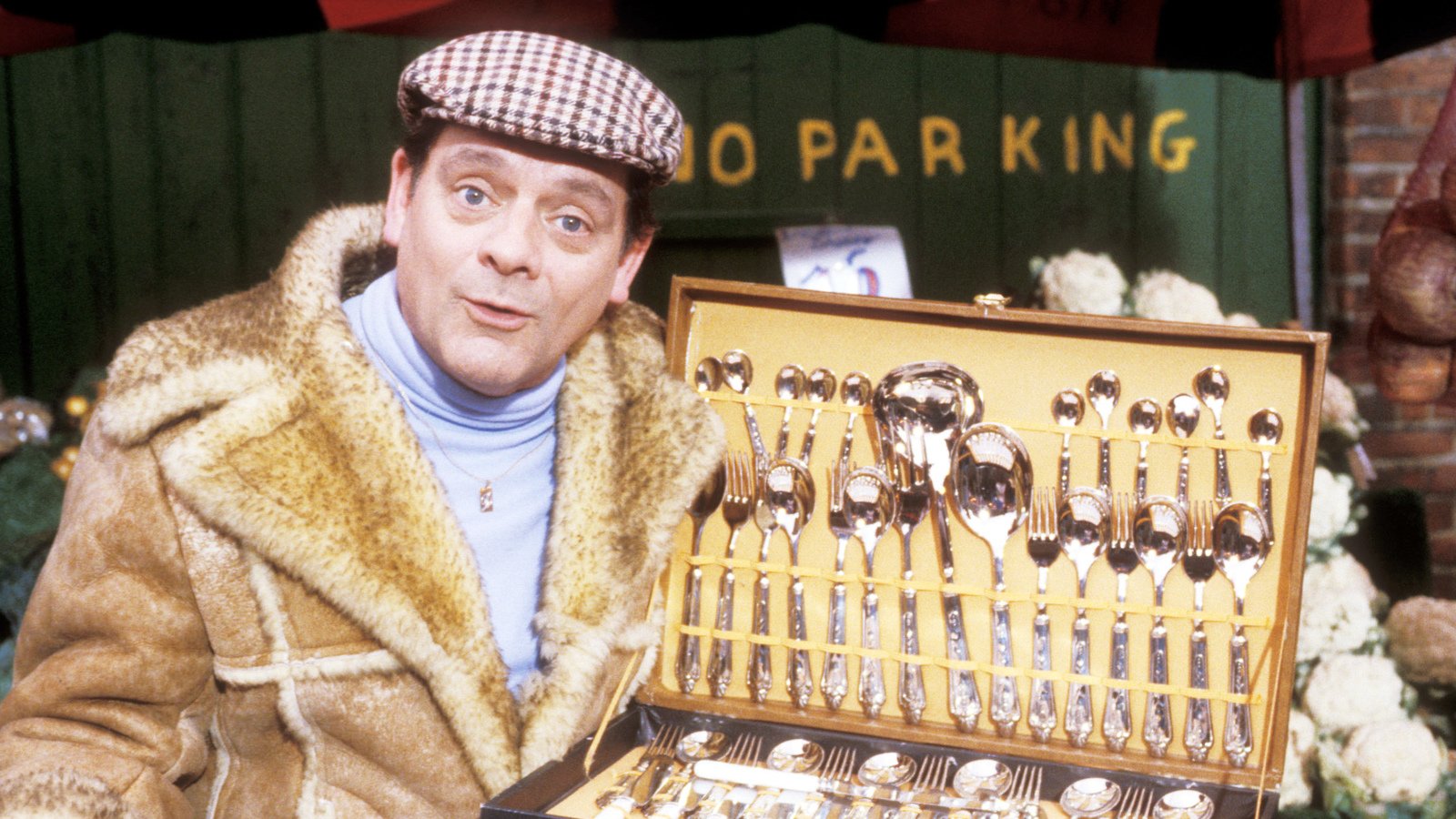 In February 2001, the Darling Buds of May star became a father for the first time at the age of 61 when his girlfriend Gill Hinchcliffe gave birth to a baby girl.

David Jason and Hinchcliffe went on to marry in November 2005. 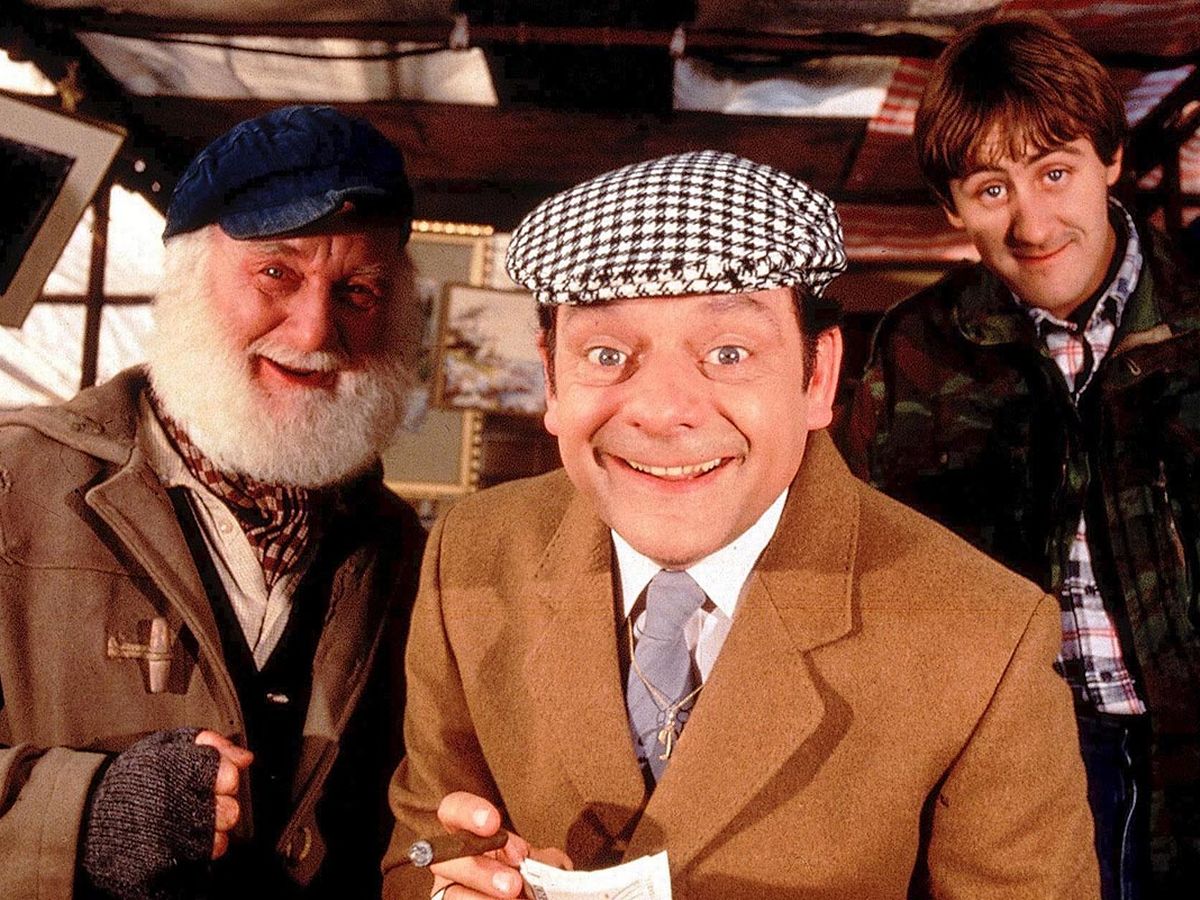 Be sure to share this post with your friends and family so they too can find out more about the comedy legend David Jason!