18 Things You May Not Have Realised About Footloose

Footloose is one of those films that helped define a generation, and which along with Dirty Dancing was one of a number of films that made dancing fashionable and cool for a new group of young adults who maybe hadn’t experienced it much before. 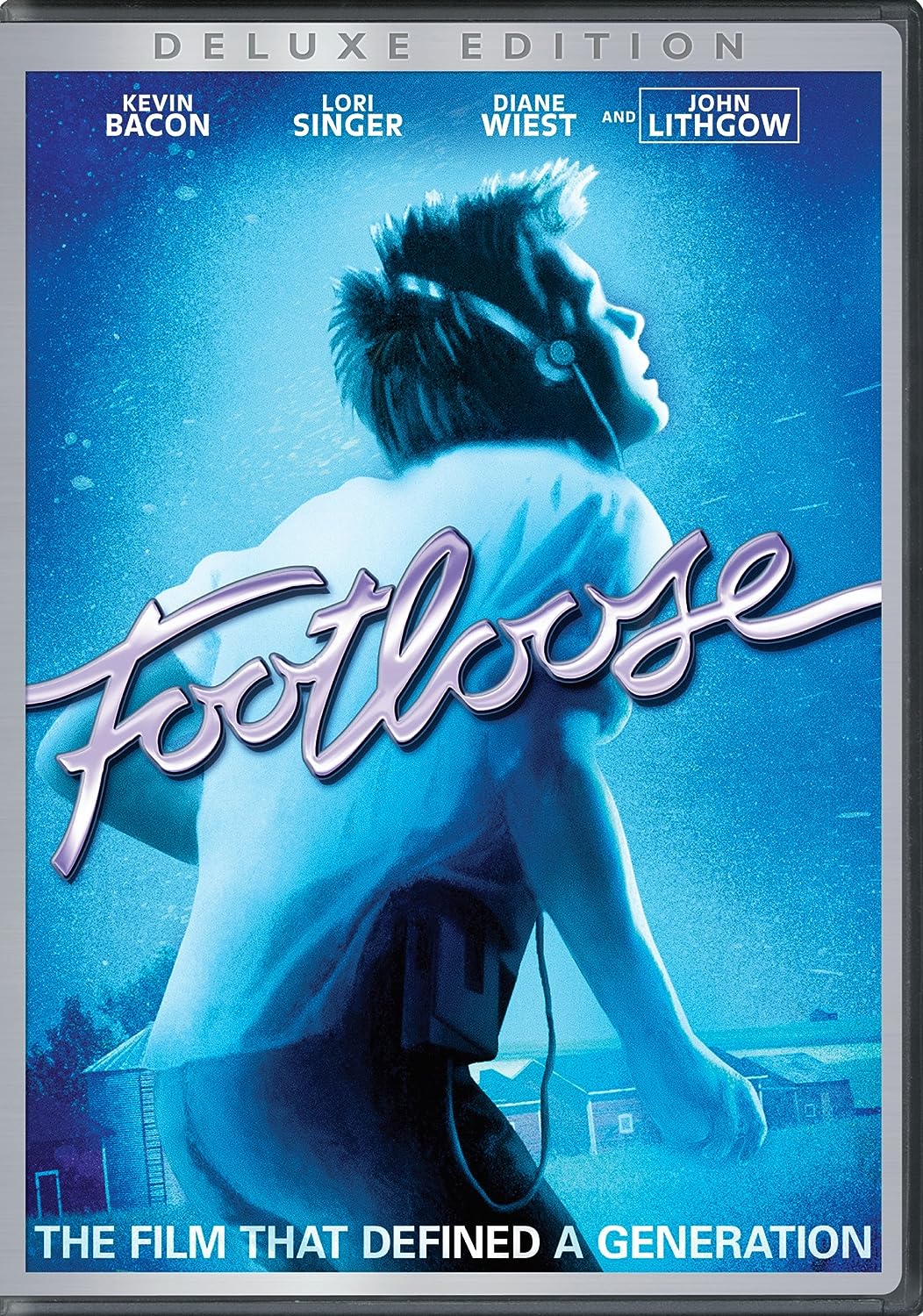 Was Footloose better than Dirty Dancing? Or did Baby getting put in the corner win the debate for you? Either way, join me as we look back at a variety of facts about Footloose that you may well not have been aware of before!

1. The film obviously left a lasting impression with its star

Kevin Bacon admitted in 2013 that he has paid DJs before now not to play Footloose at weddings he’s attending, for fear that he will be asked to dance along to the song when it comes on!

2. He might not be able to do all of the moves even if they did

Even if they did play Footloose at a wedding, and Kevin Bacon was asked to dance along, he may not be able to do the whole dance, as although he performed some of the dance, a dance-double was also used for parts of the routine. 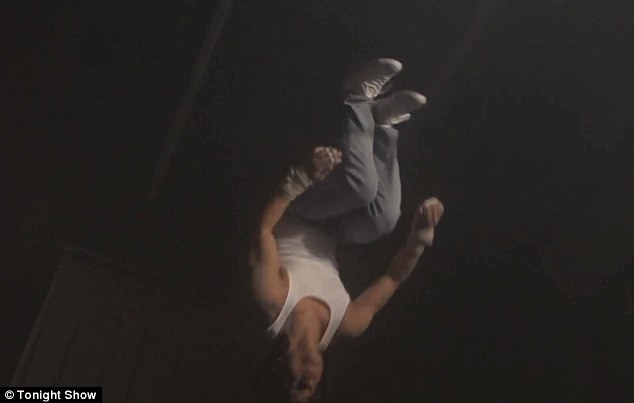 3. Chris Penn had to wrestle his way in to the routines

Chris Penn was unable to dance when he got the part in Footloose, so they had to teach him in a way he would understand, by relating the dance moves to wrestling, something that he was proficient at!

4. Kevin Bacon looked to the Police for some of his style

Kevin Bacon’s spiky hairdo was styled after one of his favourite acts, he was a big fan of The Police at the time and styled it after their lead singer, Sting.

5. Kevin Bacon had a big choice to make

The film’s star, Kevin Bacon, was offered the lead role in Stephen King’s horror about a possessed car, Christine, and the producers of Footloose had to convince him to turn down a guaranteed role for one he might not even get as he had not auditioned yet!

6. It didn’t take Bacon long to convince them he’d made the right decision

After turning down the lead role in Stephen King’s Christine to audition for Footloose, Kevin Bacon made the producers realise he’d made the right choice as he was offered the lead role in Footloose just 30 seconds in to his screen test!

7. Money talks, and it doesn’t take much to talk clothes off people!

When recording the commentary track for the DVD release of Footloose, Kevin Bacon revealed that the extras in the co-ed dorm scene were paid $20 each to appear nude in the scene! That doesn’t seem like a huge amount even thirty years ago!

8. Kevin Bacon was so nervous he broke out in hives!

When filming the scene where Kevin Bacon’s character has to make a case to the City Council for holding a prom dance, Kevin Bacon was so nervous about speaking in public that he broke out in hives around his mid-section! Amazing that he seems to be so in control throughout his films if he feels like this! He has never had a recurrence  of the hives, however. 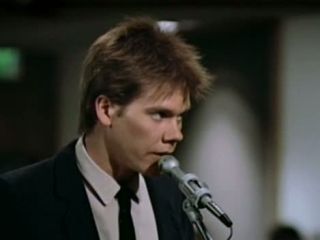 9. There is very little age difference between father and daughter

When filming Footloose, Lori Singer was only 12 years younger in real life than John Lithgow who played her character’s father in the film!

10. Kevin Bacon wasn’t actually the first choice for his role

The producers of Footloose originally offered the lead role of Ren to John Travolta, but he turned down the role – would it have been a different film with Travolta leading the way? 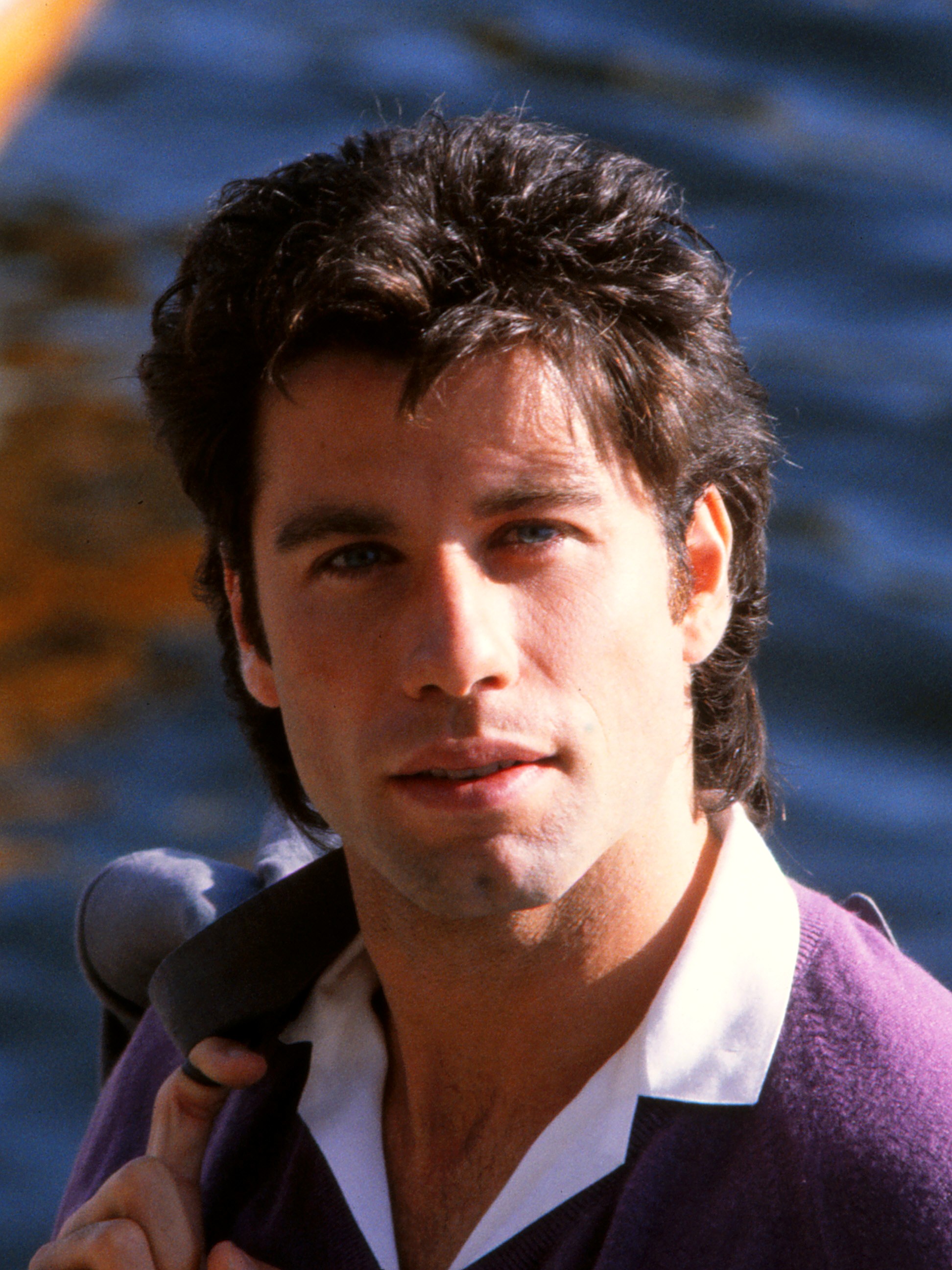 11. In fact, Kevin Bacon wasn’t even the second choice!

The producers also wanted to offer the lead role to Tom Cruise, having been so impressed with his underwear dance scene in Risky Business, but he was already committed to filming All the Right Moves, so was unavailable for the role of Ren. 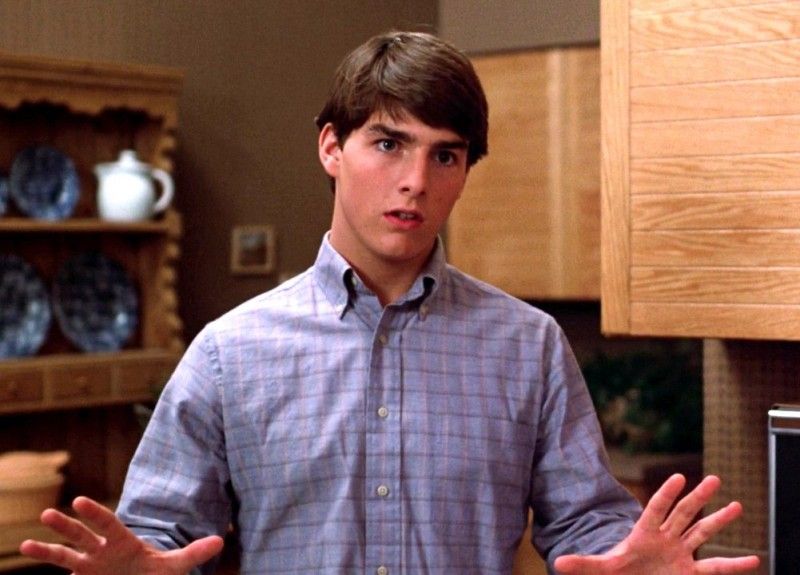 12. There were a lot of feet involved in the opening sequence

In the opening credit sequence, many of the cast and crew’s feet were used as the dancing feet, and in total more than 150 different pairs of feet are seen in the sequence!

The two girls that played Ren’s cousins were real-life sisters, Mimi and Meghan Broadhead. Their father, J. Paul Broadhead also appears in the film as Mayor Dooley and their mother and two brothers play extras in the film, nothing like keeping it in the family! 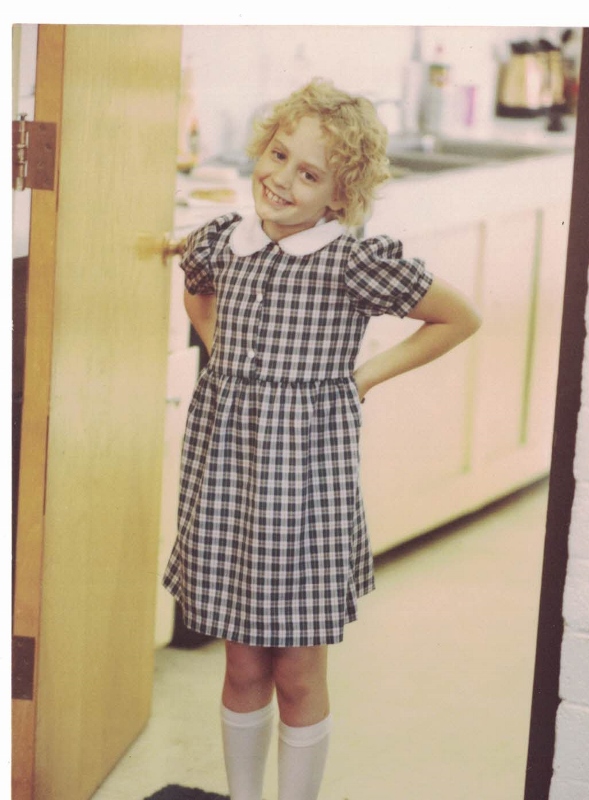 14. Ariel Moore could have been quite different

Lori Singer played the role of Ariel perfectly, but it could have been quite different as both Haviland Morris and Madonna auditioned for the role! Do you think Madonna would have handled the role in a different manner and would it have been better or worse? 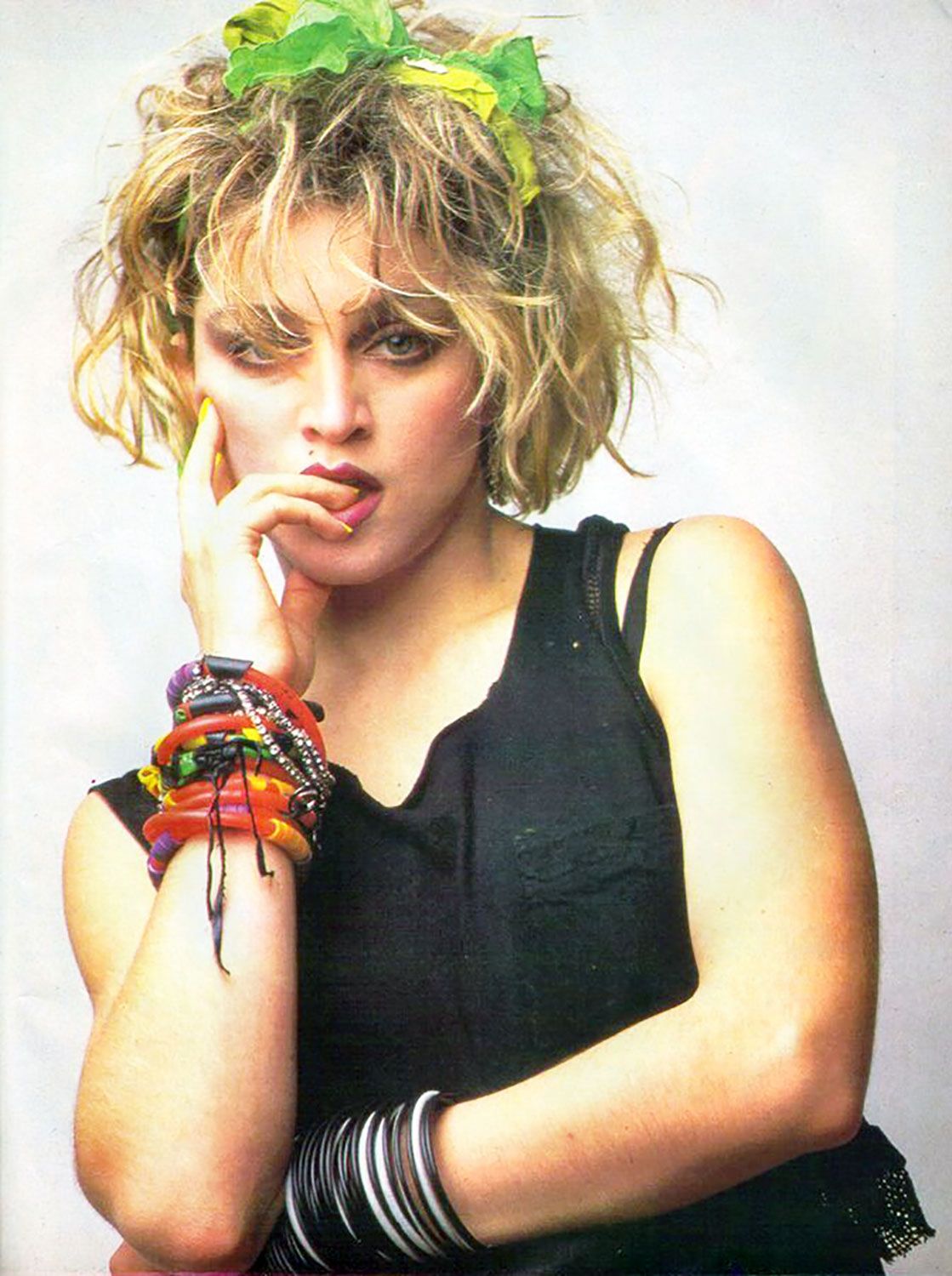 In 1998 the film was adapted to a Broadway musical and ran for 709 performances and was nominated for 4 Tony Awards including Best Actress in a Musical and Best Score. 16. John Lithgow kept busy when he had a break

When he had a break from filming for Footloose, John Lithgow was busy filming scenes for the amazing Terms of Endearment which was also relased at a similar time. Now that’s a professional actor who doesn’t mind keeping busy!

17. the film was loosely based on real events

The film was loosely based on events that took place in Elmore City, Oklahoma in 1978, a very small, very religious, rural farming town, dancing had been banned for nearly 90 years before it was challenged by a group of teenagers at a high school.

In the scene when Ren is shown a picture of Reverend Shaw’s deceased son, the picture is actually that of John Lithgow’s real-life son. Has this made you want to go back and re-watch Footloose? Has it put you in the mood for a dance? Are you downloading the soundtrack of the film whilst you read this? Let us know in the comments as always!