12 Reasons Why Marvel Need To Make A Movie Version Of Secret Wars!

The Marvel films have become increasingly popular over the past 10 years, with more and more characters being brought in to the MCU (Marvel Cinematic Universe), which will soon culminate with Avengers: Infinity War and its sequel over the next couple of years.

Disney have recently bought the rights from Fox to a lot of the characters they were struggling to get hold of (Fantastic Four, X-Men, Deadpool, etc) and that means it opens up even more possibilities of amazing films becoming part of the MCU catalogue. There is one story from the Marvel comics which would, in a word, be AWESOME if they made it however – I’m talking about Secret Wars! 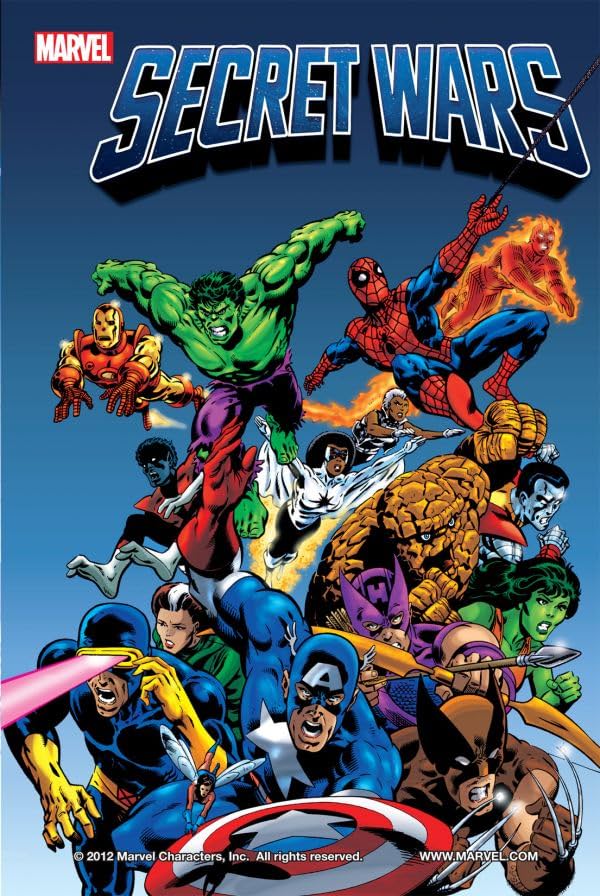 *Please be advised this does contain some spoilers (for a comic that is more than 30 years old!)* 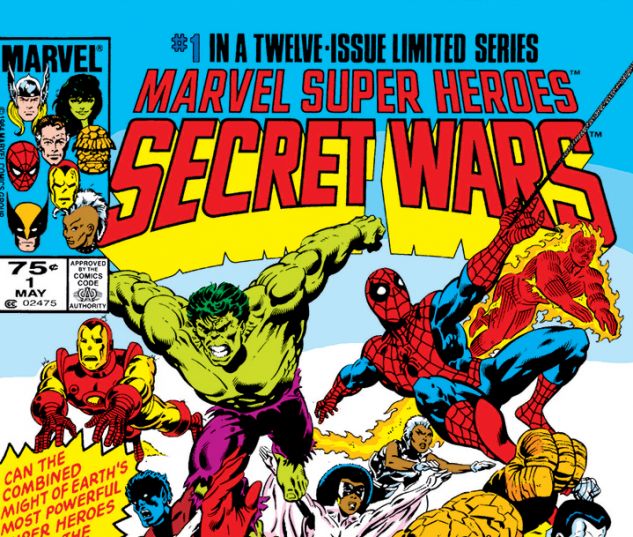 Secret Wars was a 12-part Comic Book series published in 1984 by Marvel and saw an alien entity, The Beyonder, who was watching the heroes and villains from afar and so kidnapped them and placed them on an alien planet, pitting them against each other in an ultimate battle! 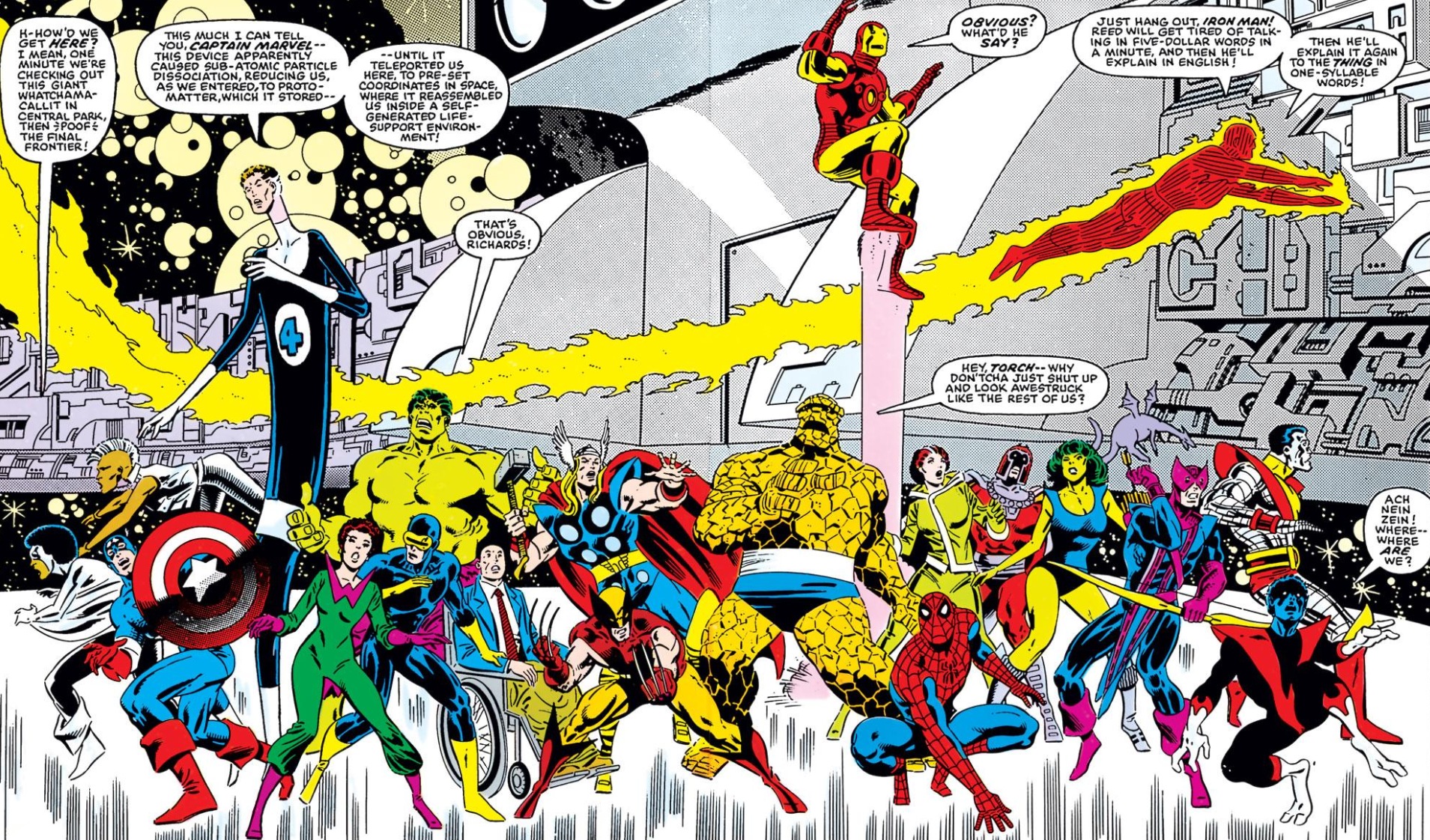 Well, where to begin? There were so many great characters in this, from stand-alone heroes, to the Fantastic Four, to the Avengers, to X-Men. Captain America, Hawkeye, Hulk, Human Torch, Thing, Spider-Man, She-Hulk, Wolverine, Iron Man, Cyclops – all present and correct along with a host of others!

Again, there was a mega-mix of Marvel villainy on show, with Dr Doom, Magneto, Doctor Octopus, Lizard, Ultron, The Enchantress and many more putting up a good fight against the forces of good! Yes, but no on so many levels! You see, the X-Men were sticking together, as were The Avengers, but as well as trying to best the villains, they were also trying to find a way home and were on opposite opinions on the best course of action. Cue in-fighting and arguments, causing a rift between the heroes, and the villains were no better!

5 – Were there any decent fights in it then?

Oh yes! There were several big fights throughout the 12 issue run. Heroes Vs Villains, Heroes Vs Heroes, Villains Vs Villains – it was all going on in Secret Wars!

6 – There must have been some cool moments in them then? 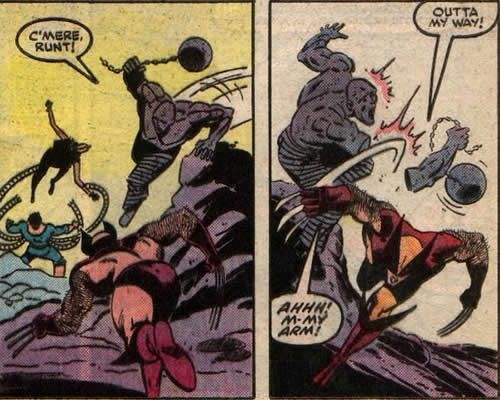 Damned right there were! The one that always springs to mind, though, is when the Absorbing Man has taken on the properties of rock and decides to take on a raging Wolverine! Bad choice – Wolverine doesn’t even stop! He simply runs at Absorbing Man, slices off his arm, and keeps on running! 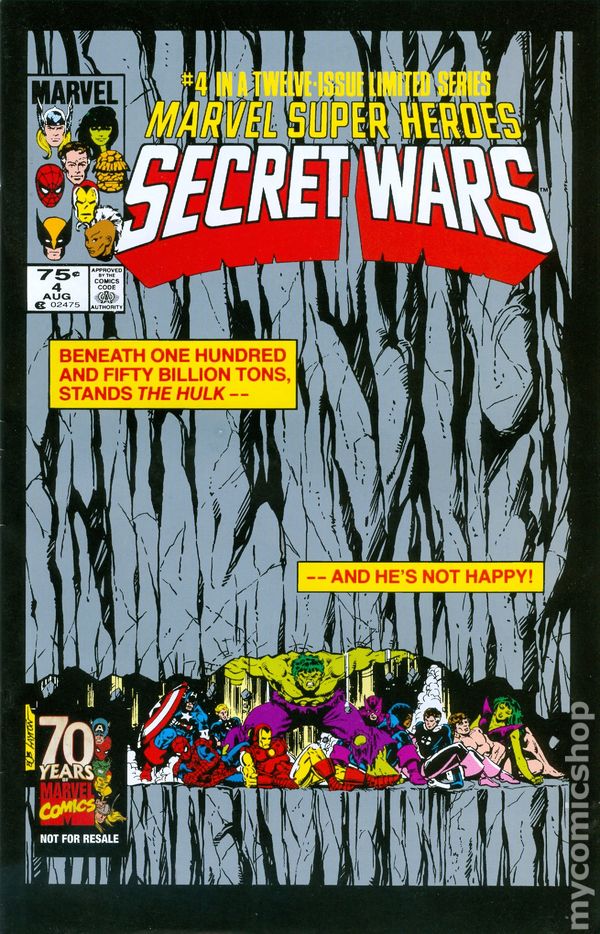 Well, there was also one point in the series when The Molecule Man dropped an entire mountain range on the heroes trapping them underneath billions of tons of rock! That was pretty awesome too!

8 – Again, wow! Were there any defining moments for the comics? 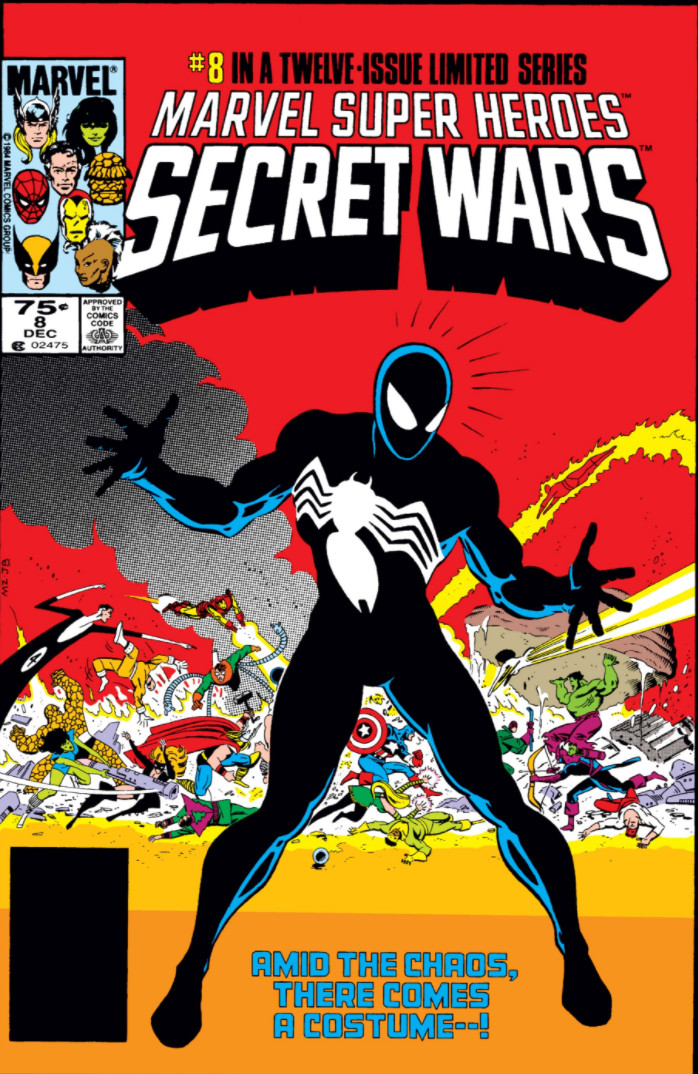 I’m glad you asked – Spider-Man happened upon a certain black symbiote that became his new costume for a number of years as he went from wearing the traditional Red and Blue spider-suit to the plain black one with the white spider logo.

9 – Hang on! Didn’t that symbiote become… That’s right, without Secret Wars, Spider-Man would never have discovered the symbiote that would later bond with Eddie Brock becoming Venom, one of the greatest villains in the Marvel universe!

10 – You’ve said lots about the heroes, what were the villains doing during all this?

Dr Doom was a fantastic villain in Secret Wars, he decided to seek ultimate power from the start and pretty much accomplished it, too, becoming the ultimate power in the universe and even managing to kill off the entire roster of heroes! Yes, but it didn’t end there so don’t worry, as with all great stories, there was a big twist in the tale and it didn’t finish with all of the Marvel heroes in their graves! It had a suitably big turning point that saw one final, massive battle!

12 – And they all returned home and lived happily ever after? Well not quite. Ben Grimm (Thing) decided he wanted to stay on The Beyonder’s planet when the rest of the Fantastic Four returned home. This led to a series for Thing based on the alien planet and also paved the way for She-Hulk to take Thing’s place in the Fantastic Four for a while. 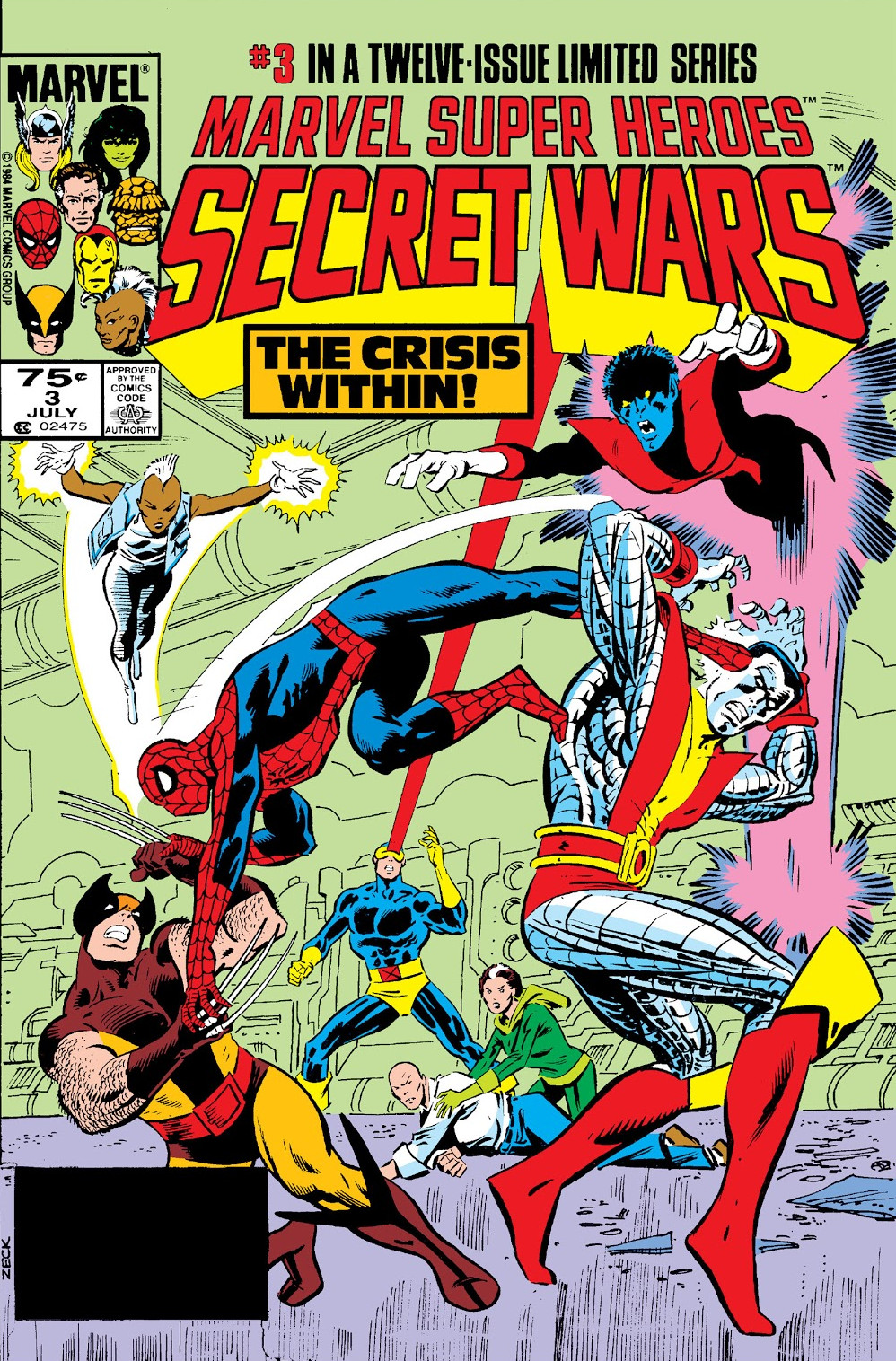 Yep, and now would be the perfect time for Marvel to create a film version of this – they have the whole of the X-Men and Fantastic Four to re-cast and can finally film a decent version of Dr Doom and Galactus! We just have to cross out fingers that they make it happen…