12 Of Our Favourite Pre-School Toys From The 80’s

The pre-school days were completely care free, but is your long term memory good enough to remember your toddlerhood? We are sure that we will jog your memory a bit with some of the very best toys from your early days! Which ones were your favourites?
1. Yellow Bear Activity Cot Toy 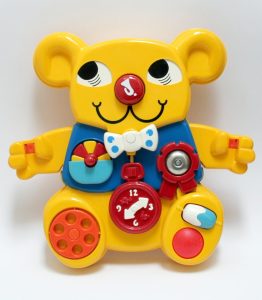 This little fella could be attached to the side of a cot. Every part of it made a different noise following a different action.
2. Shape – O Sorter 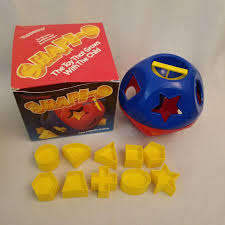 A Doctors waiting room favourite, the Shape – O Sorter tested our hand eye coordination and made an absolute racket when shaken! 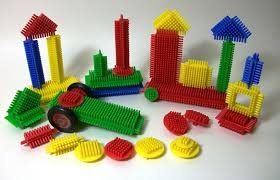 Everyone had a box of Stickle Bricks in the 80’s. They were actually invented in 1969 by Denys Fisher, who also invented the Spirograph toy. 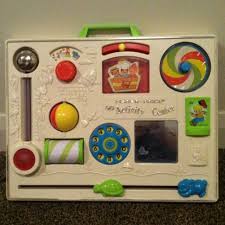 Similar to the yellow bear toy, this classic was full of different sounds activated by actions. The bell in particular will have driven many parents up the wall. 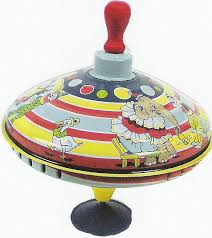 With its long twirled metal handle this wasn’t the safest toy you could buy, but we were made of tougher stuff in the 80’s. This was mesmerising to play with. It’s whirring noise and bright colours kept us entertained for hours. 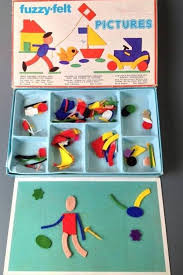 Fuzzy-Felt gave you the chance to create your own little work of art. The idea for Fuzzy-Felt began during the 2nd World War in a Buckinghamshire cottage. The ladies working there manufacturing gaskets, gave the felt off-cuts to their children to play with and the idea was born! Since the 1950’s over 25 million Fuzzy-Felt sets have been sold. 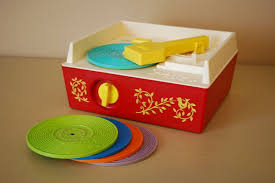 This toy was released in 1971 and enabled us to play some of our favourite pre-school tunes including the classics “Mary had a little lamb” and “London Bridge is falling down”. The best thing of all was we didn’t need batteries, we could just wind it up! 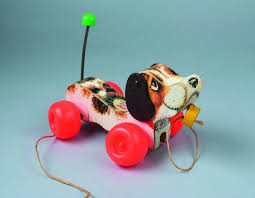 This pull along toy has entertained generations of young children. The original toy was released in 1938. This final model was discontinued in 1980 but we loved handing down toys in the 80’s so it was very likely that you would have one of these kicking around. 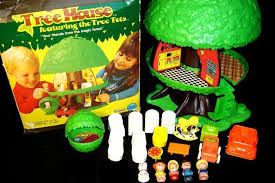 This was a cool toy, you pressed a button on the top of the tree and it opened up. It also came with some great accessories, including some little people, a dog and a car. 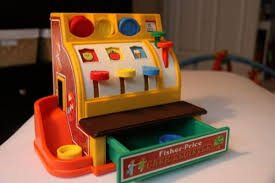 Playing shops was fun and this cash register put you in charge, as you raided your mum’s cupboards for things to sell. 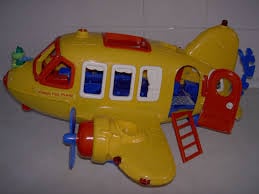 You may remember The Big Yellow Teapot or The Big Red Fun Bus. This toy was also made by Bluebird and enabled you to take to the skies in your own front room. 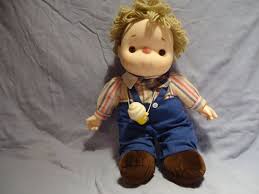 These adorable little guys were favourites for young children back in the 80’s. They had a porcelain head and a soft boy and each one came with their own little ice cream.