12 Of Our Favourite Gunge Based TV Shows

There is something very 80s about watching someone get a bucket full of gunge or slime over their head.

The sight of celebrities or innocent members of the public getting doused in gloop delighted children and adult viewers, and many TV shows have copied this messy idea over the years. Let’s take a look at some of the most memorable shows.

1. Get Your Own Back 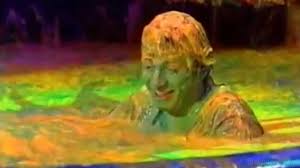 Dave Benson Phillips was the master of gunge. He gave teacher-loathing school children the hope of finally getting appropriate revenge via TV humiliation involving a pit of multi-coloured slime! 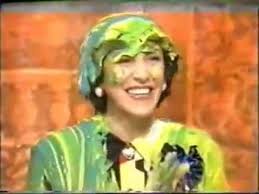 Saturday night television was worth staying in for during the 80s and 90s. Noel Edmonds was another TV presenter who was fond of the gunge, as Edwina Curry found out here. I hope that wasn’t her best frock! 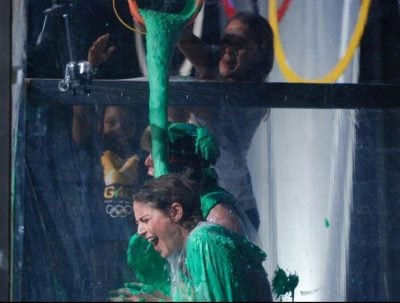 Double Dare was a segment on Going Live presented by Peter Simon between 1987 and 1992. This involved teams competing in slime-filled challenges. It was replaced in 1992 by Run the Risk, which was very similar. 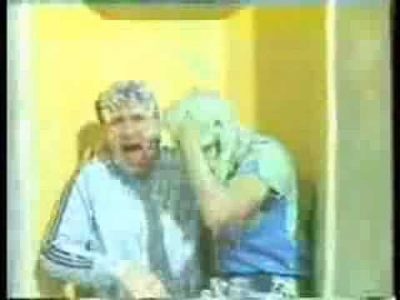 In 1982 Crackerjack responded to declining viewing figures by introducing a messy game called Take a Chance. Celebrity guests would compete against each other answering questions. If they got one wrong, host Stu Francis took delight in covering them in gunge! 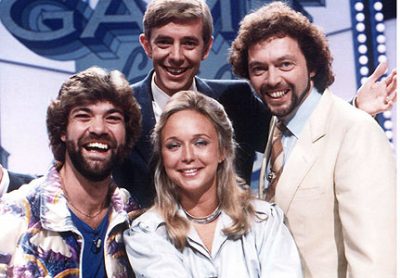 Does anyone remember the pie chair segment on Game for a Laugh. A contestant from the audience would be challenged to complete an almost impossible task and then would be hit in the face with a foamy custard pie. Yuck! 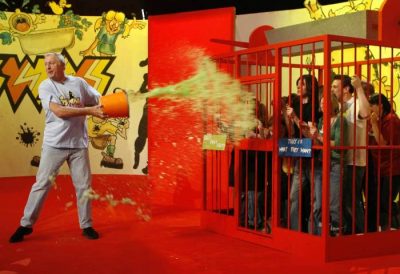 Chris Tarrant, Sally James and Bob Carolgees pelted screaming kids with custard pies and launched buckets of slime over them all in the name of entertainment. Sally James recently revealed that the custard pies were made up of shaving foam and vegetable dye and they stung like hell. They wouldn’t get away with that nowadays! 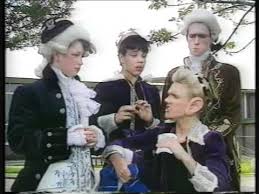 This ITV children’s comedy sketch show was broadcast between 1985 and 1988 and contained a lot of slapstick humour, often involving custard pies and/or gunge. 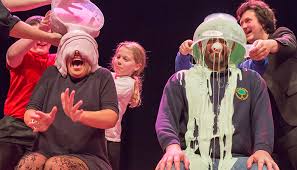 From the very beginning, Comic Relief got on board the gunge train, whether it be slime over the teachers’ heads or baths full of baked beans. 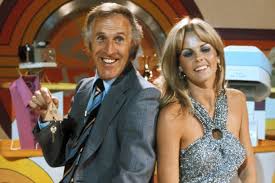 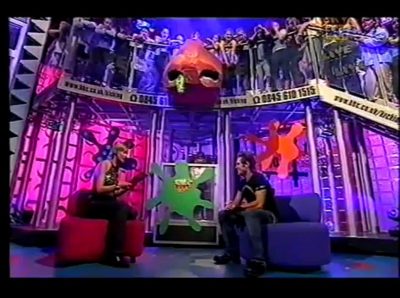 Live and Kicking took gunge to a new level in the 90s, with a segment that involved a giant nose full of slimy gunk in a segment called Stop the Snot. 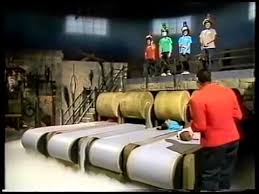 This popular Saturday morning TV show included some really fun segments. There was Mouse Trap, based on the board game, Gunge em in the Dungeon and It’s Torture. 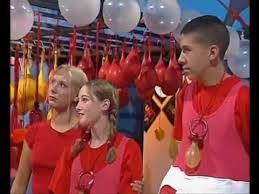 As well as getting to drive Go Karts around a track and running around a giant fun house collecting prizes, you also got covered in gunge if you were a Fun House contestant. Has there ever been a show that you wanted to go on more than this one?