11 Movie Stars You Never Knew Hated Each Other

No matter what job you do, getting along with your coworkers is usually a requirement. With that said, since movie stars bounce from project to project several times a year, they don’t have to keep their true feelings to themselves for all that long.

For some though, even having to deal with co-stars for weeks or months can be impossible, leading to feuds that last even once the premieres are over and the movies out of theatres.

In honour of these spats; some trivial, some hilarious and some downright troubling, we’re counting down 11 movie stars you never knew hated each other. 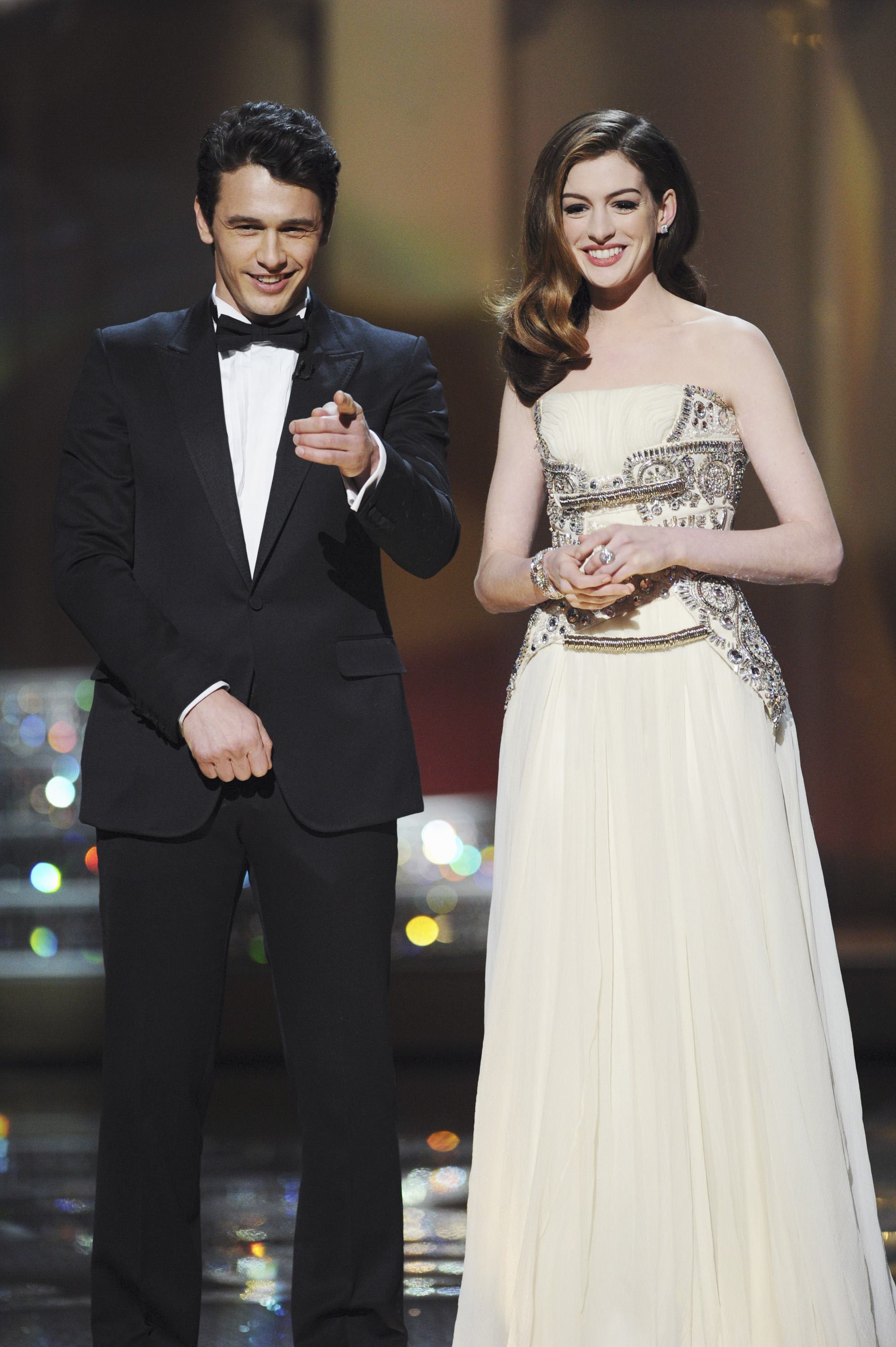 James Franco and Anne Hathaway are two of the divisive actors in the industry, with some thinking that they’re lovable balls of sunshine, while others think they’re fake and pretentious. That didn’t stop them from seeming like friends however, since they even hosted the Oscars together.

Post-Oscars though, Franco was asked why he thought so many people disliked Hathaway, and he basically threw her under the bus. Diplomatically saying that he wasn’t a hater, but he understood anyone who was after working with her. Ouch. 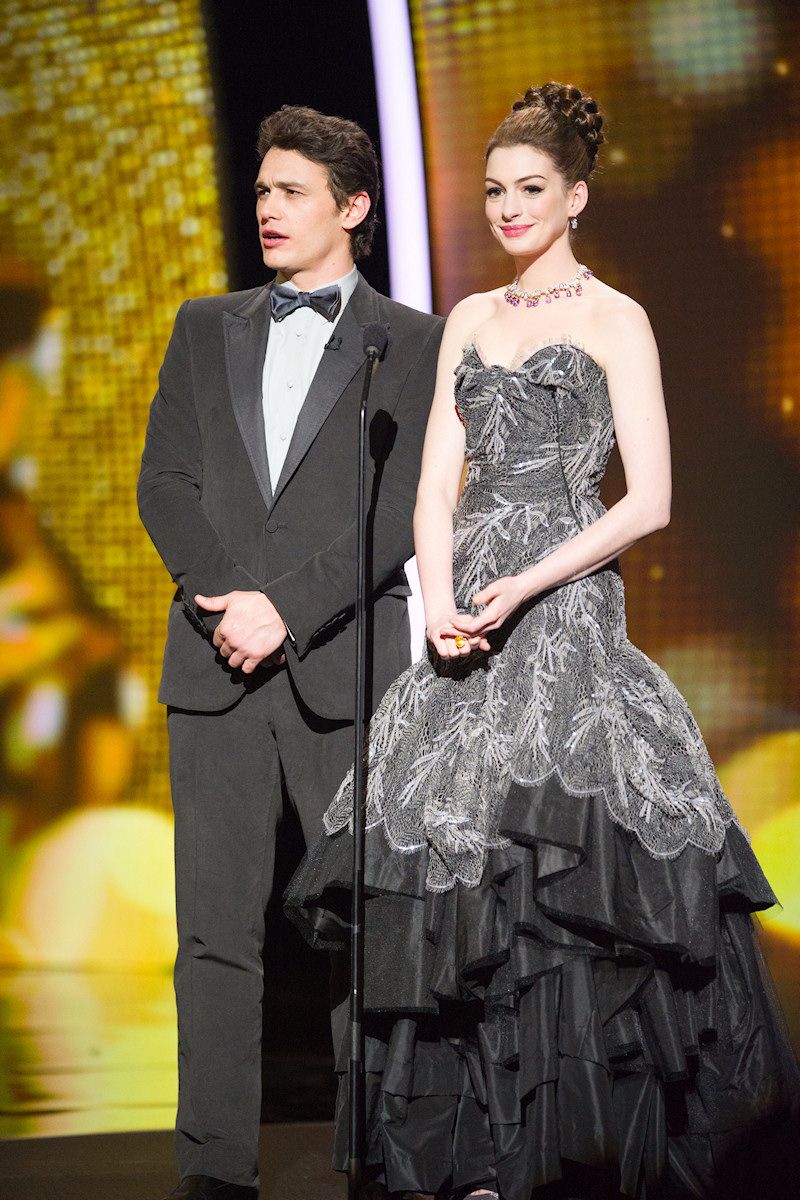 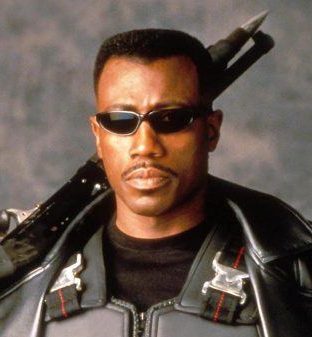 While the feuds on this list range from completely petty to completely necessary, no-one could argue that it wasn’t at least understandable in this case. Snipes was famously difficult to work with on the movie Blade – refusing to show up on set for half his scenes, and requring everyone else to be gone when it was time for him to shoot.

Reynolds took advantage of this, ad-libbing lines that were more and more ridiculous, just because he knew the editor would cut it between him and footage of Snipes badly reacting. He’s also been vocal about how difficult Snipes was, leading to Snipes refusing to ever work with him again. 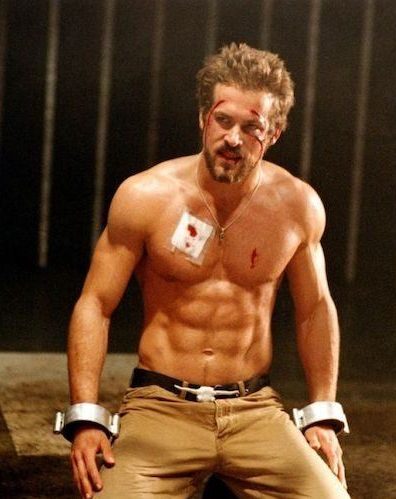 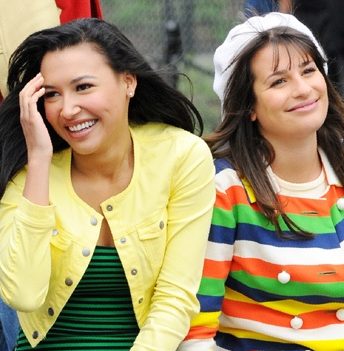 It seems like a whole ice age ago now, but there was a time when Glee was one of the biggest shows on television. The show centred around actors in their early thirties portraying high schoolers, but they definitely managed to get into character, since the production was plagued with high school drama.

Michele and Rivera were constantly spatting, with Rivera thinking Michele was a spoiled diva, and Michela thinking that Rivera was trying to steal her screen time. In reality, the opposite was true, as Michele eventually successfully conspired to get Rivera written off the show. 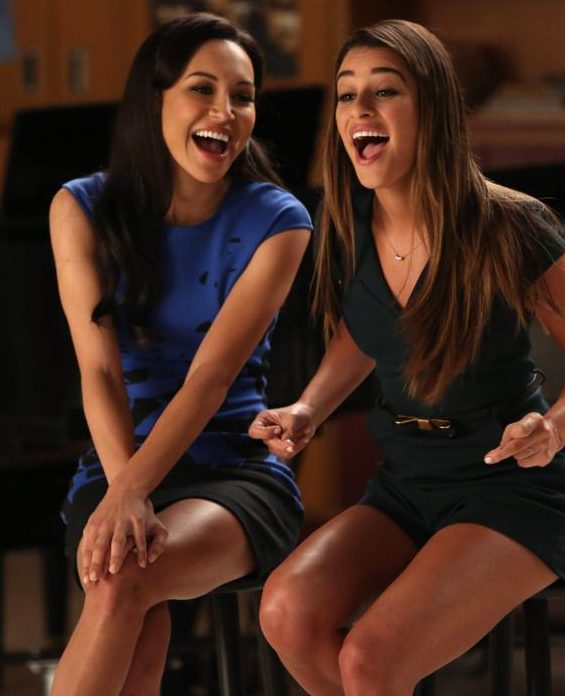 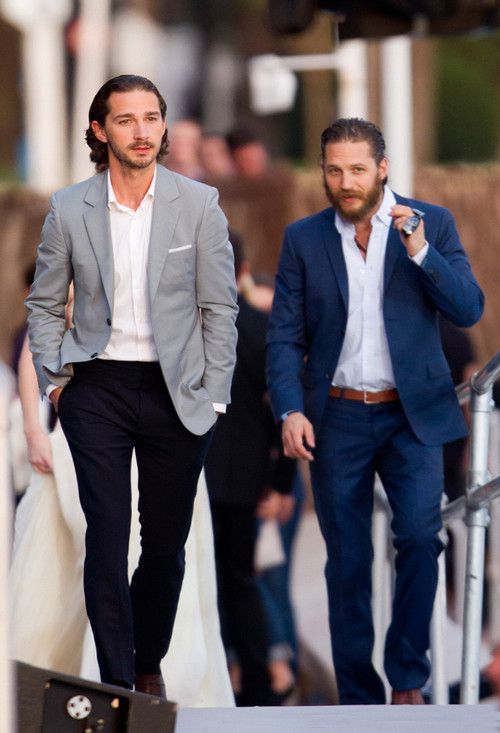 As far as Hollywood goes, Tom Hardy is about as normal as it gets, with no major scandals or diva behaviour to his name. By contrast, Shia LaBeouf is mostly famous for being Shia LaBeouf.

Hardy and LaBeouf’s differing approaches to acting came to a head when they worked on Lawless together, and LaBeouf got so drunk on moonshine that he took a swing at Hardy.

He insisted it was just part of him getting into character, but Hardy disagreed, and the two have not been friends since. 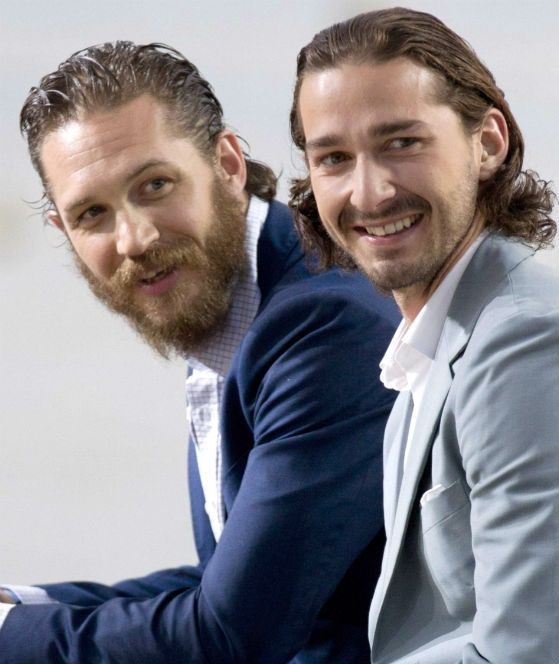 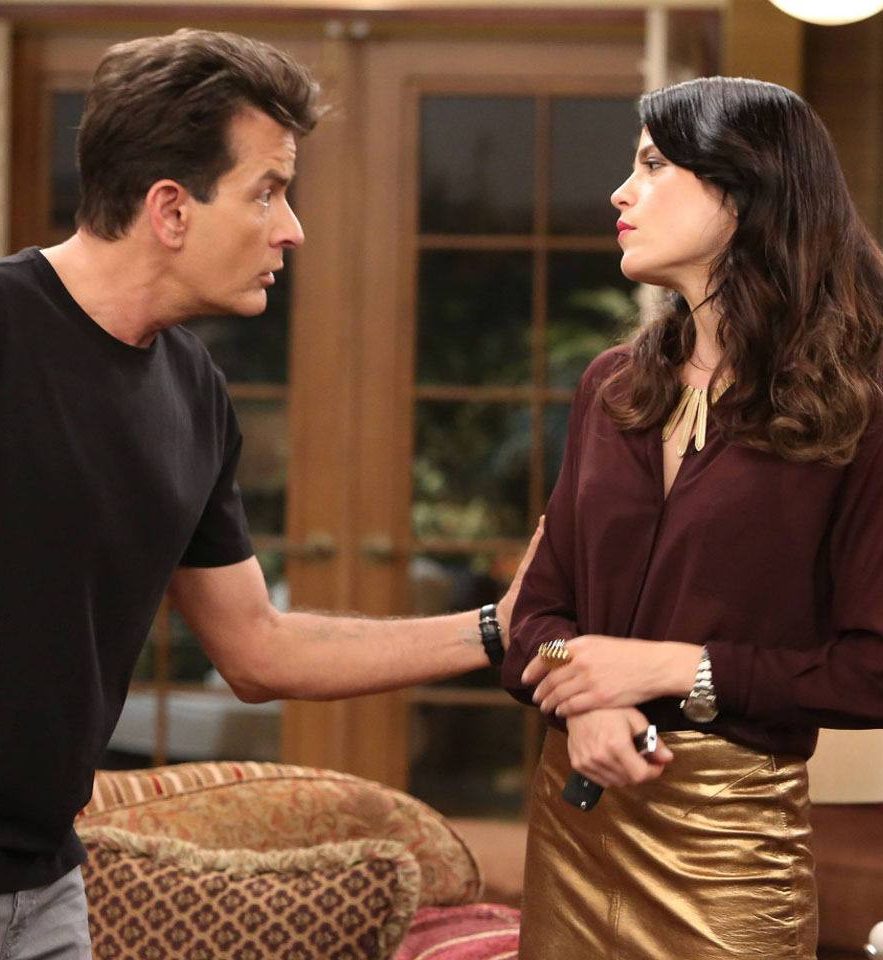 Charlie Sheen has been famously difficult to work with since before his time on Two and a Half Men, and even before his viral insanity wherein he claimed he was a winner because he had tiger blood. Still, Selma Blair agreed to work with him anyway, even if it didn’t last long.

Blair eventually tried to fire Sheen from the show they were working on together, claiming his laziness and unprofessionalism as the reason, since he constantly showed up late and put in no effort. Unfortunately, Sheen was the executive producer of the show, so he fired her instead and texted her calling her every curse name under the sun. 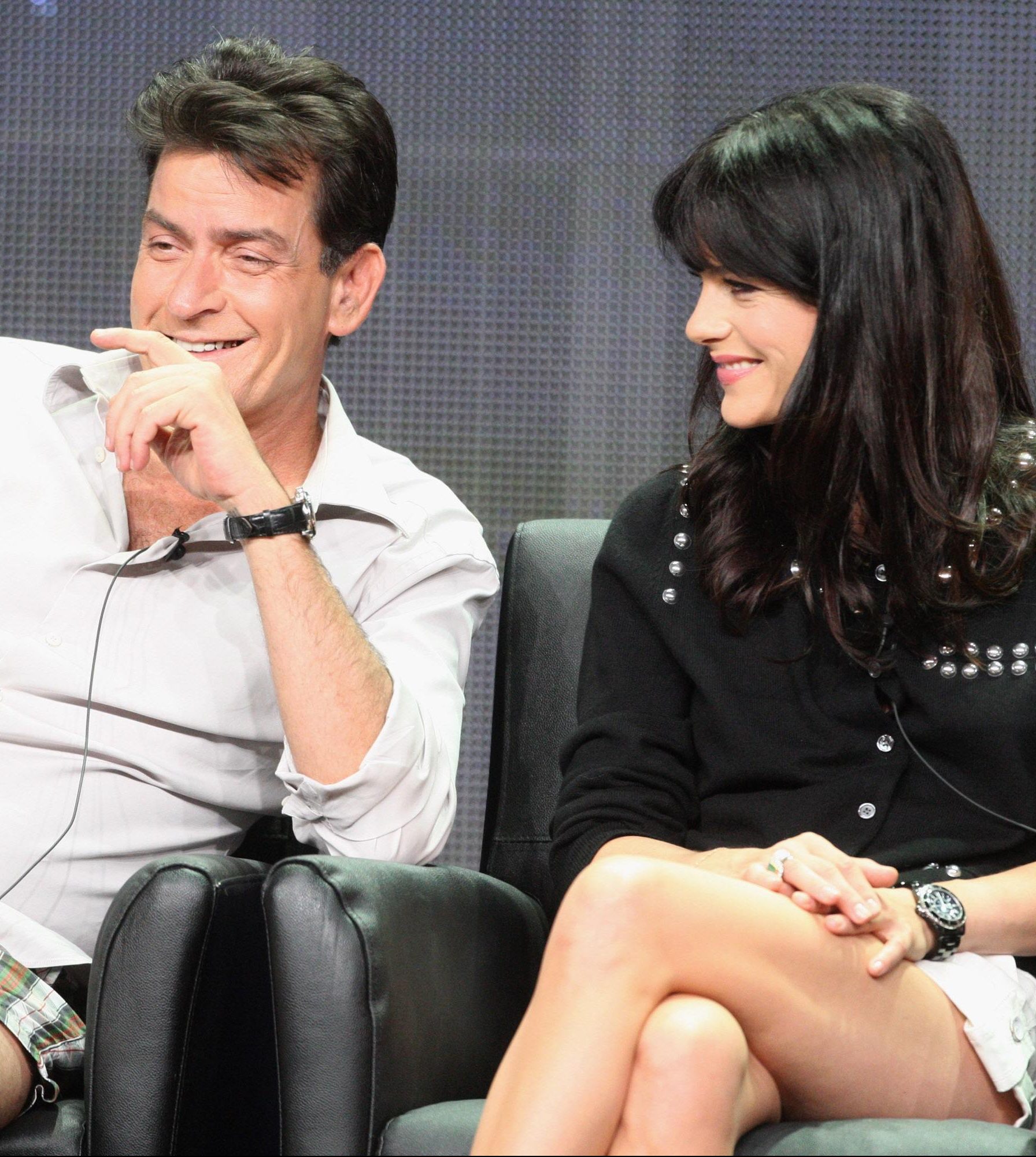 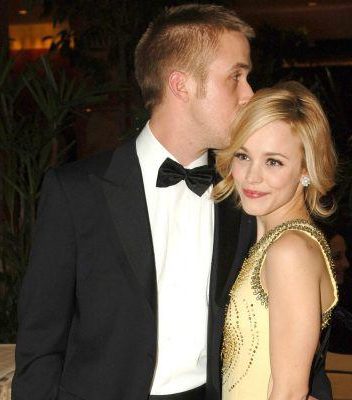 There are several classic love stories that have been immortalised in cinema, but one that people seem to never get tired of watching is The Notebook, starring Ryan Gosling and Rachel McAdams as the lifelong lovebirds.

However, the two were far from loved up on set, having so little chemistry for the first few weeks of shooting that Gosling begged for McAdams to be recast. Instead, the director insisted they go to legitimate couples therapy, which led to them screaming at eachother for three hours before getting along much better. 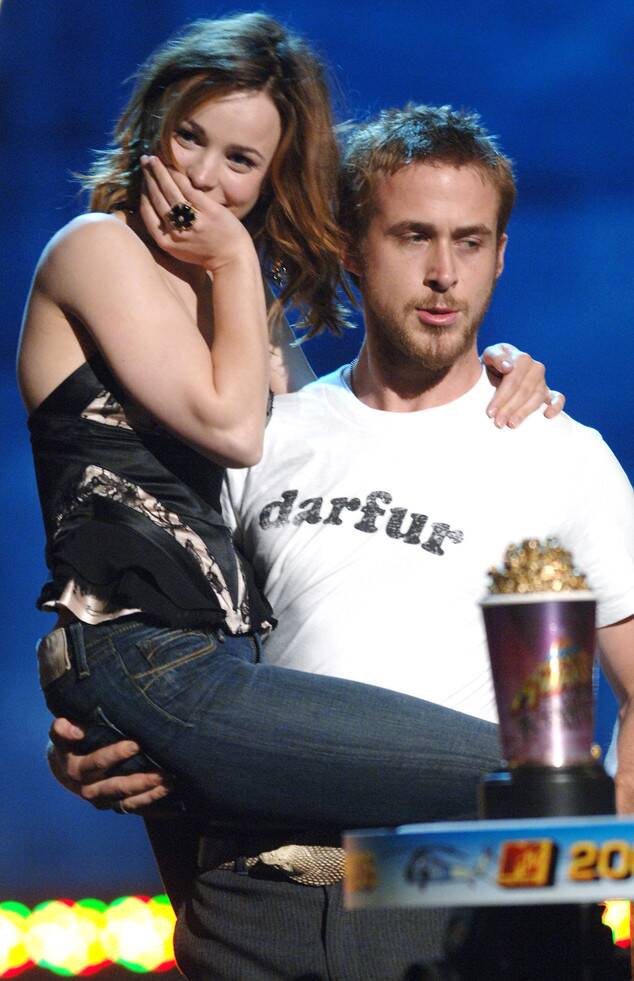 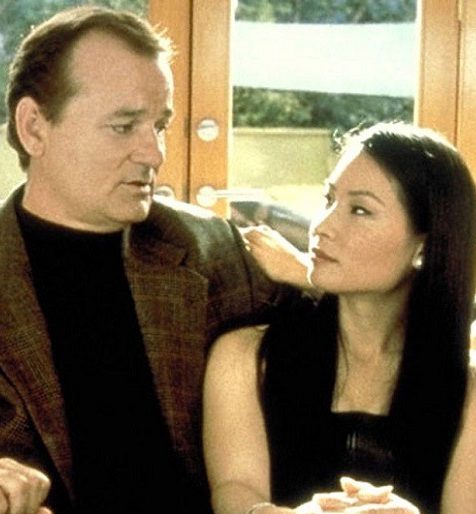 Lucy Liu has a reputation nowadays as a powerful actress who takes no nonsense, so everyone really should have predicted how this spat was going to play out. She was perfectly cordial on set, but when he said she had no experience and couldn’t act, she snapped.

It’s unclear what she said or did, but it became clear that Murray wasn’t as bankable as he thought he was, as he was quickly fired and replaced in the second movie by Bernie Mac. 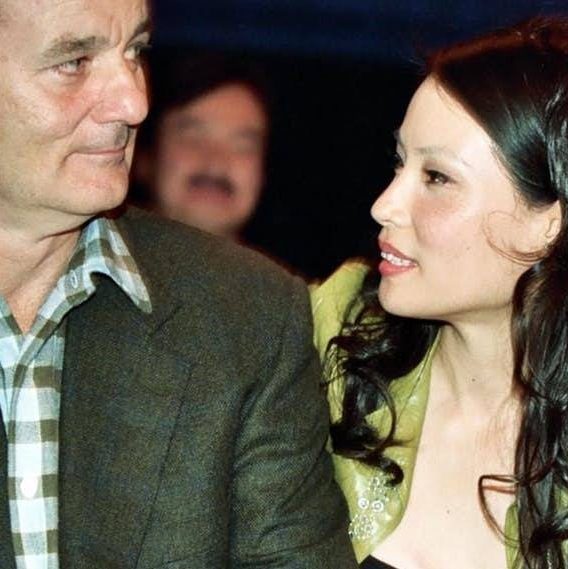 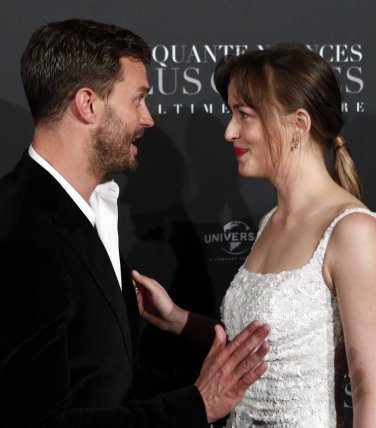 Fifty Shades Of Grey doesn’t really have a plot, instead it’s just about watching two hot people think about being in a relationship together. That means that the film completely relies on the chemistry of the two stars, but they, unfortunately, didn’t have any at all.

It got so bad that the two would sit next to eachother in interviews, barely talking and refusing to look at eachother. Johnson called Dornan difficult to work with and not understanding of her shyness, while Dornan maintained that Johnson was just no fun to be around. 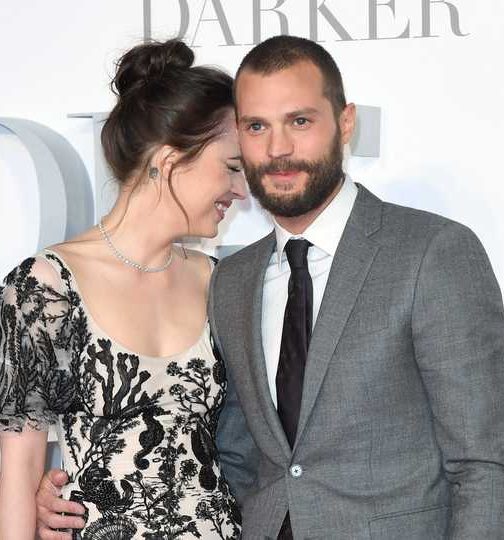 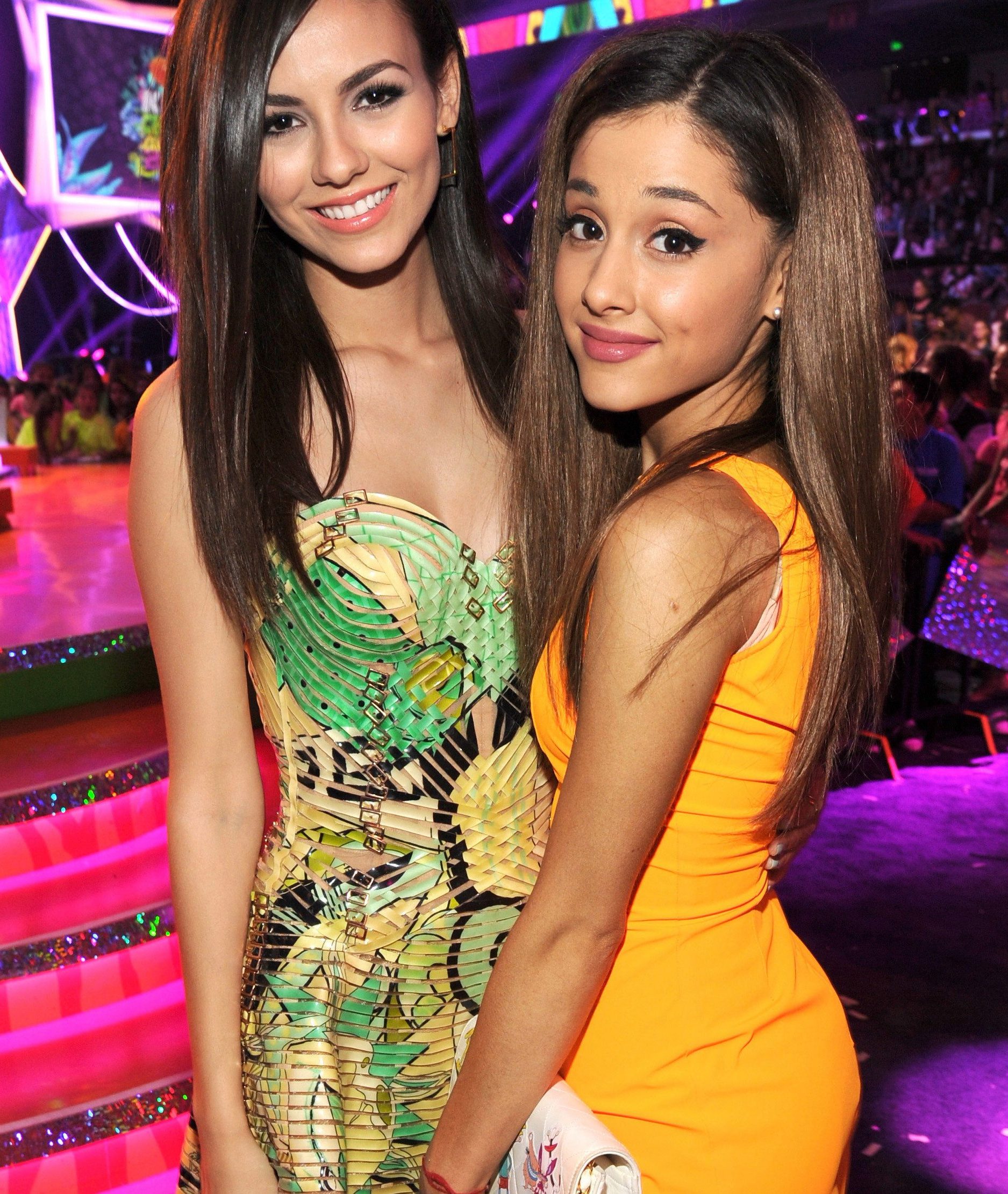 Ariana Grande might be mostly known as a pop star now, but she began her career as an actress on the Disney show Victorious. As the name might suggest, Grade wasn’t actually the star of the show, and fell into second billing behind Vitoria Justice herself.

The two fought constantly on set, with Justice being mad that Grande’s spinoff show Sam and Cat was airing while Victorious was cancelled. In contrast, Grande was mad that Justice wanted to tour by herself instead of as a part of the cast, which apparently led to Victorious being cancelled in the first place. 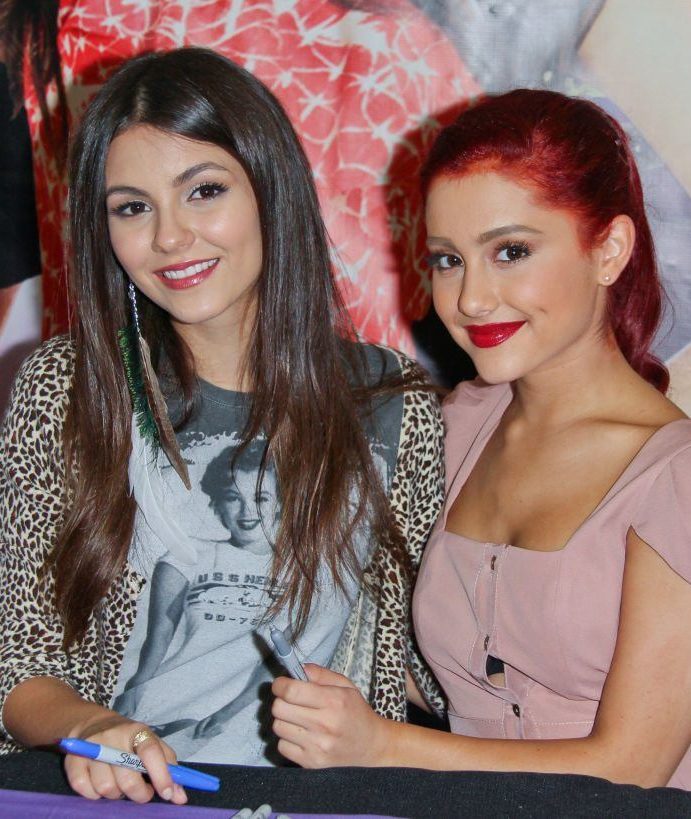 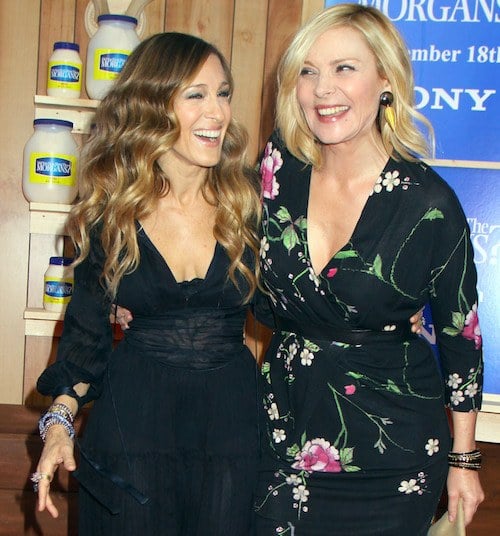 Sex and the City wasn’t exactly devoid of drama plot-wise, so it makes sense that some of that catty tension spilt out into the real-life filming of the show. The two costars started off close, but the relationship shattered when Cattrall found out that Jessica Parker was making double what the show’s other stars were.

Meanwhile, Jessica Parker was secretly fuming that Cattral’s character was quickly becoming a fan-favourite, eclipsing her own. Both have avoided talking about the feud despite not bothering to hide it, but it’s said to be the reason why there will never be a third movie. 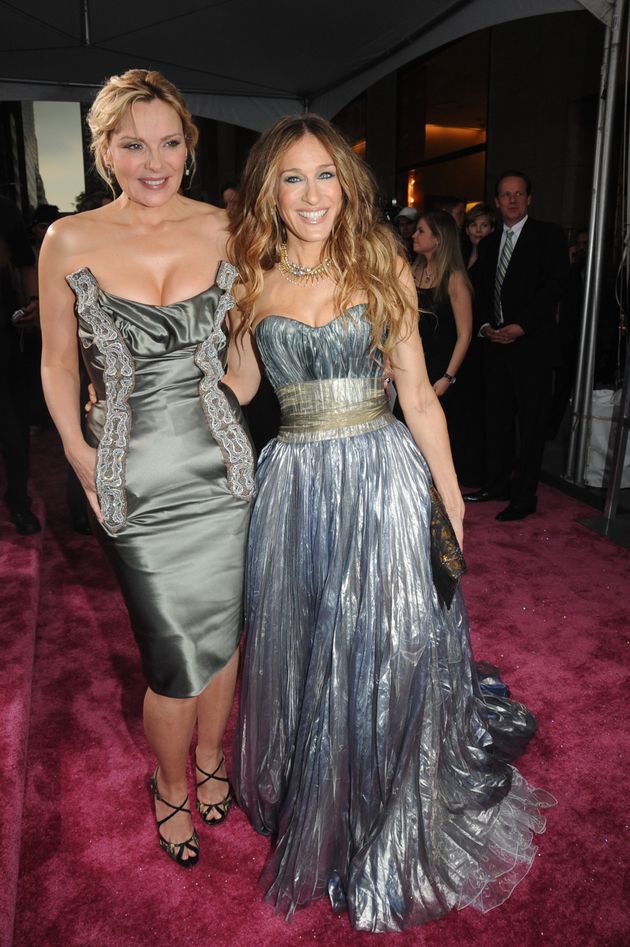 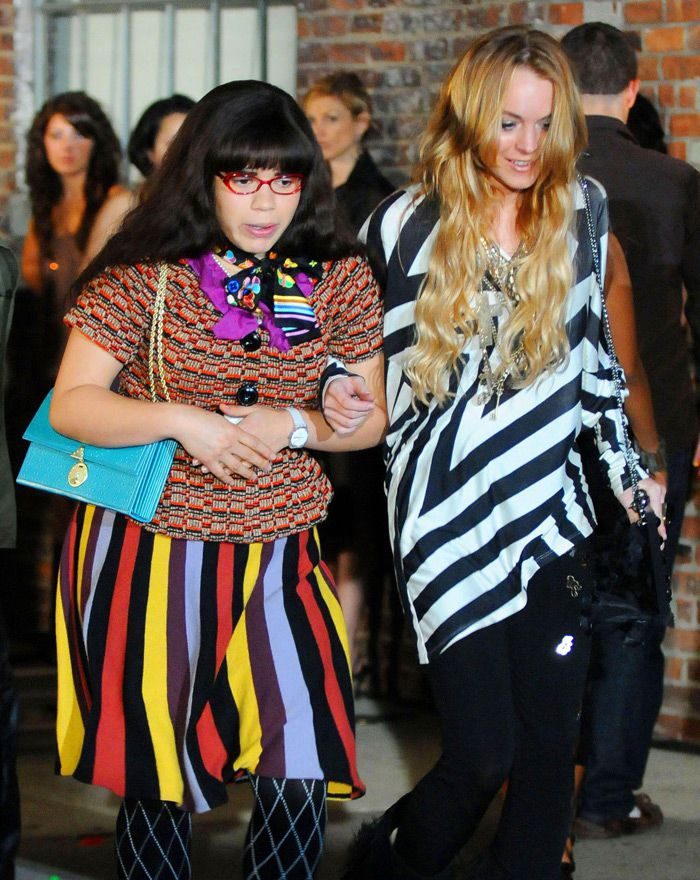 It’s understandable when costars start to grate on eachother after spending months or even years filming the same TV show together, but when you can’t even get to the end of your eight episode arc? That’s a sign that you might be a little difficult to work with.

That’s what happened here – Lohan had a featured role that was cut from eight episodes to six after Ferrara swore she couldn’t take it anymore, due to Lohan smoking constantly, hanging out with a huge enterougue, and seeming completely uninterested in being in the show. Yikes. 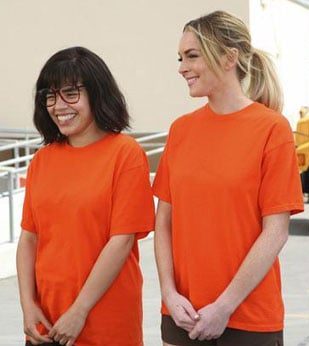