Although we love the TV watching options we have in the modern day, especially when it comes to streaming services such as Netflix, there are still a number of things that we miss about the 1980s.

During our childhood we couldn’t easily access the latest home movie releases, but when we were able to what joy they brought, especially when they came in the form of a VHS tape.

Because not only were many of the movies themselves absolute classics, but lots of them came packaged within the most beautiful artwork. So we bow down to the person who has created the following 12 VHS covers that are based on some of the most popular modern movies! 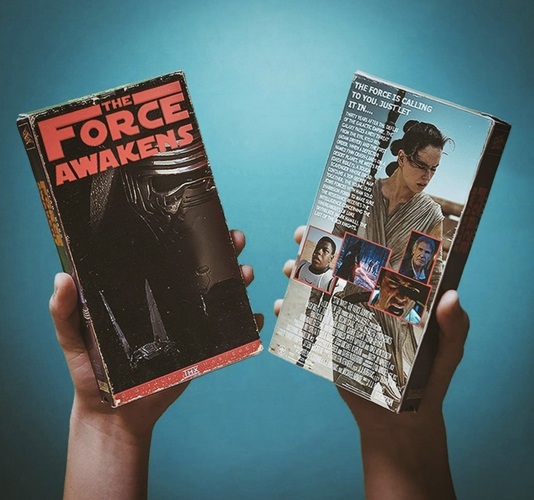 Not only has this unnamed artist created brilliant looking VHS covers for modern movies, but he’s even gone so far as to create the reverse and sides of them also.

And as you can see from this example, they really do look like they’ve come straight out of the 1980s! 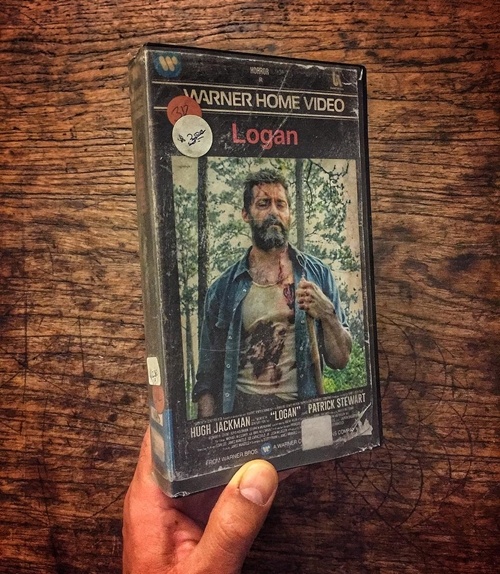 A fantastic movie that now has a fantastic retro VHS cover, Logan has never looked better.

We love how the covers have been created with realistic wear and tear, and even rental shop price stickers on them. 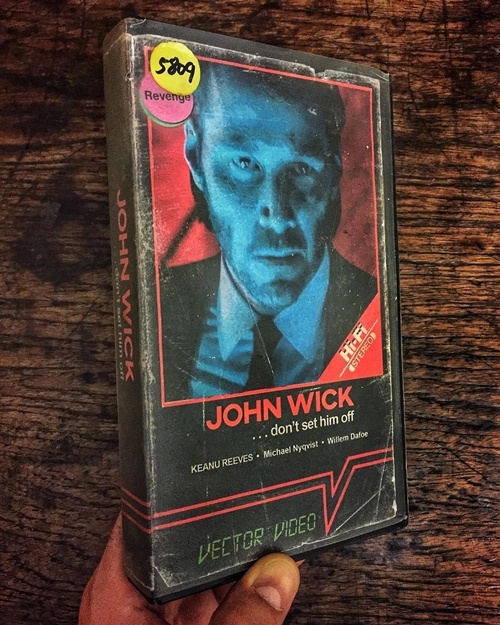 As much as we loved VHS tapes, some of them used some quite awful movie stills on the front cover.

Something that this amazing artist knows only too well with this John Wick VHS, featuring a blurry, out of focus Keanu Reeves on the box. 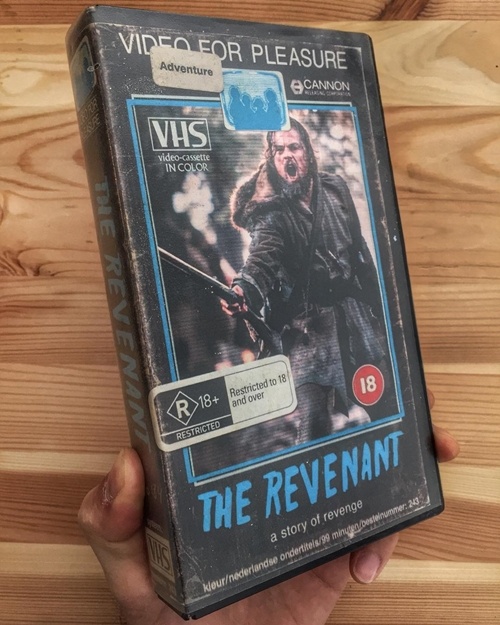 The Revenant is one of the greatest movies of the last decade, although seeing this cover we could definitely be fooled into thinking that it was released in 1986!

We’re used to watching everything in HD these days, but it would be interesting to watch The Revenant in VHS quality. 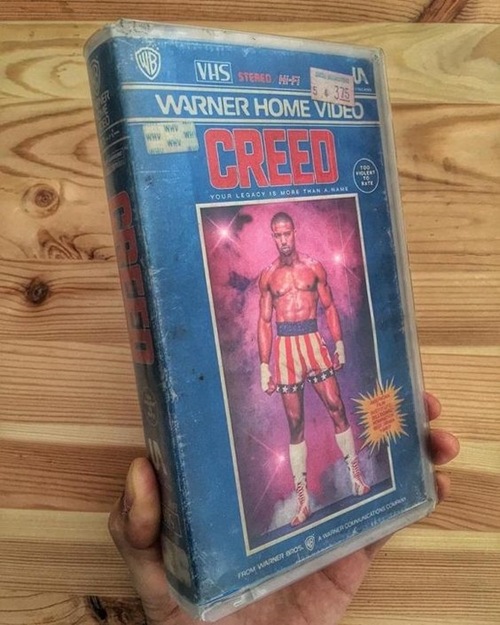 Rocky and its sequels were of course classics of the VHS era, so what better movie to choose to reimagine than Creed.

If they were to open a video rental shop with all of these VHS tapes, we’d definitely enjoy a good browse, and would maybe even rent one or two! 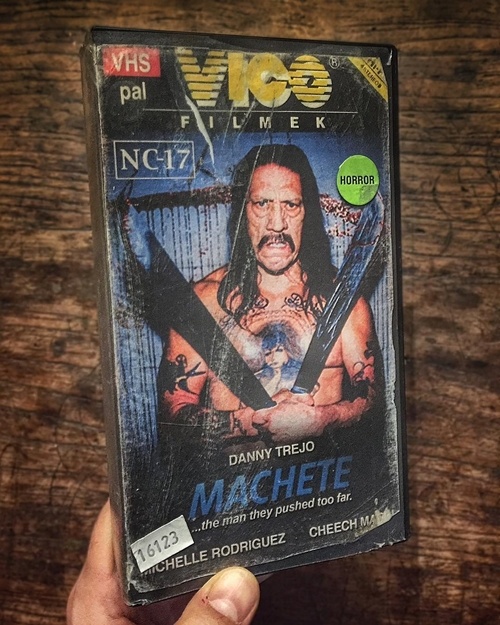 Another modern day movie that could have come straight out of the 1980s, Machete is a perfect fit for VHS.

However, when we were kids this may well have been considered a ‘video nasty’ and banned! 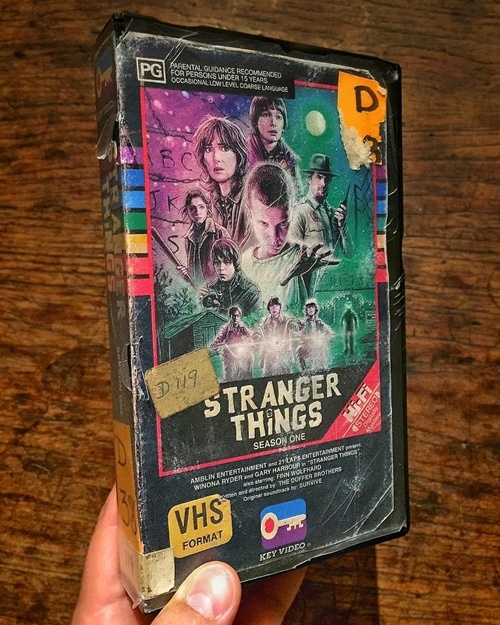 Ok, so it’s not a movie, but we’re such big fans of Stranger Things that we just had to include this VHS cover on our list.

Stranger Things is of course set in the 1980s, so this cover is an absolutely perfect fit. 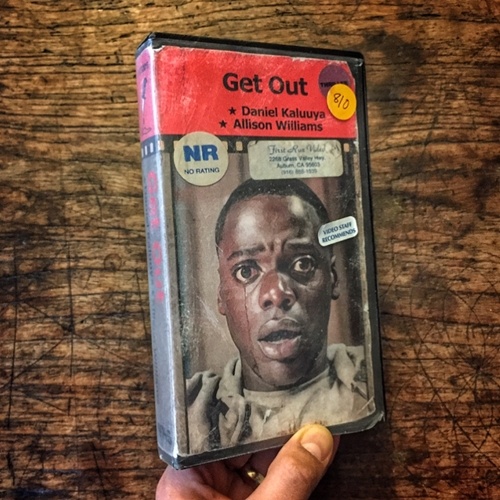 Coming with a ‘video staff recommends’ sticker, the brilliant Get Out is another movie that you could be fooled into thinking was released decades ago.

If you’ve yet to watch this brilliant movie then you really should rectify that as soon as you can. 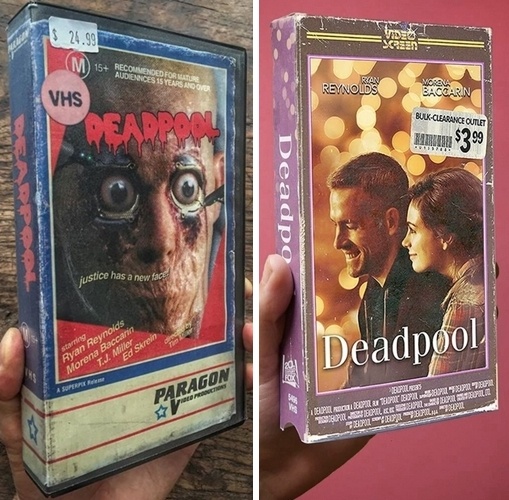 We have not one but two reimagined VHS covers for Deadpool, and they couldn’t be more different.

The first cover markets Deadpool as a horrific body horror, whilst the second shows it as being a romantic chick-flick! 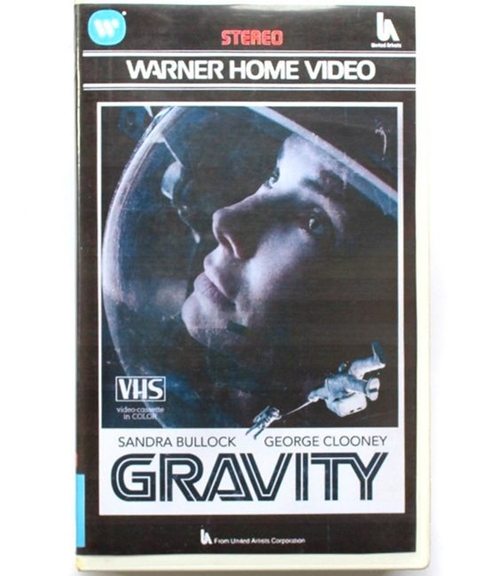 It may contain some of the most cutting edge special effects ever to grace the silver screen, but we still love seeing Gravity as a VHS.

It is however a movie that demands to be watched in HD, so you can view all the stunning action sequences in detail.

2. The Wolf of Wall Street 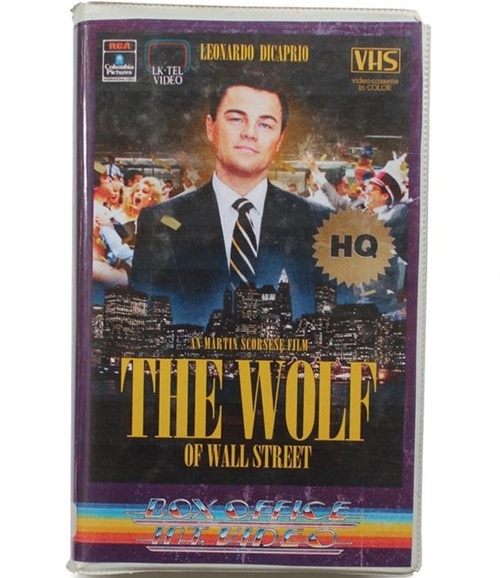 Martin Scorsese movies have graced many a VHS cover over the years, so it’s great to see one of his more modern offerings displayed in the same format.

Seeing these has made us nostalgic for the days when we would spend hours browsing VHS rentals in our local store. 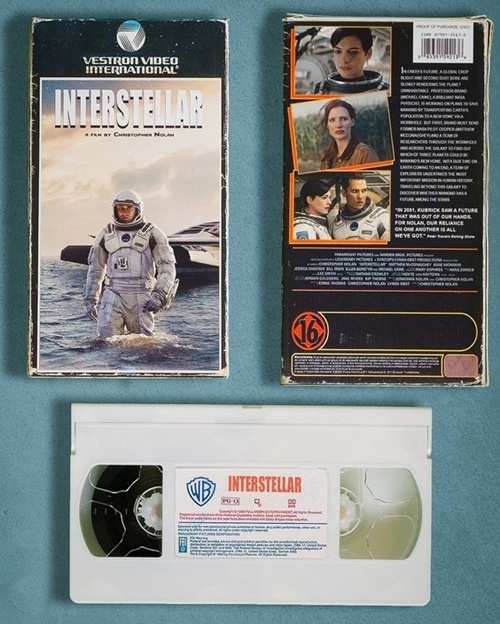 Our final offering is Christopher Nolan’s Interstellar, which looks beautiful reimagined as a VHS from the 1980s.

Perhaps they should start releasing collectible copies of all modern movies in this format?