12 Magical Facts You Never Knew About The Neverending Story!

The Neverending Story is one of the most wonderfully charming kids films of the 1980s. The movie follows the story of a young boy named Bastian who reads a book about a young warrior tasked with preventing ‘the Nothing’ from engulfing his magical world! Enjoyed by kids and adults alike, The Neverending Story introduced us to a diverse array of characters including Atreyu, the Moon Child and Teeny Weeny.

This film is full of magical fantasy, wonderful creatures, and moments that either make us laugh out loud or scar us for life (if you’ve seen the film then you know the scene I’m talking about!!). Join us as we look back at The Neverending Story and bring you 12 magical facts you never knew about the film. Enjoy! 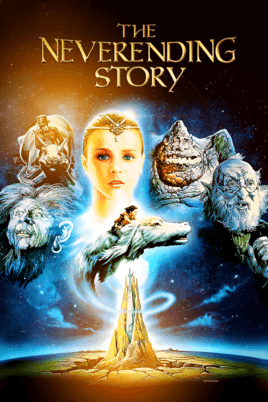 1. One of the stars was injured on set

Noah Hathaway, who played Atreyu in the film, was injured on the set when he was thrown from his horse. The rogue horse then proceeded to step on him, injuring poor Hathaway in the process. Ouch!

2. Things only got worse for Hathaway

Remember the drowning sequence in the Swamp of Sadness? Atreyu’s horse gets dragged down into the water and he has to try and help his steed get up. Following his previous injury, Hathaway got his leg caught in the elevator that took his horse down in the drowning sequence and was pulled under the water. By the time the young actor was pulled out he was already unconscious – but ultimately survived the incident. Phew!

3. Hathaway nearly lost an eyeball at one point during filming

Things really did go from bad to worse for Noah Hathaway! When filming the scene in which Atreyu battles against Gmork, one of Gmork’s claws caught the young actor in the face and could easily have resulted in him losing an eye. Thankfully this time around, no serious injury occurred. 4. At the time, The Neverending Story was considered to be a big budget film

During the time that The Neverending Story was first released, it actually turned out to be the most expensive film ever produced in Germany! The film cost a staggering 60 Million Marks to produce (Approx 27 Million US Dollars). Nowadays that’s small fry for some of these huge Marvel franchises, but still – The Neverending Story was definitely ‘big budget’ in the 1980s.

5. Atreyu was supposed to be completely green

The character of Atreyu was originally going to be green like he is in the book, but apparently when the make-up artists turned Hathaway into a green-skinned human, he ended up looking unintentionally ridiculous on camera. Apparently Hathaway himself once explained: “It wasn’t believable, I looked like fungi!” 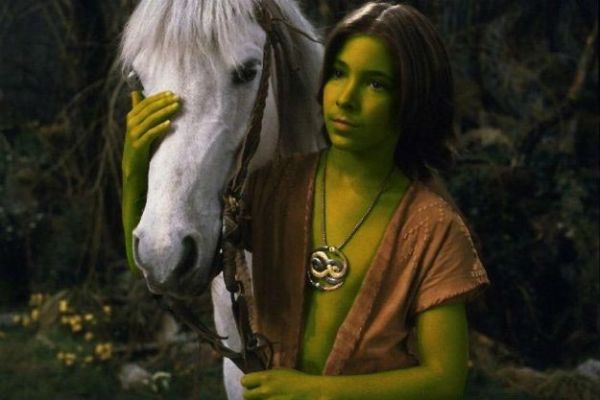 6. The Empress almost had a lisp

Tami Stronach – who played the Empress in the film – lost her two front teeth shortly before filming and ended up having to wear two new fake ones which had been hastily made up by the props department. However, the fake teeth left Stronach with a bad lisp until she eventually managed to adjust to them.

7. The Auryn is now kept in Steve Spielberg’s office

The original Auryn prop used in the film now has pride of place in Steven Spielberg‘s office in a glass cabinet where he is able to show it off. Nice! 8. The author of the original book was not happy

The author of the original Neverending Story book, Michael Ende, was so unhappy with what the producers had done with his story and how they had changed it that he refused to have his name appear in the opening credits. Instead Ende appears as a small credit at the end of the movie.

9. Ende actually tried to get the movie cancelled

Michael Ende went to the producers and asked that the movie either be cancelled or else have it re-named but the studio had bought the rights fairly. Ende took the issue to court and ultimately lost the suit.

10. One of the props was extremely big

Can you guess which one? Apparently the model used for Falcor in the film really was huge, measuring in at over 43 feet long, with 6,000 plastic scales. The head alone was three feet long. That’s one big movie prop!

There have been many rumours since the movie was filmed that the horse actually died in the Swamp of Sadness scene, when it tragically sank to the bottom of the swamp. Fortunately this is simply not true and the horse was completely unharmed.

12. The horse was given to Hathaway as a gift

Following filming of The Neverending Story, the horse used in the film was actually given to Noah Hathaway as a gift. However, due to complications with quarantine, sterilisation and the cost of transportation the horse ultimately stayed in Germany. It was still a nice thought from producers though…