12 Incredible Facts You Never Knew About Jim Henson’s The Storyteller!

The Story Teller was a classic series that we used to love watching when we were growing up. It followed the titular Story Teller and his dog who would introduce classic fables each week. 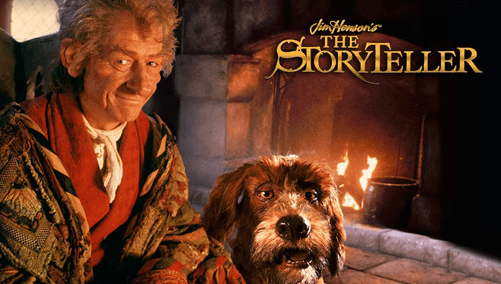 The show was surprisingly dark at times, but very enjoyable, and it’s now available to watch on Amazon Prime so what better time to look back at this classic show with some facts about it you probably didn’t know?…

1. Its star loved the show 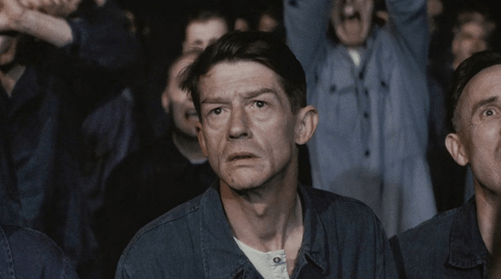 The star of The Story Teller, Sir John Hurt, loved the show and it was one of his favourite projects from a long and successful career!

2. He wanted it to last longer 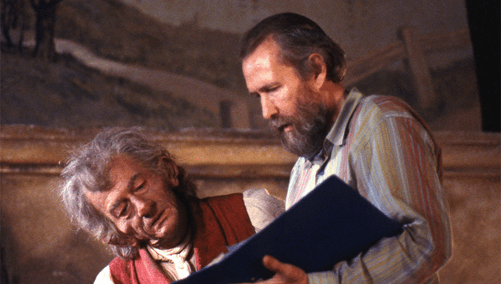 The Story Teller only had 9 episodes in its single season, and John Hurt often said he wished that they had been able to make another series and do more episodes of this classic show! 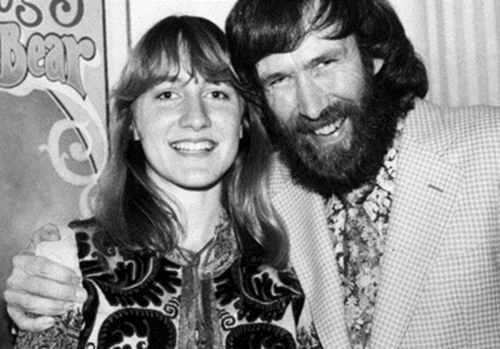 The show is often recognised as being one of Jim Henson’s finest creations along with the Muppets, but it was actually his daughter, Lisa Henson, who came up with the idea for The Story Teller.

4. This came from her studying 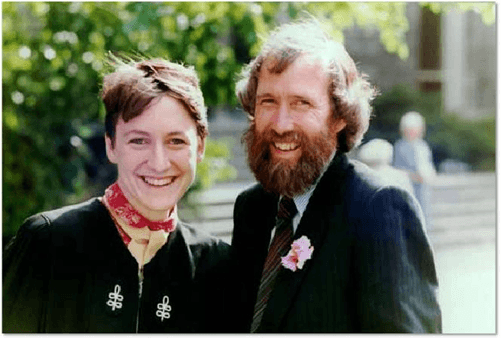 Lisa Henson studied folklore at Harvard as an undergraduate and it was her days studying there that gave her the inspiration for this classic show. 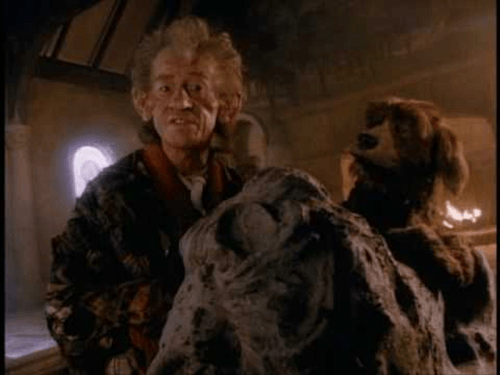 Jim Henson initially wanted the Story Teller himself to be a puppet and did not envisage using a live actor for this role, as this was more in keeping with the look he wanted.

6. A concept was even made 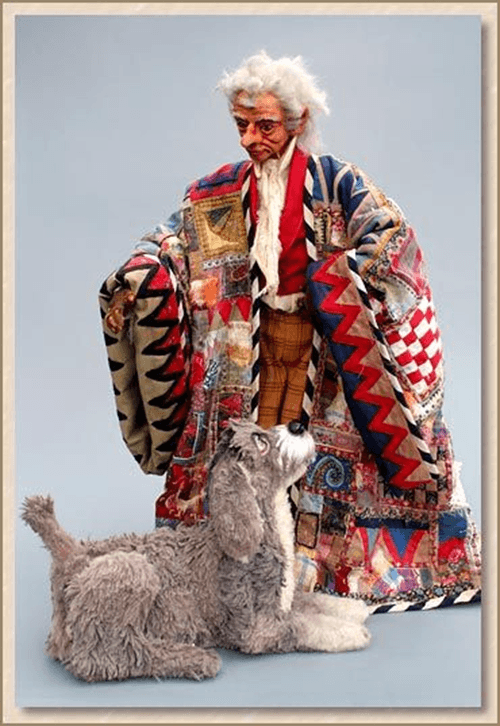 Jim Henson even went to the point of creating a concept puppet for the Story Teller and did some tests with it, but then started to have second thoughts.

7. This led to the Story Teller’s unique look

Henson decided to try using a live actor with puppet-like features, so used make-up to give John Hurt over-sized nose and ears, deciding that a live actor would give a lot more personality to the character.

8. It took time to write the series 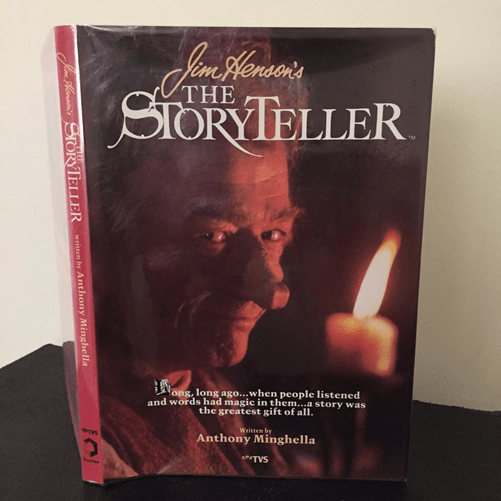 Anthony Minghella wrote the show, but it took him two years to research and write the shows, along with any tweaks that needed to be made to the scripts along the way! 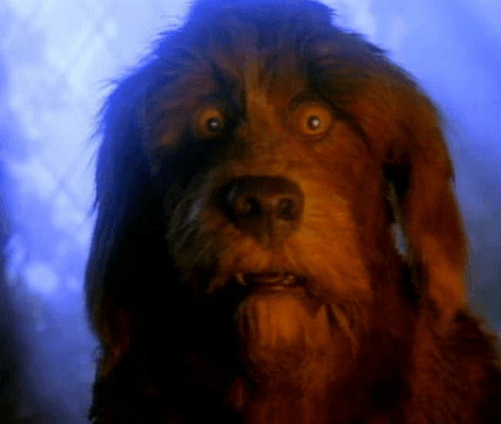 In all his early ideas for the show, Jim Henson didn’t ever think about the Story Teller’s dog being able to speak, having him as simply a dog companion. 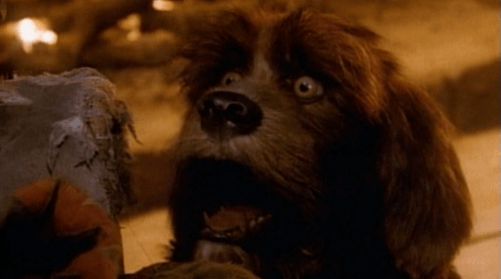 When writing the show, Anthony Minghella simply assumed that, because this was a Jim Henson production, the Story Teller’s dog would speak and so wrote the scripts on that basis!

11. Labyrinth got one director his role 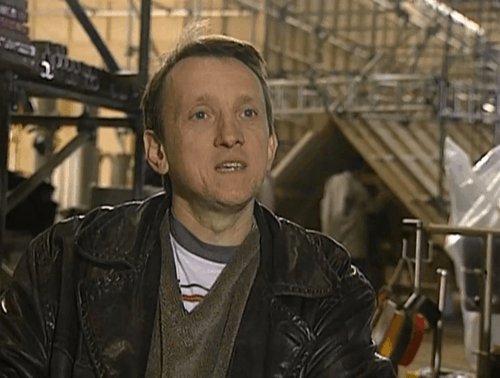 Steve Barron was given the task of directing the first episode of The Story Teller after Jim Henson saw his work directing two music videos for the classic movie, Labyrinth. 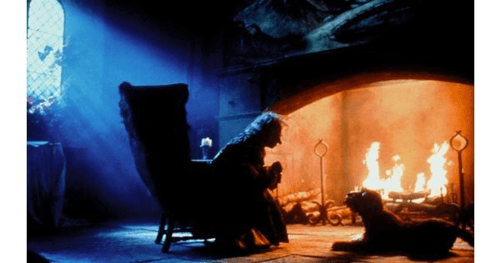 Steve Barron directed and filmed the first episode using 35mm rather than video to give it a more distinctive look and all directors of future episodes were instructed to follow this style. 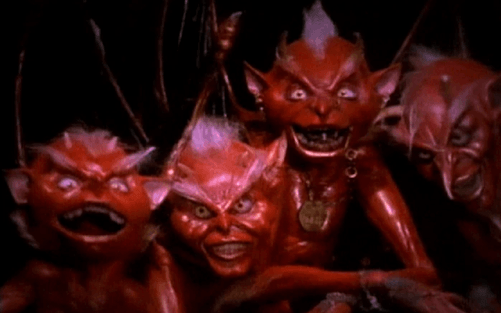 Are you a fan of The Story Teller? Will you be going back and watching them over again? Which of the episodes stuck in your mind longest after watching it? Let us know all your thoughts in the comments as always!