10 Huge Facts That You Never Knew About Big

Tom Hanks has been one of the biggest names in Hollywood for decades. However, if it wasn’t for 1988’s Big, the story of a child suddenly transformed into an adult man thanks to a misguided wish, Hanks may have reminded a relative unknown for years to come. T

Today we’re looking at the huge facts you didn’t know about this sweet tale, from the actor who wasn’t even allowed in the audition room to the huge twist that was nearly included.

10. The famous piano scene was done for real 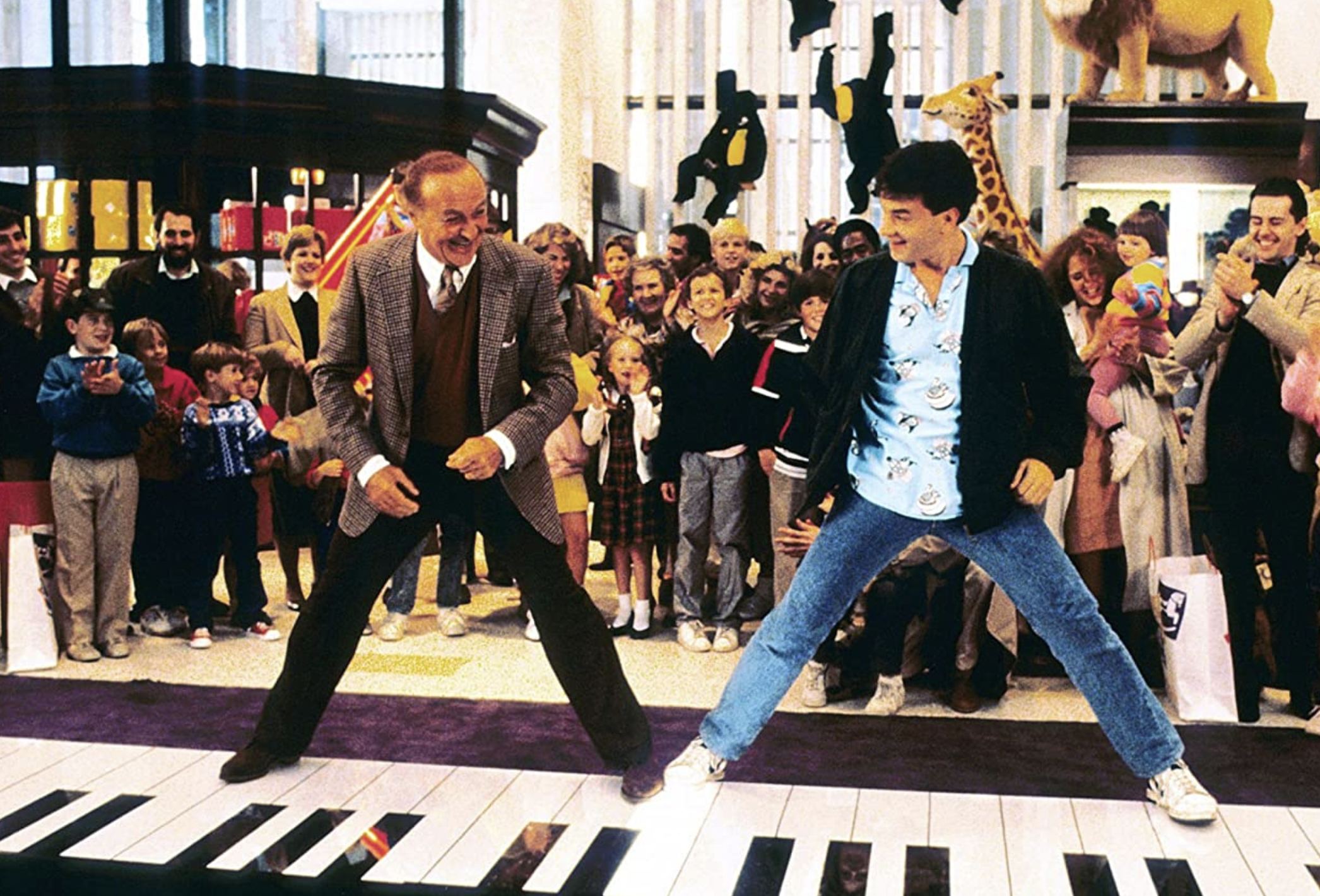 The scene where Josh and Mr. MacMillan bond over playing Chopsticks on a huge cardboard piano is not only one of the most standout sequences in Big, but also one of the most recognisable scenes in all of 80s cinema. What makes the scene even more timeless and impressive is that Robert Loggia and Tom Hanks really did perform the songs with their feet, despite the director doubting their ability to pull it off.

Director Penny Marshall first asked the two men to step back and let some specially chosen stuntmen film the sequence, but all this did was make Loggia and Hanks more indignant. The pair insisted on mastering the songs themselves and, after working hard to rehearse the scene, surprisingly delivered the whole thing faultlessly in just one take! 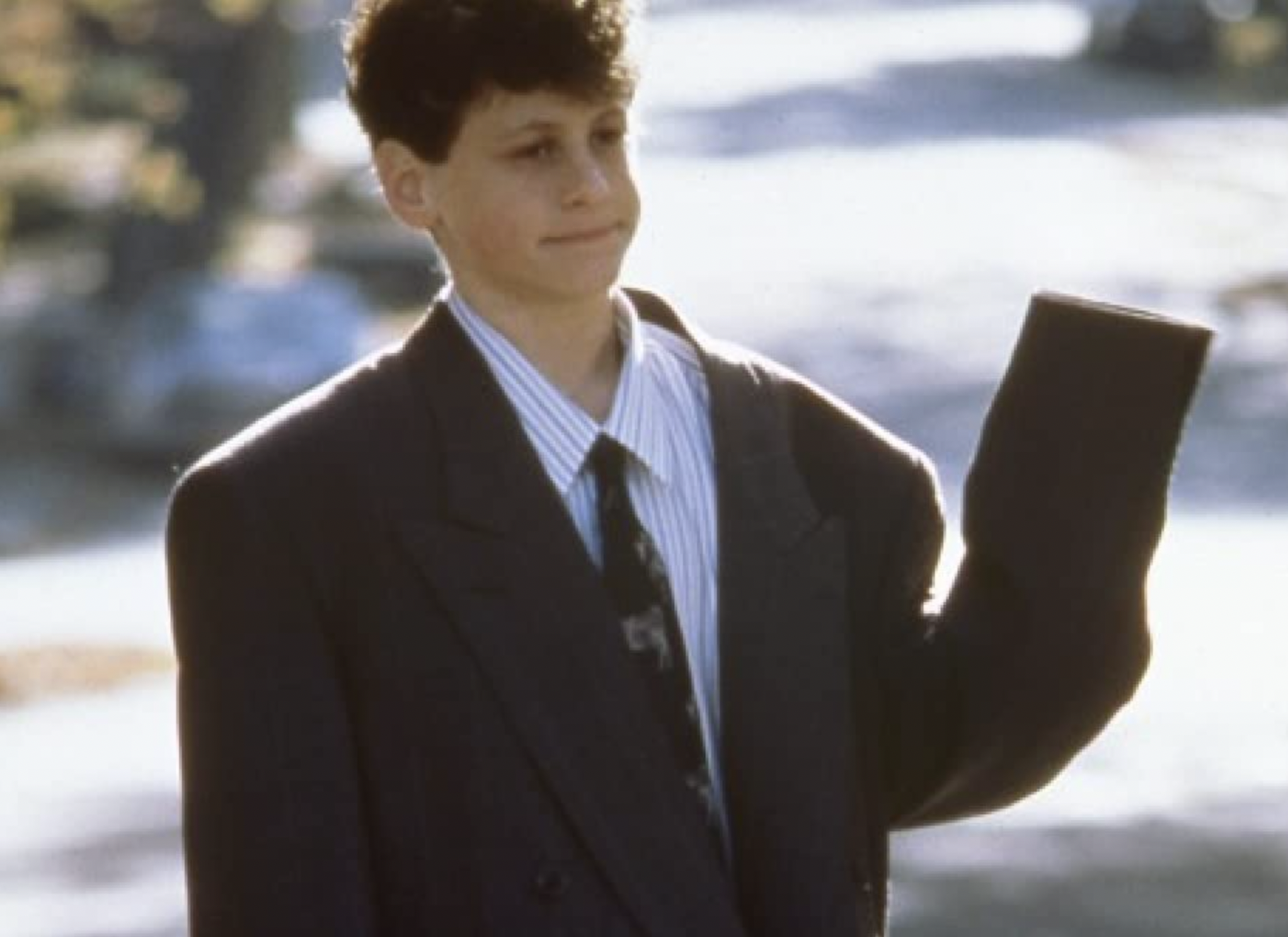 Child actors don’t really have the best reputation in general, and the 80s are littered with infamously awful performances from kid actors who hadn’t yet had a chance to really hone their skills. Therefore, it’s often assumed that young actors will take cues from their seniors on set, trying to glean all the advice they can get.

When it came to Big, however, the opposite happened. Before shooting any scene, Tom Hanks asked his younger counterpart David Moscow to act it out first, in order to see how the kid would authentically perform it. Hanks would then shoot the scene, replicating the mannerisms and vocal inflections of his young costar. 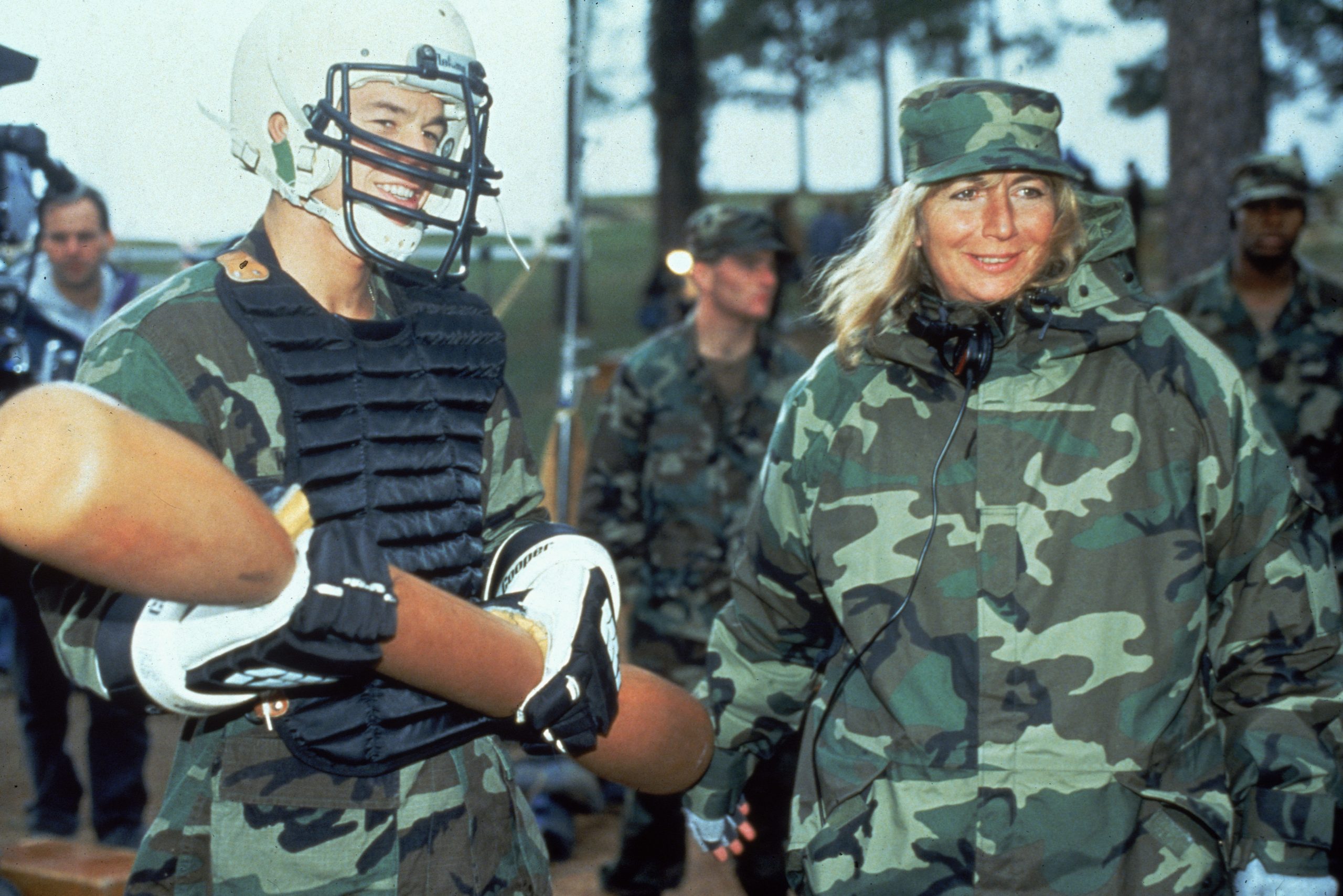 Before Big was released in 1988, Penny Marshall was mostly known for her acting chops, rather than her abilities behind the camera. In the early 80s, her directing experience was limited to a few episodes of Laverne and Shirley and an Aretha Franklin music video, making directing Big a pretty large jump and learning curve.

Thankfully she rose to the challenge and created a movie that was instantly beloved by both fans and critics. Mashall also became the first female director to direct a film that took more than $100 million at the box office, setting a new standard for herself as well as the female directors that followed! Pretty impressive, especially when you consider that she followed up Big with A League of Their Own just a few short years later. 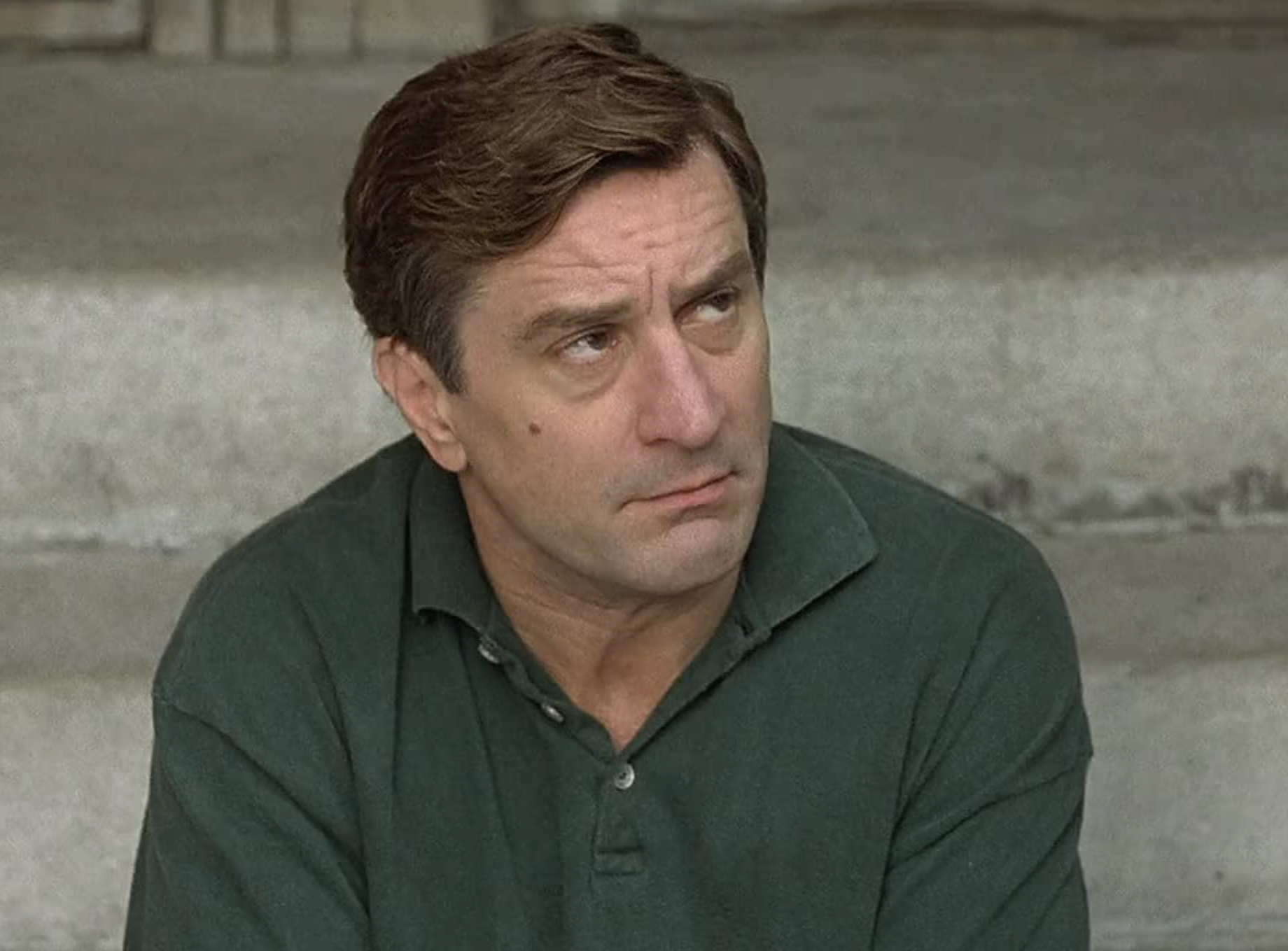 It’s almost impossible to imagine Big starring anyone other than Tom Hanks, but his casting was not always a sure thing. Everyone involved in the casting of the film was sure that Hanks was the right call, but when they first asked if he was interested in playing the character, he declined. Though Hanks was enamored with the script, the production clashed with his prior commitment to appear in Dragnet.

In his place, Robert De Niro was offered and then accepted the role, but he had to be dropped when he insisted on a salary of six million dollars, which was considered just too high for the production. The casting team set out to find their third choice for the character of Josh, but thankfully by this point, Hanks’ schedule had freed him up enough to accept the role and start shooting.

6. The kid actors were constantly shuffled around 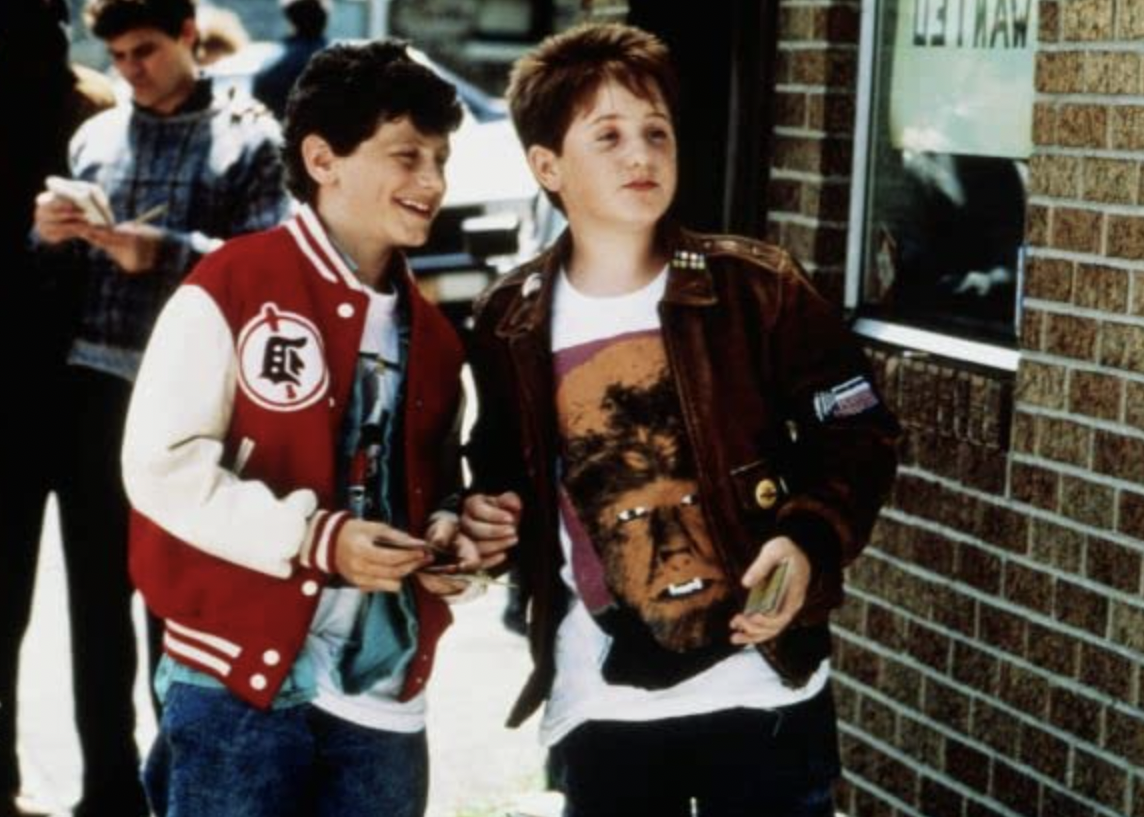 The big question mark around who would play adult Josh in big didn’t just affect Hanks and De Niro, as it had a knock-on effect on the whole production. Every time it was thrown into question again whether Hanks or De Niro would be starring in the movie, the child actors’ roles had to be switched around accordingly.

Though David Moscow looks like a pretty convincing child version of Hanks, it’s much harder to believe that he would grow up to be Robert De Niro. Therefore, whenever it looked like De Niro would be helming the movie, Moscow was recast as Josh’s childhood best friend Billy. It was a lot of change to put on the young actor’s shoulder, especially when his importance to the movie hung in the balance.

5. The cast bonded over a room of toys 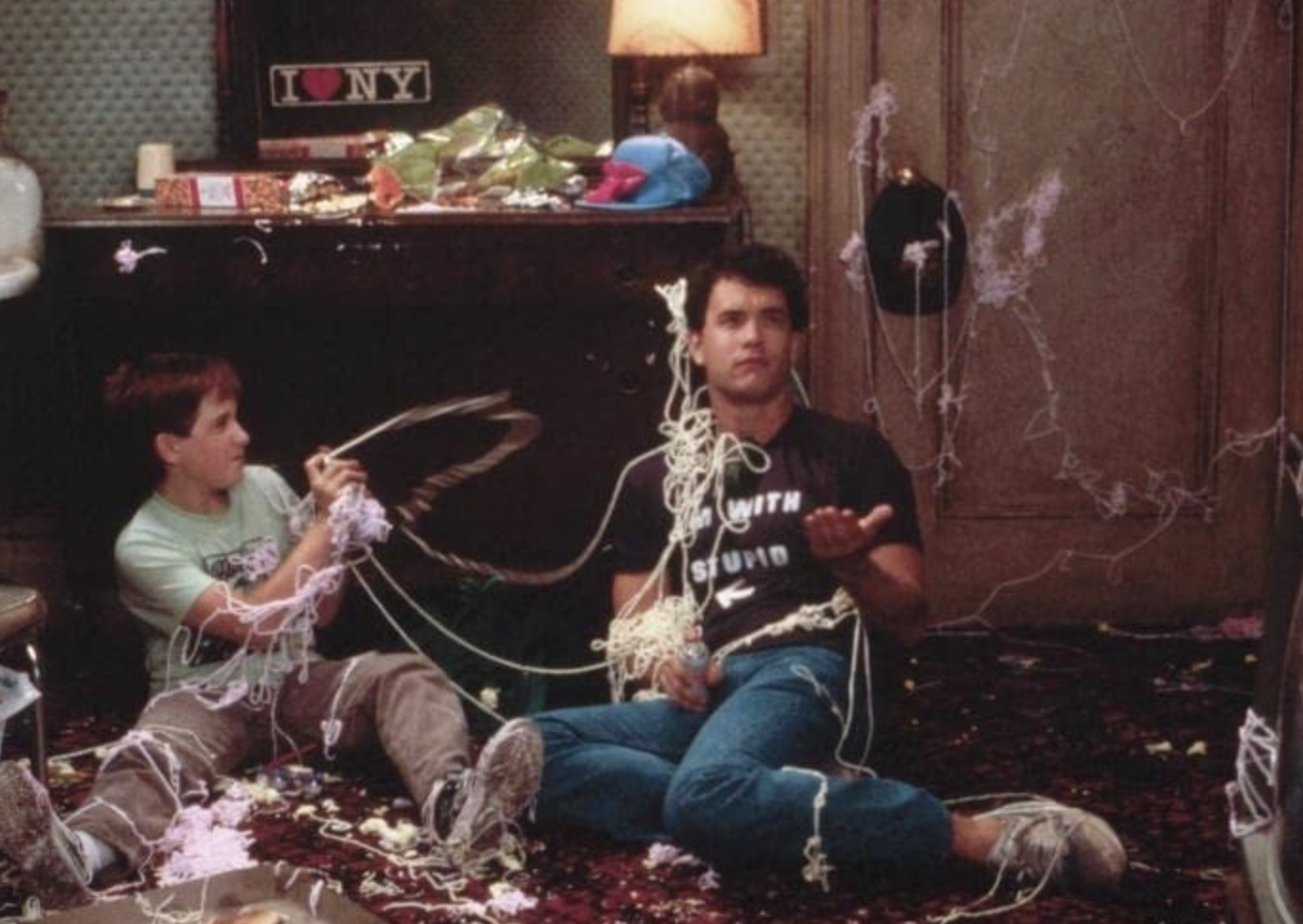 Directors come up with lots of ideas to help a cast get to know each other. Whether it’s the cast of Mamma-Mia going on a holiday to Greece together, the titular Bridesmaids getting suitably drunk while on a night out, or the kids in The Breakfast Club being encouraged to hang out and act like real teenagers in between takes.

However, it’s way more complicated to try and build chemistry when half of your cast are children and half are adults. To try and make the younger actors feel as comfortable as possible, Penny Marshall scheduled a bonding session where young Josh, adult Josh and Billy all got to hang out in a huge room filled with toys. The subsequent mischief is what inspired the silly string scene in the movie, with something similar apparently playing out in real life.

4. The studio refused to let John Travolta be in the movie 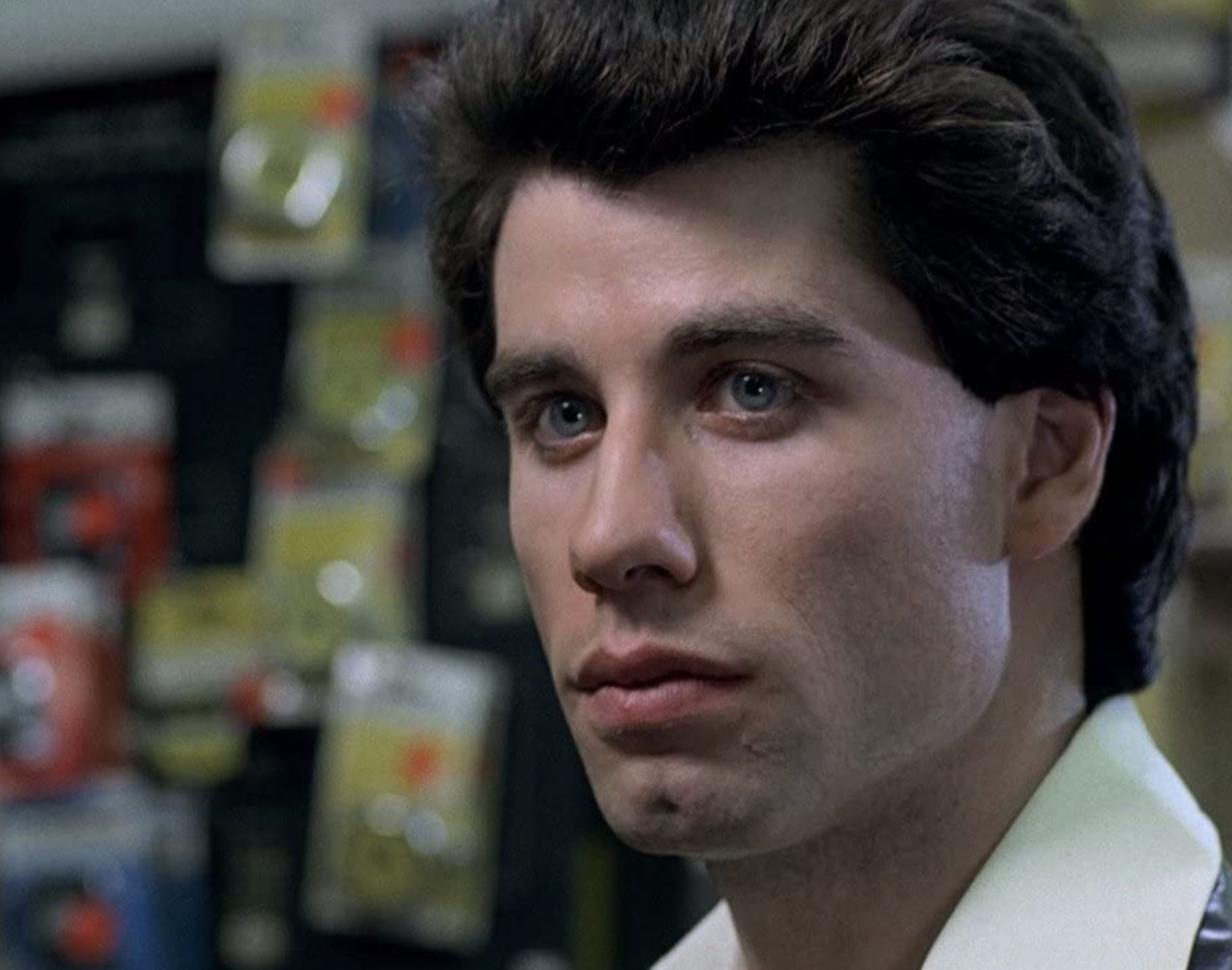 The back and forth between Tom Hanks and Robert De Niro wasn’t the only casting squabble that happened in the early stages of Big’s production. A lot of names were in the running at one stage, and the producers only really objected to one: John Travolta. Travolta had read an early version of the script and had fallen in love with the story, and was pretty persistent when it came to attempting to win the role.

Unfortunately, Travolta was never even seriously considered, as the producers on Big were so convinced that John Travolta was box office poison. Big went into production roughly a full decade after Travolta’s starring roles in Grease and Saturday Night Fever, and he wouldn’t have his career revived by Pulp Fiction for a number of years.

3. They considered swapping the gender of Josh 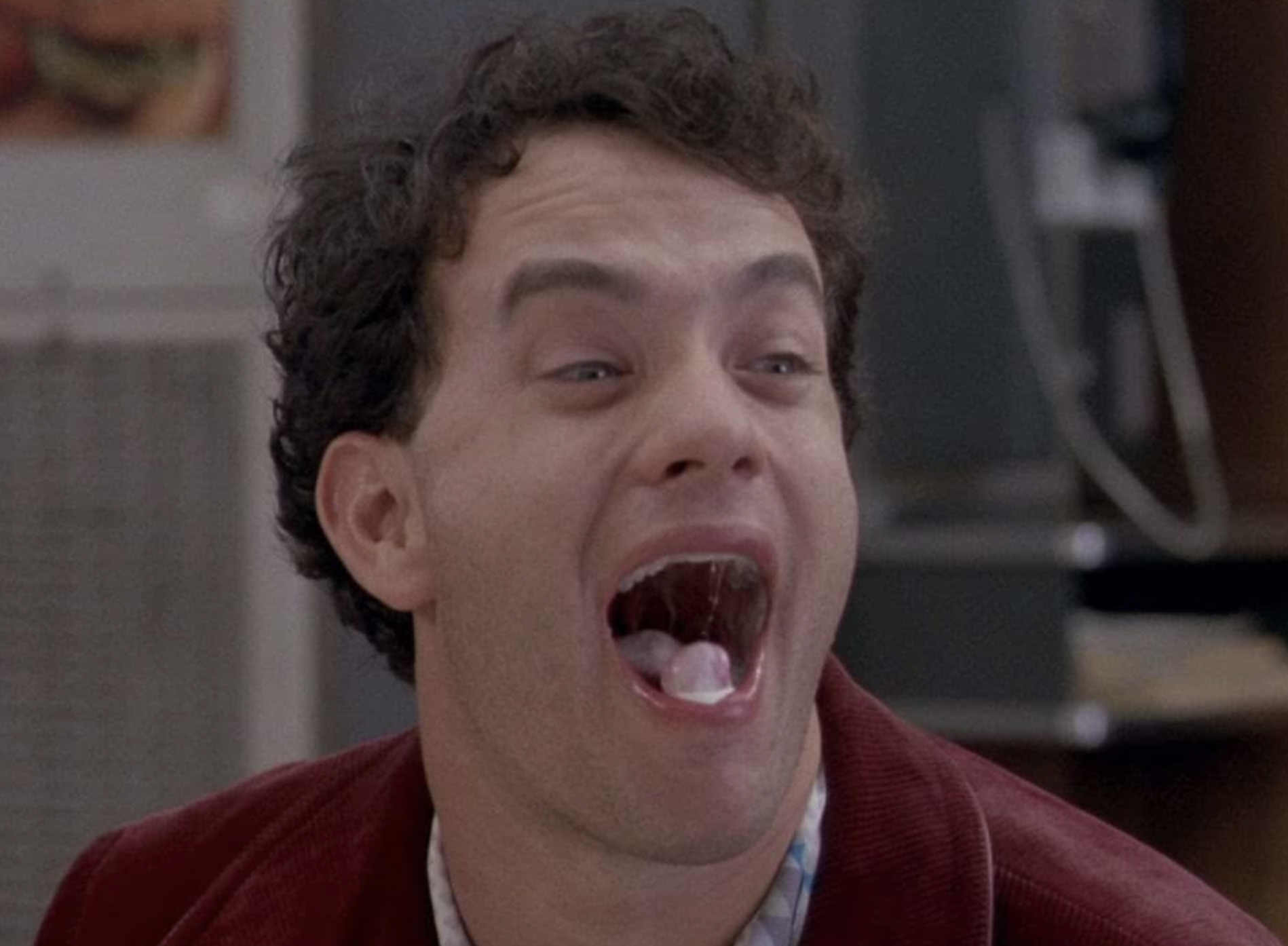 Big perfectly captures the friendship that preteen boys often share, as well as how a young kid would most likely navigate the world of work and relationships if they suddenly woke up in an adult’s body. It’s an earnest and hilarious concept, and one that makes for an almost perfect movie. That’s why it’s so surprising that many people in the pre-production stage thought one big change was necessary to improve it.

As surprising as it might seem, many people were of the opinion that the movie would be better if it were about a young girl who wakes up as an adult woman, in something close to a 13 Going on 30 style story. Penny Marshall refused to budge and swap the genders, however, on the grounds that there was no way to make a grown man in a relationship with a young girl in an adult’s body not creepy.

2. It was the fifth age-change comedy to come out that year 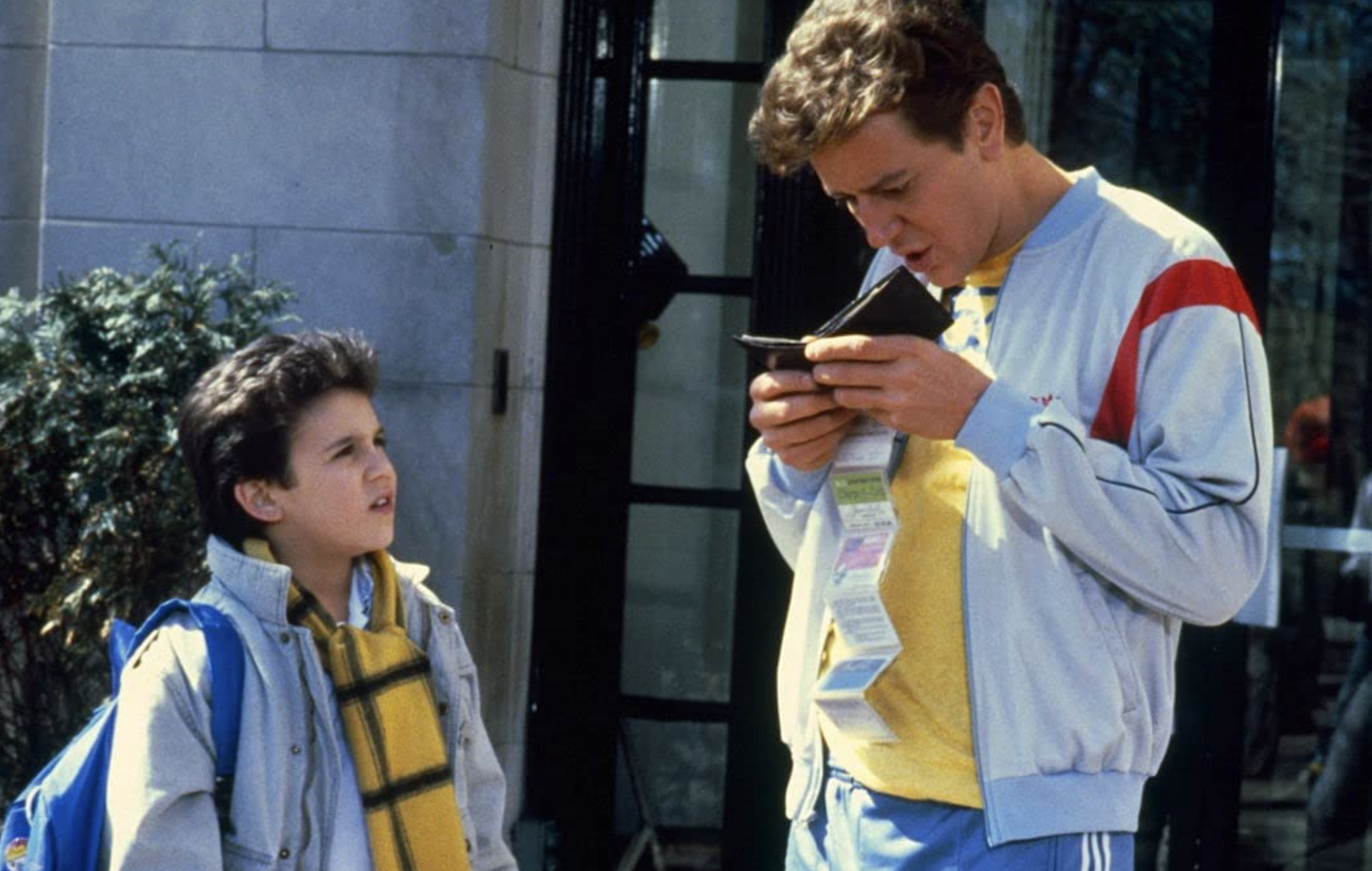 Nowadays, most people look back on Big as a pretty original story that has endured throughout the decades. However, when it finally hit cinemas in 1988, it wasn’t considered quite so groundbreaking. Unfortunately for everyone involved, Big was actually the fifth movie that year to tackle a dramatic age switch through the lens of comedy.

In order, the four other movies to use a similar device across a 12 month period were Like Father, Like Son; Da grande; Vice Versa and 18 Again… not to be confused with the 2009 Zac Efron and Matthew Perry star vehicle. Thankfully, Big went on to be the biggest hit of them all, and after reading some of the other scripts, Penny Marshall was convinced that the tones were different enough to guarantee Big’s uniqueness.

1. David Moscow had a brilliant time on set 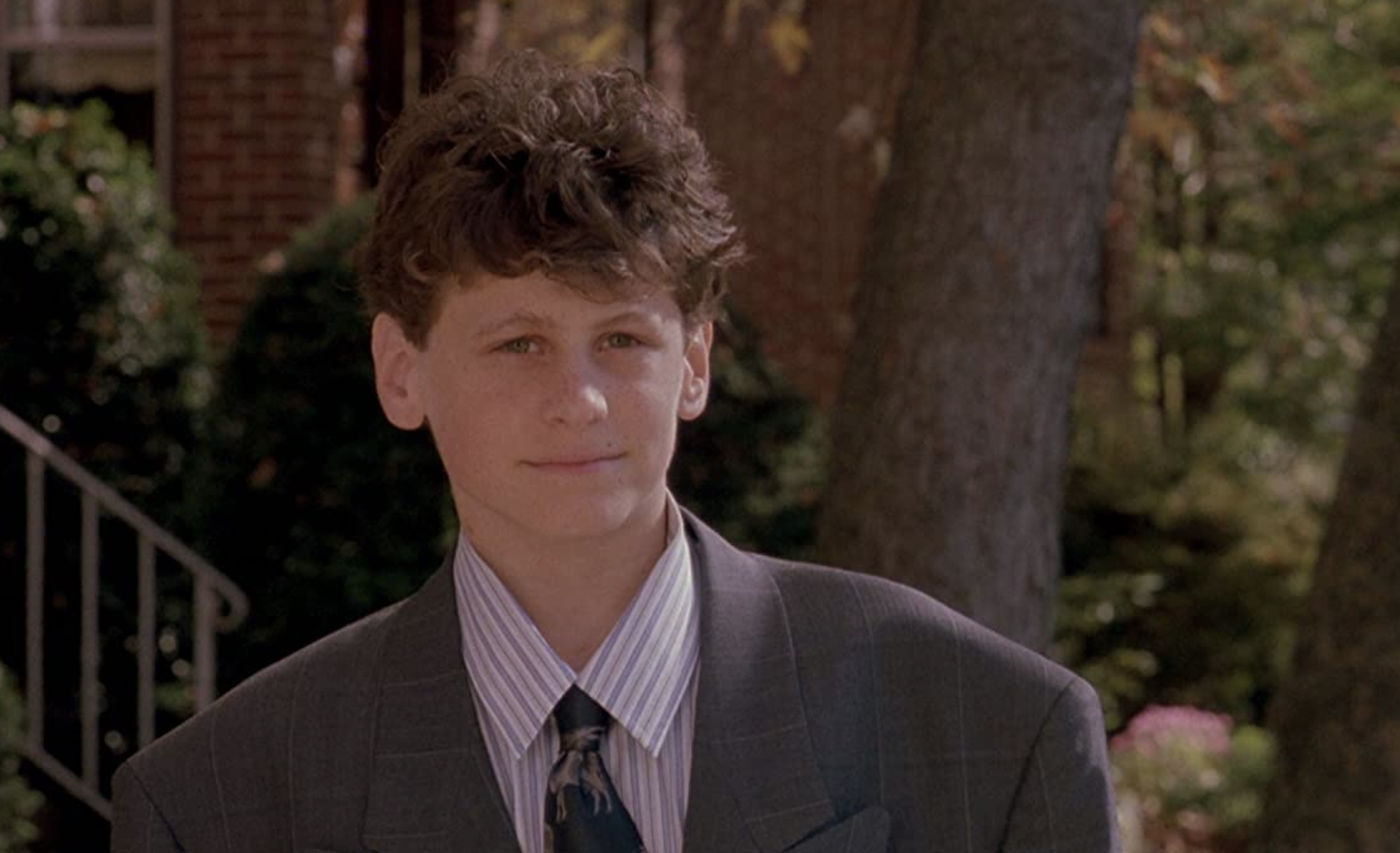 Most adults know that film sets are not the exciting or glamorous places that they are sometimes painted to be. There’s a lot of bad food, a lot of waiting around in drafty dressing rooms or uncomfortable chairs, and a lot of trying to keep yourself entertained while you wait to be needed. With that said, sometimes if you’re really lucky, you get to film in a fun location that allows you to have the time of your life.

That’s exactly what happened to young Josh’s actor David Moscow. For the carnival scene, Moscow spent a few hours running rampant at a funfair: staying up late, eating his weight in cotton candy, and riding all the rides three times each. Moscow later recounted the memory and called it his favourite part of the whole production, which is pretty understandable.