We all loved a fun day out as a kid, and if we were lucky then we would get taken to a big-name theme park like Alton Towers or Flamingo Land! It cost a lot of money to go to places like that, though, so often it was a case of going to a local fair when it came to town, as they did once or twice a year. Let’s take a look at some of the rides we loved to go on when we were growing up! 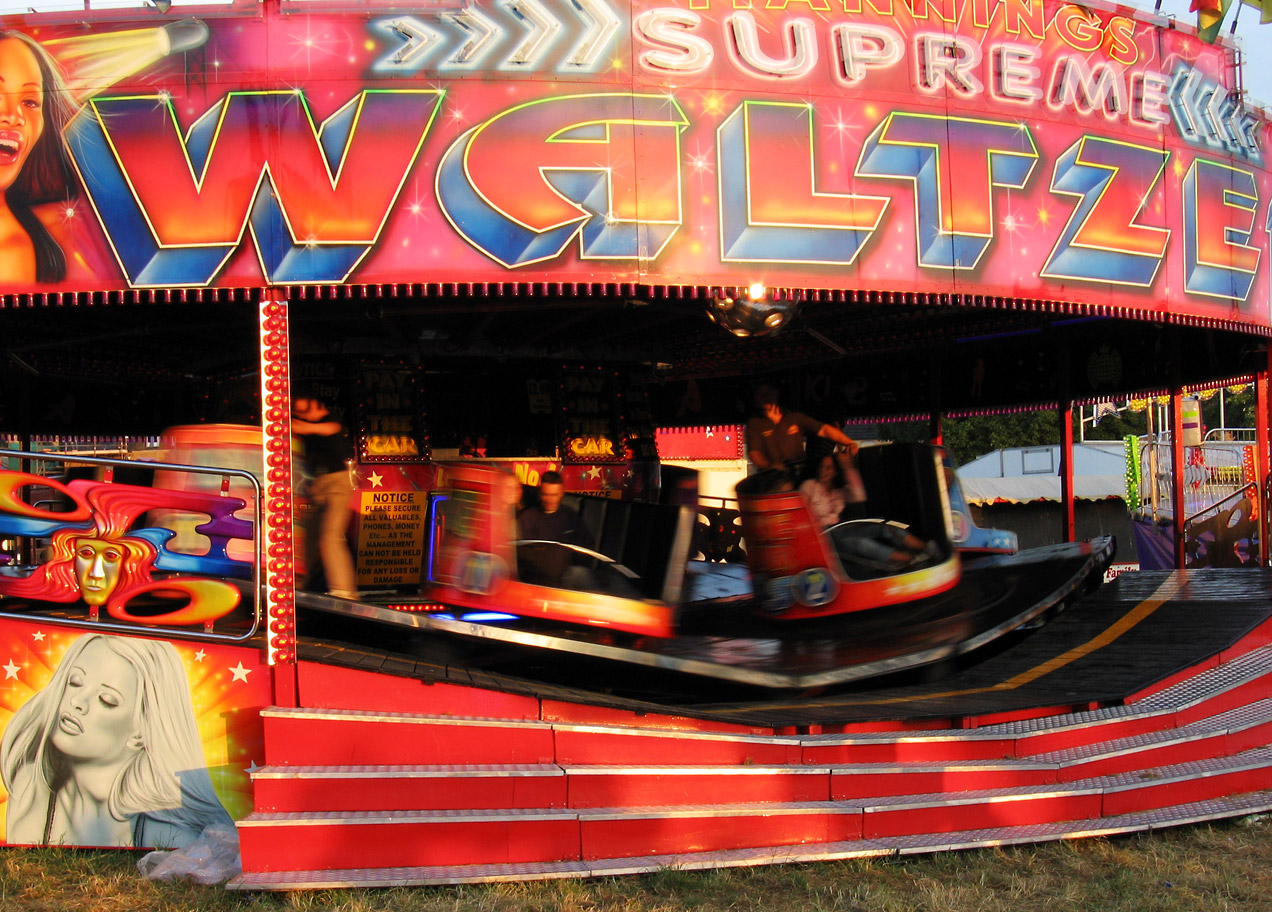 Every fair that was even slightly decent had a waltze. The G-force would remove every last coin from your pockets so they probably did OK out of it at the end of the night, too! 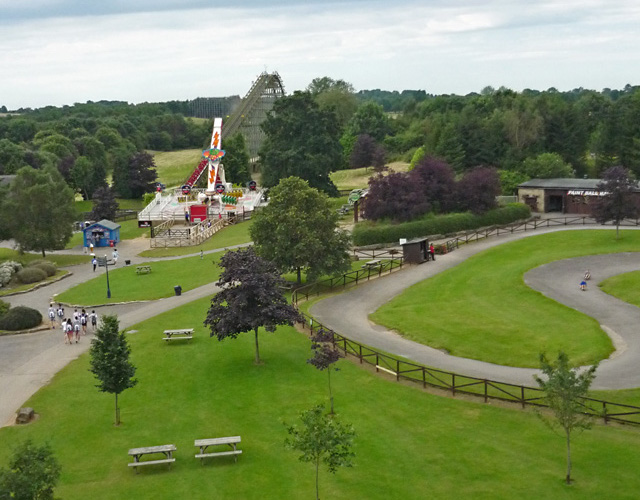 Anyone who went to Lightwater Valley in the 80s will have gone on The Rat, the indoor rollercoaster. This one kept you in the pitch dark so you had no idea what was coming next; great fun but very disorientating! 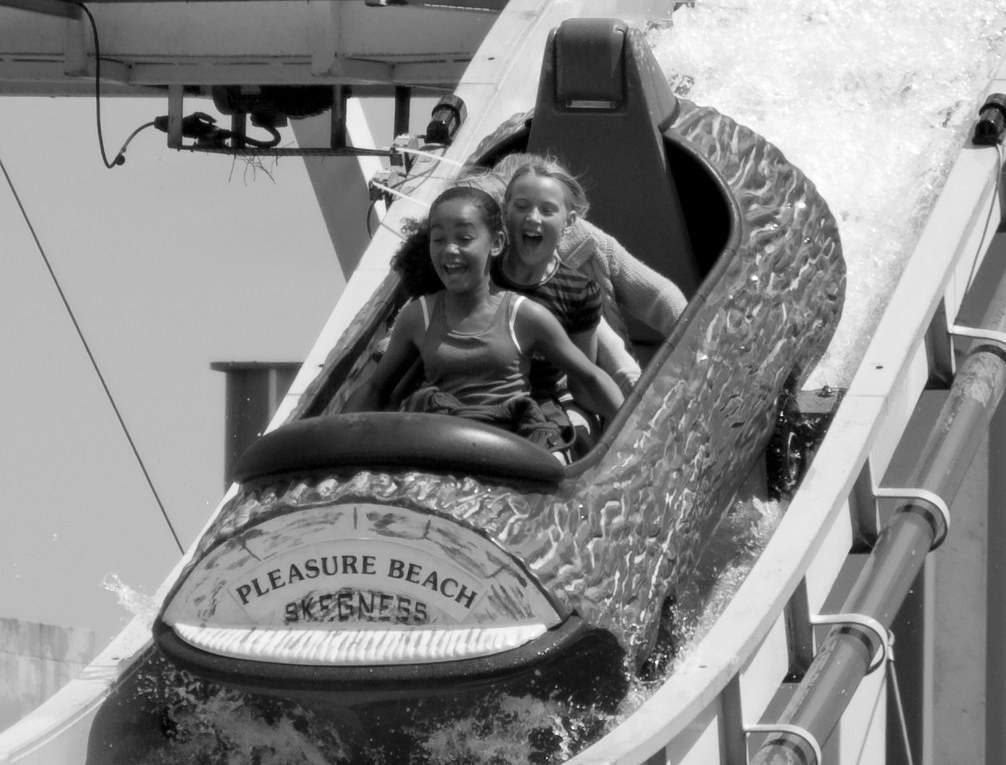 Every big theme park has a log flume. Short but sweet, log flumes always result in a massive soaking, so you need to make sure it’s a nice warm day to dry you off quickly! 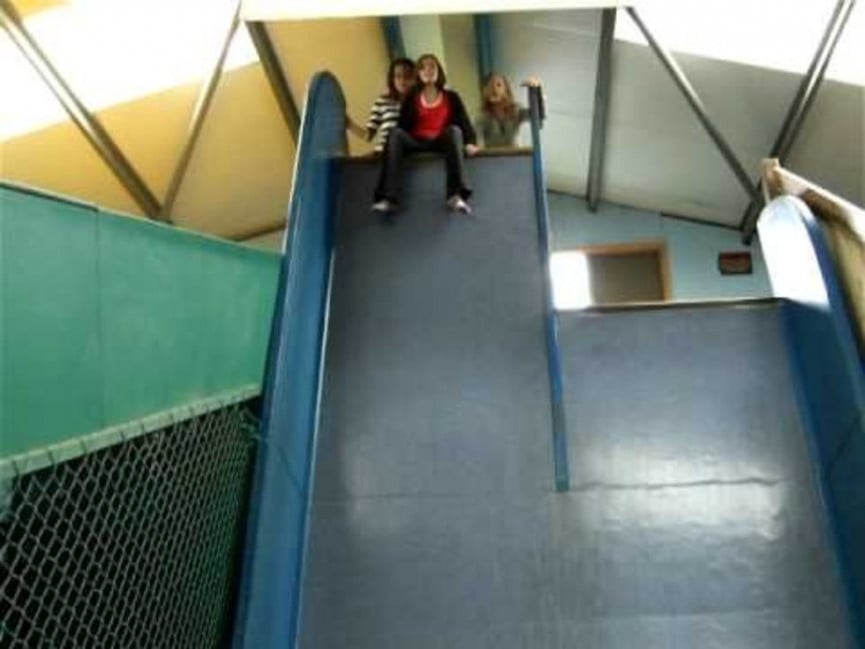 A slide with a sheer vertical drop at the start, as a kid going on the death slide felt like the bravest thing you’d ever done in your life! Just don’t let your head snap back as you go – ouch! 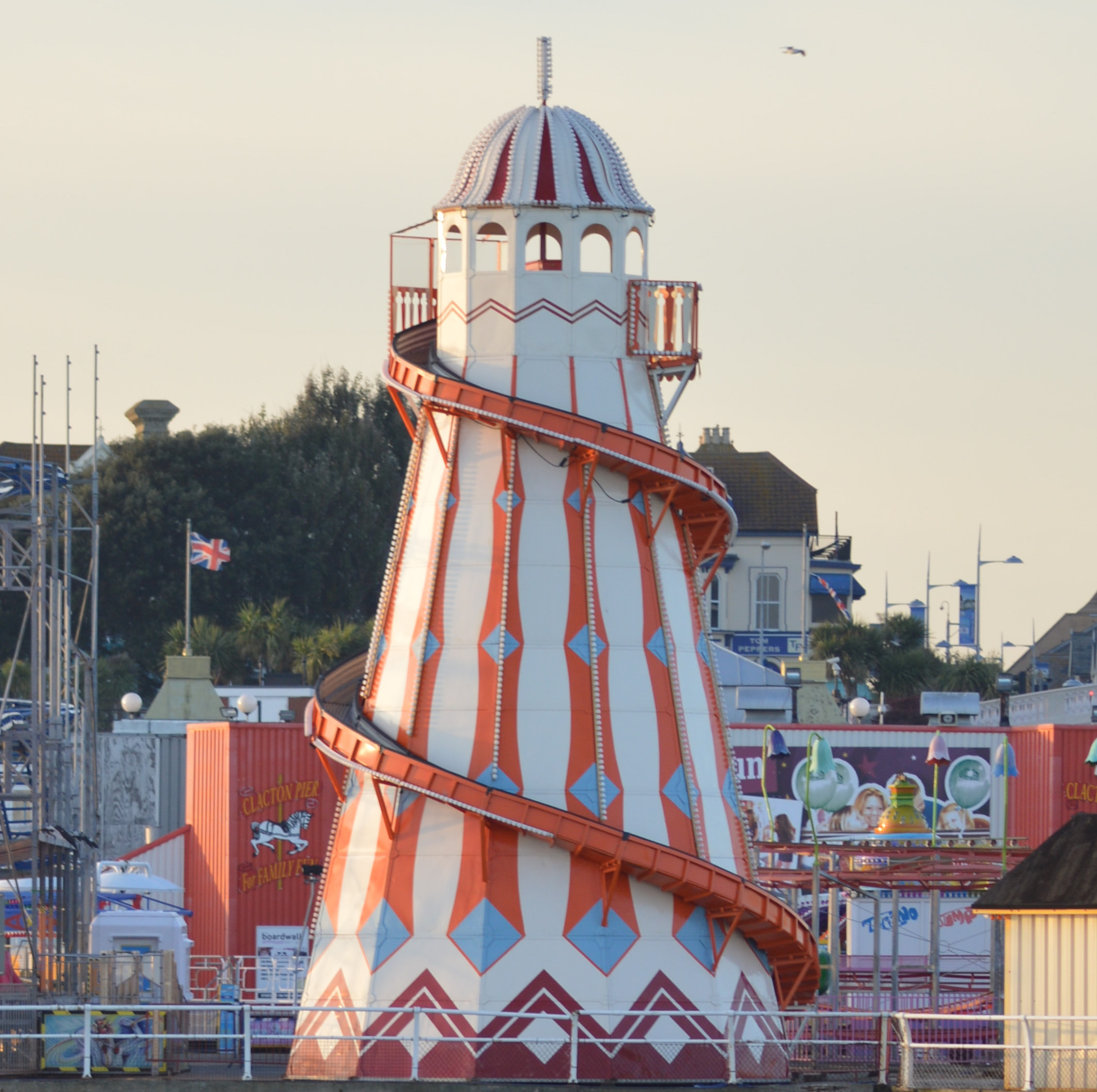 Another slide ride, only this one went round and round, and if it was one of those helter skelters where you were given a mat to sit on with grab handles, you could get up to some serious speed! 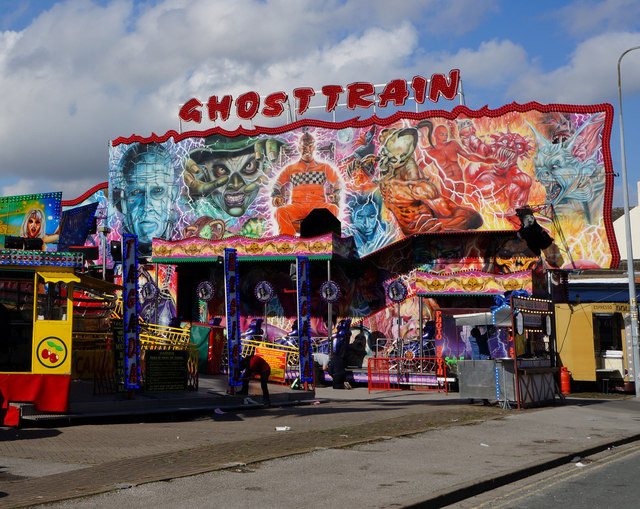 Usually a very short ride, with some fiendish props that pop out throughout, some ghost trains would even hire real people to dress up and jump out to make sure you jump as much as possible! 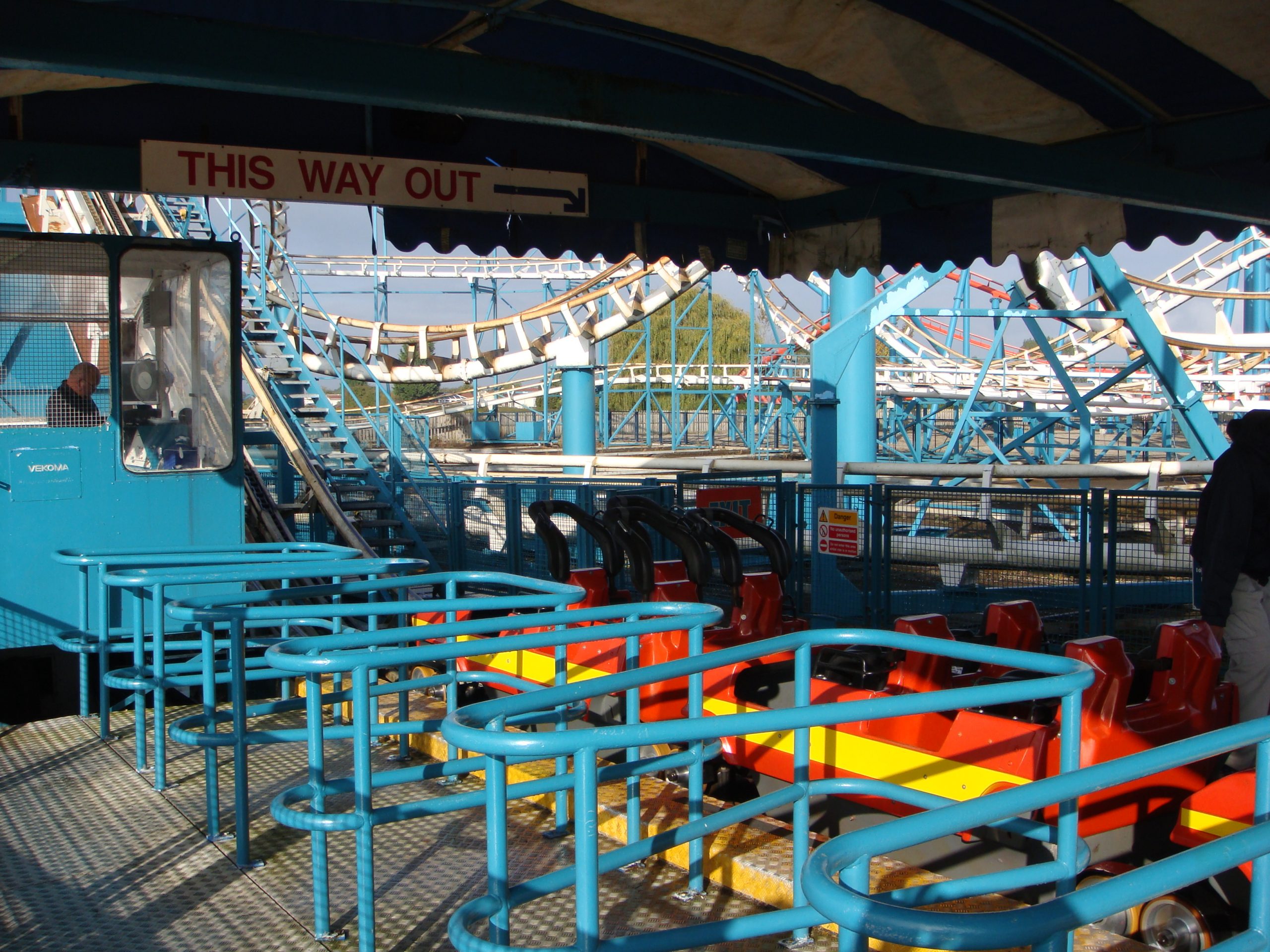 Flamingo Land was famous for its Corkscrew ride, one of the biggest of its kind at the time in the UK. A very fast ride that everyone loved to say they had been on and survived! 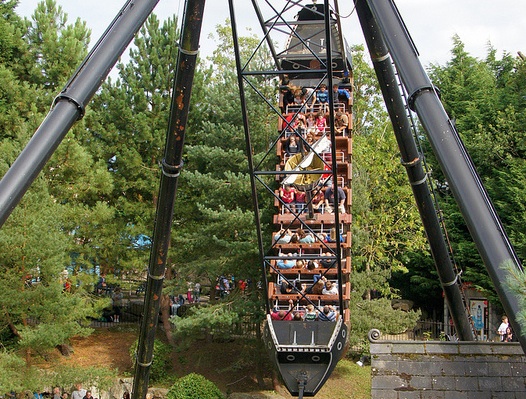 The pirate ship ride was always fun. It would go higher and higher as it went, making you think it was actually going to go up and all the way over – and you weren’t even strapped in! 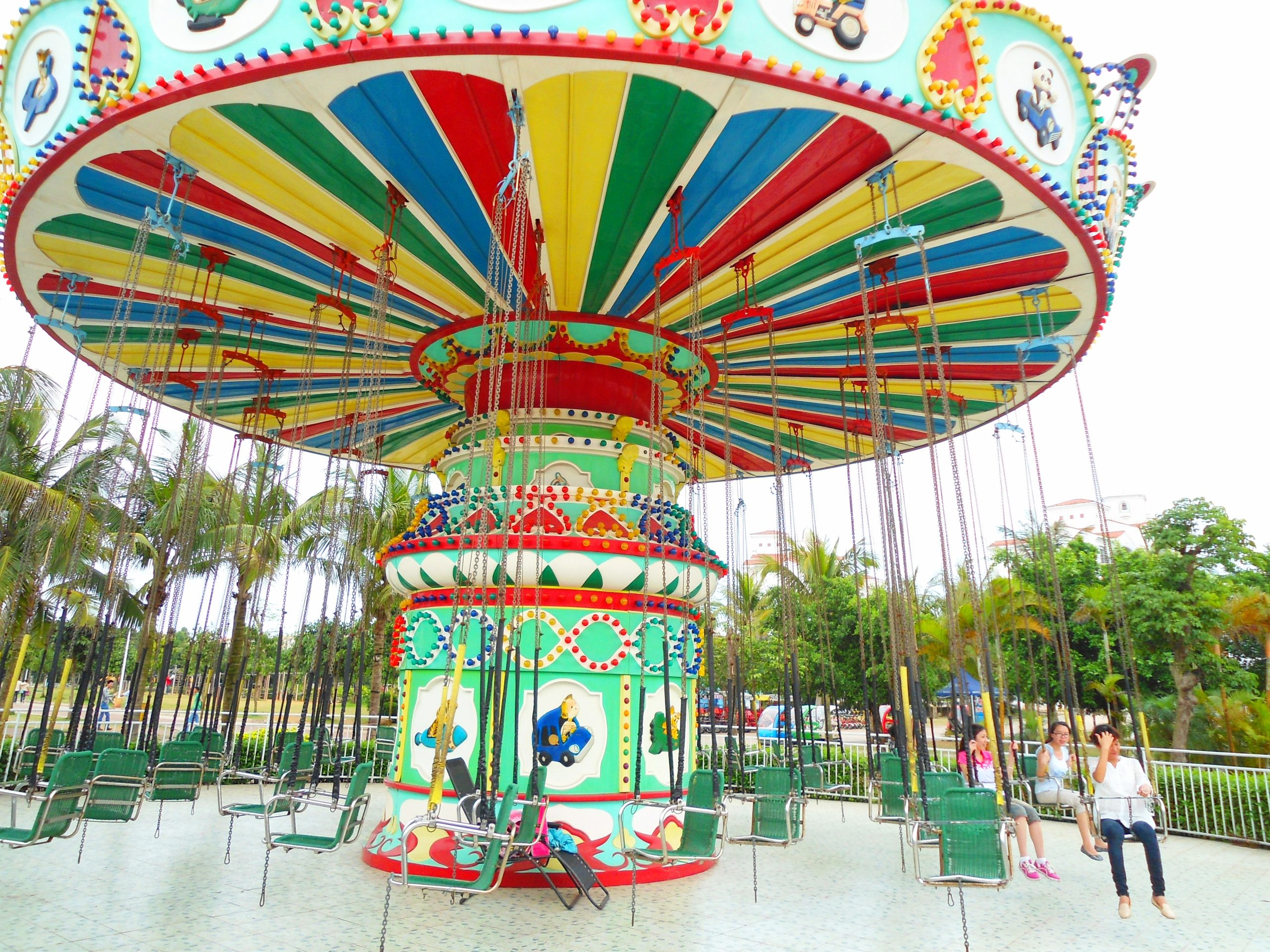 Dangling 10 feet from the ride in a swing, then being spun around at high speed, and going in and out further to and from the ride, and always looking like you’ll hit the next person – great fun! 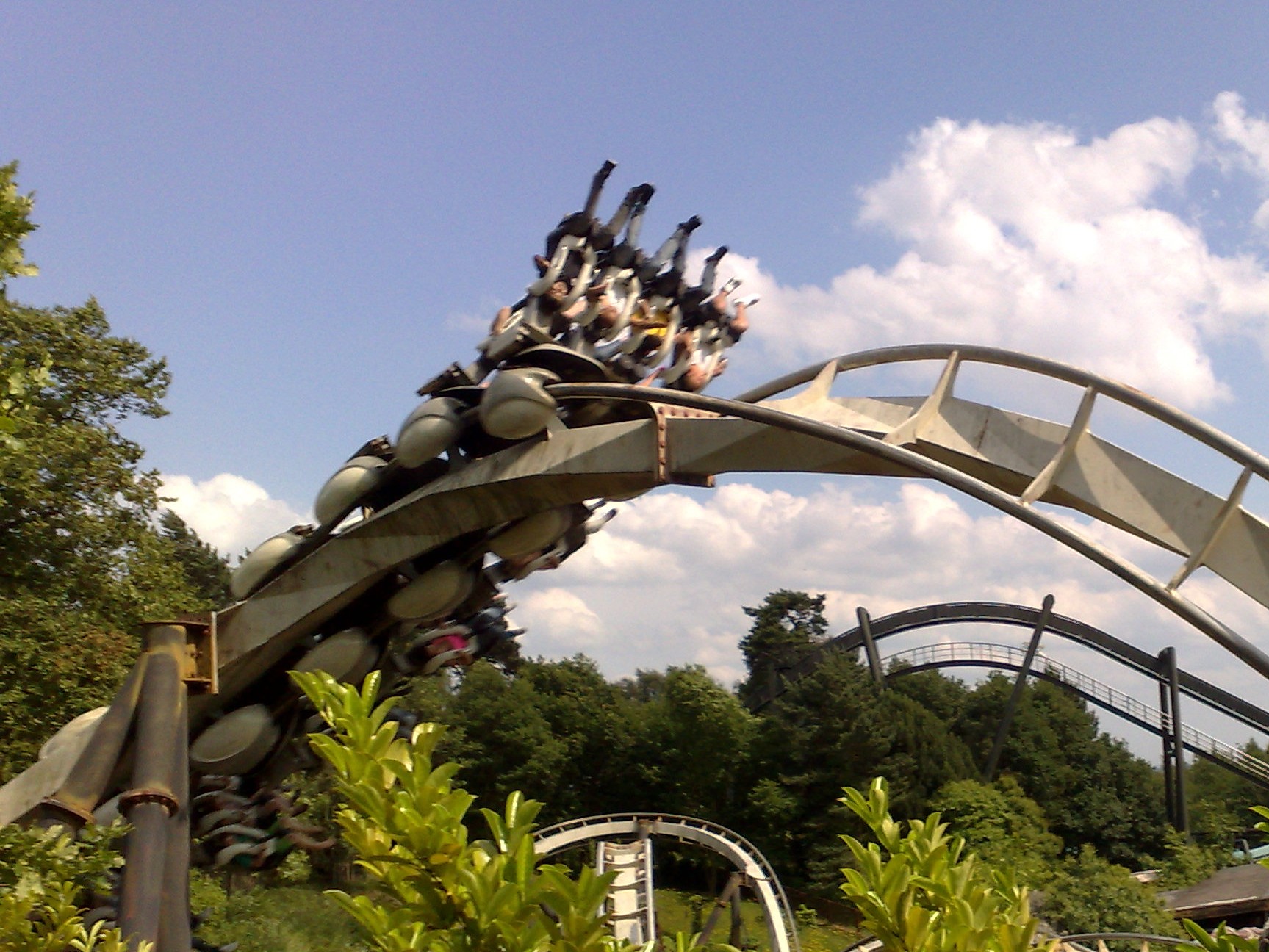 First opened at Alton Towers when we were teenagers, The Nemesis was the perfect ride: a rollercoaster with the added thrill of feeling like you’re not fully strapped in as you’re dangling from the seats! One of the best! 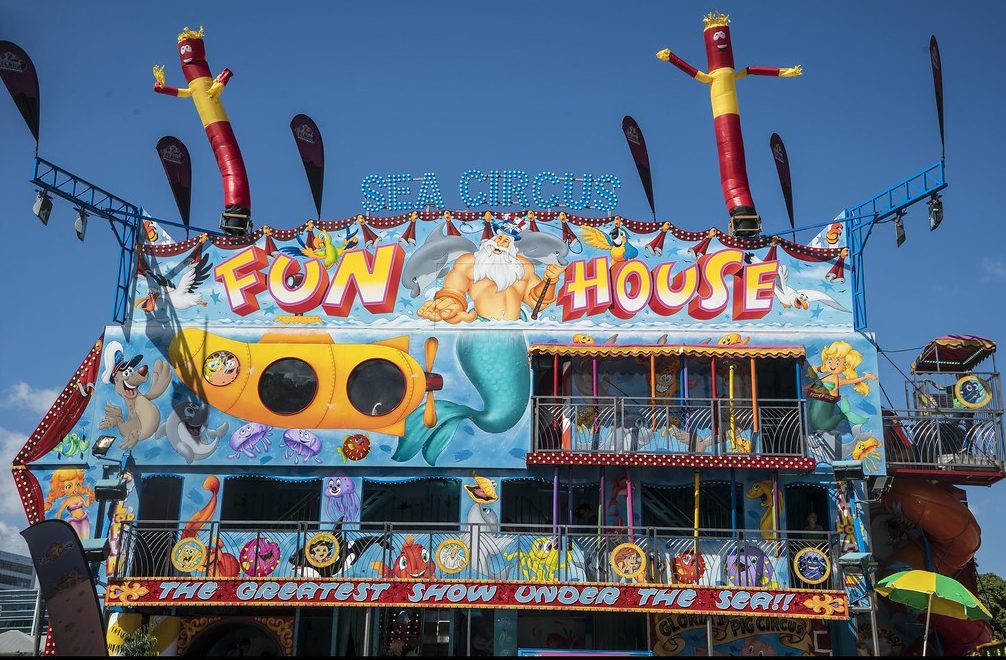 A poor funhouse could make for a very dull experience. Pick a good one, though, and there really were fun times to be had, with slides, moving floors and funny mirrors galore. What’s not to love? 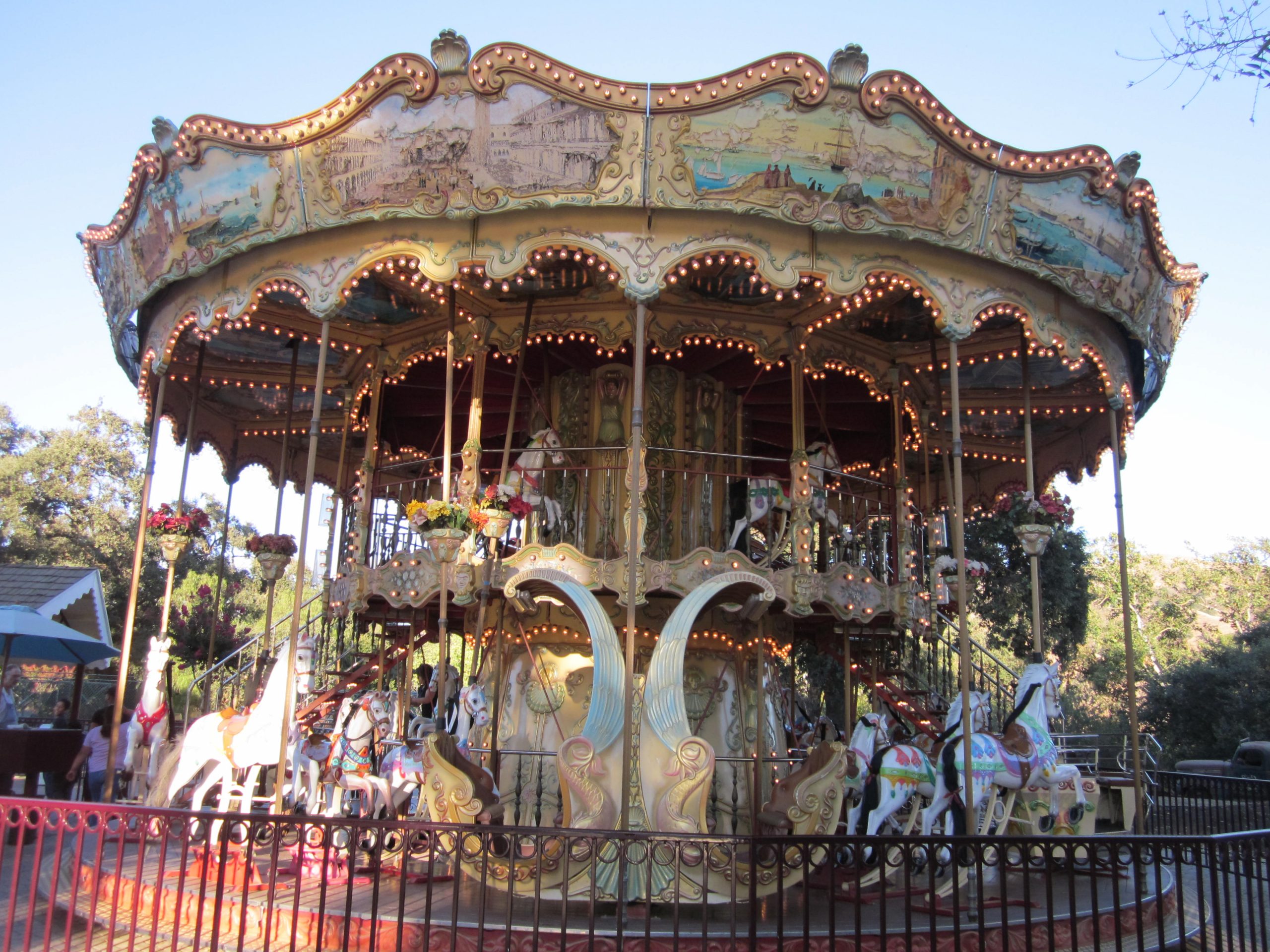 The introduction to rides for many of us when we were very young, the sedate carousel would simply turn slowly and play nice music as we sat on our horses. Not great as an adult, but as a little kid this was great fun!