10 Fun Facts You Never Knew About The ‘Burbs

1989’s The ‘Burbs stars Tom Hanks as a disillusioned suburbanite who starts to suspect his unusual next-door neighbours may be up to no good. (Haven’t we all?)

Directed by Joe Dante, with a supporting cast including Rick Ducommun, Corey Feldman, Bruce Dern and Carrie Fisher, the dark comedy was a modest hit on release but is a favourite of many today. Did you know the following facts about the film?

10. Queenie the dog also starred in Silence of the Lambs 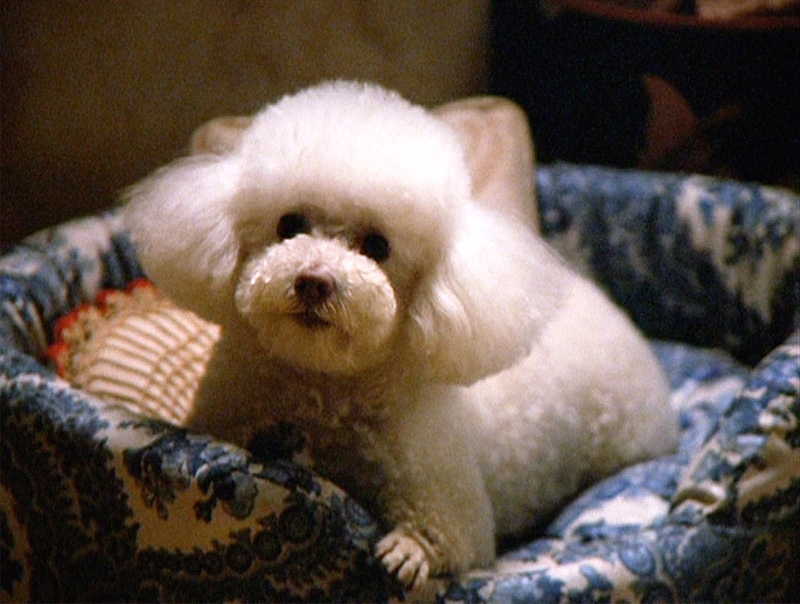 The ‘Burbs features a poodle named Queenie – and if you’ve ever thought the fluffy little dog looked familiar, there may be a good reason for that.

Queenie was portrayed by Darla, the very same Bichon Frise who played Precious, Buffalo Bill’s dog in The Silence of the Lambs. Darla also appeared in Pee-Wee’s Big Adventure and Batman Returns, before passing away in 1992. 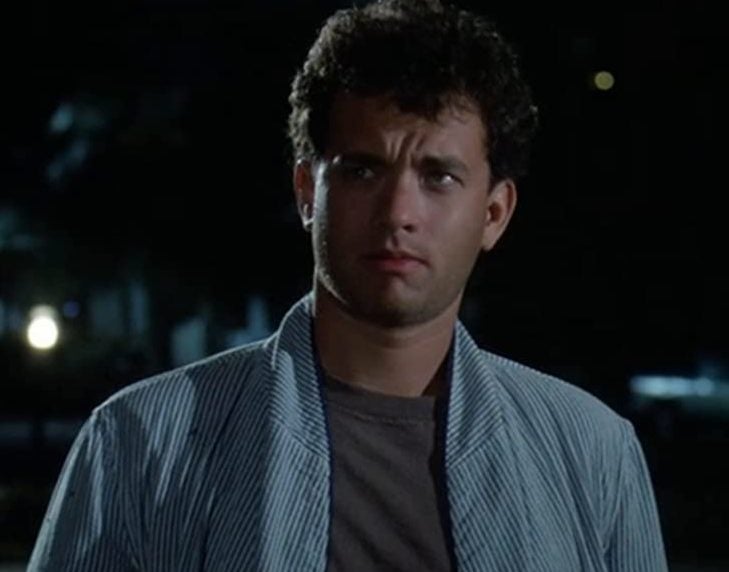 Tom Hanks is said to have initially had his doubts about taking on the role of Ray Peterson, leading man of The ‘Burbs, as it was the first time he’d portrayed a father on film.

The actor feared that playing a dad could be detrimental to his image, but director Joe Dante eventually talked him around.

8. The street set has appeared in many other movies and TV shows 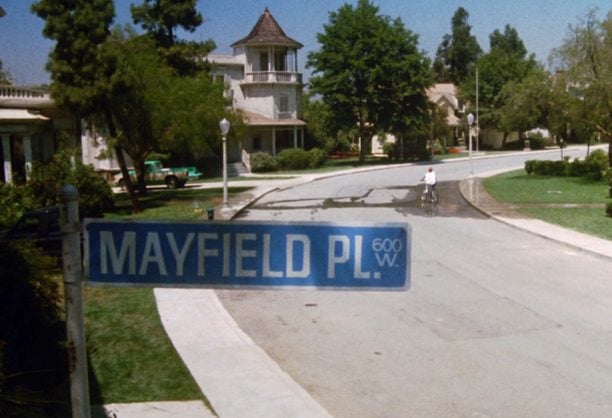 The ‘Burbs is shot entirely on a single street, Mayfield Place – but of course, they didn’t set up shop in an actual neighbourhood. The cast and crew took over an existing street on the Universal studio backlot, which had been used many times before and since.

Known as Colonial Street, the set has been seen in such wide-ranging films and TV shows as Leave it to Beaver, Murder, She Wrote, Casper and Buffy the Vampire Slayer.

7. One particular building on the set proved too noticeable 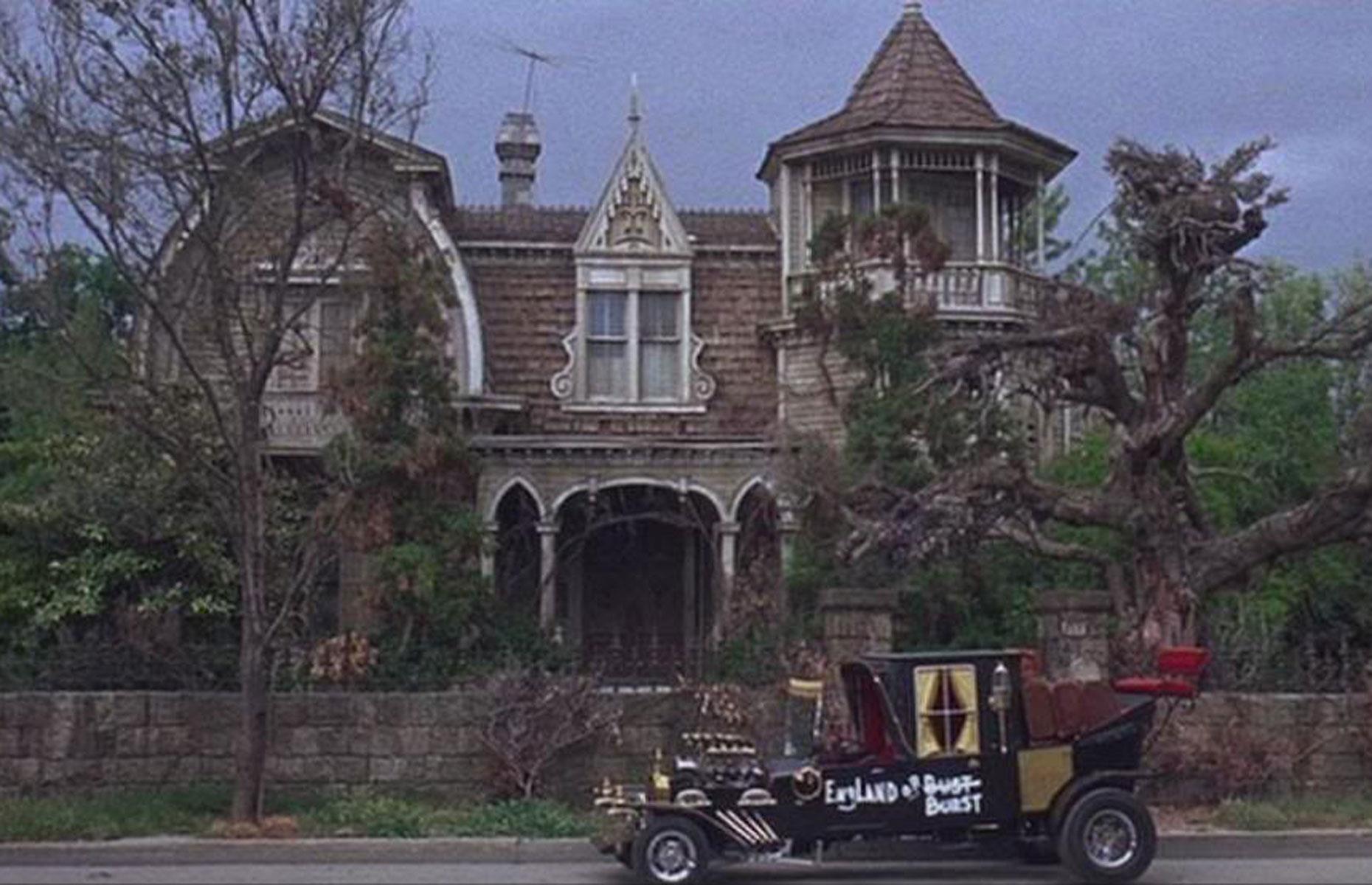 One of the most famous productions shot on Universal’s Colonial Street set was the beloved 1960s horror spoof sitcom The Munsters. That show’s iconic mansion (1313 Mockingbird Lane, as it was known) is actually visible in The ‘Burbs: it’s where Corey Feldman’s Ricky lives.

However, it was decided early on that the presence of such a recognisable house was distracting, so The ‘Burbs director Joe Dante kept shots of the building to a minimum.

6. Michael Jackson’s pet chimp Bubbles had to be banned from the set 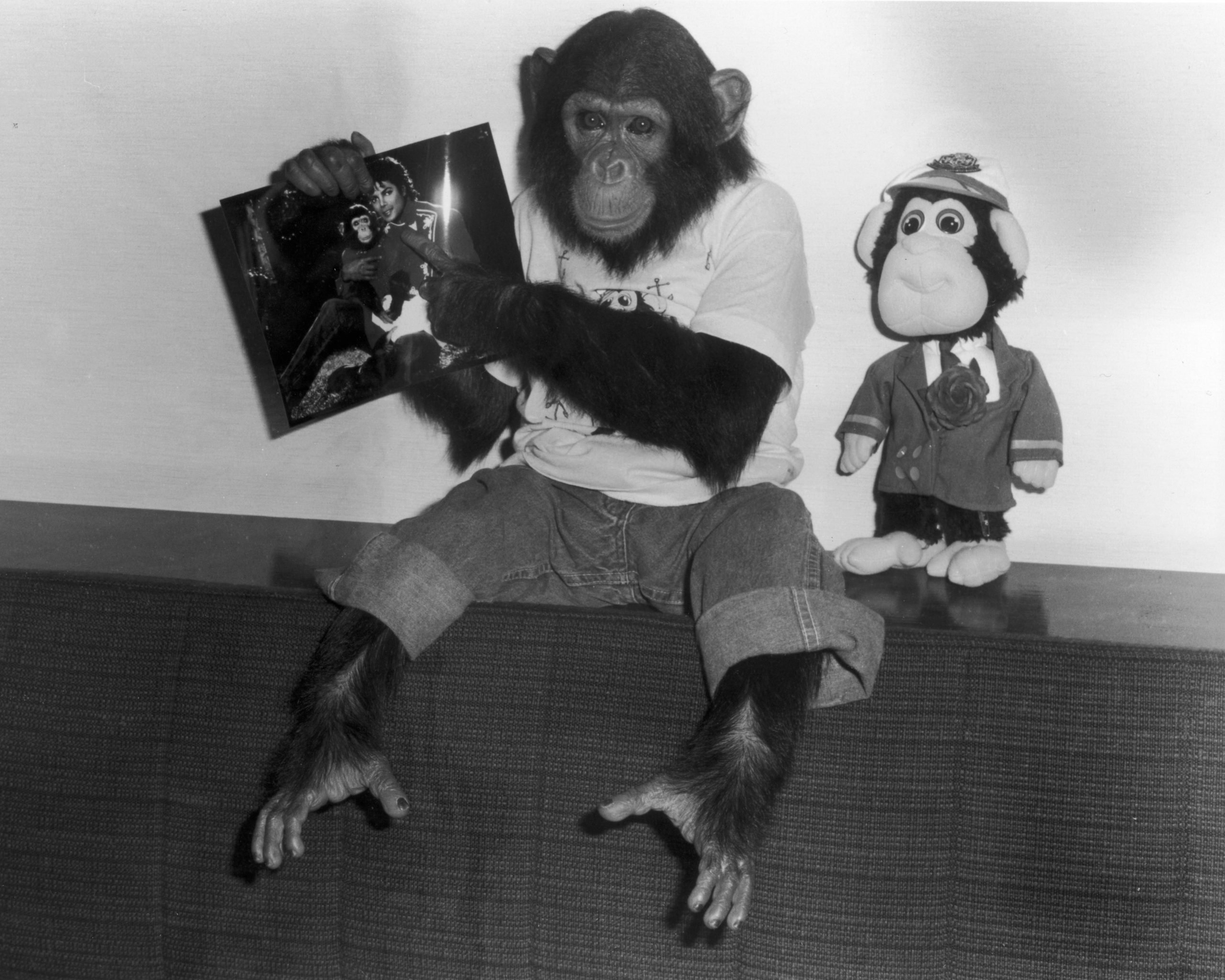 At the time of filming The ‘Burbs, Corey Feldman was close friends with Michael Jackson. The pop superstar would visit the actor on the set, with his beloved pet chimp Bubbles in tow.

Unfortunately, Bubbles wound up getting banned from the set due to his knack for making a mess – including spreading his ‘muck’ all over the inside of Feldman’s trailer.

5. It was the second time Tom Hanks and Carrie Fisher had played a couple 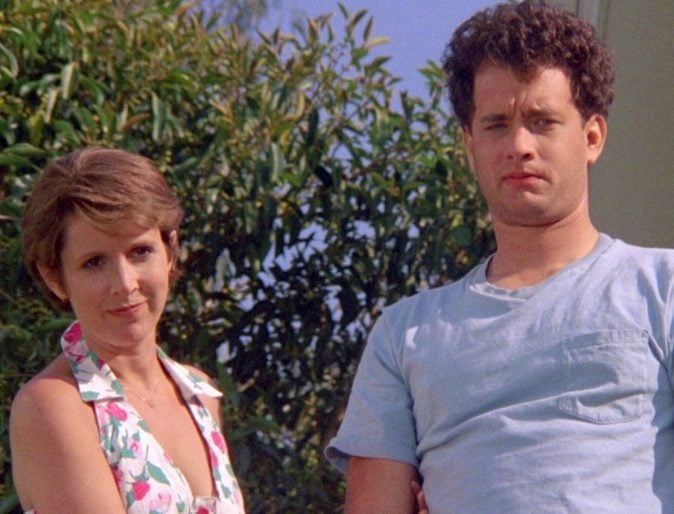 Sadly missed Star Wars legend Carrie Fisher co-stars in The ‘Burbs as Carol, the wife of Tom Hanks’ Ray. This was actually the second film in which Fisher and Hanks had worked together.

Fisher and Hanks also co-starred in 1985 comedy The Man With One Red Shoe, in which they portrayed lovers.

4. Hanks’ character was originally supposed to die at the end 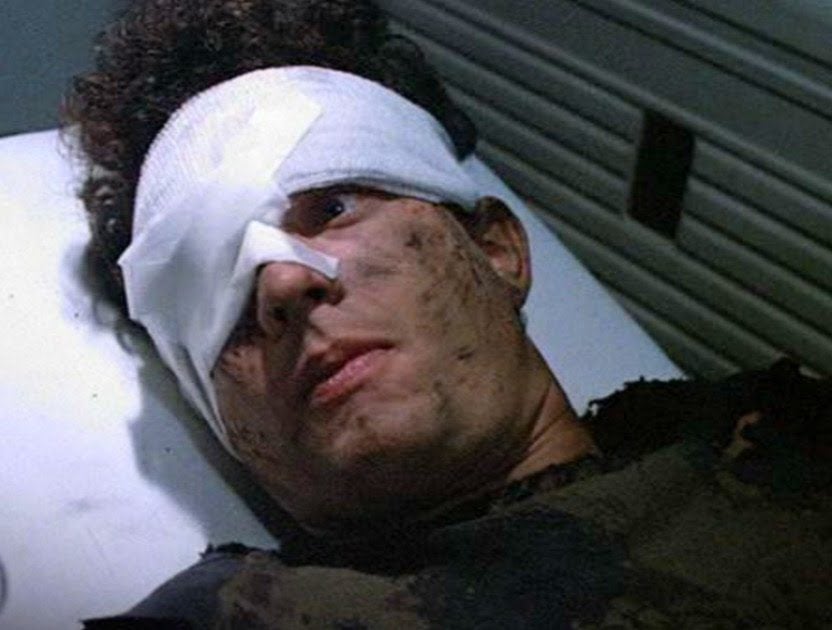 The original script for The ‘Burbs, written by Dana Olsen, was quite a bit darker than what wound up being filmed – particularly when it came to central character Ray Peterson.

Originally, Ray was going to be killed off at the end, but this was changed to a gentler, happier ending when Tom Hanks was cast.

3. The cast improvised heavily because the film was made during a writers’ strike 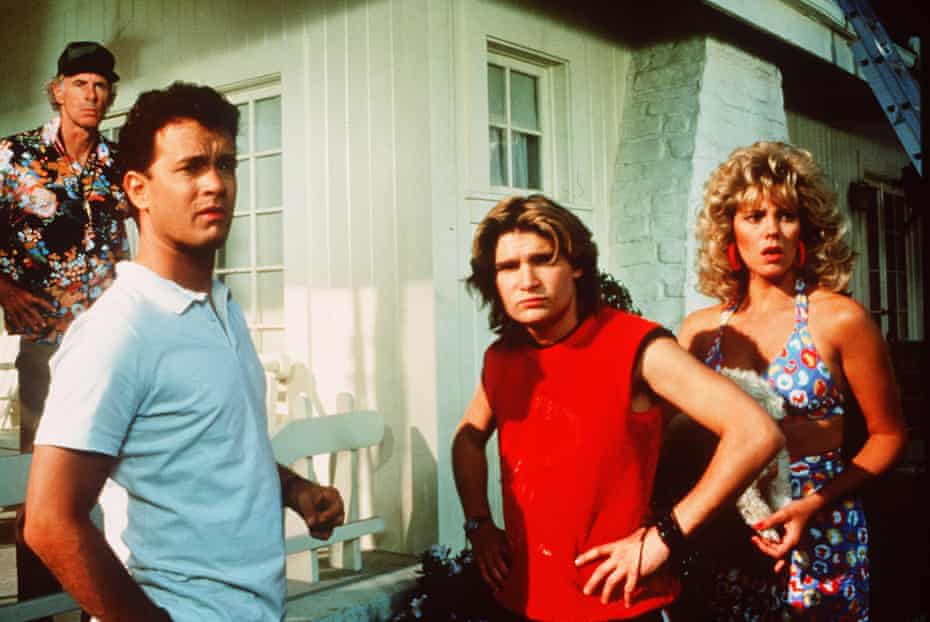 It’s fairly commonplace for major motion pictures to undergo last-minute script revisions while cameras are rolling. On The ‘Burbs, however, this was impossible, as there was a writer’s strike on at the time.

With this in mind, director Joe Dante encouraged the cast to throw in ad-libs to help iron out any problems or make scenes funnier.

2. It was a critical failure, but a commercial success 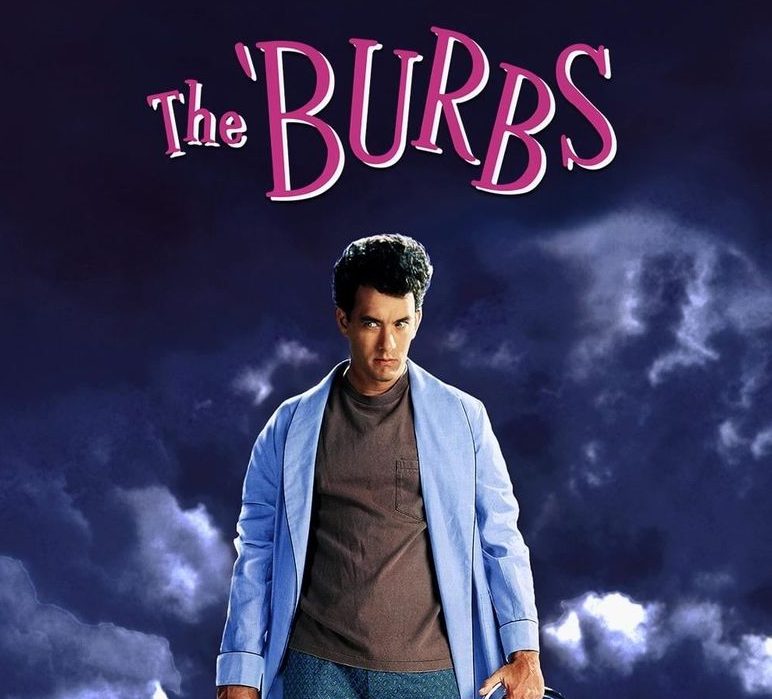 On release in February 1989, The ‘Burbs was met with a fairly muted reception. The reviews weren’t great, with many critics not quite getting the film’s oddball blend of comedy, paranoia and horror tropes.

Even so, with box office takings of almost $50 million off the back of an $18 million budget, The ‘Burbs made a comfortable profit, and over the years it’s developed a cult following. 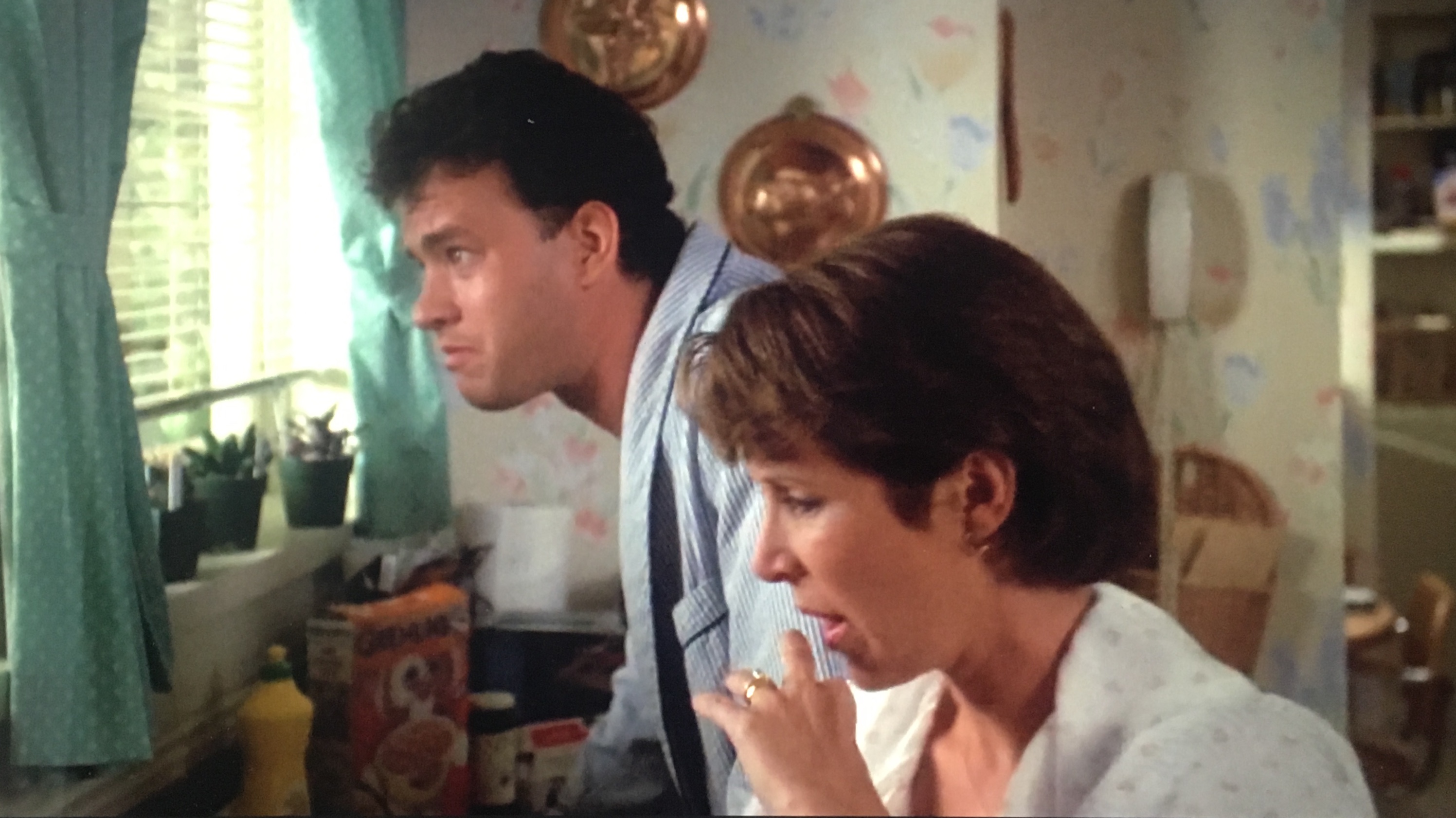 In the Petersons’ family kitchen, you may notice a box of Gremlins breakfast cereal. (This was a real thing, produced as a commercial tie-in with the movie in 1984.)