Dynasty was one of the two big American TV melodramas which hit the 80s hard and fast and built up massive audiences on both sides of the Atlantic. The other, of course, was Dallas, but today let’s take a look back at the classic Dynasty with some facts that you probably didn’t know. 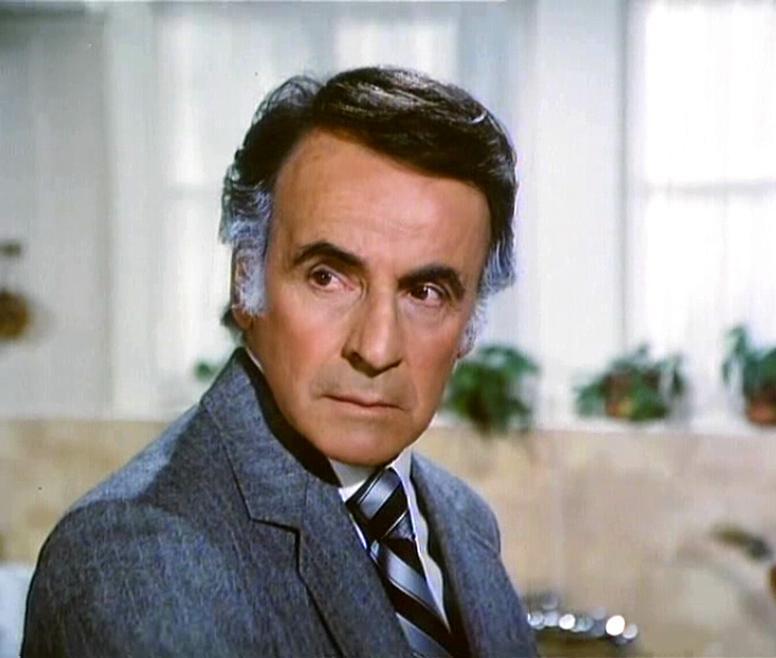 Catherine Oxenberg was replaced over a salary dispute 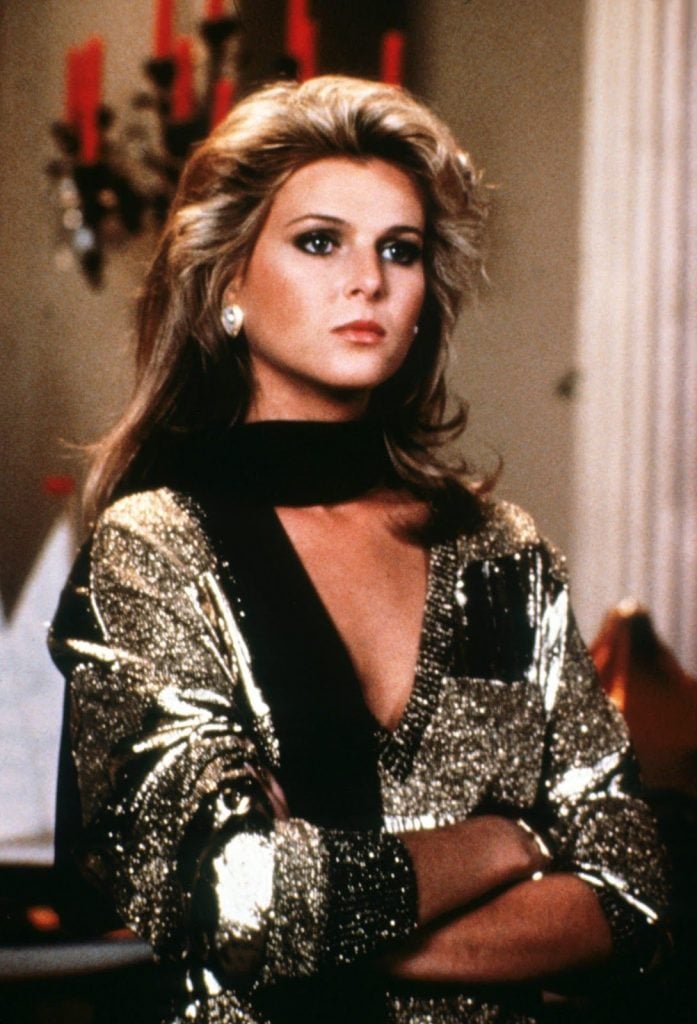 Catherine Oxenberg was also fired from the show when there was a dispute over her contract and negotiations over money broke down, leading to another person losing their role on Dynasty! 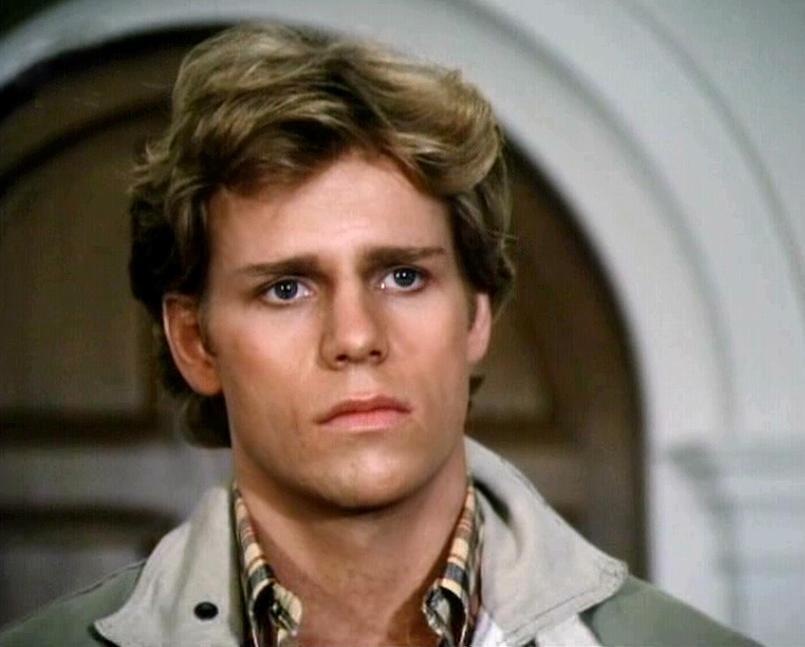 Al Corley took on the role of Steven Carrington because he wanted to exploit the controversial role, one which promised to have a big impact socially as the first openly gay character in a primetime series. 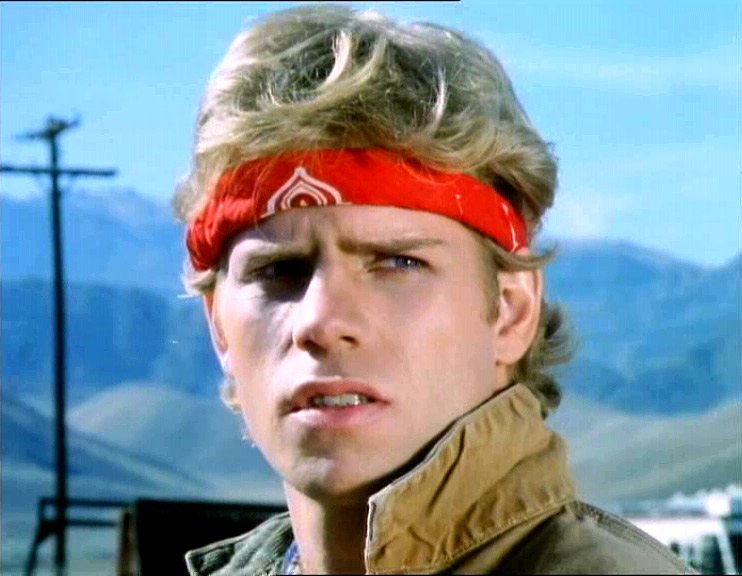 When the producers and writers of Dynasty wanted to work on a storyline where Steven Carrington would be ‘cured’ of his homosexuality, Al Corley quite his role rather than take part in the storyline. 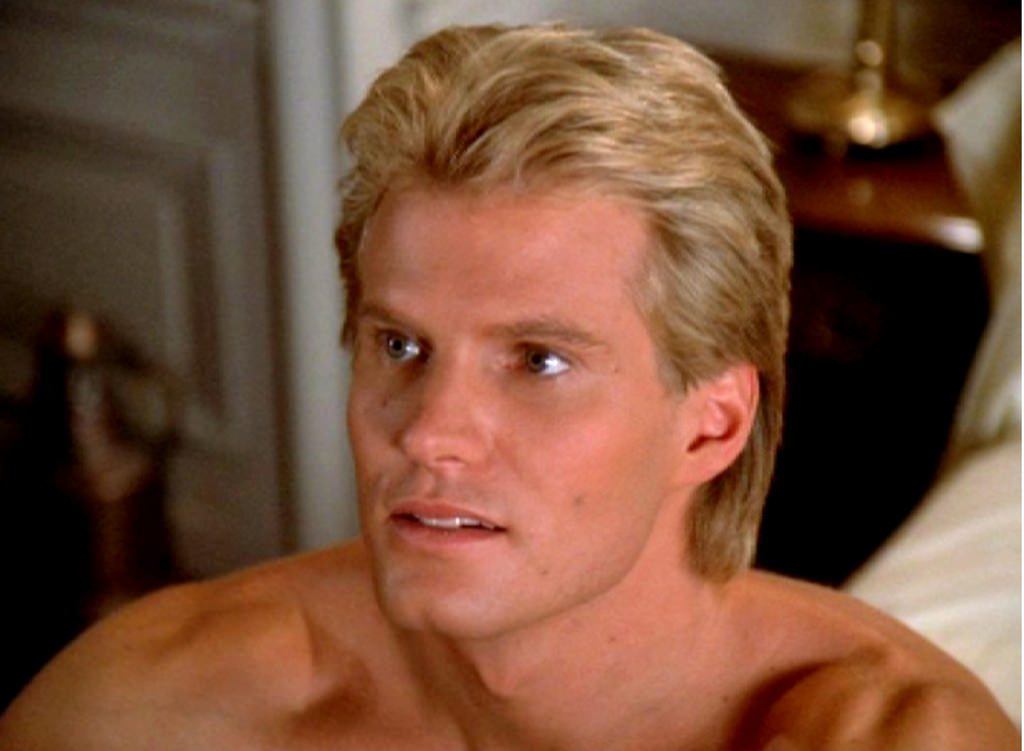 Al Corley quitting Dynasty led directly to the storyline in which Steven was injured in an oil rig explosion. The explosion caused major facial injury, which required massive plastic surgery to fix – and saw Jack Coleman replace Corley in the role.

Joan Collins and John Forsythe didn’t get along 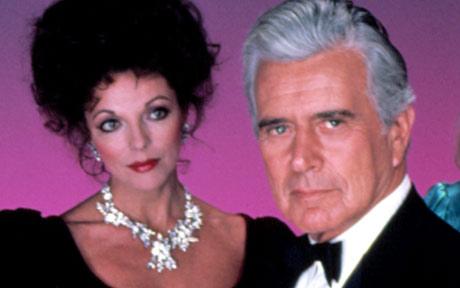 Joan Collins and John Forsythe did not get along during the production of Dynasty, though ironically Collins did get along with her on-screen sparring partner Linda Evans.

Streets in Yugoslavia emptied whenever the show was on 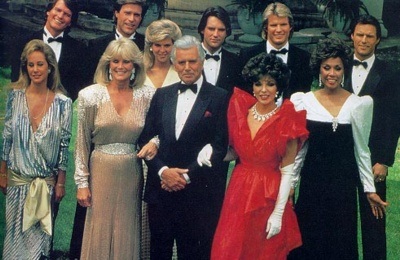 In the old country of Yugoslavia, Dynasty was such a big hit that at 9 PM when the show was on TV, the streets were emptied as everyone went home to watch it. 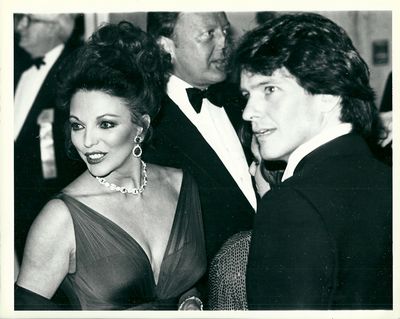 Joan Collins and Gordon Thomson played mother and son in Dynasty, but in reality Joan Collins is only 11 years older than her on-screen son!

Forsythe was the only actor to star in all 220 episodes 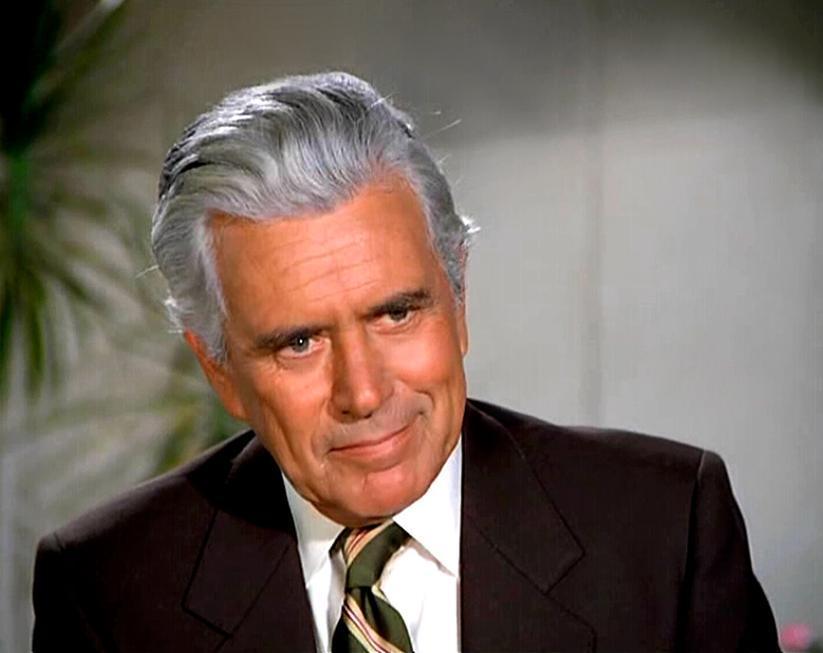 During Dynasty’s run of a massive 220 episodes, only one actor appeared in all 220, that being John Forsythe in his role of Blake Carrington.

Elizabeth Taylor and Sophia Loren were considered to play Alexis 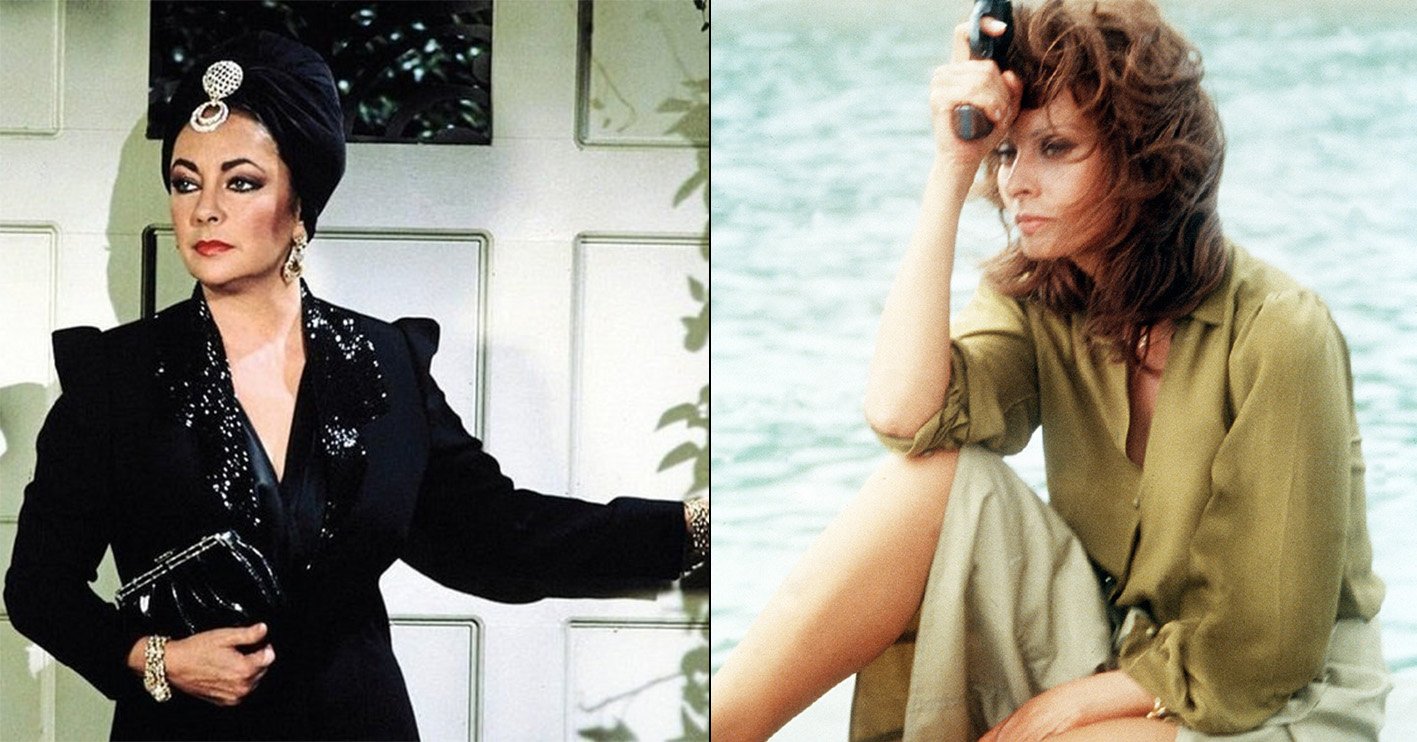 When she was cast as Alexis, Joan Collins did herself proud as she was up against some formidable opposition as Sophia Loren, Elizabeth Taylor and Raquel Welch were all also considered for the role. 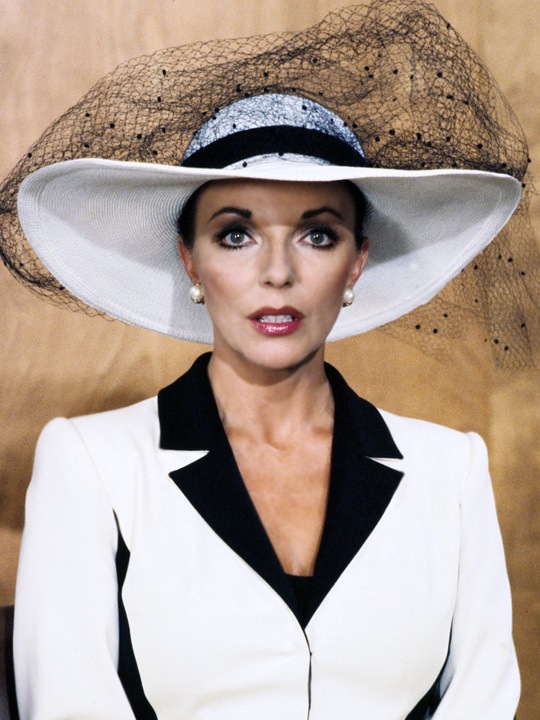 The character of Alexis has become synonymous with Dynasty, but in the original drafts of the script the character was actually named Madeleine.

Alexis has been voted the greatest TV villain ever 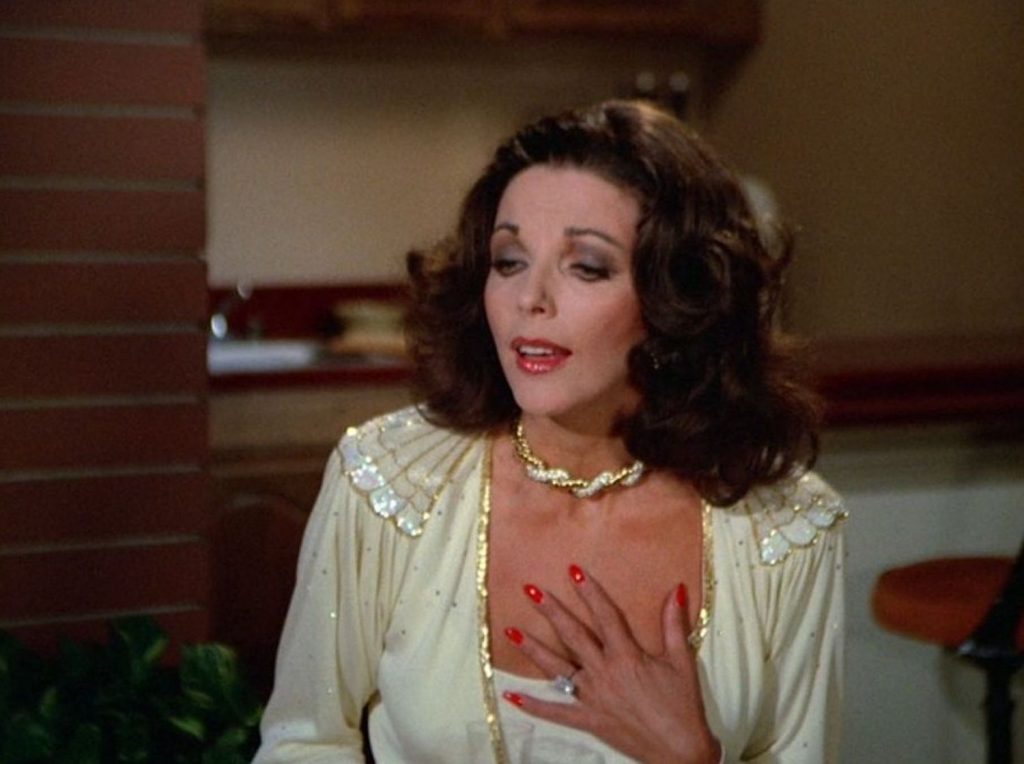 In Germany, network RTL searched for the top 10 greatest TV villains and Alexis Carrington was top of the list at number one!