A deft blend of comedy, drama and science fiction, Cocoon was a rare 80s film that put elderly characters front and centre. After a ship captain discovers alien cocoons and hides them in a swimming pool, the residents of the neighbouring retirement home go night swimming and find themselves rejuvenated.

The cast included some of Hollywood’s most gilded talent, including Wilford Brimley and Jessica Tandy, as well as 80s up-and-comer Steve Guttenberg. But did you know these fascinating facts about this heartfelt 1985 movie?

10. Wilford Brimley had to be aged up for the role 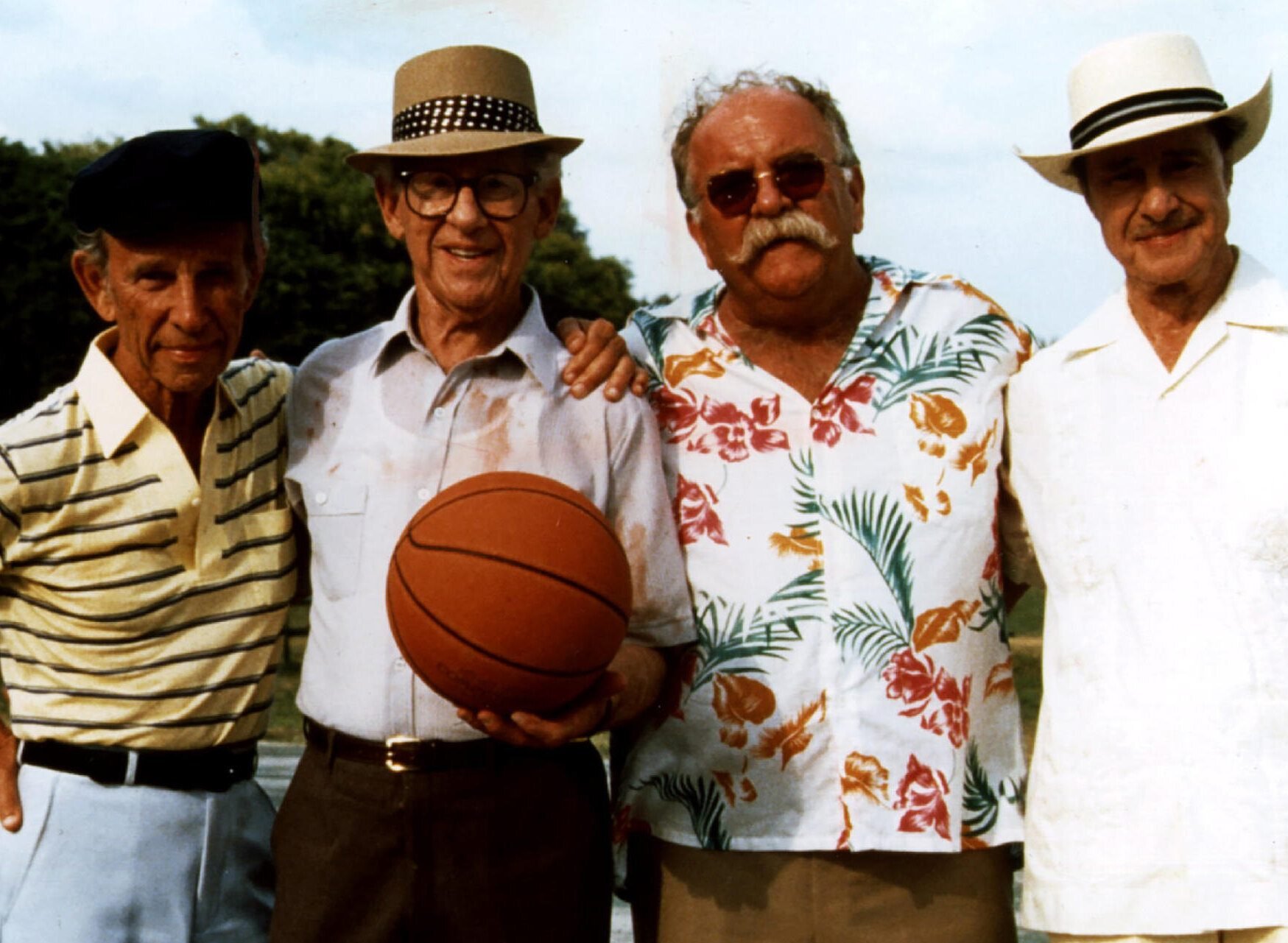 Given that the lead characters of the film live in a retirement home, it makes sense that Hollywood legends such as Jessica Tandy were cast. However, not everyone was quite as advanced in years.

Wilford Brimley was in his 50s at the time of production, meaning his hair had to be dyed grey to make him look old enough. This meant that as Brimley grew older, his appearance didn’t change much – maybe the cocoons worked for real!

9. The actors disagreed about whether they’d actually accept immortality 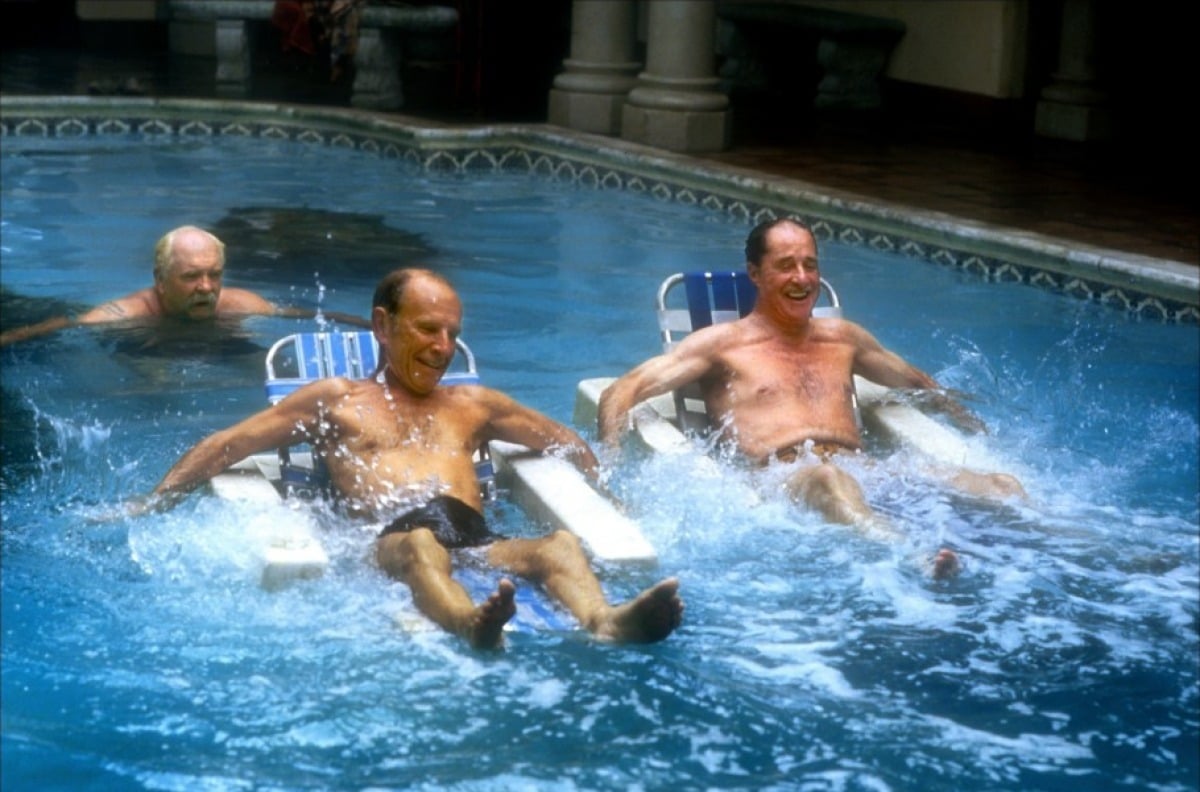 It’s the dream of every child to grow up, and the dream of the elderly to be young again. This central premise gave the older members of Cocoon’s cast a lot to think about, particularly as pertained to the aliens’ offer of immortality at the end of the film.

Whilst some actors, such as Maureen Stapleton, were dead against the thought of the chance their characters were offered in the film, others such as Don Ameche said they would be first in line for the opportunity.

8. Steve Guttenberg and Brian Dennehy were stopped for drink driving during production 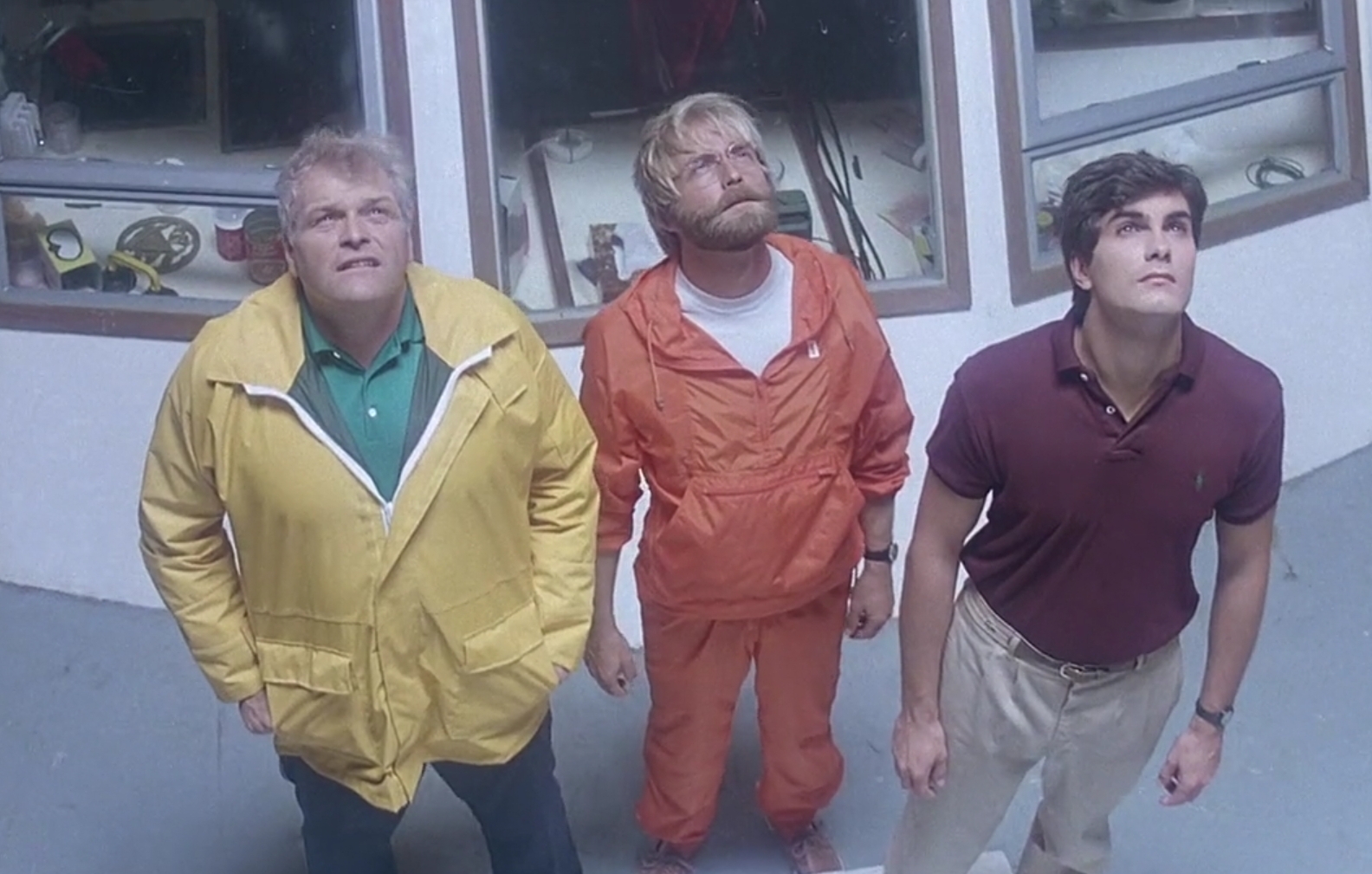 Steve Guttenberg, known for screwball comedies such as Police Academy, has an unexpectedly earnest role in Cocoon. That said, once a hellraiser always a hellraiser. Guttenberg was pulled over for drink driving after a night out on the town during the film’s production.

Who was in the passenger seat? His co-star and Olivier-winner Brian Dennehy! 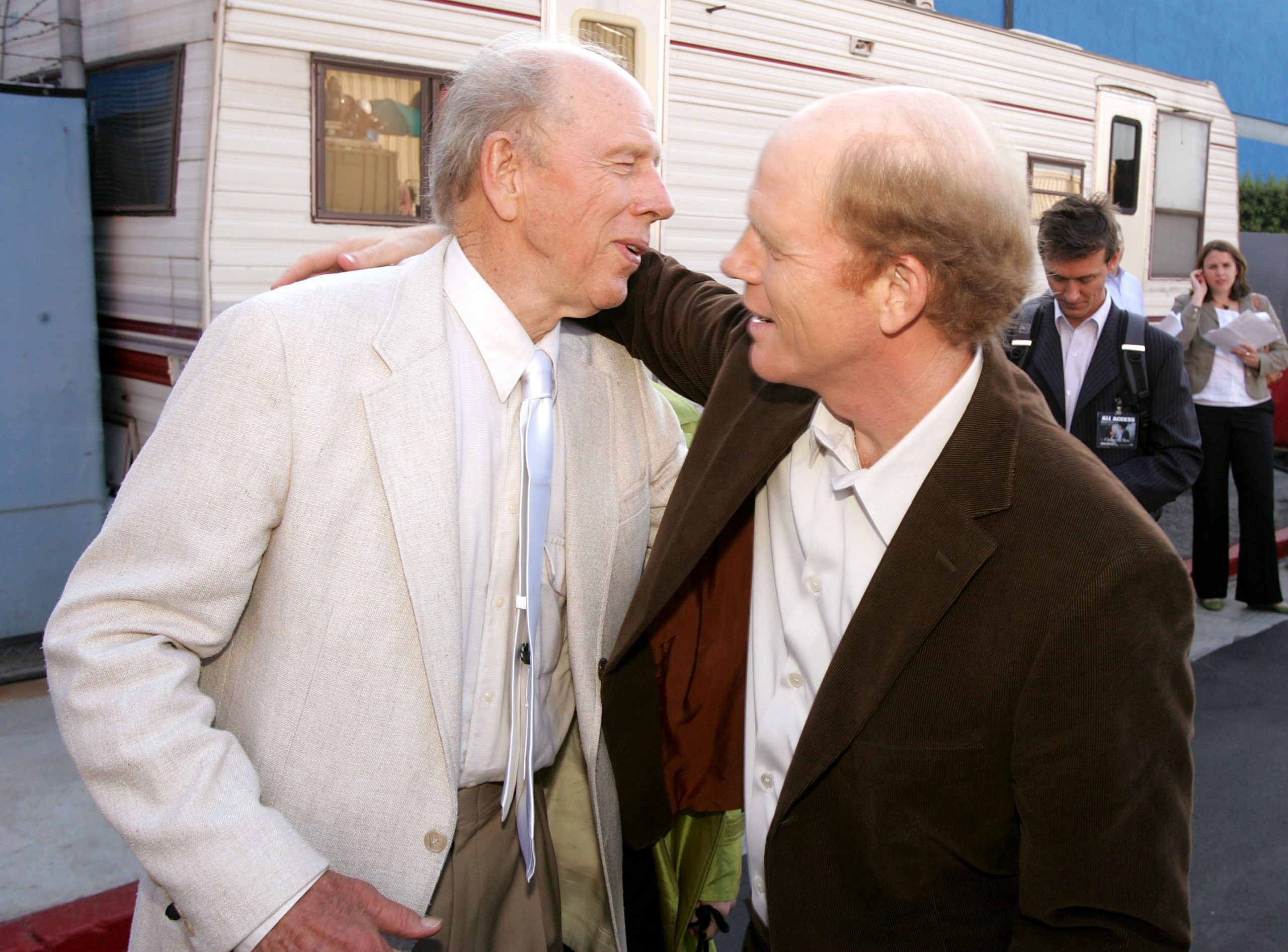 Ron Howard, once upon a time the young upstart in a famed acting dynasty (and now the patriarch of the dynasty himself!), is no stranger to including his family in his films. His brother, Clint, stars in several Howard flicks.

However, Cocoon takes the prize for most Howards in a single feature, with his father, mother and sister also having cameos. 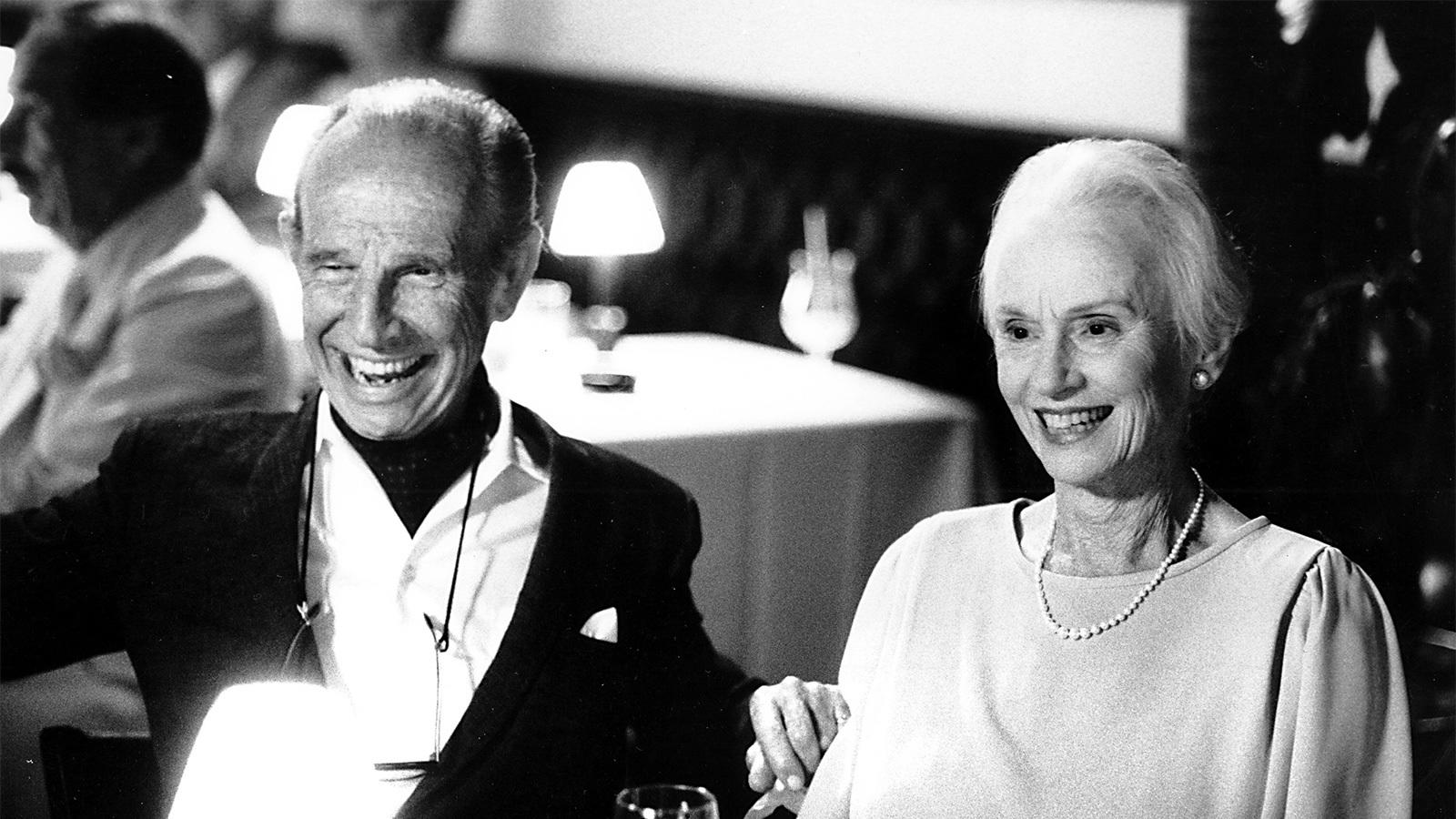 If you thought Hume Cronyn and Jessica Tandy’s characters had great chemistry in Cocoon, there’s a good reason: the pair of acting greats had at the time of production been married for more than 40 years.

Cronyn and Tandy would be married for a total of 52 years until Tandy’s death in 1994. The two starred in a number of other films together, including Foxfire and Batteries Not Included. 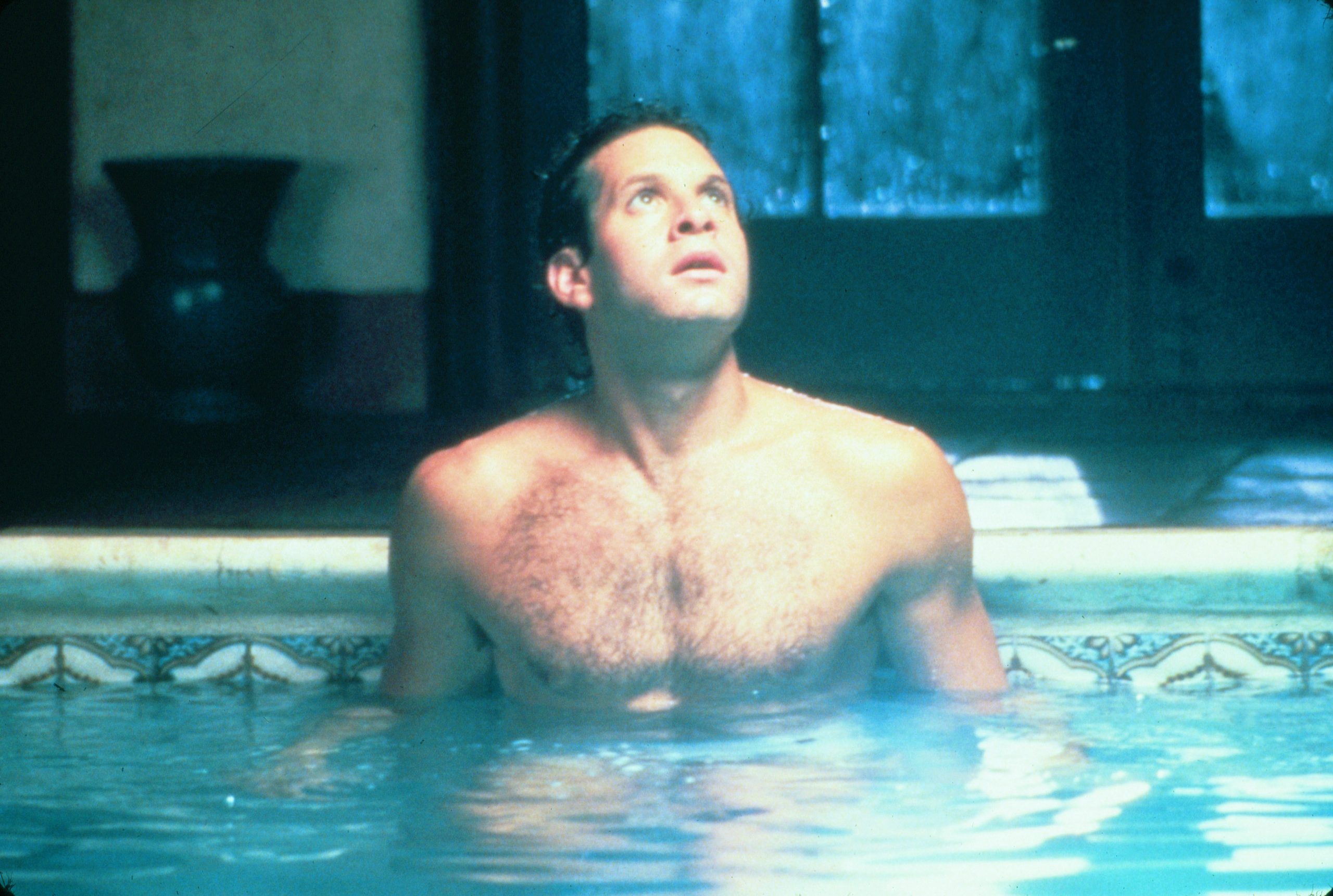 Steve Guttenberg could do it all: be funny, be dramatic, and be hunky throughout. As such, his price tag in the mid-80s skyrocketed. However, he agreed to star in Cocoon for a reduced fee.

Why? Guttenberg loved the script and wanted an opportunity to work with Ron Howard. This would be the only time the pair would collaborate, with Guttenberg going on to star in a series of schlocky comedies and Ron Howard going on to be more successful.

4. Robert Zemeckis was meant to direct, but was fired because of Romancing the Stone 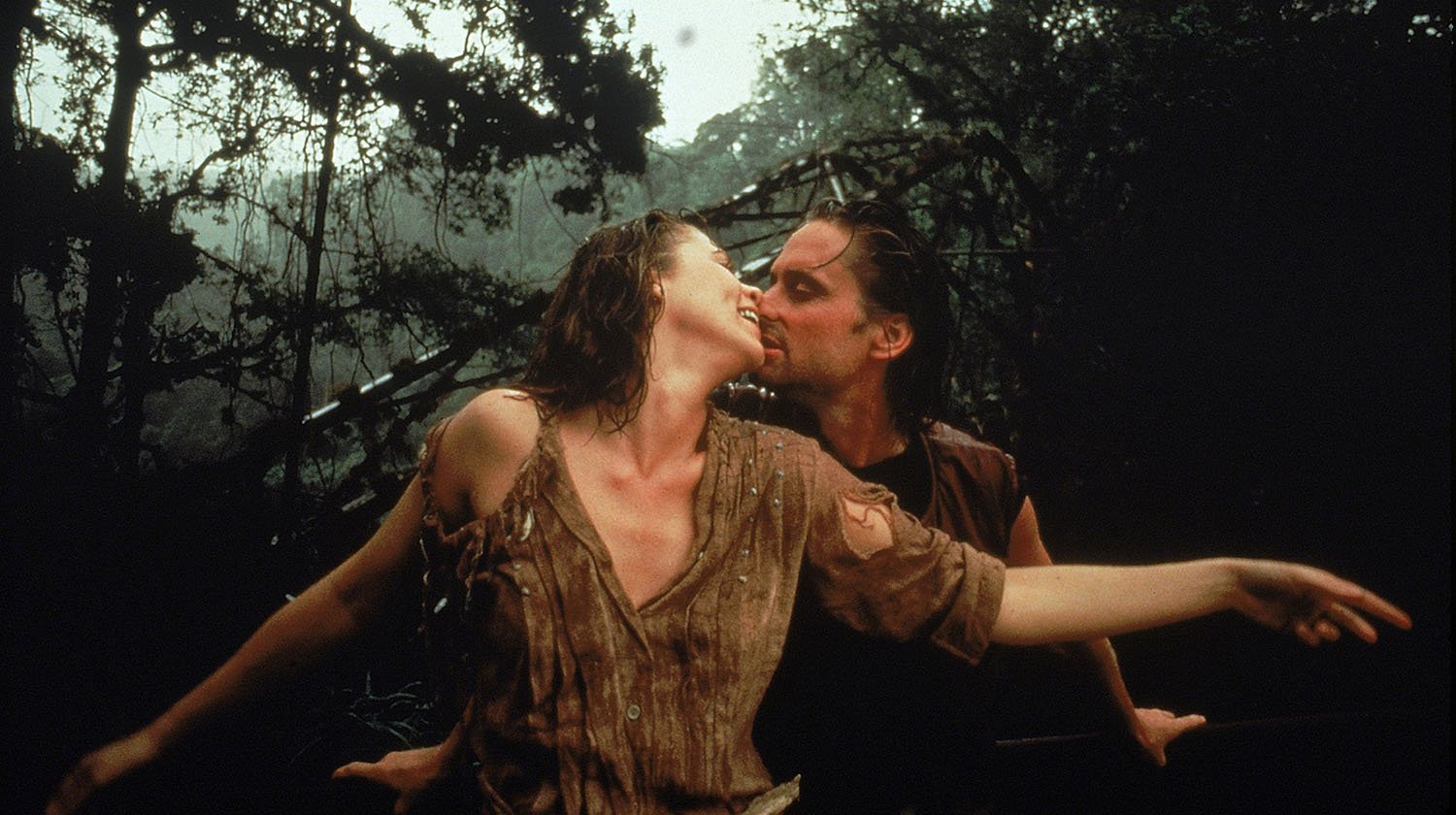 Cocoon was originally to be helmed by Robert Zemeckis. However, Zemeckis’ plans for Cocoon were quashed when audiences reacted negatively at test screenings for Romancing the Stone.

In the end, Romancing the Stone proved a major hit, and Zemeckis was given free rein for a project to release in 1985. That film would be a little caper known as Back to the Future. 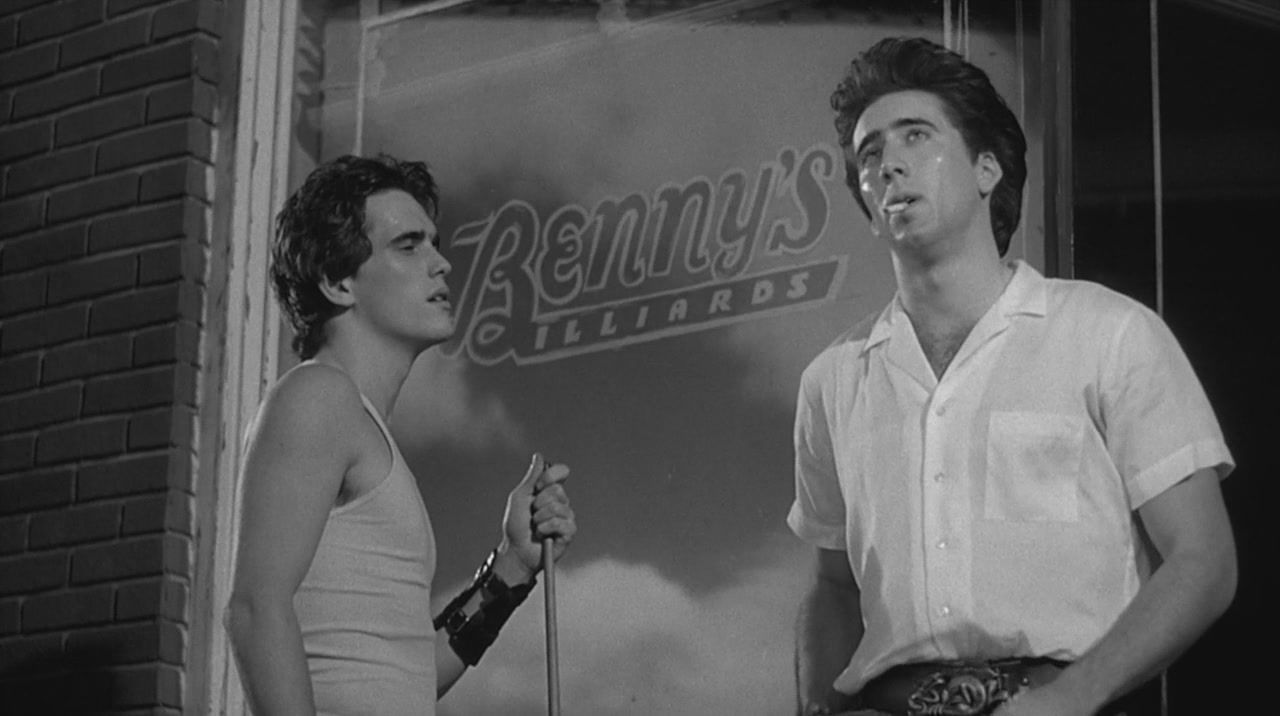 When you want to become a Hollywood star, it helps to be related to one of its most lauded directors. Even then, Nicolas Cage (whose real name is Nicolas Coppola!) was struggling to find the right roles.

Cage auditioned for Jack Bonner but lost out to Steve Guttenberg. The following year, however, he would star in Peggy Sue Got Married, and a string of classics after that.

2. Hume Cronyn left another actor unconscious with his right hook 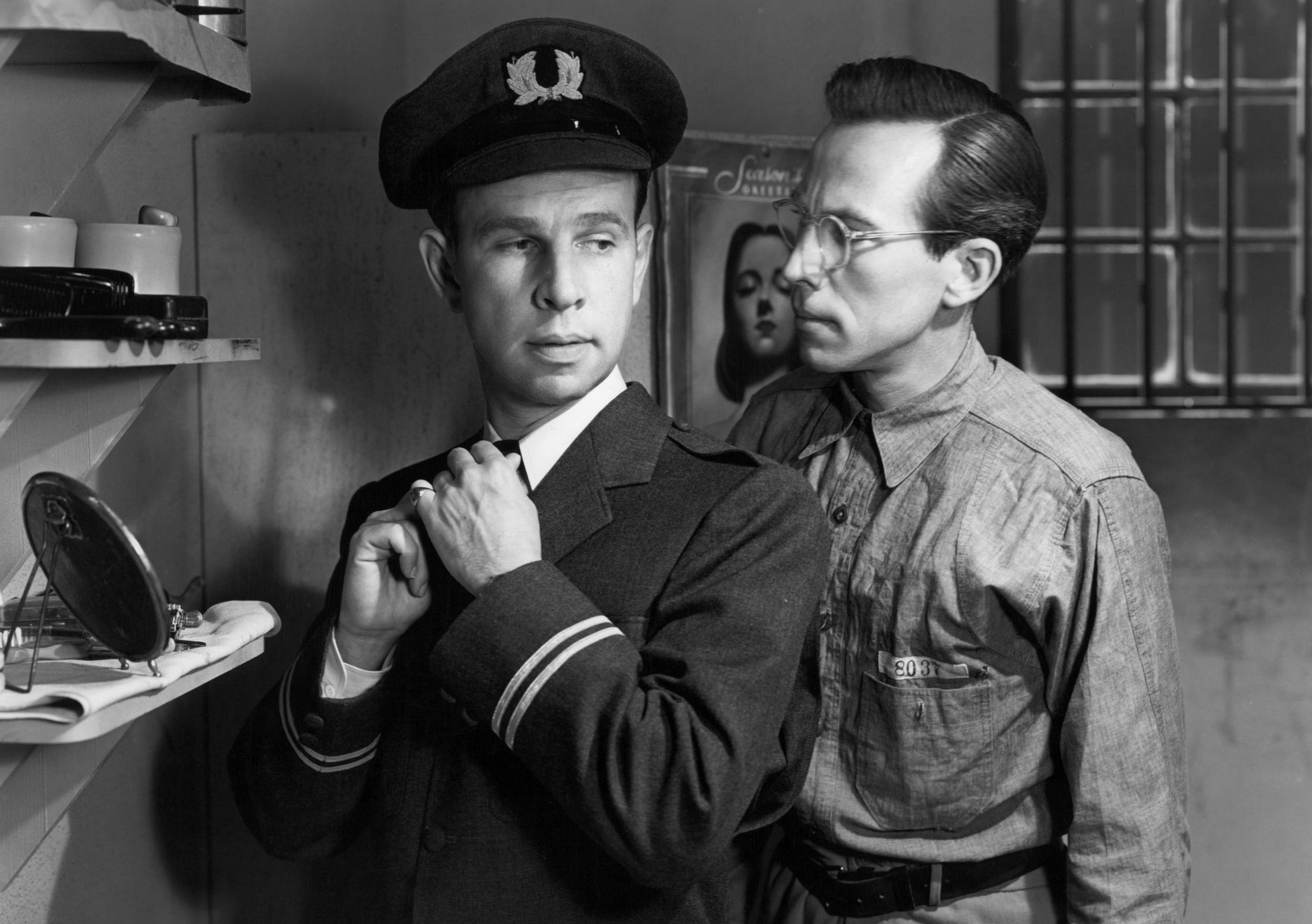 Hume Cronyn wasn’t always an actor – at one time he was a boxer awarded a Golden Glove. In fact, he even lost an eye during one of his bouts.

These facts combined to cause a problem on the set of Cocoon. When Cronyn was instructed to theatrically hit another actor playing an orderly, his lack of depth perception meant his blow connected. Worse still, his co-star was knocked unconscious. We’re happy to report he made a full recovery, but whether Cronyn recovered from the embarrassment is less clear.

1. The homeowners later built the pool house for real 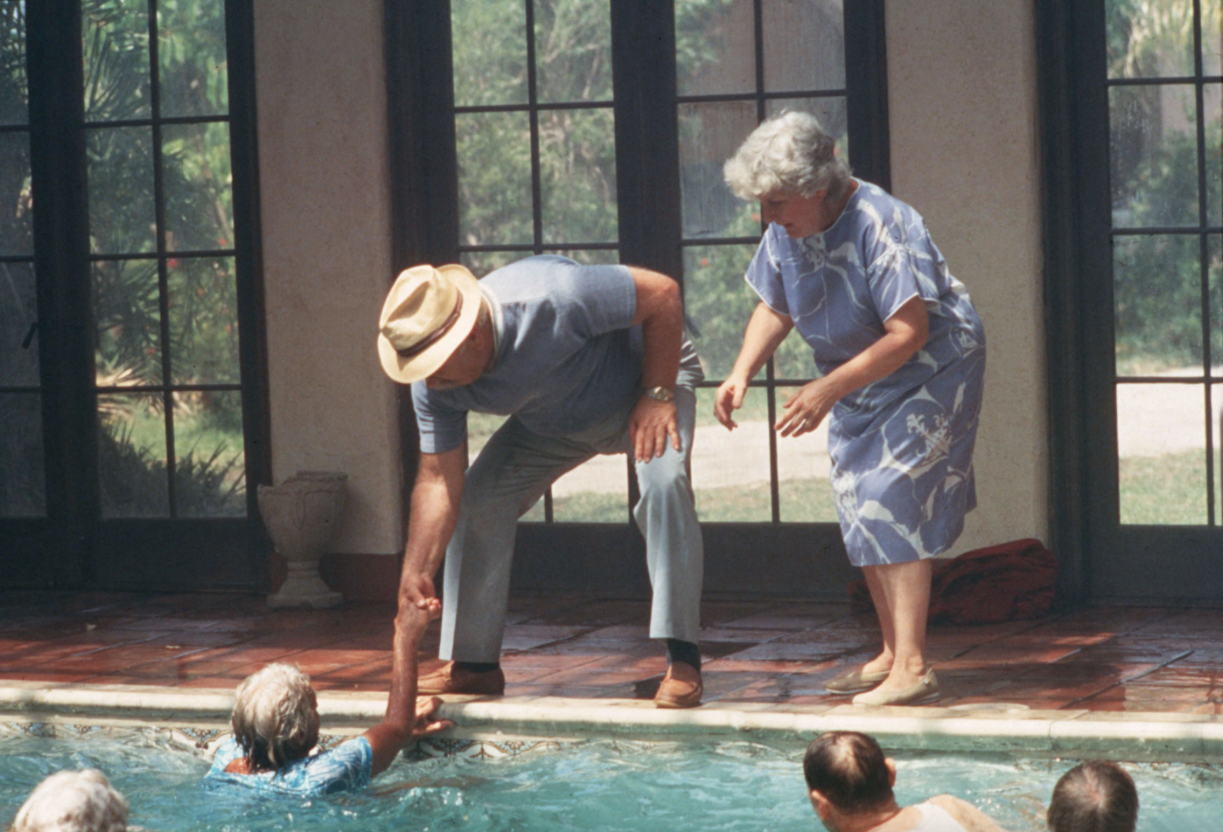 When movie productions come to town, everything changes. In the case of Cocoon, a real, lived-in house was rented by the crew and renovated. A pool house was erected as a temporary structure around the actual outdoor pool.

The residents of the house were so taken with the idea of a pool house, however, that they eventually had it built for real based on the specifications of the movie set. The moral is: if you’re thinking of undertaking home improvements, get Hollywood to make the suggestions.